News & Politics / Reportage / Why geek culture is taking over Africa 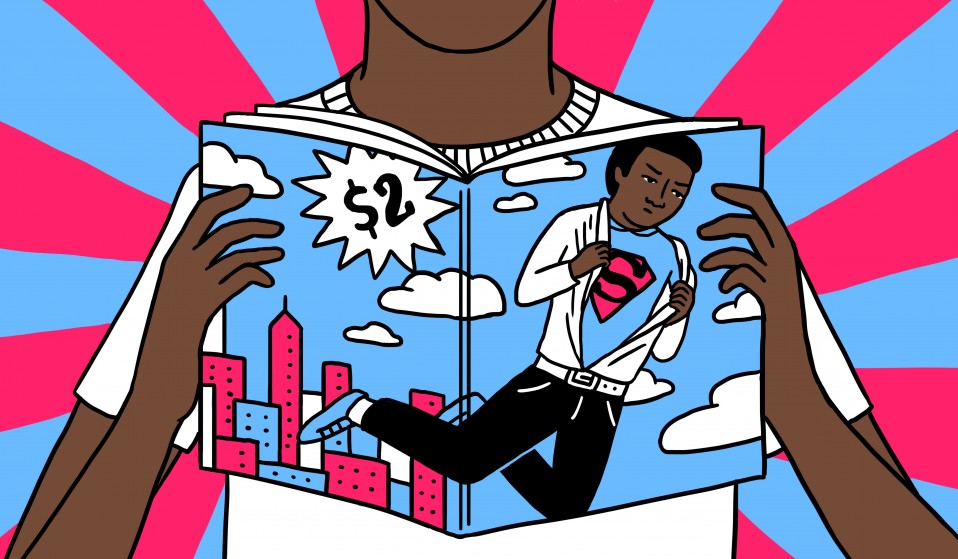 A counter-intelligence agent who operates across Southern Africa. A powerful superhero who, when inflamed, becomes part razor. Labour migrants seeking to travel from Zimbabwe to the much more prosperous South Africa.

These are just some of the characters who populate current Zimbabwean comics. And ground zero for bringing all these voices together is a one-room office in an affluent part of Harare, Zimbabwe’s capital, where the animation studio Makanimation is based. Here, Makanimation’s creative director, Tinodiwa Zambe Makoni, and comics creator Eugene Ramirez Mapondera, of Enigma Comix, operate the non-profit Comexposed, which is dedicated to strengthening the young but thriving geek subculture of Zimbabwe’s cities.

This duo – who are boyish, smiley, and eloquent – were fellow lecturers five years ago at an animation institute. They realised that there was a crying need for a group connecting producers of animation, comics, and related work. There was no physical space for this community to meet – there’s still no comic book shop in the whole of Zimbabwe – but Facebook made this community possible. Makoni explains, “We can’t say we’re the only ones to have this idea, but not everyone does something with it.”

Comexposed has taken off. There was about a year of cultivating awareness about Zimbabwe’s comic book scene, which was especially necessary for the newer generation of sci-fi, comics and gaming lovers. Makoni explains that prior to 1996, both foreign and domestic comics were available in general shops, then in bookshops, and after that in flea markets (leading to some surreal moments where random first editions could be acquired). With Zimbabwe’s economic collapse, however, comics, like so many other goods, essentially disappeared. So “there’s a whole generation that lost touch with that medium…Getting comics or any kind of pop culture became like gold.”

Eventually enough interest in the medium, and in geek culture more generally, led to Zimbabwe’s first Comic Book Day and comic-con (also called Comexposed), starting in 2015. There have been two each of these events so far, with the next Comexposed convention scheduled for October. Interest outside of Harare has led to similar events in other cities.

The events are opportunities for independent creators to sell their work, and for fans to indulge their cosplay habit, which is nascent in Zimbabwe. Enthusiasts might dress up as Umzingeli, the counter-intelligence agent character created by Mapondera. They might come as characters from the Death Note manga series (manga and anime have a devoted online following in Zimbabwe). They might craft Maleficent costumes (which created some consternation among passersby at this “demon” walking down the street). For a young geeky community that generally consumes pop culture online or through the mail, gathering spots have strengthened the sense of community. 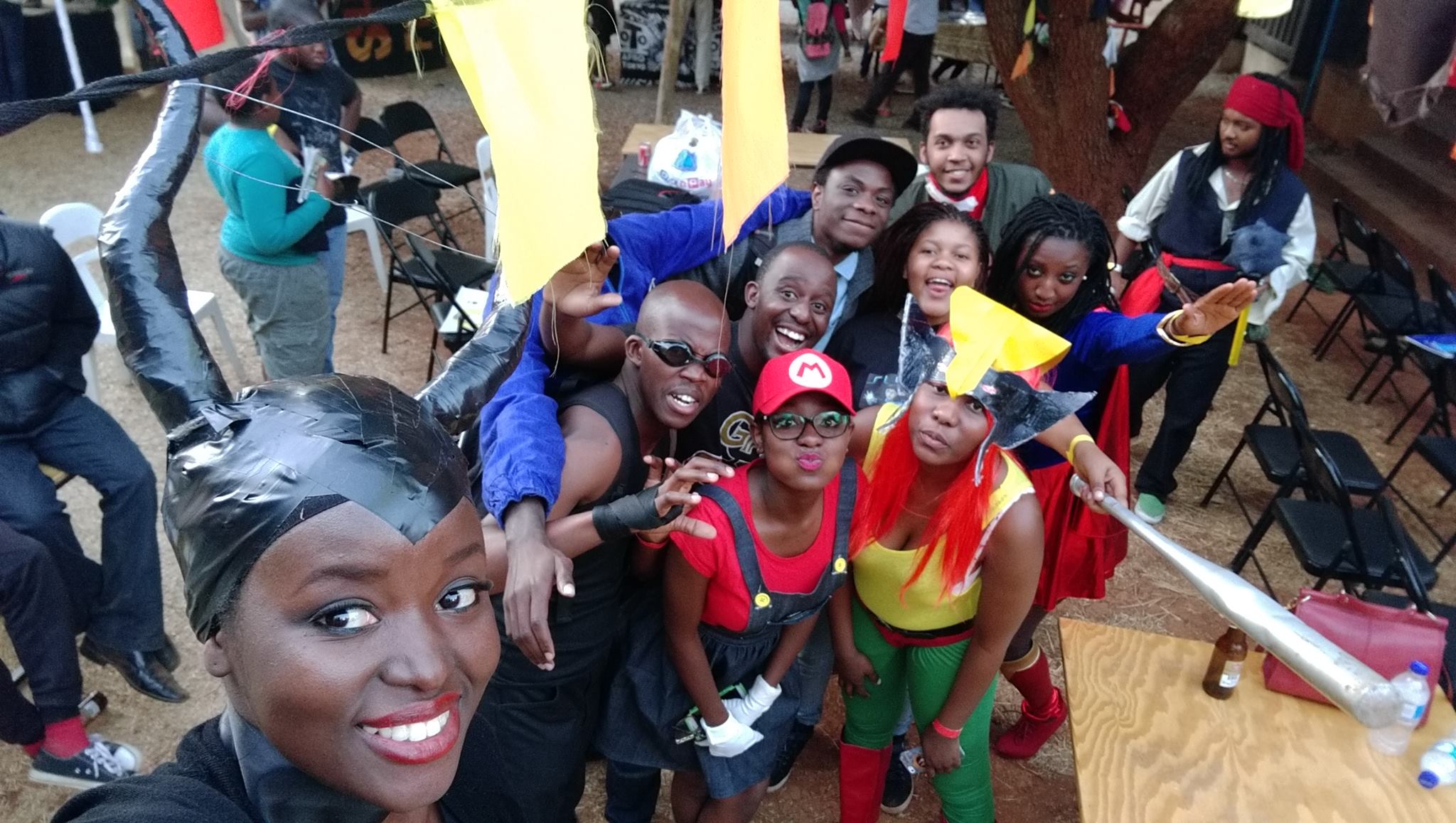 This also means that the local comics sector is, as Mapondera puts it, “getting closer and closer to a sustainable model that can actually grow.” This would be aided by local sponsorship of superhero characters, and perhaps merchandising opportunities.

The expense of printing and distributing comics is still a major barrier to upscaling, particularly for indie producers. In Zimbabwe, a comic might sell for $1–3 ($1 is the price of a newspaper here, while $3 is the cost of a magazine). These aren’t huge amounts, but they’re out of reach for a good chunk of this cash-starved nation, where queues at banks can extend for hours, and it’s all too common to find that cash machines have run dry. Zimbabwe has one of the lowest GDPs in the world, yet prices are high for the region, and unemployment is a preoccupation of just about everybody.

The Comexposed duo acknowledge that the geeks of Zimbabwe are pretty well-off. “Comic books are after all non-essential,” Mapondera points out. “We’re fighting a culture here in Africa that says that comic books are retrogressive child’s play.”

While basically subsidising Comexposed with their paid work, the pair are also working to erase this stigma. They’re doing this while keeping it local. Makoni and Mapondera, and other comics artists like Bill Masuku, creator of Razor-Man, are fiercely proud of retaining their Zimbabwean sensibilities. “One of the areas of focus right now is bringing attention back to the local,” says Mapondera; Makoni adds that this involves “relating heroism and heroics using familiar themes available in Zimbabwe.” So the characters in Zimbabwean artists’ work might tackle labour exploitation, or corruption, or poor governance. It’s hard for Zimbos to relate to, say, organised crime, nuclear power, or other threats ubiquitous in American or Japanese comics.

This doesn’t mean that there isn’t a market for homegrown escapism in Zimbabwe. Zimbabwe’s first-ever sci-fi film, an alien fantasy directed on a shoestring by Van AJ Klaus, premiered in May. There’s also increasing interest from an older generation in comics that touch on nostalgic themes, including local folklore.

One step in this direction will be releasing some work in the Ndebele and Shona languages, as Makoni is planning to do. English, while ubiquitous in Zimbabwe as a print language, generally isn’t a first language. Thus, Mapondera notes of the word ‘geek,’ “the term is so alien here that some young people don’t even know that they’re ‘geeks’.” A Shona or Ndebele term for this community might be forthcoming.

Consuming and producing pop culture isn’t revolutionary on its own. But as a means of political expression or non-political creativity, it’s an important outlet for many young Zimbabweans who might subscribe to a different model of national pride than the official, historically violent, kind promulgated by Mugabe and company. It’s time, as Makoni says, to “own our storytelling.”

Linkedin
RELATED ARTICLES
OTHER ARTICLES
Taking us through one of the most dynamic years in recent history, Laylah Amatullah Barrayn new photo book contains tender yet confrontational portraits.
After blocking the Scottish government’s gender recognition reform bill, Westminster is now devising further changes to the law to make it harder for trans people to self-identify.
Jeffrey Henson Scales intimate portraits and protest images of the BPP and its leaders offer a rare insight into organisation at a time of societal upheaval.
A new podcast is opening up the conversation between trans women and trans amorous men in the hope of building coalitions.
The pro skateboarder withdrew from the 2020 Olympic Games so he could come out as trans. Now, he’s hoping to encourage others to live as their authentic selves – within the sport and beyond.
After fleeing the war in Ukraine, people are finding it impossible to secure affordable and decent housing in the UK.