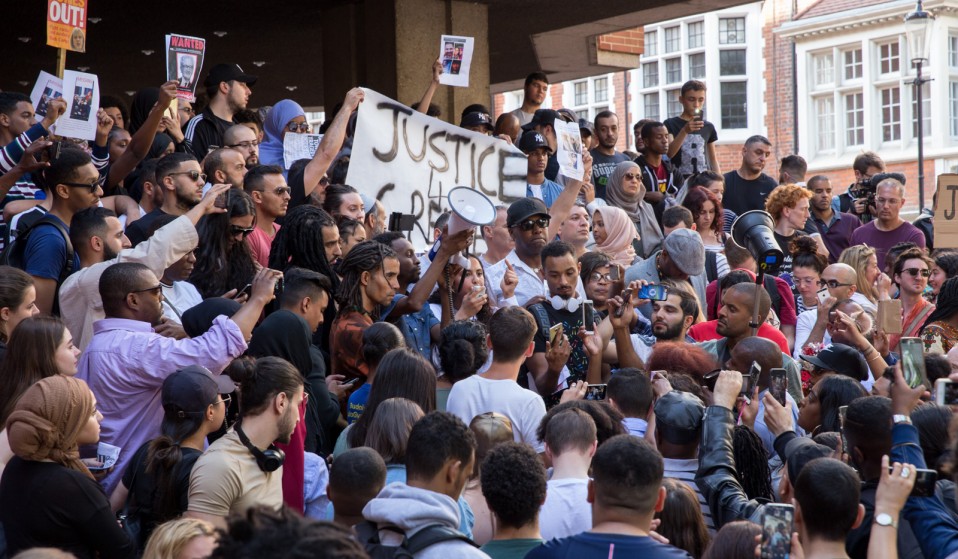 Following the fatal fire in West London, thousands gathered in the tower's charred out shadow to demand answers, justice and respect.

Following the fatal fire in West London, thousands gathered in the tower's charred out shadow to demand answers, justice and respect.

At 18:15 on 4 August 2011, Mark Duggan was shot dead by Metropolitan Police officers. He was unarmed, his murder going on to spark a wave of nationwide uprisings, protests and discontent.

It wasn’t just Mark’s killing that catalysed communities to take to the streets, it was what it represented. To onlookers this might have looked like a single injustice that saw a wave of resistance, but it was on fact that, for those living in Tottenham where Mark was born and raised, it was an all too familiar sight and situation. 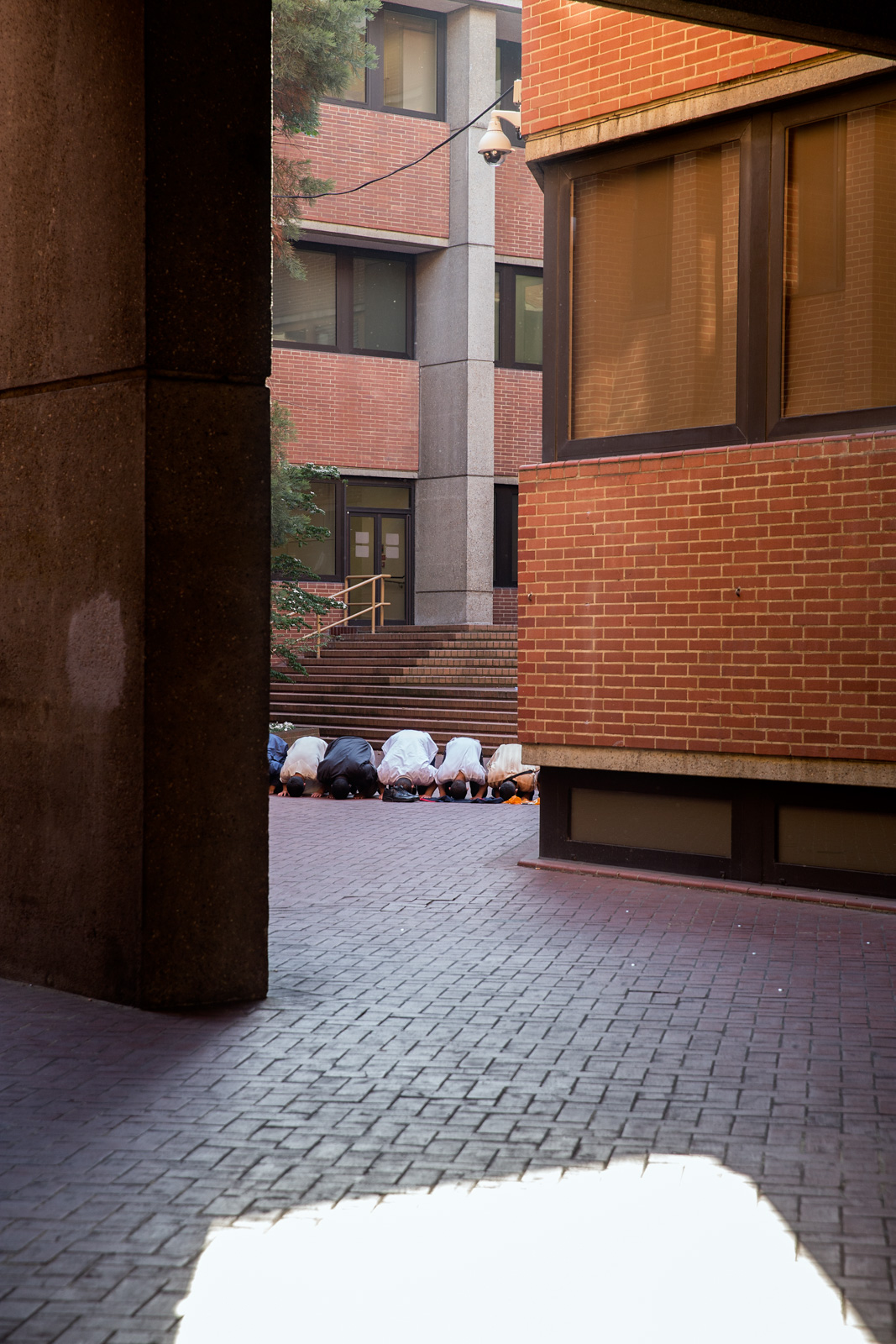 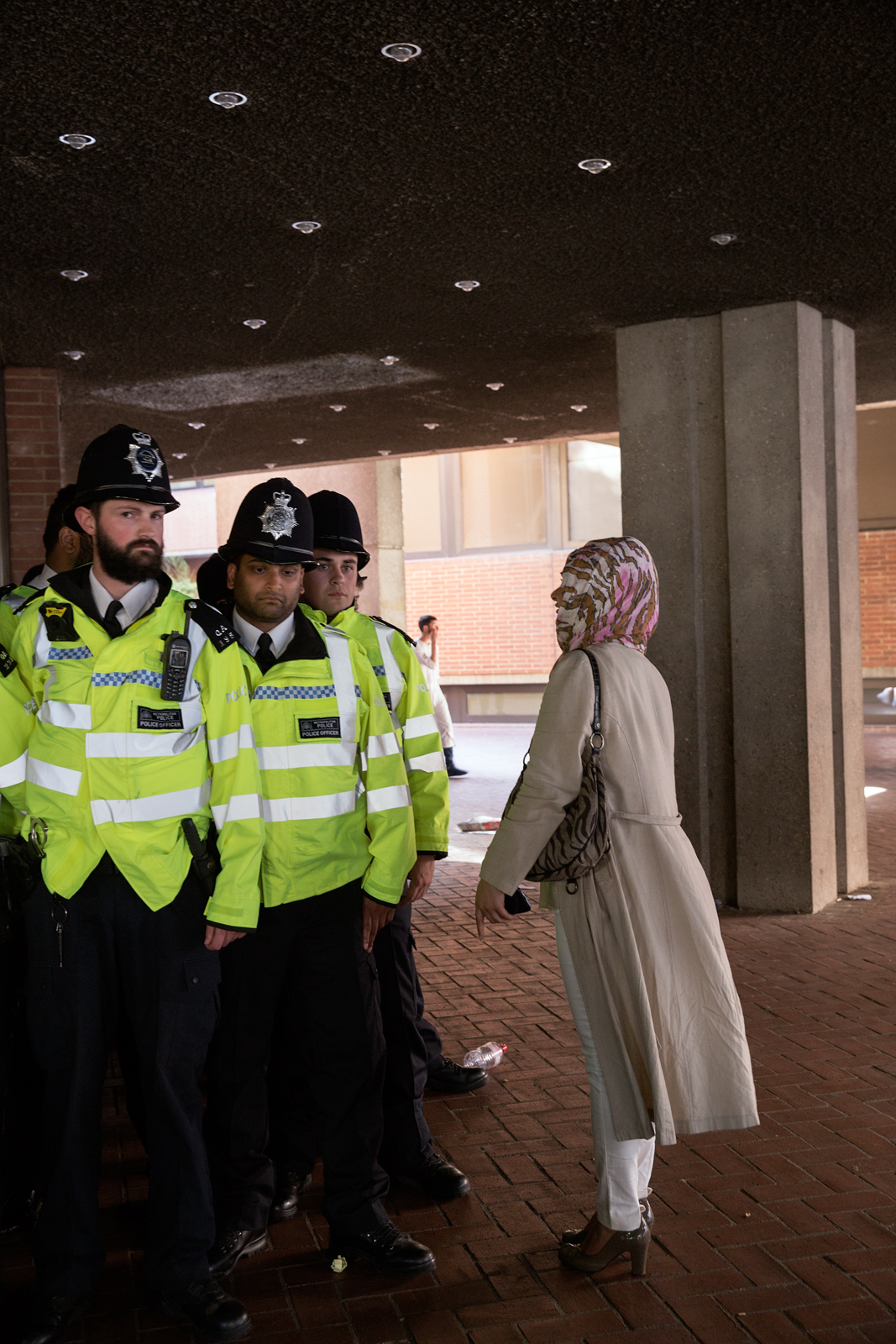 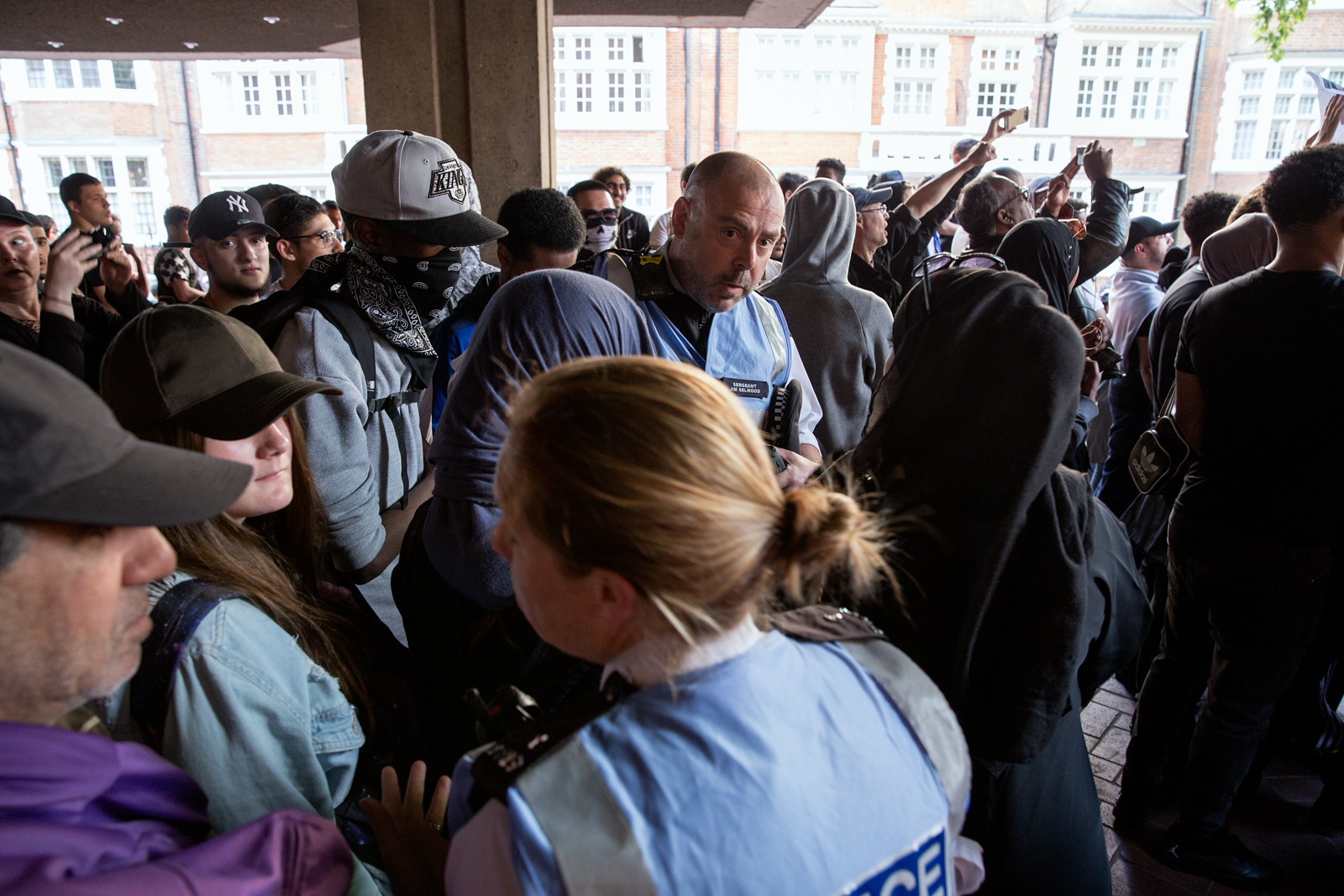 When crowds gathered outside the police station that night, they had basic demands: respect, justice and accountability. When protests turned more volatile police officers went in hard – but what soon became painted by press and politicians as mindless thuggery was in fact a community calling time on state sanctioned repression and violence. On their lives being given such little value.

The details of the fatal, disastrous Grenfell Tower fire are far from entirely clear, but it’s already obvious that the still rising death count could have been entirely avoided if residents had just been listened to. If the state here too had given this community some credence and respect. It feels a lot like 2011.

On Friday afternoon, at Kensington Town Hall, another thousands of protestors came together, angry at the inhumanity of a system that has so far seen 30 confirmed dead. It’s a number expected to hit triple figures. At around 4pm demands were read out, the victims and their loved ones angry that so little communication had been offered by the authorities. Some went into occupation of the council offices saying they’d stay put until provided with answers, but most weaved their way through streets, stopping traffic on both sides of West London’s busy Friday night roads. 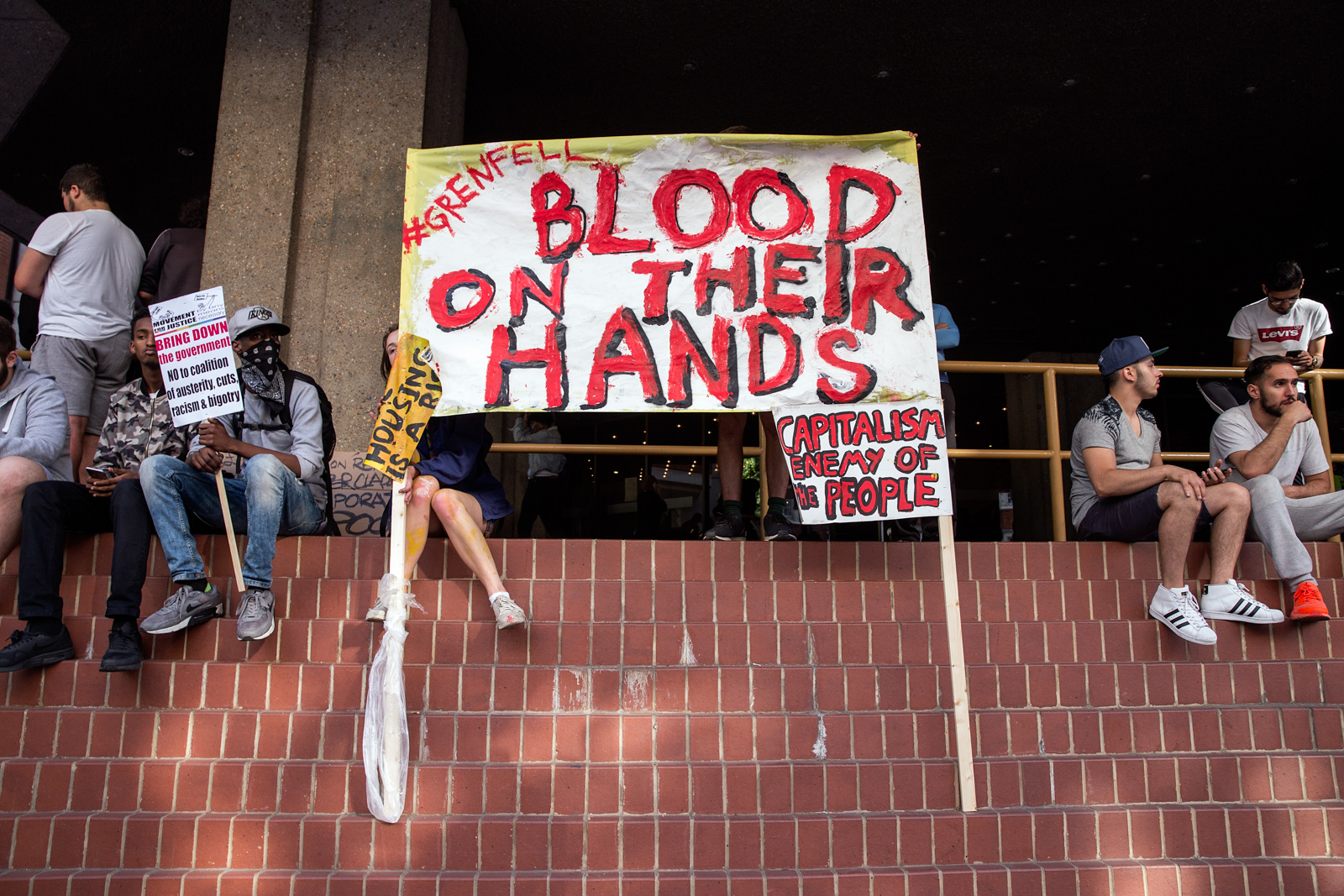 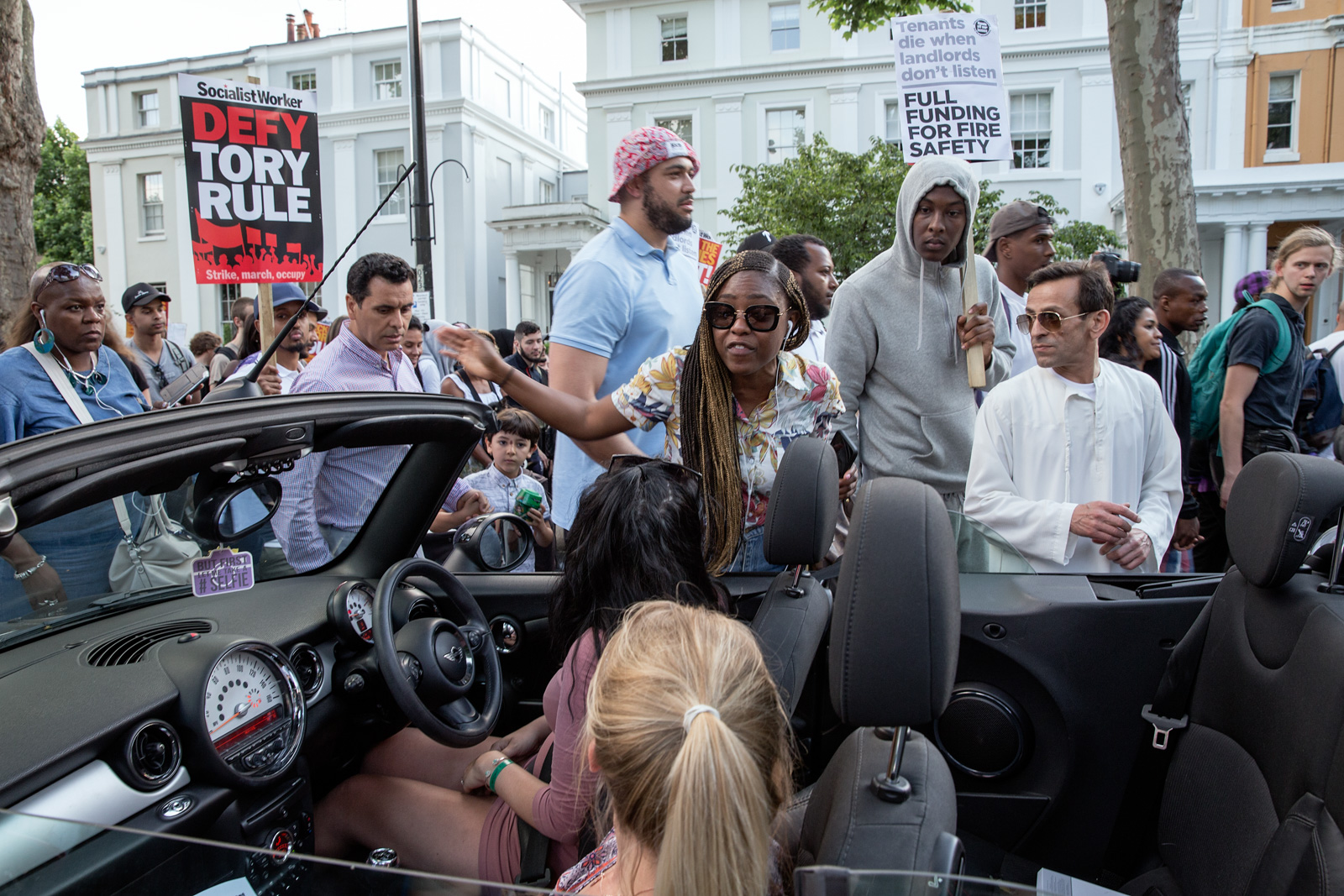 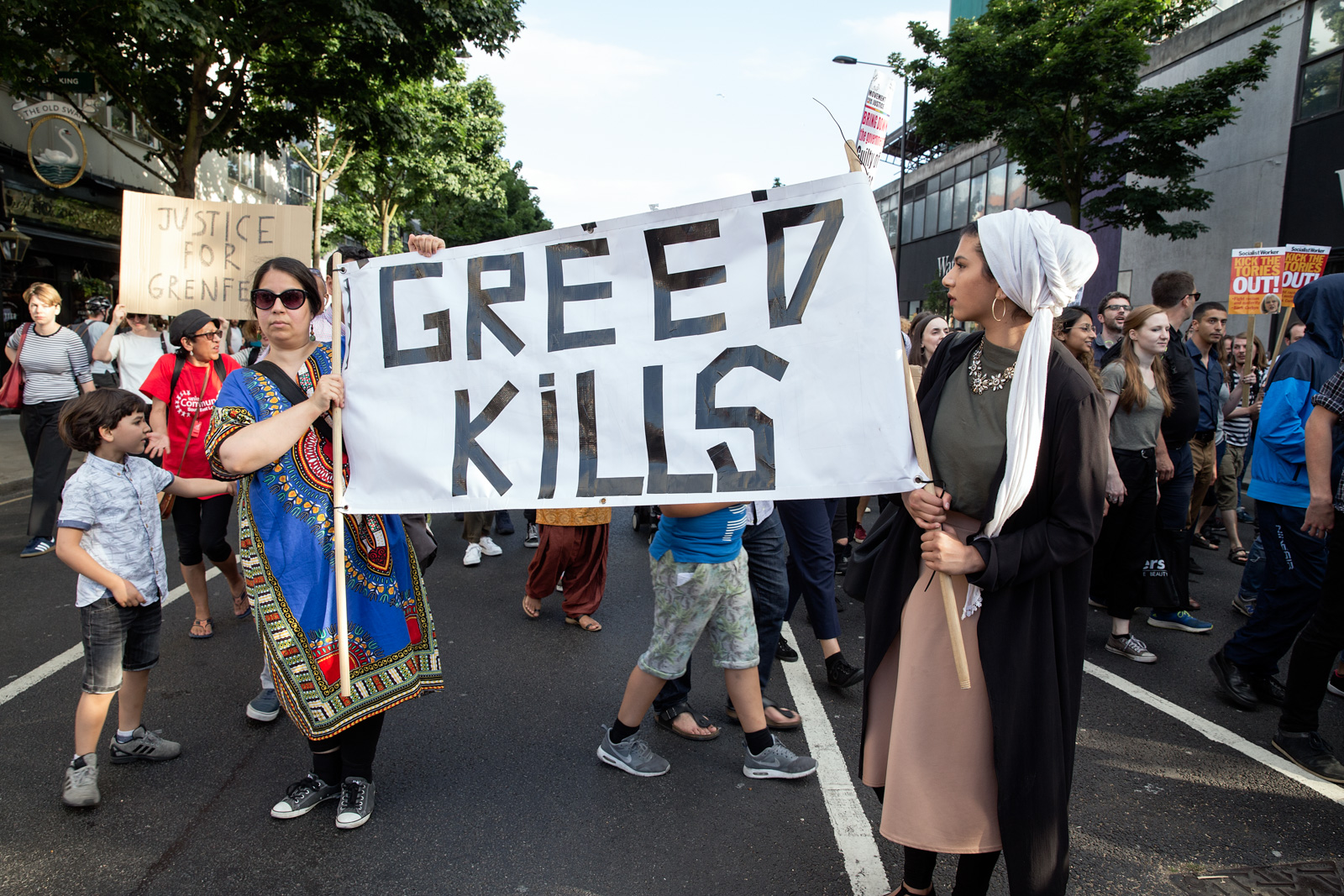 “Theresa May Must Go” echoed around the capital, both in the shadow of the charred out tower block and a few miles up the road, where by 6pm another protest – this in Westminster – had gathered.

“I came here with rage,” said one woman over the microphone, “but control your rage and hold these people accountable, because these people kill our community – they kill us and they burn us, but we made London.”

“This is going to change,” added another. “We are one. We did not stay passive, and did nothing, we went ahead and we did something. We need to show solidarity, unity and love.”

Hours later that march came to an end at a police barrier, an arresting view of the burnout tower resulting in a minute’s silence. Here more people took to the microphone, sharing their thoughts, their anger and their personal recollections of that night fateful night. 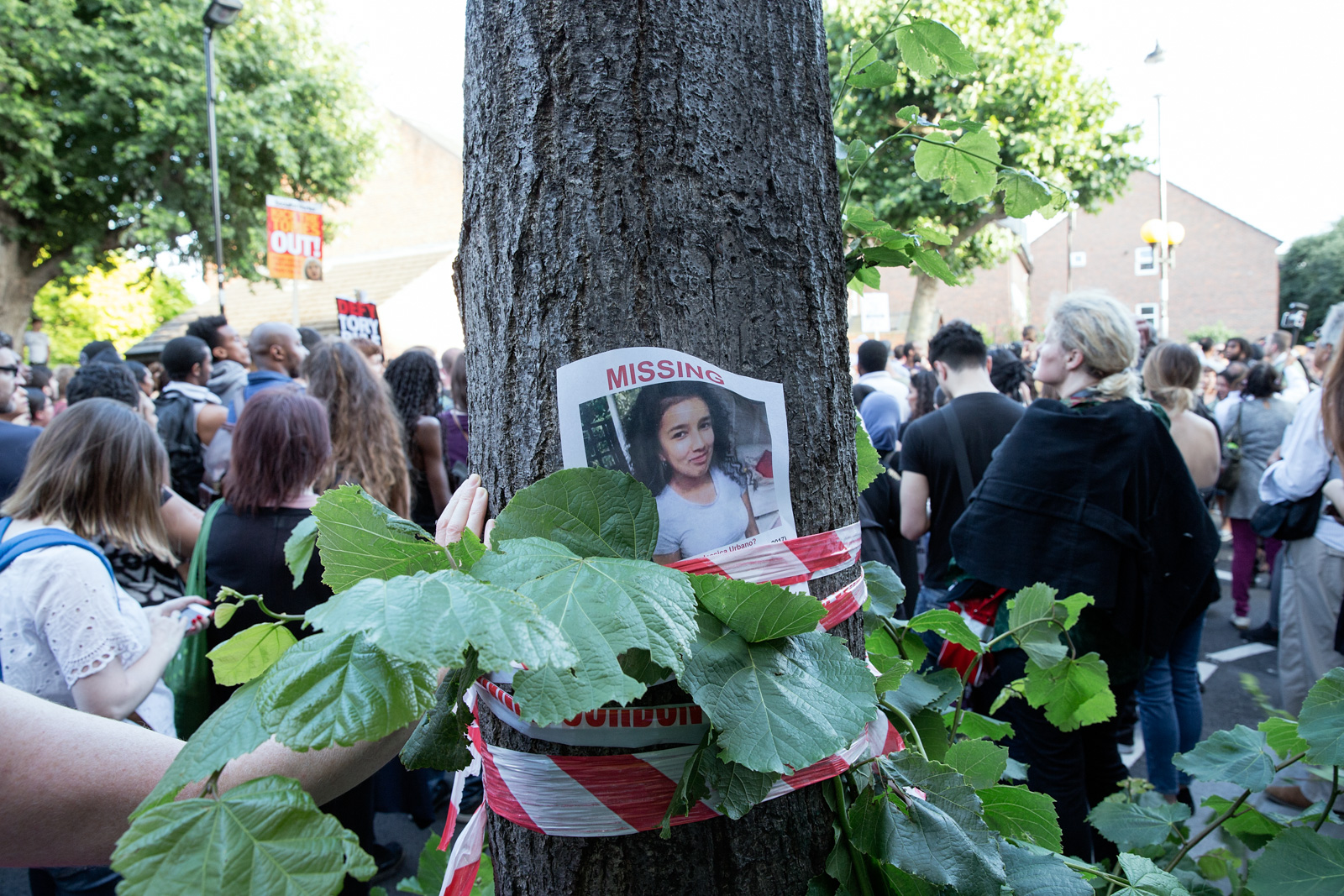 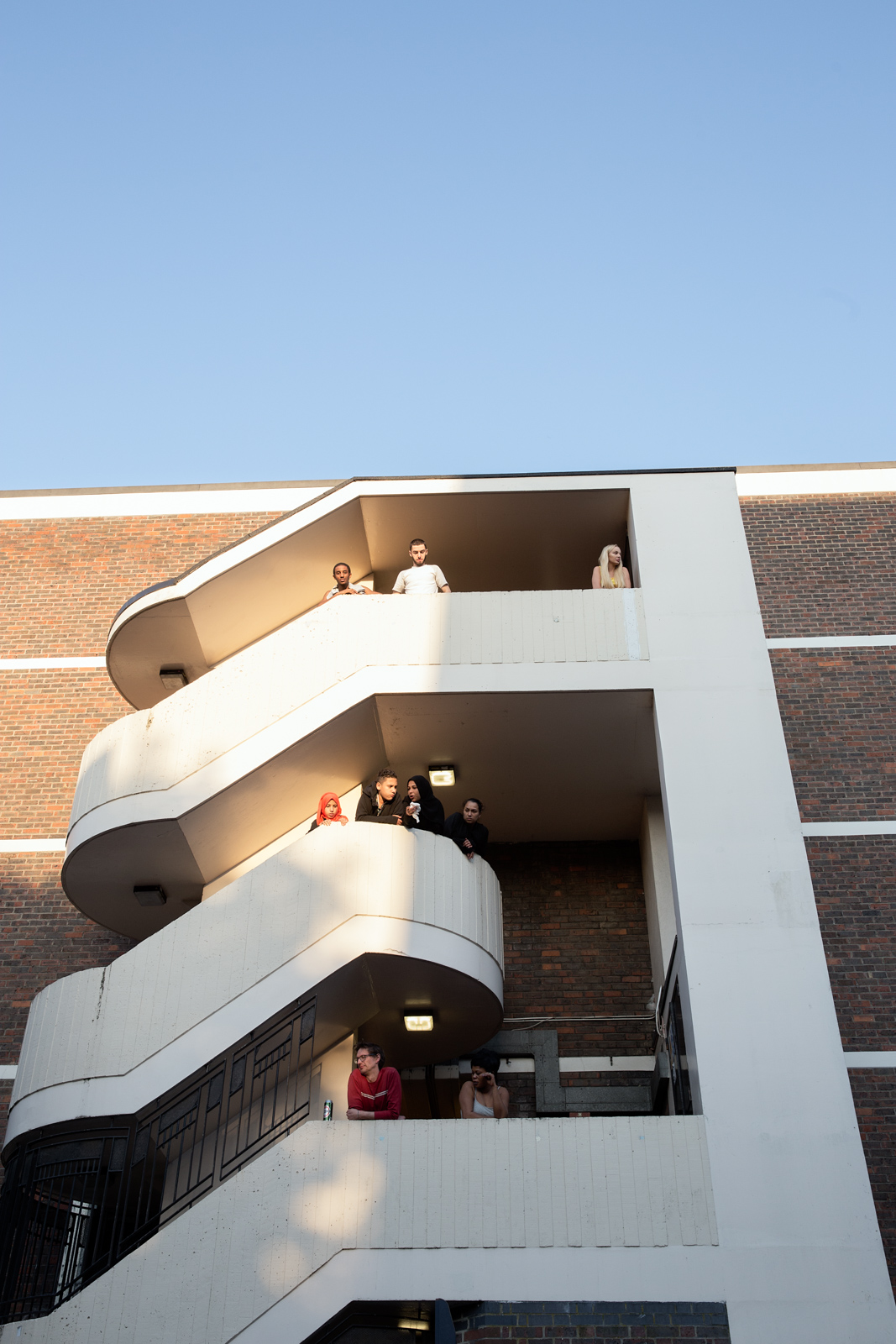 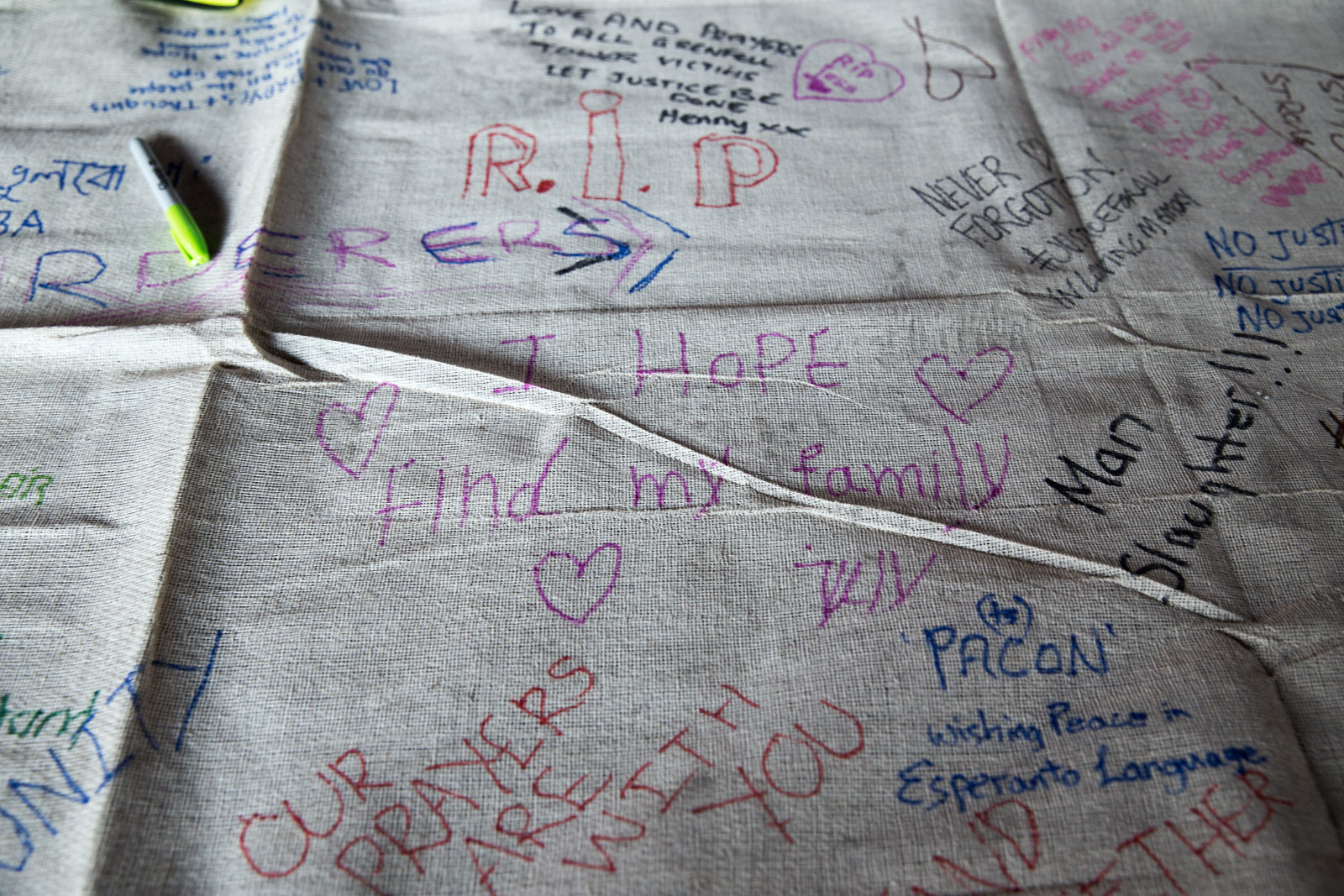 A woman in the crowd turned to those around her, telling them she had stood and watched as people jumped from the tower. She talked of whole families of 5, people she knew had perished on the upper floors.  As she wept she expressed how she suspected she would never overcome the traumatic scenes that she witnessed.

As the evening wore on, people listened and stood, sometimes embracing and the smell of frankincense filled the air outside the church on the corner. People held muslim prayers and in front of the church railings, tributes, flowers and candles and families of victims being comforted by the female vicar. 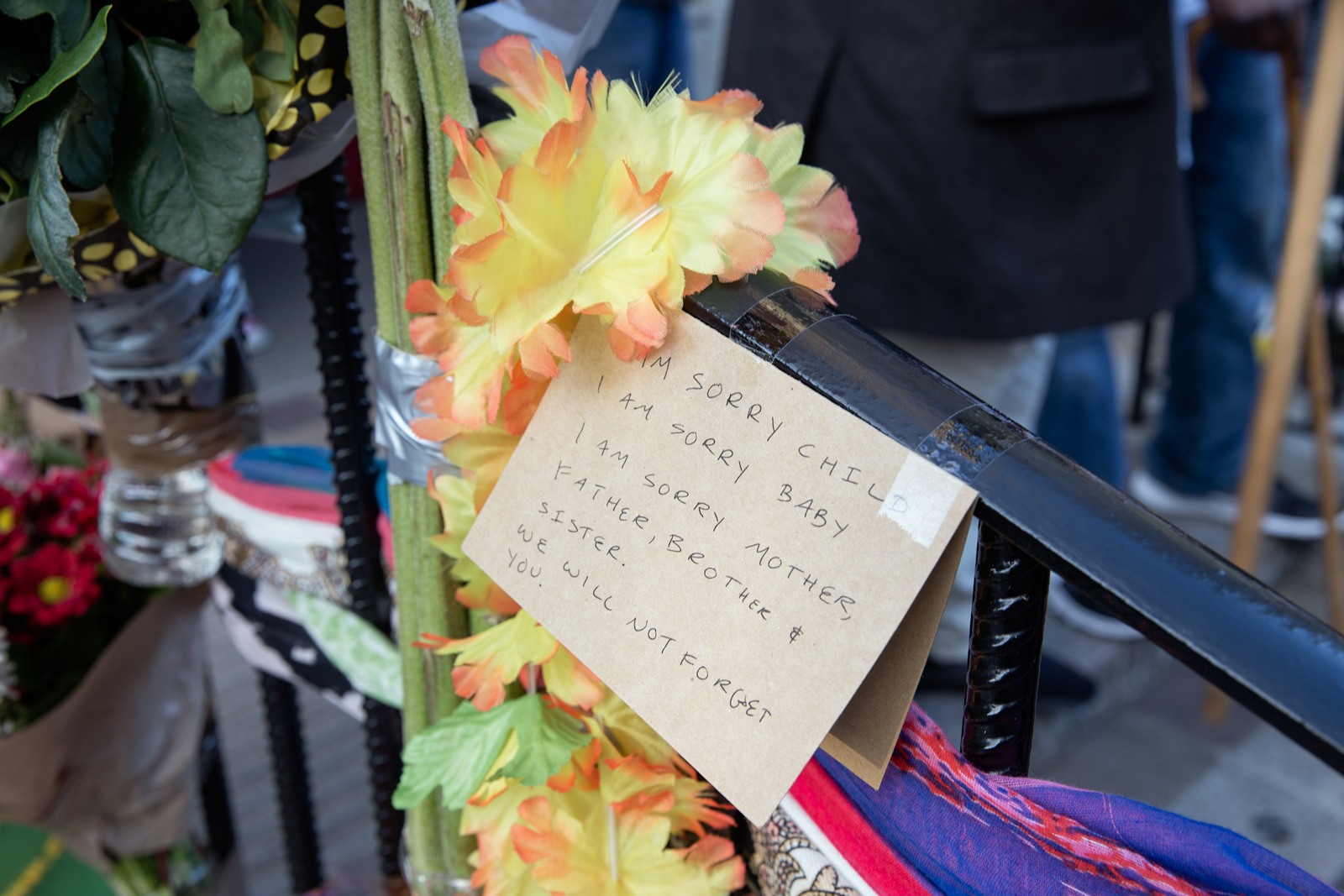 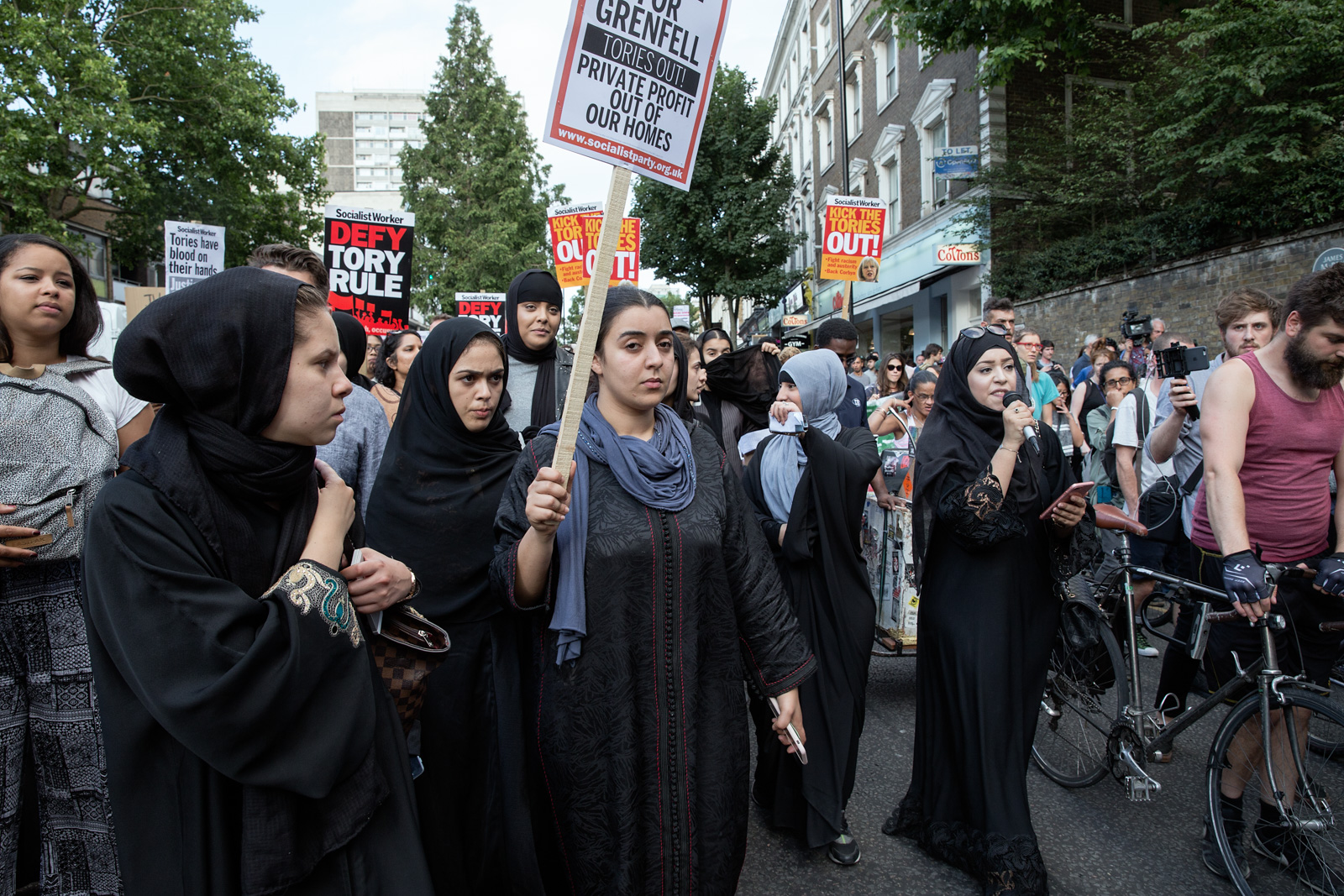 The crowd then dispersed, some to walk to a centre up the road and others to return to the makeshift ‘community centre’, played out on the streets around the cordon  of the flats. People were offering anyone who passed by food and water, the ‘missing posters’ were in abundance and walls of messages were on almost every corner.

Further protests are planned, those who gathered are still desperate for answers. In 2011 we saw what happens when a community is ignored as those within it have their loves taken. The scale of this avoidable disaster is indescribably bigger and the country are ready, watching and waiting. 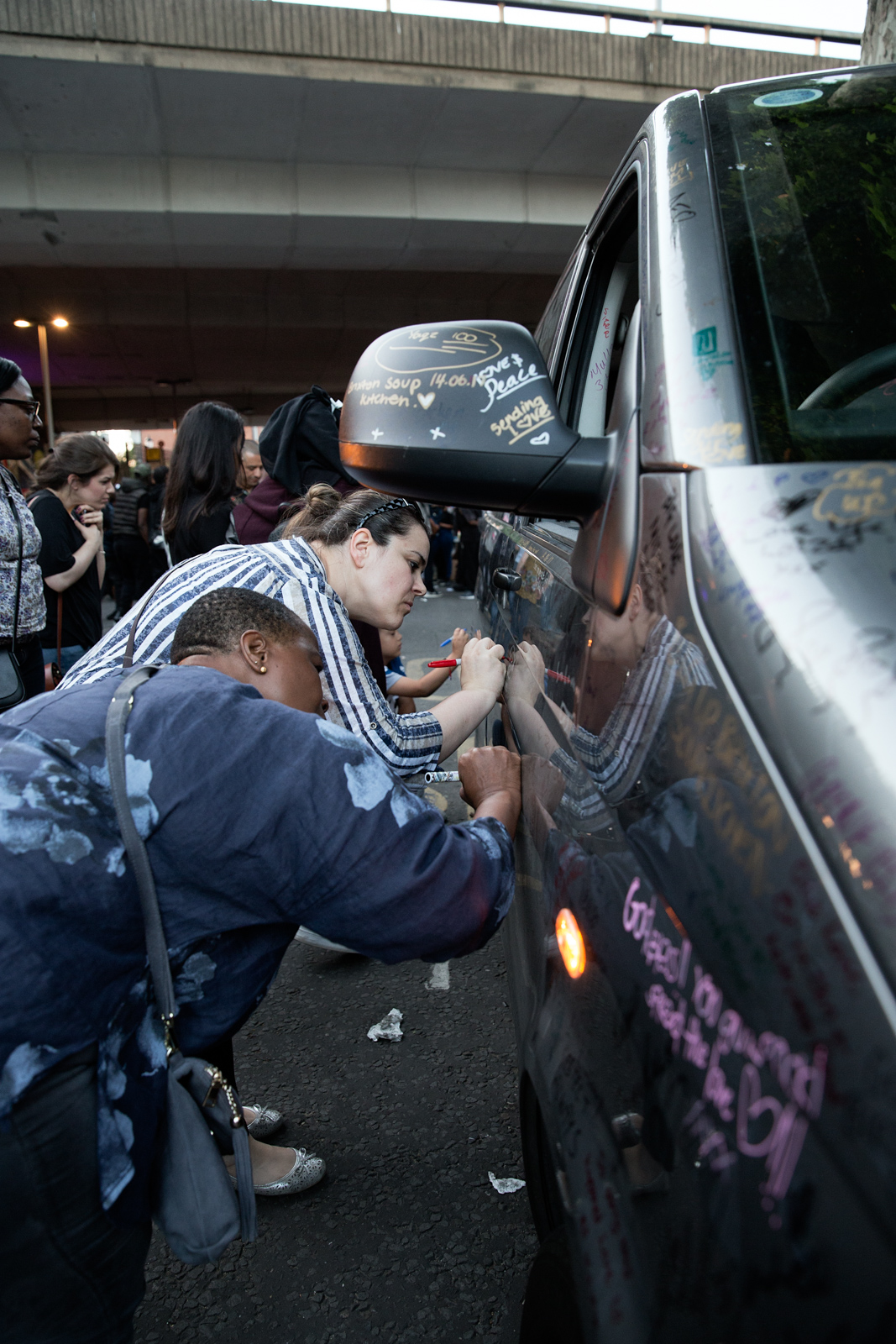 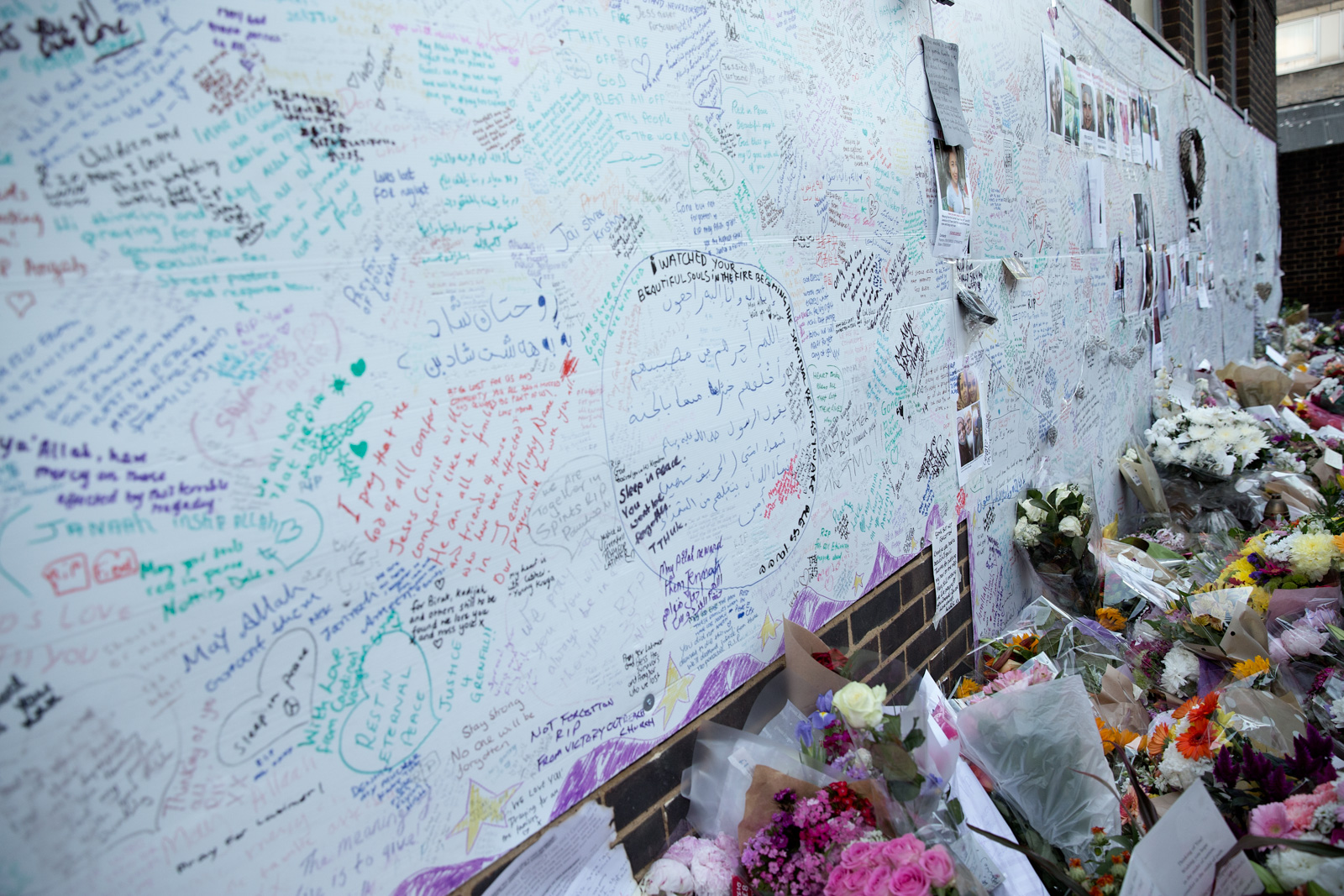 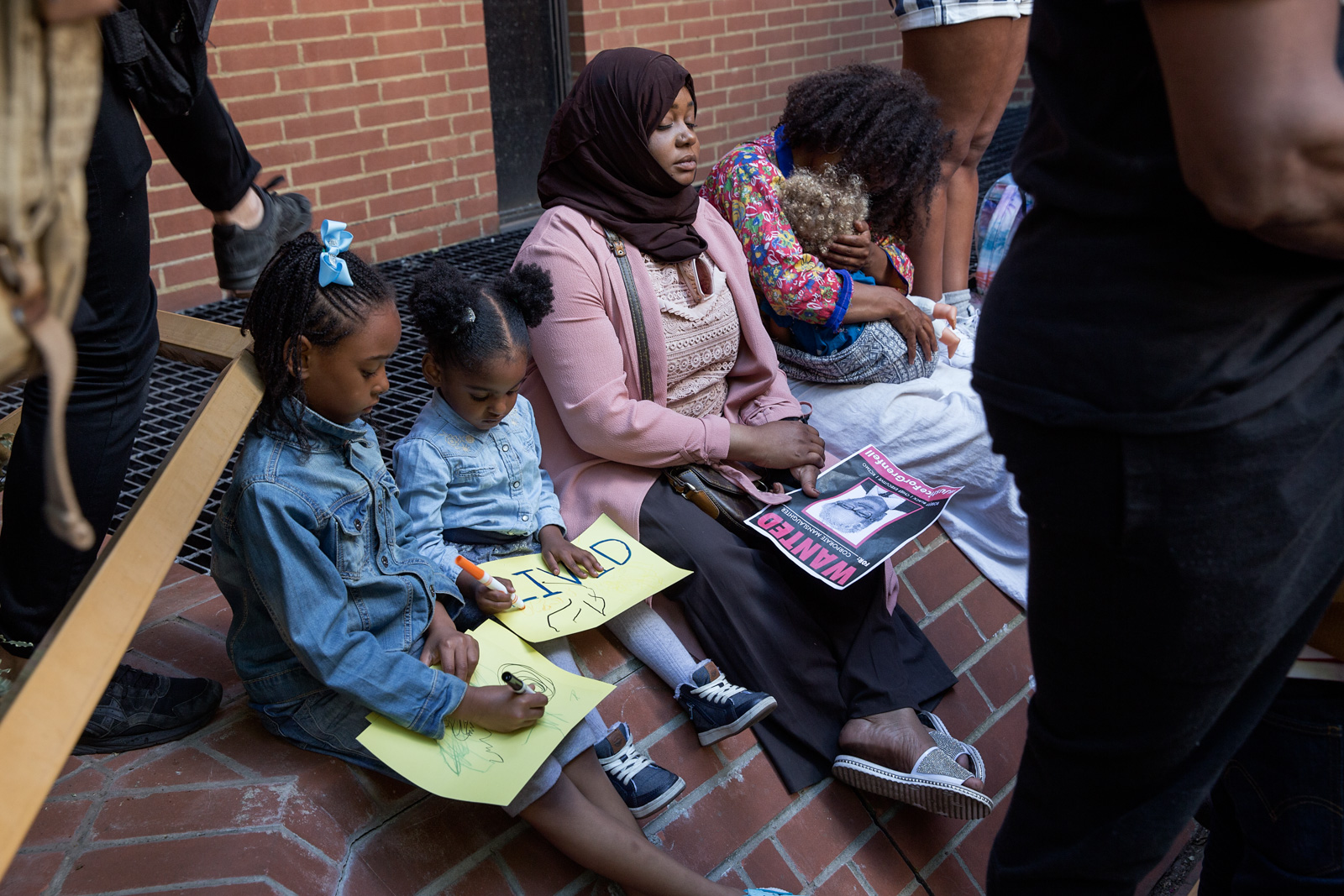 “We need leaders that are going to stand up for their people and say “no, enough is enough,” adds 51-year-old Neville Alphonso-Williams “These people deserve to live better than they’re living. We’re not going to put up with it any longer.”

“So it’s now time to do something in a proper basis – if we keep coming together like this, especially if we keep coming here – because these places, the places all around the back, are worth quite a bit of money. And these places are not going to want to see this everyday. So we keep doing this, somethings going to be done. We need to keep the pressure on, that’s what we’re going to do, but right now we’re going to march.”

Linkedin
RELATED ARTICLES
OTHER ARTICLES
A new exhibitions brings together the work of photographers who documented the deep unrest of these pivotal decades.
Photographer Becky Tyrell went down to the fading banger and stock raceway to meet a community desperate to keep it alive.
The action took place in response to the 200 asylum-seeking children who were placed in hotels run by the Home Office who have gone missing.
At his West Bank restaurant, Fadi Kattan established himself as the voice of modern Palestinian cuisine. Now, he’s bringing his innovative, bold flavours to the UK’s capital.
After blocking the Scottish government’s gender recognition reform bill, Westminster is now devising further changes to the law to make it harder for trans people to self-identify.
Social prescribing connects people with non-medical support to improve their health and wellbeing – but some experts worry it’s just a stick plaster solution.