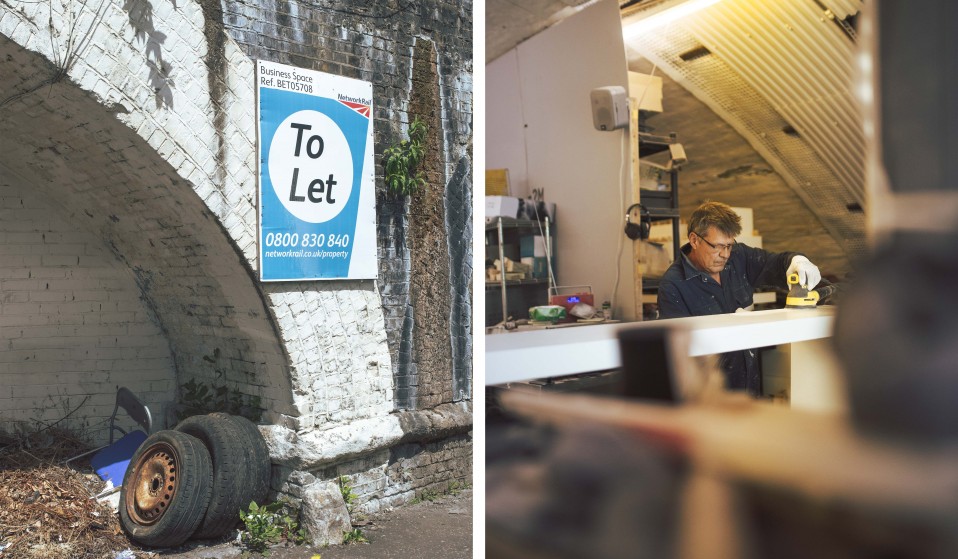 Thousands of small businesses across the UK are at risk as Network Rail gears up to sell off its railway arches. We speak to the campaigners fighting for their future.

From bakeries to bike garages, thousands of small, independent businesses across the UK are at risk of closure as Network Rail gears up to sell off the railway arches in which they’re located. In the midst of rent hikes and uncertain futures, we spoke to the campaigners fighting to save the arches.

At first glance, the railway arches in Bethnal Green, East London don’t look like much.

Flanked by the gardens of the neighbouring estate and decorated by buddleia bushes that creep out from behind the brickwork, the small row of arches appears derelict and uncared for. However, this couldn’t be further from the truth.

Behind the spray painted doorway of one of them is The Vatican, a recording studio that has been working with artists and musicians for over 30 years. Another leads to KO Boxing, a local club that’s a core part of its community, training athletes and amateurs alike. 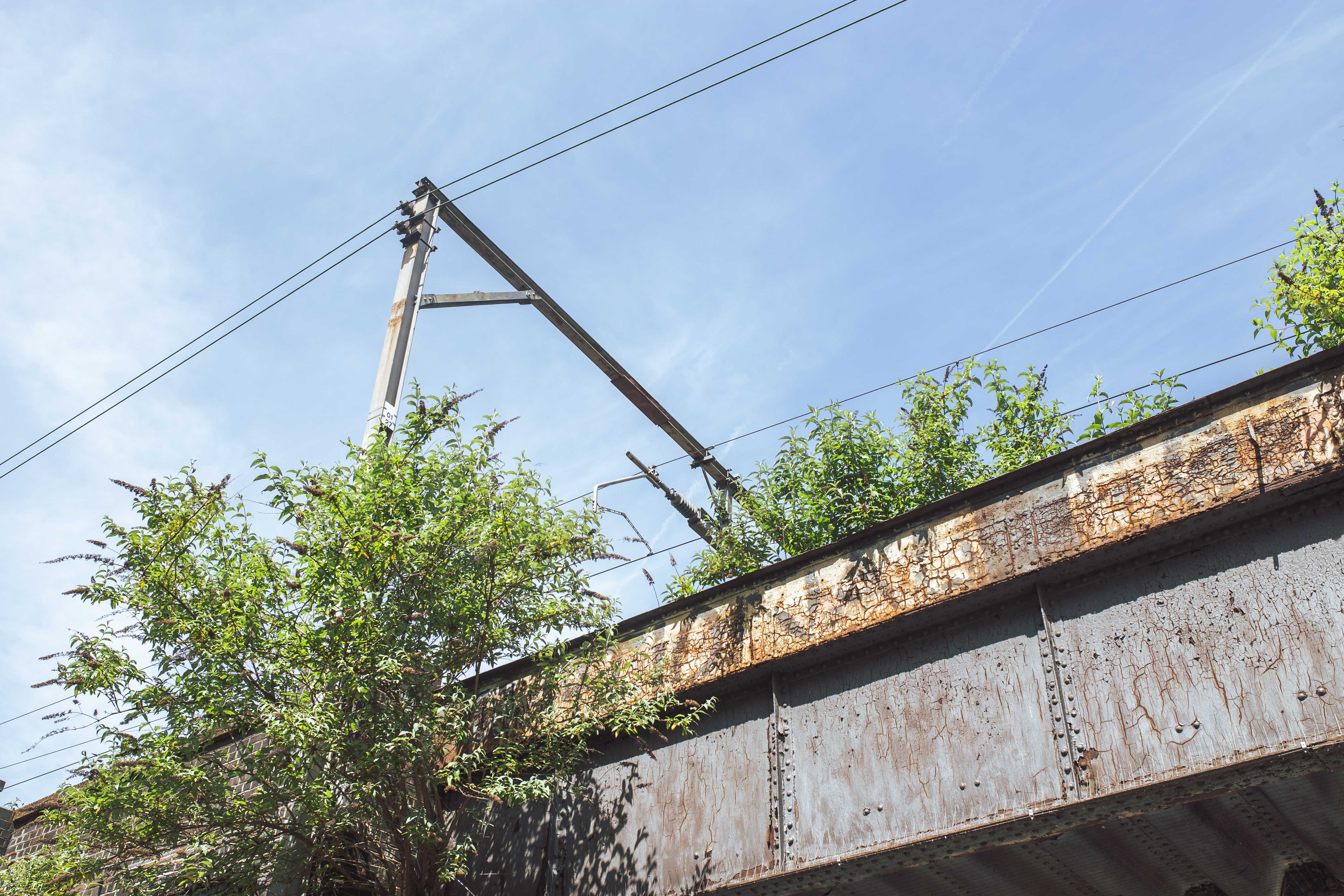 Next door, some fifteen Ducati motorbikes – high performance machines prized for track racing – glisten in the sun. They’re currently under the care of Marcus Jones (46), who, back in 2004, turned his love of the bike into a full-time job, when he opened his garage Rosso Corse in the arches.

In nearby London Fields, a bakery by the name of E5 Bakehouse spans three arches, providing work for 70 and running employment programmes for refugee women. The business, started in 2011 by Ben Mackinnon (39), began life with a small team of volunteers, using another bakery’s oven during its downtime.

It goes without saying that railway arches are not like other commercial spaces. There’s the trains clattering overhead, the lack of natural light and, in many cases, the fact that they’re damp and dirty too. For most businesses this is a turn-off, but for others, the reasonable rent prices can be the difference between existing or not.

When it came to Marcus starting his business, getting a lease for a “dirty and oily” garage was only possible in an arch. Meanwhile, when it came to the E5 Bakehouse, the arches’ thick walls were perfect for baking. “If you’re trying something different and starting from the grassroots then you need cheap work spaces – the arches have afforded that,” Ben notes. 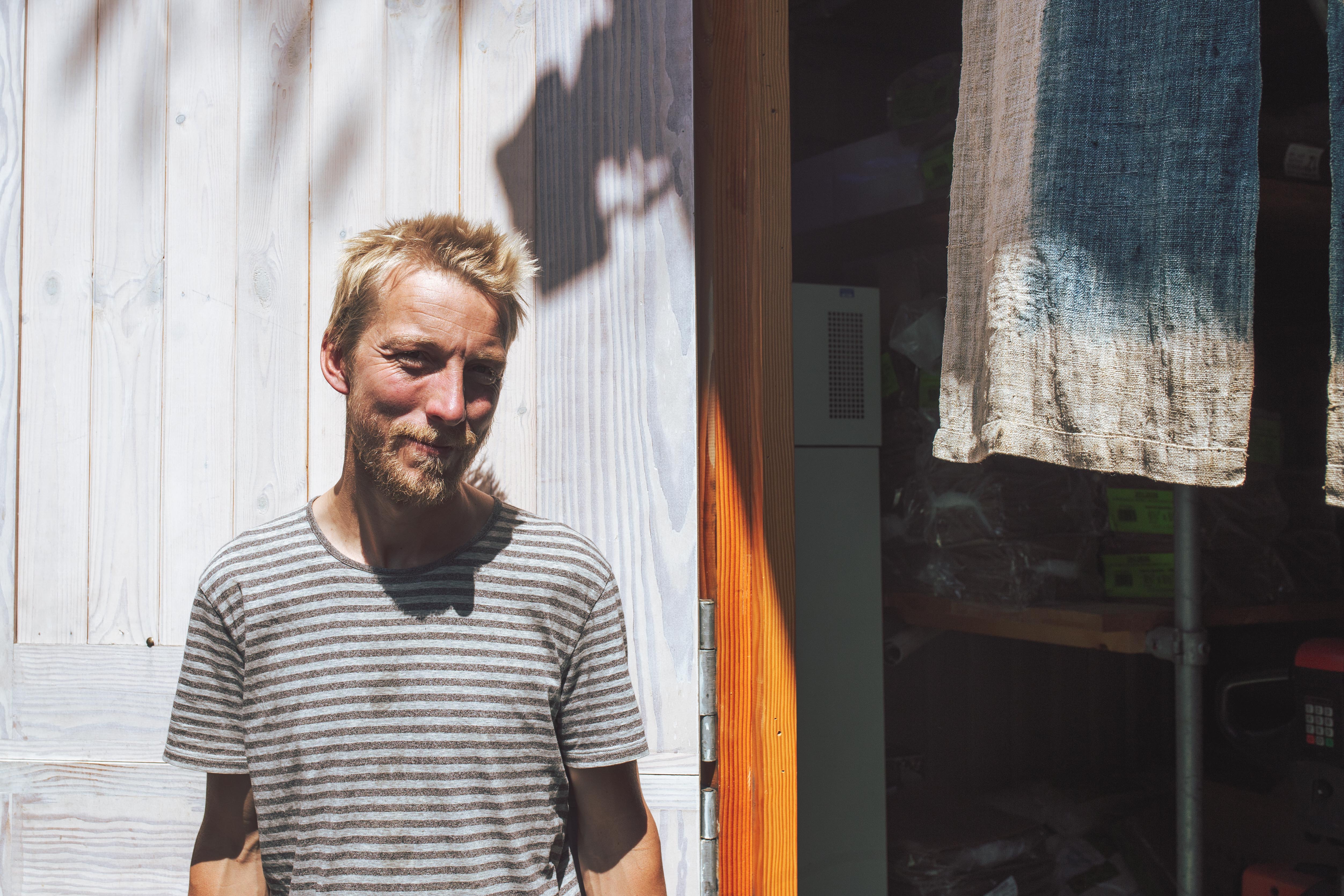 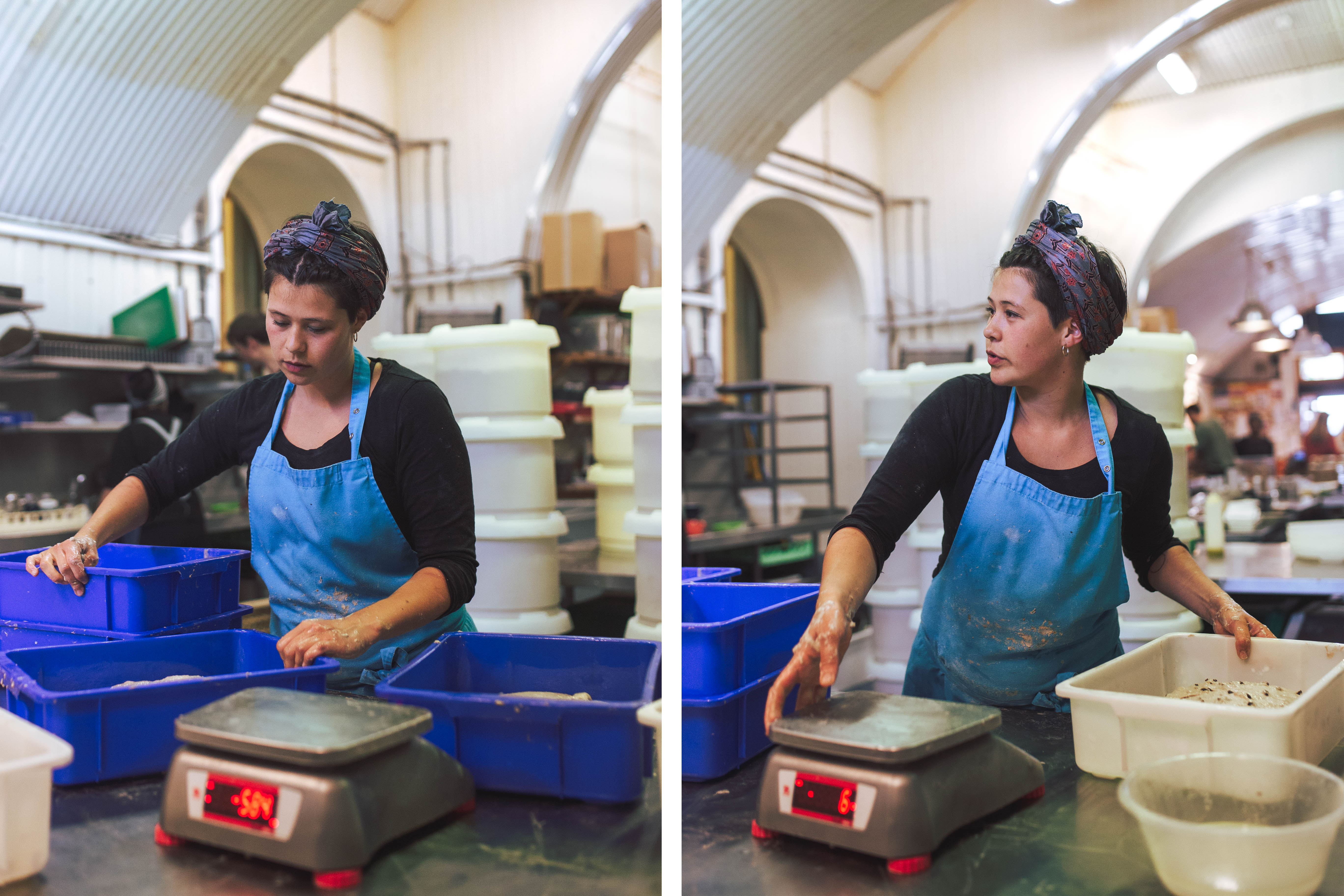 Across the country, for thousands of small businesses just like Marcus’ and Ben’s, arches are the perfect location – but that future is looking increasingly at risk.

Today, all arches are the property of Network Rail, making them one of the largest landlords for small business in the UK. In 2015, then-chancellor George Osborne ordered the sale of the arches in order to raise money to help with the state-owned company’s debt. They’re now on the market, with Network Rail looking to strike a deal later this year.  The price tag is likely to top £1 billion.

As the sale is prepared, tenants have begun to see enormous hikes in their rent – in some cases, of 500% or more. While Network Rail’s line is that these are just normal rises to reflect changing market values, Leni Jones (38), Marcus’ partner and the face of Guardians of the Arches – a campaign which seeks to defend the tenants interests during this process – feels this is disingenuous.

“Network Rail control the market value of the estate, because they are the only landlord of railway arches,” she argues. “Rents are increasing so much that they are unaffordable for small businesses.” 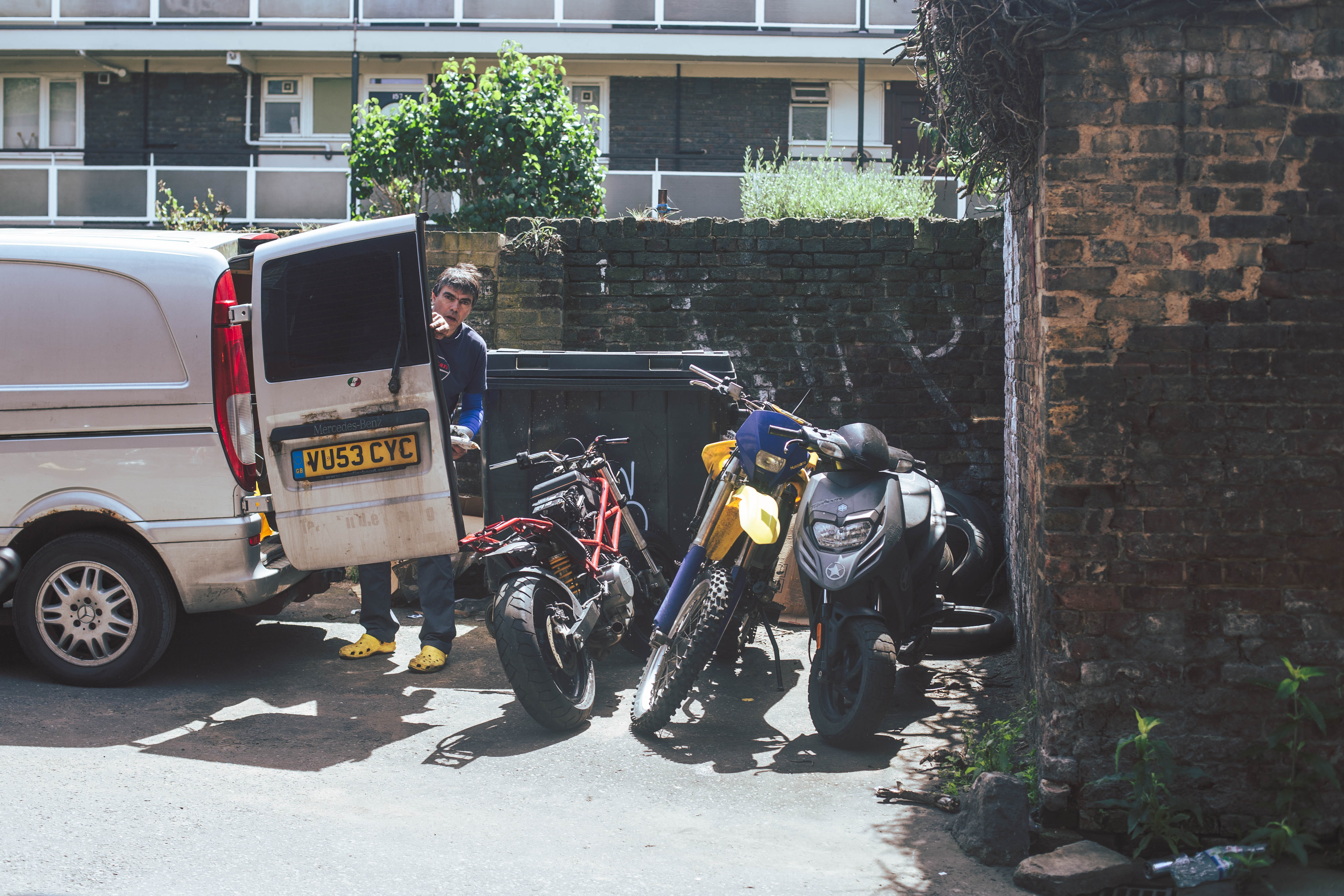 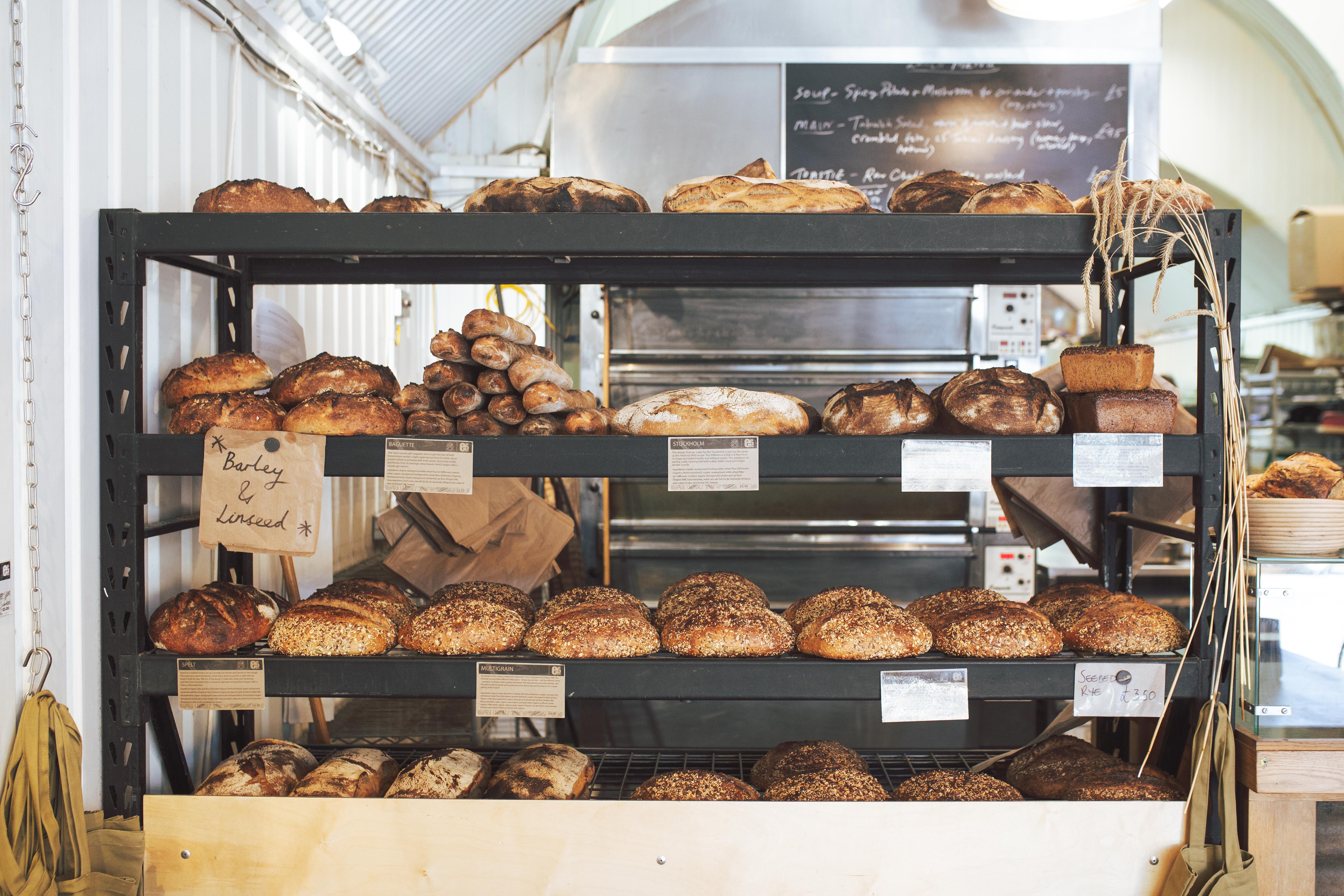 Guardians of the Arches suspects that rent rise is intended to boost the paper value of the arches portfolio in order to help achieve a higher sale price, an assertion that Network Rail describes as untrue.

“We want to retain good tenants and when the time comes to review rents, we always work with businesses to come up with solutions that work for them, including stepped increases to help them manage any changes,” explains a spokesperson for the company.

When Marcus heard the outcome of the rent review for Rosso Corse, he was so shocked he had to leave the room. “I could feel myself going white,” he remembers. “You think, ‘that’s the end of my business.’ Where am I going to go? What am I going to do?” 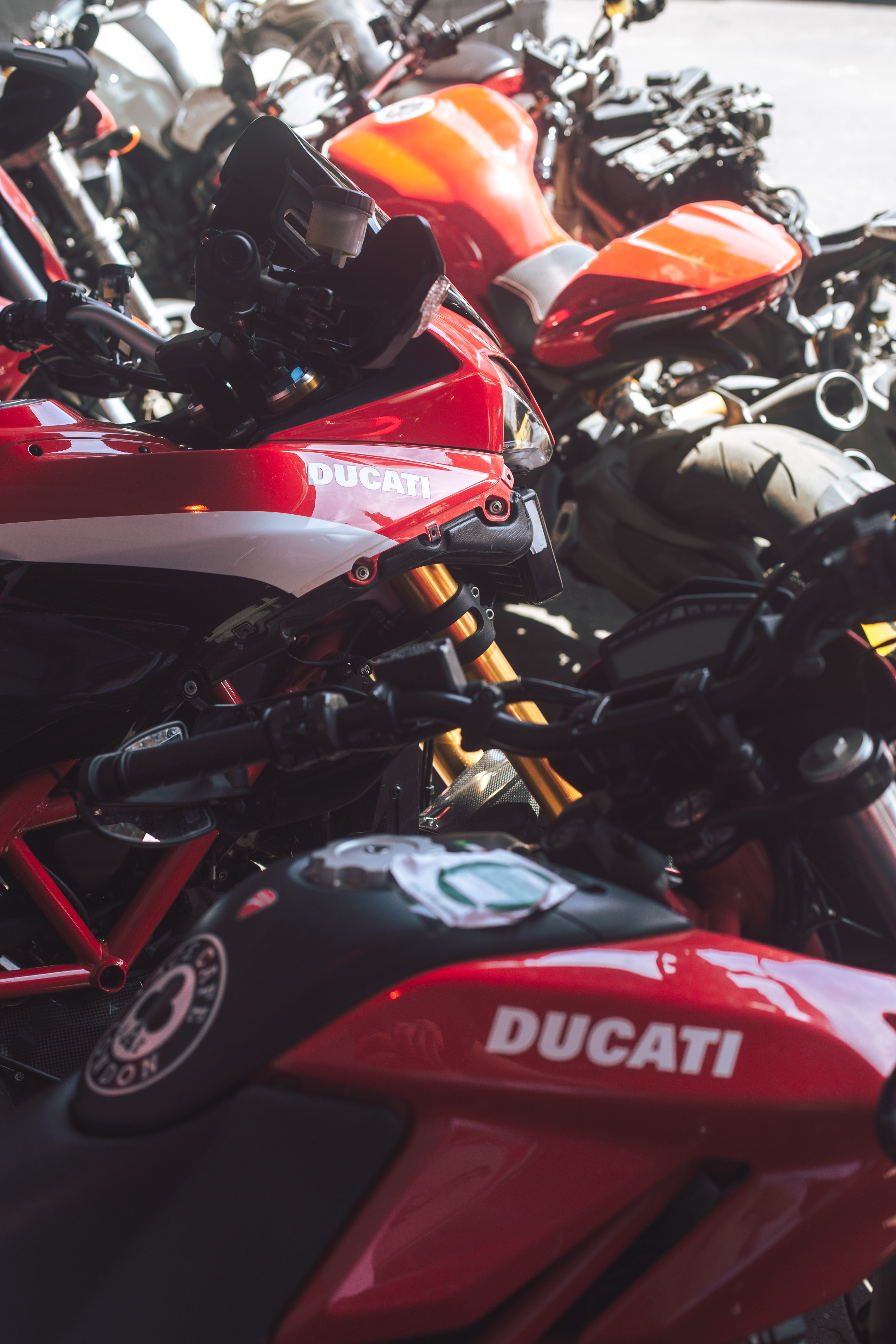 There is a cumulative effect, too. The New Economics Foundation, an economics think tank whose approach ‘runs counter to prevailing thinking’, is also a member of the Guardians of the Arches campaign.

“The small businesses located in railway arches up and down the country are the beating heart of their communities, powering local economies and giving life and energy to where they are,” explains Will Bret, a spokesperson for the organisation.

In another arch closeby in Hackney, John Weston (59) builds and rents props for fashion shows. His business manufactures bespoke display equipment, as well as renting out audience benches produced to their own patented design. Behind a screen are hundreds of those benches piled up waiting to go out.

Over the sound of industrial sanding machines, he explains what the rent hike could mean in practice. “We use the local cafes, we use the local suppliers. Once we all go,” he says before correcting himself. “…If we all go, the heart and soul of the community gets blown away. It might not sound like much but that’s what builds community. We don’t want another supermarket.” 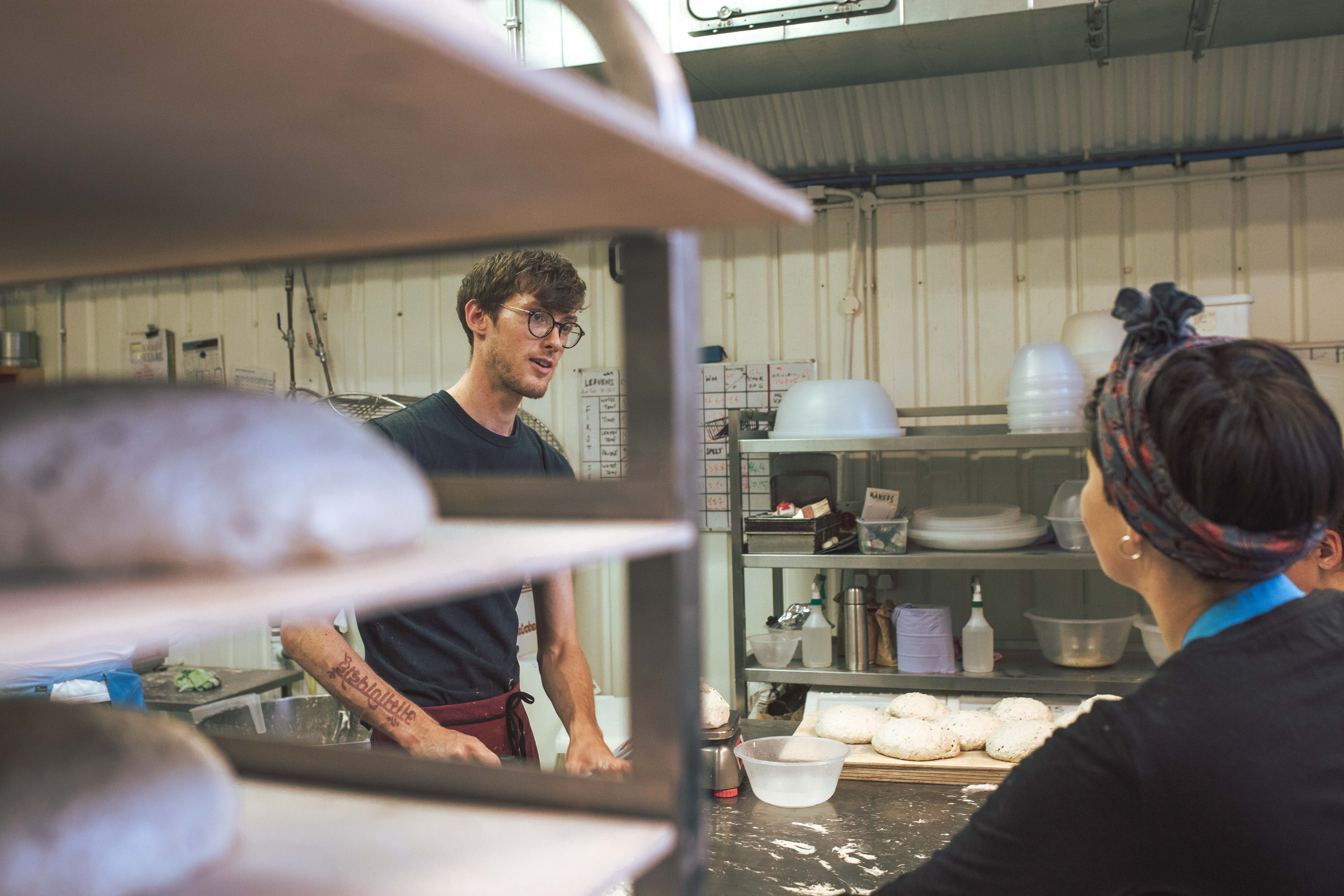 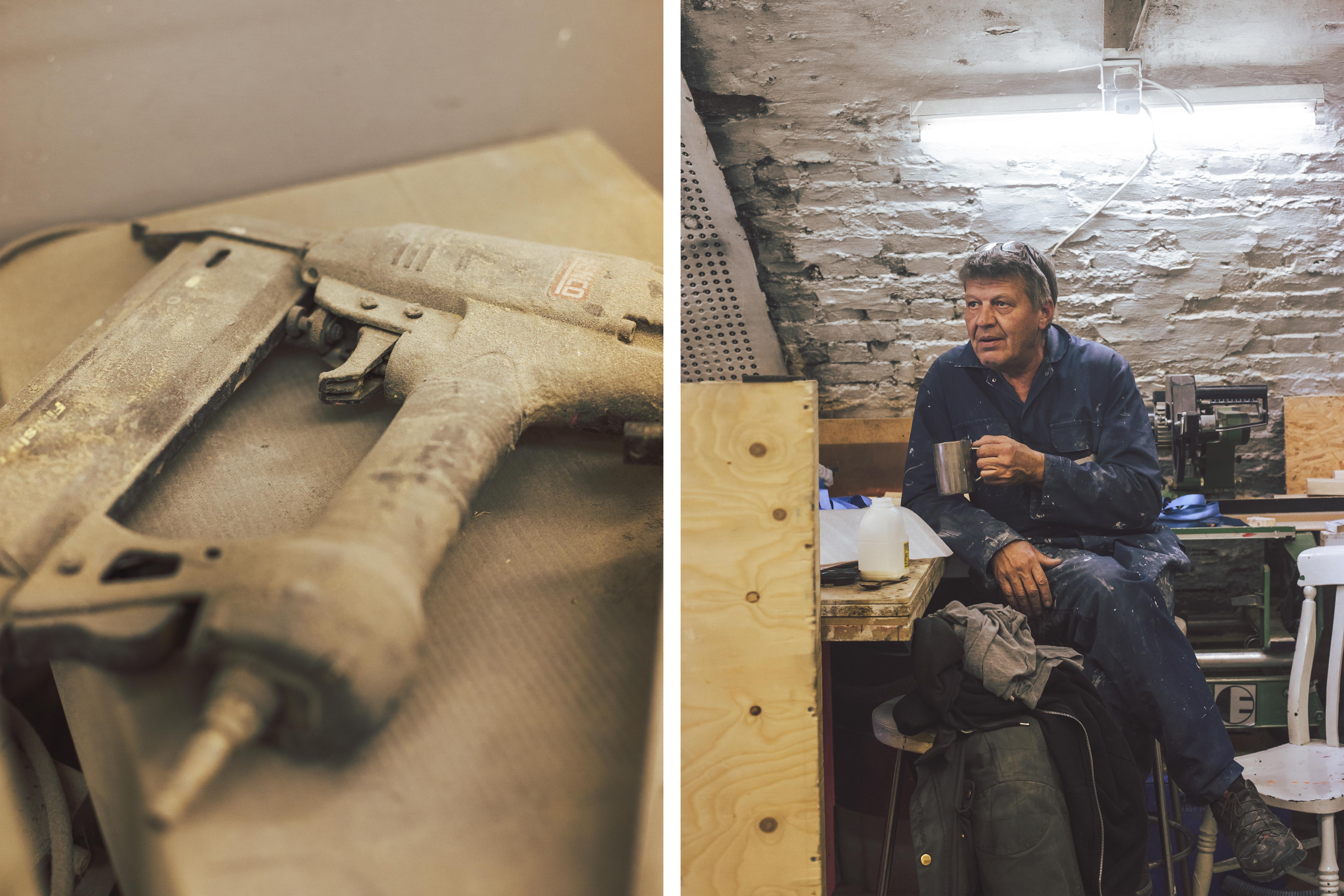 Neither the businesses, nor the Guardians of the Arches campaign feel that they are calling for special treatment. In their view, their response is unanimously pragmatic. “We are business people, we can reach agreements on things,” Leni says.

John agrees: “I understand they’ve got a business to run, they want to maximise their assets. All we ever wanted was a straightforward and fair negotiation to arrive at a fair price.”

As far as the campaign is concerned, their aim is to connect tenants with each other, allowing them to negotiate with Network Rail as a collective that can use its shared knowledge and experience. They want to stop the sell-off and discuss other ways forward that work in everyone’s interests.

So far Chris Grayling, the transport secretary, has refused a meeting with them. But as Will Brett puts it, now is the time to step up.

“Every political party claims to be on the side of small businesses, and for good reason. Now, the Government has a chance to show they mean it.” 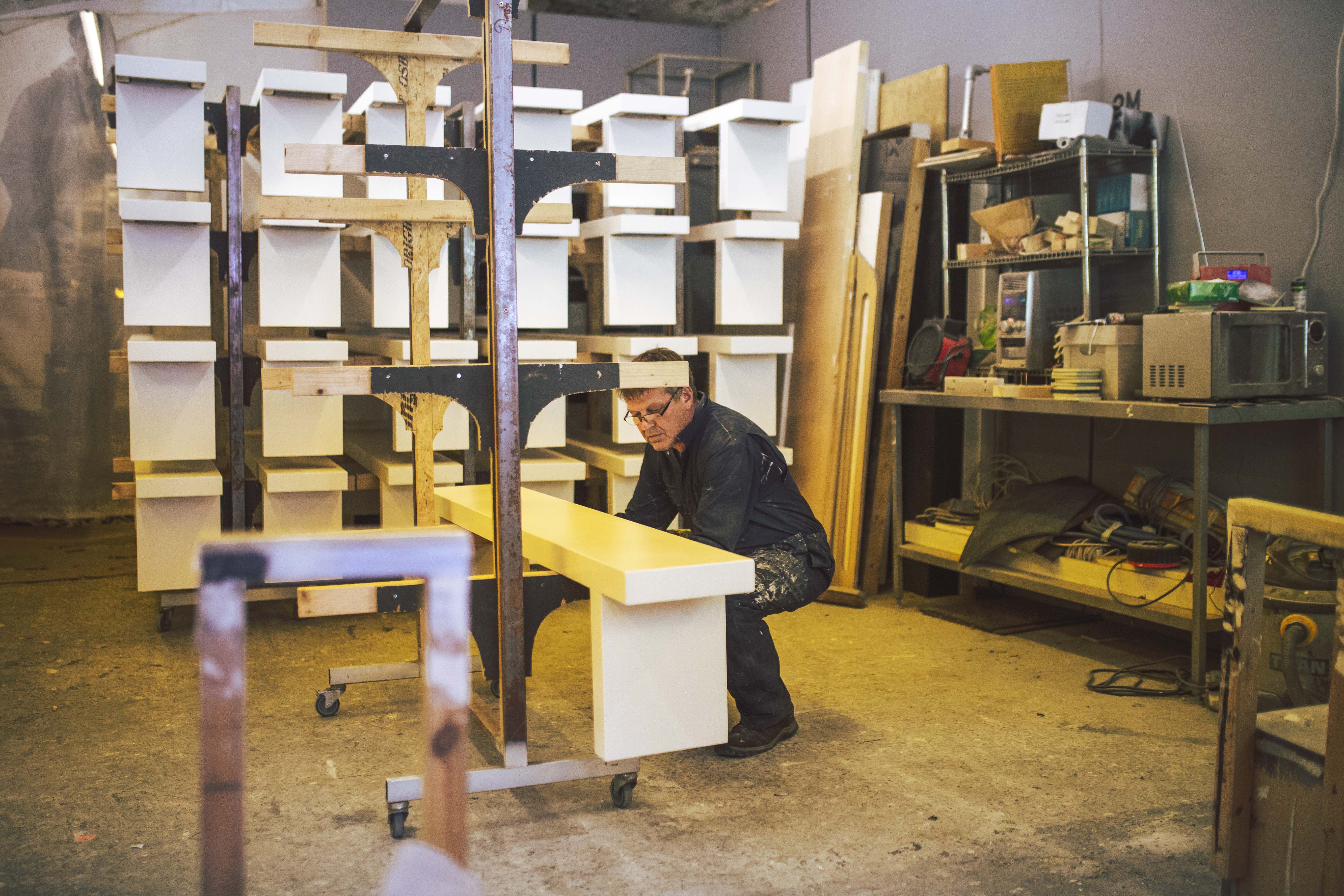 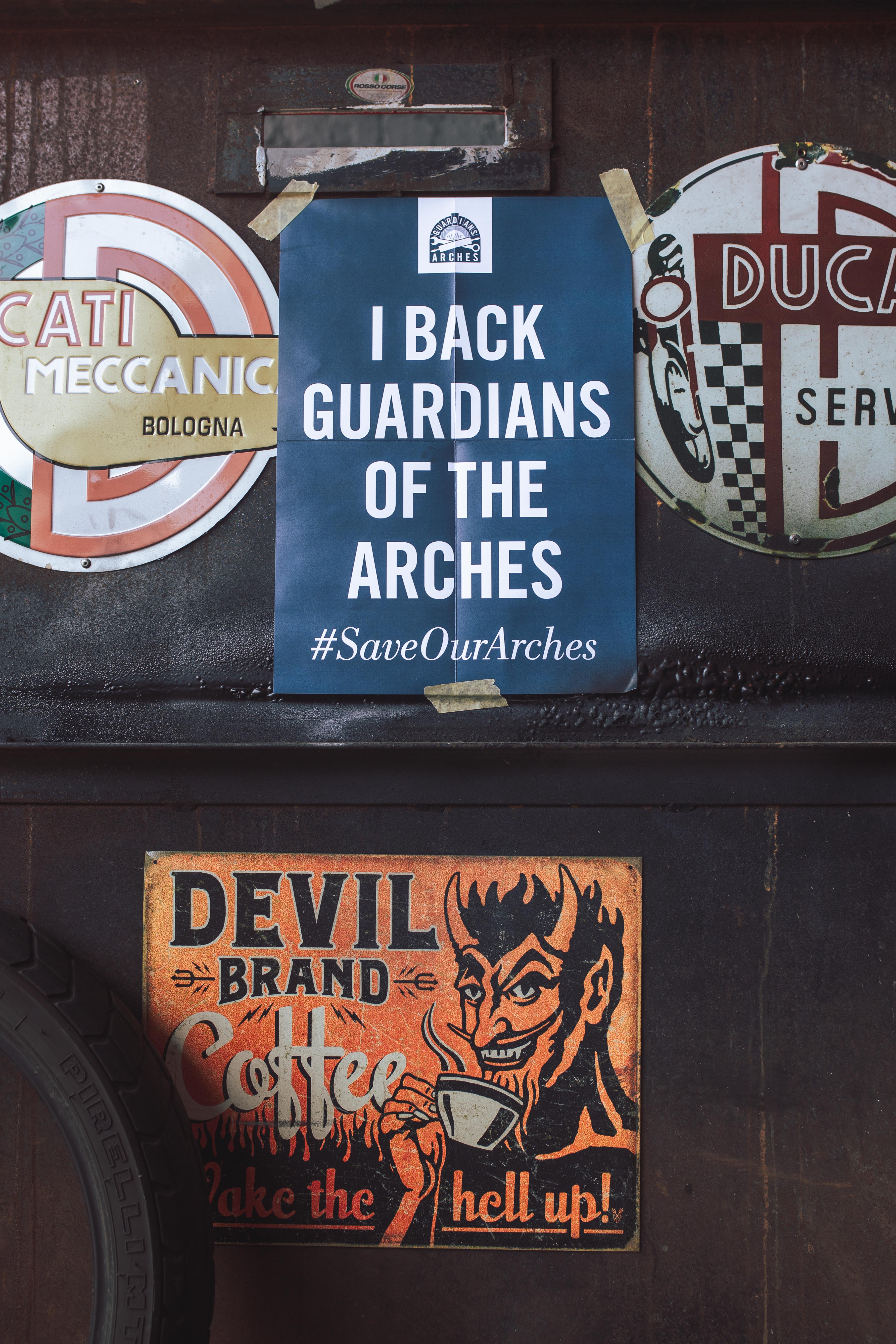 For more information on the campaign, and to sign the open letter to Chris Grayling, visit the Guardians of the Arches website.

Linkedin
RELATED ARTICLES
OTHER ARTICLES
Proposals to introduce a minimum GCSE threshold for student loans will disproportionately affect those from marginalised backgrounds.
The curators of a new exhibition are hoping to shed light on Plymouth’s vibrant but often overlooked nightlife.
On the fifth anniversary of the tower fire, around 18,000 joined the walk to remember the 72 dead and to demand justice.
In the latest instalment of Photographers in Conversation, the chronicler of raves, protests and beyond explains why he’s drawn to such specifically visceral environments.
With inflation now at a 40-year-high of 9 per cent, demonstrations organised by TUC took place to demand action from the government.
Finland-born photographer Sirkka-Liisa Konttinen looks back on her decades-long documentation of life in Northern England.