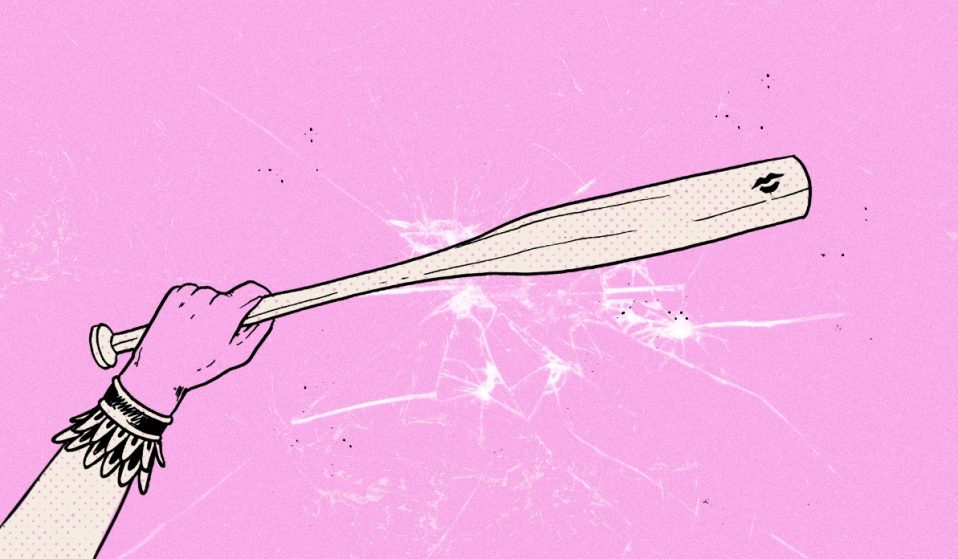 A new wave of anger rooms are offering people the chance to release their frustrations through cathartic destruction. So why are the majority of customers women?

A new wave of anger rooms are offering people the chance to release their frustrations through cathartic destruction. So why are the majority of customers women?

A doll’s head rolls along the floor of a sabotaged office suite, resting next to a pile of shattered glass. Two young women named Chloe and Camille loom above it, inflicting heavy sledgehammer blows on their surroundings. After 20 minutes, the room is in unrecognisable chaos.

Her manicured hands numb and shaking, Chloe, who is in her twenties, is exhausted.  A muffled clang of metal and shattering of glass sounds from the next-door room. “It’s the first time in my life that I have expressed my emotions so intensely,” she says, grinning. “I’m usually not the angry type.”

At Paris’ Fury Room customers pay between €20 – €140 to break things – from household glassware to fully recreated office suites. The concept was popularised by a Japanese company, The Venting Place, set up by a wayward chiropractor following the financial crisis in 2008. Clients release stress and frustration through cathartic destruction. These businesses have names seemingly derived from low-budget ’90s horror movies: The Fragment Room, Rampage, The House of Purge.

Founder David Lafranque says he was initially surprised by the gender imbalance and adapted accordingly. “We immediately realised that this wasn’t a macho hobby, so we introduced pink helmets, that type of thing,” he says, seemingly without irony. “We try not to be too clichéd.”

Even more striking than the ratio of women to men, he continues, was the stereotypically gendered behaviour inside the Fury Room. “Usually, when men get here, they’re like: ‘I’m going to smash everything as fast and as hard as I can’, whereas women start slower. They’re more moderate at first. I think they feel something more profound because they stay right until the end of the 20-minute session. They start yelling, getting louder and louder. Often they come back up crying.” 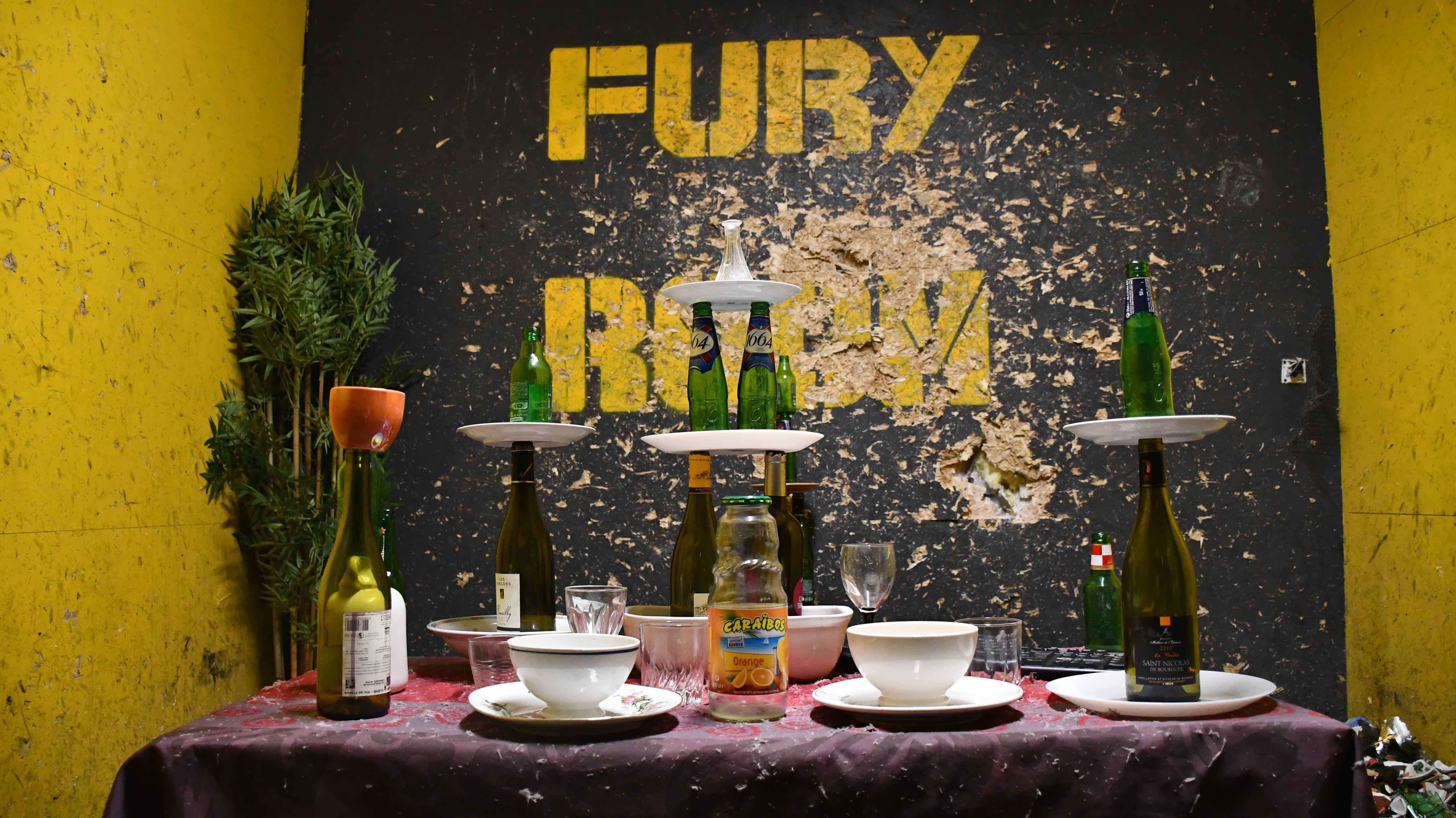 When Camille, 23, comes out of the Fury Room – with no piece of crockery left intact –  she is far from tears. “I still feel the adrenaline running through my body,” she says, sweating underneath oversized orange overalls and a camouflaged protective vest.

She has recently lost a close relative and is in the midst of a complicated notary process. Frustrated, angry and emotionally bombarded on all sides, she went to the Fury Room because she needed an outlet: “I tend to keep how I feel to myself, to appear calm and serene, even though that is not how I feel.”

For Paris-based psychologist Florence Millot, it is no surprise that more women than men go to these rooms. “Although women feel anger as much as men do, they have less space to express it,” she explains.

“Female rage remains a taboo because women have a particular status. Put on a pedestal, ‘the woman’ is a maternal figure. She is there to take care of the children. Women who show anger are [historically] considered as evil.”

A range of studies show that expression of anger is viewed less favourably in women than men. A study on gender and anger published by Cambridge University in 2000 found that while men and women report experiencing anger with similar regularity, women are more likely to feel ashamed of the emotion. It also found that angry women are more likely to be seen as “bitchy” or “hostile”, and angry men as “strong”. Similar research at Harvard and at the  University of Chicago showed that displays of anger were valorised in men, but were deemed to threaten credibility in women.

Millot says that, while rage rooms could benefit people by allowing them to temporarily let off steam, the effect is cursory. “If anger rooms allow the venting of anger, releasing inner tension, the effect can be beneficial,” she says. “Anger always masks sadness.”

“[But] there are two types of anger. The positive one in which we affirm ourselves and let others know that their behaviour is bad and cannot continue; and the negative one, which is violence. Anger rooms do not have a therapeutic effect because they are an expression of violence,” continues Millot. “Having destroyed everything, in order to address the cause of anger, you must begin to repair and reconstruct.” 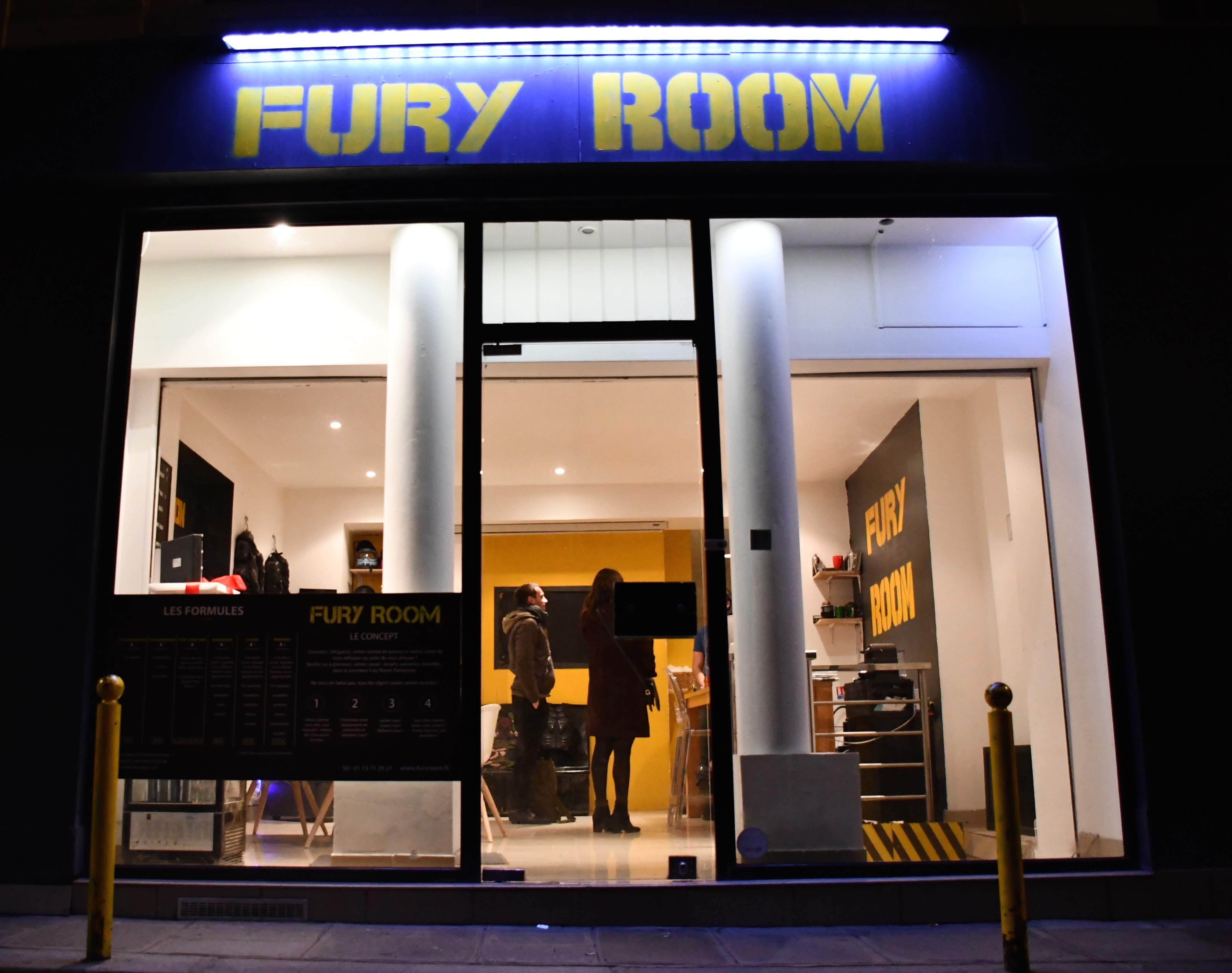 “Very angry people are always raging against someone and do not ask themselves what they are really feeling themselves.”

Around the world, there has been a visible rise in female rage. From the 2018 Women’s Marches to the worldwide spread of the #MeToo movement, women have been reclaiming anger as a political tool – one powerful enough to ignite change.

According to a report from the World Economic Forum in 2018, the global pay gap between men and women will need another 202 years to close at the current agonising rate of change. The World Health Organisation describes violence against women as a “major public health concern” with 35 per cent of women globally experiencing physical or sexual violence within their lifetime.

Against this backdrop, world-famous writer and activist, Soraya Chemaly – whose book, Rage Becomes Her, became a sensation in 2018 – has come out as a fierce critic of anger rooms: “Rage rooms are private spaces where female rage is capitalised on and exploited,” she says. “They go into a room, throw things, break things, but don’t politically challenge any of the conditions causing the anger in the first place.”

“Patriarchal capitalism takes a toll on the body and mind of women and generates anger – a kind of anger that is often self-harming because it is unacknowledged by society.”

However, when challenged with Chemaly’s theories about the true effectiveness of The Fury Room, founder Lafranque is dismissive. “For the feminist revolution, it would perhaps be better to break things in the street rather than in a room. But when you break things in the street, everybody has to pay for it. Whereas in a room, you are safe, and you pay for what you break. It is more responsible to go and express your desire to break things somewhere designed for it.”

For Camille, who is still catching her breath 10 minutes after the Fury Room session has ended, the short-term devastation seems to have done the trick. As she gets ready to leave, she picks up the loose doll’s head and tucks it into her pocket as a souvenir: “I want to bring my mum next time.”

Linkedin
RELATED ARTICLES
OTHER ARTICLES
By turning a real-life crisis into daytime television fodder, TV bosses have once again shown themselves to be completely out of touch with audiences.
In his 2008 series, the photographer pictured himself as Angela Davis, Martin Luther King Jr., Malcolm X, and other prominent figures.
As the Scottish government announces a rent freeze, an activist with Living Rent who fought and won shares how they did it, and what must come next.
A new project is documenting formerly incarcerated people as they transition back into civilian life.
The idea that a younger generation is abandoning work has become a popular narrative online, but it doesn’t necessarily reflect reality.
With skyrocketing rents, packed out viewings, bidding wars and more, renting in London has never been harder.