Art & Culture / Inside the UK’s very own Little Korea 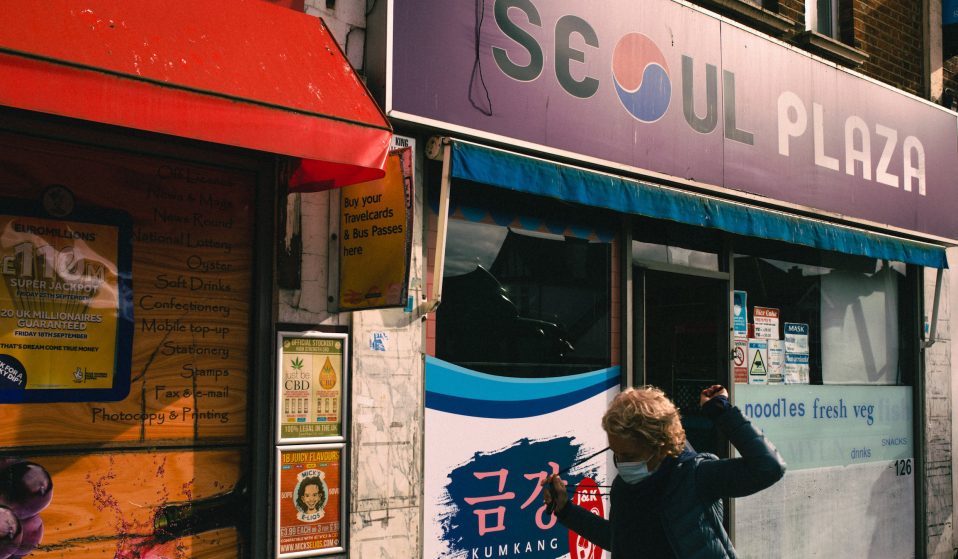 Europe’s largest Korean expatriate population resides in New Malden, and among them are a number of DPRK defectors forging new lives for themselves.

In a quiet suburb outside of London resides Europe’s largest Korean expatriate population. Among this tight-knit community are a significant number of DPRK defectors, who are forging a new life for themselves in a place they now call home.

Hop on a train from London’s Waterloo Station, head south-west and in less than half an hour you will reach New Malden, a suburb situated on the outskirts of the capital. At first glance, this quiet residential area appears little different from other neighbourhoods. But begin to make your way down the high street and you will notice that the signs are filled with letterings from a distant land.

New Malden is home to the largest South Korean community in Europe, and it serves as a commercial and cultural hub for Koreans living in the UK. Ethnic Koreans account for around one third of the area’s population, a figure estimated at around 10,000. For this reason, the suburb has come to be known as London’s very own Koreatown, despite the fact it’s around 11 miles from the centre of the city. In New Malden, you can find almost anything that’s related to Korea: there are Korean supermarkets and restaurants, Korean hair salons and churches, a Korean school, a Korean kindergarten and even a Korean elderly community centre. 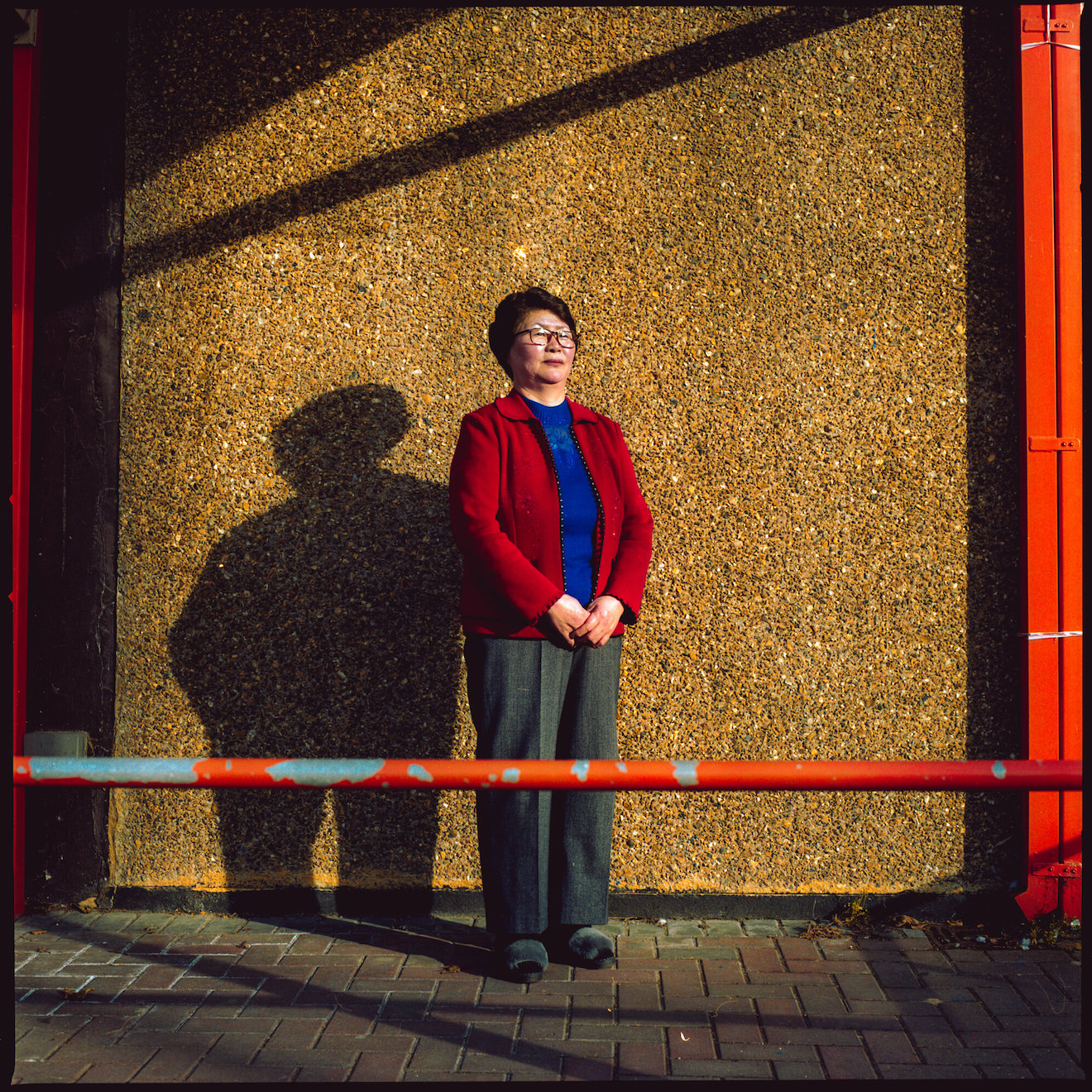 The South Korean embassy was originally based in New Malden. It is also where Samsung set up its first European headquarters. The main office of the Korean weekly newspaper Euro Journal, which is distributed to 19 countries across Europe and boasts the highest circulation amongst Korean newspapers in the continent, is also based in the suburb.

But, more recently, the vast presence of the South Korean expatriate population in New Malden has drawn in legions of another cluster of immigrants – those from north of the demarcation line that separates the two Koreas. Around 700 North Koreans currently reside in New Malden, making it the world’s largest North Korean settlement outside the Korean peninsula. North Koreans first arrived in New Malden back in 2003. Since then, many more have joined their compatriots and settled down in the area to form the sizeable group that it is today.

Shin Ae Kim is the president of the North Korean society in the UK. She is the seventh person – and first woman – to be elected for the post. Kim relocated to New Malden in 2008 with her three children after hearing about the existence of a North Korean community through word of mouth. 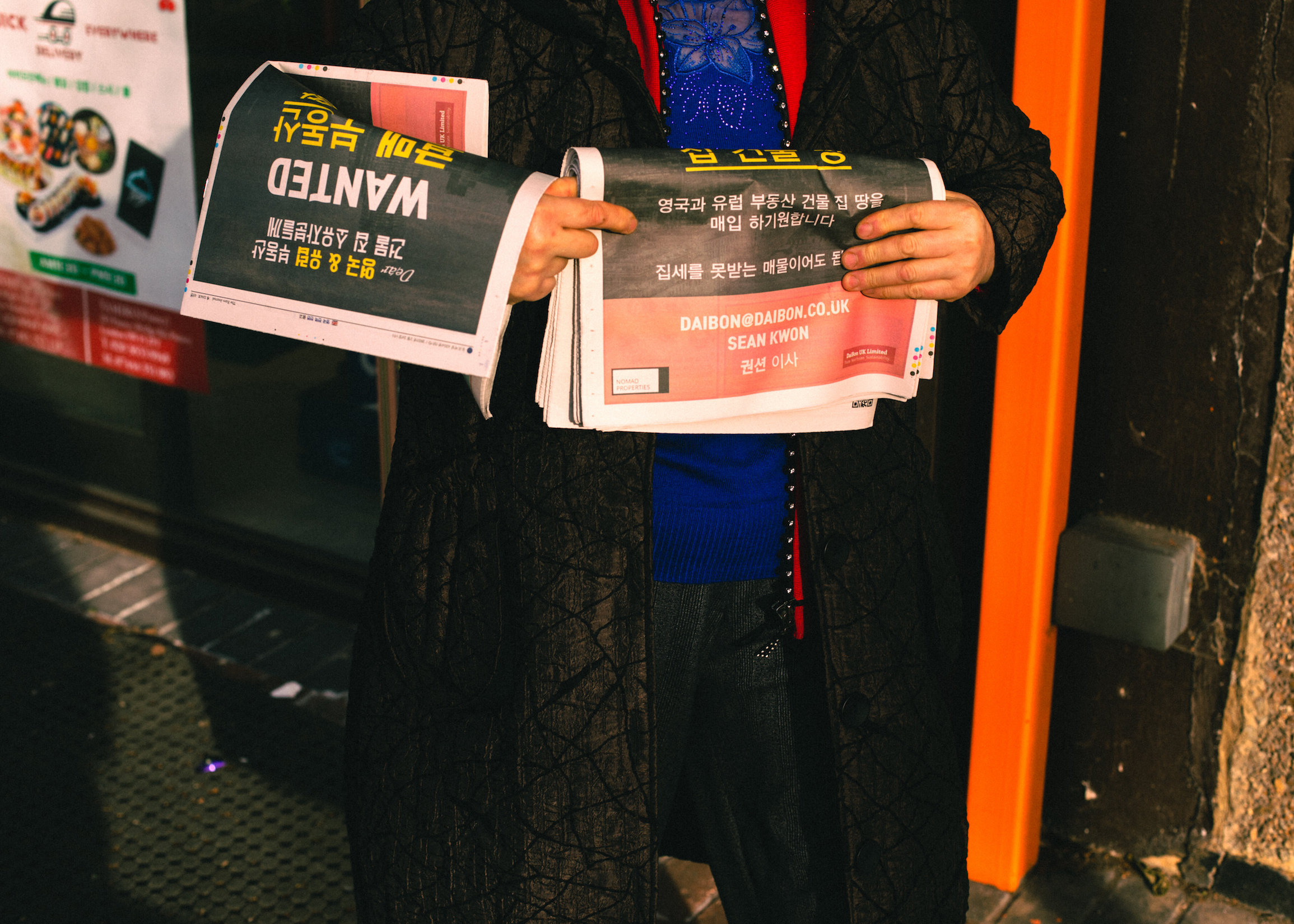 “Before moving to New Malden, I used to live in Leeds and life was tough,” she says. “I was quite ill, so whenever I went to hospital for treatment, it was challenging to find someone who could help with translation when speaking to doctors and nurses.”

Kim now works at a local Korean supermarket in New Malden. Like many North Koreans who come to this place, shared language and job opportunities were what attracted her.

“North Koreans can’t really speak English very well. But in New Malden, it’s quite easy to find South Koreans who speak good English to get help with translation. There are also many jobs available in Korean supermarkets and restaurants here which don’t require any English skills.”

The relationship between the North and South Korean communities in New Malden is generally amicable. Kim says that most North Korean defectors living in New Malden find work at local South Korean businesses, mainly at Korean supermarkets and restaurants. She says that South Koreans view them as hardworking and conscientious. “North Koreans work very hard,” she explains. “We spend most of our time working to earn money so that we can invest in our children’s future.” 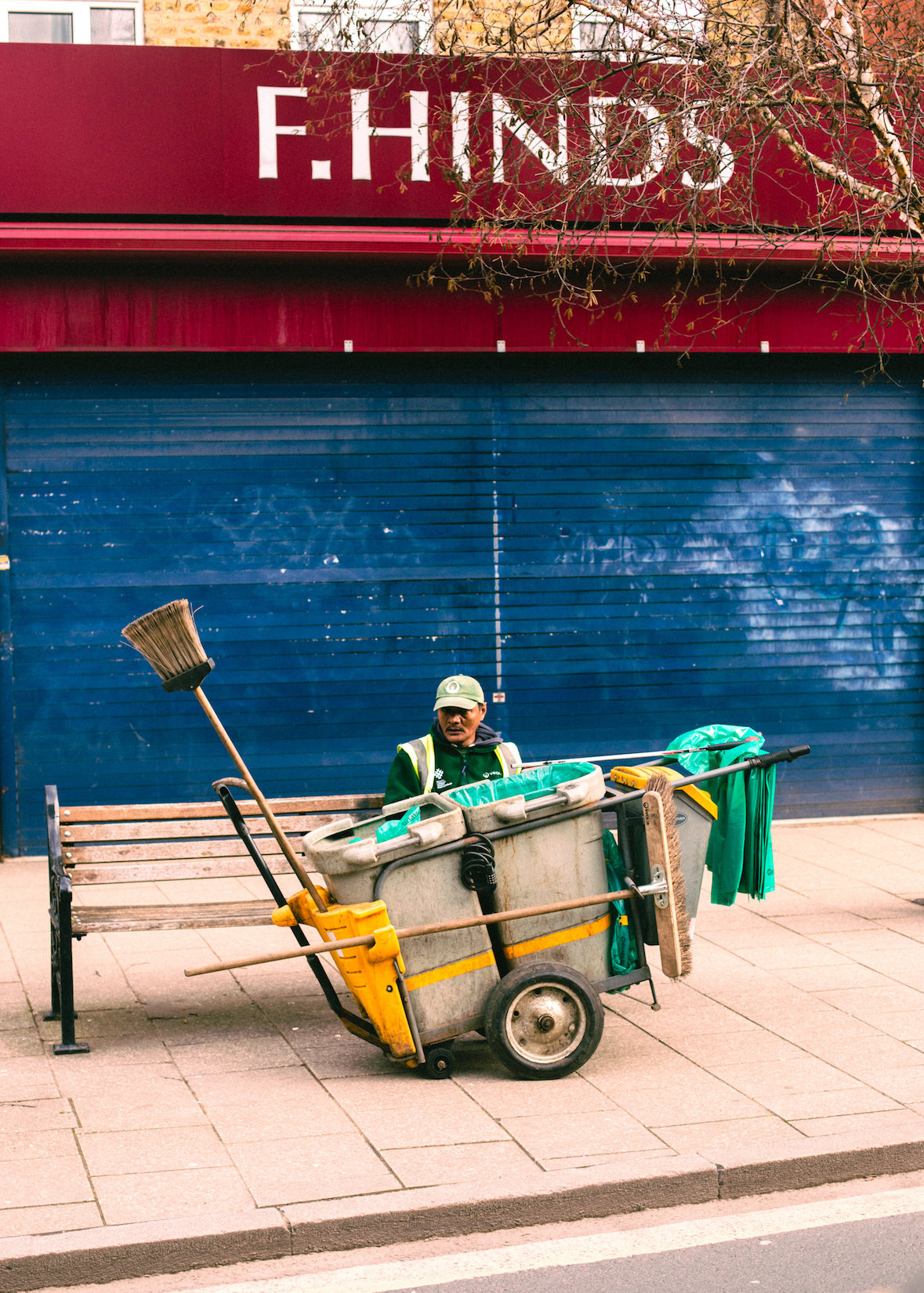 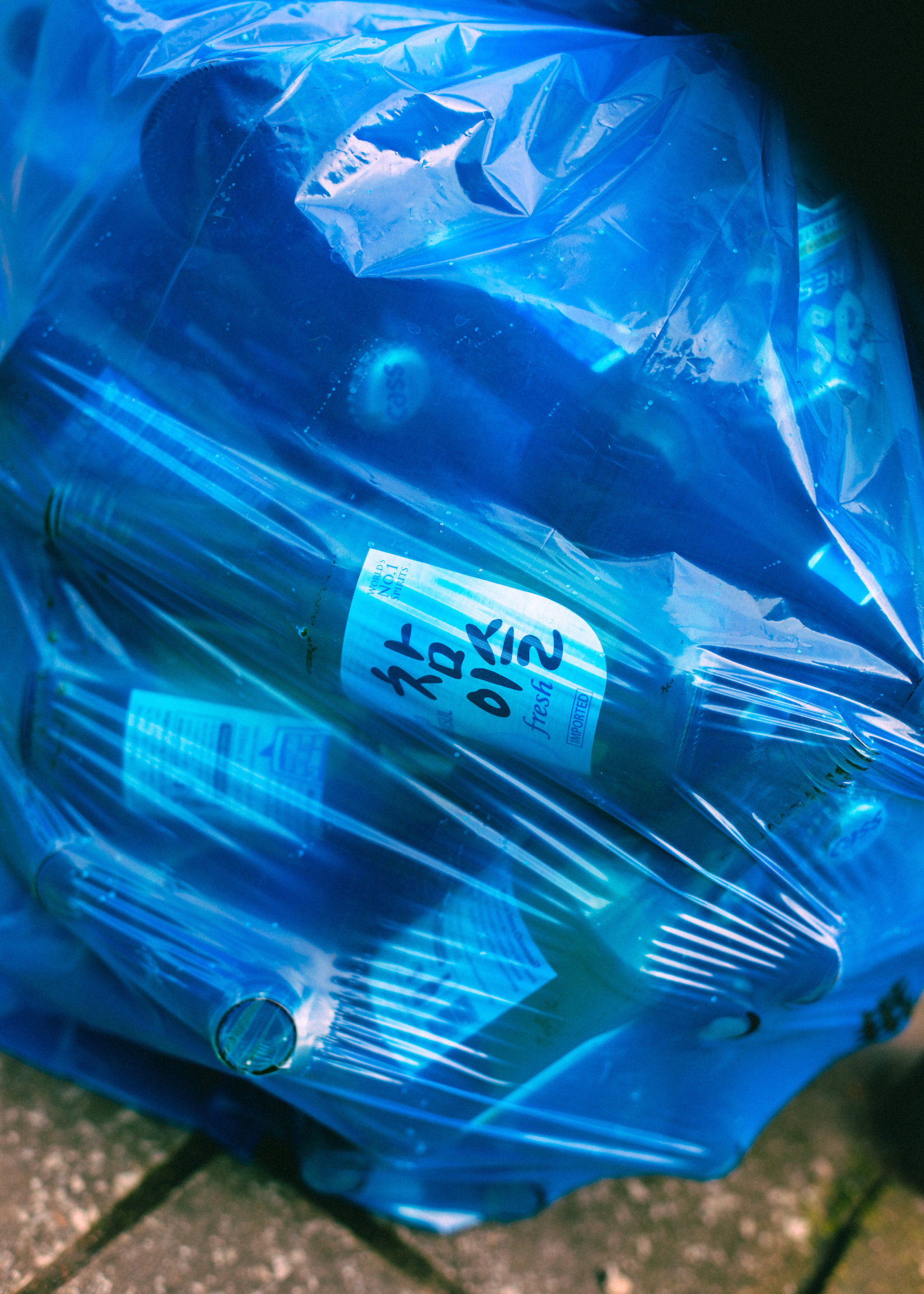 Despite nearly 70 years of division, the hard-driving work ethic and obsession with education of North Korean defectors mirror the values that dominate contemporary South Korean society. “I always tell my children how privileged they are to be here. Unlike their parents who grew up in North Korea where it is impossible to better your lives even though you try, here they can do anything as long as they work hard and try their best,” she says.

Even the pandemic, which has put millions of lives in financial turmoil, hasn’t deterred their pursuit for success. Kim explains that New Malden’s North Koreans view it as just another obstacle they must overcome. “All of the North Koreans who have escaped from North Korea went through life-threatening circumstances to get to where we are today. I’m sure we’ll survive [the pandemic].”

Before the pandemic, the North Korean society used to organise a range of events in New Malden to celebrate special occasions such as Seollal (traditional Korean Lunar New Year) and Chuseok (Harvest festival). There are also chat groups on messaging apps containing more than 100 North Korean members living in New Malden. Such spaces act as a source of dialogue and information, fostering closer ties among the group.

Myriads of Korean churches located in and around New Malden also play a vital role for North Korean residents. They are not just places for worship, but also where North Koreans socialise and bond with fellow South Koreans, as well as among themselves. The church is also a gratuitous helping hand to North Korean seeking advice on translation and other minor inconveniences. 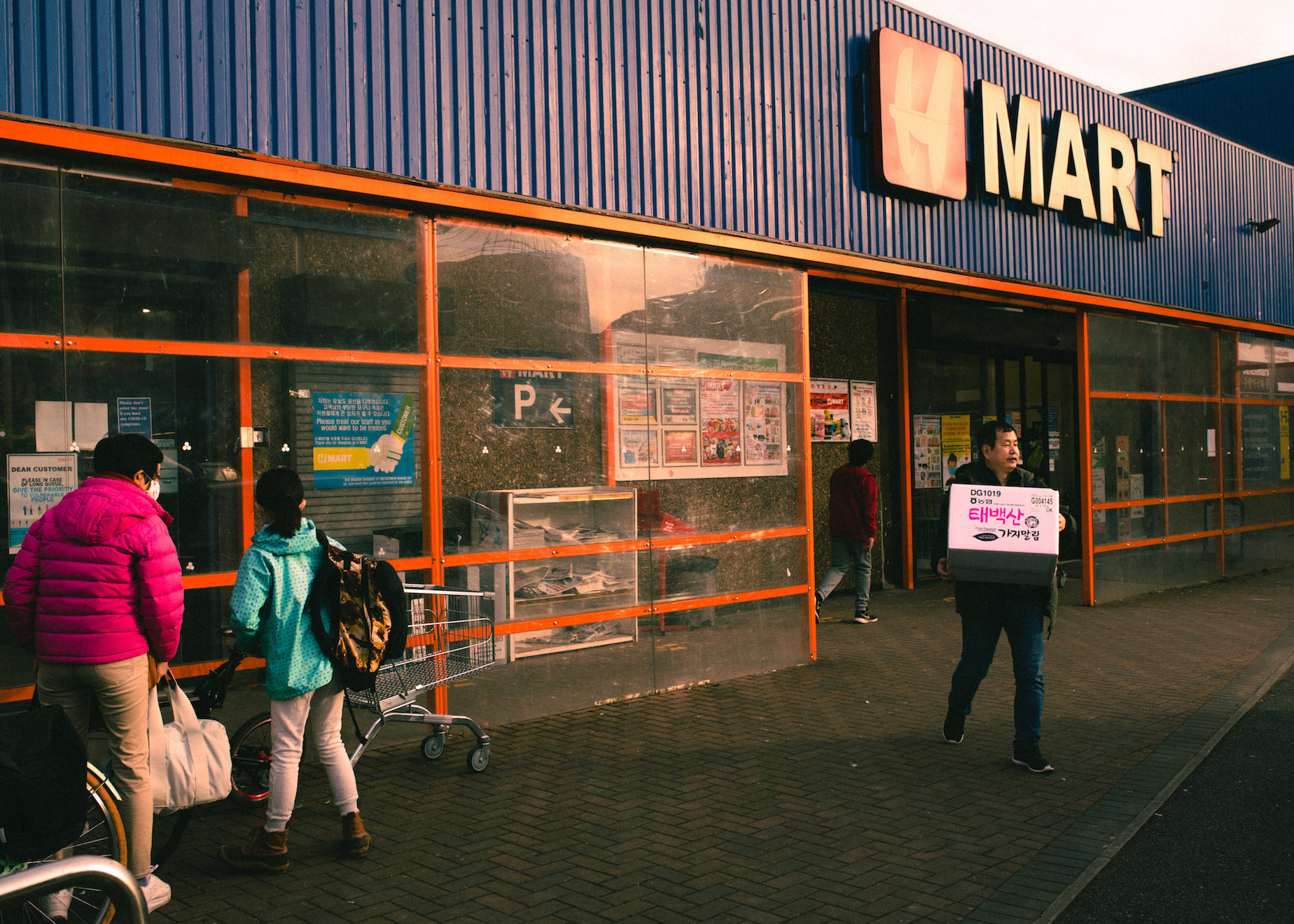 But outside the Korean language bubble, contact with the British public is severely limited. Kim says North Korean people are not weary of outsiders, but the language barrier hinders their ability to engage with those who don’t speak the Korean language. There is also a good reason as to why a lot of North Korean defectors prefer to lead quiet lives even after escaping from their home country. Most of them have families and relatives left behind and fear they could endanger the lives of their beloved ones back in North Korea if they expose their identities and make themselves too well known.

The outcome of these hindrances is that the North Koreans are effectively, although unintentionally, segregated from mainstream British society. “We don’t really feel the need to actively communicate with foreigners. I have colleagues who are British or American at work and we get along well and are on good terms. But that’s as far as it goes.”

In many ways, New Malden is just the right recipe for segregation. North Koreans can easily find a living here, as there is an abundance of work which doesn’t require a single word of English. For the community in New Malden, it is an ironic reflection of their motherland, North Korea: shackled behind the iron curtain, the so-called “hermit kingdom” is one of the most secretive states in the world and an enigma to many. 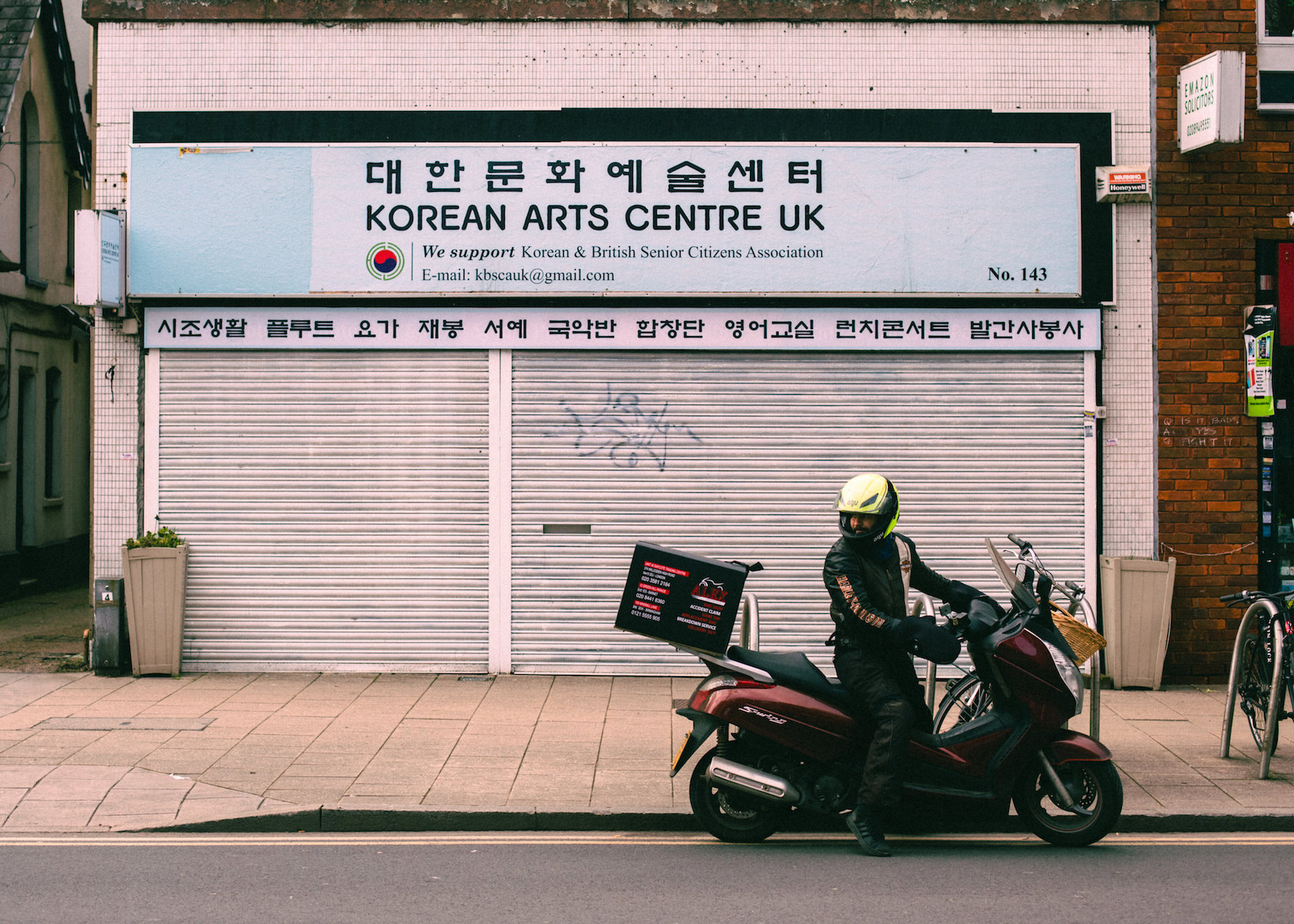 However, there is one stark contrast between the two: while one is a place where people can live freely under good conditions, the other is a chilling dystopia plagued with famine and censorship. There are currently more than 30,000 registered North Korean defectors living in South Korea according to South Korea’s Unification Ministry. In China, it’s been estimated that roughly 10,000 to 30,000 North Koreans live in the country. Other popular destinations for defectors include Japan, Canada and the United States.

Kim says the North Koreans in New Malden are just ordinary people trying to live their lives. The adults go to work to put food on the table and the children go to school to study. They have hopes and aspirations but also regrets and fears like everyone else. “We chose to settle down in New Malden and most of us have been living here for years. We have no country to go back to. New Malden is our home.” 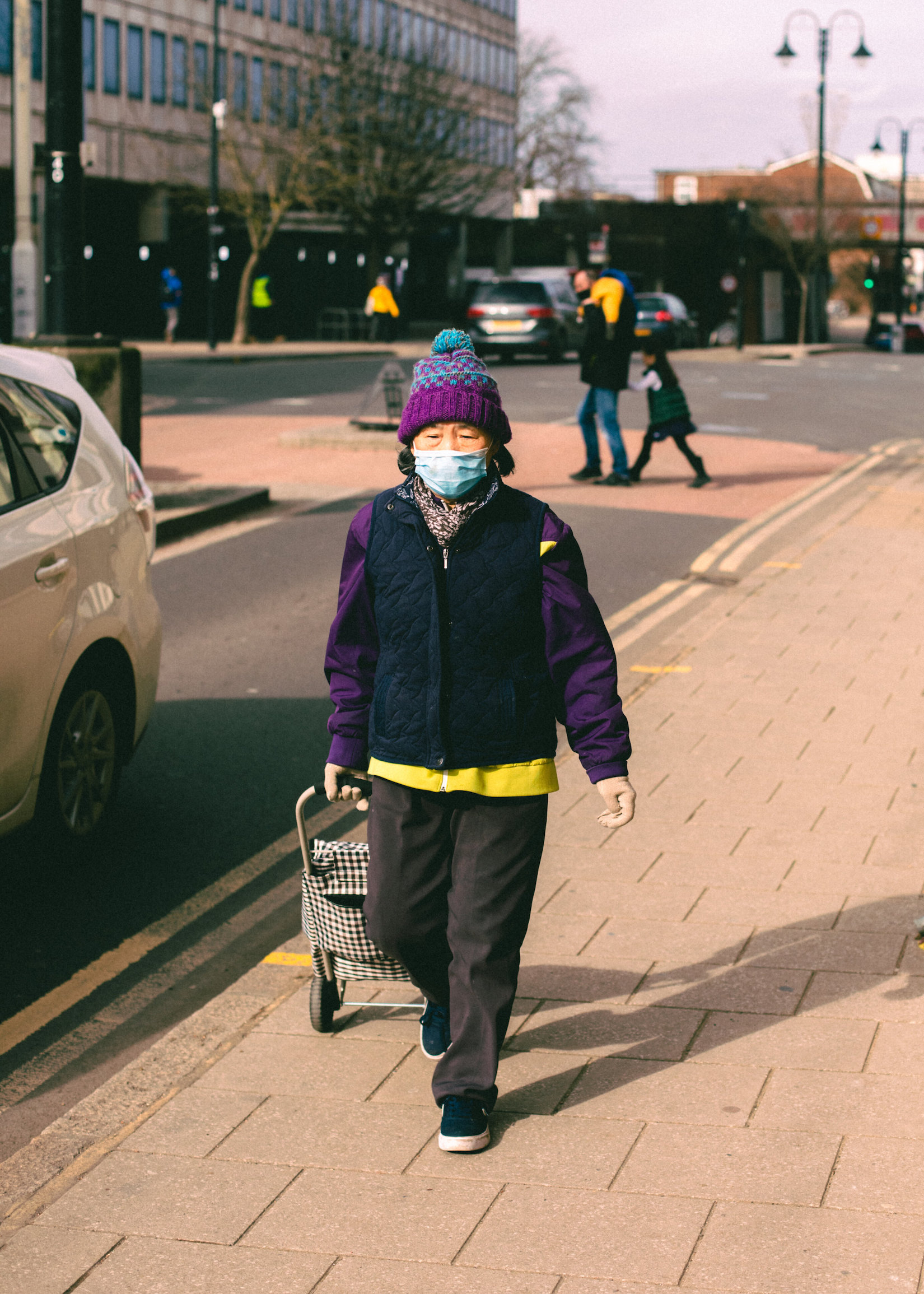 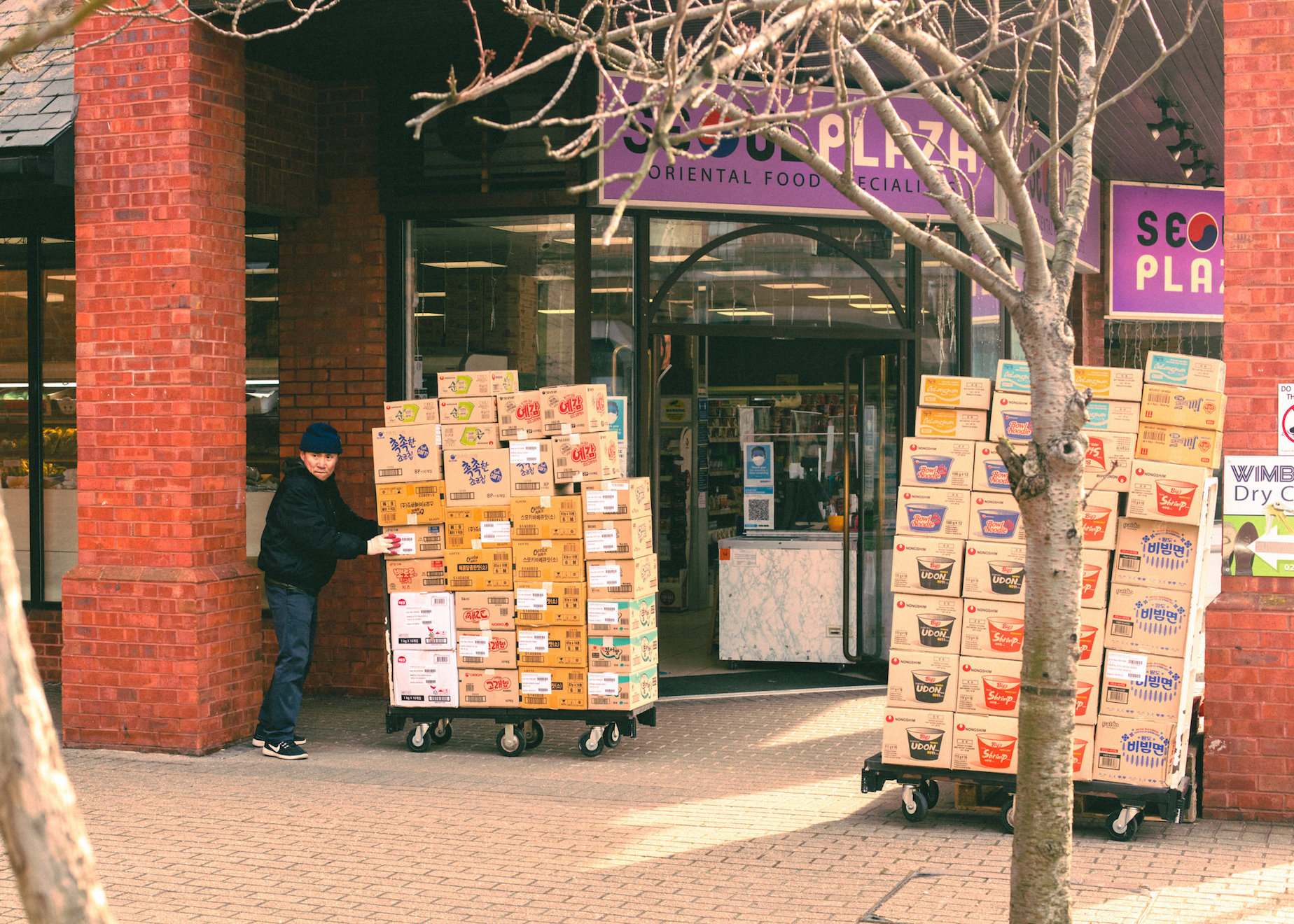 Home Away From Home is a series from Huck celebrating diaspora communities across the UK. See the rest of the series here.

Linkedin
RELATED ARTICLES
OTHER ARTICLES
Over the weekend, London locals came together to resist a pre-planned police raid targeting delivery drivers.
To mark the anniversary of the mass trespass of Kinder Scout, a group of hikers came together with the intent of creating a new, fully inclusive culture for rural spaces.
Photographer Phyllis Christopher recalls capturing sex and protest at a time when the city had become a haven for the queer community.
After news broke last week around an expected reversal of the 1973 landmark law that made abortion legal in the US, protestors gathered in the UK in support of American women.
Satirical culture in the UK routinely protects the powerful and punches down. It’s time people stopped laughing along, writes Elia Cugini.
The group’s leader and cofounder Randy Savvy talks nurturing the next generation of riders and keeping Black cowboy culture alive.