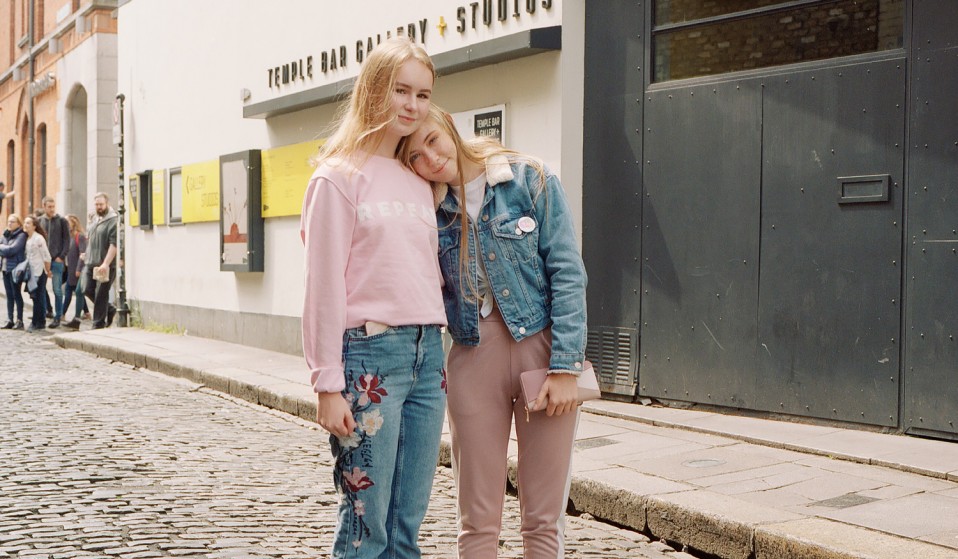 We head to the streets of Dublin to meet the young women behind Ireland’s Repeal the Eighth campaign, as they celebrate one of the most groundbreaking results of the country’s political history.

We head to the streets of Dublin to meet the young women behind Ireland’s Repeal the Eighth campaign, as they celebrate one of the most groundbreaking results of the country’s political history.

On Saturday morning, emotions inside the Dublin Count Centre reached an adrenaline-fuelled fever pitch. As groups of Repeal the Eighth campaigners exulted in each new ‘Yes’ poll result, people began to move to quiet corners, in tears and overcome by disbelief. The more emotional were reassured by friends or fellow campaigners, who were all uttering the same words: “we did it.”

No one foresaw the landslide victory by the ‘Yes’ campaign, which on Saturday brought Ireland’s draconian abortion laws to an end. 66.8 per cent of the electorate voted in favour of repealing the eighth amendment of its constitution that made abortion illegal. Perhaps the shock was so great because this was a battle fought predominantly by those who don’t normally win, especially in Ireland – women and the young.

“We’re no longer going to put shame and blame on people,” said a crying Donna Coney, who’s been campaigning and canvassing for Irish reproductive rights for decades. “We’ve told them that we’re equal citizens of this country now. It’s amazing.” 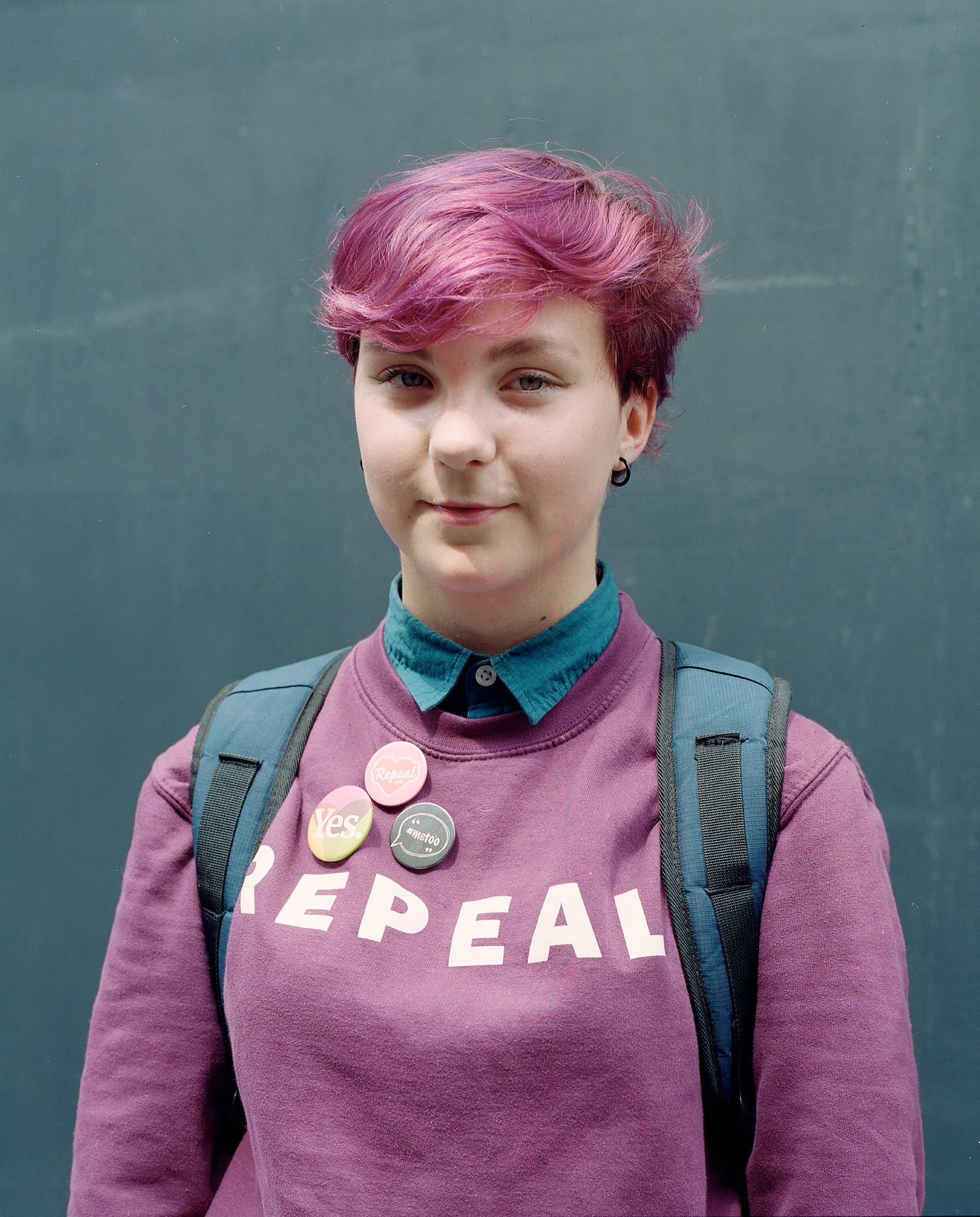 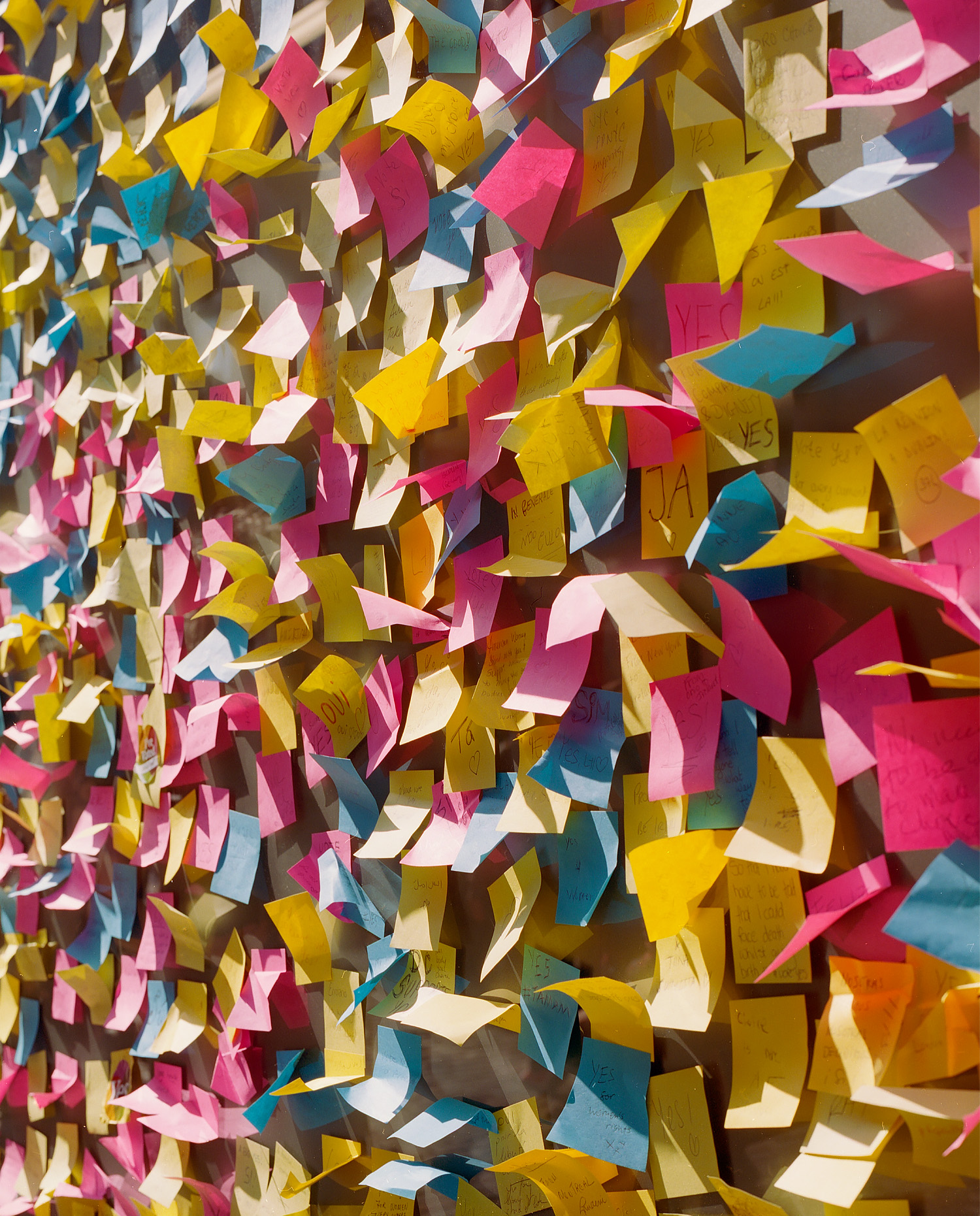 “Since our first constitution in 1932, women in Ireland haven’t had real equality in Irish society. But the Irish people have spoken now. We’ve said that we trust women, that we’re compassionate.”

Long before all the counts were in, it was clear that the country would be waking up to a new order that no one had dared to dream of. By Saturday afternoon it was certain. The record 64.8 per cent turnout proved perhaps what was already felt; that the abortion issue had moved and mobilised the entire country in an unprecedented way.

In Dublin, 77 per cent voted in favour of Yes, and even in the rural areas that had been expected to poll poorly, surprise results kept pouring in. Roscommon, one of two regional areas to come out against the Marriage Referendum in 2015, reported an almost 60 per cent turnout in favour of ‘Yes.’ 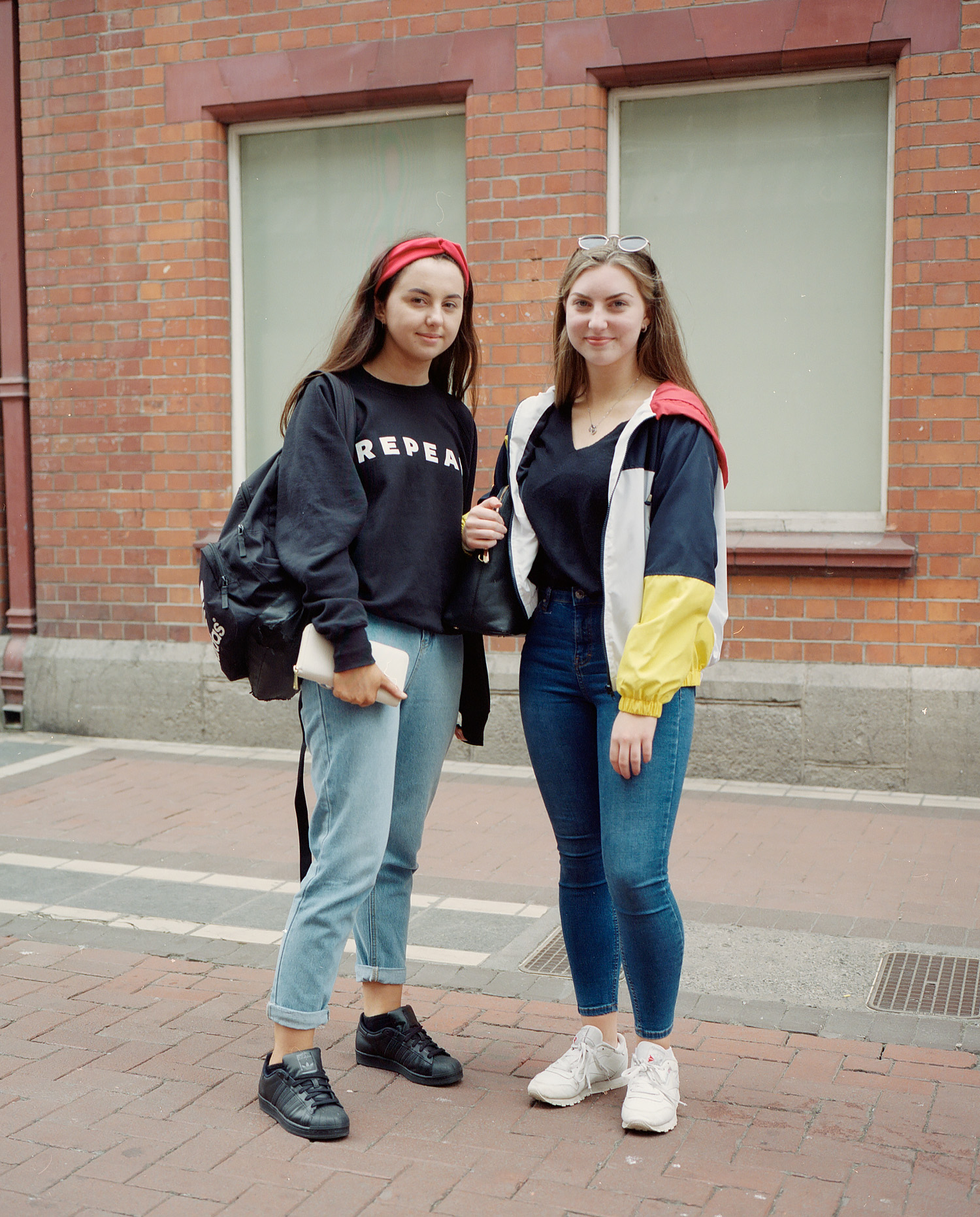 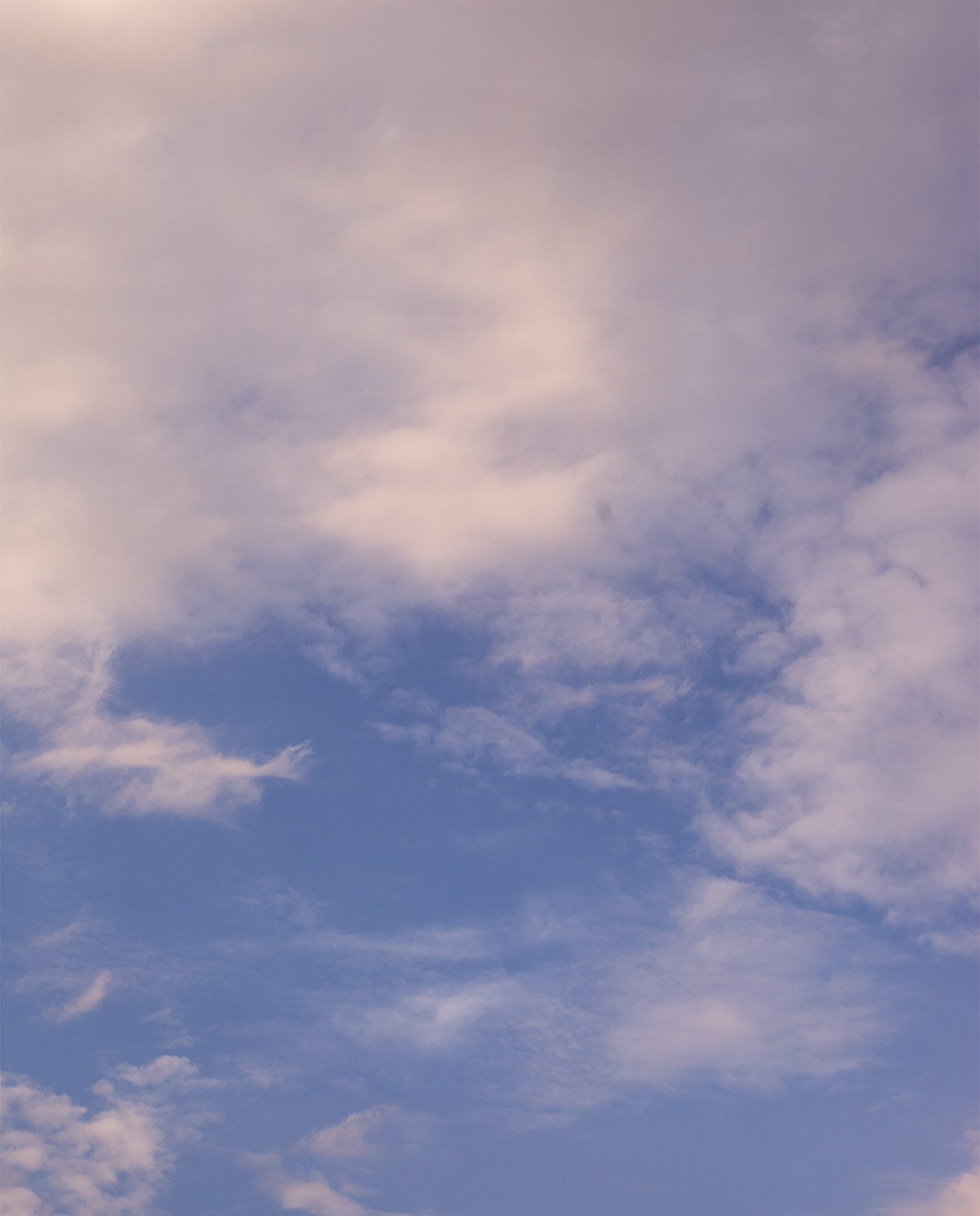 On the streets of Dublin on Saturday, the national sentiment behind the numbers was clear. Hundreds of people wearing varying forms of ‘Repeal’ and ‘Together For Yes’ clothing walked to and from Dublin Castle (where the results were officially announced), with chants erupting spontaneously amid blaring car horns.

Across town, people left flowers, letters, and notes around the mural dedicated to the memory of Savita Halappanavar: an Indian dentist who died of septic shock after being denied an abortion. Her death in 2012 is what rekindled the battle for Irish women’s reproductive rights that many had been fighting since 1983, when the war cry wasn’t “repeal” but “I’m against the amendment.” Halappanavar’s mural, stretched across a wall on Dublin’s Richmond street, served as a reminder of the life-or-death stakes of this debate. 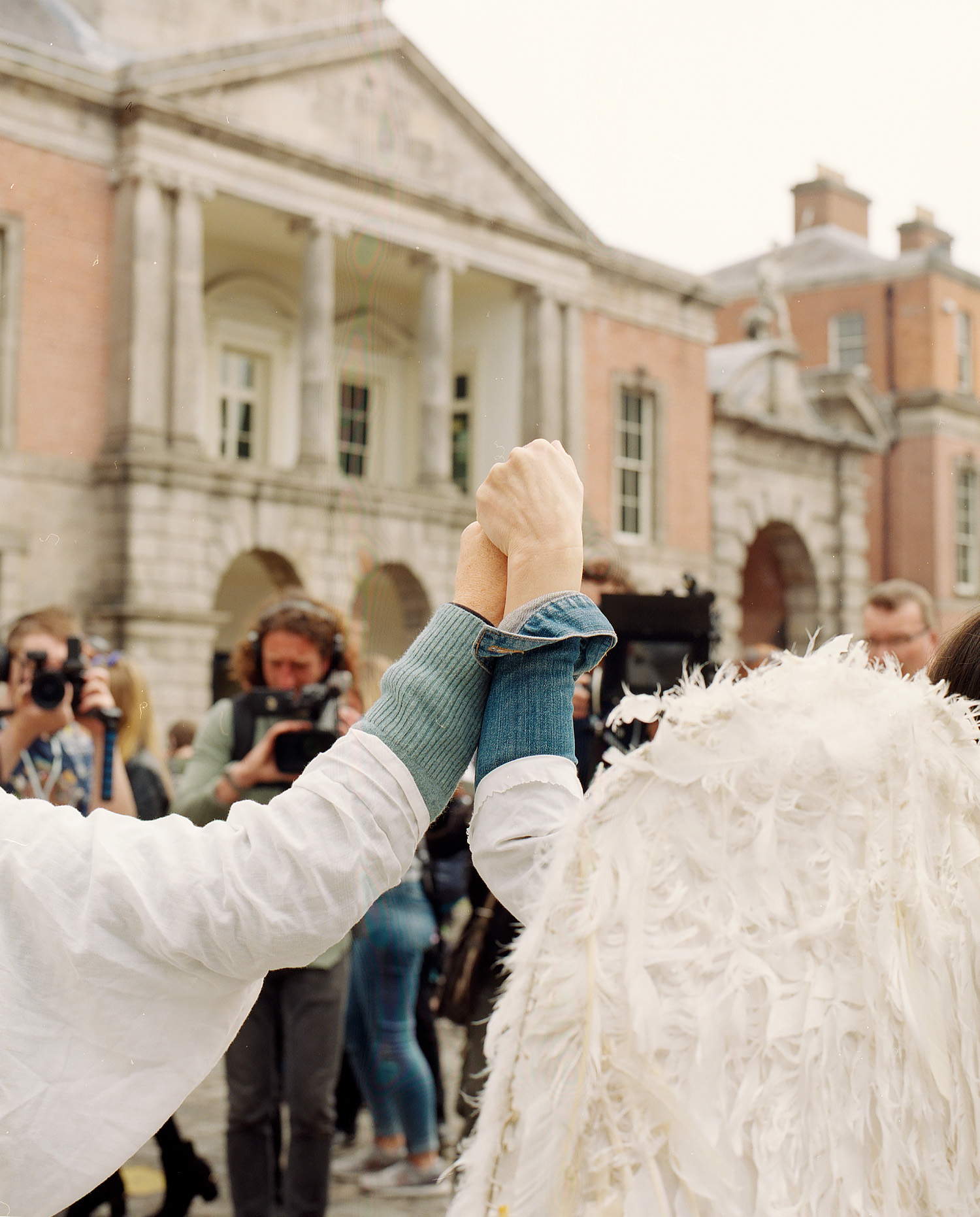 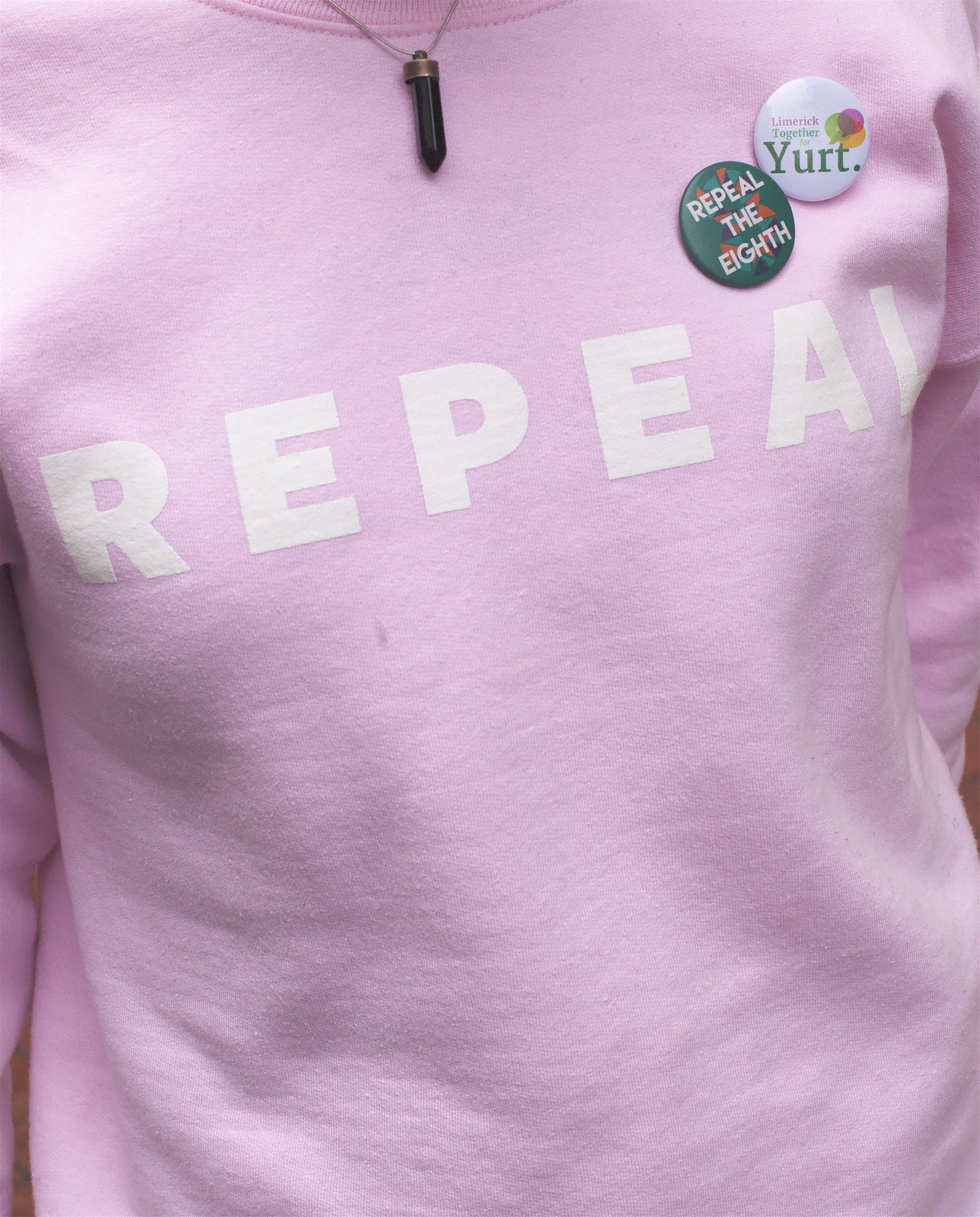 Overall, an astonishing 87 per cent of under 25s voted to repeal the eighth amendment – and it’s now clear to many that this result, much like the Marriage Referendum of 2015, signals the dawning of a new era in Ireland. “We’ve come of age and are interested in politics now,” says Mary Hayes, one of the leaders of the student group, UCD For Choice who campaigned in her native Tipperary, and was out on the Dublin streets celebrating.

Judging by the crowds that joined her, it’s clear that Ireland is in the midst of a “youthquake” – a revolution that sees it bidding a long overdue goodbye to its social conservatism and Catholic roots. The phantasm of the “silent” or “shy” conservative Middle Ireland majority has finally been banished. In its stead, it seems like there is a politically savvy body of young, and predominantly female, voters who may lead to changes that Ireland could never have previously dreamed of. 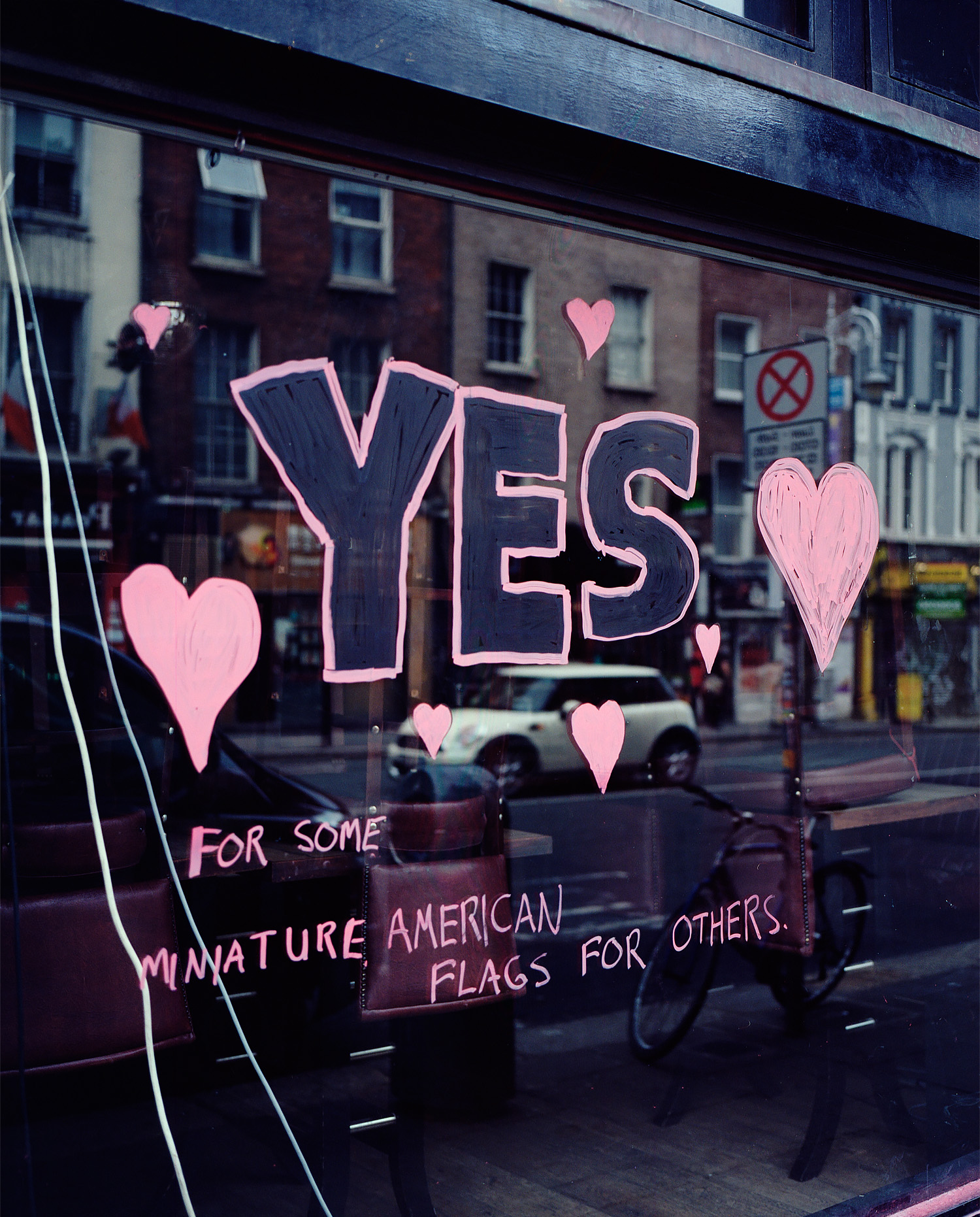 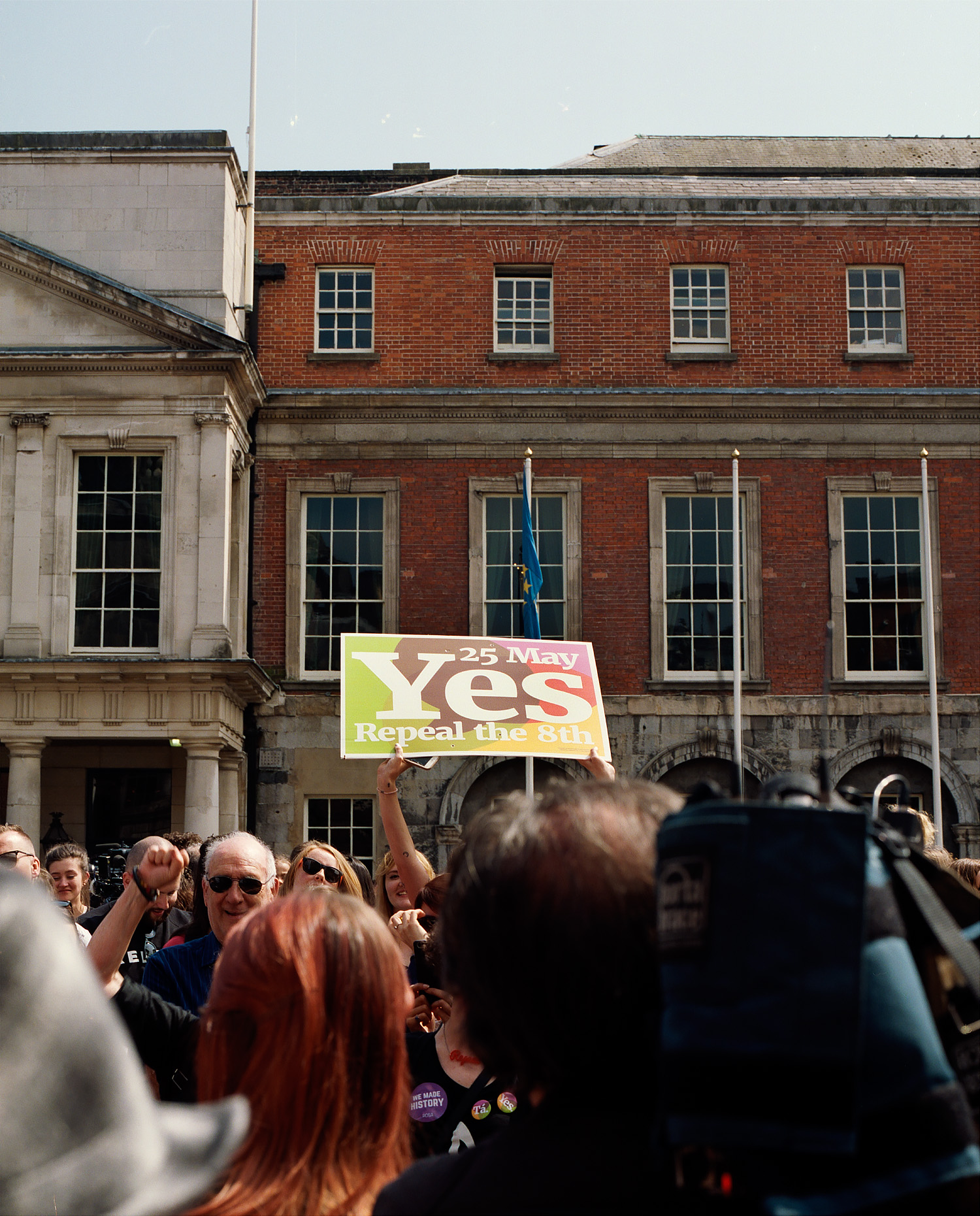 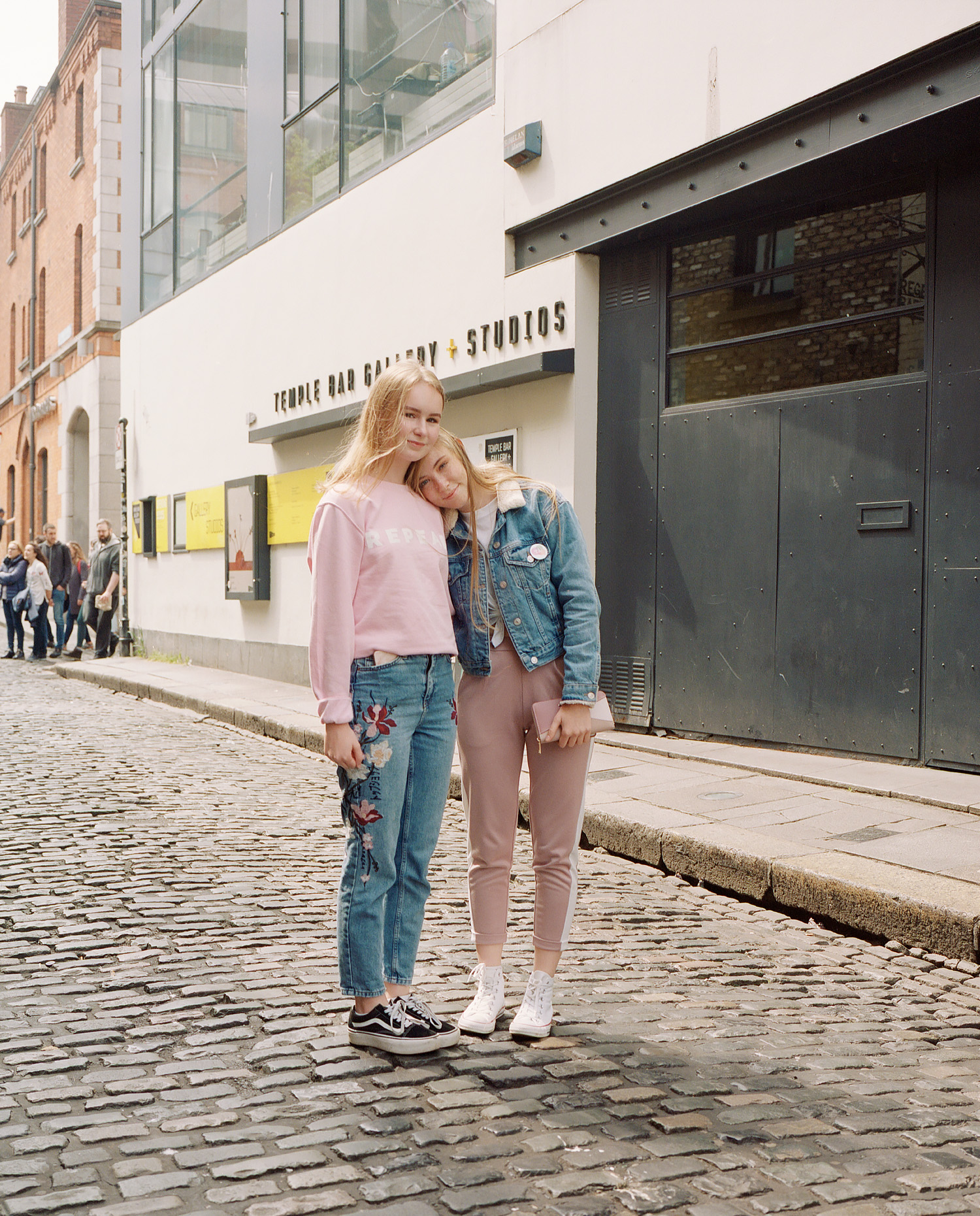 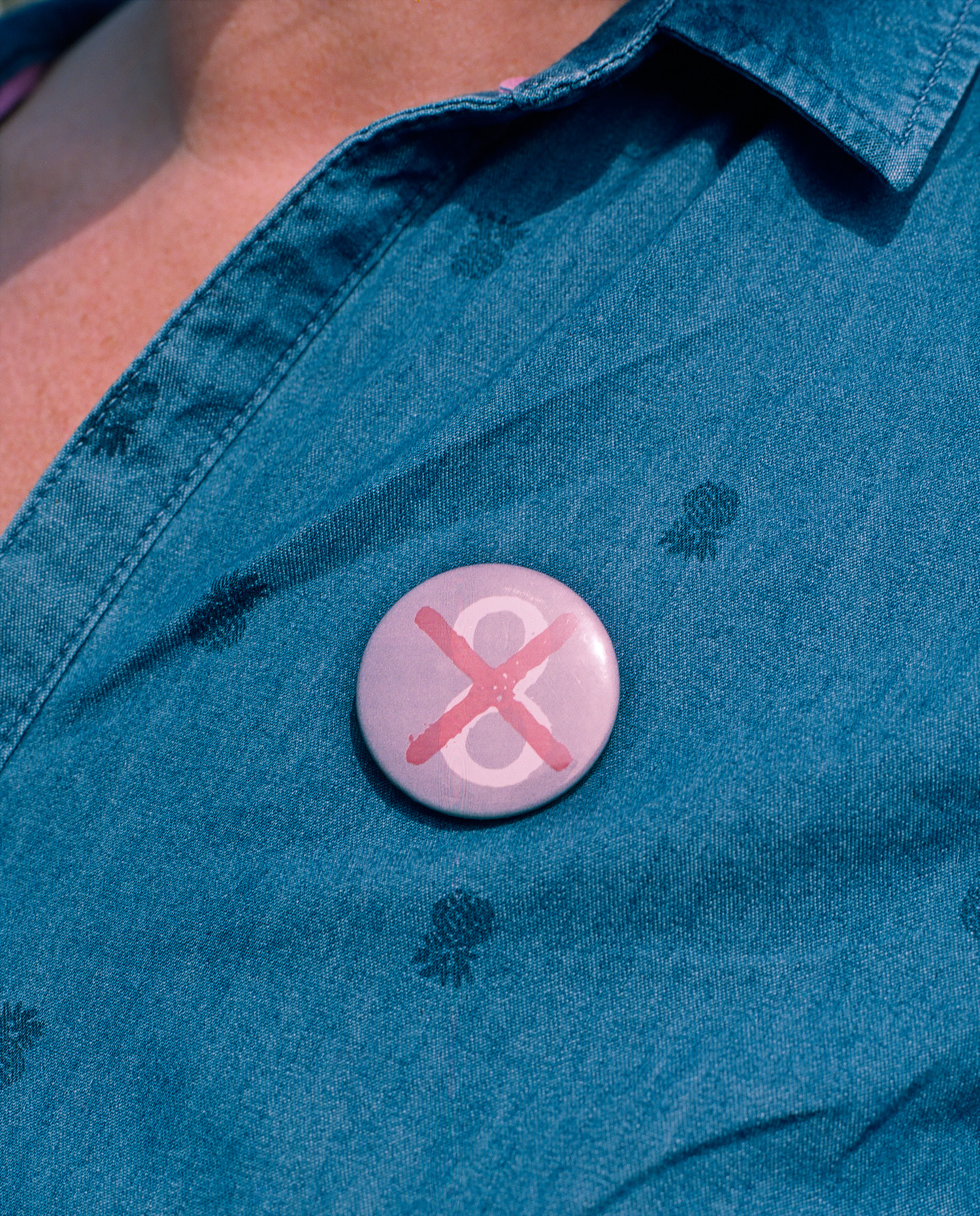 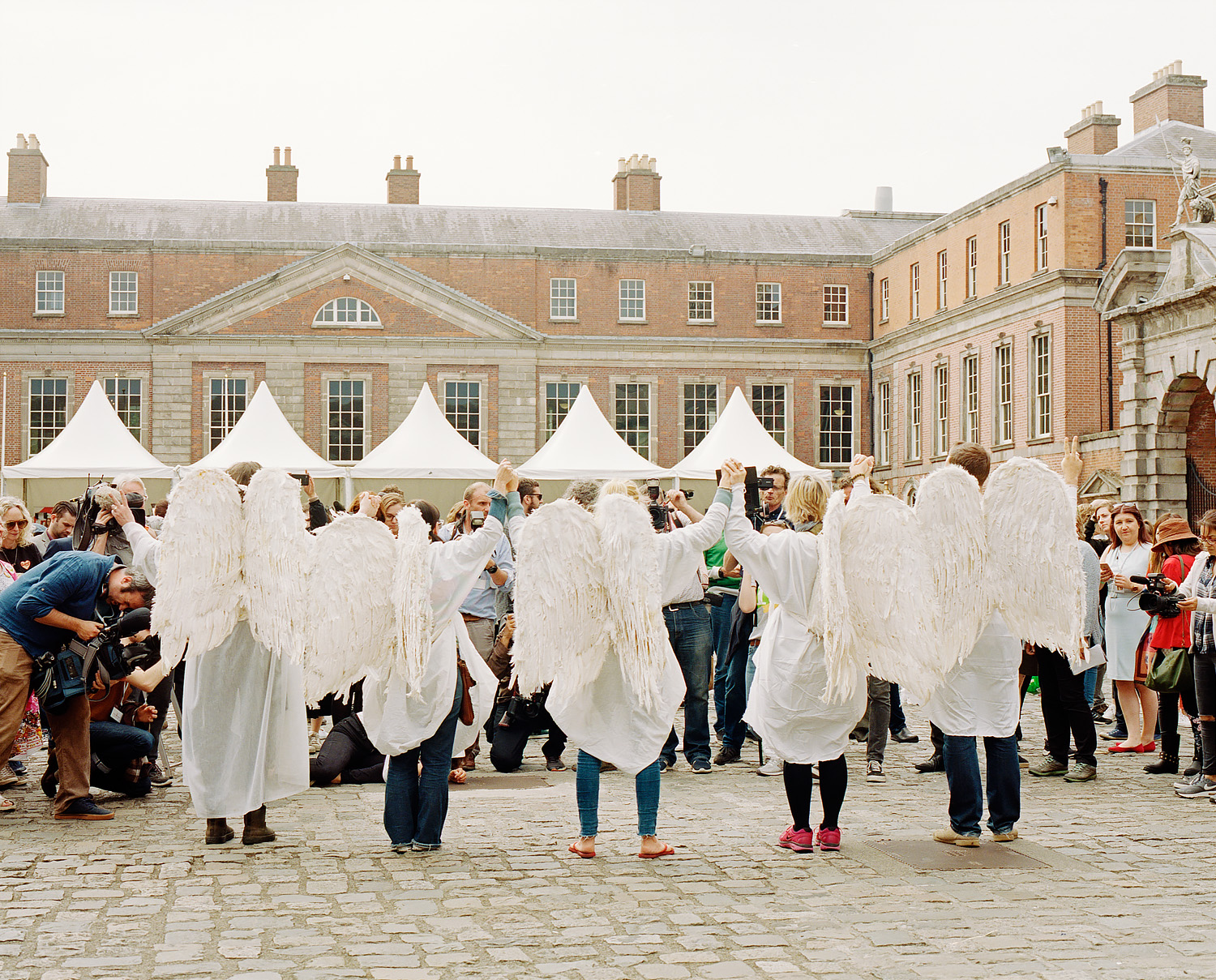 Linkedin
RELATED ARTICLES
OTHER ARTICLES
Over a dozen Stop Deportation activists locked themselves to each other outside a detention centre to prevent coaches taking those due to be on the Rwanda deportation flight from leaving.
With inflation now at a 40-year-high of 9 per cent, demonstrations organised by TUC took place to demand action from the government.
A new report has found that the majority of Britains approach trans issues with compassion. It’s about time this was reflected by our media landscape.
A new edition of a seminal book brings together iconic images of the band onstage in their full glory and backstage in moments of unguarded camaraderie.
50 years since its inception, and the campaign calling for recognition that capitalism depends on domestic labour is as pertinent as ever.
Writers Gracie Mae Bradley and Luke de Noronha take on the callousness of borders, arguing for a world beyond them.