News & Politics / ‘It’s been hell’: stories from the NHS frontlines 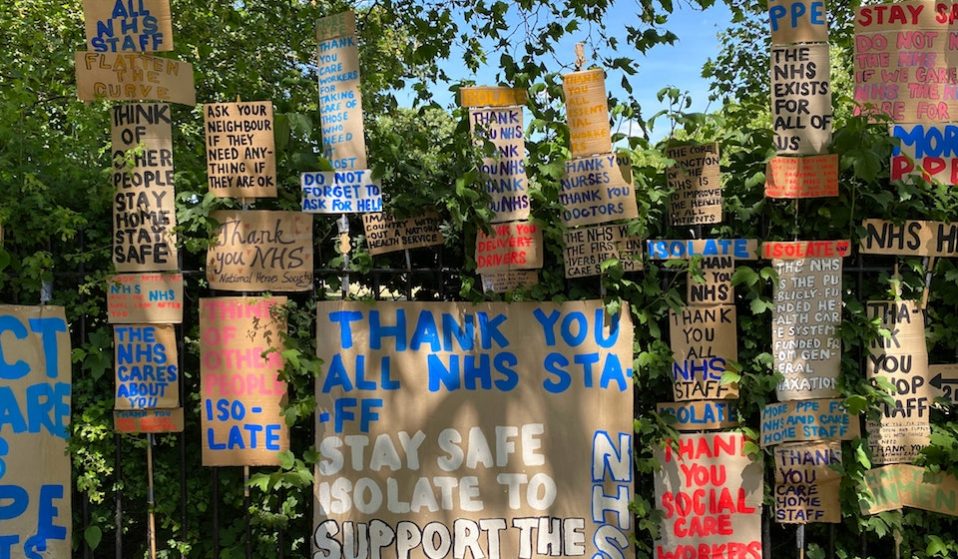 We spoke to NHS staff working tirelessly over the Christmas holiday amid the escalating COVID-19 crisis.

We hear the stories of NHS staff working tirelessly over the Christmas holiday as the COVID-19 crisis continues to devastate hospitals.

This festive period was never going to be the same as usual – everyone knew that. But things only got worse when just a week before Christmas, a new strain of COVID-19 took hold, leading to an eye-watering increase in cases and deaths and a government U-turn on households mixing upended the nation’s holiday plans.

As many people tried to scrape together what joy they could over their Christmas break, NHS staff found themselves on the frontlines of a monumental crisis. As hospital admissions soared, and the number of patients in beds in London and the surrounding areas exceeded that of the peak in spring in 2020, healthcare workers were on duty night and day, saving lives and keeping the NHS afloat. As hospitals across the southeast reached breaking point, we spoke to NHS workers to hear their stories of a Christmas like no other.

“The Christmas weekend was easily the worst and most traumatic weekend I’ve worked. I work on the Covid ward and have done since the beginning of October. The past two weeks have been getting worse and worse in terms of both staffing levels and ventilated beds. I heard ‘we don’t have the beds’ in reference to escalating patient’s care to the Intensive Treatment Unit (ITU)/ High Dependency Unit (HDU), so they had to remain on the wards. Wards are overwhelmed every winter to be honest, but we’ve really been struggling the past three to four weeks.

“On Sunday night (December 27), after months of begging to start CPAP (non-invasive ventilation) to help the chances of people there, two CPAP patients appeared suddenly with 20 minutes notice. ITU were unaware, medical seniors were unaware. It was just me and two very sick patients who’d been transferred. Sometimes the emergency call would go out to (specially trained) ITU staff but they couldn’t come immediately because they’re so overwhelmed with seeing other sick patients.

“Me alone, I’ve had four serious medical emergencies, with two of them going to ITU and one sadly passing away. I’ve got a ward full of young people on high flow oxygen on their fronts and older people who are sadly nearing the end of their lives. We’ve had two consultants pass away from Covid in the last week, one of whom was on my ward when he died suddenly.

“Morale is absolutely awful, especially when we look at our neighbouring countries and see how different it could be. Feels like this Government is playing with our lives and we have no control. We’ve known about Covid for a year and we’re in a worse position than we were in March. It makes no sense to me.”

Hospitals are running out of oxygen.

One trust has no non-invasive machines left.

ICUs are tweeting for volunteers to prone patients.

Please. Stay at home if you can.

“In my hospital, all non-emergency surgeries have been cancelled and theatre staff have been redeployed to ICU and critical care units, for at least the next two months it seems. There’s been talk of it happening for a while, but the decision seems to have been made quite suddenly – or at least, it’s been communicated to us quite suddenly. Morale has been OK, though obviously lower in ICU. Staff there are very grateful for redeployed stuff to ease the load.

“The impact of staff being redeployed is hard to say, with all so-called ‘elective’ surgeries being cancelled (so, anything that’s not an emergency), it’s not unlikely that some people’s health will suffer. At the very least it means longer and longer waiting lists.

“What we need right now is more staff. And maybe a pay rise would be nice. One can only dream.”

“It feels surreal knowing what is happening at work and then not seeing that reflected by either the Government or most of the media. I work as a healthcare assistant on a ward which is handling Covid admissions as well as extremely unwell patients on CPAP.

“Neither the nurses I work under nor myself are trained in this tech. It’s something you wouldn’t normally see on my ward, but I now spend my shifts caring for these very sick patients as our ITU is full. In normal times, the Nursing and Midwifery Council wouldn’t let us near these patients, as it’s not within our competency. Training for us literally consisted of the first CPAP patient arriving and an ITU specialist nurse showing us how she would set it up and some basic troubleshooting which took about five minutes.

“Patients die, I prepare the body and within minutes, there is another patient dropped off by A&E to take the bed. It’s relentless. We regularly run out of essentials like clean linen, disinfectant wipes and even nasal canulas for administering oxygen as we can’t get them from central supply to the wards quickly enough.

“We have a critical care outreach team (one nurse, one doctor) to cover the hospital but they aren’t always available, as we’re massively overstretched. Nurses I work with have been filing incident reports nightly stating unsafe staffing so they can cover themselves if anything happens. I want to make clear: I don’t blame the trust or the hospital management for this. They are doing their best in a horrific situation and the hospital is generally a great hospital to work in but this shit is mad.”

Today, my nurse had 14 patients to tend to because they’re that understaffed. Yesterday, there were 3 nurses on duty to care for an entire ward. 3. So when I come online & see tweets like ‘the NHS is okay’ I realise the privilege. The NHS is overwhelmed & dying & so are nurses.

“My annual leave has been cancelled and I’ve been ordered back to work from Monday (4 January). It’s terrible there, the ITU has so many patients and they only have eight official beds. Most of the wards are Covid wards now.

“I’m going into a CPAP ward only having had 5 minutes training. They’re having to convert the children’s wards, close the theatres and just put the most serious patients in escalation units.

“People need to know how urgent it is right now.”

Paramedic, east of the country

“Covid has seen us try and avoid hospital admissions as much as possible which is the sensible thing to do, however, we have been put in the position of telling families (mostly of care home patients) that there is no treatment and their relatives will die. I can’t count the number of phone calls I’ve had to make this year explaining to a next of kin that their loved one is unlikely to recover and try and facilitate some kind of phone conversation between a distressed relative and a disorientated, elderly patient.

“This year there have been way less hugs goodbye, way less hand-holding at the beside. Which was never an easy part of the job to facilitate, but it was important. In most cases, the crew themselves or care home staff try to step in and hold hands or provide some kind of company. If you do take someone to a Covid ward, you do so knowing that they will not see their family again and you’ll be the last face they see as all staff in the ward will now be wearing hood, goggles, hair net. They’ll never see a smiling face again. They’ll never hold a hand that’s not in a double layer of gloves again.

“They [management] give us a paper mask and gloves to attend covid positive patients, then no down time to decontaminate properly, and then blame staff for going off sick with Covid. We’ve had several colleagues critically unwell and one was on life support for six weeks. He’s still recovering at home now, and probably won’t ever be well enough to return to work and yet we are still being sent out in inadequate PPE.

“I love my job and I love what I do, most NHS staff will say the same. I’m happy to step up to take care of people but at the moment I don’t know how long this level of emotional stretching can go on before it snaps.

Linkedin
RELATED ARTICLES
OTHER ARTICLES
In her new book, the author explores the country’s housing crisis in human terms and calls for radical action to address a broken system.
The author discusses the all-consuming nature of heartbreak, and turning the experience into an incisive exploration of love and loss.
A new edition of a seminal book brings together iconic images of the band onstage in their full glory and backstage in moments of unguarded camaraderie.
The singer-songwriter discusses her intimate new project – and the advice she’s picked up across a career as one of rock’s leading voices.
A new report has found that the majority of Britains approach trans issues with compassion. It’s about time this was reflected by our media landscape.
Over a dozen Stop Deportation activists locked themselves to each other outside a detention centre to prevent coaches taking those due to be on the Rwanda deportation flight from leaving.