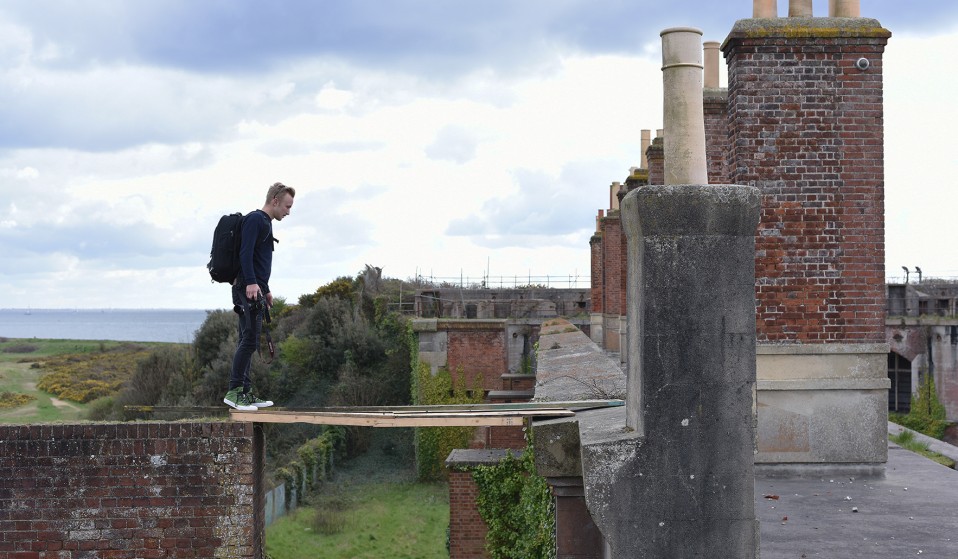 We catch up with the London-based photographer Jacob Riglin to find out why he goes to extreme heights to get the perfect shot in his new Chuck Taylor All Star II Knit.

We catch up with the London-based photographer Jacob Riglin to find out why he goes to extreme heights to get the perfect shot in his new Chuck Taylor All Star II Knit.

Photographer and adventurer Jacob Riglin is describing the time he climbed 336ft to the top of a tower on New York’s Manhattan Bridge at 3am in the morning.

“There were really low clouds, and it was insane. We just sat in the clouds and watched the sun come up. Those are probably some of the best photos I have. But I’ll never do that again. I won’t take the chance twice.”

Jacob’s responsible but he’s certainly not risk averse. Today we’ve joined him to explore an abandoned old military fort in the South of England – where he’ll attempt a ‘dronie’ perched precariously on a soaring scaffolding structure – and the agile photographer effortlessly ascends chimney stacks and tiptoes along walls with hundred-foot drops either side. He’s totally unphased. 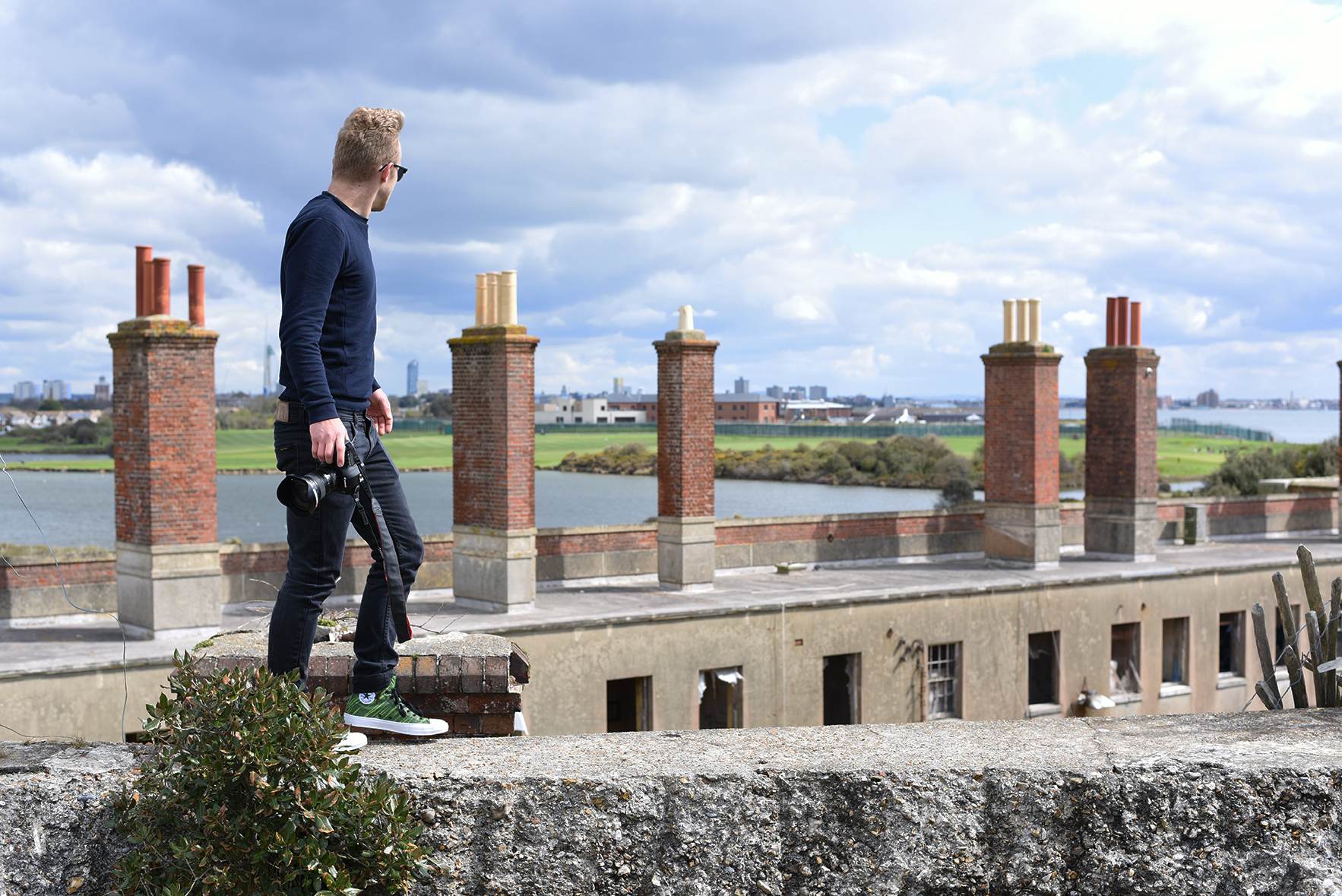 That’s because Jacob is part of an elite community of vertiginous photographers who go to extreme heights to get the perfect shot. Sharing their work on social platforms like Instagram, this adventurous group  – some of which hang by their hands from difficult-to-grab ledges thousands of feet into the sky – are gaining huge popularity in the digital world. But Jacob, who grew up in London, knows his limits.

“There are some people I watch – a lot of the Russians and some of those guys in Hong Kong, who are crazy,” says Jacob. “I know I could hang over a ledge, hold my own weight, and pull myself back up. But I wouldn’t put myself in that position. I never want to be out of control. And I feel like what I do, I can completely control. I work out the risk before I do it.” 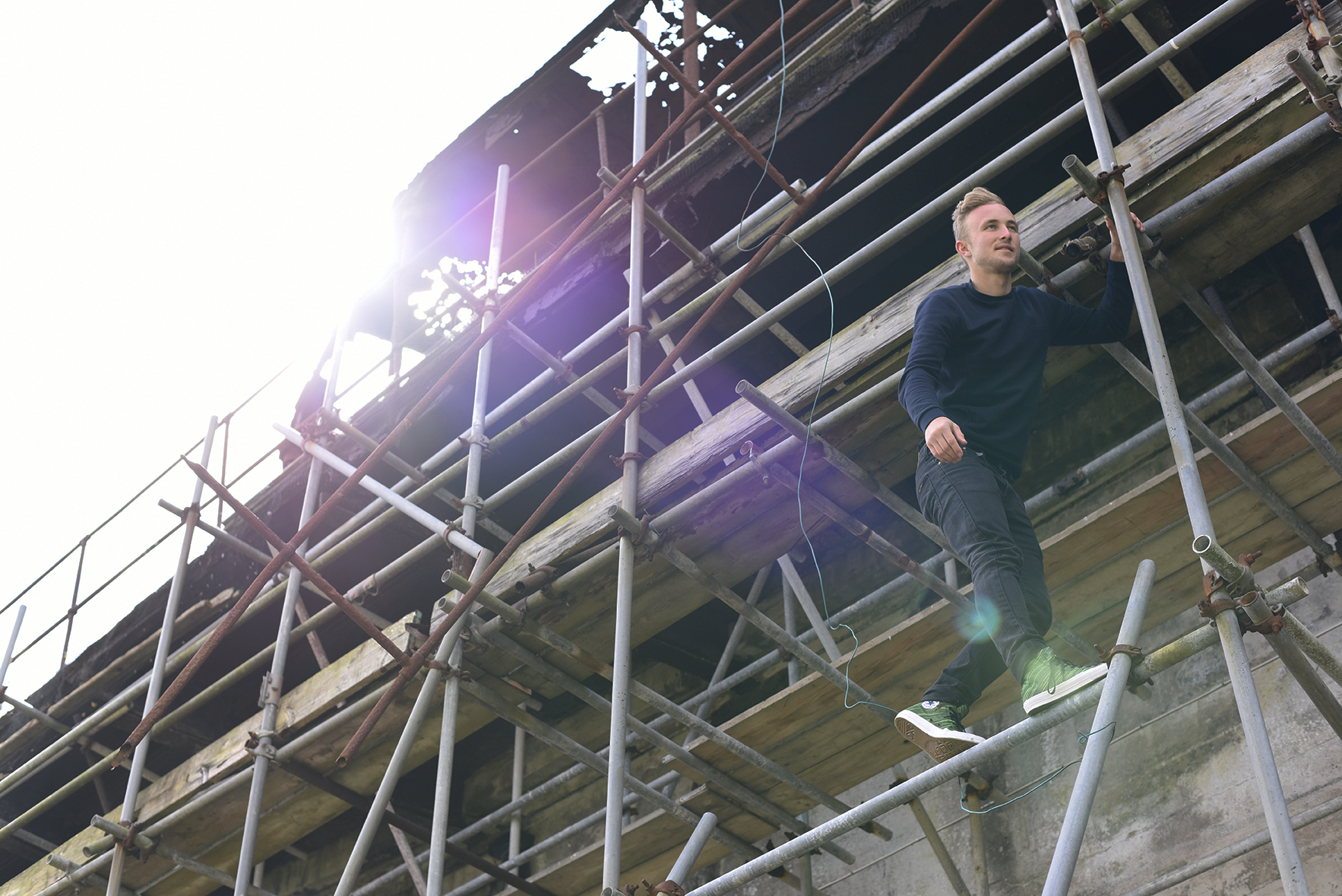 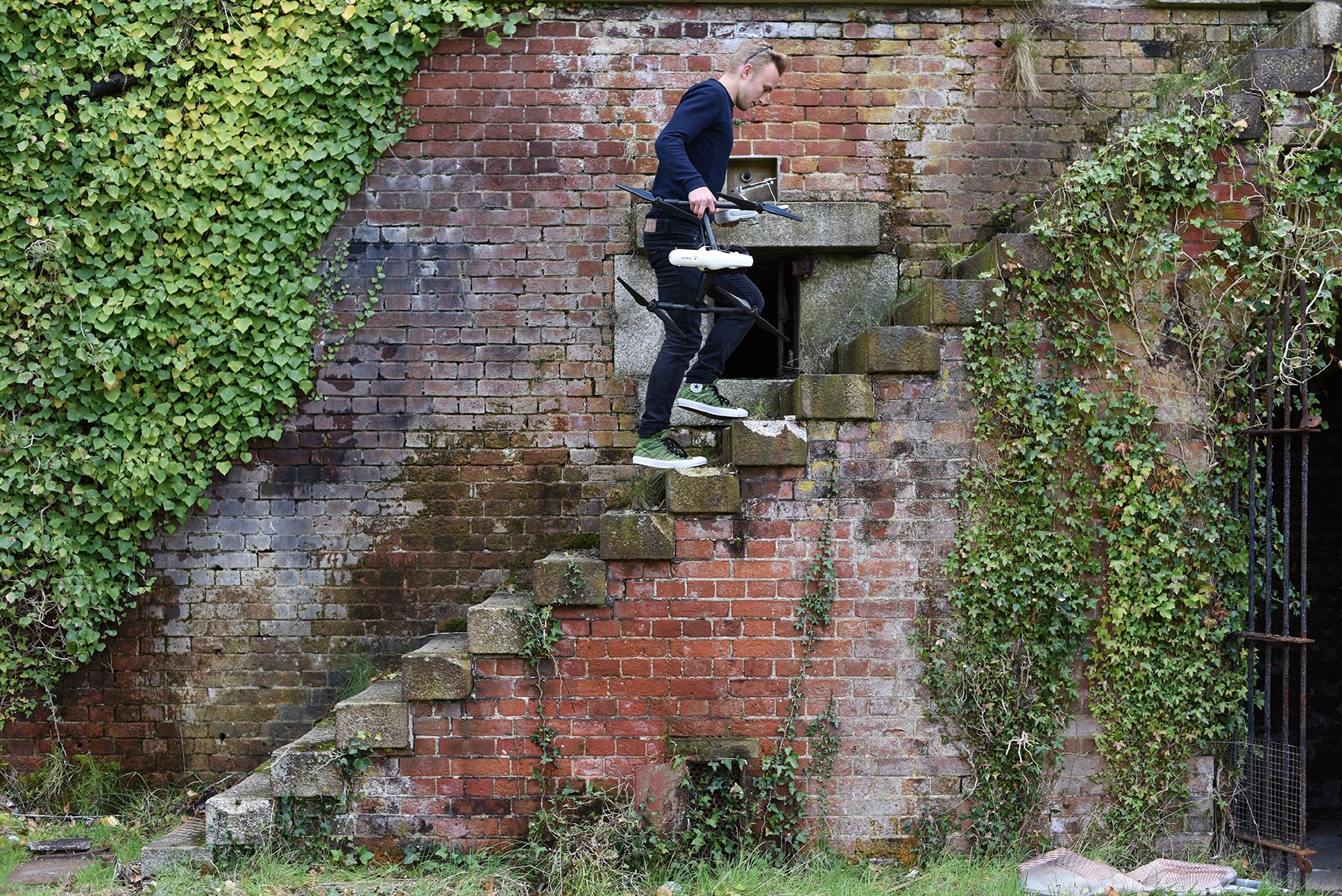 Three years ago Jacob was saving to travel, putting off his University placement, and working out what he wanted to do with his life. But fast forward to today and the twenty-one-year-old is racking up the airmiles almost as fast as Instagram followers – of which he has 260,000 – and producing incredible film and photography from some of the most remote places on the planet. Jacob only joined Instagram in January 2014, but it’s completely changed his life.

“I wanted a place to share my work,” he says, “And I’d seen people using Instagram for more than selfies and pictures of their dinner. So I started posting my work and it got picked up really well and well received. I love the instant feedback you get – it pushes you to do better. It made me strive to push my work and provided inspiration. It also allowed me to meet and shoot with other people in the community. Instagram has a huge network across the world. And that’s how I’ve built my friendship group, photography-wise.” 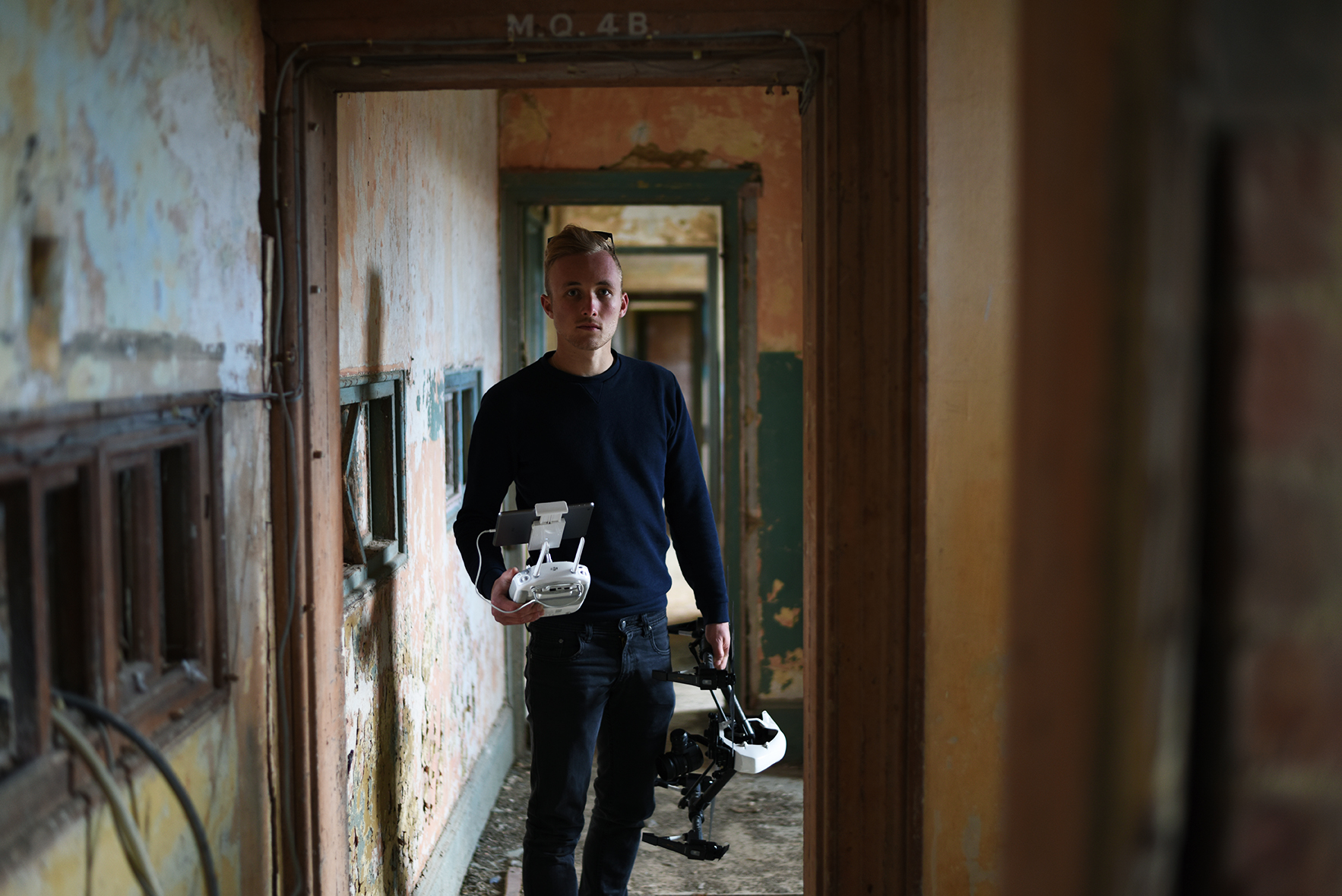 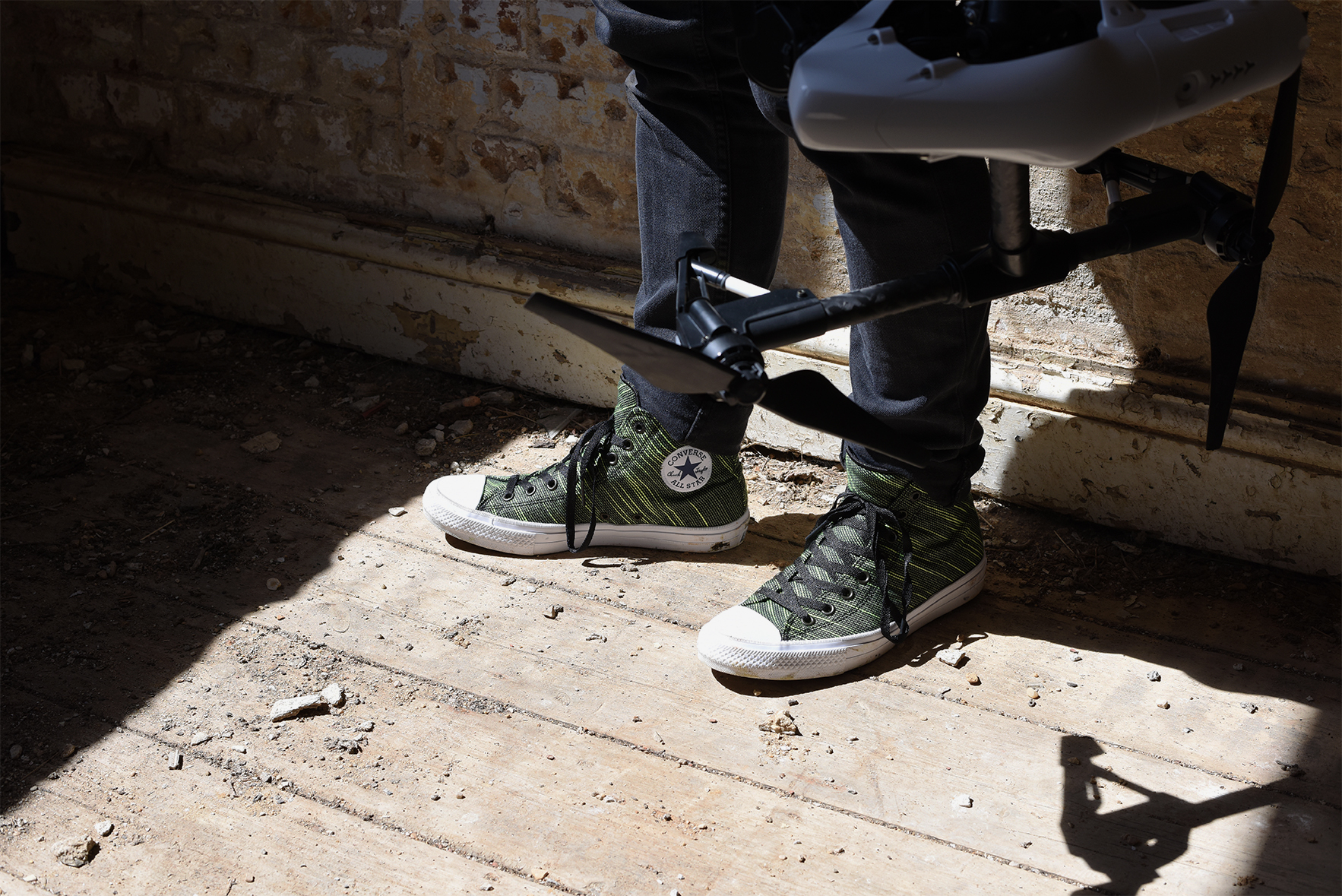 Bird’s-eye views of fairytale castles, rickety rope bridges over huge bodies of rushing water, and a bottle of New Year’s Eve Dom Perignon on the roof of a high-rise are just some of the otherworldly scenarios that populate Jacob’s colourful feed. His angle on life caught the eye of Converse for their new Chuck II campaign, collaborating with young creatives to show how you can be ‘Ready For More’ in their innovative new sneaker, and he’s also produced promotional videos and imagery for travel companies in the Dominican Republic, New York, and soon, the Philippines.

As he’s progressed in popularity, so have his production values, and he’s added valuable tools – like a DJI Phantom Drone, which he’s flying around the abandoned military fort today – to his arsenal of aerial kit. But Jacob is adamant that it’s his vision and not the technology that sets him apart. 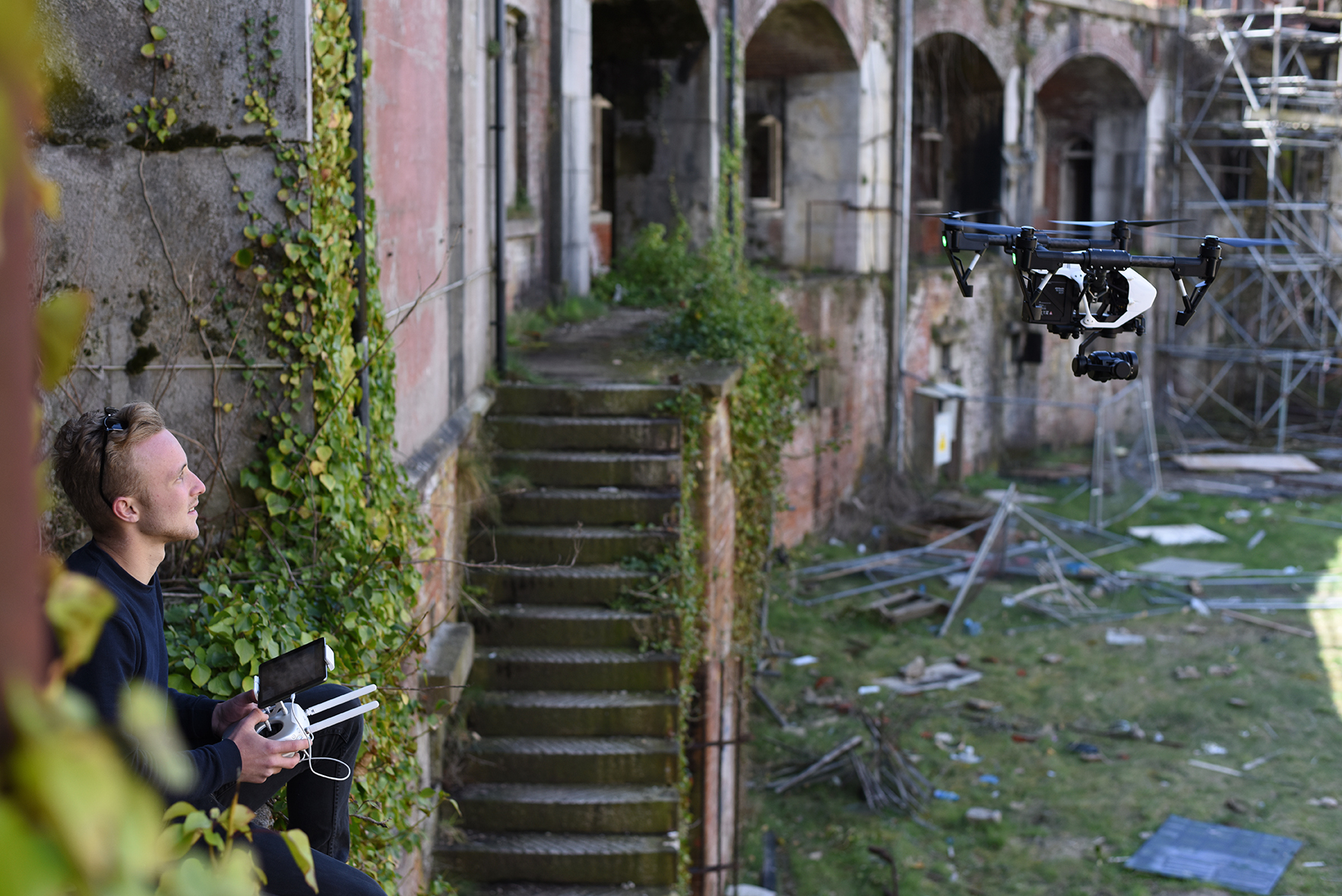 “I look for that unique perspective,” says Jacob, “I try to find a different angle, or different perspective. Something that someone wouldn’t just glance at but spend time with. There’s so much content going down on Instagram every day you need to make your images either pop and be colourful or be different – have something really unique about them. I’m always trying to capture that.”

It’s this desire to see new things, or see old things in new ways, that keeps Jacob motivated to keep exploring and keep making unusual work. He’s certainly a pioneer in a new genre of visual communication and with incredible places like the Torres del Paine national park in Patagonia on his bucket list, you’re gonna want to hang along for the ride. Just don’t look down.

Follow @Jacob on Instagram. You can shop the new Converse Chuck Taylor All Star II Knit at Converse.com.

Linkedin
RELATED ARTICLES
OTHER ARTICLES
Catching up with our favourite and most inspiring vanlifers, including artist Jay Nelson, photographer Foster Huntington, surfer Rob Machado and filmmaker Cyrus Sutton.
With a surf film festival in London and a predilection for cold-water surfing, Chris Nelson finds adventure in unexpected places. Here he reflects on the wild tales of his life.
Tom Carroll uncovers the hidden history of Los Angeles in his Youtube channel Tom Explores LA. Here he talks about putting his life in harms way every day and the joys of the open road.