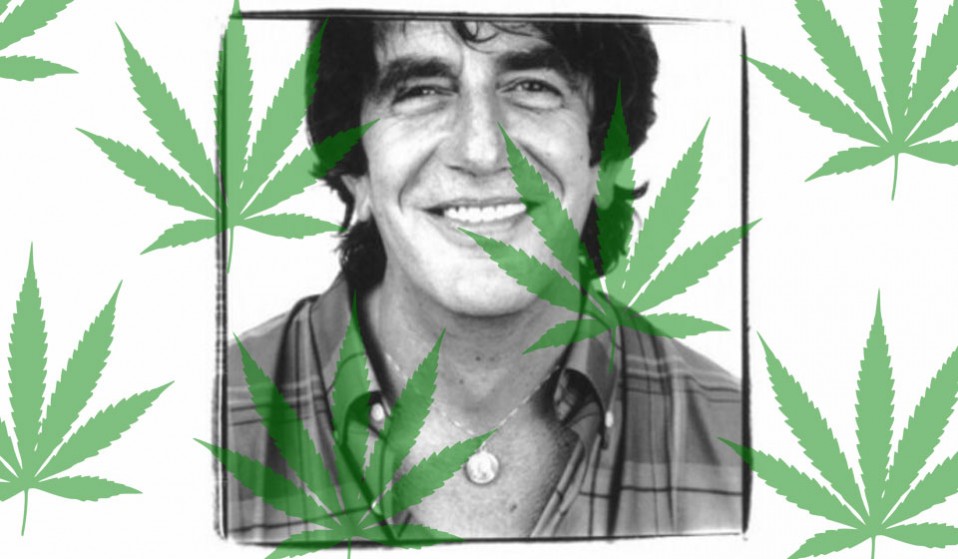 Reflections on the extraordinary life "the most sophisticated drugs baron of all time".

From the decedent corridors of Oxford University to the bunkers of the British Secret Service, the life of Howard Marks, "the most sophisticated drugs baron of all time", was nothing short of remarkable. On the day he dies here's our exclusive interview - talking prison, drugs, and his extraordinary life.

Marks, who rose to fame in the ’60s and ’70s as one of the biggest weed dealers in the world, had been open about his diagnosis and optimistic about fighting the disease in a number of interviews and talks over the last six months.

The Oxford-educated Welshman remained prominent after his drug-dealing career (and subsequent imprisonment), for becoming very active in the Legalise Cannabis camp as well as penning a hugely popular autobiography (which sold millions), and repurposing tales from his unorthodox life into spoken-word events around the world.

I interviewed Marks six years ago for the ‘Counterculture Issue’ of Huck and one thing that struck me then, and continued to strike me about his character until his death, was his refusal to mellow out on the militant sort of anti-authoritarianism and joie de vivre that defined his early days.

Whether he was hustling his way through Oxford; dancing around the DEA; collaborating with MI6 or the IRA; setting up elaborate trading networks between Lebanon, Pakistan and Afghanistan; befriending the ‘five families’ in a high-security US prison; overturning convictions as a jailhouse lawyer; or running for parliament; Marks was one of those rare people who could connect with anyone on their own level, and did not assume ‘the way things are’ is the way they had to be. He sought to reimagine things in his own vision and, whatever you think of his criminality, he was inspirational in his ability to outsmart the system.

Drug smuggler-turned-author Howard Marks shares the lessons he learned from a life on the run.

They say the most important lessons you learn at university are the ones between the lines. And so it was for a boy from the Welsh valleys, Dennis Howard Marks, who went to Oxford to study Nuclear Physics and left to become one of the most prolific weed smugglers of all time. Marks eluded the authorities at every corner playing the likes of MI6 and the CIA against the IRA and the Mafia until he eventually got busted in 1988. He was released on parole in 1995 and has been campaigning for the legalisation of cannabis since.

Up to a certain point you led a pretty conventional life. What changed all that?
I suppose it was when I smoked my first joint. I began sort of questioning laws and questioning authority. I just became more committed to being a rebel. It wasn’t a money thing then, by any means. It became a money thing, I won’t deny that, but to begin with it was just a rage against authority like, ‘How dare they stop me doing this’.

Were you ever scared?
Yeah, but you quickly get used to whatever shit you’re in. The scariest moments on the run were those that made me think I was about to get caught… I remember one incident when I had a false passport in the name of Peter Hughes. I was travelling to Belgium, I think, and when I showed my passport he took one look and said, ‘Ah… Howard!’ and I thought, ‘This is it’. But he was just referencing Howard Hughes who happened to be in the news… Odd things like that would happen occasionally.

Did you feel invincible?
Yes. I went through stupid phases thinking I had a guardian angel that would never let me get caught… There are thousands of smugglers the authorities don’t catch up with. But perhaps my extroverted personality would have always prevented me being an anonymous dope smuggler forever.

You were dealing with some pretty ruthless people back then. How did you keep your cool?
It wasn’t a world full of scary people like the films. I suppose the Irish [IRA] guy was scary, not particularly ruthless though. It was mostly a world full of hippies who couldn’t believe their luck at being able to make so much money… We all feel fear. But I quickly learned the knack of not acting on it.

What was prison like?
It changed me forever and I think I emerged a better person… I mean it varies so much, especially in America. The worst prisons there are worse than the third world and the best are probably as good as Club Med… It makes you yearn for freedom but it also gets rid of the fear of prison.

What are your feelings about legalisation?
I only campaign for cannabis because I’ve acquired a certain expertise for it. But I think it applies to certainly every recreational drug I’ve taken, that it would be safer for society if controlled rather than left to a bunch of gangsters to hawk outside the schoolyard.

How much did coming from Wales shape your identity?
It was fundamental. It made me used to complaining about authority and being rebellious… Every male member of my family was a miner, apart from my father, so I identified with that attitude.

What do you think of the state of the counterculture today?
I don’t see as much evidence of it now. There were many things in the ‘60s that hadn’t been properly addressed. There was a lot of homophobia and racism around; there was the drug thing and Vietnam. There seemed to be so many social injustices that, if you could think, you’d have to rebel. And a lot of those issues haven’t been solved, but they have been addressed. So I think there’s less obvious need for rebellion and therefore there’s less of it… But rebels are sort of ageless in their affiliation with each other. A lot of what I think is the same as what the kids think.

Linkedin
RELATED ARTICLES
OTHER ARTICLES
As the Scottish government announces a rent freeze, an activist with Living Rent who fought and won shares how they did it, and what must come next.
Rhiannon Adam spent three months capturing an ageing society wracked by division, isolation, and the aftermath of scandal.
Thousands attended the annual event this year to wheelie through the city and call for ‘knives down, bikes up’.
Sean Maung’s photos are a love letter to the Black and brown communities that make up New York.
The idea that a younger generation is abandoning work has become a popular narrative online, but it doesn’t necessarily reflect reality.
For over a decade, gamblers have won big by employing people to place live bets from the court. But does this dubious method still work?