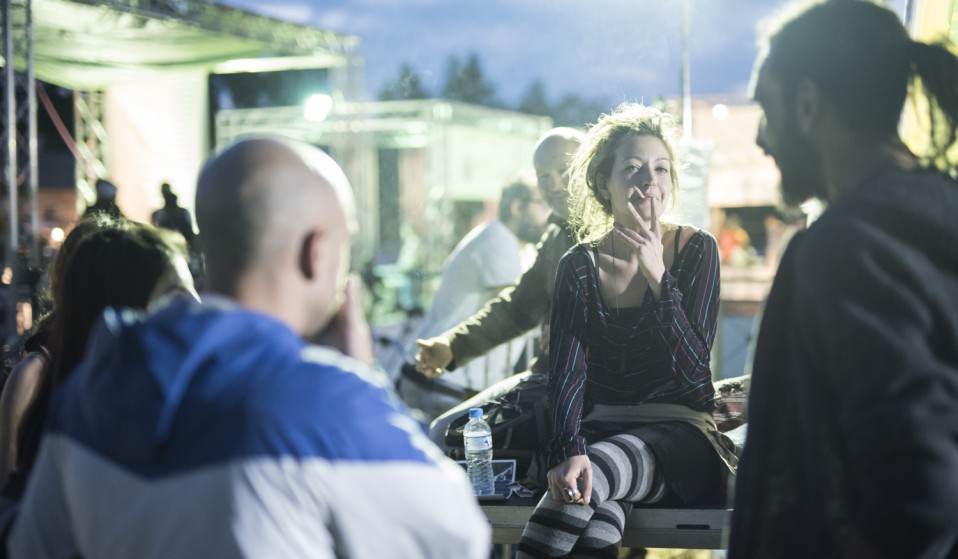 As Greece embraces medical marijuana, pro-cannabis activists are pushing for full legalisation to give the austerity-ravaged country a huge economic boost.

As Greece embraces medical marijuana, activists at the Legalise Cannabis Protestival are pushing for full legalisation to give the austerity-ravaged country a huge economic boost.

It’s a warm Saturday afternoon in Athens and crowds are flooding in to the grounds of the National Sculpture gallery. The sun is starting to set as hundreds of people sit around a white concrete amphitheatre overlooking the festival site.

This is the fourth Athens Legalise Cannabis Protestival, held simultaneously with Global Marijuana March events from La Paz, Bolivia to Toronto, Canada, to pressure for an end to prohibition. The crowd is a mix of young stoners, trustafarian crusties, a surprising amount of small children, and dogs, so many dogs – all soaking up the last of the evening sun and calming sounds of reggae (of course it’s reggae…) floating across the festival site. 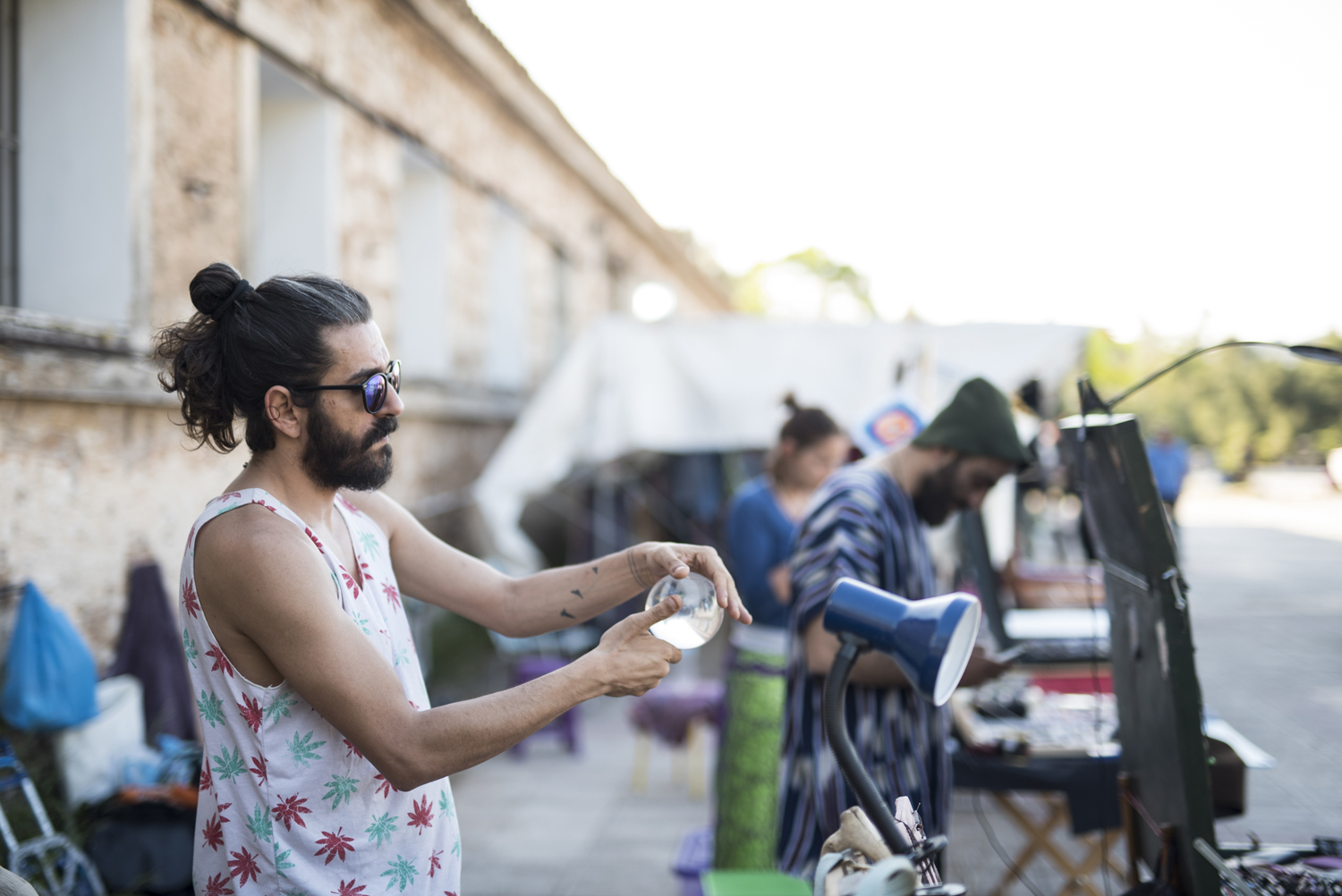 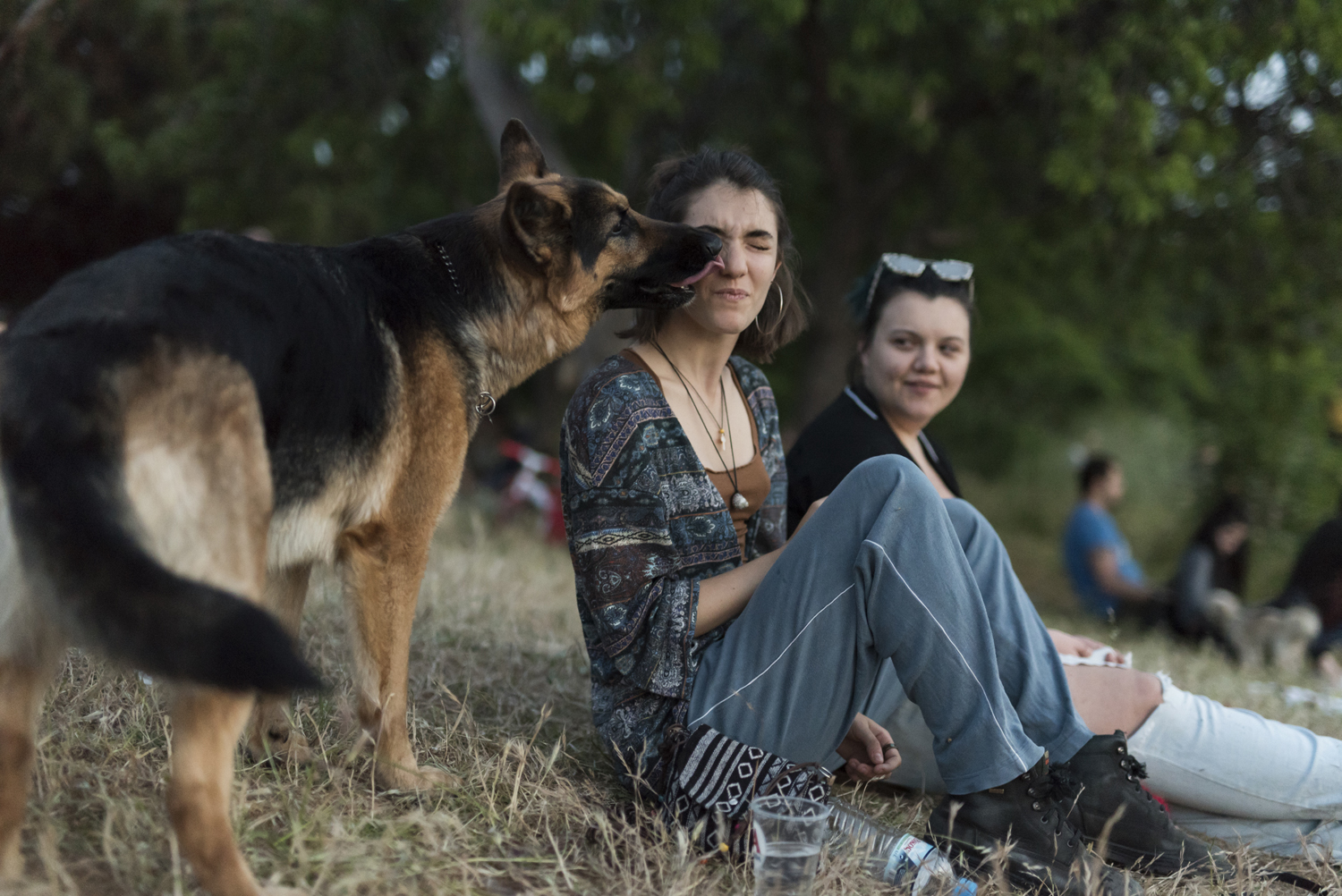 “It isn’t normal to see so many people out in the open smoking like this,” Sara explains. She’s sitting on the grass, burning through a joint with her friend Sophia, as their Alsatian walks around trying to lick people’s ears. “Smokers usually have to keep a low profile, so it’s nice to be be able to smoke here without feeling paranoid.”

Greece’s pro-cannabis movement is riding high right now – celebrating the creation of their first seed bank and hemp cooperative. After years of pressure, the government announced plans in late April for Greece to become the latest in a string of European countries to legalise cannabis for medicinal use and permit domestic production to service patients’ needs.

But this welcome green shoot of progress comes at a time when life, especially for young Greeks, is pretty grim. The global financial crisis hit the country back in 2008 and wreaked havoc, triggering one of the worst sovereign debt crises in history.

For years, protesting young Greeks were tear gassed in Syntagma Square as they fought with riot police to express their anger at failed economic policies, amid billowing plumes of yellowy smoke. Austerity measures imposed on Greece by its creditors have hit the young hardest, sending the economy into a tail-spin that’s yet to bottom-out. 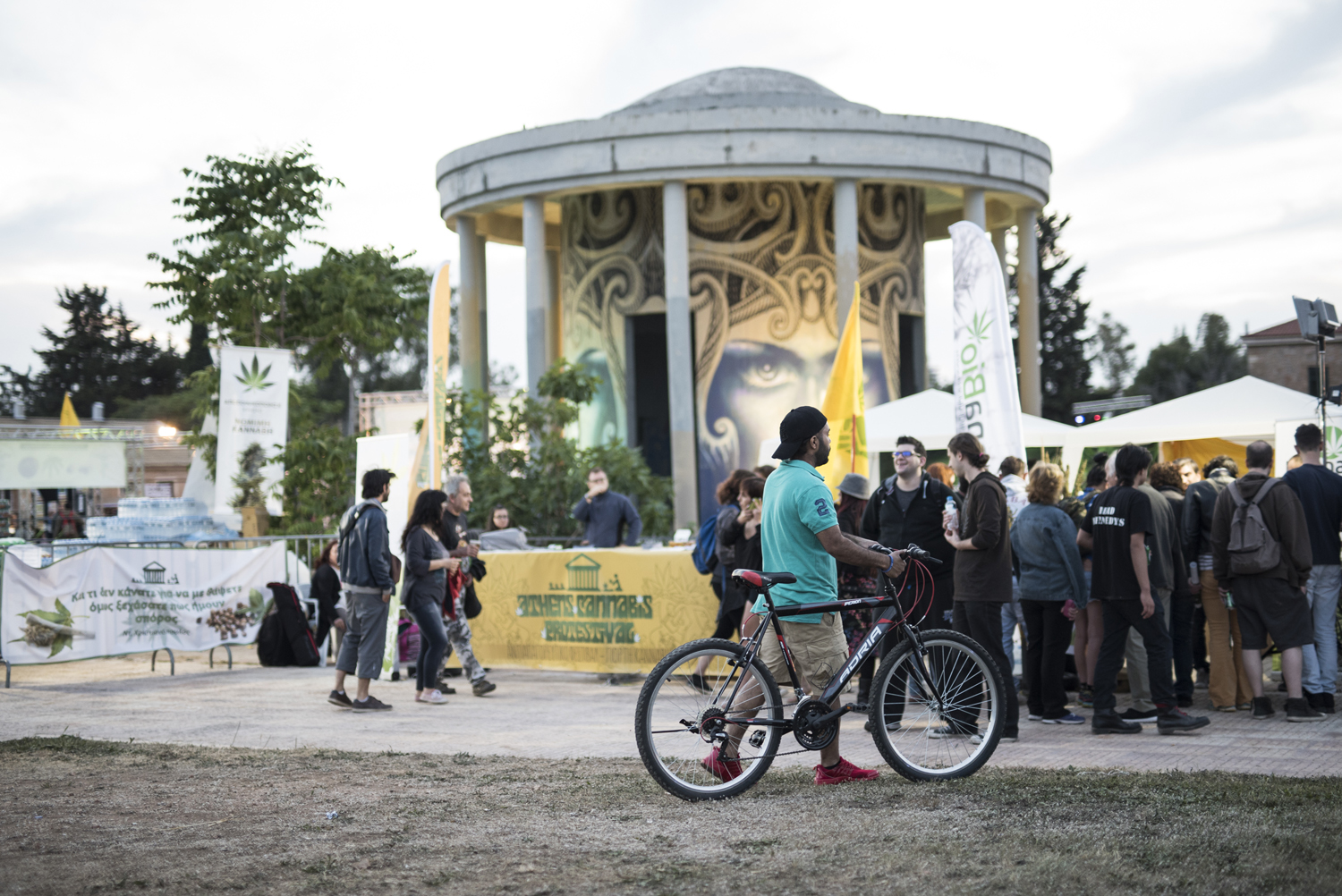 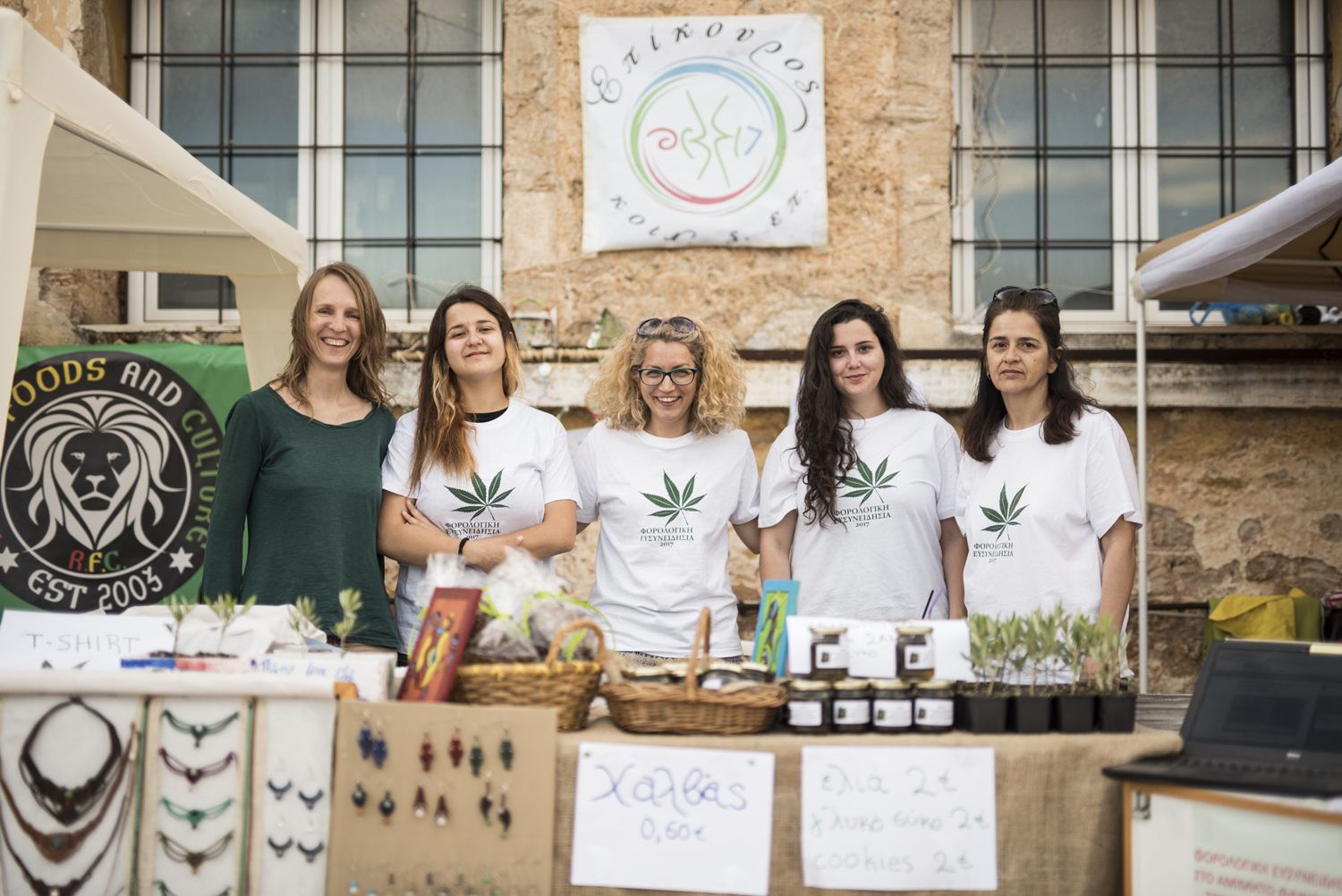 Today the smoke billowing in the wind may be of a different hue, but if you’re one of the nearly 50% of young Greeks without a job, there isn’t much to give you hope for the future. That’s why campaigners led by pro-cannabis activist network Iliosporoi (meaning sunflower seed in Greek) arranged this event, to make the case for legalising cannabis as a way of helping Greece escape its economic crisis.

With a perfect climate to grow natural ganja, they argue legalisation could save the state millions in law enforcement costs, generate significant tax revenue and help provide cheap medication for patients with chronic conditions. 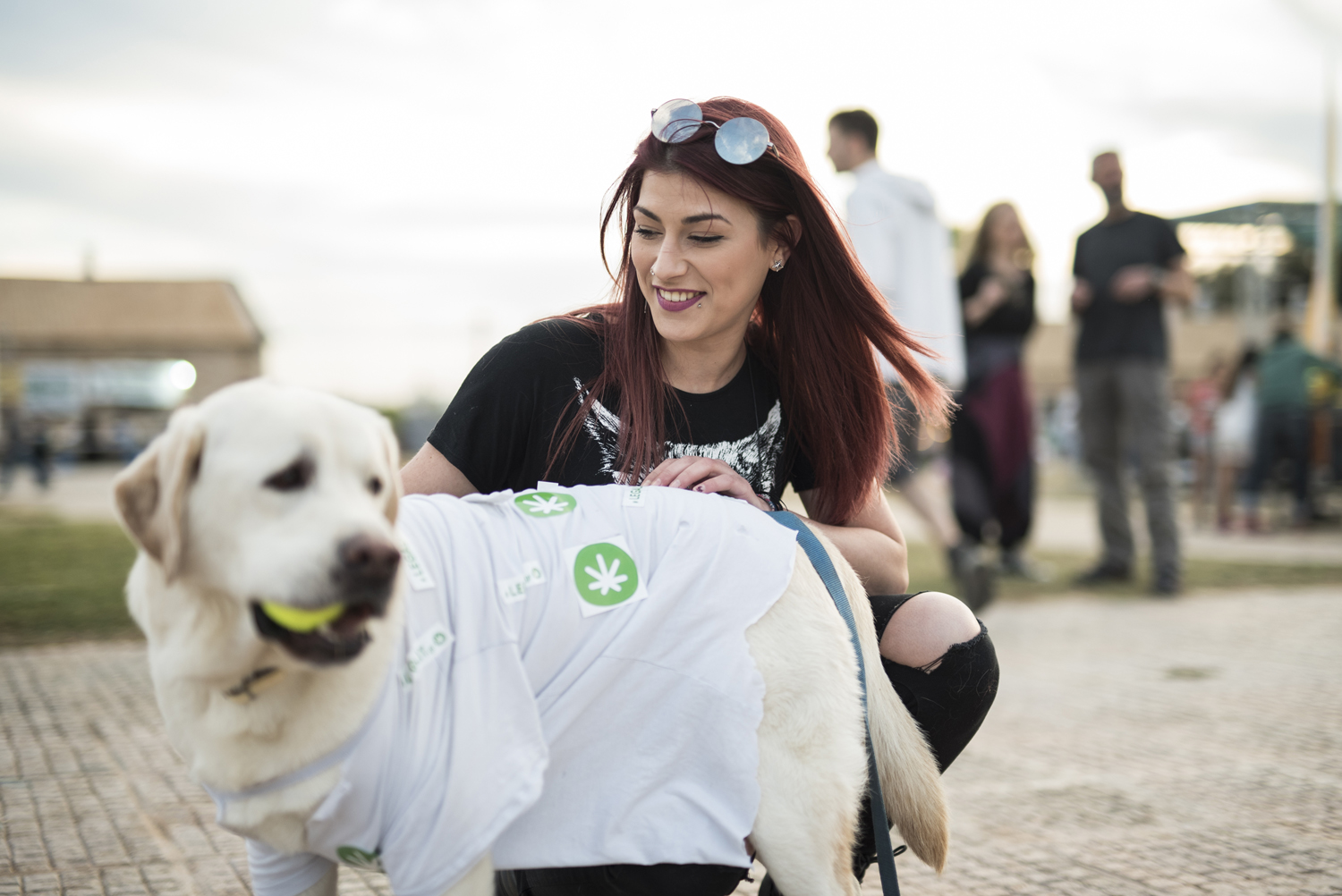 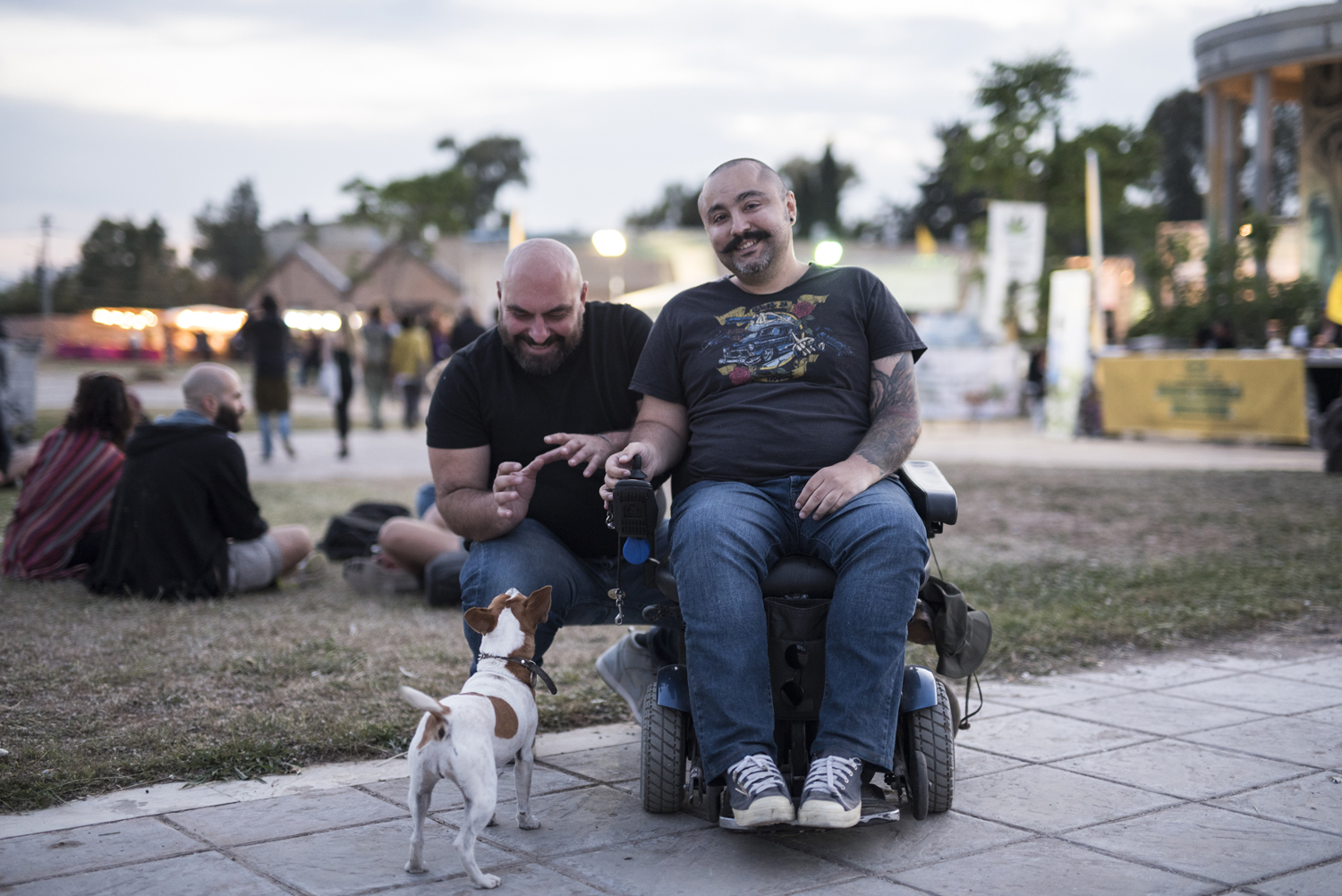 “We’re broke, broker than broke, we’re so in debt to the rest of the world,” Sara explains, with an air of tired resignation. “If you don’t have connections, it’s impossible to get a job. It’s really tough for young people here.” But, to paraphrase American comedian Katt Williams, can cannabis really help you get through hard times of no job, no money and living in a seemingly never-ending state of crisis?

“Yeah, my family was really affected by this whole crisis,” Sara says. “My Dad had to spend hours each day in our backwards court system and I would come home after it all and smoke, just to relax. My Dad never used to smoke but towards the end of the whole process, he would ask, ‘Just roll me a joint… I need something.’” 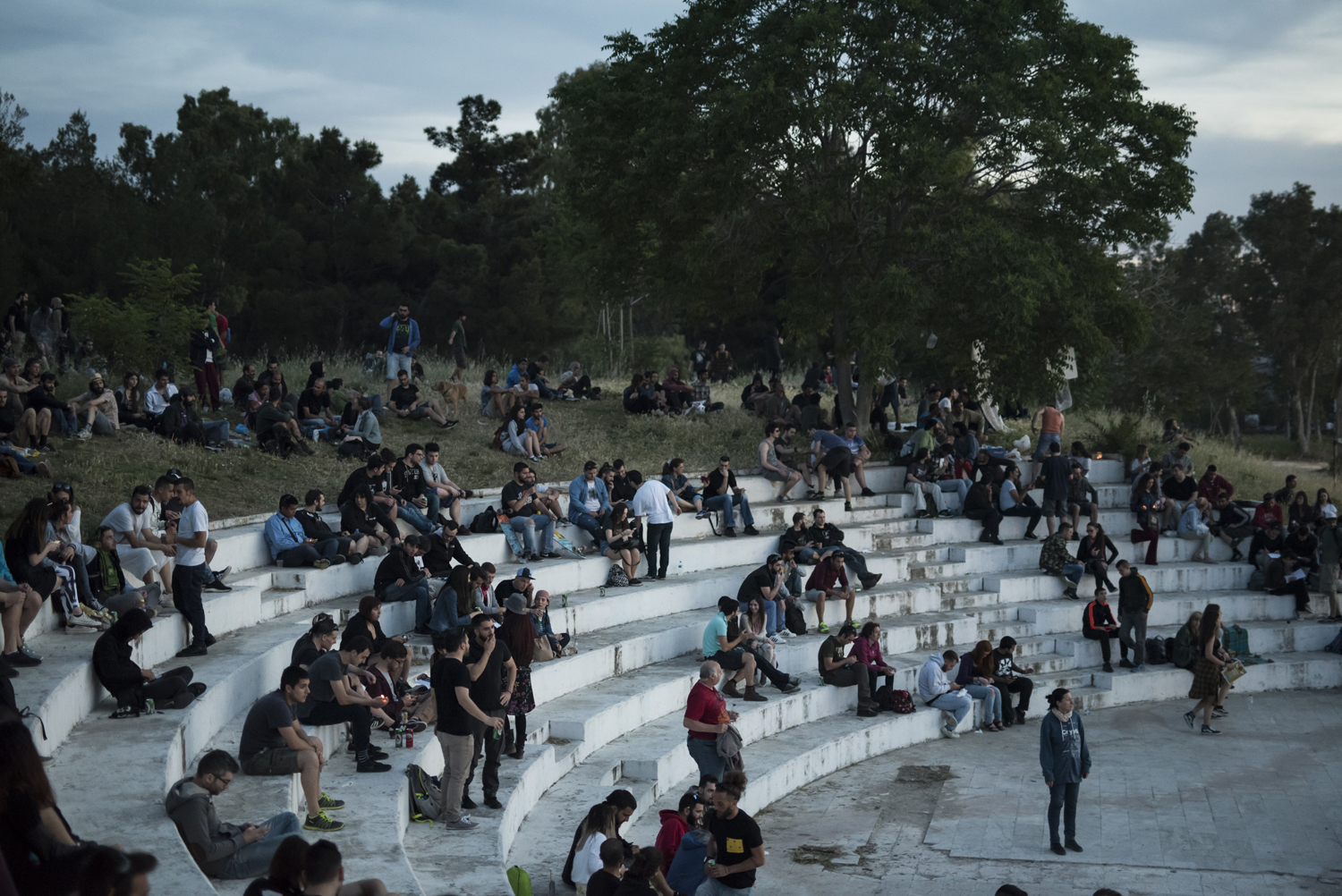 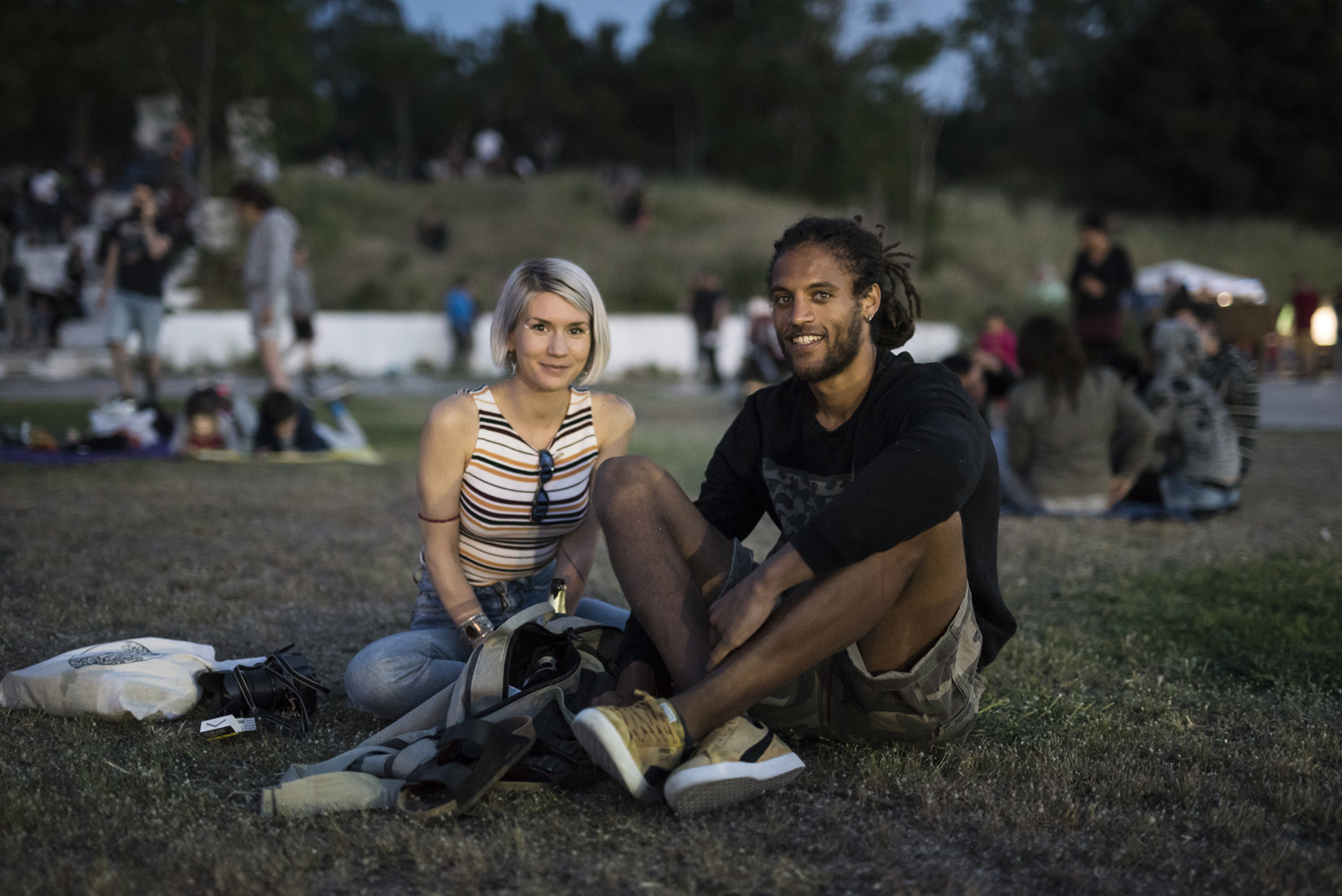 Ancient Greece is the foundation Western civilisation is built on. Its contribution to the arts, philosophy and mathematics is still felt today – and it’s the birthplace of democracy. The famous philosopher and mathematician Pythagoras is believed to have been a fan of the herb and in ancient times, it was regularly used as a medicine. But cannabis has fallen out of favour in modern Greece: prohibited for the last 70 years, reports suggest it’s easier to score heroin than weed in central Athens. Unless you have access to friends who grow, the low quality herb available is often grown or smuggled in by Romanian and Albanian mafias. 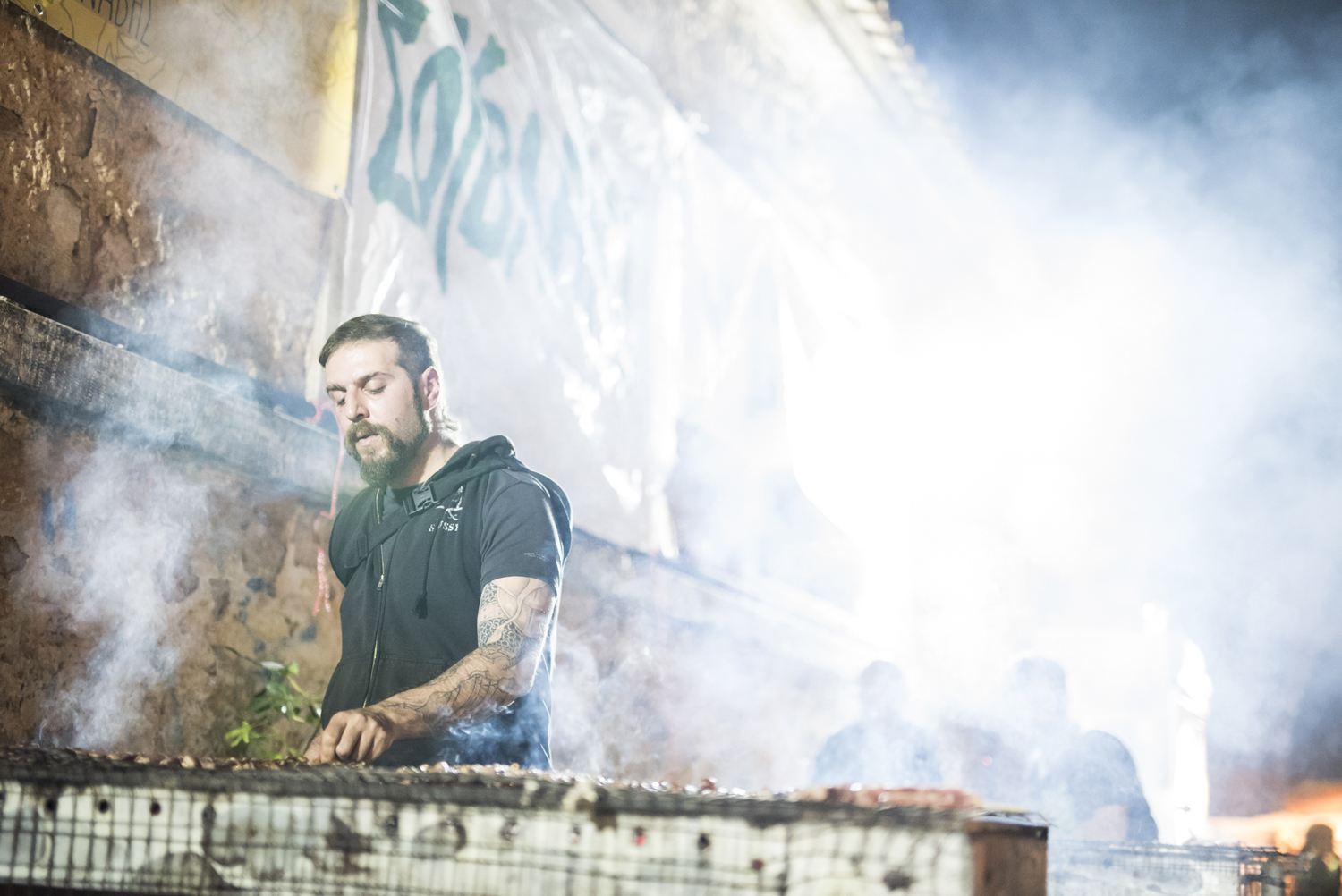 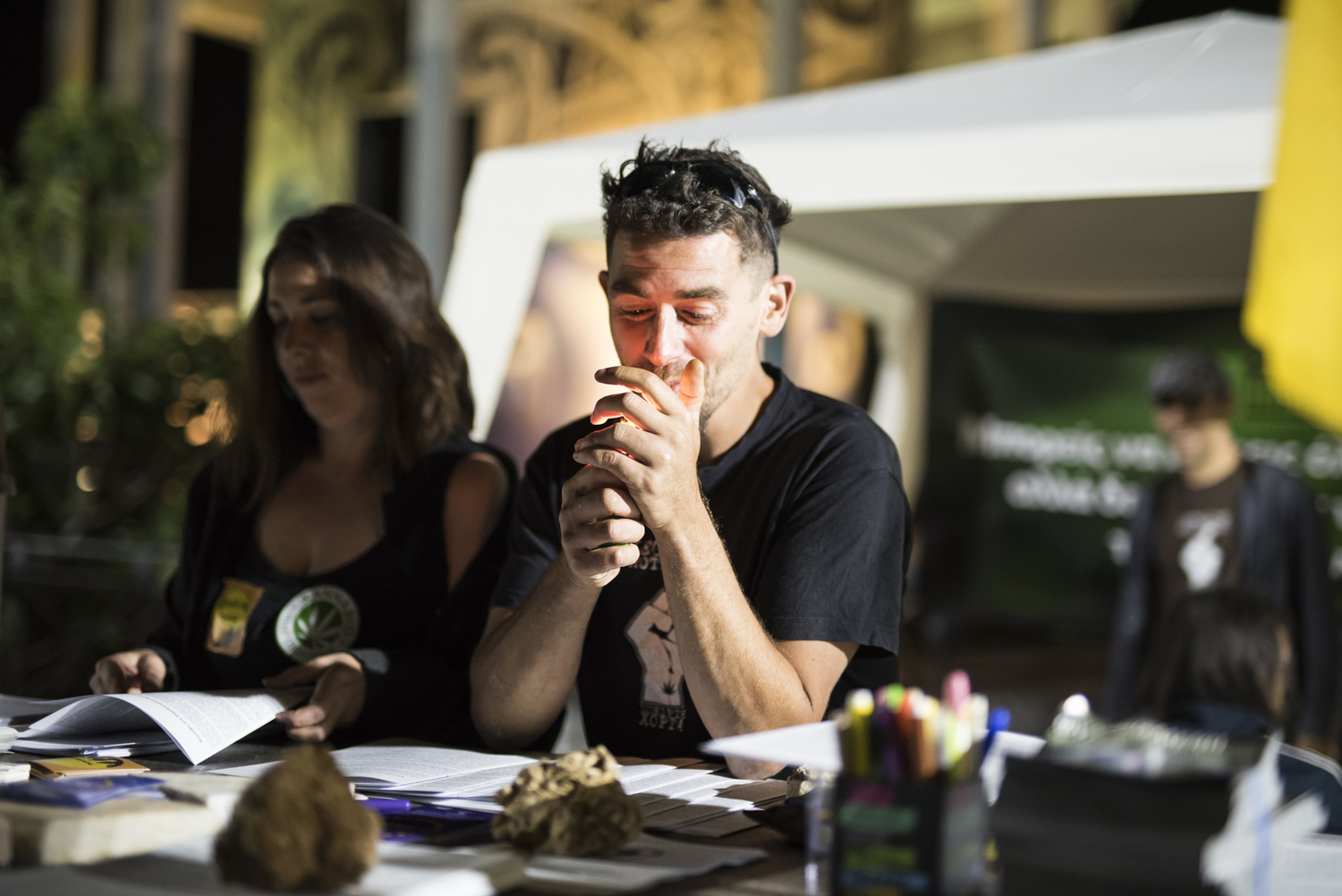 On the other side of the arena, Alex Filippidis from Iliosporoi is busy making last minute preparations before the festival gets into full swing. A cheery punk with a wispy goatee, he takes a break from his duties and rolls a spliff as he explains that the crisis has pushed many to become dealers. “But it’s not without risks,” he says. “If the police catch you they can really ruin your life. It’s not just dealers who suffer, the laws are vague enough that judges and prosectors decide whether to try everyday users or small growers for possession or supply – and they can hand down severe sentences, ruining your career and messing with your mental health. The only way to stop this and end the illegal market would be to permit growing your own plants for medicinal or recreational use.”

Police mostly turn a blind eye to smoking on the street – and you often catch a whiff on the beach or in the more anarchic, party neighbourhoods like Exarcheia. But the punishment for supply is at least eight years imprisonment, which rises to life if trafficking, violence or weapons are involved. Alex welcomes the government’s medical marijuana proposal, but argues full legalisation could unblock courts and prisons, saving the state resources it desperately needs right now. Austerity-ravaged countries elsewhere in Europe, take note. 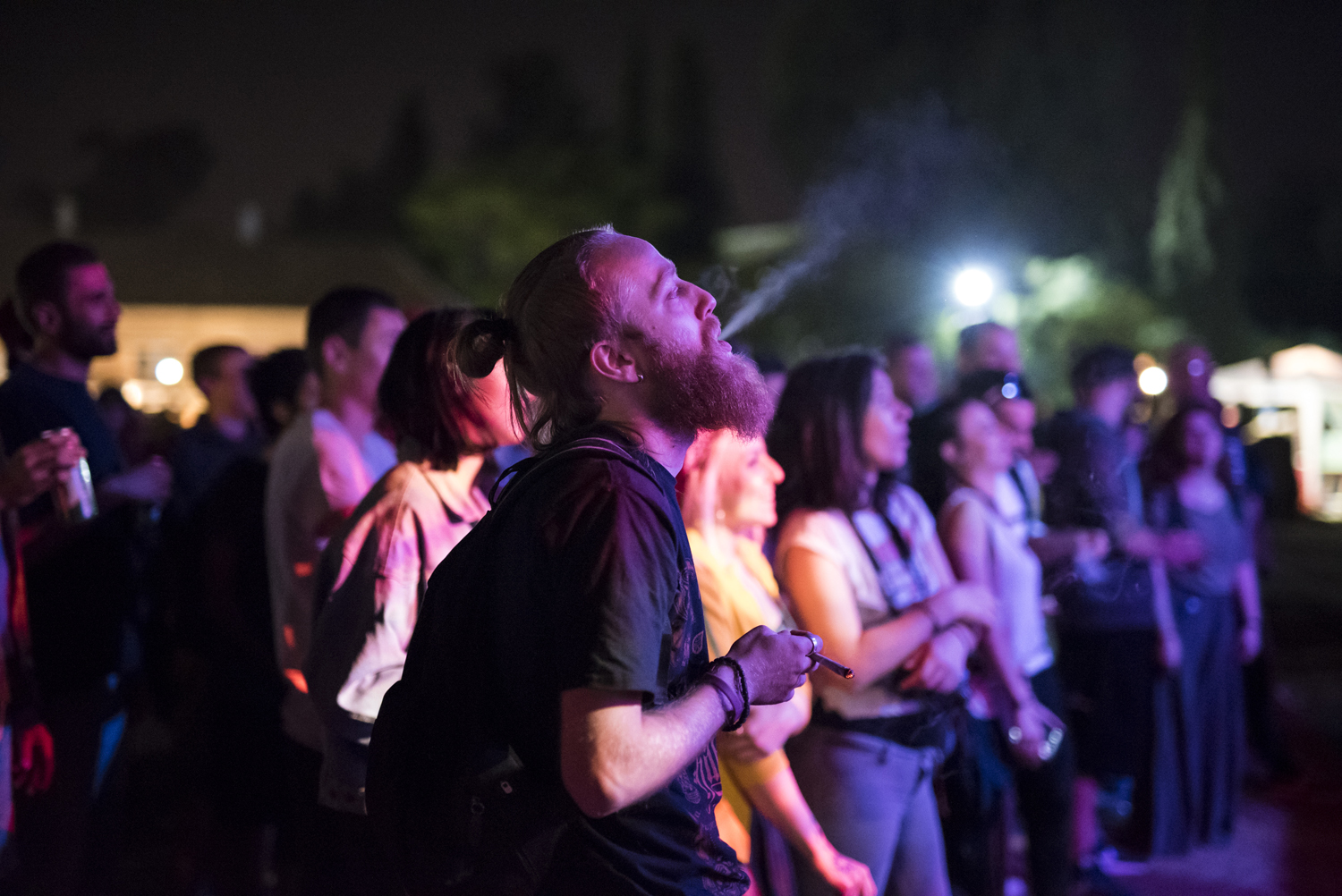 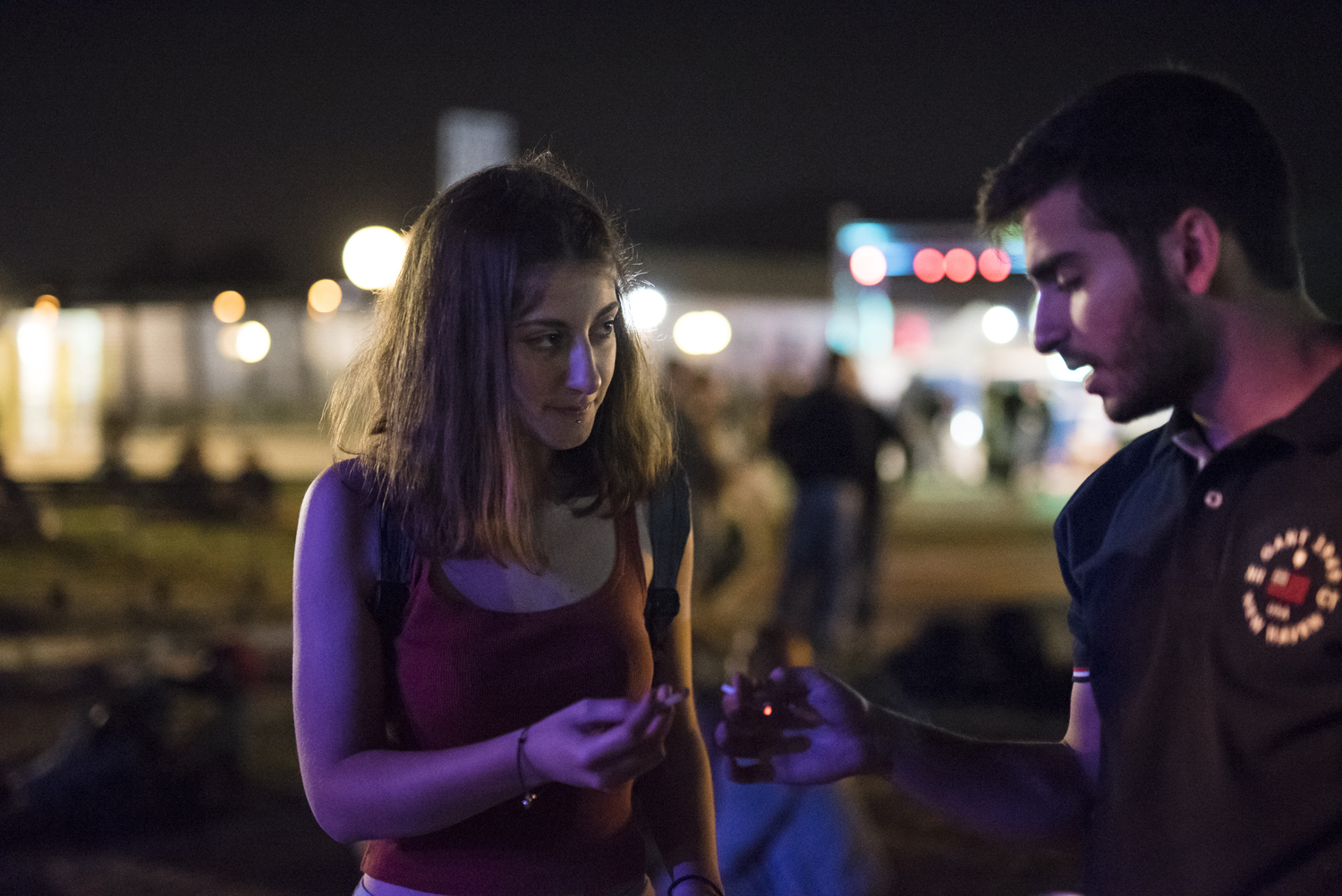 Since 2005, Iliosporoi have been organising events like this to push cannabis legalisation up the political agenda and highlight positive examples from other countries, such as Portugal, Uruguay and some US states. The leftist SYRIZA governing party are sympathetic, but activists are frustrated by their unwillingness to push through reform against the wishes of more conservative, older generations.

“Above all, we’re pushing for a fair and just framework that respects human rights, promotes responsibility and harm reduction,” Alex explains. “The pillar of our programme is safeguarding public health and young people from organised crime. But the economic benefits could also be huge. Looking to Colorado [which became the first US state to legalise recreational use in January 2014] as an example, we’ve estimated that the net benefit to the Greek state could be over 1 billion Euros per year. We predict it would create 50-80,000 jobs within the first few years, mainly for young people.” 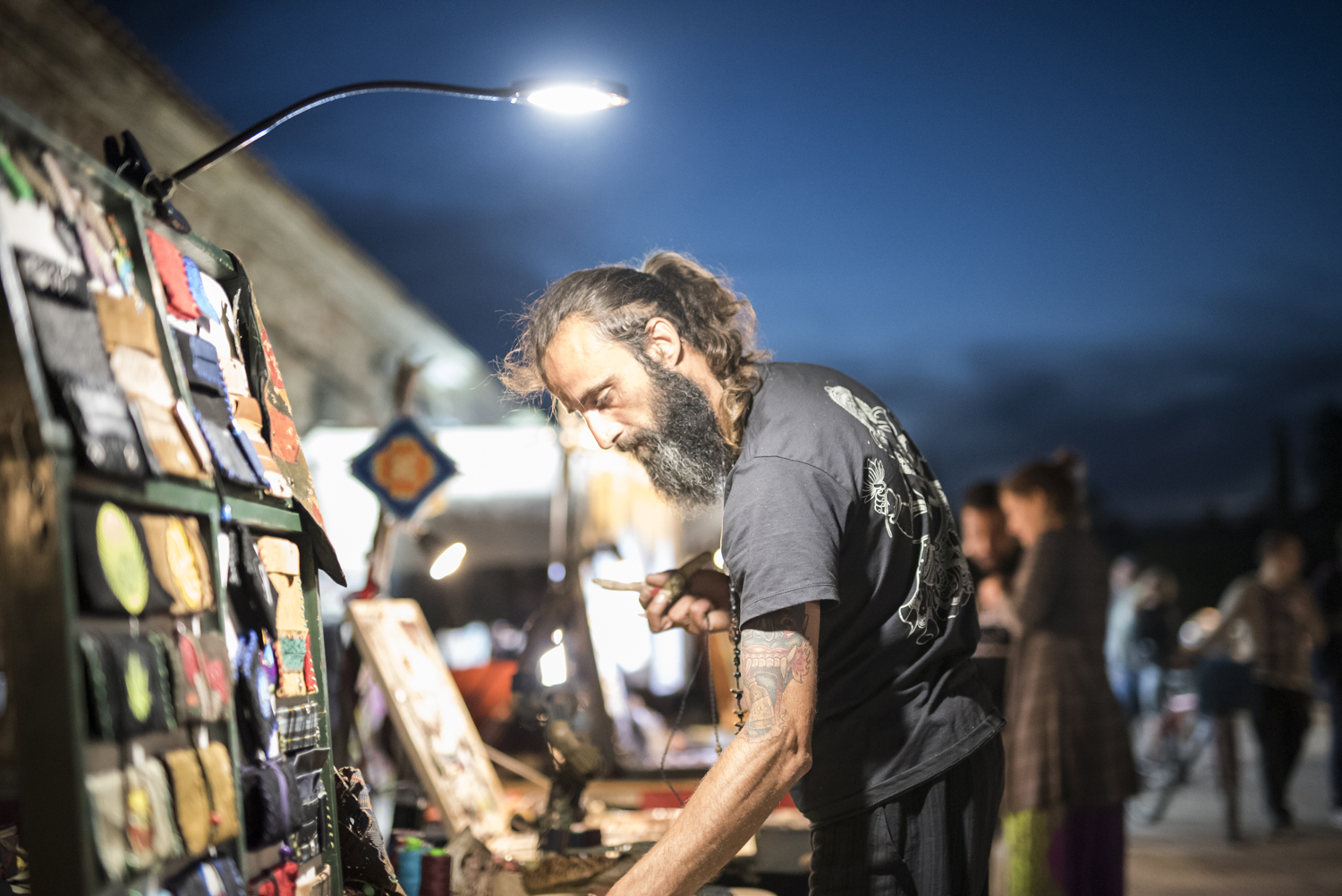 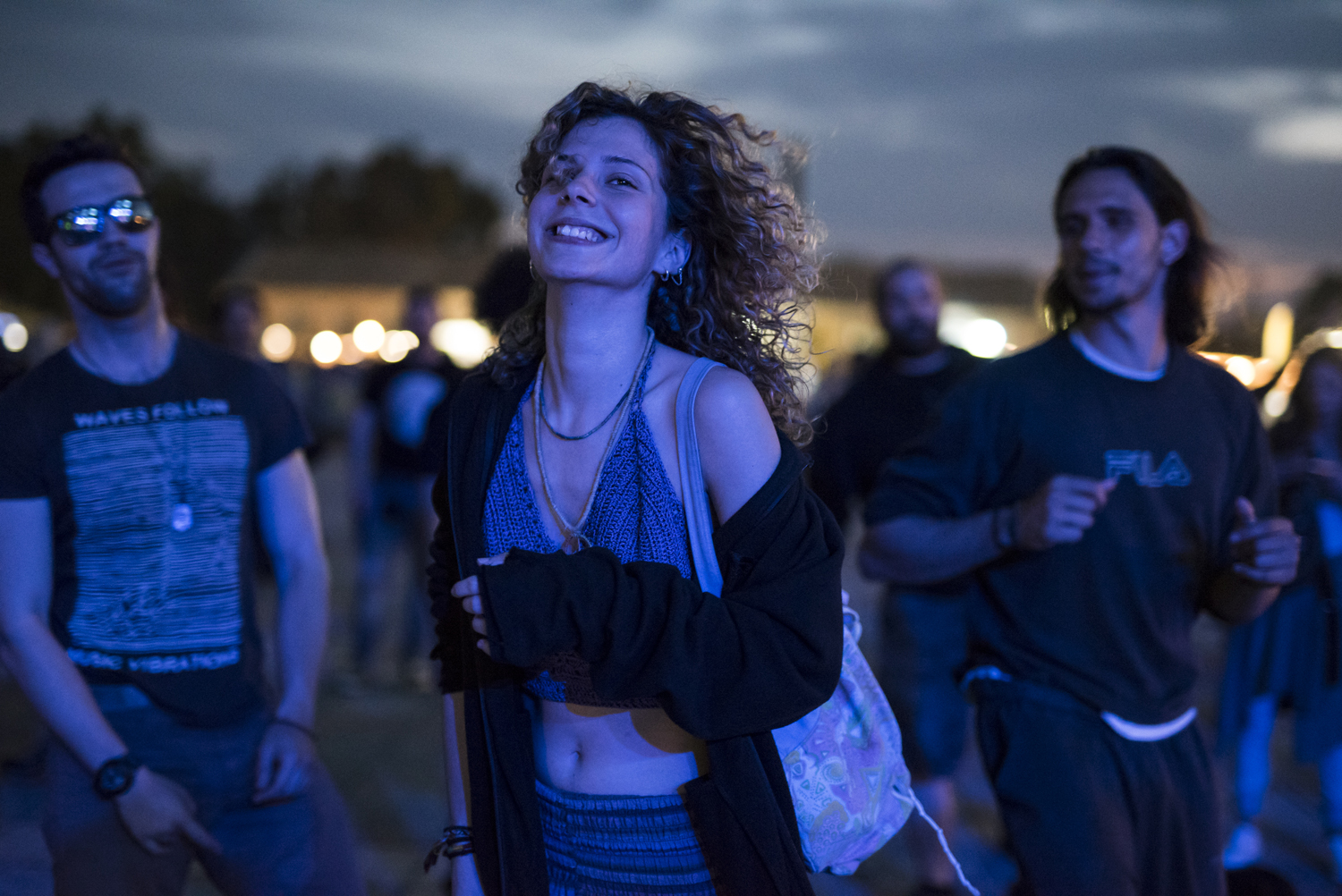 Greek government debt currently sits at a staggering €342 billion (182% of GDP), and in a country of just below 11 million people numbers like these could be a welcome alternative to raising money through unpopular cuts to pensions or social services. But this could be the tip of the iceberg, as links with other sectors create new jobs and opportunities.

With its warm Mediterranean climate and stunning countryside, Greece is one of the best places in Europe to grow cannabis. Tourism is already Greece’s second biggest economic sector (after shipping), but the addition of cannabis tourism could provide an enormous boost – as Colorado and Holland have demonstrated. Greece’s traditional small-holdings are perfectly suited to producing high quality organic produce and growing weed could revitalise its stagnating agricultural sector.

Older generations who oppose cannabis have also put up with the cronyism and corruption of the old system that led Greece into crisis. New connections created between cannabis and other sectors could help catalyse the slowly emerging creative renaissance in Athens: from artists and musicians creating vibrant coffee shops to attract tourists, to the architects reimagining abandoned spaces adopting sustainable materials made from hemp, or even the start up scene evolving into a thriving cannabis-tech industry.

So, could we ever see Greece paying off its enormous debts, not in Euros, but in huge, vacuum-packed blocks of high grade delivered to the European Central Bank? It might just happen one day.

Find out more about Iliosporoi.

Linkedin
RELATED ARTICLES
OTHER ARTICLES
Ahead of the release of his new album, the producer reflects on his battle with drug use, getting into painting and what Madonna taught him.
With the virus now a global health emergency, we must take steps to fight misinformation and demand a swift UK-wide vaccine roll out, writes Phil Samba.
Following the release of his latest album, the rapper talks about finding a new approach to songwriting, attitudes to poverty, and why his music is more than a political statement.
A new series of photos by Johny Pitts shines a light on communities and subcultures that have all too often been overlooked.
In the latest instalment of Photographers in Conversation, the creator talks portraiture, platforms and taking inspiration from Little Simz.
To mark the premiere of his new documentary on surfing giant Gerry Lopez, the filmmaker and former pro skateboarder sits down to share his unique brand of wisdom.