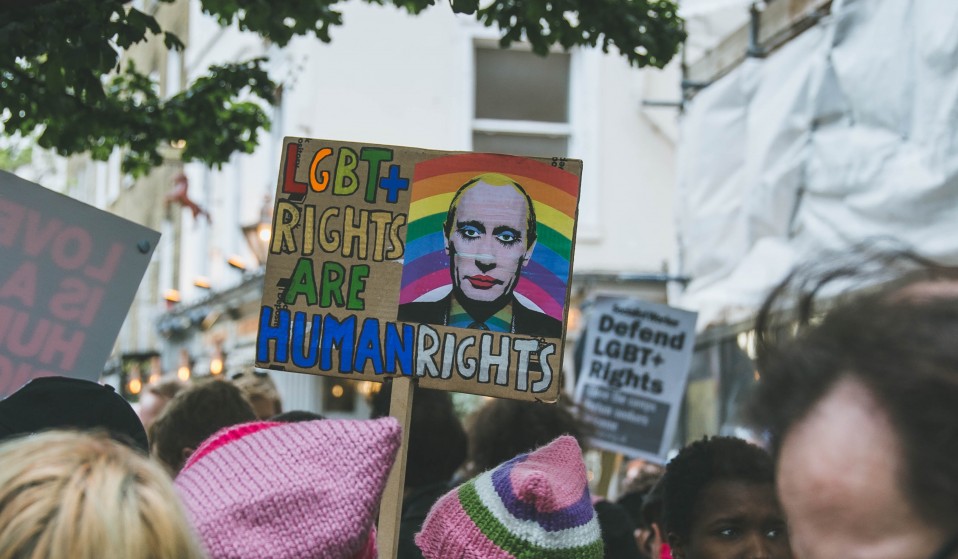 Queer people and their allies descended on the Russian embassy in London last night after reports of gay men in Chechnya being rounded up and killed.

Queer people and their allies descended on the Russian embassy in London last night after it was reported that gay men in Chechnya are being rounded up and killed.

As summer finally starts to hit London this April, pride season will soon be on us once again; up and down the United Kingdom towns and cities will play host to big queer celebrations, LGBT people will stand proud as they march, prance and dance through the streets.

We’re a long way from complete LGBT equality in Britain, from a mental and sexual health crisis to youth homelessness and a spike in hate crime, for many life is still a struggle everyday.

But when news seeped through into the media this week that in Chechnya, a southern Russian republic, hundreds of men “suspected” of being gay are being abducted, tortured and even killed under orders of the government, it was a stark reminder to all of us that across the globe LGBT people are still being abused and murdered by governments and states.

In the United Kingdom white gay men have relative privilege in our community and society more broadly, and many seem to forget the hatred, abuse and violence faced by other queers at home and and abroad. This devastating news will hopefully act as a wake up call.

Svetlana Zakharova from the Russian LGBT network has told reporters that “gay people have been detained and rounded up,” in Chechnya, and that she and others are working to evacuate people from the camps, with some have now having left the region.

“Those who have escaped said they are detained in the same room and people are kept altogether, around 30 or 40. They are tortured with electric currents and heavily beaten, sometimes to death.”

“You cannot arrest or repress people who just don’t exist in the republic,” a spokesman for Chechen leader Ramzan Kadyrov, Alvi Karimov, told Interfax, seemingly unwilling to deny the accusations. “If such people existed in Chechnya, law enforcement would not have to worry about them since their own relatives would have sent them to where they could never return.”

Last night queer people and their allies took to the streets of London outside the Russian embassy to make their voices heard. The message was clear: for too long the Russian government has watched on as LGBT people are prosecuted, persecuted and marginalised, and now they’re complicit in the outright murder of gay men. The British government are complicit too in sending queer people to death with callous deportations; this is an issue that starts close to home.

When stories like this one break, they act as a reminder of just how far we’ve left to go. LGBT people are still murdered for simply being who they are; we should remember that as we march in pride and in protest this summer. 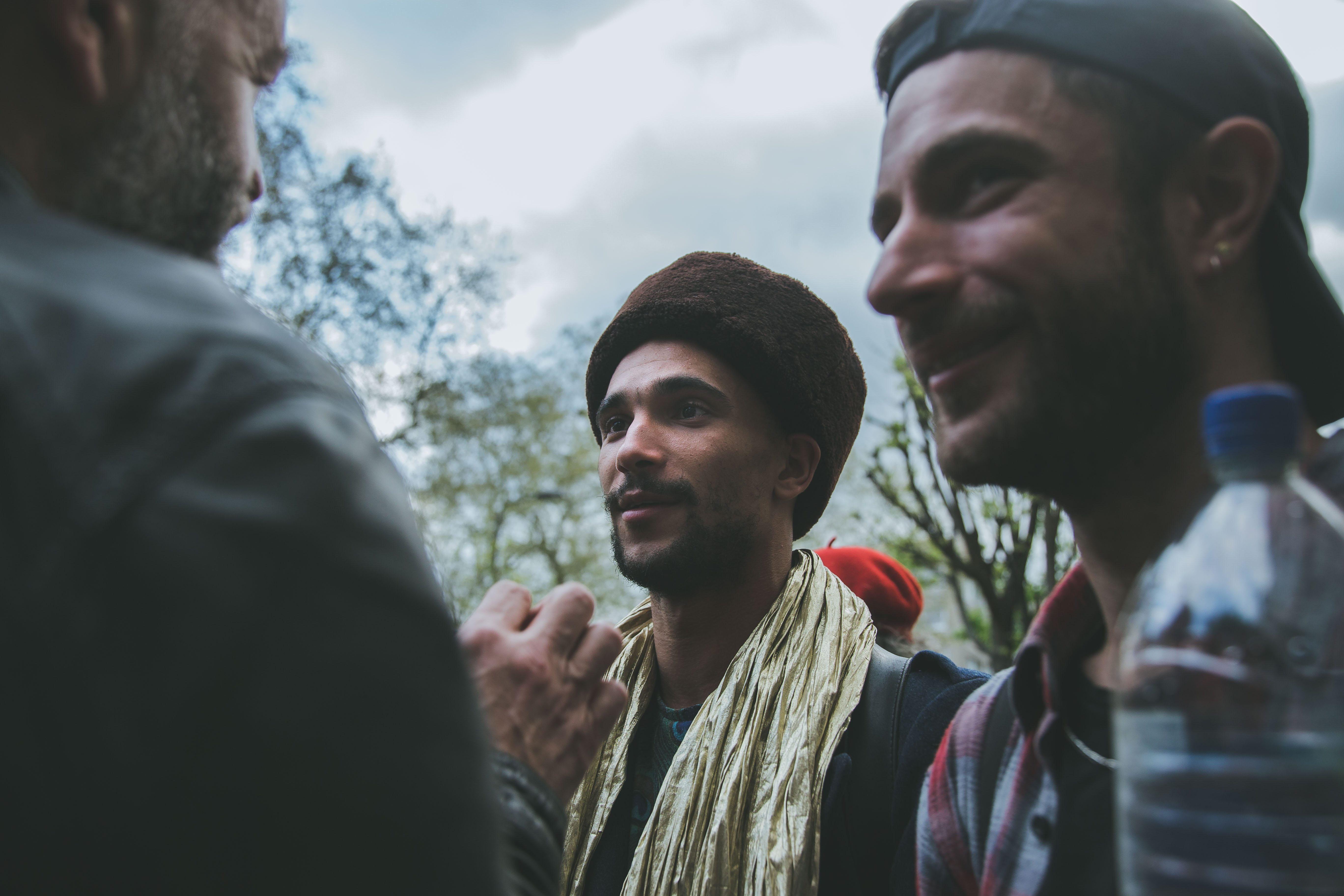 Sign the Amnesty International petition to demand an end to the torture.

Linkedin
RELATED ARTICLES
OTHER ARTICLES
In the last of our dispatches from OFFF Barcelona, Rufus Deuchler and Vincent Gault discuss the future of creative process.
From the Yakuza to a biker gang, Bruce Gilden recounts capturing Tokyo and Osaka in the ‘90s.
For decades, Wilmslow Road has been a bustling area full of curry houses. But how did it come to be what it is today?
New legislation is set to make it more difficult to hold Israel accountable for its human rights abuses.
The author discusses her blistering new novel about history, revolution and queer love.
Members of the collective share some of their reasons to run as part of #UnitedBySummits, a campaign that looks to uncover transformative power of the outdoors.