News & Politics / Reportage / Life after lockdown: will London ever be the same? 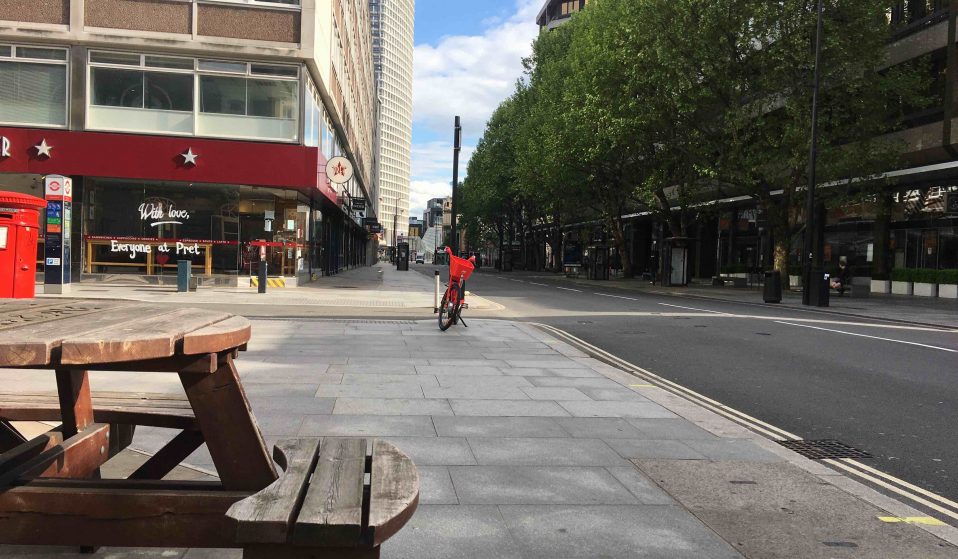 The city has changed immeasurably during the coronavirus crisis, with the future more uncertain than ever. In a special edition of her Disappearing City column, writer Jessica Furseth explores both the short and long-term effects of the pandemic.

The city has changed immeasurably during the coronavirus crisis, with the future more uncertain than ever. In a special edition of her Disappearing City column, writer Jessica Furseth explores both the short and long-term effects of the pandemic.

It’s like someone has turned down the sound of London. It’s early evening as I’m crossing the Thames, and usually the city would be buzzing – it’s one of the first warm Friday nights of the year, after all.

I’ve taken my government-sanctioned daily outing into central London today, stopping halfway across the footbridge from the South Bank to the Embankment to take in the view over Waterloo Bridge and St Paul’s Cathedral. This is one of my favourite spots in the city so I stop here a lot, but it feels very different during the coronavirus lockdown. It looks the part, but feels all wrong.

I’ve been quarantining in my London neighbourhood for seven weeks now and even though I live in it, I miss the city desperately. The thought of walking up to a brown bar in a tiny pub and ordering a round of drinks, carrying them high through the throngs of people, and putting them down on a windowsill before toasting the weekend on a crowded pavement almost leaves me breathless. I am very aware it’s a profound luxury to be bored right now, and I remind myself of this every day. But merely surviving doesn’t hold our attention for long. Lockdown is necessary, and also, it hurts.

What does it mean to miss the city? Chances are you’ve spent a lot of time in your neighbourhood in recent weeks, and little to no time anywhere else. Matthew Beaumont, professor of English literature at University College London and co-director of UCL Urban Laboratory, says the lockdown has changed our sense of space. “We’re used to descriptions of London as an agglomeration of villages, where each has a slightly different atmosphere and social identity,” says Beaumont. “But what we love about London is actually that, by traversing it, it doesn’t actually feel like villages because everything bleeds into everything else. It’s a much more complex and layered city.”

But as the coronavirus means we can’t travel, it has fractured the city and left us with a sense of being cut off from the whole. You might love your part of London and prefer to spend most of your time there (I once spent three months not leaving Hackney), but the lockdown has illustrated that the city is greater than the sum of its parts. “We’re missing the city as a city, and as a metropolitan modernity which has a place in a long line of writers and artists of one kind or another,” says Beaumont. “We’ve lost that whole cacophony and chaos.” 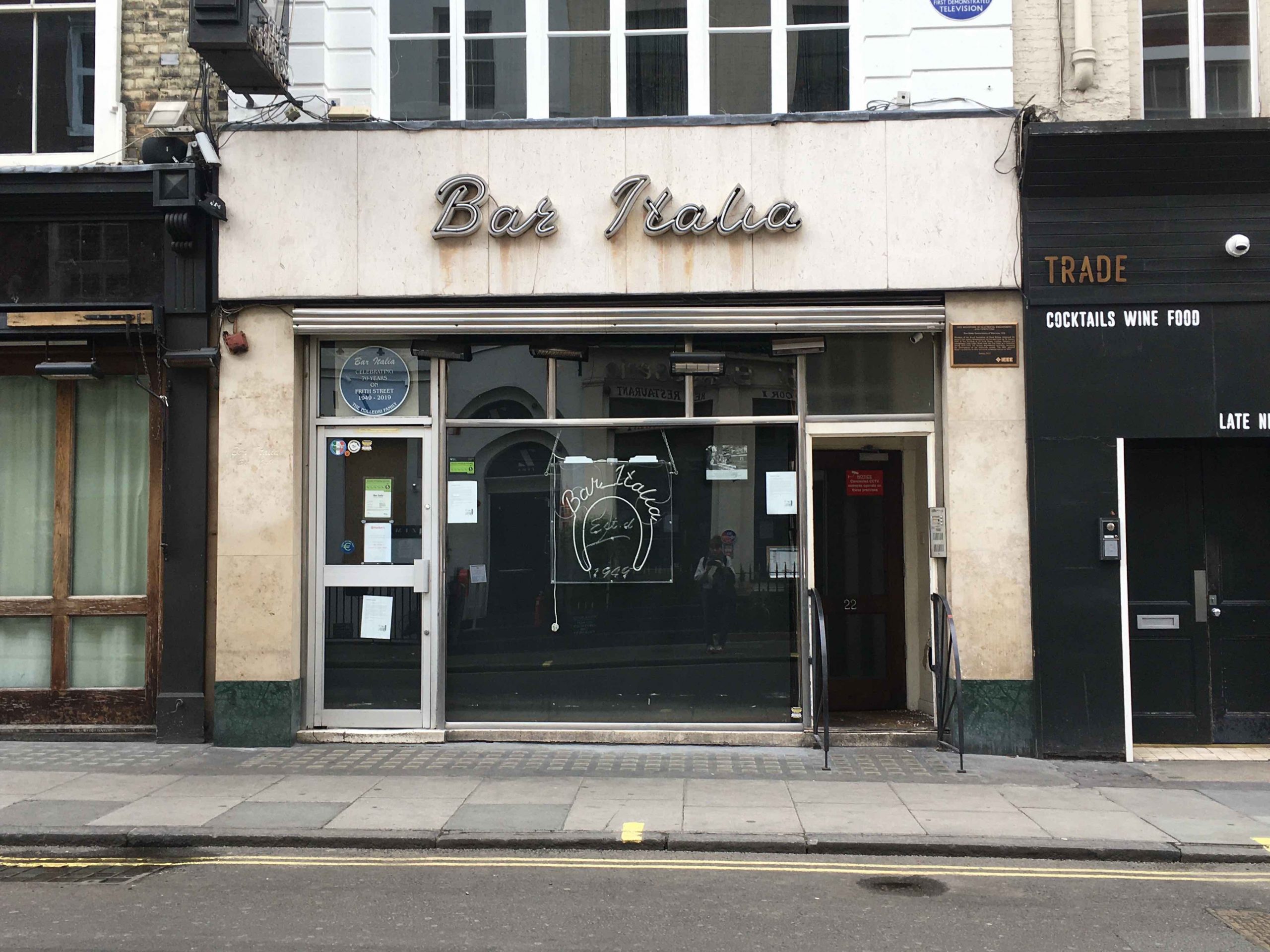 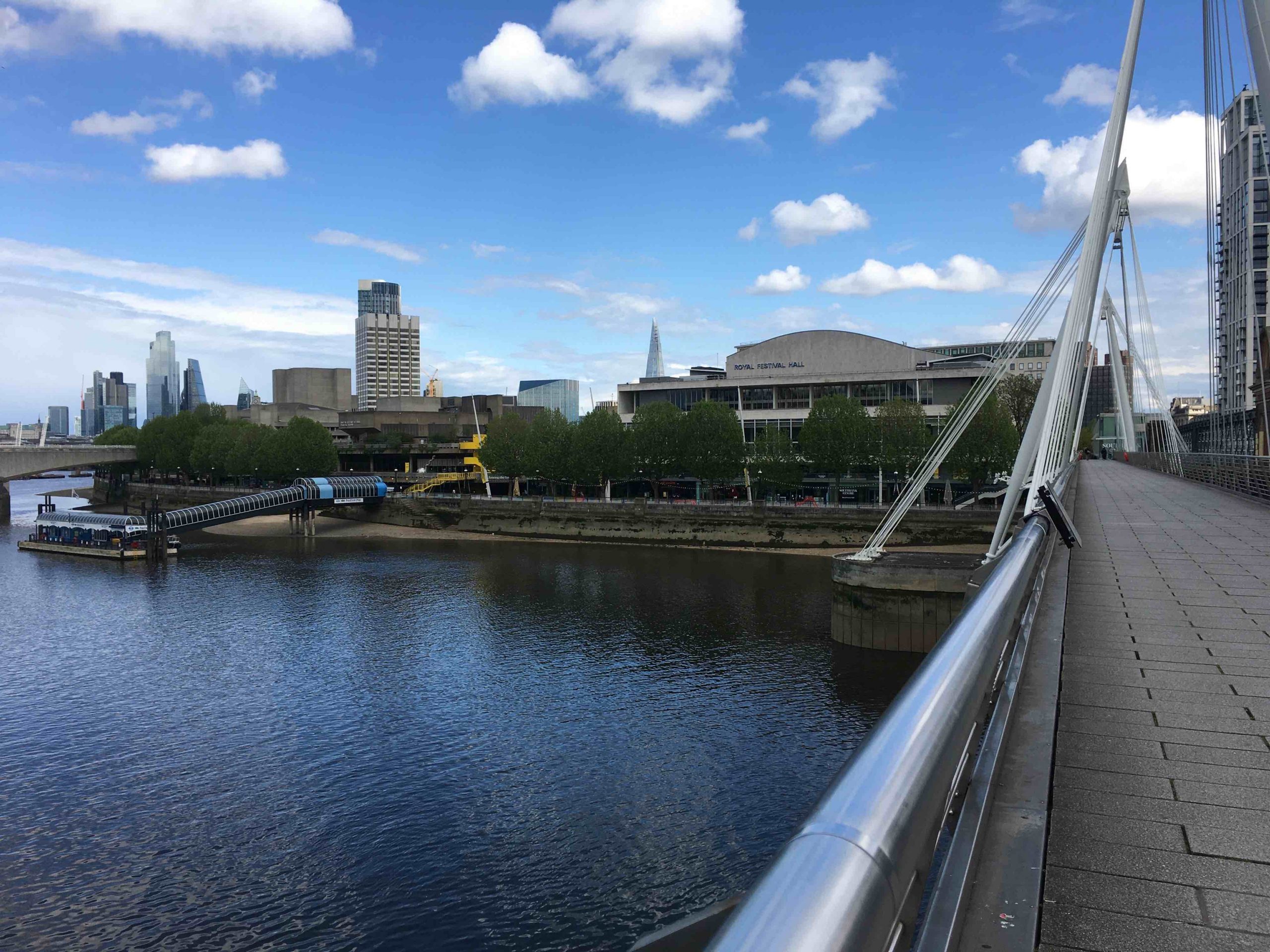 At first, this new experience of London might be a little exciting. As I make my way from Trafalgar Square through Chinatown, it takes a moment before I realise I’m walking in the middle of the street, as there are hardly any cars. Without the crowds, the workers stand out: the street cleaners, parking attendants, and delivery people on bikes. A few shops and bars on Old Compton Street have either boarded up their windows or covered them with newspaper, adding a dystopian feel to Soho. On a normal Friday evening, I’d be struggling to get to the bar right now, complaining about facing an hour or more wait for a table somewhere – but right now I don’t think I’ll ever be able to complain about that again. “You begin to miss the bits of living in London that you normally curse,” says Beaumont. “The struggle and the noise, and everything that makes it a deeply invigorating battle on a daily basis.”

I thought maybe the experience of empty central London would be a little magical, and for moments here and there, it is. But mostly I’m feeling apprehensive. I keep feeling like I’m going to get told off for something, even though I know it doesn’t make sense as I’m adhering to the rules of social distancing. As peaceful as it is, seeing Soho empty on a Friday night has set my brain on high alert: something is very, very wrong.

Shutting down the city has severed a lot of vital connections for the people who live here. “This is a massive disruption. People don’t just live in their houses — they live between all sorts of kinds of places,” says Emma Jackson, urban sociologist at Goldsmiths, University of London. “Especially if you’ve got inadequate or overcrowded housing, not being able to go to the park with your kids is a disaster.”

While the political debate around the lockdown has been mainly focused on the economy, more widespread consequences are rapidly coming to the fore: we might be facing a “social recession”, where the collapse in social contact is particularly affecting vulnerable groups such as the elderly, the disabled, people with health problems, at-risk children, and domestic violence victims. 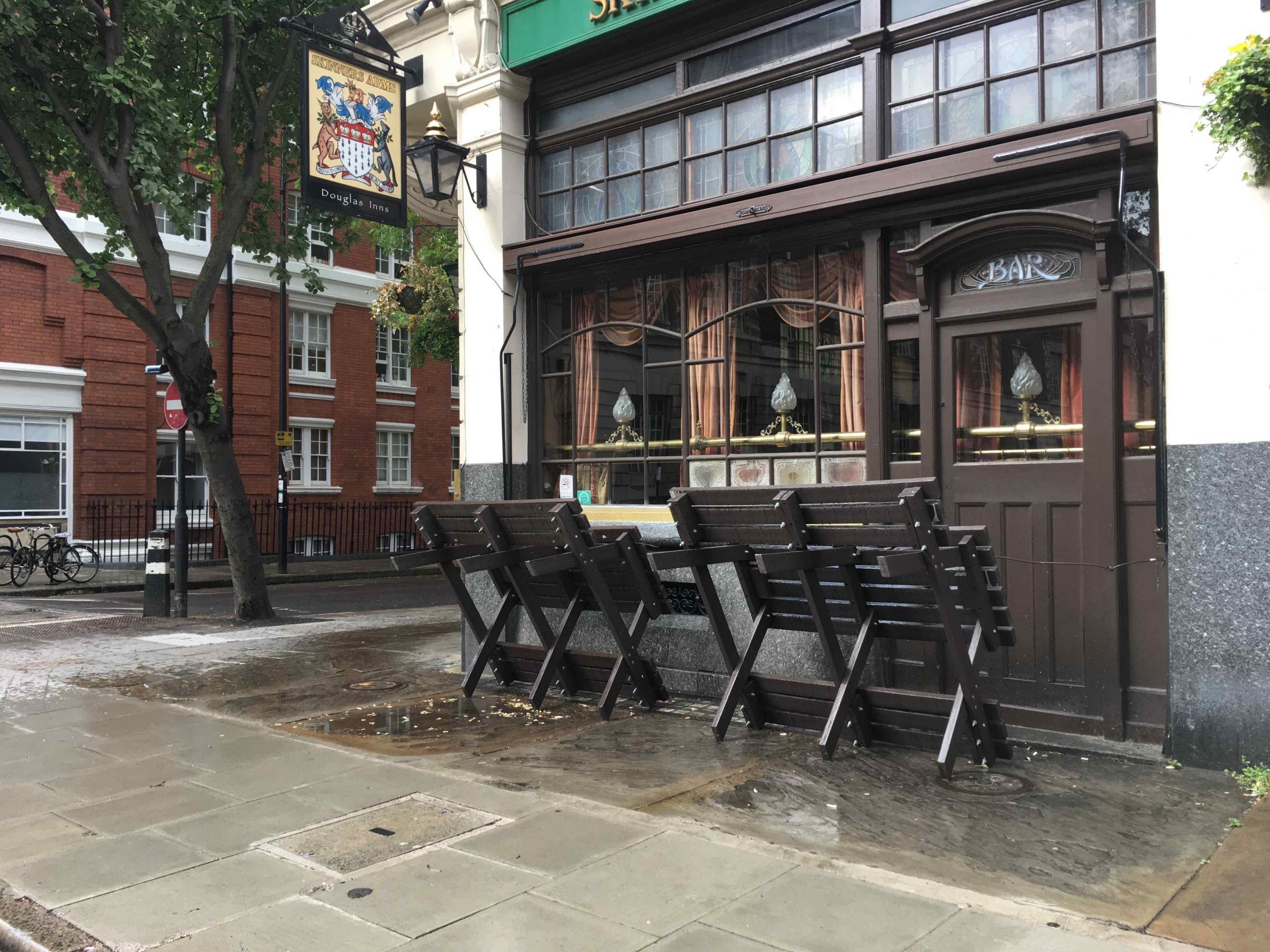 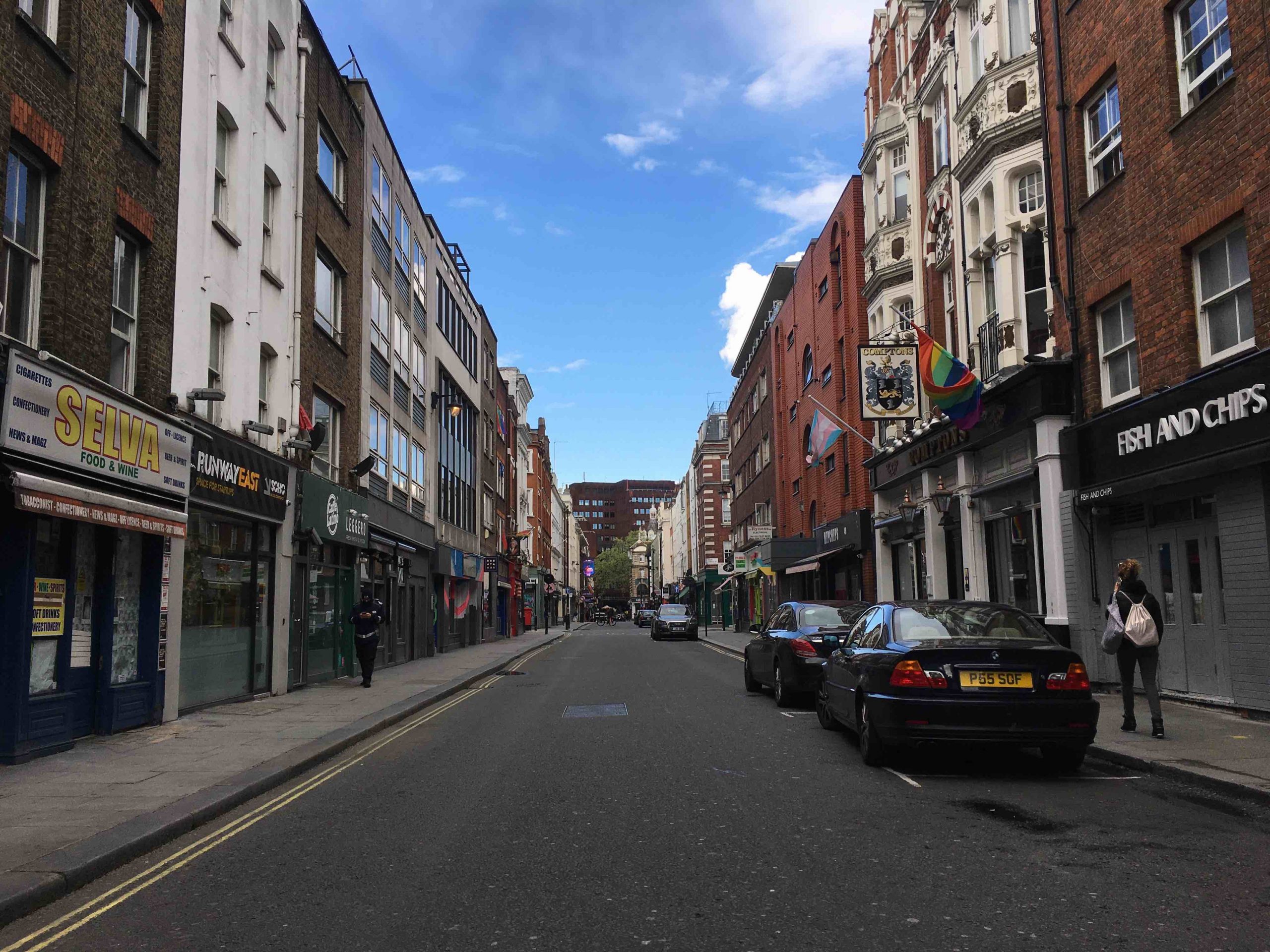 But anyone can feel impacted by quarantine. Half of all adults in Britain have felt anxious about the lockdown, according to a study by the Office for National Statistics. Even if you’re not worried about something specific, that sense that everything is a little off means our bodies and brains are endlessly assessing risk. It’s physically and emotionally draining, but we can’t help it: as social animals who’re safest with the group, we are evolutionarily programmed to prefer being together: “Over thousands of years, the value of social connection has become baked into our nervous system such that the absence of such a protective force creates a stress state in the body,” former US Surgeon General Vivek Murthy wrote in the Harvard Business Review. Isolation and loneliness can have negative health consequences all on its own.

Being alone doesn’t necessarily make you lonely, but the lockdown has impacted that sense of being part of the city: “There’s something we might think of as the city-ness of cities, and this might be different than seeing your friends,” says Jackson. “It’s a feeling of being in places with other people, a kind of rubbing shoulders – just being around all the people while sitting in a park. There’s a pleasure in this for many: it’s not exactly sociability, but it’s a way of sharing space.”

Cities are adaptable mechanisms. Several London landmarks are consequences of previous epidemics: when a cholera outbreak in the early 1850s claimed over 10,000 lives, the Embankment was built to carry wastewater away from drinking supplies. No one knows what London will look like by the time coronavirus has run its course. But as social distancing is likely to carry on in some form for a good while yet, one concern is that it will brutally cull the city’s independent businesses which don’t have the financial resilience to remain closed for several months.

“My fears are that some of the gains we’ve made – environmental and social solidarities – will quickly be forgotten under the pressure of a liberal city that’s resuming its usual rhythms,” says Beaumont. That said, the hope is that we could see the opposite, and become more conscious about the values of the people and businesses that get to take up space in the city. “I like the idea that when the doors finally open again after the lockdown, we will flood public space and we won’t budge from it,” says Beaumont.

Meanwhile, the lockdown has already changed our relationship with the city. Jackson is intrigued to see how the neighbourhood support groups that have sprung up in response to the pandemic will evolve, as this local connection is a big change for a lot of city-dwellers. It’s both good and bad: some of us are trading homemade bread with people we’ve befriended down the street, while others are calling the police on their neighbour who had the audacity to pop out twice in one day. For better or worse, we’re living more like villagers, says Jackson: “There’s a freedom in being anonymous, and being able to move around your neighbourhood without everyone knowing your business like they might do in a village.” 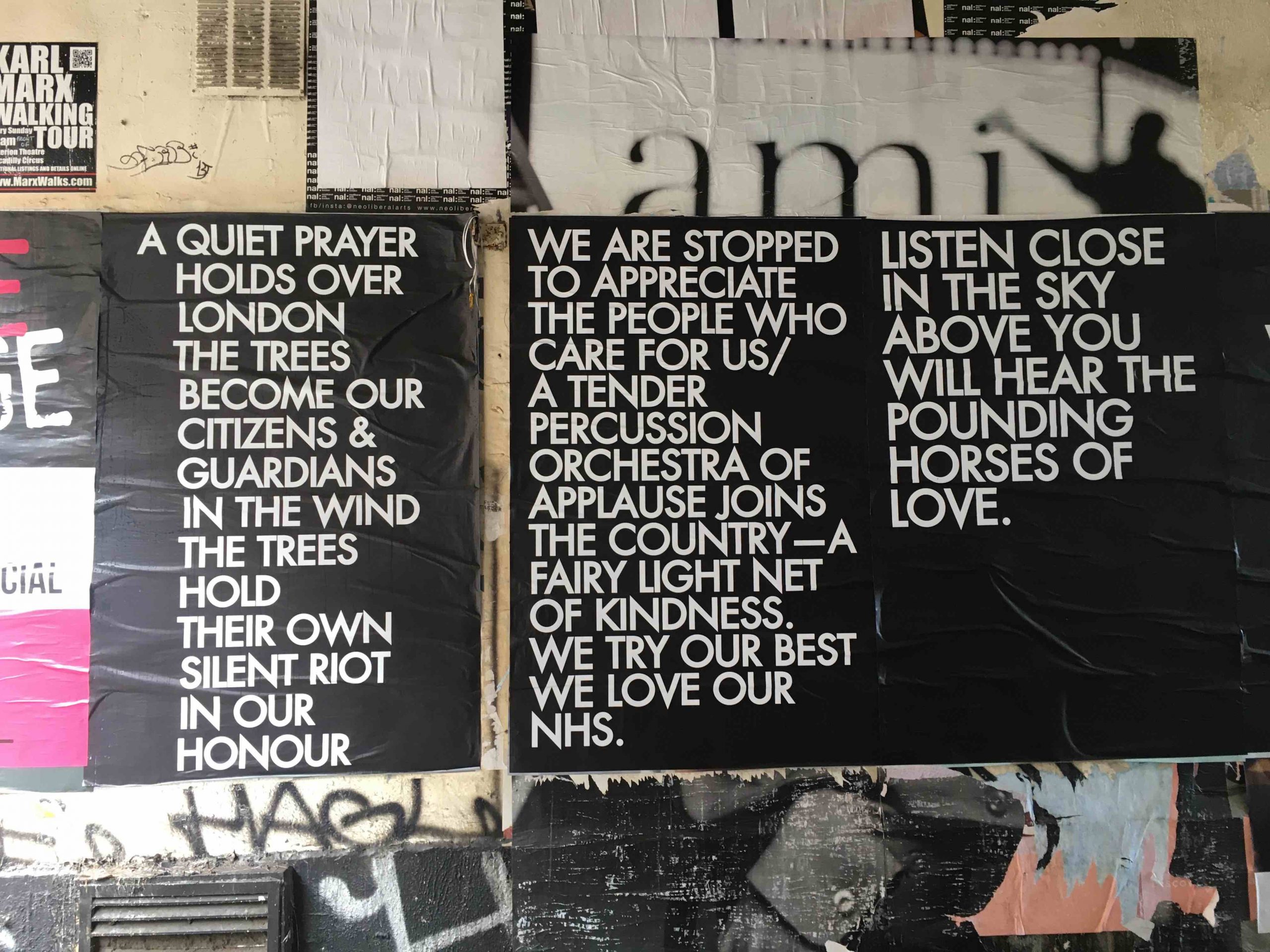 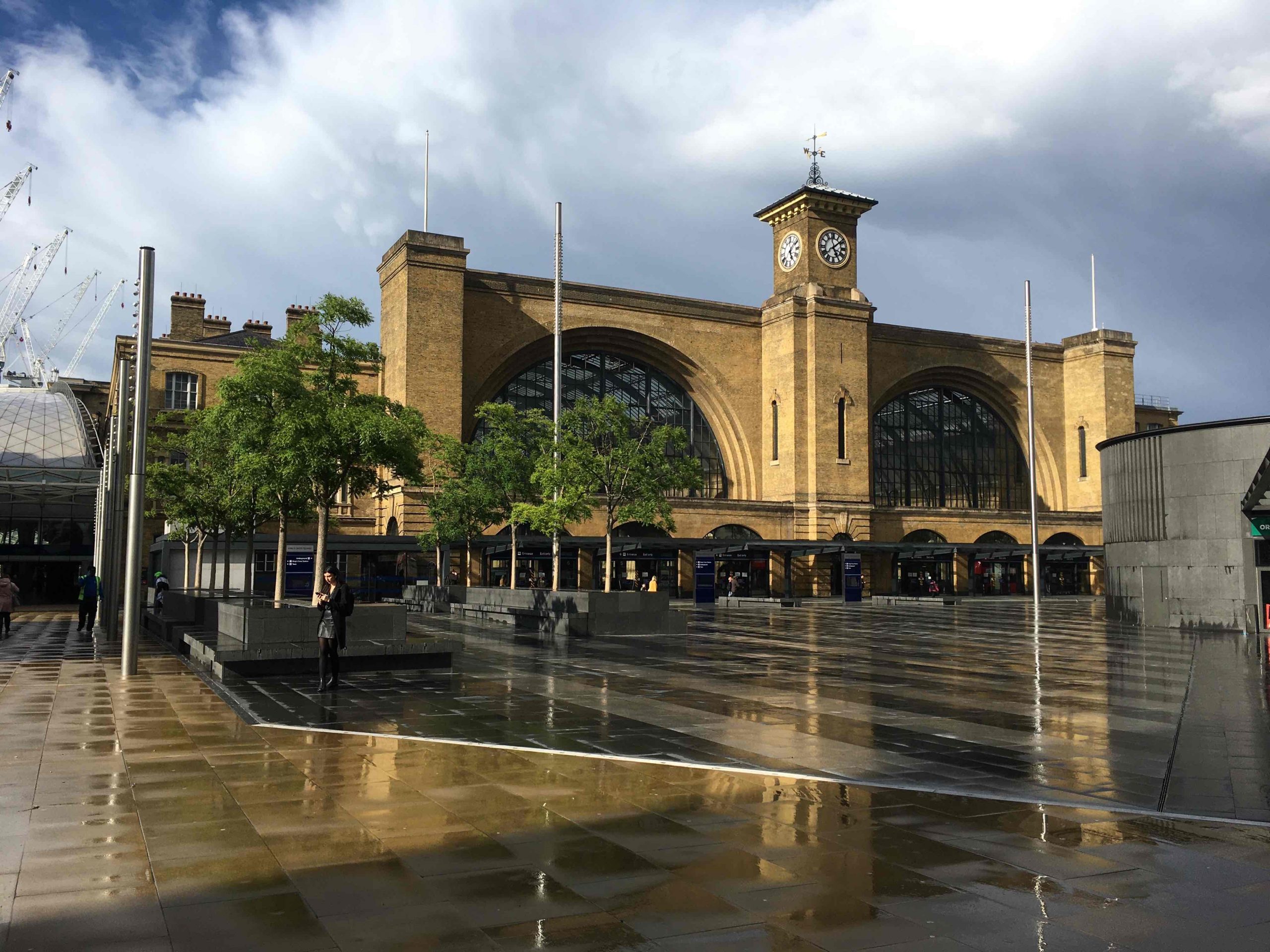 Jackson echoes Beaumont’s hope that the lockdown will make us appreciate public spaces more. “We might value those mundane experiences very differently,” says Jackson, remembering an outing with her daughter just before the lockdown, taking a train into the city to go to an exhibition and having a coffee with a friend – simple things we can’t do now. She adds, with a laugh: “You look back on these things now and you’re like, wow, that was so good!”

The day I went on my central London walk the sun was out after a week of rain. The city was green and floral with a feeling of warmth in the air. London in the summer is one of my favourite things in the world, and normally this kind of lush spring evening would come with a sense of anticipation  – it’s a time to go outside and be in the world again, to make plans for the future, and see what will happen because something always does. But that feeling is nowhere to be found right now. London is waiting, all dressed up with nowhere to go.

This is a special lockdown-edition of ‘The Disappearing City’, a series about the changing urban landscapes of London. Previously: The uncertain future of London’s queer spaces.

Matthew Beaumont’s new book, The Walker: On losing and finding yourself in the modern city, is out in November.

Linkedin
RELATED ARTICLES
OTHER ARTICLES
Theo McInnes’s photos of the annual event provide an intriguing snapshot of contemporary Britain.
At his West Bank restaurant, Fadi Kattan established himself as the voice of modern Palestinian cuisine. Now, he’s bringing his innovative, bold flavours to the UK’s capital.
As she gears up for the release of her first book, the 24-year-old climate activist talks standing up to authority and building a more inclusive movement.
Author Edward Banches dicusses his new book, which examines the hard rock and metal scenes in five African countries: Botswana, Togo, South Africa, Kenya and Ghana.
After building his reputation covering the US civil rights movement in the 1960s, the photographer went on to produce some of the most enduring images of the past century.
Photographer Becky Tyrell went down to the fading banger and stock raceway to meet a community desperate to keep it alive.