News & Politics / Reportage / Hard work and amazing peace: this is life off the grid 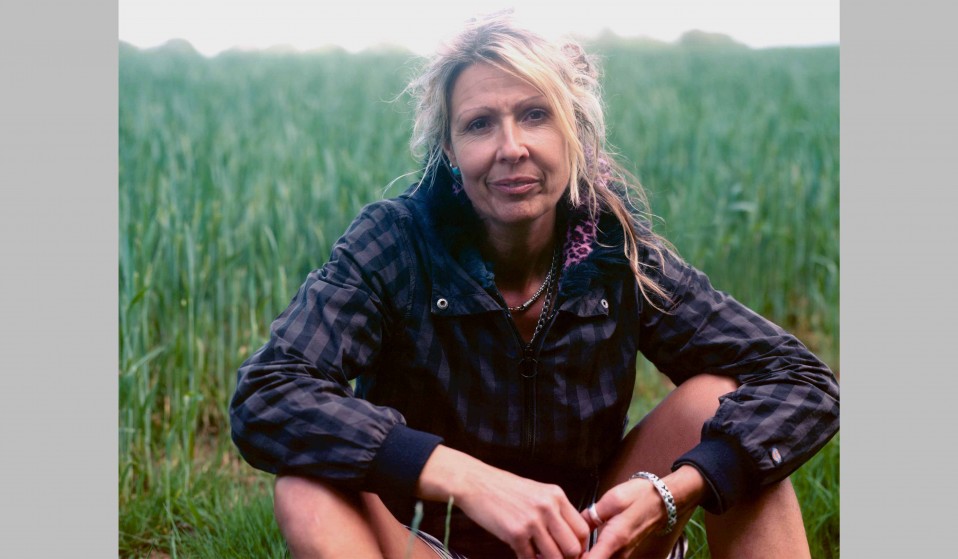 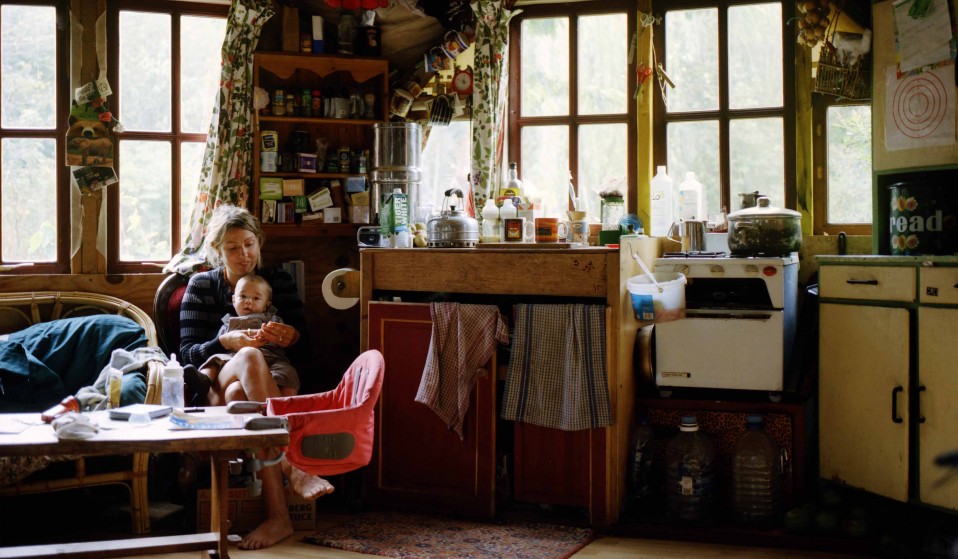 Fed up with her life in the city, Lisa a Nottingham-born mother of three decided to opt out and build something new.

Fed up with her life in the city, Lisa a Nottingham-born mother of three decided to opt out and build something new.

Waking up to the birds! Waking up to all these trees! No buzzing of fridges and technology around you. Fresh air. It’s amazing, to just be in nature.”

This is Lisa in full swing. Lisa is forty-seven and for the last twenty years she’s lived an off-grid life in the British south west. She’s animated, her voice leaping around excitedly, as she describes the little four-and-a-half acre woodland ‘King’s Hill’, which she calls home. But Lisa had a very different start in life.

“I grew up in Nottingham in a two-up, two-down with a pantry and an outside toilet,” she remembers. “And I think that’s where it all started in a way. We moved to another house and it was just horrendous – there was no green space, there was nowhere to make dens – you just couldn’t feel the elements anymore.”

So, at just seventeen, Lisa moved down to a farm in St. Ives in Cornwall, because it was “beautiful”, got a caravan and a waitressing job and proceeded to enjoy the bohemian lifestyle flourishing in that part of the world in the late ’80s. But it was at Glastonbury Festival in 1994 (“back when you could park your car at the Pyramid stage”) that Lisa met some people who introduced her to her current idyll.

“They brought me here and after a few months I was offered a share,” says Lisa. “A wonderful man called Chris Black bought this land, and a lot of fields around it, about twenty-two years ago, and now about twenty of us are shareholders… It took us eight years in the court to fight to live on our own land but eventually we were given very specific planning permission and we all built our own dwellings. We’re not allowed to be hooked up to the main services – I can’t have a landline, running water or electric – but I love my life. We have less than some people on one level – washing machines and all that stuff – but what it gives you and your children on another level is incomparable.”

Lisa has three children and they were all born at King’s Hill, in the heart of Somerset. As children, she says, it was one big adventure – building treehouses, making dens, running around naked – but she was surprised how her kids continued to love the lifestyle as they got older. “I thought they’d get bored but my eighteen-year-old absolutely loves it,” she says. “It’s been amazing for the teenagers who come up here to have a green space that they can actually hang out in, sit around the fire, play music, build their own space. It’s very creative.”

It’s also a bit of a departure from the iPhone-obsessed outside culture. “We’ve lost a lot of skills in this country and that’s what attracted me to this lifestyle,” says Lisa. “You still retain all your skills, you’re still in touch with the plants and herbs around you. You can make things and bang nails. Skills that are long lost for children. They just sit there with their iPhones now, all thumbs and fingers. Everything’s scroll, scroll, scroll.”

Of course, it’s not the easiest way of life. There are a lot of chores to keep things ticking along. Lisa’s little wooden summerhouse, an upgrade from a traditional ‘bender’ – a wooden structure with a tarpaulin – is insulated, floor to ceiling, but she has to chop a lot of wood to keep the burner going through the colder months (they recorded a minus-sixteen a few years ago and were snowed in for two weeks). They have a borehole for water, and pipes that run to taps near each dwelling, but you have to pump it frequently. There’s a compost toilet, which requires emptying (her office doubles, amazingly, as a shower room), and she also has a polytunnel where she grows veg like beetroots, spinach, chard, onions and garlic, at this time of year. On top of all this, Lisa has a business (her workshop is a three-mile cycle away) creating bespoke canvas for tents, yurts, awnings etc. Add three kids into the mix and that is a hell of a big to-do list. So is this a life she can imagine living forever?

“There is no forever! I do see myself calling somewhere else home at some point,” she says. “I’d like to think that when my bones are really old and weary that I could be in more of a mediterranean climate. Maybe have a campsite by the sea. There is a life expectancy to lugging canvas around and chopping wood and doing all those things. Especially in the freezing cold. Although some people do carry on into their eighties… I wanted this for my children and I know so many other young people who’d love to be able to experience this life. So many people work all hours just to have a roof over their head. So we’re all very fortunate to be here.”

But it’s Lisa’s dedication and commitment to her way of life that has allowed her to have it. She’s a reminder that, for those who are willing to work hard, there is an alternative to the suburban sprawl. “All different types of people from all walks of life are attracted to this lifestyle,” she says. “Evidently you have to have it in you that you want something different because it’s not the easiest lifestyle I can assure you! It takes maintenance. But it does attract all sorts of people. We have a university professor here and some young people in a band. There are people who have lived here who have come from extremely wealthy backgrounds, but they chose opt out. They chose to accept a lot less in their life, just for this amazing peace.”

Linkedin
OTHER ARTICLES
Recent research is highlighting the drug’s enormous potential for treating substance abuse.
A campaign seeking to prevent future injustices where there is state involvement is gaining momentum, with Labour recently pledging its support.
Through stills, anecdotes and film criticism, a new book examines the portrayal of women’s destructive emotions, reframing it as a challenge to patriarchal structures.
Layna, Maysa and Amaya are three siblings looking to disrupt narratives around the sport. In doing so, they’re hoping to inspire a new generation of skateboarders.
A new documentary tells the story of an unassuming cul-de-sac of 13 timber framed houses built by Fusions Jameen – London's first Black housing co-op.
Proponents of personality tests argue that they’re necessary to find the best person for the job – but in practise, they’re often discriminatory.