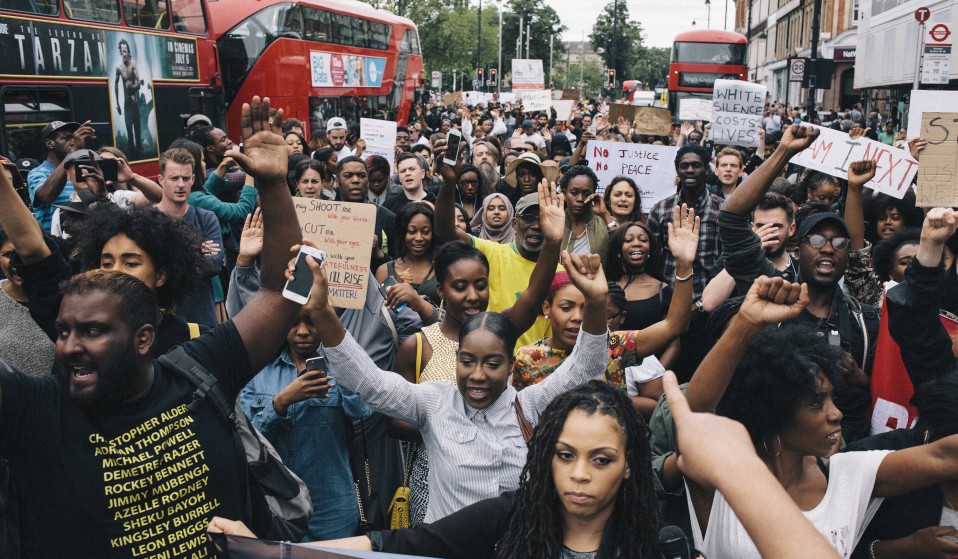 The streets of Brixton, South London were brought to a standstill yesterday, as hundreds of people shut down a busy London road to say Black Lives Matter.

The streets of Brixton, South London were brought to a standstill yesterday, as hundreds of people shut down a busy London road to say Black Lives Matter.

When the news broke that Alton Sterling, a 37-year-old Louisiana man had been shot dead by the police, an all too familiar feeling stirred across the globe. Black people are being killed by the police at an alarming rate, and #BlackLivesMatter campaigners have had enough. 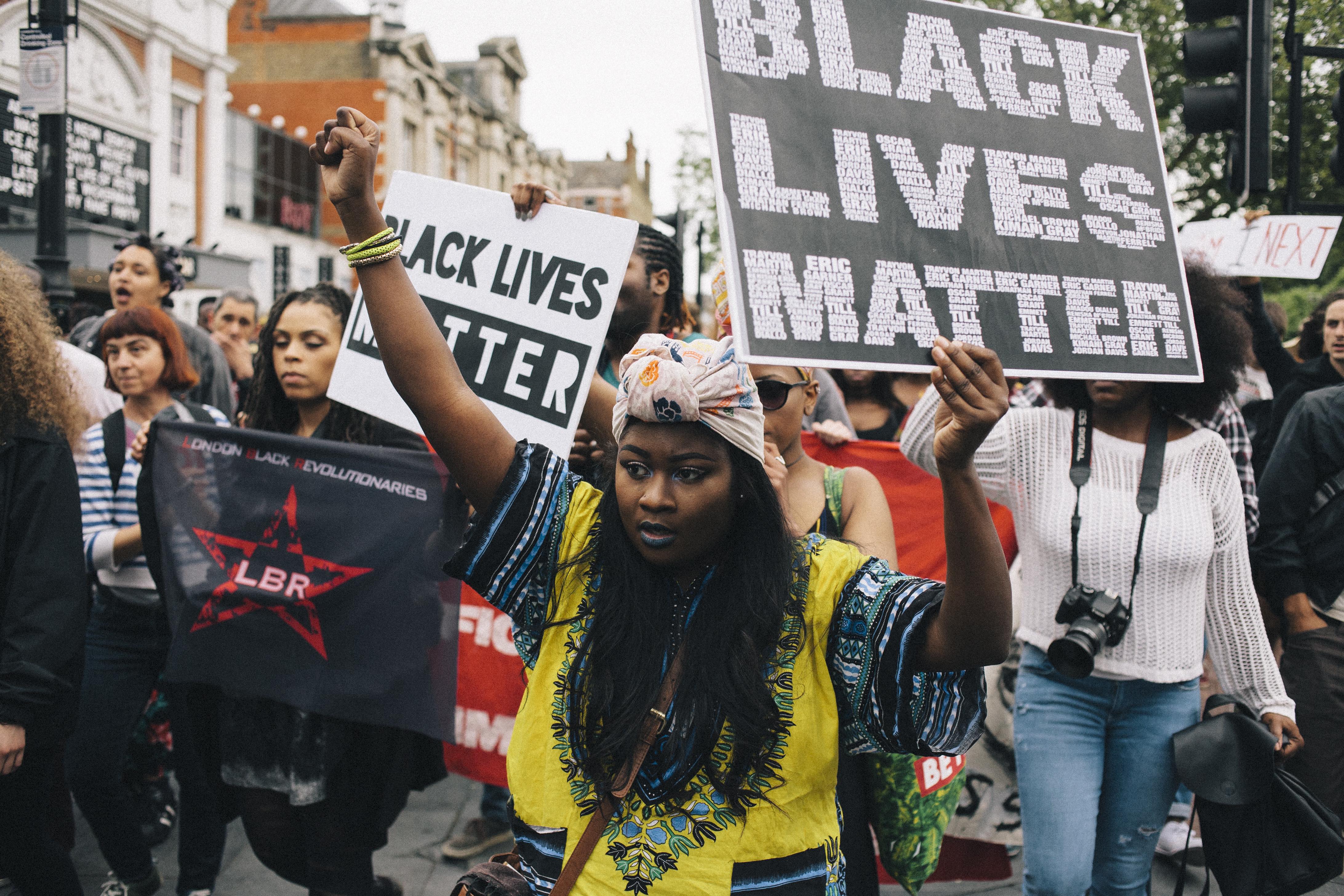 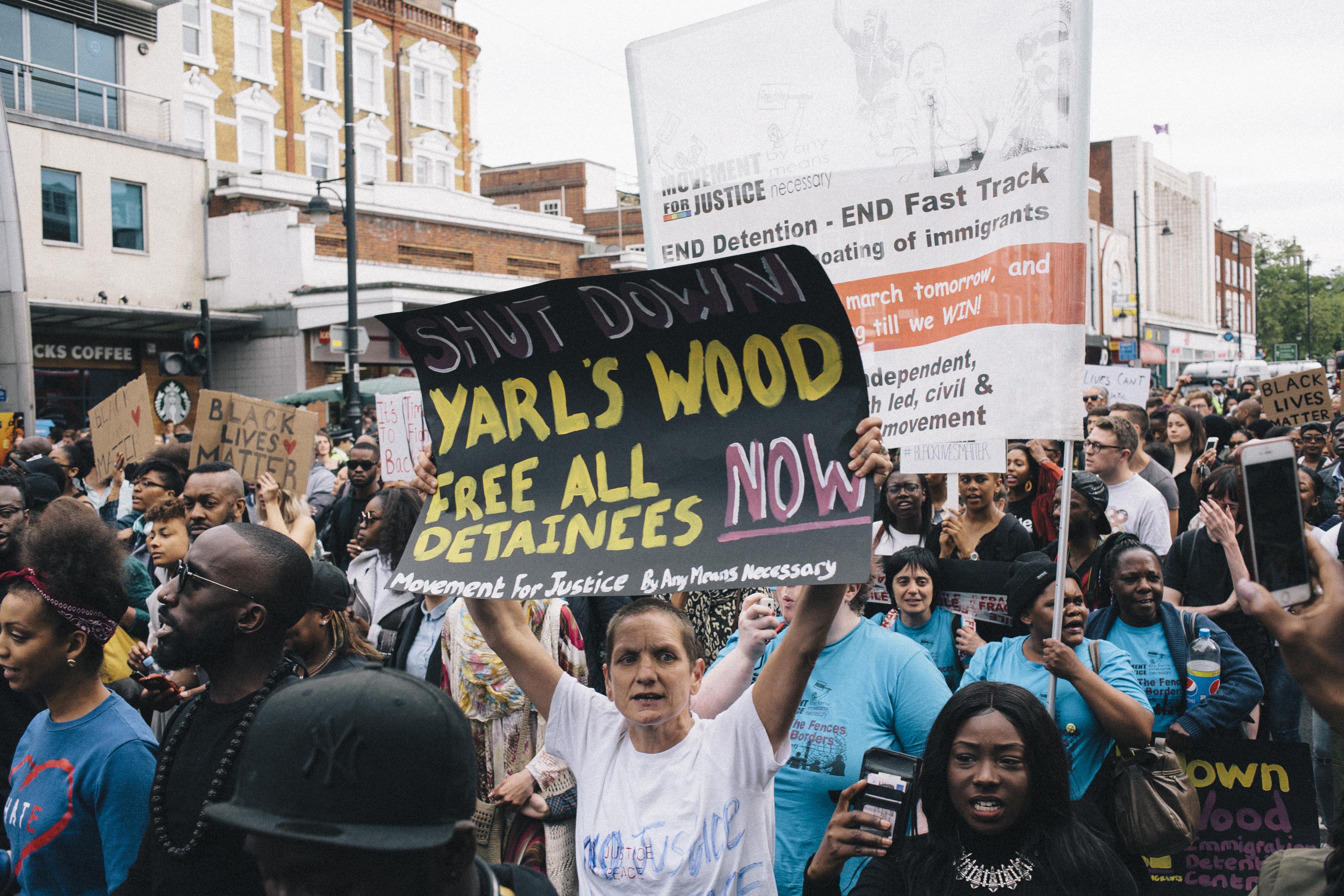 Hundreds of protestors gathered in Brixton, South London yesterday afternoon, following a march in central London on Friday, and another in Birmingham earlier too. The mood was sombre but angry, united in anger and mourning they wanted their voices heard. The demand was simple: stop killing us.

“Black killings keep happening, black lives keep being taken away but there’s no public outcry”, explained Iffa Thompson, just after addressing the crowd. “We’re here to say that if we don’t make a stand others just won’t know about it.” 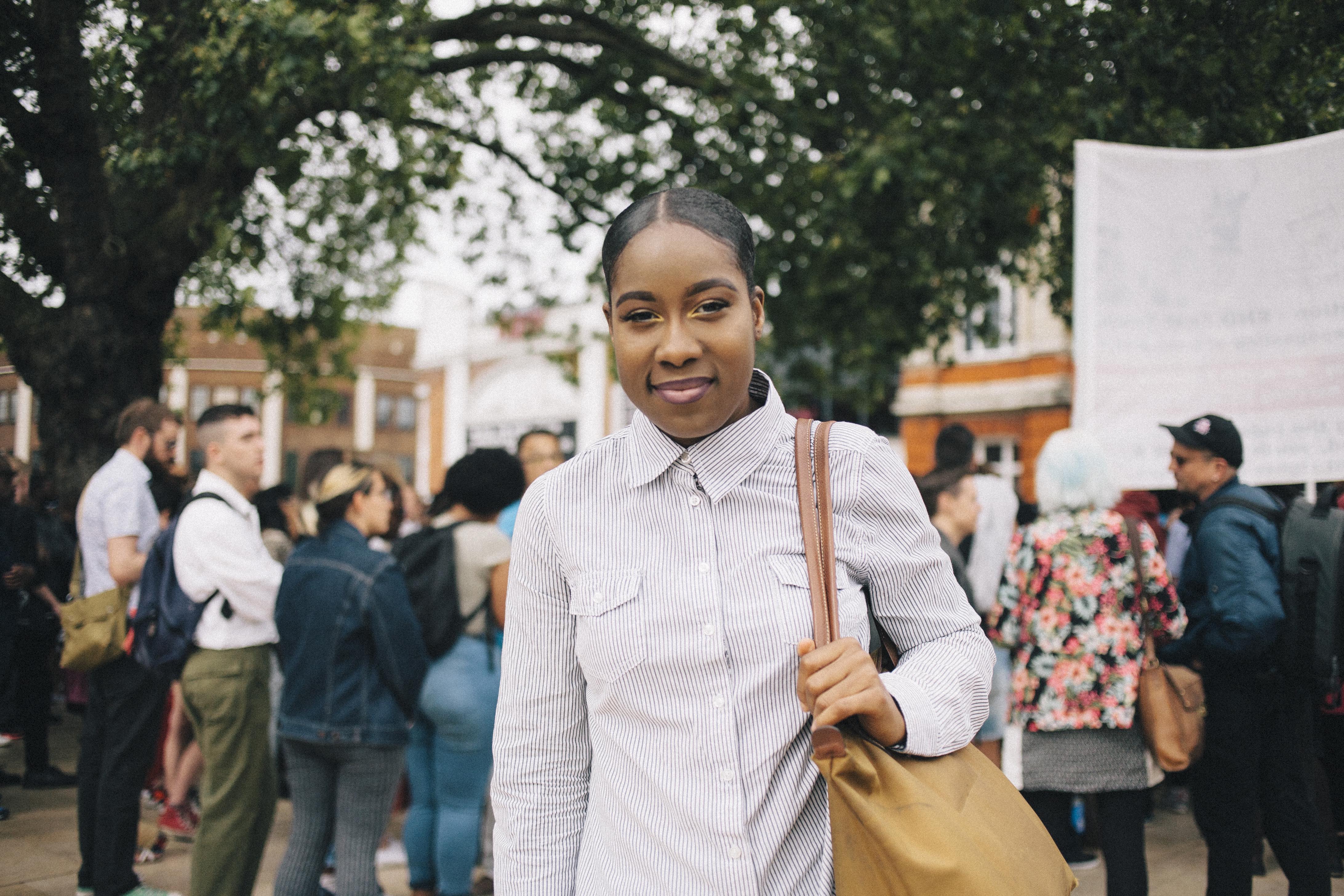 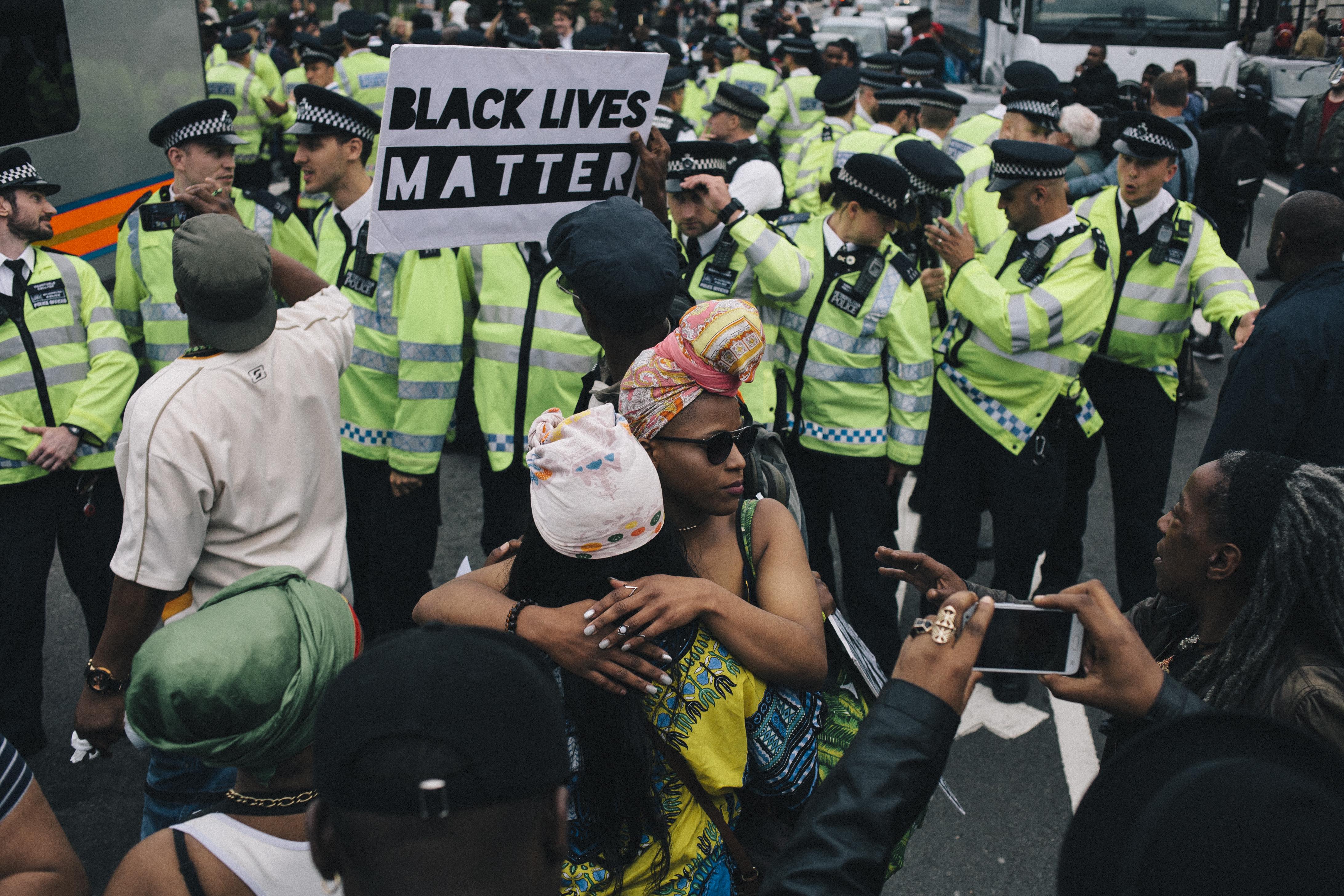 According to The Guardian’s The Counted project, 569 people have already been killed at the hands of U.S. police in 2016, a figure that sits at 1146 for 2015. A disproportionate number of those killed were Native American, Latino and black. In 2015, the death rate for young black men being killed by the police in the U.S. was five times higher than of their white counterparts, and this is nothing new. According to the UK based charity Inquest, there have been over 1,000 deaths in police custody in England and Wales since 1990, a further 60 shootings too. 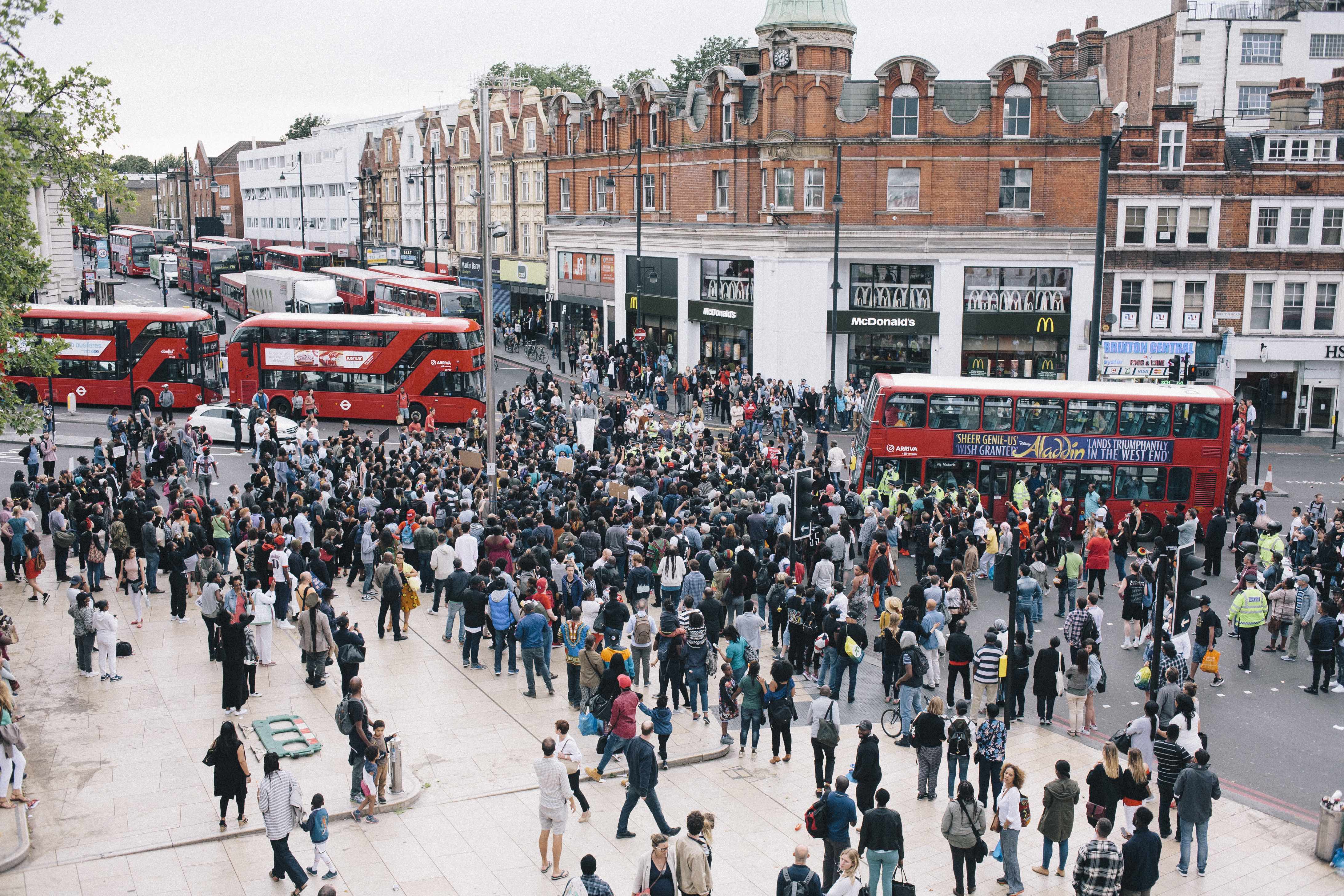 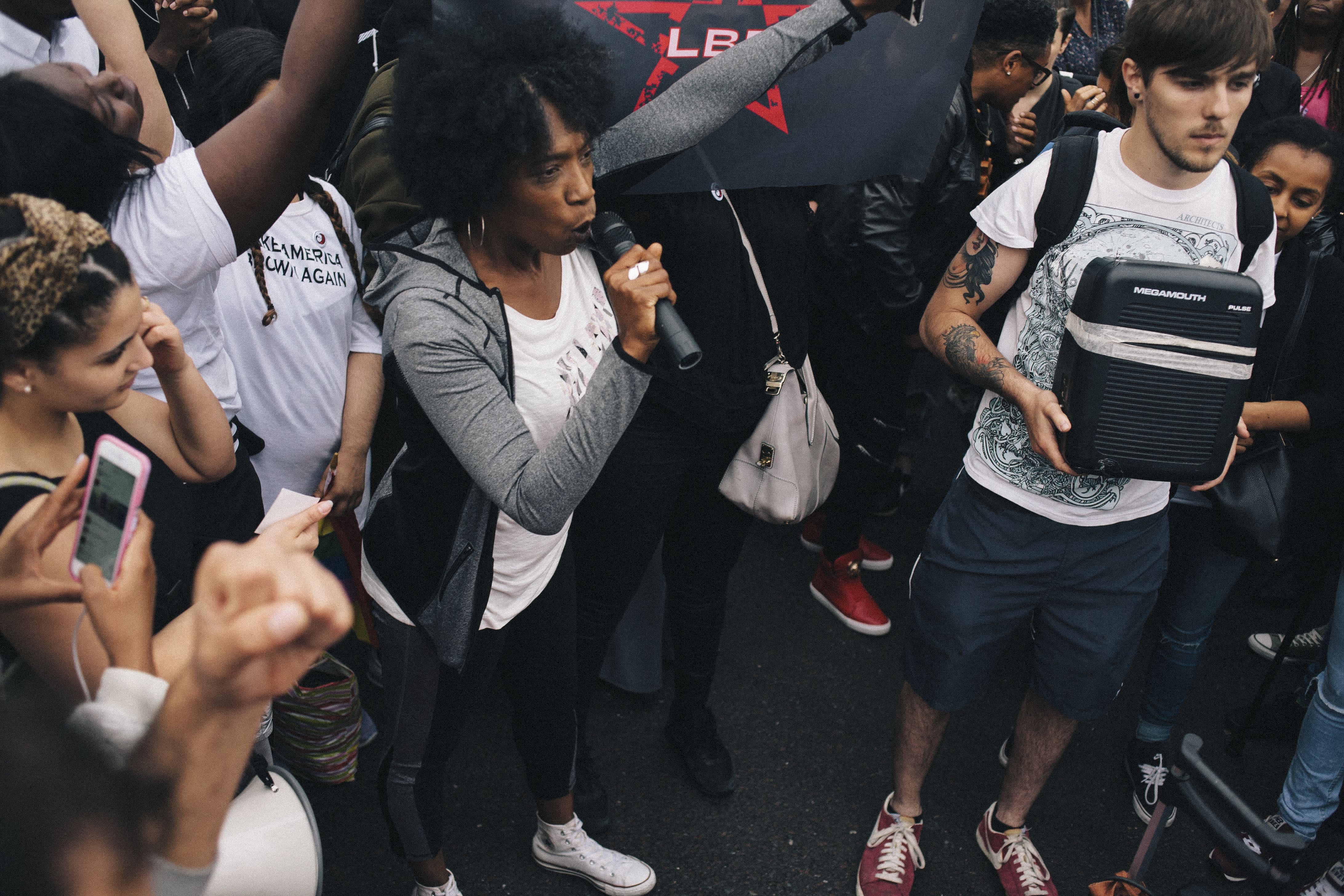 After rallying speeches, the march made its way to Brixton Police Station, the site where in 2008 Sean Rigg was killed in police custody; black lives are threatened by law enforcement on both sides of the Atlantic. 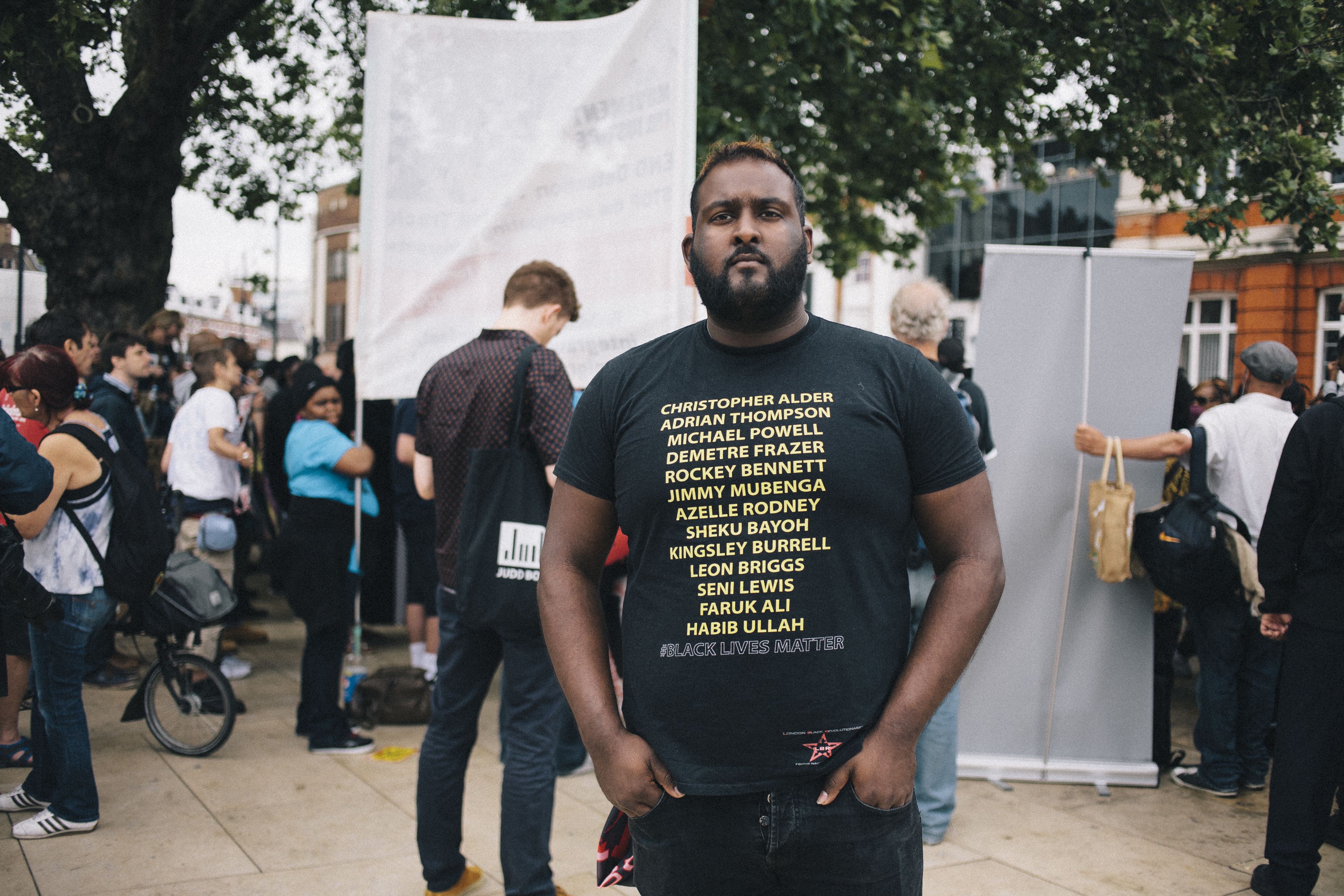 “We are here to show solidarity with deaths of people in our community”, said Arnie Hill. “We need to tie the links together, because together we’re stronger. There’s a daily struggle, and it’s only going to get worse.” 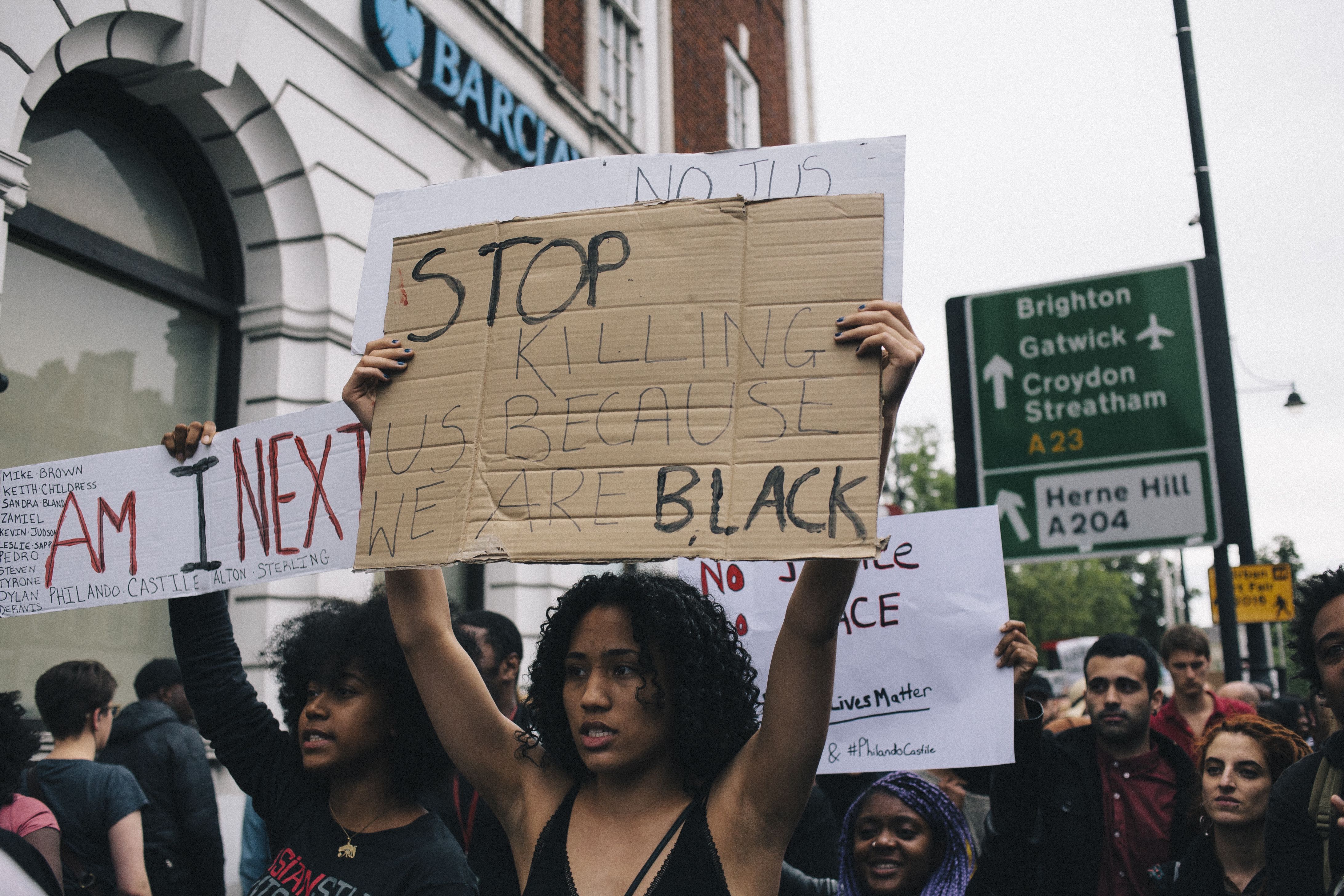 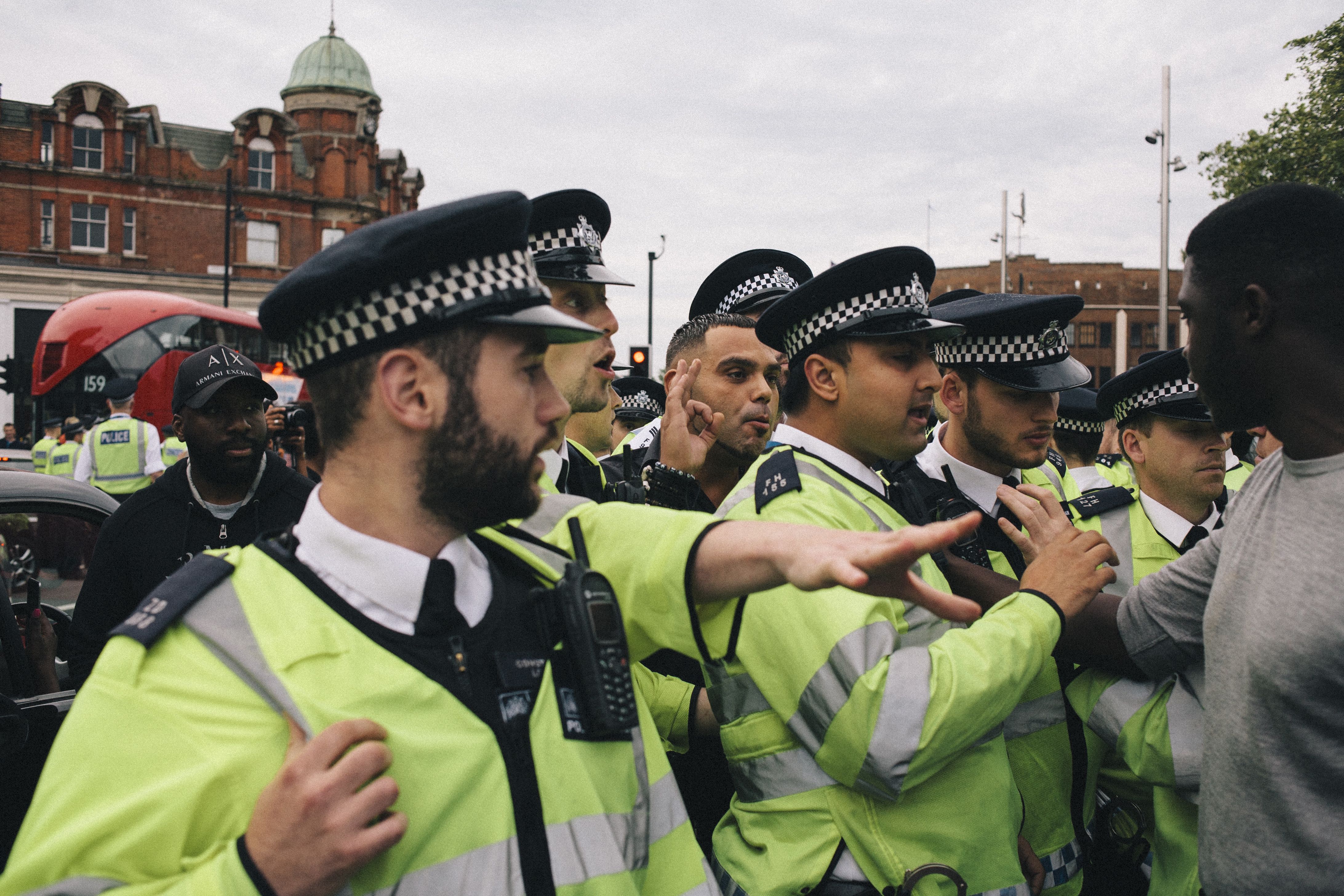 Not long after arriving at the police station the crowd was once again on the moving, the numbers swelling as it made its way to a busy square, blockading the road for hours as a spontaneous sit in got going. Chants of “black lives matter” and “racist police, off our streets” were sung, bringing traffic to a standstill for hours. “We shut shit down”, came a cry. 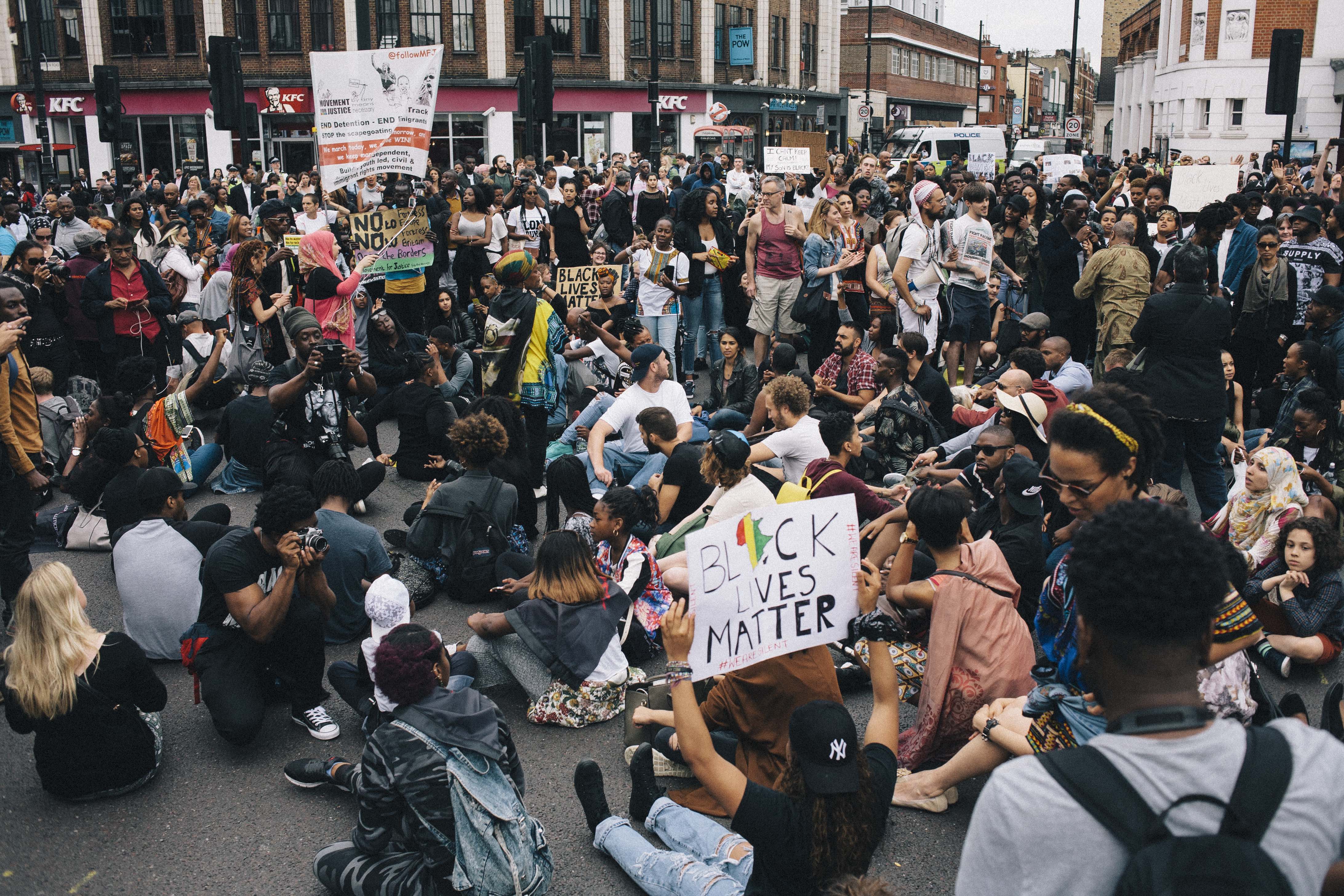 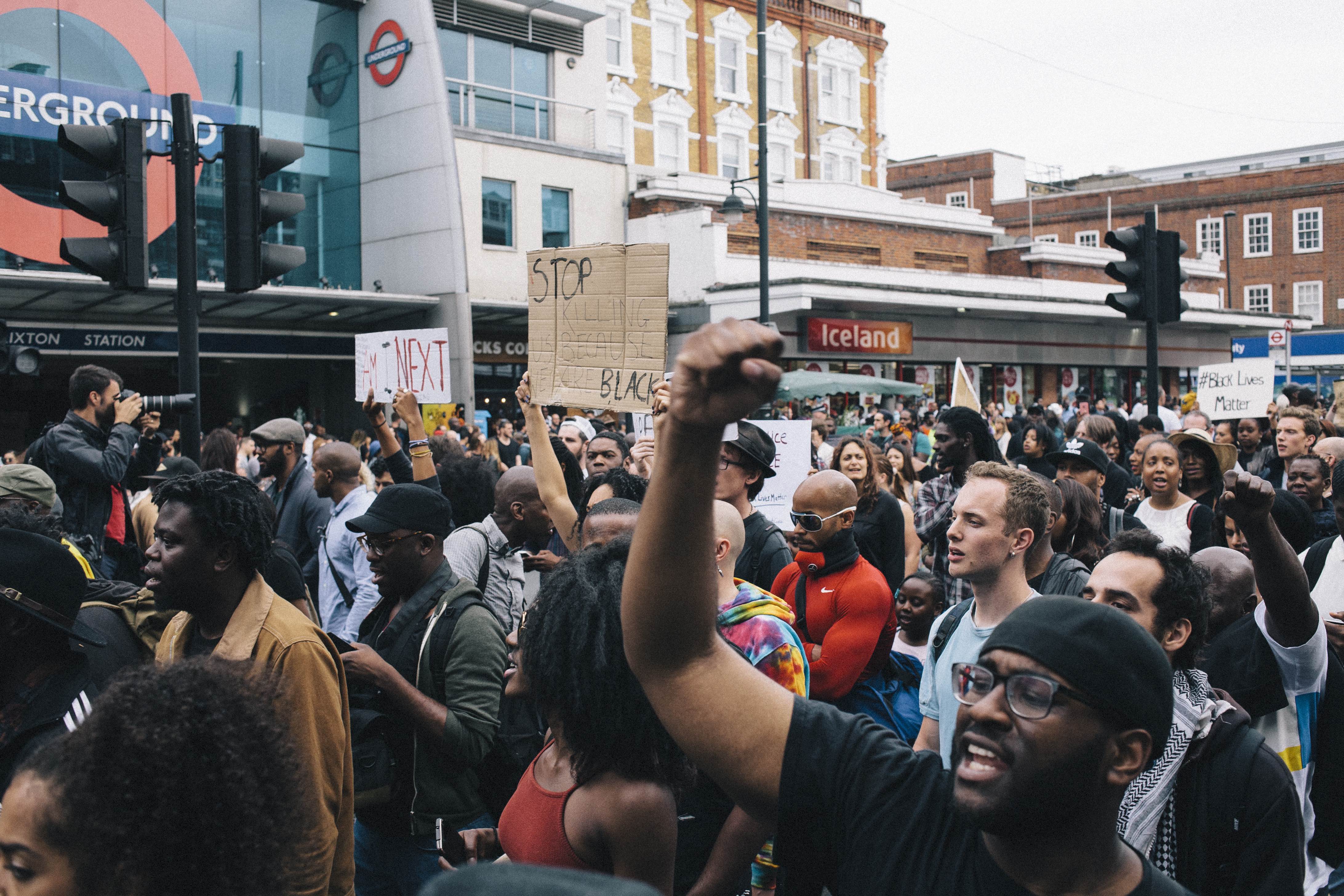 With more protests planned in London today, across the UK, alongside actions all over America, this movement won’t be disappearing or quietening until black people stop dying at the hands of the police.

Linkedin
RELATED ARTICLES
OTHER ARTICLES
The two-day long event returned to London this year, showcasing a spectacular parade, steel bands and Caribbean food.
Thousands attended the annual event this year to wheelie through the city and call for ‘knives down, bikes up’.
Financial turmoil is pushing people who work in the sex industry into more dangerous and desperate situations as a means of survival.
Following the announcement of an 80% hike in the energy price cap from 1st October, crowds gathered outside the offices of energy regulator Ofgem to protest and declare their intention to undertake a payment strike.
A group of young Palestinians have found temporary freedom in the act of parkour, reimagining wreckage and ruins as a series of high-octane playgrounds.
Cindy Campbell recounts how her brother ushered in a new era of musical culture at a party she held in the Bronx in ‘70s.