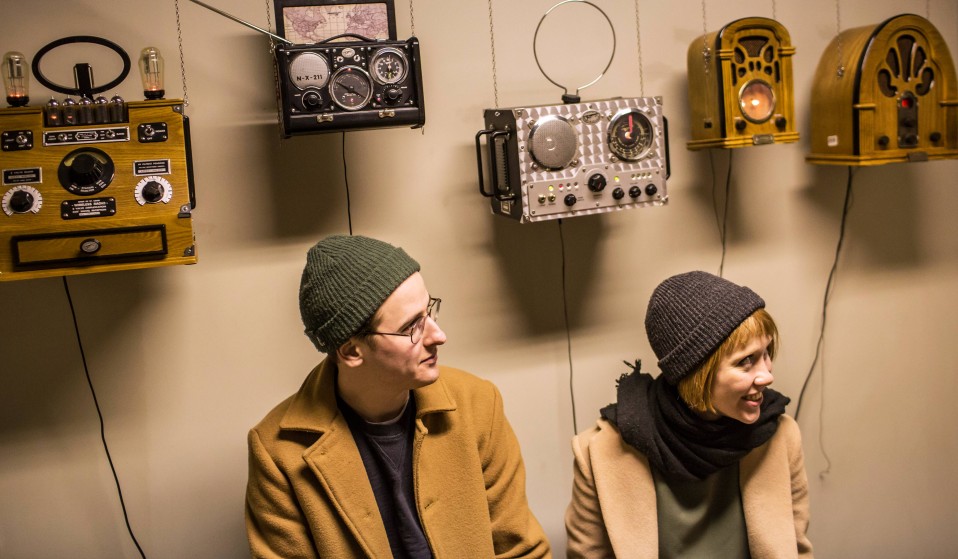 Tatyana Andrianova and Mihail Rezvan, the founders of Follow Me Radio, met almost a decade ago in a dingy basement on the outskirts of Moscow that doubled as a radio station. As the dull thump of Trance bled out across the airwaves, the pair bonded over a shared interest in music.

It was there that they learnt the basics of radio production and met a teacher from Moscow State University by the name of Alexandr Ganiushin. When Ganiushin invited them to work on a new project – a student radio station called FMGU.RU – they jumped at the chance. “We said we wanted to try something inspired by classic American college radio,” explains Tatyana. “But it had to have a unique slant and offer something new.” 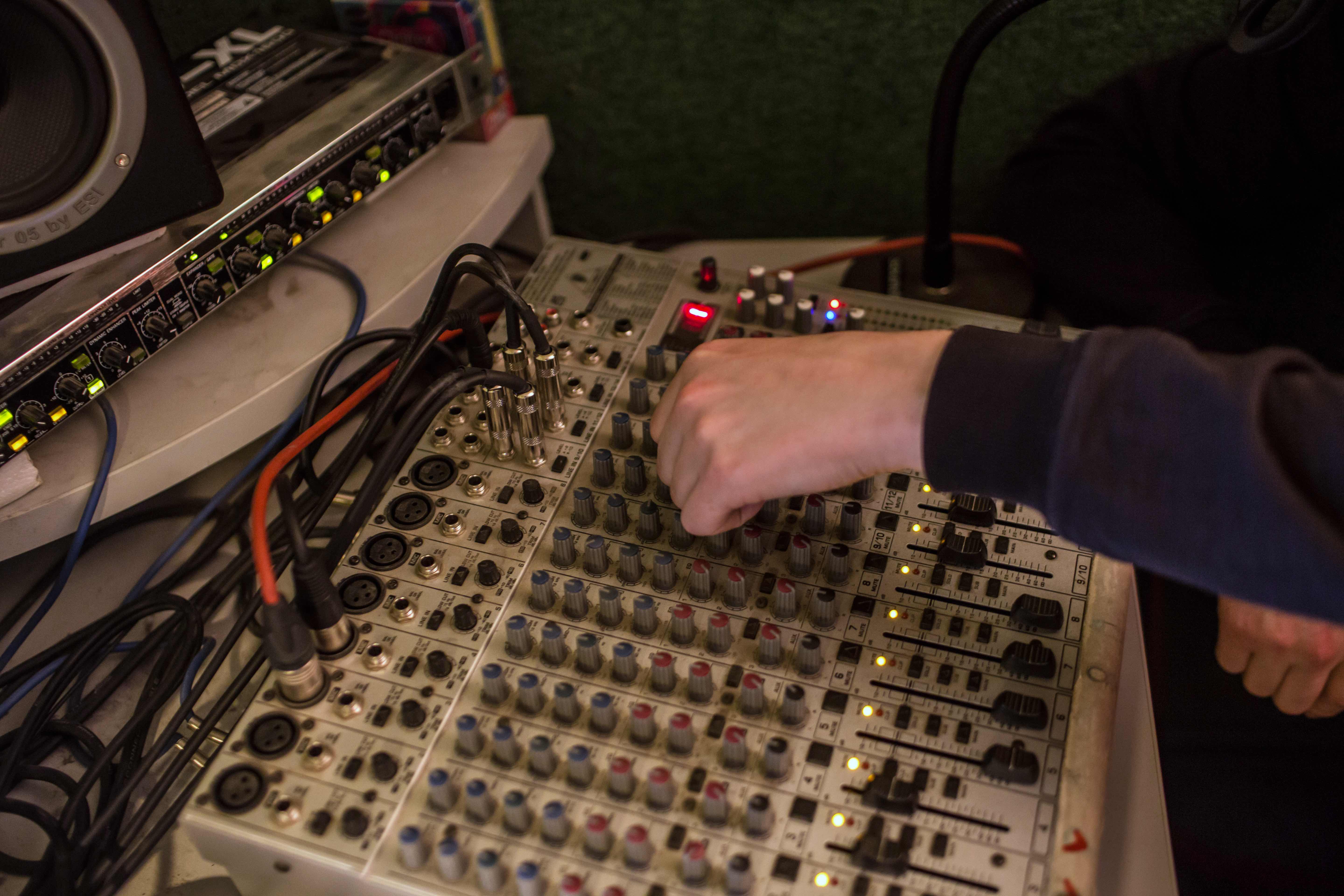 FMGU.RU was a far cry from what Follow Me would eventually become. The station played lectures as well as radio shows. “Back then the concept was about uniting education and entertainment,” says Mihail.

Determined to provide the best possible platform for the music they loved, they invested the small faculty budget on the best deejay equipment they could afford. “We bought two vinyl turntables and a mixer, so whenever a deejay or musician would tour Moscow, we’d get them to play on air,” says Mihail. Their investment paid off and, aged just eighteen, the duo hosted sets from dance luminaries Mark E, Maximilian Skiba and Todd Terje.
The station was an undeniable success. 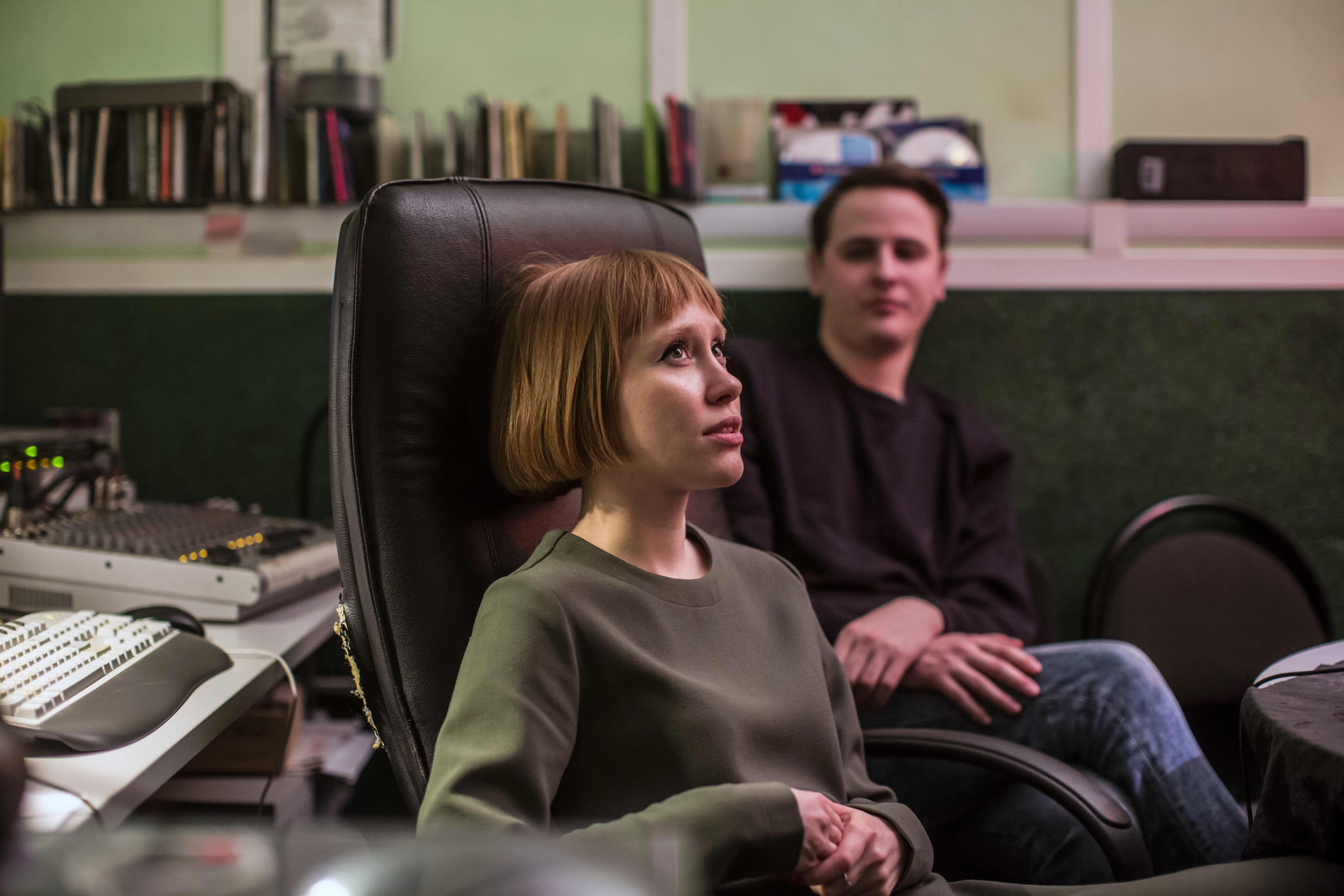 “We took huge pride in what we achieved,” says Mihail. But when university funding started to run low, Tatyana and Mihail began looking for outside investment and were eventually taken under the wing of digital magazine Lookatme.ru, which gave them an online platform and office space in central Moscow.

Follow Me Radio devoted itself to music and became renowned for its daily podcasts and eclectic 24/7 stream, curating the best indie, pop, electronica and hip hop from all over the world. “It was a natural choice, because the sincere love of music has always been our catalyst. It’s what we love and want to spend all of our time working on.” 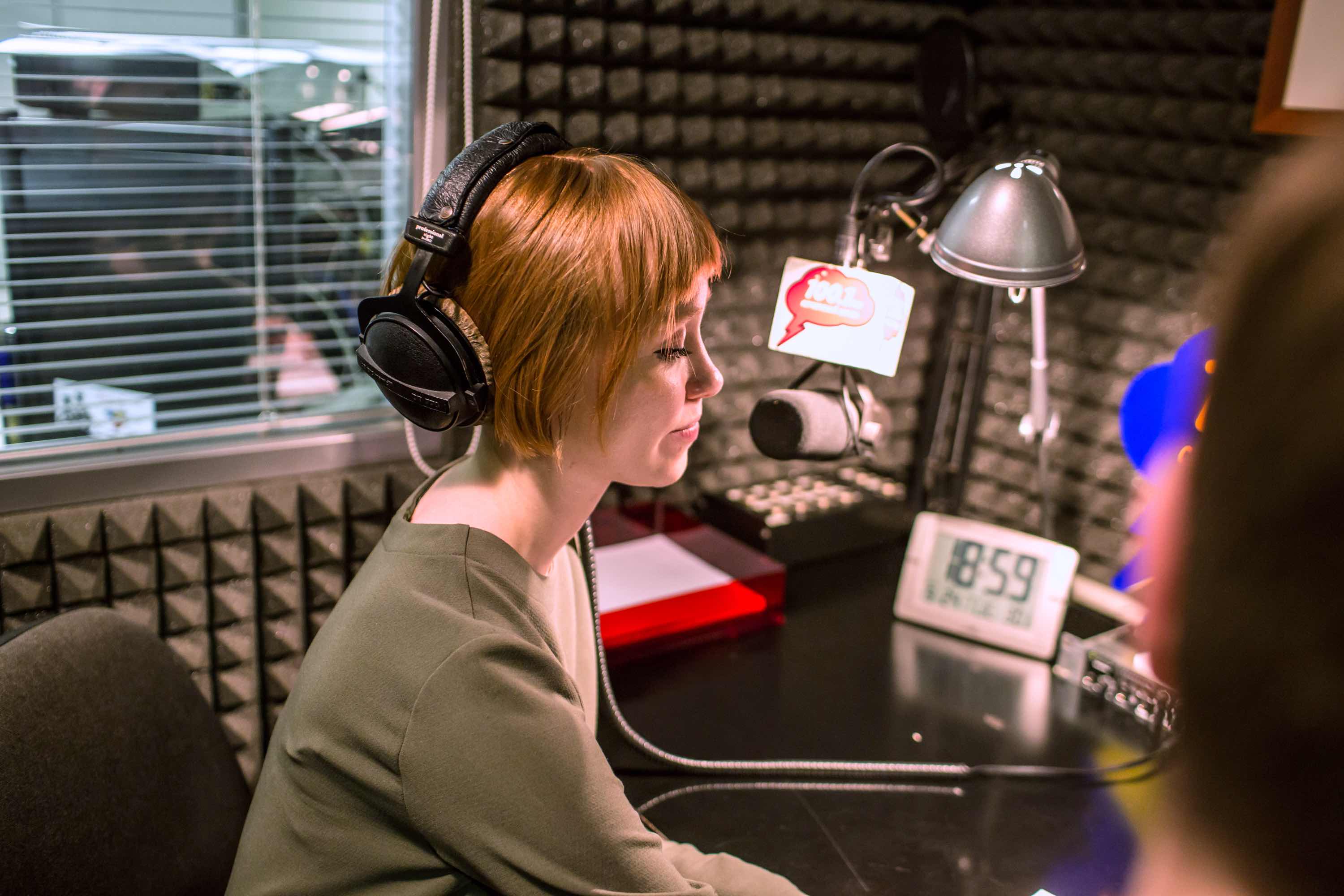 Tatyana and Mihail stayed with Lookatme.ru for several years, then eventually made the leap to independence in 2013. “We can broadcast from anywhere in the world with an Internet connection, so we have pop-up studios in St. Petersburg, Kiev and Minsk,” says Tatyana. “We also have a weekly FM radio show that broadcasts to seventy cities and we curate playlists for public spaces, including the biggest shopping mall in Moscow.”

Follow Me may be one of Russia’s only online stations championing independent music, but Tatyana and Mihail see their unique status as an advantage. “Russia doesn’t really have a national musical identity,” explains Mihail. “It’s a blank slate that allows us to cherry-pick the best new music from all over the world for our shows, creating something entirely idiosyncratic.” 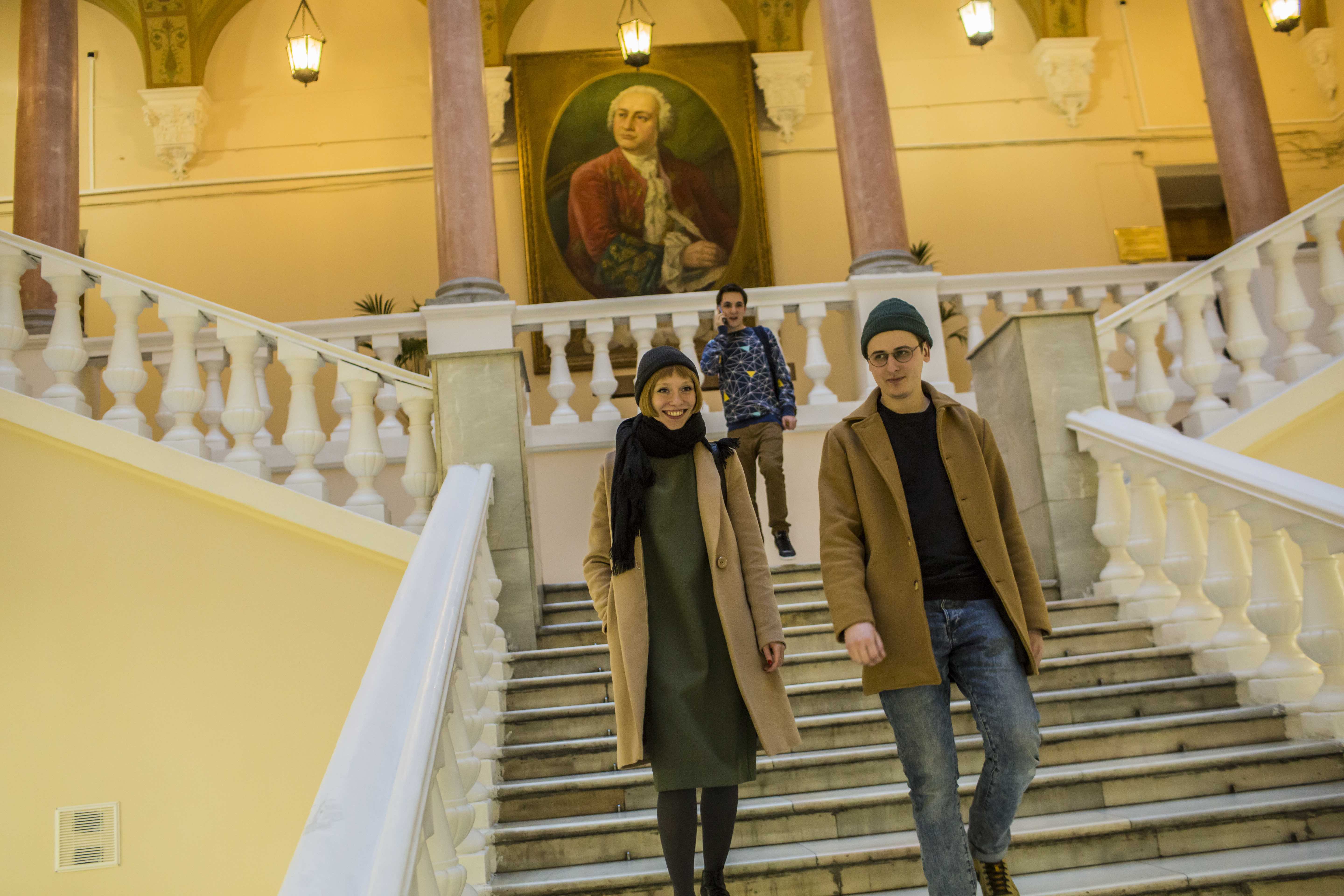 Russia might be suffering an economic downturn, but the nation’s burgeoning independent music scene continues to develop apace – and Tatyana and Mihail are determined to give it a spotlight. Last December, they ran a twenty-four-hour Russian music marathon. “We have a lot of young artists who combine our nation’s authenticity with international trends, and they deserve to be heard,” explains Tatyana. “Our goal is simple. We just want to take brilliant independent music from around the world and let it reach the widest possible audience.”

Linkedin
RELATED ARTICLES
OTHER ARTICLES
Thousands attended the annual event this year to wheelie through the city and call for ‘knives down, bikes up’.
A 37-year-old woman shares how her abortion led her to become a clinic worker, and the abuse she’s received in that role.
Sean Maung’s photos are a love letter to the Black and brown communities that make up New York.
Ahead of the release of their first collaborative album, the producer and rapper talk psychedelics and the state of UK hip hop.
With skyrocketing rents, packed out viewings, bidding wars and more, renting in London has never been harder.
For over a decade, gamblers have won big by employing people to place live bets from the court. But does this dubious method still work?