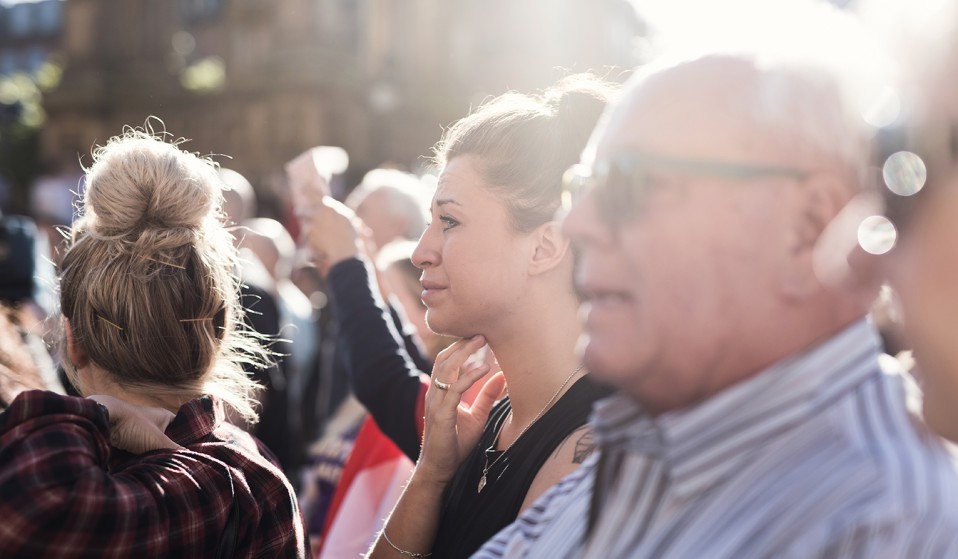 Manchester’s Albert Square was packed by 5:30pm last night, as thousands gathered to remember the at least 22 killed, and 59 injured, in Monday night’s horrific suicide attack in the city.

While politicians and religious leaders took to a stage – Manchester’s new Mayor Andy Burnham and Labour leader Jeremy Corbyn among them – thousands gathered in the evening sun to stand in solidarity, in defiance, and in strength. As the events of the last two days have shown to the world, the spirit of the city lives on. 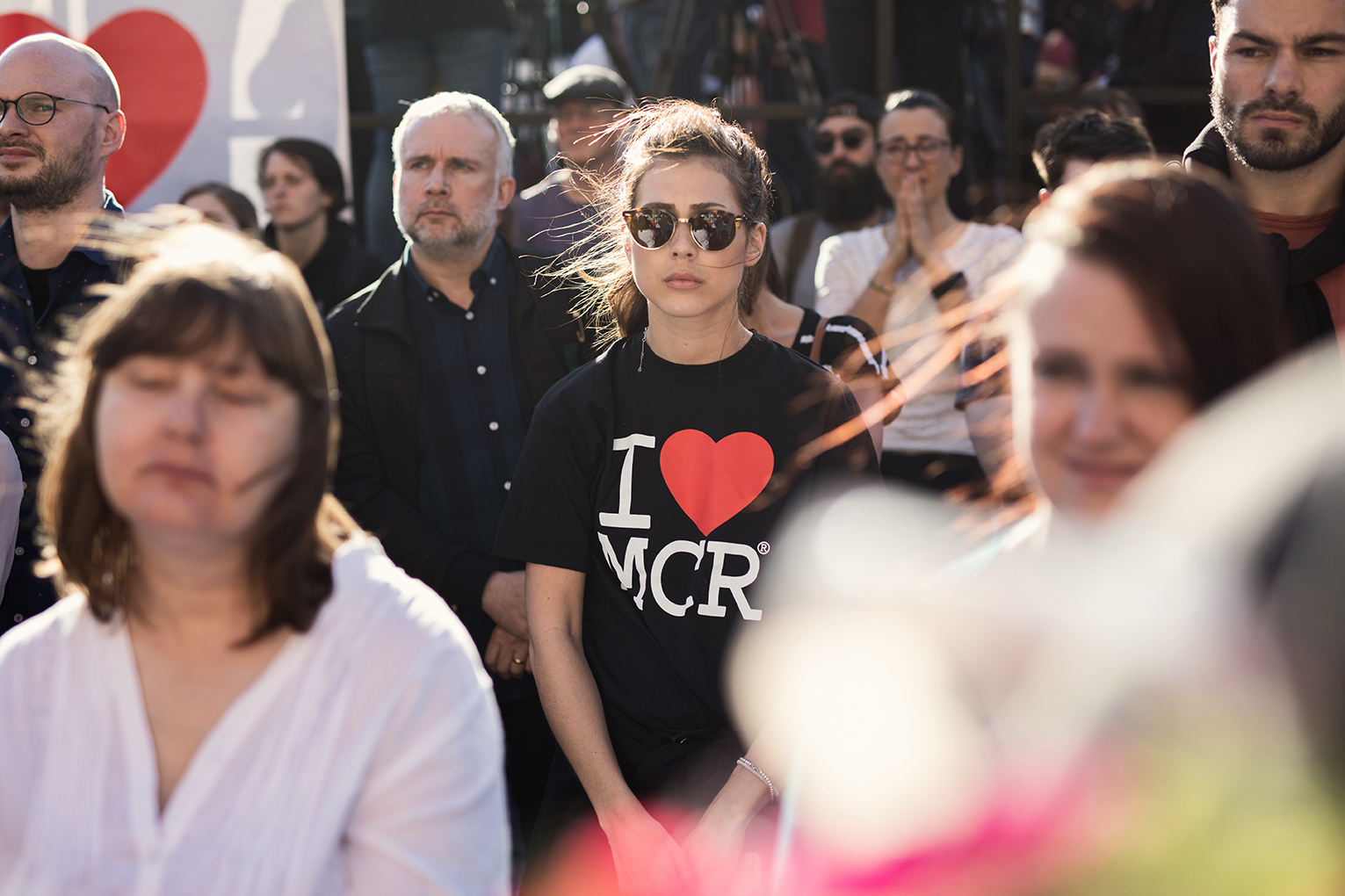 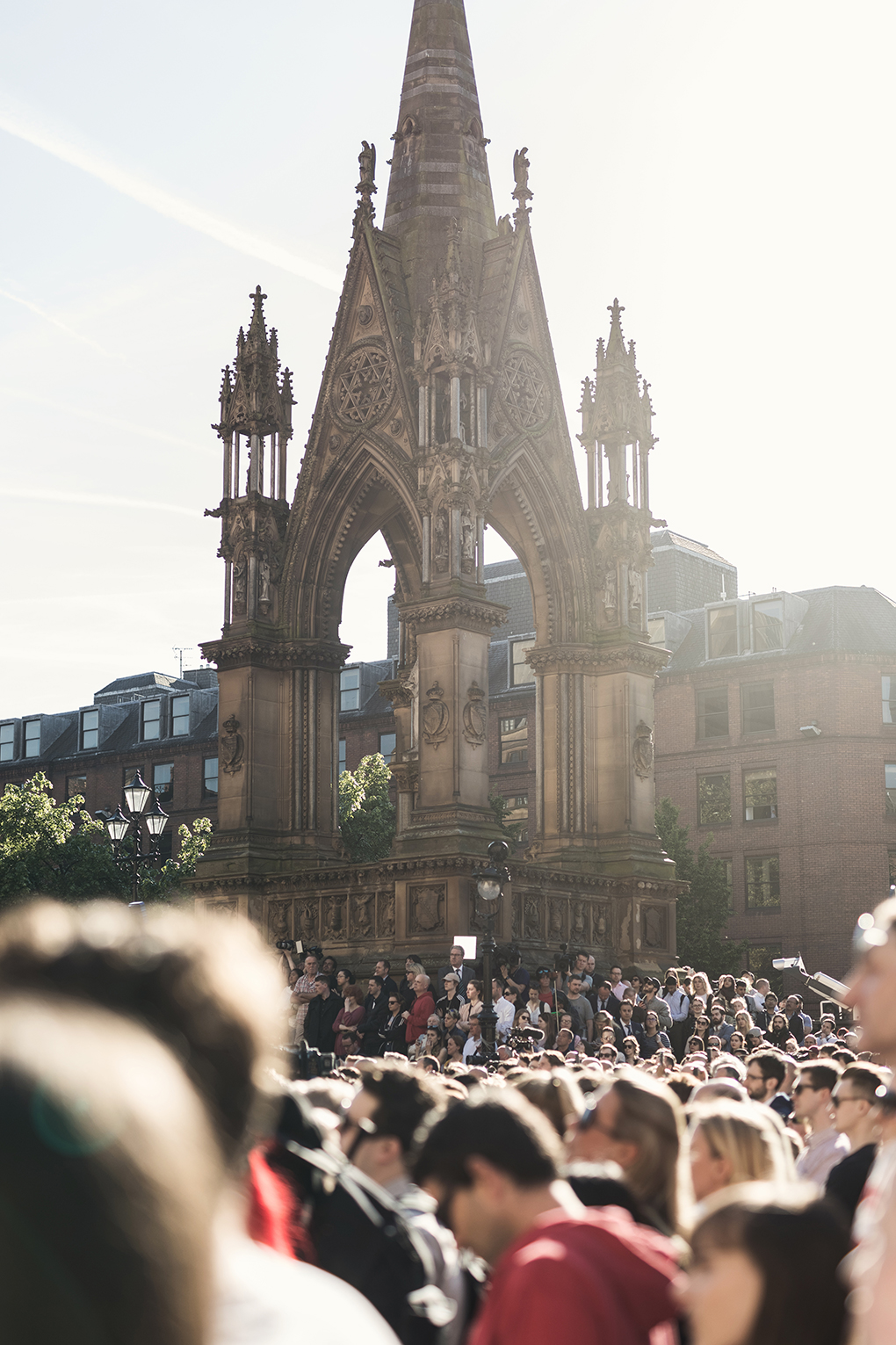 A sombre atmosphere initially, emotions clearly ran high as television crews from around the world descended. Many of those caught up in the attack are still missing, tears flowed as strangers embraced each other.

“This is a place that has been through some hard times/ Depressions, recessions, represssions and dark times/But we keep fighting back with Greater Manchester spirit, northern grit, Greater Manchester lyrics,” spoke poet Tony Walsh down the microphone, intensely. “And it’s hard times again in these streets of our city/ But we won’t take defeat and we don’t want your pity because this is the place where we stand strong together with a smile on our face, Mancunians forever.” 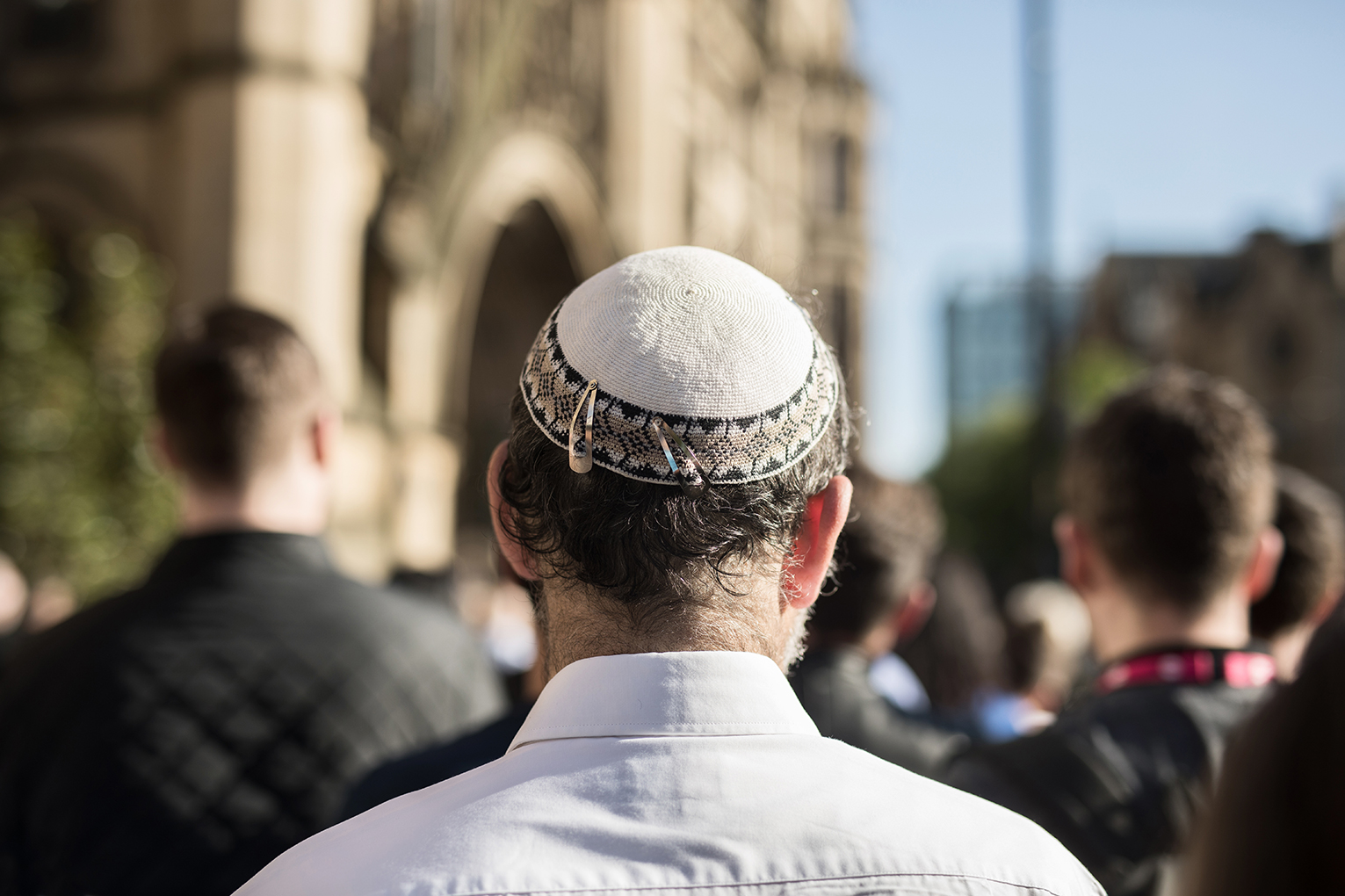 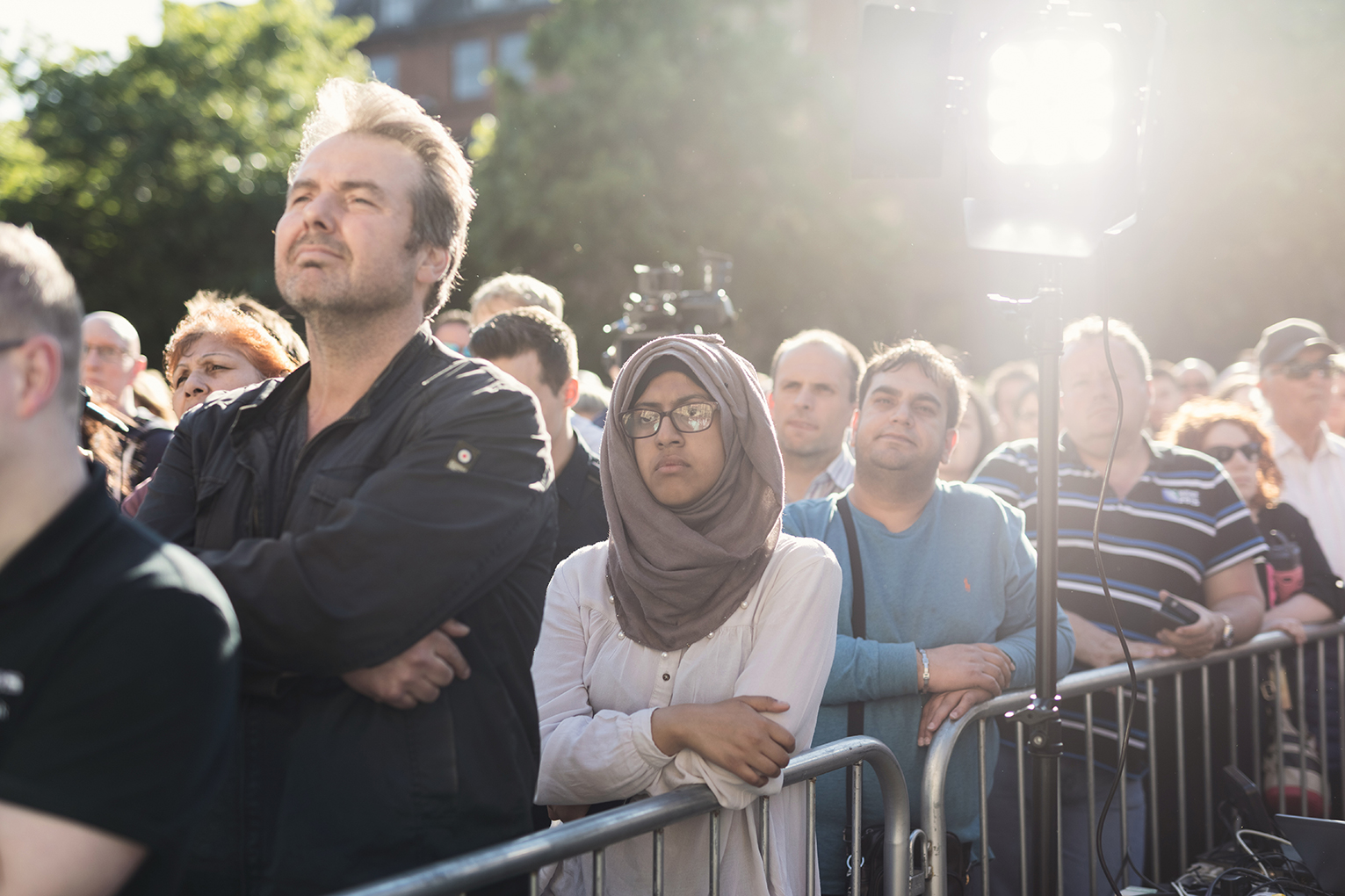 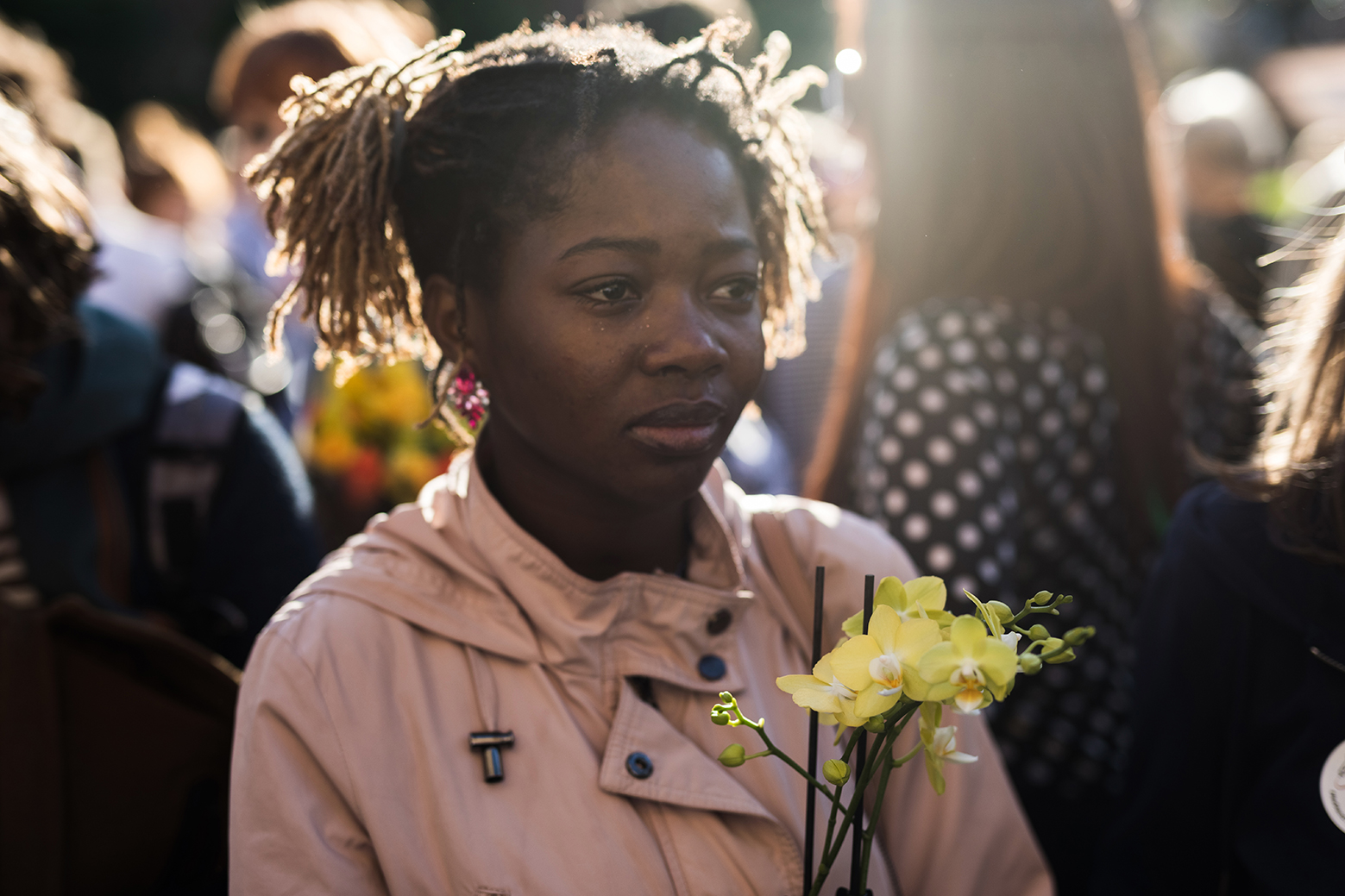 The vigil continued into the night, with those gathered sharing food and drinks, ensuring those around them had all they needed. It was a sad night, one that should never have happened, the start of a grieving process that won’t be over for years to come. But last night, Manchester once again stood united.

We sent Manchester photographer Olivier Richomme to capture the evening. 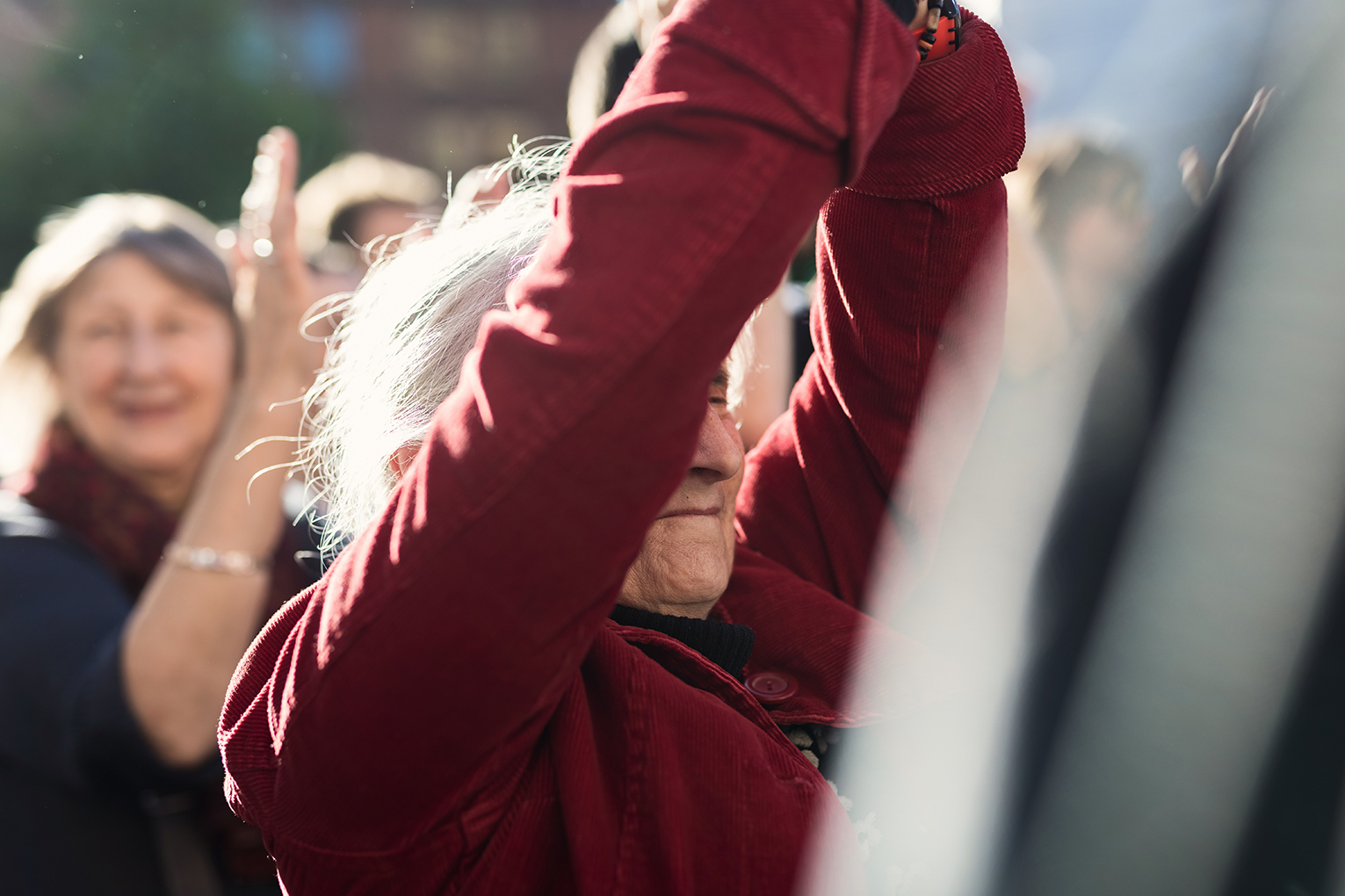 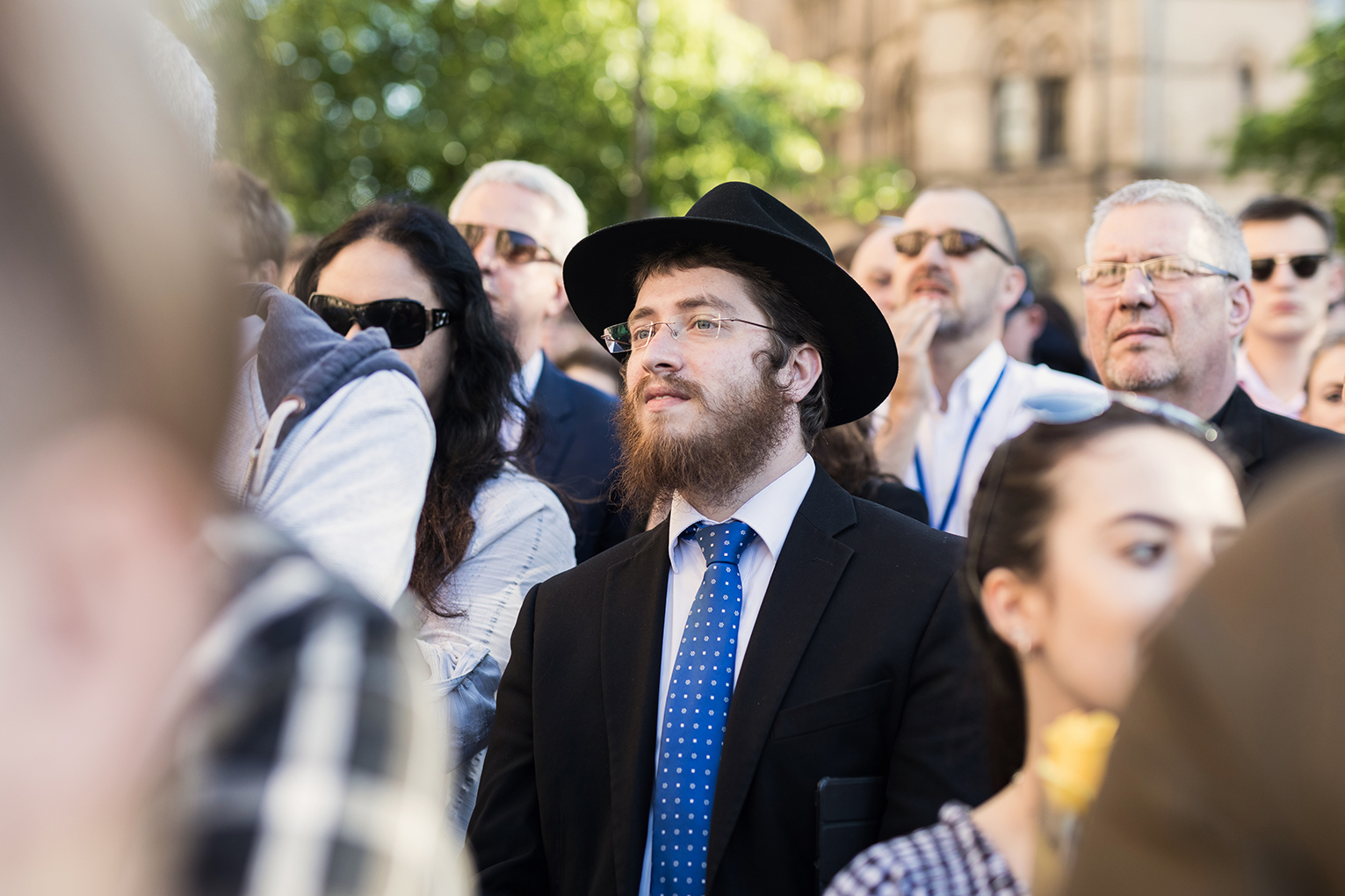 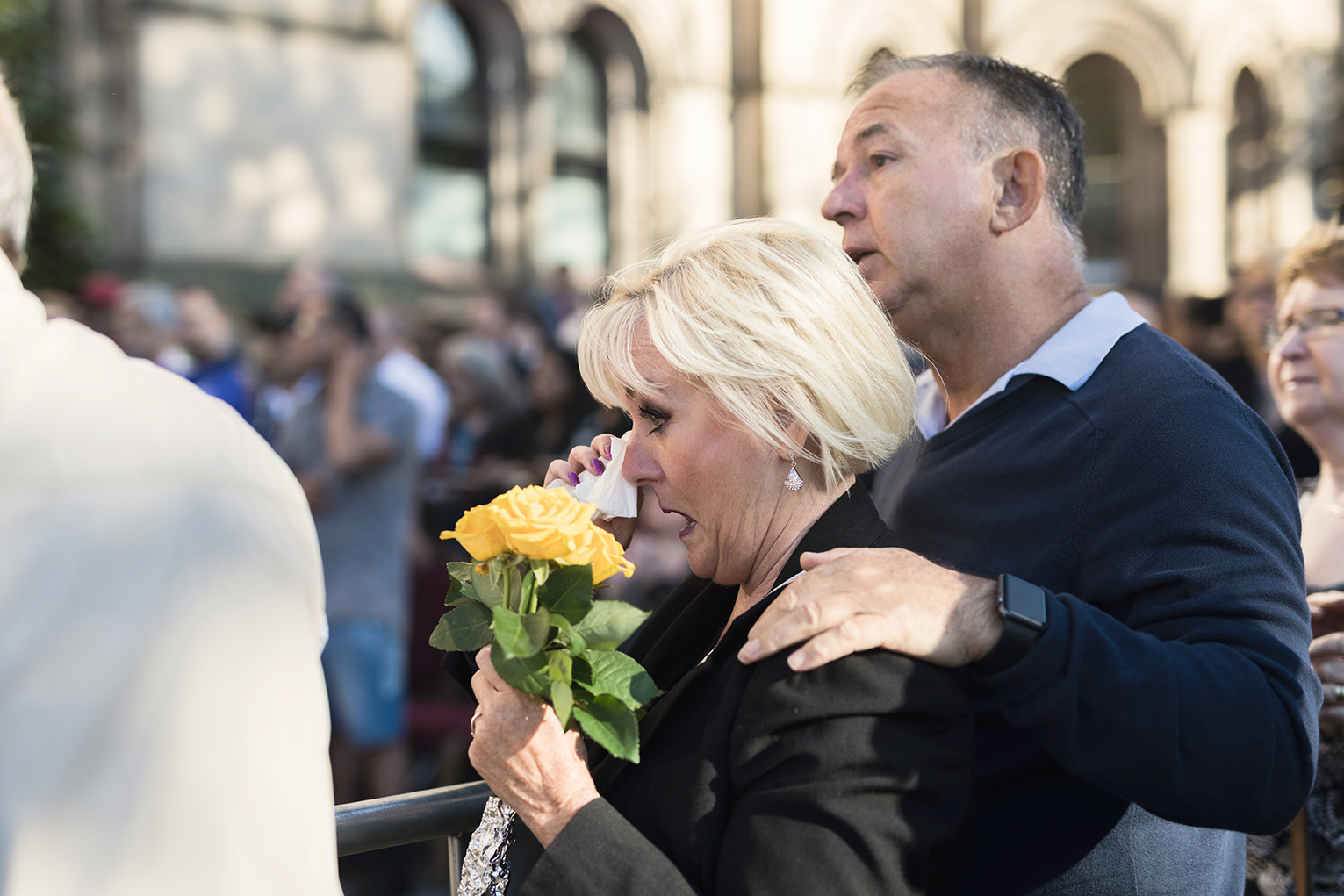 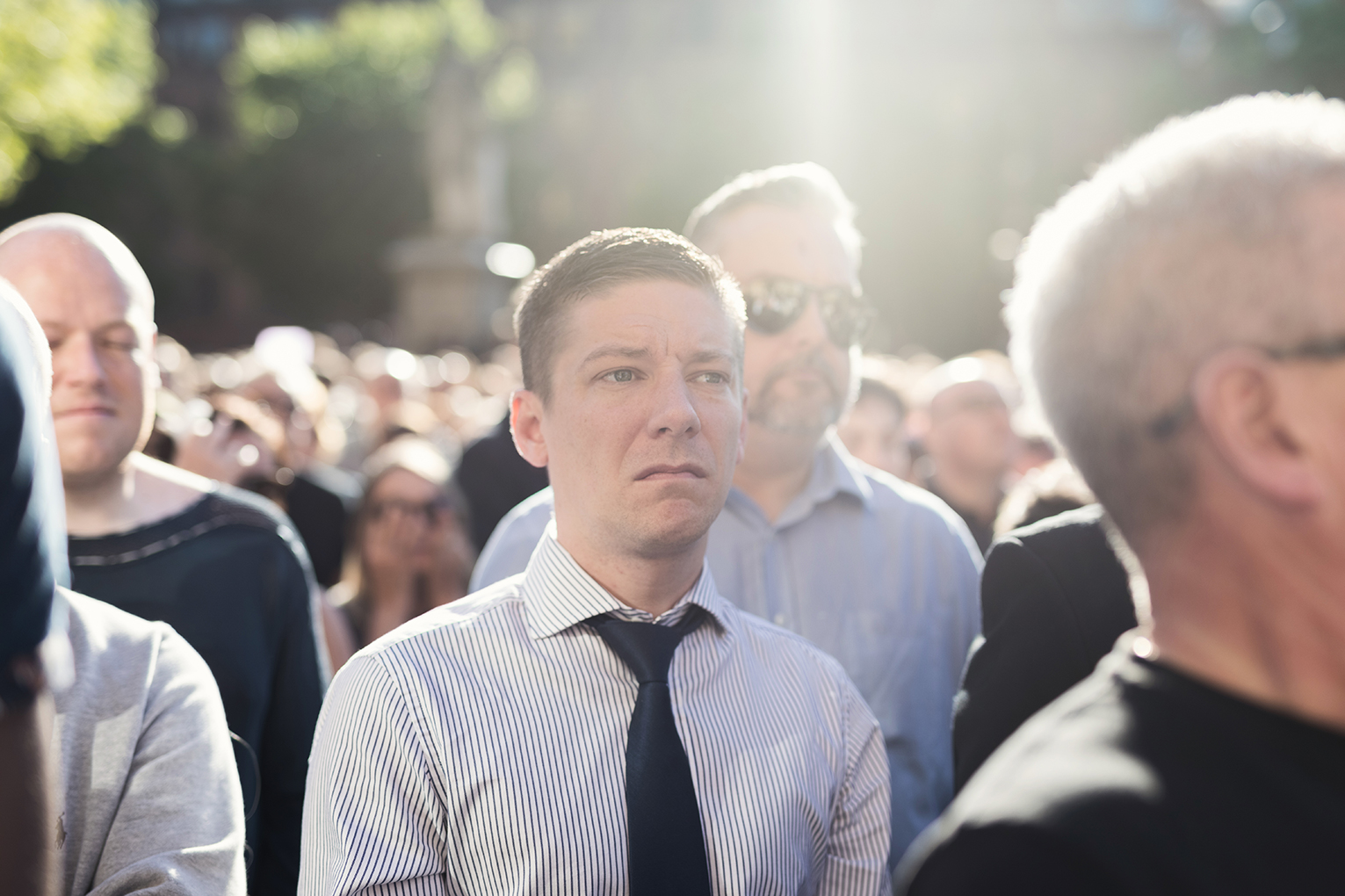 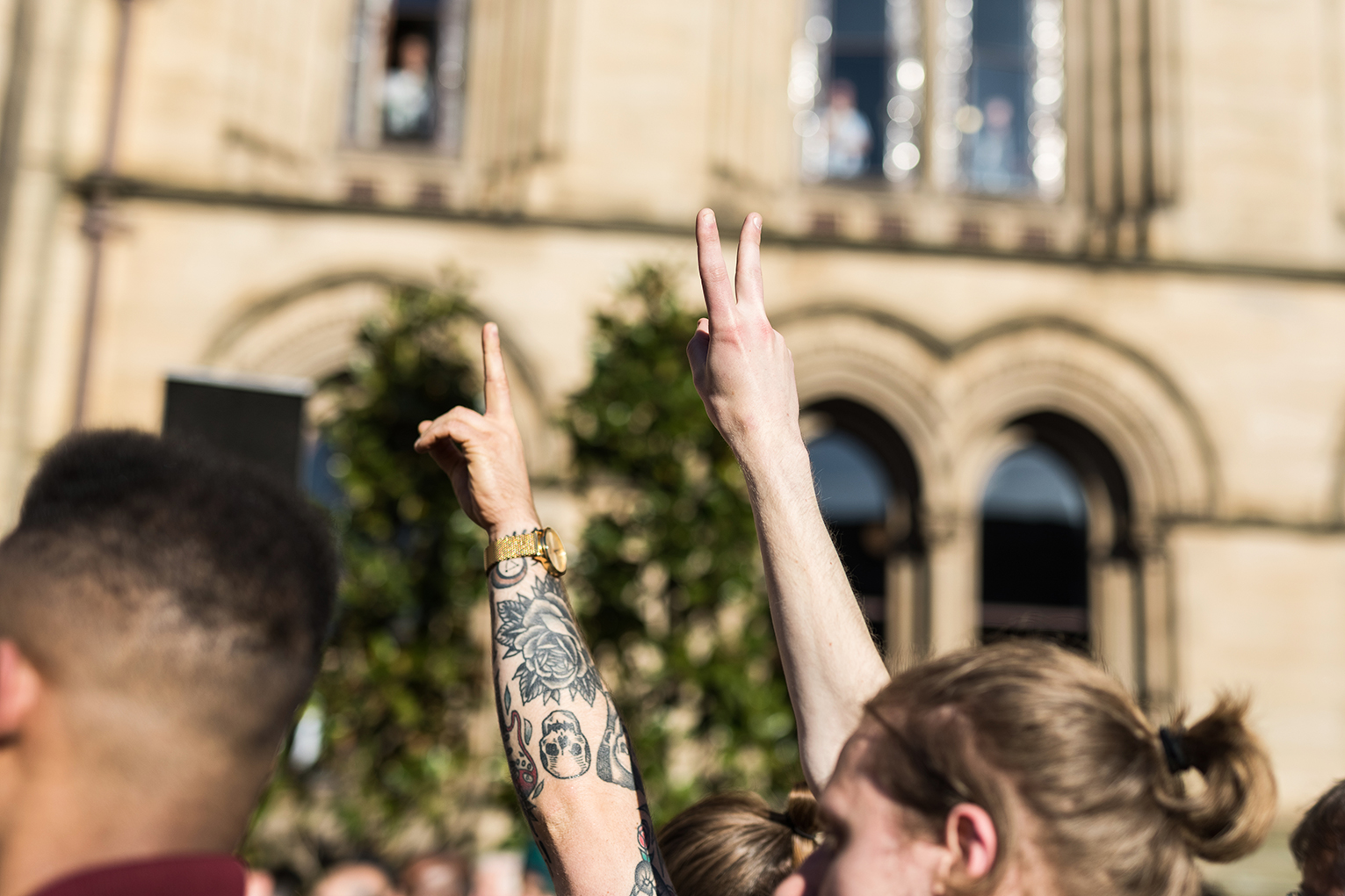 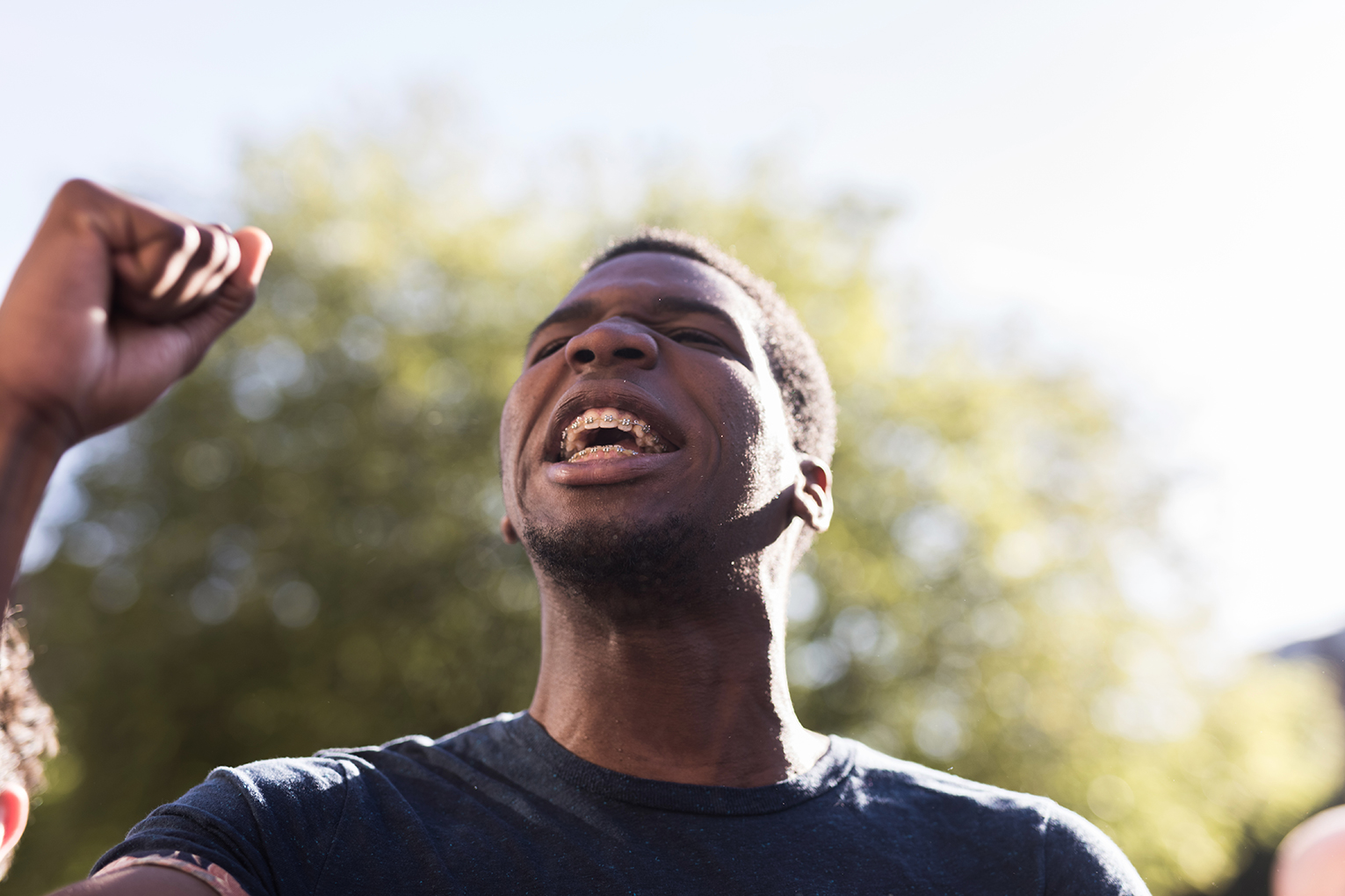 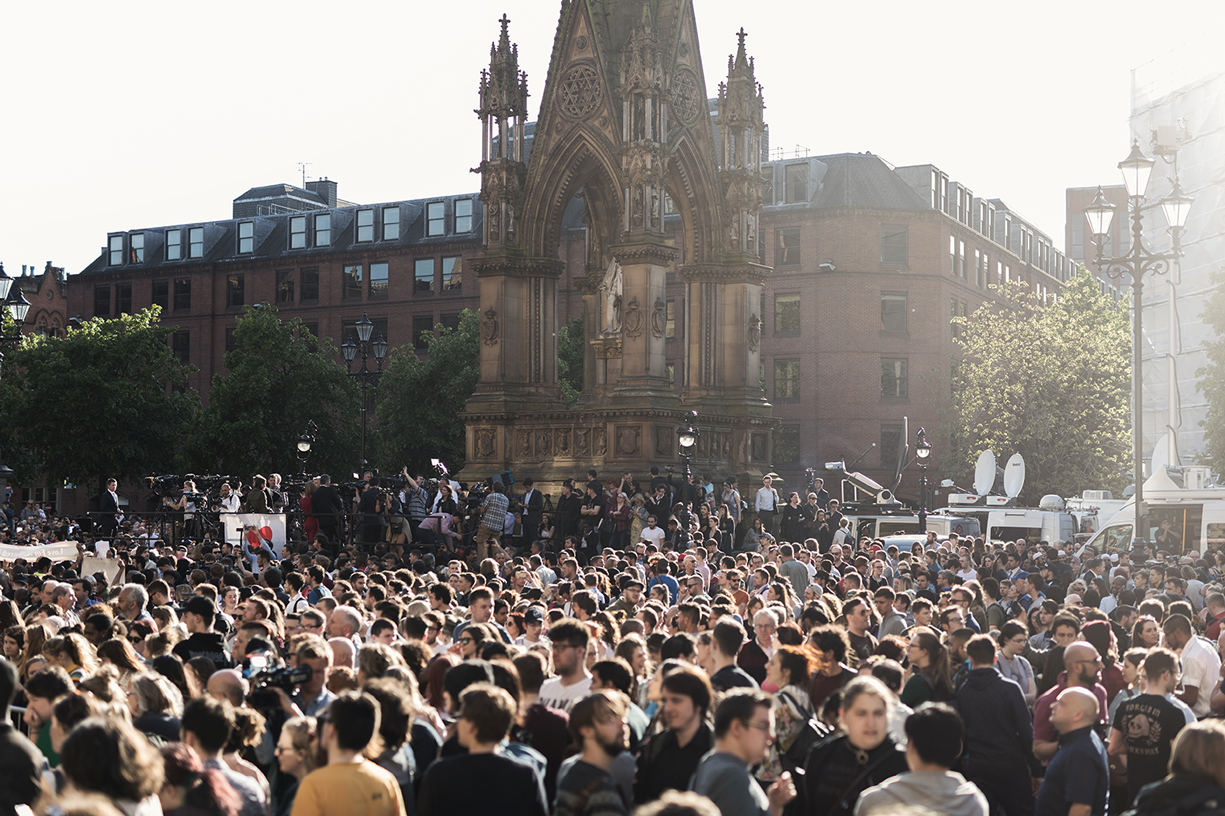 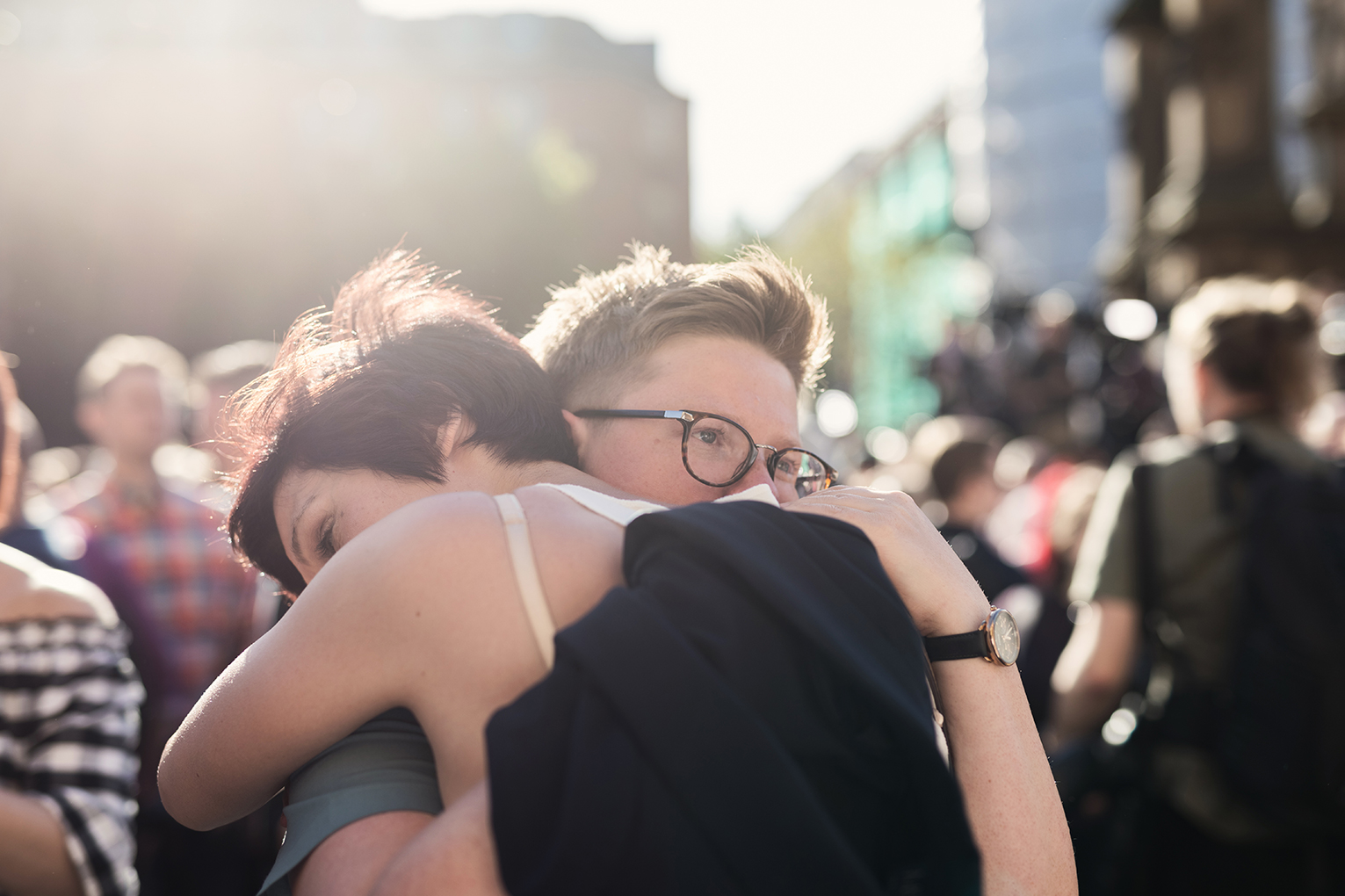 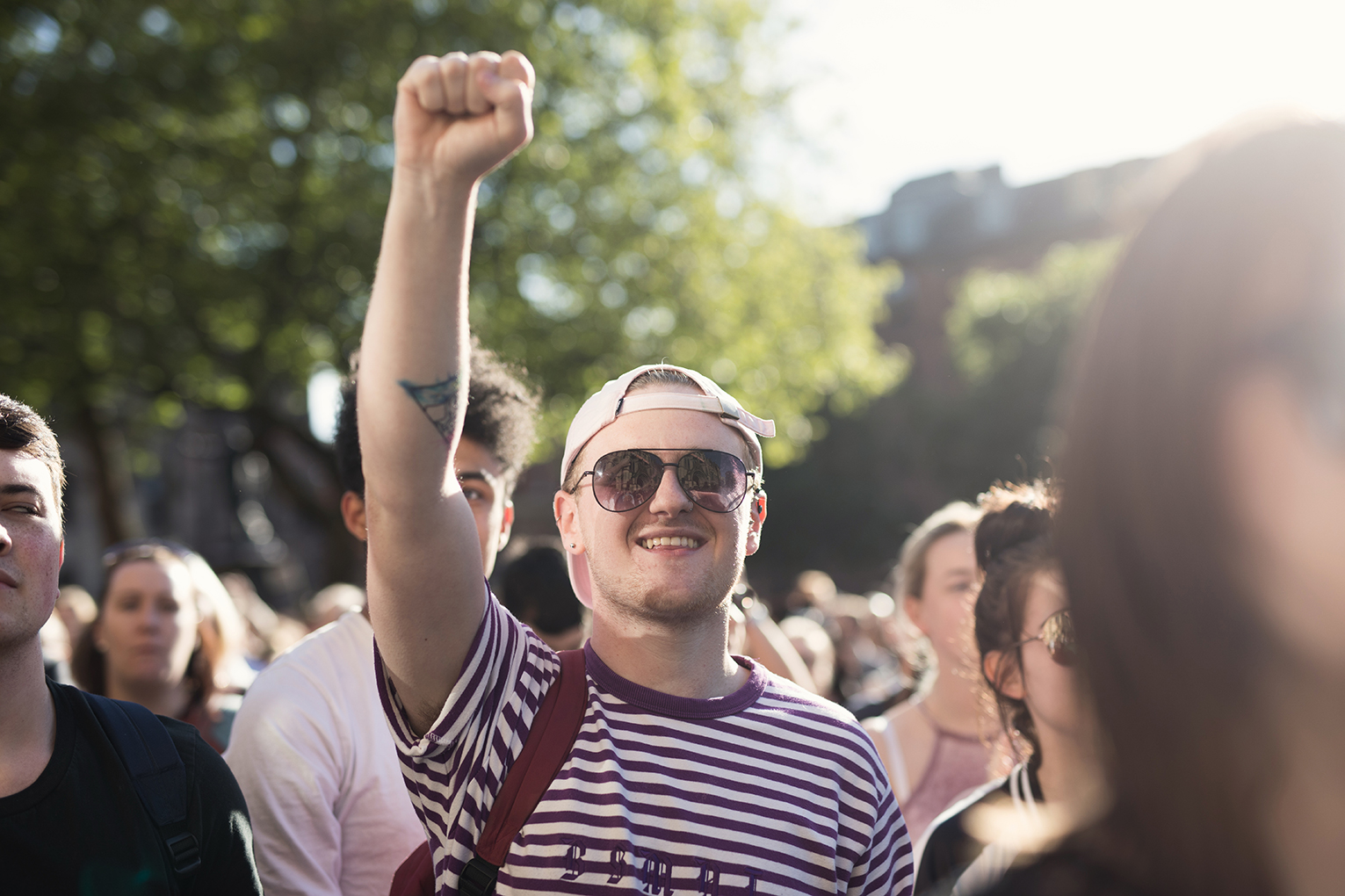 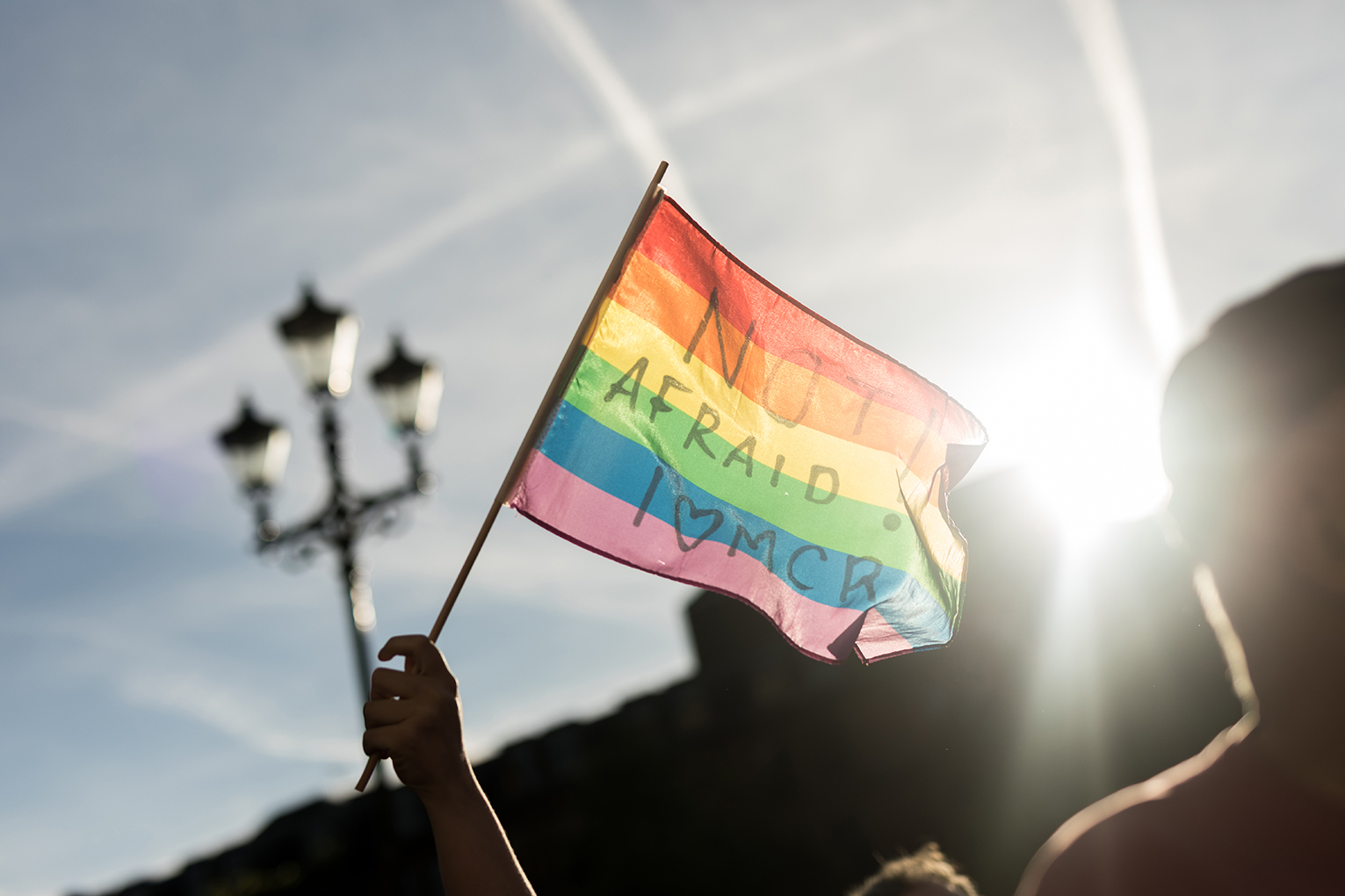 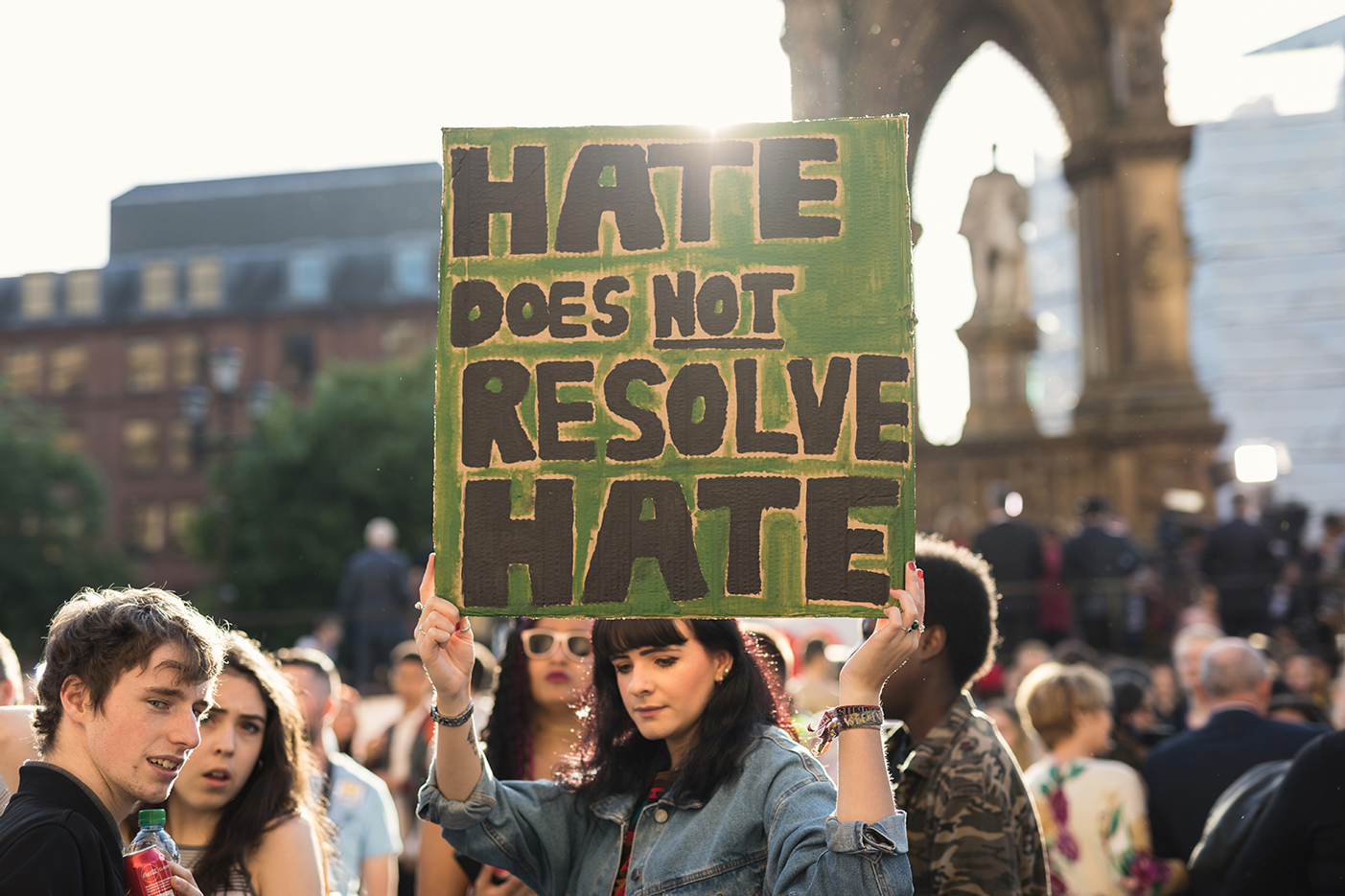 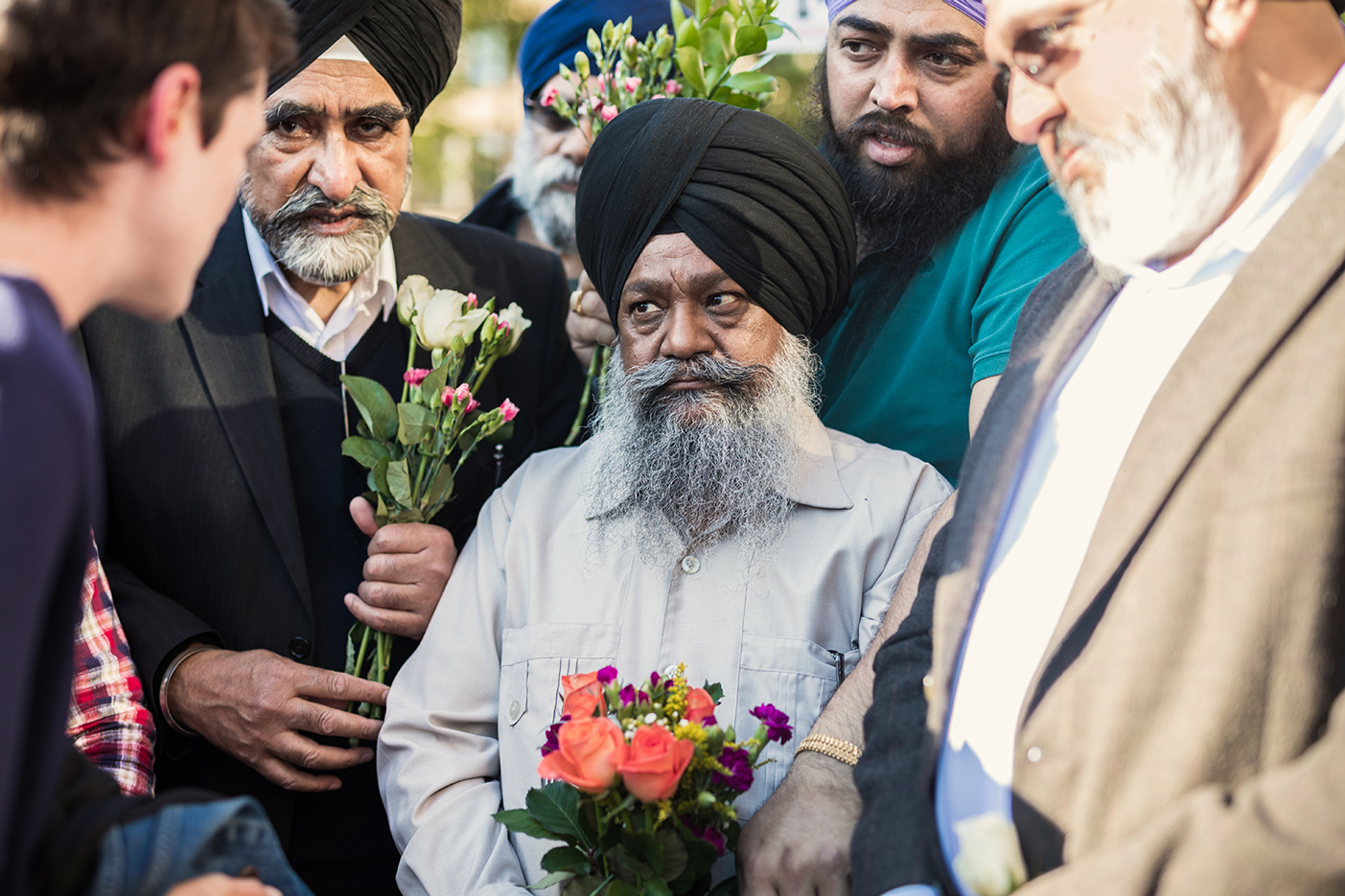 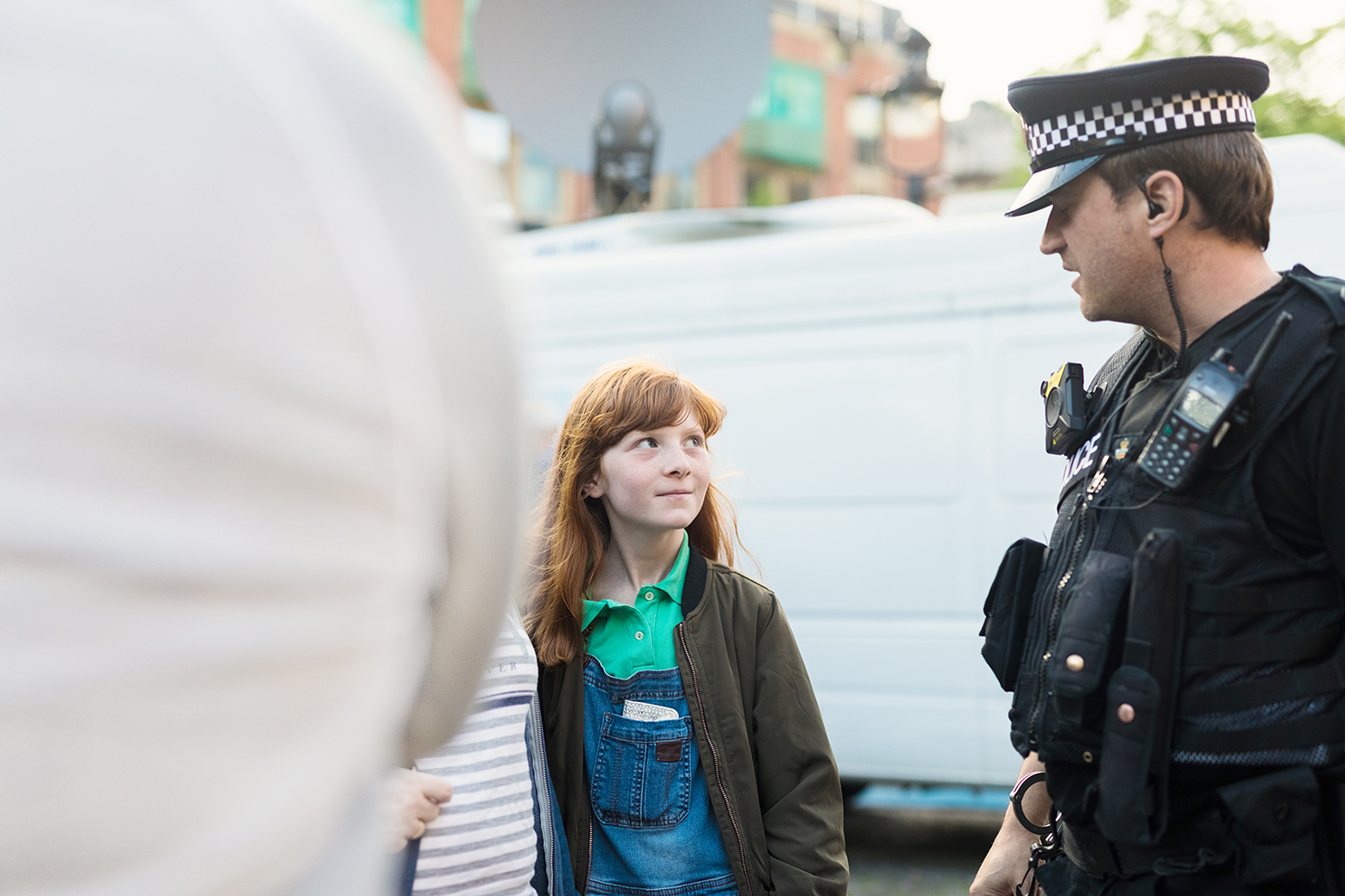 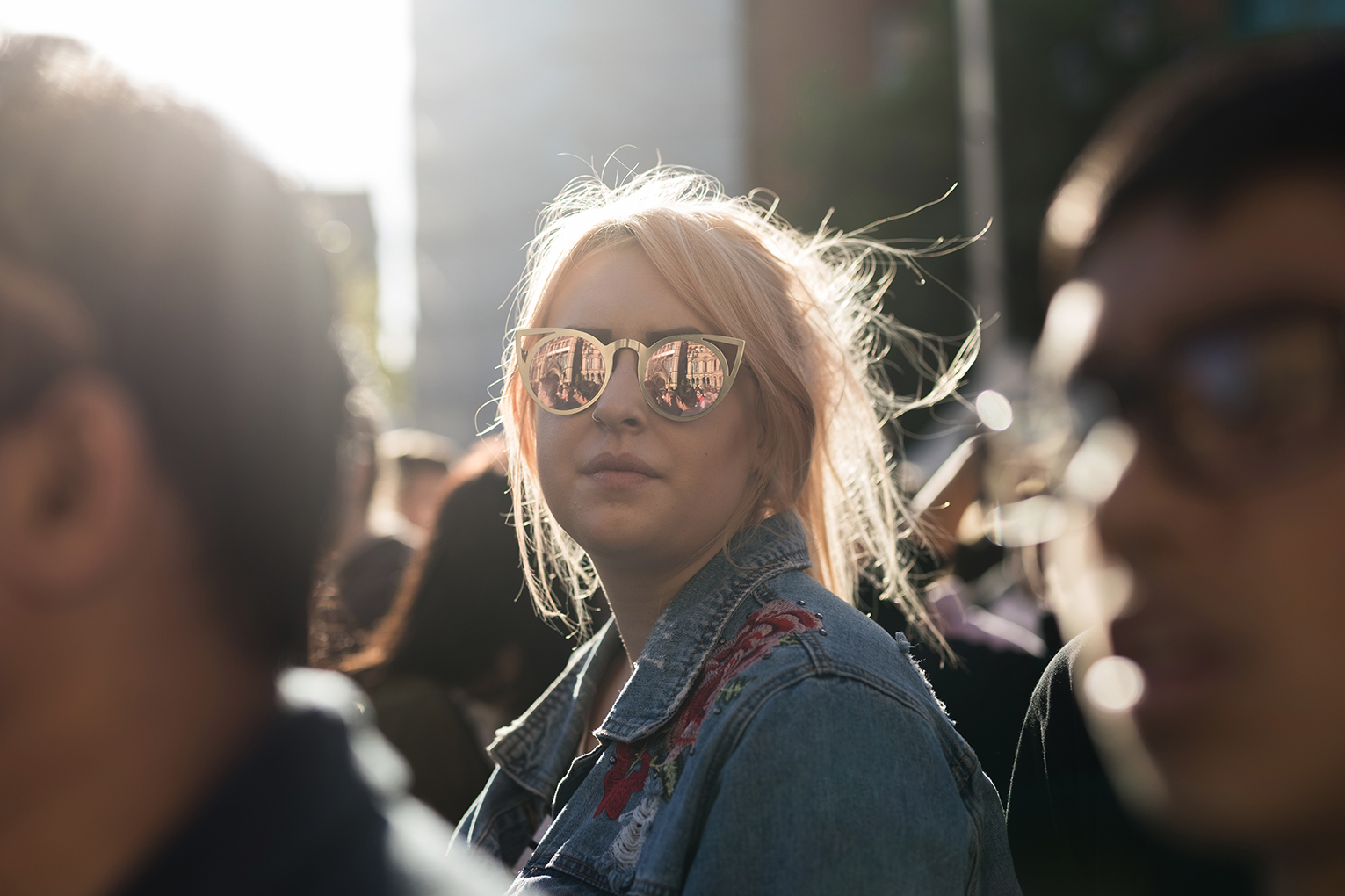 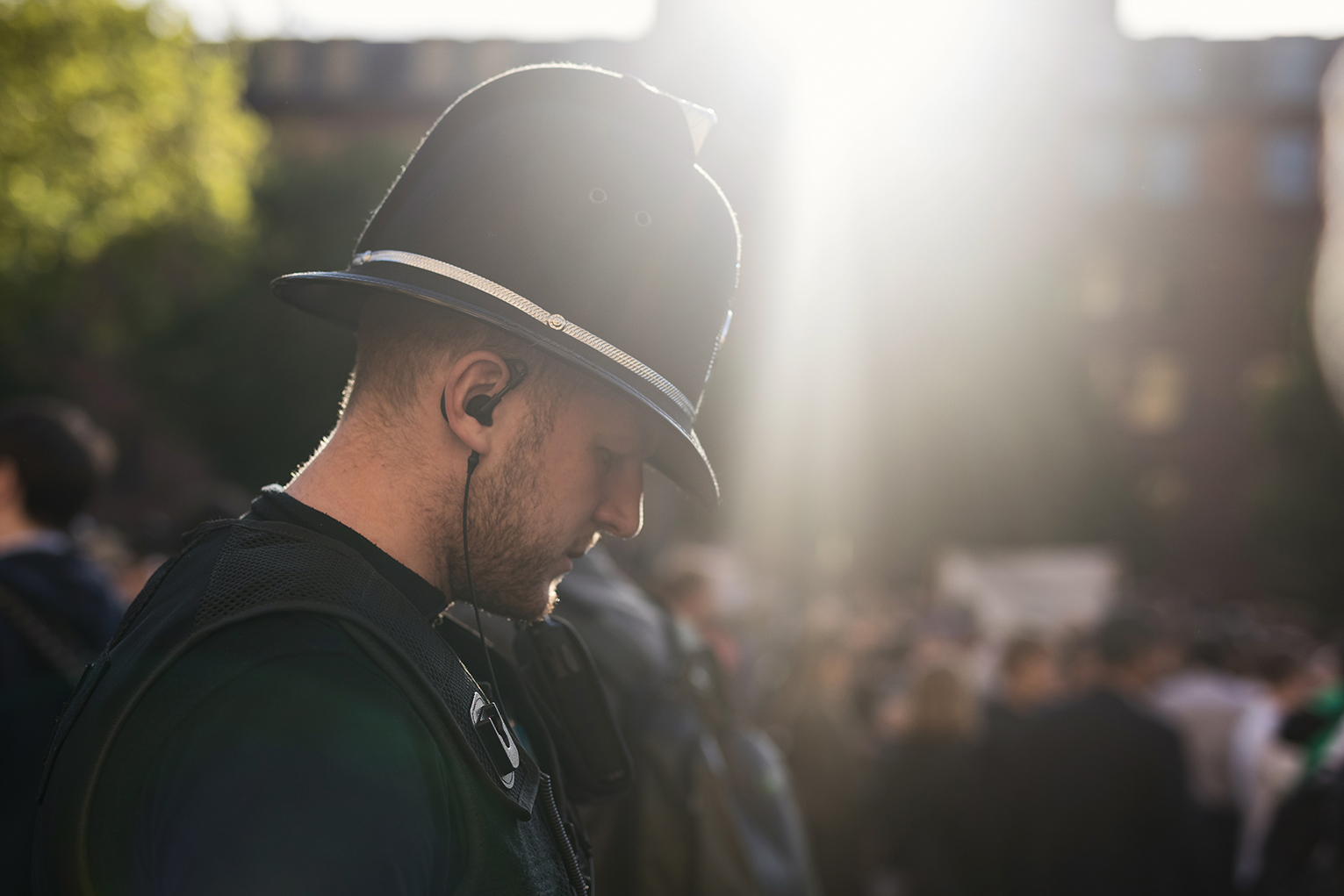 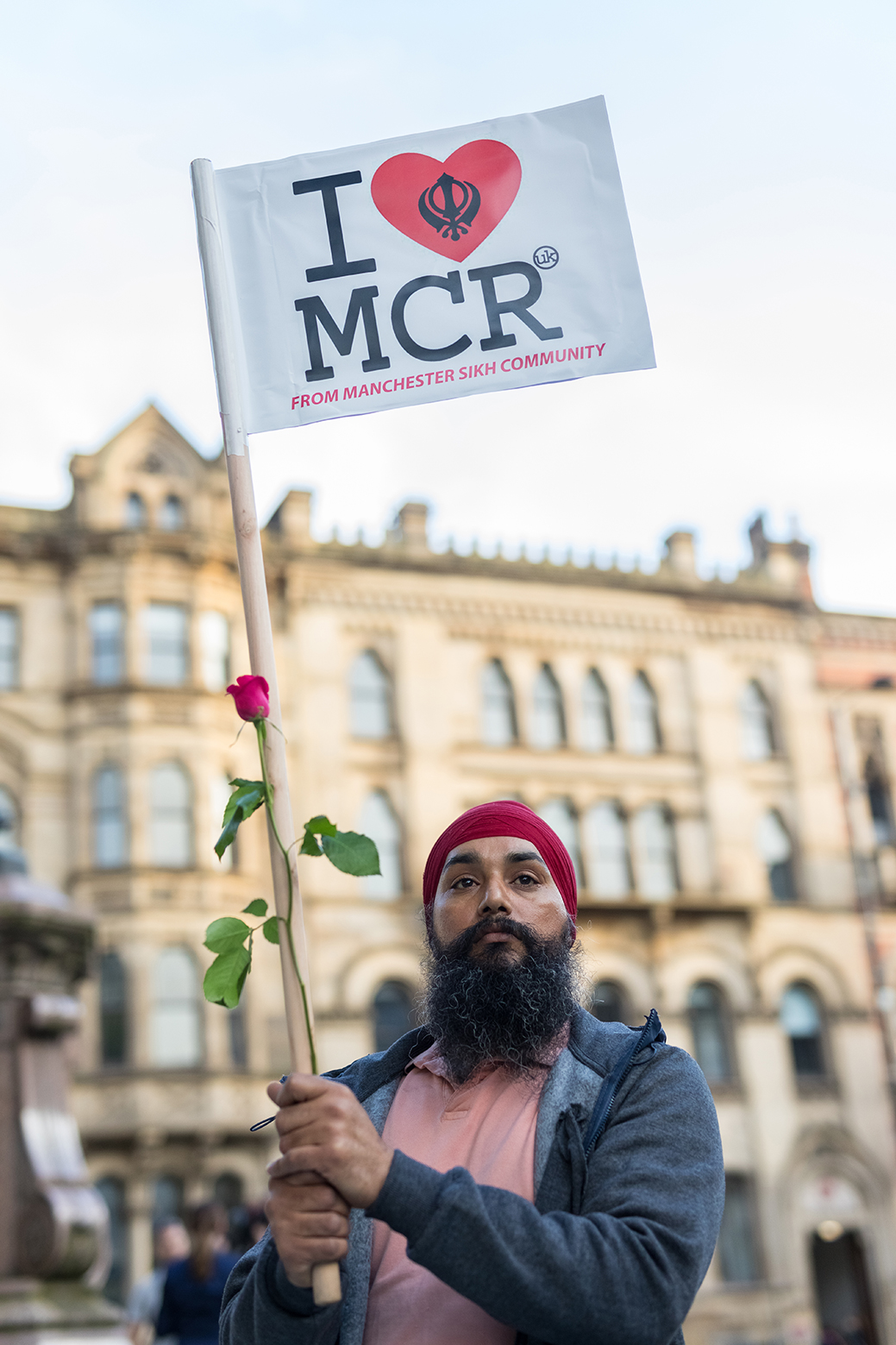 Linkedin
RELATED ARTICLES
OTHER ARTICLES
AI companies that develop image-generators using copyrighted artwork from the internet are coming under fire from artists who say that it amounts to theft.
A new exhibitions brings together the work of photographers who documented the deep unrest of these pivotal decades.
Activists and campaigners are fighting back against new laws that would seriously undermine the ability to take industrial action, calling it an attack on fundamental workers' rights.
Filmmaker Laura Poitras discusses her new documentary which traces the remarkable life of the artist-activist and the impact of her battle against the US opioid crisis.
At his West Bank restaurant, Fadi Kattan established himself as the voice of modern Palestinian cuisine. Now, he’s bringing his innovative, bold flavours to the UK’s capital.
Photographer Becky Tyrell went down to the fading banger and stock raceway to meet a community desperate to keep it alive.