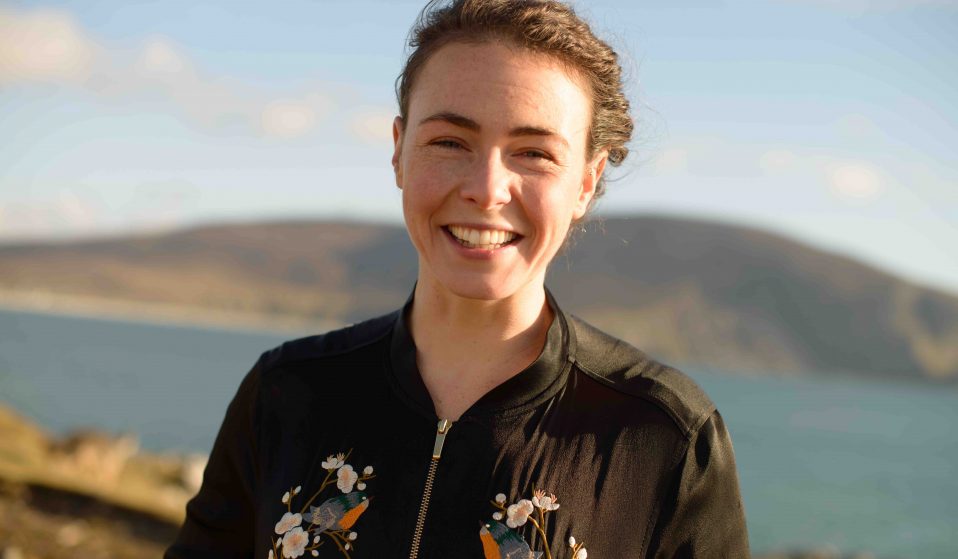 ‘There’s always something to fight for’: Ahead of this weekend’s general election, the Irish Green Party candidate lays out her bold vision for an anti-capitalist, eco-socialist future.

‘There’s always something to fight for’: Ahead of this weekend’s general election, the Irish Green Party candidate lays out her bold vision for an anti-capitalist, eco-socialist future.

Ever since the foundation of the Irish Free State in 1922, power has been juggled in Ireland between two parties who found themselves on opposing sides of the Irish Civil War: Fianna Fáil (who opposed the treaty that partitioned Ireland) and Fine Gael (who accepted the treaty on the grounds that it paved the way for reunification later down the line).

In the intervening century, these two austerity-obsessed centre-right parties have become indistinguishable from one another. But an upcoming election on February 8 may, for the very first time in its history, usher in a new era of politics where the old civil war parties – ideologically wedded to property developers, landlords, tax loopholes, tech corporations and vulture funds — no longer have such a stranglehold on election results.

A Fine Gael minority government propped up by Fianna Fáil came under intense pressure over the past year. They failed spectacularly to deal with a housing crisis, record-breaking homelessness, rising inequality, an ailing health service (HSE) and a troublingly carceral system for processing asylum seekers (Direct Provision), forcing Irish voters to question the status quo more than ever before.

The electoral annihilation in 2016 of Labour, once the country’s third-largest party, came due to the party’s role in a coalition government that implemented cruel austerity cuts. But credible alternatives have finally emerged. Recent polls have suggested a leftward surge in support for the progressive platform of Sinn Féin, particularly among young voters, who are as politicised as ever as they navigate a demoralising rental market and witness child poverty and homelessness figures spiral. They’re also mobilised – this election comes in the wake of two momentous social changes they helped bring about: the referendum in 2015 which legalised same-sex marriage, and when the near-total ban on abortion was overturned by a landslide in another vote in 2018.

There is a sense among young Irish people that a long-term political realignment is possible. A coalition of the left-leaning parties – Sinn Féin, Labour, Social Democrats, Green Party, Solidarity-People Before Profit and some independents – has been touted in recent weeks. Their combined support in recent polls is, after all, at its highest ever, suggesting Fine Gael and Fianna Fáil’s political duopoly is weakening. Irrespective of Saturday’s results, though, the political centre in Ireland is on the verge of collapsing. 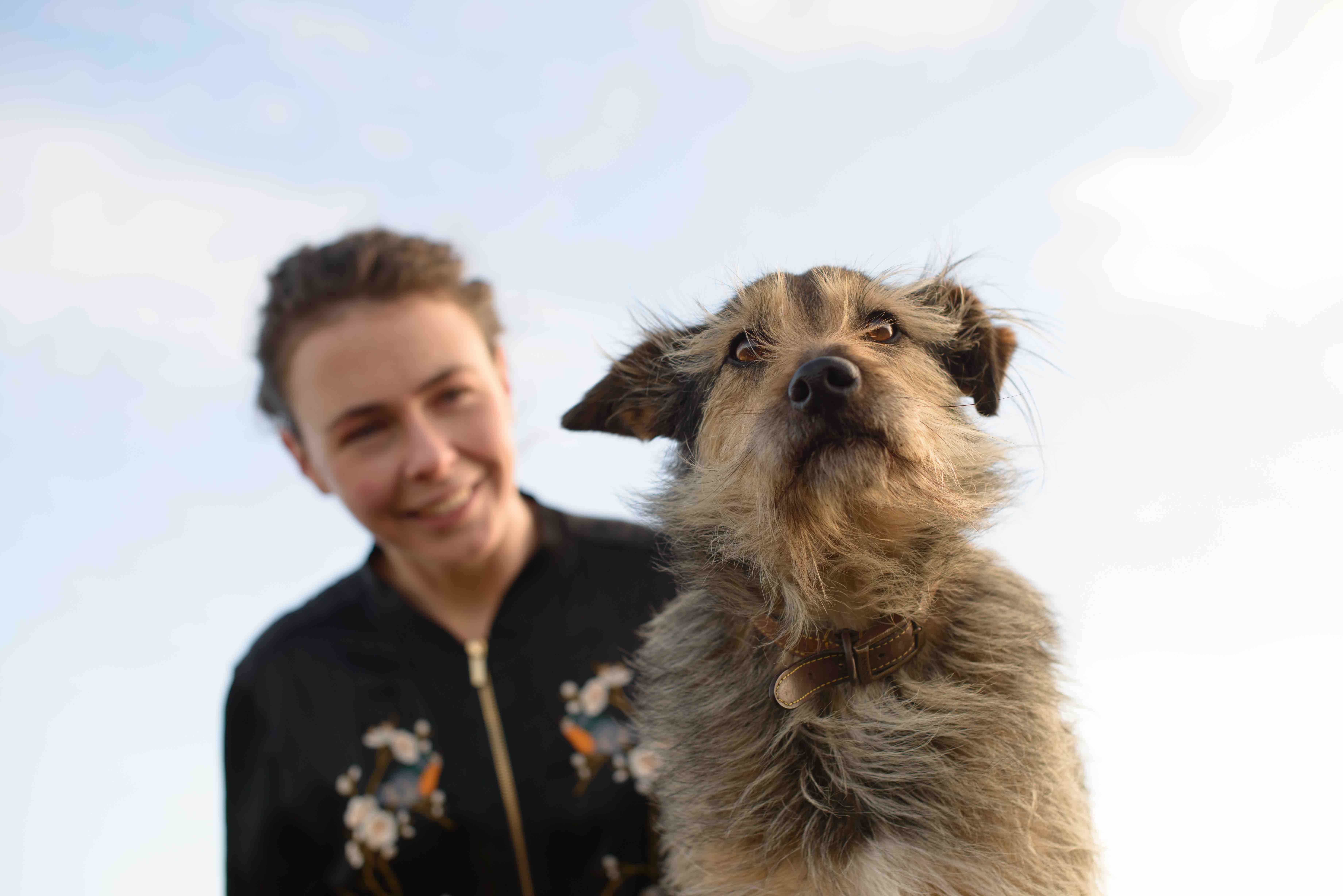 One of the rising stars on the Irish Left hoping to capitalise on political disillusionment is the fresh-faced Green Party candidate Saoirse McHugh, an unabashed eco-socialist from rural Ireland who has vowed to never go into coalition with Fine Gael or Fianna Fáil. She has even criticised her own party’s past record (the Greens played a role in the disastrous coalition with Fianna Fáil between 2007 and 2011 when the recession hit), as well as some of their current flagship policies. (“A carbon tax isn’t going to nudge you anywhere except to turn off the light and turn off the heat and sit in the cold.”)

Last year, the 29-year-old secured 51,000 first-preference votes in European Parliament elections in the Midlands-North-West constituency, her platform of rural rejuvenation and radical climate change action resonating with people across the country. Having worked for years with not-for-profit agricultural groups, she found herself deeply frustrated by the lack of political will to enact broad environmental legislation.

Eamon Ryan, the leader of the Green Party, encouraged the straight-talking environmentalist to consider running for office after she spent years pressing him and other politicians on policy proposals. And so later this week, the Achill Island native is hoping to upend expectations in a four-seat Mayo constituency – a traditional Fine Gael stronghold and one of the most conservative counties in Ireland – to enter Ireland’s parliament, Dáil Éireann, as a TD (Teachta Dála).

For many people, this election is an opportunity for a genuine break with the neoliberal economic order that has permeated Irish life for so long. In a wide-spanning interview, McHugh lays out her vision of devolving political power to local communities, diagnoses why she thinks Ireland has been governed for decades by conservative careerists, and laments inequality, inaction on climate change and the country’s reputation as a tax haven.

With a very hazy understanding of the political hegemony there, some global progressives look to Ireland as a country doing something right: the abortion referendum, marriage equality, initially leading the way on trans rights, seemingly inoculated from the rising threat of the far-right, a generally positive place to live. But there are many grave domestic problems hidden beneath layers of spin and Tourism Ireland marketing.
Our lack of meaningful action on climate change, our homelessness, and so many of our other problems, come from this deep-rooted prioritisation of profit. Our healthcare system is in a pretty dire state, too. We have Direct Provision in this country, which has been going on for 20-odd years now. That’s a pretty horrific system. Those four issues are really problematic but at the root of them all how we value people and communities less than we value profit.

Did you see that Ireland has the fifth-largest number of billionaires per capita in the world, meaning there are now 17 Irish billionaires?
It’s sickening to know that when there are so many people who are so badly off. We have loads of money in this country: it’s just not in the right place.

Our banks, which we bailed out, don’t pay a single cent tax on profit

There’s loads of money, but our gov serves lobbyists

You led an attempt to force the Greens to adopt an official “anti-capitalist stance” at a party conference last year. How strong do you think anti-capitalist sentiment is in Ireland today?
Well, everyone on my Twitter is super anti-capitalist, sharpening their guillotines. But we don’t really talk about capitalism at all, so the language around it can be quite strange for people to talk about. I’ve found that most people recognise that we need to value people above profits. Most do not agree with the privatisation of public wealth; they don’t agree that the rights of landlords to charge extortionate rent, and hoard empty buildings while people are homeless, should trump the rights of people to a home. Maybe people [in Ireland] would be reluctant to say they’re anti-capitalists – but I think it’s quite a natural way of thinking because it appeals to our basic humanity.

Ireland is an unapologetic tax haven which increasingly relies on tech companies and large multinationals basing their headquarters there, who siphon profits back to the US and elsewhere. How can the country break with this toxic relationship going forward?
If we could make one change in Ireland, that would have the largest knock-on effects globally in terms of environmentalism, I think its probably us stopping ourselves being used as a conduit country for tax evasion. If you look at the taxable profits that are hidden here, so many of them are from companies that have massive environmental footprints. I don’t think we can carry on pretending that it’s a victimless win for us [having tech companies based here] because it’s akin to stealing from other countries hospitals, infrastructures and environmental schemes.

We can’t keep facilitating these companies, who have total free will in Ireland. Creating an economy that is totally dependant on a few companies is crazy. I know a lot of people like to pretend that they’re steely-eyed pragmatists, saying, ‘Oh, you can’t tax them or they’ll leave and that’s reckless’. In reality, the real recklessness is letting ourselves become so dependent on them. They could just leave at any time and there’s nothing stopping another country doing it better than us.

What’s at stake in this election, then?
It represents a real chance – maybe the best chance we’ve had in 100 years — for the vast majority of TDs to not be of the two major centre-right parties. It’s crucial that we solidify a left tilt in the electorate.

The far-right is probably the most organised I’ve ever seen them – and an imported far-right ideology is being represented in this election. There are candidates in this election who are looking to benefit from the share of the centre-right parties being reduced, and it’ll be vital to not allow them to gain a foot`hold. In terms of environmentalism, if we have another push towards the intensification of large agri-business, dragging our heels on all kinds of climate action, we’ll be in a far worse environmental and economic position. Later down the line, changes would have to be far more drastic. 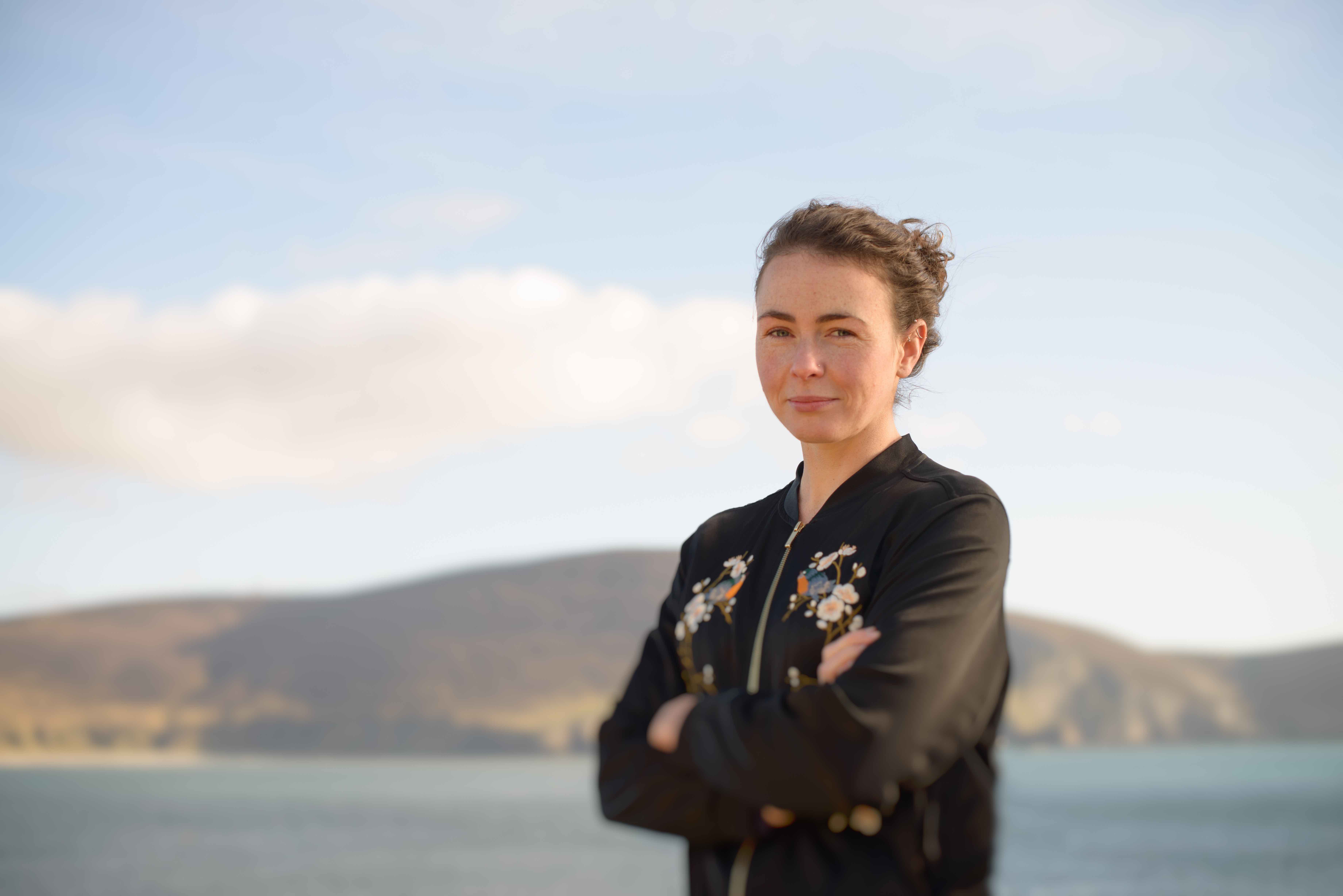 There’s something strange about the Irish psyche when it comes to politics. In my mind, a general strike – or some large-scale strike across private and public sectors – seems like an impossibility. People are largely content dealing with hyper-local issues, but when it comes to matters of national and international significance, they’re not very inclined to think or vote radically.
I’ve always wondered about that because I regularly slip striking into conversations. What is different about the Irish is that we seem so meh. There’s also the fact that most of our recent strikes have had to comply with the 1990 Industrial Relations Act, where it says strikes cannot be started for political reasons, for example. Surely the whole point of a strike is that you’re taking the power. I’m always wary of saying that Irish people are like this, though. Wasn’t it Yeats, a few years before the 1916 Rising, that said, ‘Romantic Ireland’s dead and gone’?

It was, I think. I don’t want to sound too fatalistic, but do you think the planet has already begun death-spiralling and that incrementalism, as well as outright inaction, mean it is already too late?
I am hopeful that people will, eventually, get fully on-board with the urgency for climate action, but I do think it will be too late for a lot of species and for global temperature increases. But there won’t be one cut-off-point when we’ll say that we failed — there will always be something to fight for. I try not to dwell too much on species loss, and oceans warming, because we’ve already lost so much. It would be foolish to allow myself to get down. There’s still so much we can save.

Do you intend to approach our crumbling economic and political systems with this attitude, too?
I was at a talk in Belfast recently, and Martina Anderson [Sinn Féin MEP] was on a panel talking about the Kurdish hunger strikes, comparing them to the Irish hunger strikes. And she said, ‘You struggle until you die’. At first, I was like, ‘Jesus, that is an awful thing to say’. But there is some solace in that — there’s always something to fight for.

Linkedin
RELATED ARTICLES
OTHER ARTICLES
In the latest instalment of Photographers in Conversation, the creator talks portraiture, platforms and taking inspiration from Little Simz.
To mark the premiere of his new documentary on surfing giant Gerry Lopez, the filmmaker and former pro skateboarder sits down to share his unique brand of wisdom.
Photojournalist Fiora Garenzi spoke with people still living in Eastern Ukraine, an area which seen some of the heaviest fighting since the war began.
As the Criminal Bar Association enters its fifth week of action, criminal barrister Russel Fraser explains why the legal professionals have walked out and how action is likely to escalate.
Photographer Bud Glick recounts documenting everyday life in the area, and what it taught him about the Chinese immigrant experience.
Protestors gathered outside Downing Street following the latest atrocities committed by Israel against Palestinians living in the besieged strip.