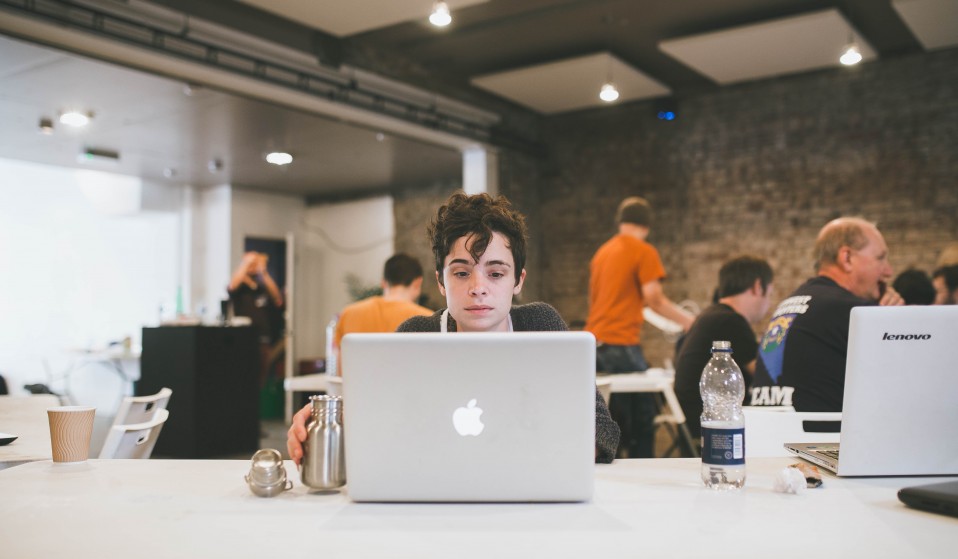 This weekend, Momentum held its first hackathon in London, kicking off a digital revolution that could change British politics for good.

This weekend, grassroots campaign group Momentum held its first hackathon in East London, kicking off a digital revolution that could change British politics for good.

Pollsters and politicos alike are still trying desperately to unpick the results of June’s general election. What was supposed to be a chance for Theresa May’s Conservative Party to tighten its stronghold on the nation instead marked the start of her demise. The offer of a radical, progressive platform from a renewed and rejuvenated Labour Party got the British public, and in particular our generation, excited.

But policy ideas and well-crafted speeches are just the tip of the iceberg when it comes to 21st century political campaigning – finding new and innovate ways to communicate, connect with and inspire into action an increasingly diverse electorate is key. Utilising technology is a must. 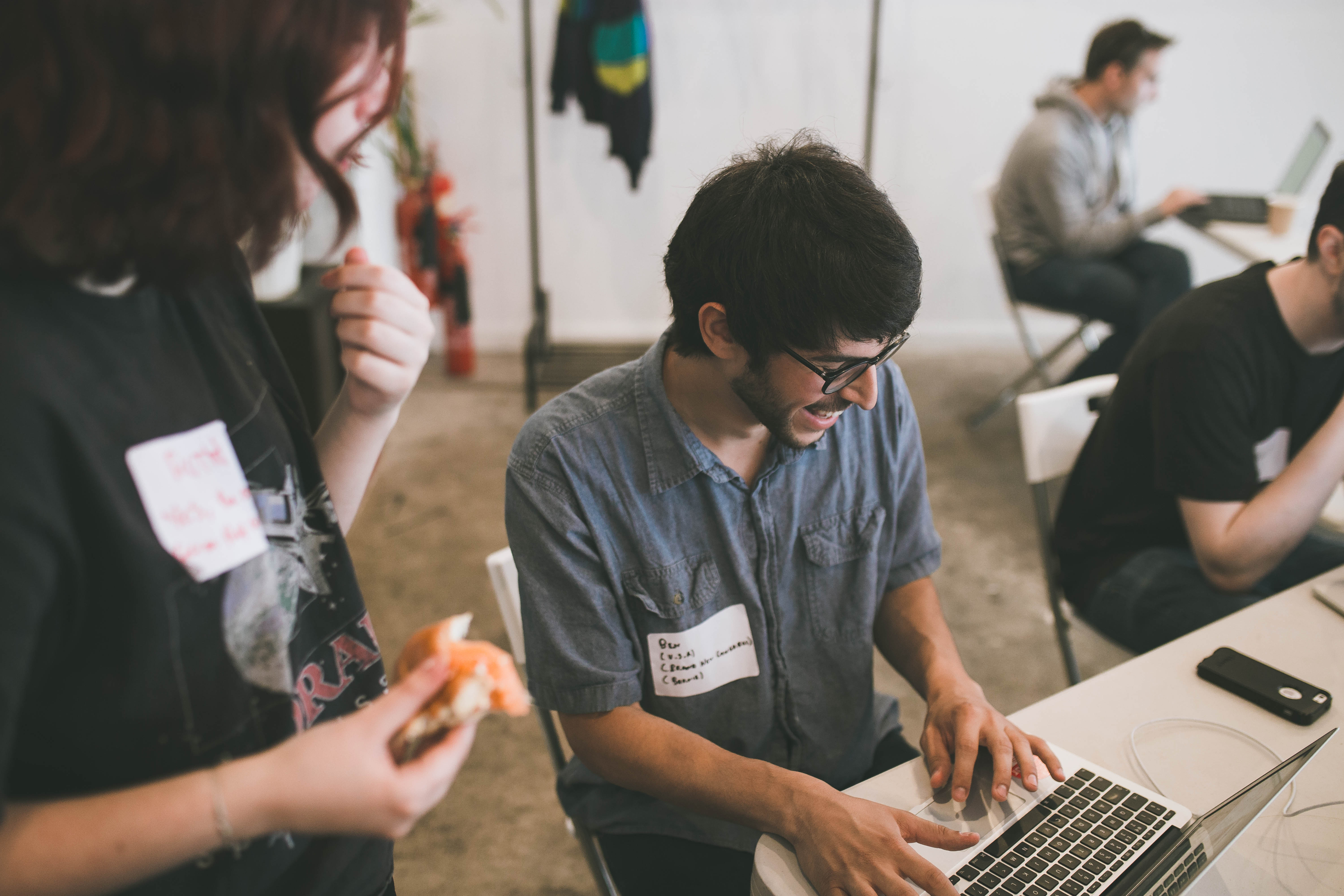 There’s no group who understand this more in Britain today than Momentum, a grassroots campaigning network with over 23,000 active members dedicated to supporting Jeremy Corbyn’s Labour party. Developed in the months following Jezza’s first Labour leadership contest back in 2015, Momentum is putting talk of social movement politics into action – democratic structures and a thirst to decentralise their campaigns means giving their members the power to dictate their own direction.

And fundamental to the group, even in its early stages, has been technology. During the general election campaign their MyNearestMarginal site made canvassing more accessible than ever for experienced and novice campaigners alike – lift-shares, timings and election data could be accessed in a simple, digestible form. It’s not groundbreaking technology, but it’s finely tuned with what their membership (and beyond) needed to succeed. And it worked – over 100,000 people used the site to get themselves out onto the campaign trail, people far beyond their membership were reached.

This weekend at Newspeak House in the heart of East London, Momentum held its first hackathon which was open to all. In keeping with Labour and Momentum’s plan to stay in election mode despite the last campaign being over (we haven’t really got a functioning government, so it does really make sense), coders and designers came together to sharpen their tools and plot for a more progressive future, at the launch of Momentum’s digital network. Over two days 60 hackers wielded their laptops and got to work, fixing existing infrastructure and laying the foundations of a digital revolution for the future too.

“The purpose is to create a digital infrastructure and to start to think about the tools we’ll need to win the next general election,” explains 25-year-old Joe Todd, who works on communications at Momentum’s London HQ. “It’s about changing the away Momentum does its digital work.” 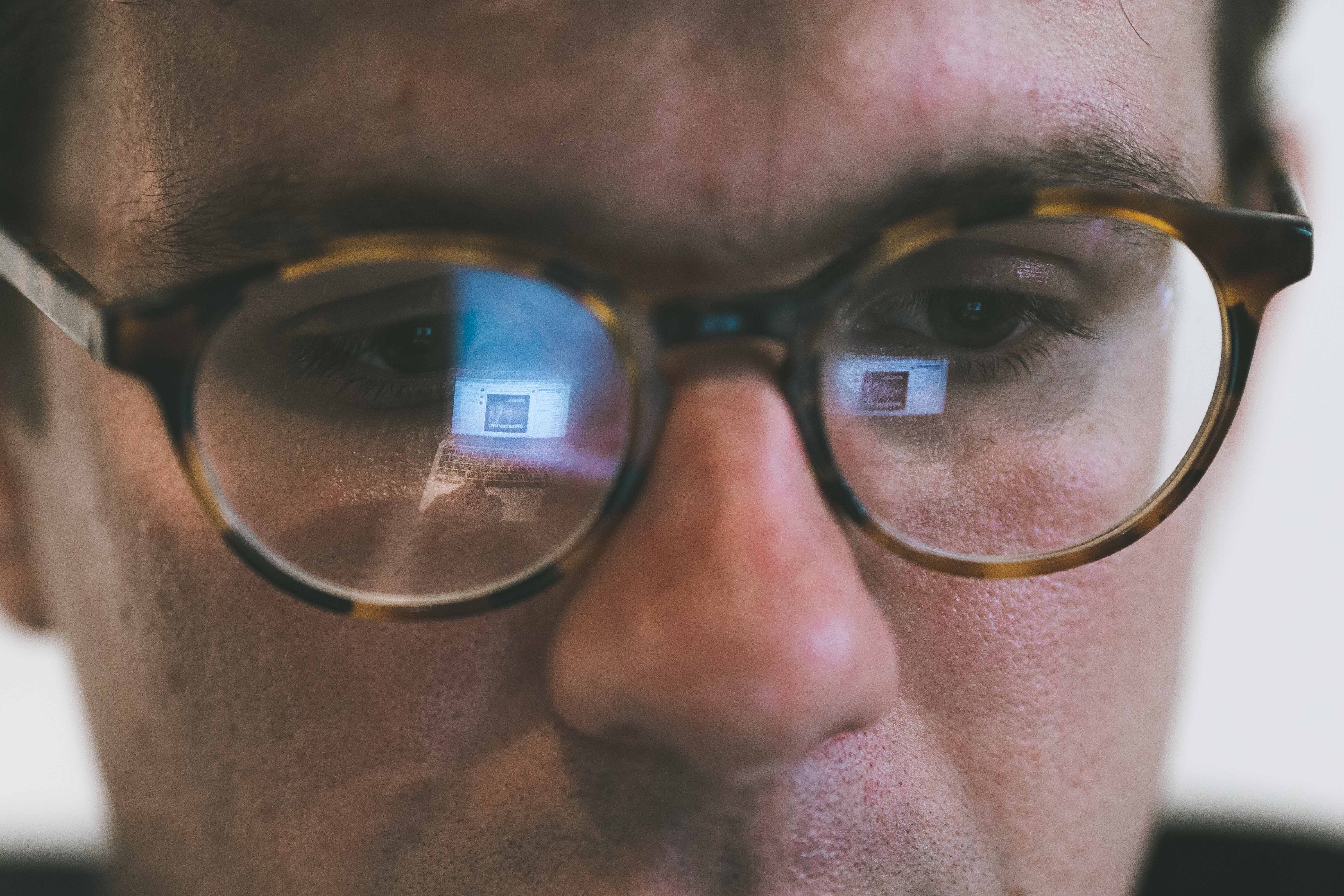 In the past they’d had volunteer coders, especially during the election campaign, but these were people based in their London office working tirelessly in a centralised operation. “What we learnt during the general election is if you get a big network of people doing shit across the country, and you manage it well, then your potential output both in terms of creativity and sheer volume is much higher.”

“The most important thing we did over this weekend wasn’t what we built or fixed, but it was coders and designers meeting each other.” As with all the grassroots activist groups that are bubbling away across the United Kingdom, Joe and his colleagues hope connections will be made so that work can carry on organically until the group once again meets.

The term ‘social movement’ gets thrown around fairly regularly, but all too often its a hollow, vapid phrase. But what Momentum are attempting to do with their digital network is exactly what a social movement should do. Each month the meetings will take place in a different, accessible location – providing those with a particular skill to use it in a productive, direct way.

“Not all expert coders want to sit in a long meeting talking about policy, they want to go out and fix, design and build. This is just one of the ways in which we are trying to facilitate that type of engagement.”

Beyond fixing up the Momentum website and tinkering with their database, this network of hackers are tasked with developing communication and infrastructure tools that’ll harness the power of their members and the wider public, but it’s not as if they’ll be starting from scratch.

During the general election Momentum were miles ahead of any other campaign groups – their use of WhatsApp on polling day just one example of many. “We used WhatsApp to create a viral message,” Joe continues. In short you’d receive a message from a mate saying something along the lines of ‘today is election day vote labour vote Corbyn, if you want to send on this message click this link’. 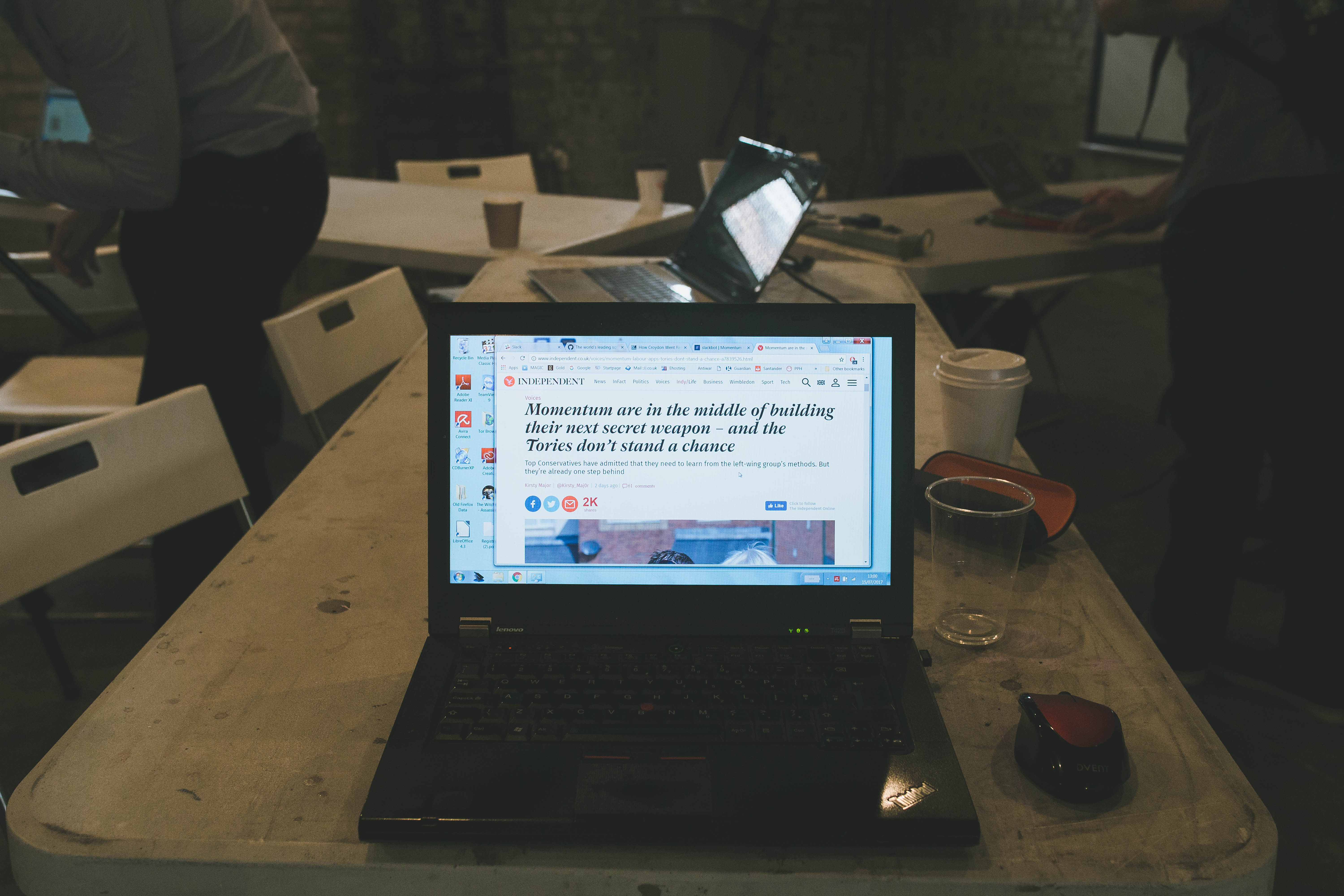 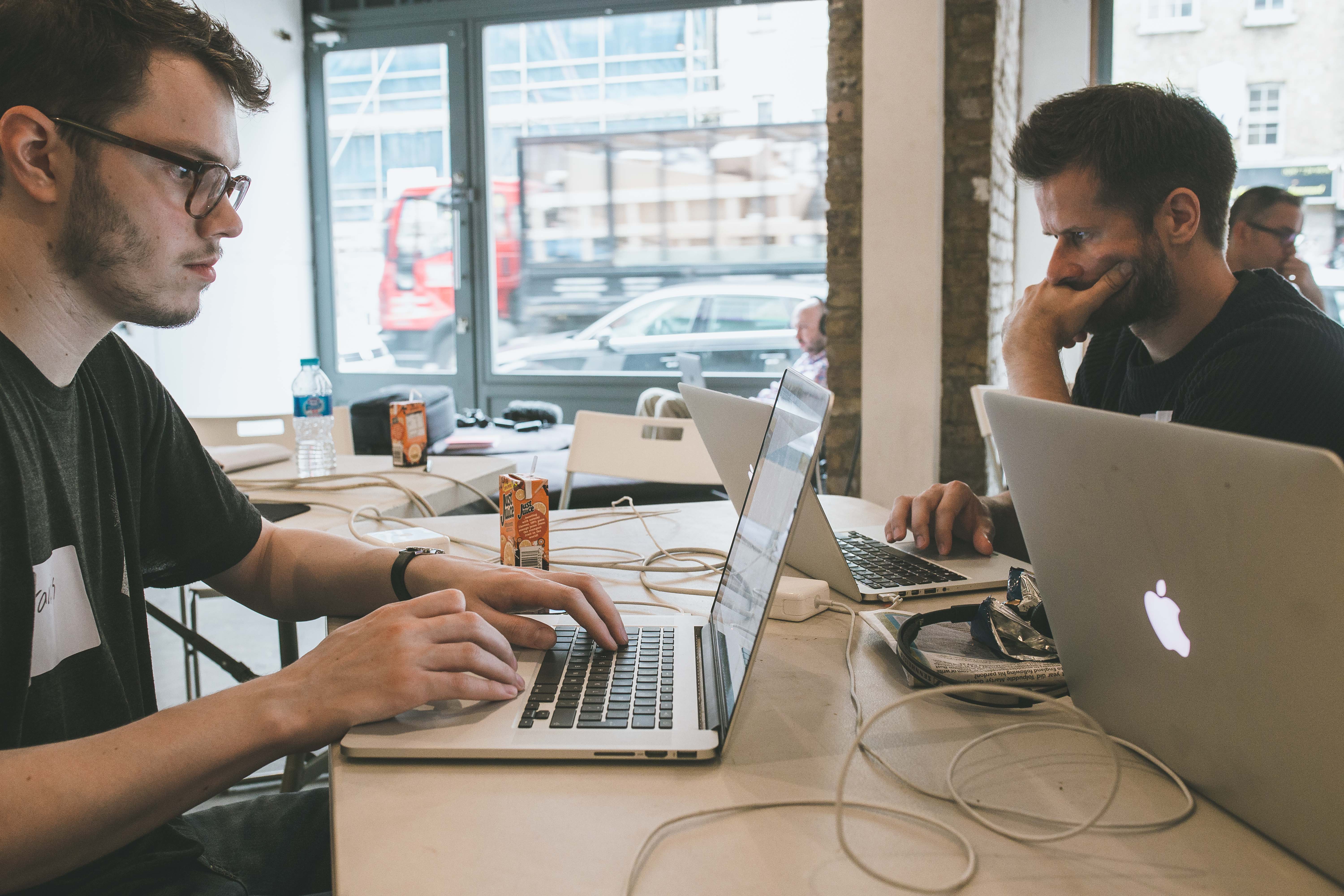 “It forwarded you to a website we set up, which then took you back onto WhatsApp with a broadcast message to send to all your contacts. It literally took minutes and soon you’ll have communicated directly with as many people as you wanted to.”

According to their analytics, well over 400,000 people read that message on voting day, which in one 24-hour period is no mean feat. Nearly one in three Facebook users saw a Momentum video during the general election campaign.

“It’s all about the idea,” adds Joe. “It wasn’t actually that complicated. So if we have this bigger network ideas like that will surface more regularly we hope, and we will be able to design them with much more ease.”

I can’t help but ask Joe about the potential of a hackers network in 21st century British politics – while the Tories have in recent elections relied heavily on throwing cold hard cash at targeted advertising (money’s no object when you’re bankrolled by the superrich), Labour have long been the party of the ground game, with dedicated canvassers turning up day after day to knock on doors. Could improving existing technology, and creating new tools for activists to take ahold of even change the way British politics operates for good? 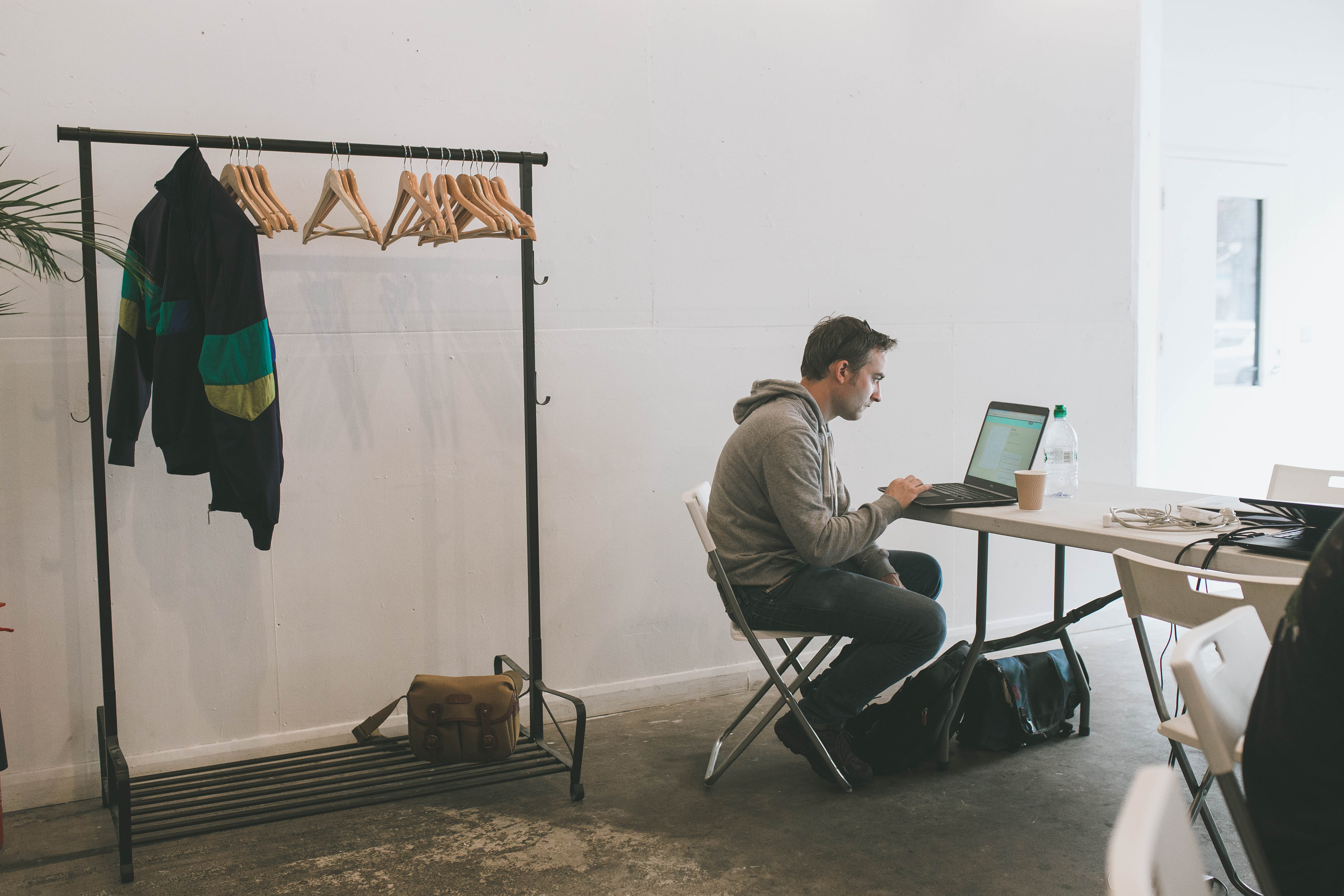 “The fact that we’ve got all these people passionate and enthused by politics, willing to give time and energy and attach themselves to this project is exciting,” says an excited Joe. “If you can create various technological or community tools and make both building and accessing them as easy as possible – ensuring the barriers to entry are as low as possible the potential to create a movement with the help of technology is truly endless.”

There’s no doubt that Momentum are streets ahead of their competition when it comes to both mobilising people and creating tech that can support the progressive politics that has galvanised a generation. It’s no wonder Tory MPs like Michael Gove are concerned, stating clearly the need for the right in the UK to take note and learn.

But what’s most exciting about this new digital network is that there’s no trade off being made with good old boots on the ground. A networker of hackers alone can of course do great things, as too can thousands of activists knocking on doors in our cities and towns. Looking around the hackathon though it’s clear there’s potential for a whole lot more.

Linkedin
RELATED ARTICLES
OTHER ARTICLES
Steel City is often overlooked when it comes to the country's cultural radar despite its role in shaping electronic music.
A new series of photos by Johny Pitts shines a light on communities and subcultures that have all too often been overlooked.
From the chip shops, to the bingo parlors and burlesque dancers, photographer Mike Coles remembers capturing scenes of holidaymakers by the English coast.
The government’s brutal crackdown on NGOs has left victims of rape without anywhere to seek help. And now, as the country plays a key role is Russia’s war, things are only getting worse.
After rewriting the indie rulebook with her devastating songs about romantic longing, the singer-songwriter is now imagining a future in which the artist is no longer a product.
Yesterday, rail workers came together to protest poor pay, working conditions and job cuts in their latest round of strikes.