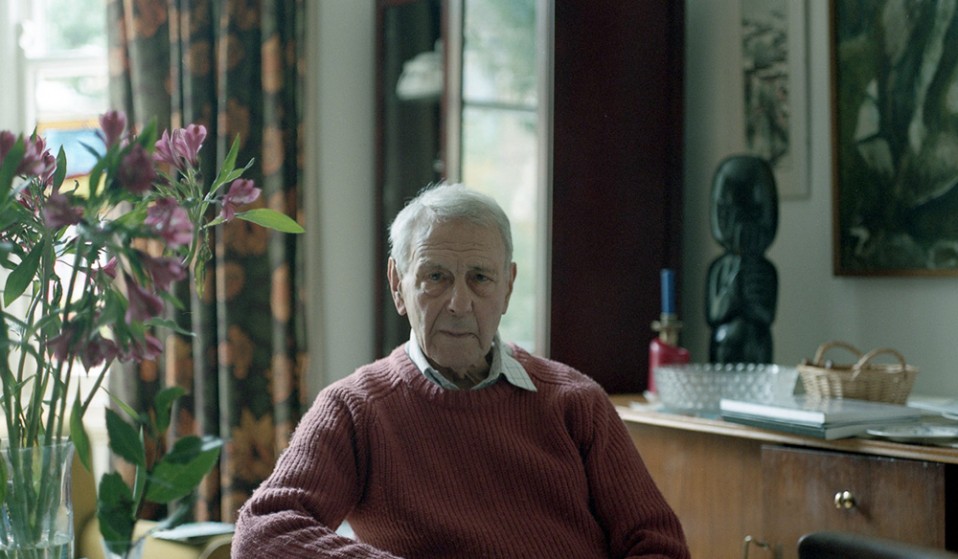 Leslie Brent speaks of being one of the first Jews to flee Nazi Germany, coming to England as a refugee aged just 13.

January 27 marks Holocaust Memorial Day, a time to remember the atrocities of the past and ensure the same horror is never replicated. As part of our Refugee Stories series, Leslie Brent speaks of being one of the first Jews to flee Nazi Germany, coming to England as a refugee at the age of 13. He would go on to become a Nobel Prize-winning academic.

An Emeritus professor, Leslie Brent has behind him a legacy that evokes both terror and admiration. In 1938 he was one of the first Jews to escape Nazi Germany on the Kindertransport, coming to the UK as a thirteen-year-old refugee. His family were not so fortunate. Despite suffering due to the absence of his family, Leslie had a successful academic career, including his co-discovery of immunological tolerance, which led to a Nobel Prize.

“I was born in a small market town in Pomerania, close to the Baltic Sea. I had a happy childhood up until I was eight years old. It was then that I recall first hearing hatred towards Jews; standing in the street with my older sister, brownshirts were storming through town singing, ‘When Jewish blood spurts from the knife we will all be happy.’ I was terrified. My parents were German-Jewish but well-assimilated. My father, along with around 100,000 other German-Jews had fought in the First World War. He had won an Iron Cross medal in honour of his services. In his opinion, this was a transient phenomenon and our family had nothing to fear. As the times changed, my parents must have also changed their opinion, for they sent me to the Jewish Orphanage Berlin-Pankow to avoid persecution in our largely non-Jewish hometown.

“In December 1938 I was nominated to leave Berlin and escape to England on the first of the Kindertransport. My then sixteen-year-old sister could have come too, but declined for whatever reason. I had heard rumours that she had fallen in love while training to be a nurse at a Jewish hospital. 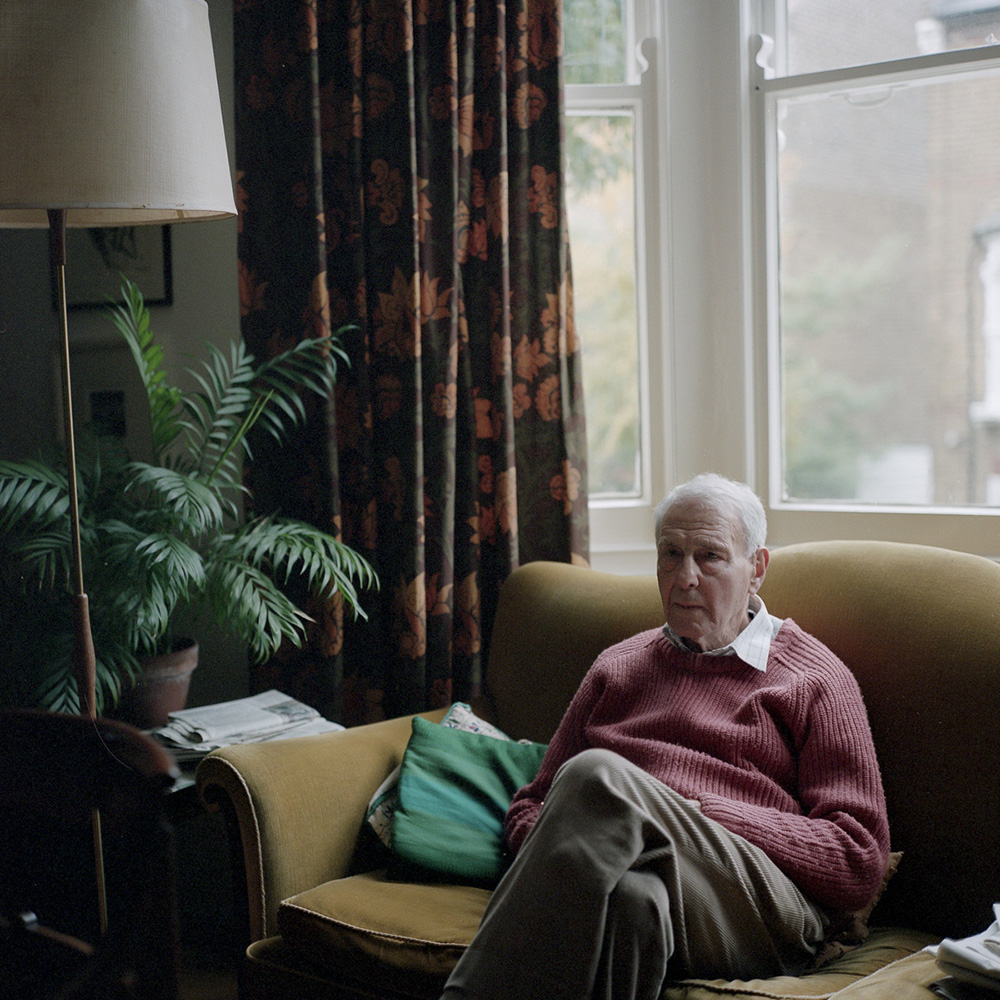 “Upon arrival, we were prepared for life in England at a temporary Butlins-like camp in Dover. Unlike many of the other children, I already spoke English quite well. It was difficult for the Jewish Association to find enough families to care for all of us. Quite a number of refugees were also exploited by their carers and forced to work.

“There was no anti-semitic sentiment in England. On the contrary, a friend of mine was surprised that a policeman smiled at him. We were used to being spat on and having our bags ransacked. There was however a general reluctance to welcome refugees, as there is now with the Syrian crisis. Instead of being allocated carers, I was sent to Bunce Court School founded by Anna Essinger. Again, I was one of the lucky ones.

“If it had not been for the absence of my family, I would have thoroughly enjoyed my experience at the progressive boarding school. At first I received messages from my parents and sister via the British Red Cross. Their communication was solely for prisoners of war, and us. In 1942 these messages stopped, after one final message in which I was told that they were ‘going on a journey’. It was only when the Pathé news bulletin documenting the concentration camp release was aired, that I knew the reality. Up until very recently I thought that my family had died in Auschwitz. Only after the Berlin Wall came down was I able to access some historical archives which led me to the truth: they had been taken to Riga in 1942 and killed in the Rumbula Massacre. They had been shot, which was a little better than what I thought had happened to them in the concentration camp. I have had so many nightmares about this. I still suffer from survivor’s guilt, however irrational I know it is. 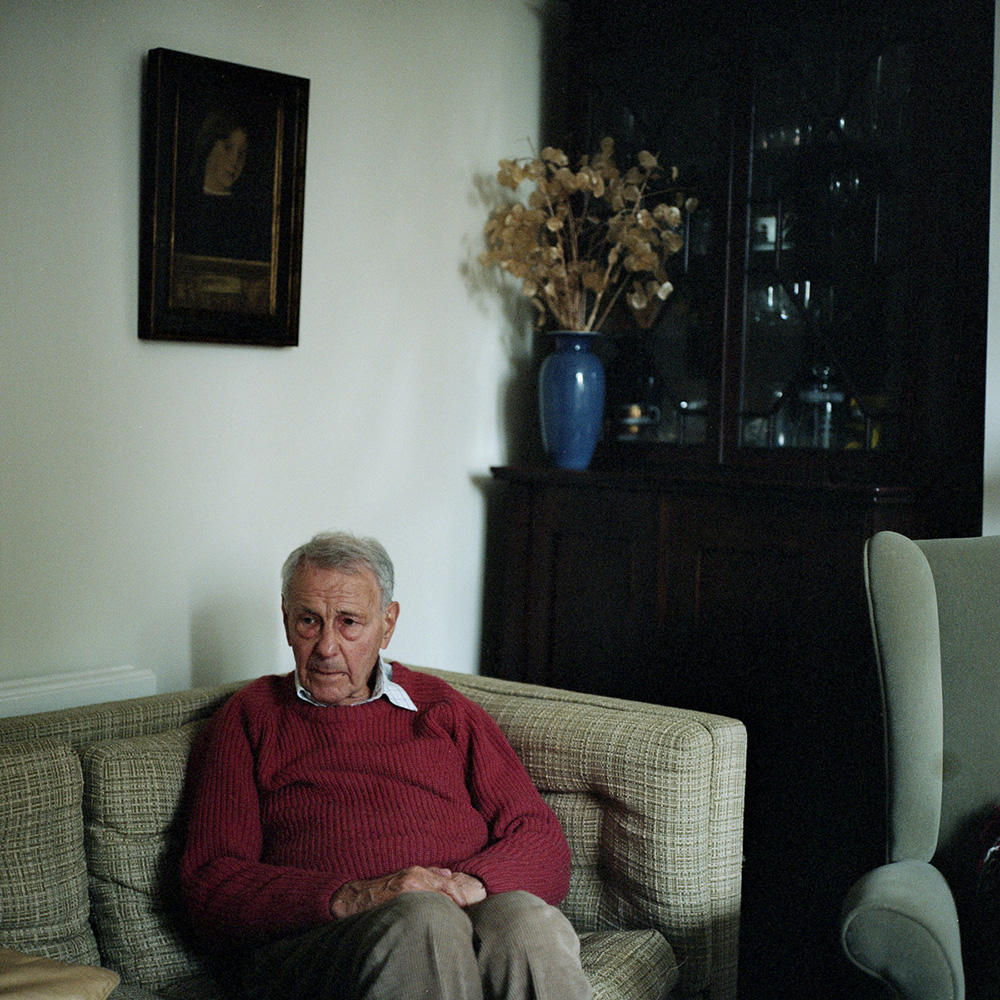 “My boarding school became my new home, and left me in a position to face the world at sixteen. After volunteering in the British army, I studied Zoology at the University of Birmingham. I was discouraged from becoming a secondary school teacher by a teacher who believed in me. He encouraged me to continue my studies to PhD level, which I completed at University College London. Along with Peter Medawar and Rupert Billingham, I was involved with groundbreaking research in the 1950s which led to the discovery of immunological tolerance. Medawar won a Nobel Prize and shared the winnings between the three of us.

“For many years I felt a certain degree of antagonism towards Germany, and refused invites to medical conferences there. It wasn’t until the 1960s that I finally accepted an invitation to an Austrian skiing conference. There, I got to know young Germans. In 1990 I returned to Berlin to attend a gathering of friends of the former Jewish orphanage. I used to regard Berlin with horror, but have grown to like the new tolerant city that has emerged from the ashes.

“My life in England has been good. I have had a long, successful career. I also have a wife and three children. Without this act of generosity from this nation, I would have undoubtedly faced the same cruel fate as my family. I am sure the refugees of the current crisis would appreciate this act of kindness and do their utmost to reciprocate, just like we did.”

Linkedin
RELATED ARTICLES
OTHER ARTICLES
Whether it's partygate, the climate crisis or the spiralling cost of living, the fightback begins on the picket lines writes Tommy Vickerstaff
Freddie Miller’s new series of photographs investigates who today’s trainspotters are and what drives their unfettered enthusiasm.
In the wake of the decision by the supreme court to overturn Roe v Wade, thousands of protestors filled the streets to express their rage and anguish.
With inflation now at a 40-year-high of 9 per cent, demonstrations organised by TUC took place to demand action from the government.
For decades, an area of East London has served as a community hub for Vietnamese people looking for a taste of home.
Photographer David Hoffman recalls documenting the extreme wealth inequality around Tower Hamlets and Hackney int the 1980s.