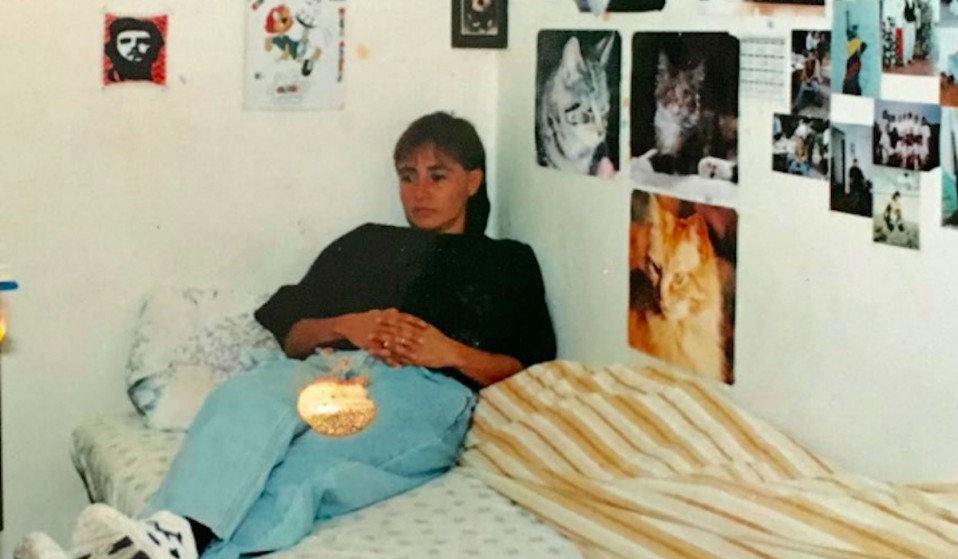 Marta Álverez vowed to get justice after a decade of torture and abuse. Now she’s the first person to be given a public apology from the Colombian government for LGBT discrimination.

Marta Álverez vowed to get justice after a decade of torture and abuse. Now she’s the first person to be given a public apology from the Colombian government for LGBT discrimination.

When Marta Álvarez was sentenced for the murder of her brother, she never expected to expose how the prison system was fraught with lesbian discrimination. But a decade of institutional abuse by prison guards and officials led her to front a 21-year battle for justice – starting with equal rights to conjugal visits.

Now, Álvarez stands as a free woman inside the walls of her former prison. She has made history as the first person to be given a public apology by the Colombian government for LGBT discrimination.

It was the 12th of March, 1994, when Álvarez entered her first prison, the Reclusion de Mujeres La Badea in Pereria. She was 35-years-old and had never been incarcerated before. It was similar to what she imagined – but what she didn’t expect was how the lesbian inmates were being treated.

“Prisoners would face three months of solitary confinement for kissing another woman, and there were beatings and prison transfers as punishments for lesbian behaviour,” Álvarez says. She began to record the punishments in a diary, where she detailed both mental and physical abuse.

Álvarez’s worst memory was when a guard pushed her against a wall, tore open her shirt and began to beat her chest, exposing her breasts to the other guards. “I didn’t even think about being hit, I thought I was going to be raped, it was the worst, the worst imaginable,” she remembers. 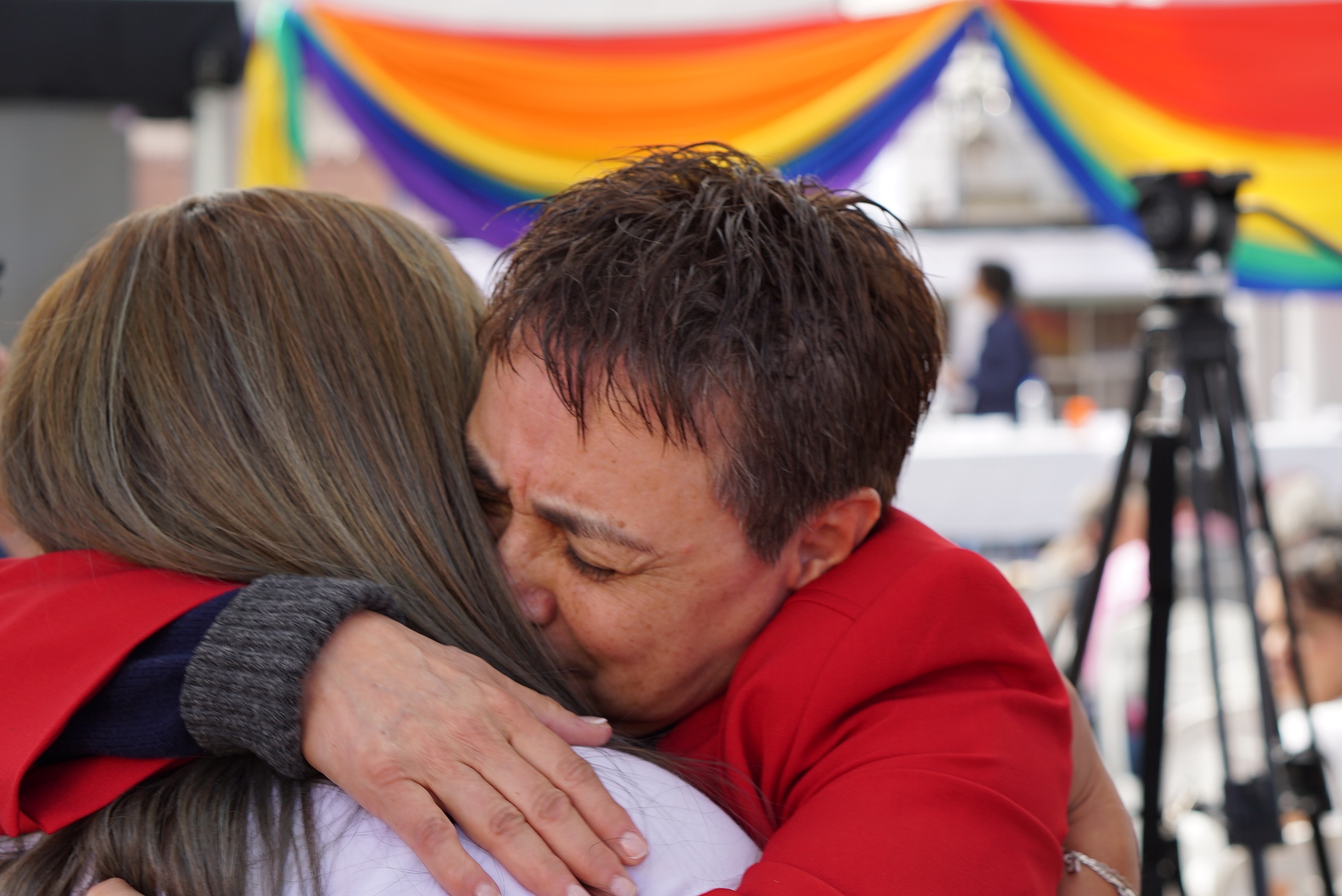 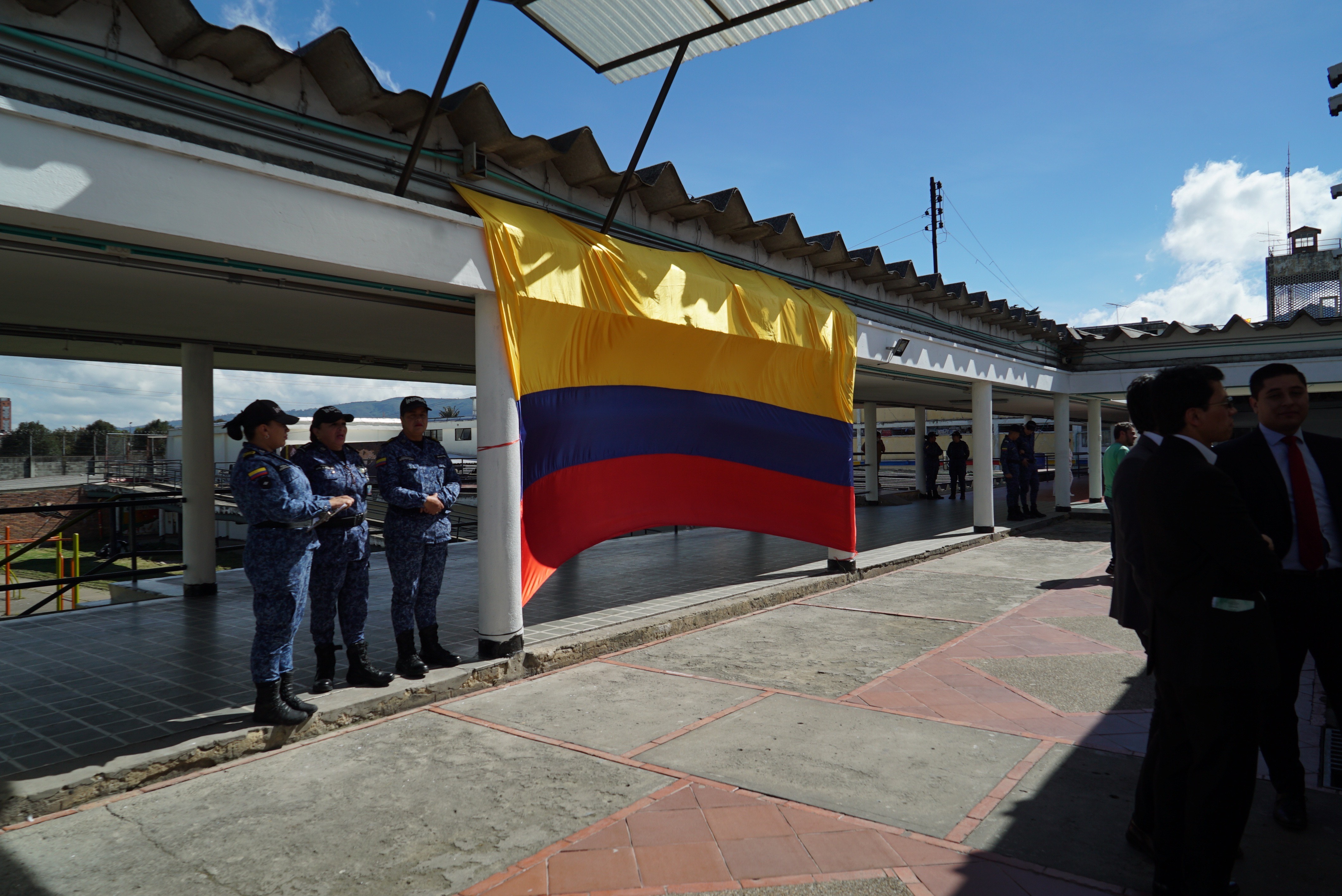 There were countless other nightmares for Álvarez. A rat bit her while she was placed in solitary confinement after being punished for having a girlfriend. And once, during a prison transfer, she was packed onto a piping hot bus, which began to fill with gasoline fumes. The inmates began to be sick and they were forced to pass around a single bag to vomit into.

But it was being denied access to conjugal visits with same-sex partners, despite it being available to straight inmates, which led Álvarez to challenge the Colombian prison system. And after numerous failed attempts to appeal the rule from within the penitentiary, she sought legal action from outside.

“I applied for permission for this visit with my girlfriend and it was denied,” Álvarez says. “They argue that – well the director of the prison at the time – argued that it was immoral. That it wasn’t a good example for everybody else.”

Two years into her sentence, in 1996, her case for lesbian conjugal visits was admitted by the Inter-American Commission on Human Rights [IACHR]. She spoke to a lawyer on the case through her sister. “The lawyer asked me if I was sure I wanted to do this because it was going to be ugly,” she recalls. “I said sure, somebody has got to do it – and that’s going to be me.” 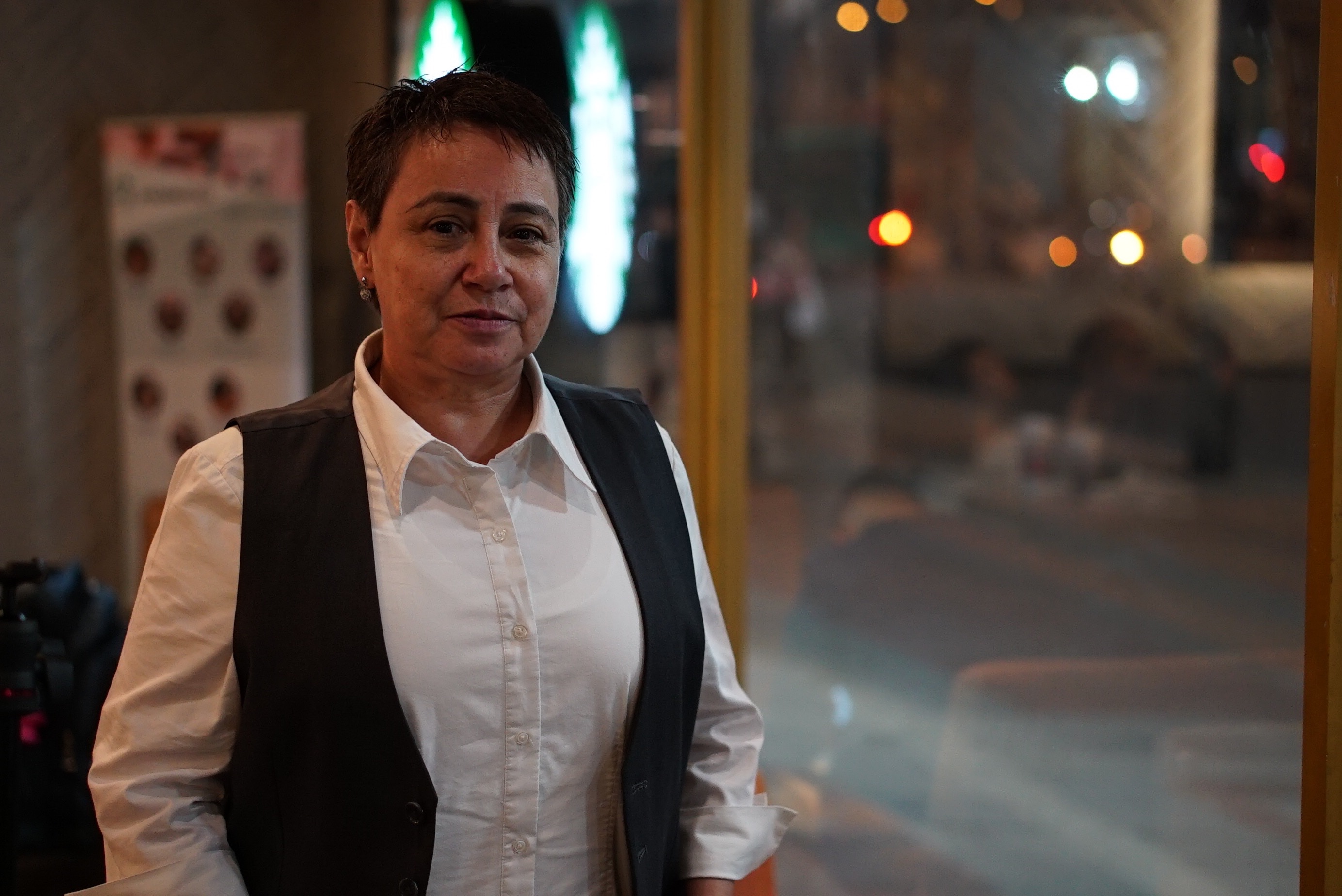 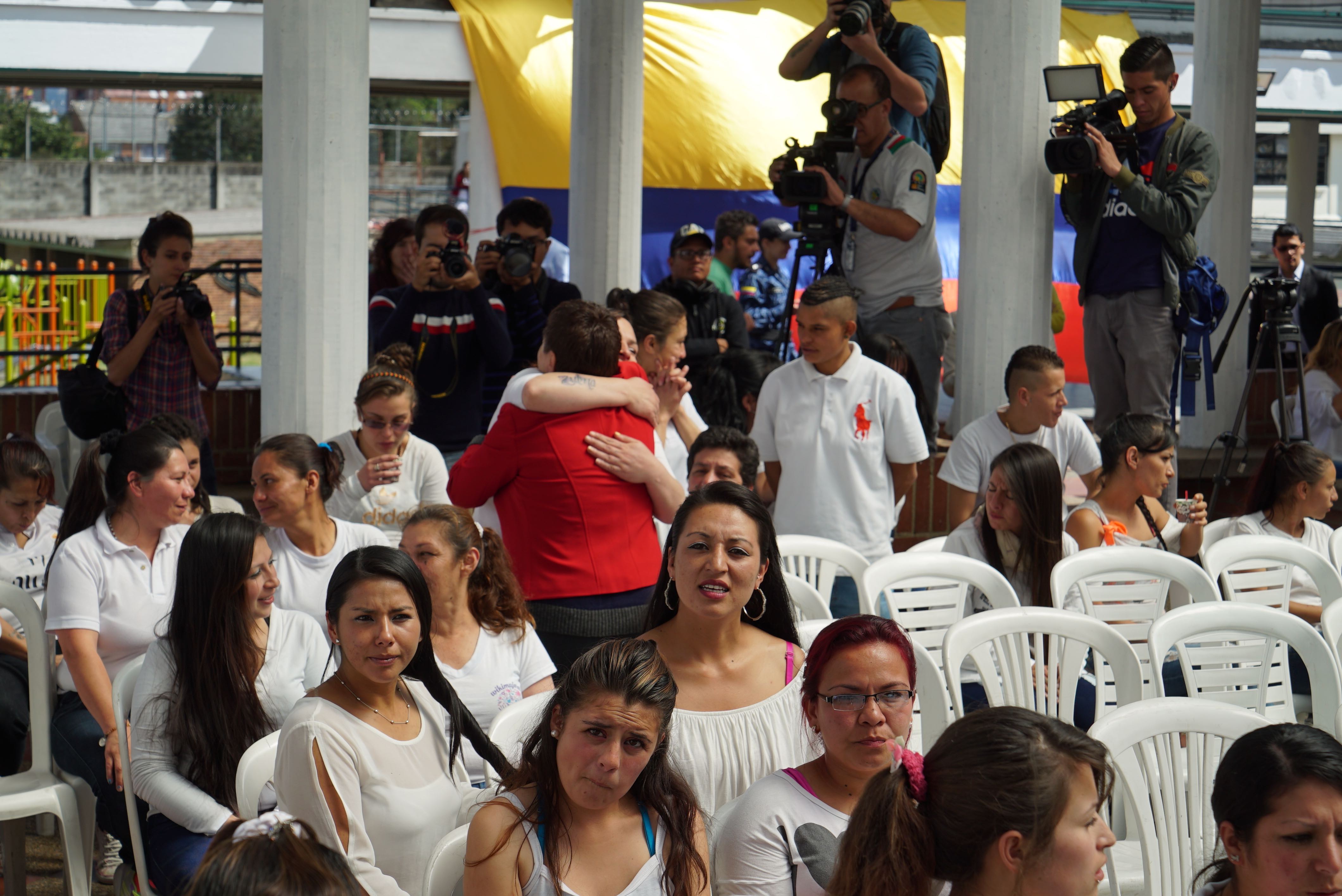 After submitting the case, Álvarez’s treatment in prison got worse. One of the punishments was to move her to different locations. Álvarez guesses that she was transferred a total of 15 times during her 10-year sentence. Each time she was placed further away from her family. The farthest was Cúcuta, a penitentiary on the border of Venezuela and roughly 800 km away from her first prison in Pereira.

Each time Álvarez arrived at a different prison she came carrying a reputation because of her case for conjugal visits. Guards would apparently accuse her of stealing or violence as an excuse to put her in solitary confinement. But despite resistance, she persisted in challenging prison officials and would join or form a human rights group in each place.

“Whenever I got to a prison, the director didn’t want me there either,” she explains. “They didn’t want me anywhere. I just felt like I had to fight, I had to keep fighting. They were using ways to try and break me, I know that. I knew that. But I wrote in my little notes saying that I know they were trying to break me, but I was not going to let them break me. I had to continue the fight and I did.”

When Álvarez, now 58, entered the penitentiary for the first time as a free woman, she was in charge. Dressed in a fitted red blazer, she made strides through the prison courtyard – nicknamed ‘Parque 93’ after a trendy suburb of the capital. As an inmate, she came to the Reclusión de Mujeres in Bogota three times and was tortured. But her fourth visit was celebratory.

As Álvarez appeared the waiting audience of family members, activists and inmates greeted her with loud applause. A dozen camera-operators and pushy journalists gathered around. When asked how she felt, she said “very important.”

Around 50 current inmates, who are involved in the prison’s lesbian group, attended the celebration and were dressed all in white. A pride flag made by the inmates with prison materials hung above the stage.

The Colombian Minister of Justice, Enrique Gil Botero, attended and made a speech to officially ask Álvarez for forgiveness on behalf of the State. “Denying an inmate the right to an intimate visit because of their sexual orientation was a fact of extreme discrimination, but not having offered them an effective judicial recourse to vindicate their rights deepened the institutional violence of which they were victim,” he said.

Álvarez’s mother and father were parents to three gay children: Marta, and her two brothers. But Álvarez says it wasn’t a surprise considering where they grew up: “People used to joke saying ‘there is something in the water we drink here, something in the water that makes people gay’ because there were a lot of gay people.”

Despite its reputation, the town in Risaralda made Álvarez aware of LGBT discrimination from an early age. As a teenager, she watched local boys throw rocks at her elder gay brother. As she grew older and came out as a lesbian, she would receive verbal threats. “You needed a man to correct you”, Álvarez was told. Álvarez says they just learned to live with it.

Álvarez’s father was liberal and he accepted his gay children, doing his best to protect them from negative attitudes towards homosexuality. Her father knew that Colombia, a deeply Catholic country, was not a safe place to be gay. It was his protection, which led him to send Álvarez to join her older brother in Boston, United States in January 1979.

Álvarez stayed in Boston until 1993, when she received a stressed phone call from her sister, explaining that her younger brother was in a bad way with drugs. She flew back to Colombia in an attempt to save him – but ended up killing him.

“He was always drunk and on drugs and he became my enemy,” she remembers. “He started attacking me verbally and physically and at one point, the day that I killed him, he took out his penis and he said to me  ‘suck it, suck it.’ Something happened to me. I lost it, I felt horrible; I don’t know how to explain it. So I shot him and he died.”

Some 18 years after her conjugal visit case was first submitted, in 2014, the IACHR ruled and sided with Álvarez. The agency stated that the Colombian State arbitrarily and abusively interfered in private life based on discriminatory prejudices. Not only did the prison authorities legitimise this violation of rights, so did the Judicial system.

The IACHR made recommendations and on July 14, the parties signed an agreement in which the State committed itself to concrete actions to prevent such abuses from happening again.

The case was settled on multiple demands made by Álvarez. One condition was for the Colombian government to publicly apologise during an event at a women’s prison. Another was for her diary to be published, distributed in prisons and paid for by the government. She also asked for additional training, to help educate the prison system on LGBT issues. 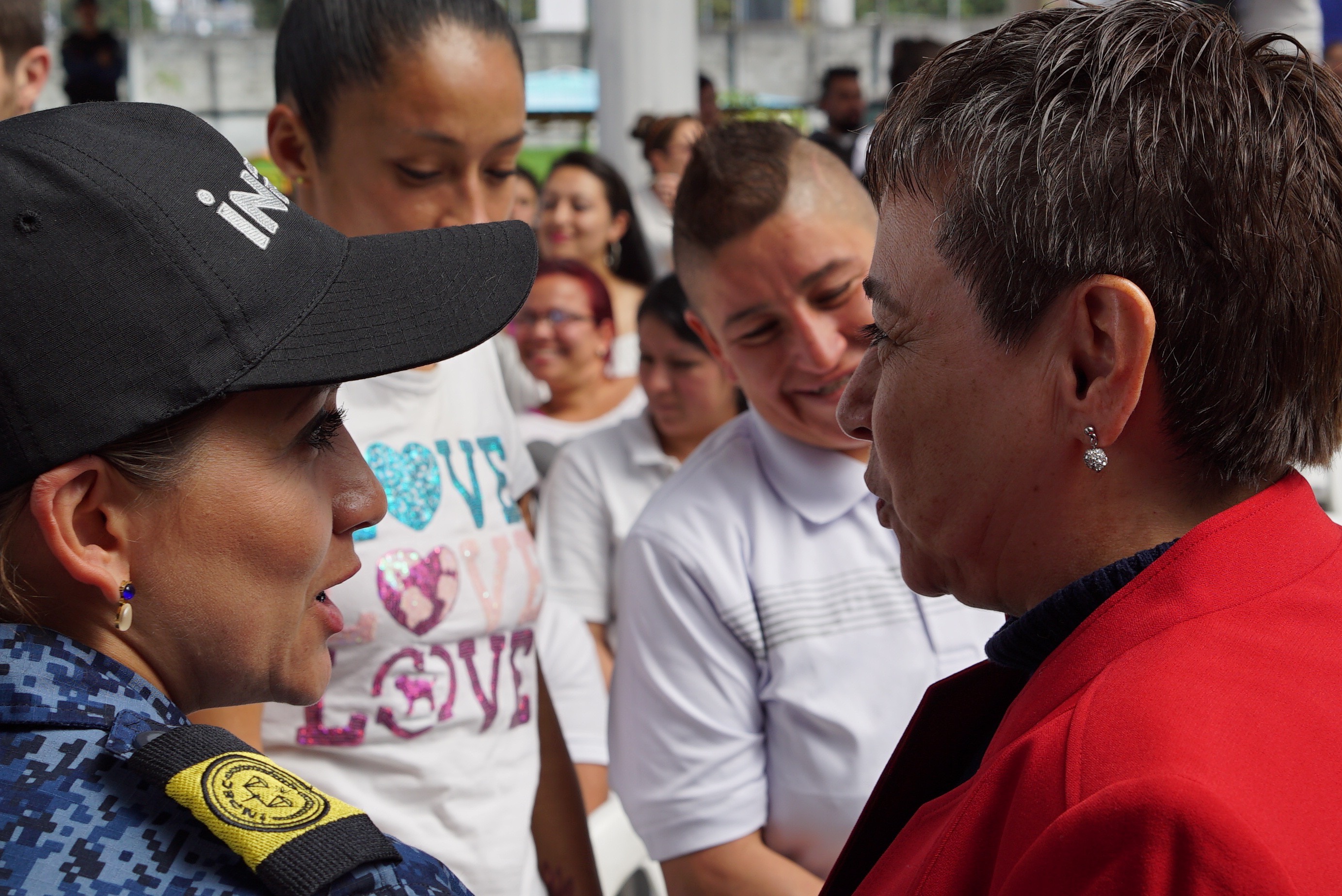 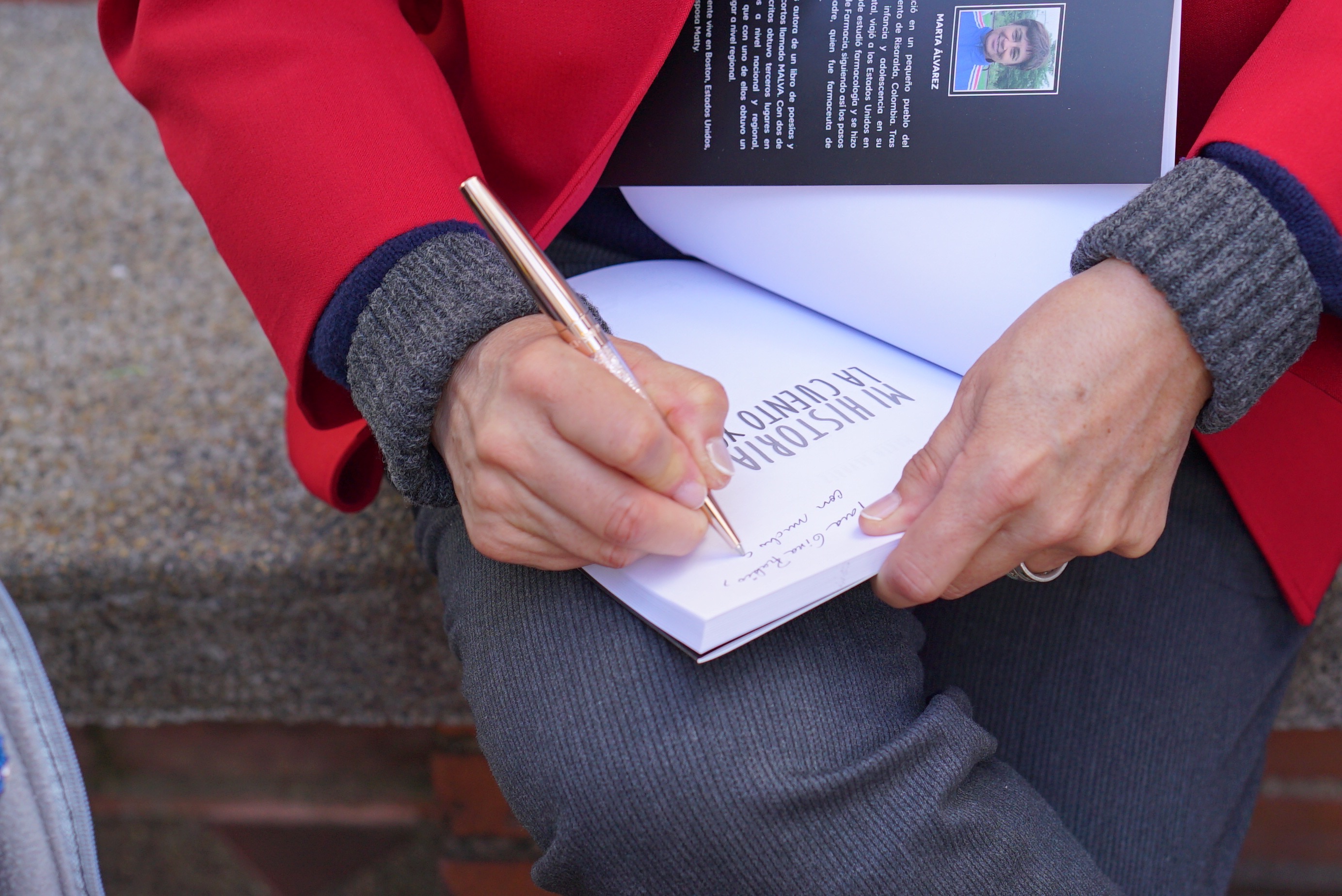 The case was brought before the Inter-American Human Rights System in 1996 and since then it has been represented by attorney Marta Tamayo of the National Network of Women, by Colombia Diversa and the Center for Justice and International Law (CEJIL), to ensure that the violations of the rights perpetrated against Marta Álvarez are not repeated in Colombia.

For Colombia Diversa, “the case of Marta Álvarez represents the struggle of women, lesbians and human rights defenders; It reminds us that LGBT people deprived of their liberty have rights and that the Colombian State has the obligation to prevent these people from being discriminated against because of who they are.”

Álvarez’s printed book, part of the reparation agreements signed with the Colombian State, is expected to be used as a tool for society to know the truth from inside the prison. The State has said it will commit itself to implement the necessary measures so that the abuses that Álvarez had to suffer will not happen again.

After three years of negotiation, on July 14, 2017, the Colombian State and the representative organisations reached an agreement to implement the recommendations of the IACHR in its Merits Report, whose publication is still pending.

In addition to the above actions and from this act of apology and recognition of international responsibility, the Colombian State will permanently advance a program of awareness and training for prison staff and people deprived of their liberty, on the rights of LGBT people; will convene an impartial body to follow up on compliance with the new prison regulations in the country’s 136 prisons; and will make available to the public an observatory of judicial decisions that affect the LGBTI population deprived of liberty.

Reflecting upon her journey, Álvarez tells me about the impact of the case on the future: “I think it has changed things, I don’t think it has changed everything, because as you know these things take time and the government has its ways of like postponing everything. But I do believe that this is going to change. I think it’s going to get better in time, I think definitely life is going to be better for lesbians in prison.”

Linkedin
RELATED ARTICLES
OTHER ARTICLES
After building his reputation covering the US civil rights movement in the 1960s, the photographer went on to produce some of the most enduring images of the past century.
At his West Bank restaurant, Fadi Kattan established himself as the voice of modern Palestinian cuisine. Now, he’s bringing his innovative, bold flavours to the UK’s capital.
AI companies that develop image-generators using copyrighted artwork from the internet are coming under fire from artists who say that it amounts to theft.
The action took place in response to the 200 asylum-seeking children who were placed in hotels run by the Home Office who have gone missing.
A new exhibitions brings together the work of photographers who documented the deep unrest of these pivotal decades.
A new law change is enabling Britain’s donor-conceived children to know the truth about their origins – but campaigners say the fertility industry must do more to protect people.