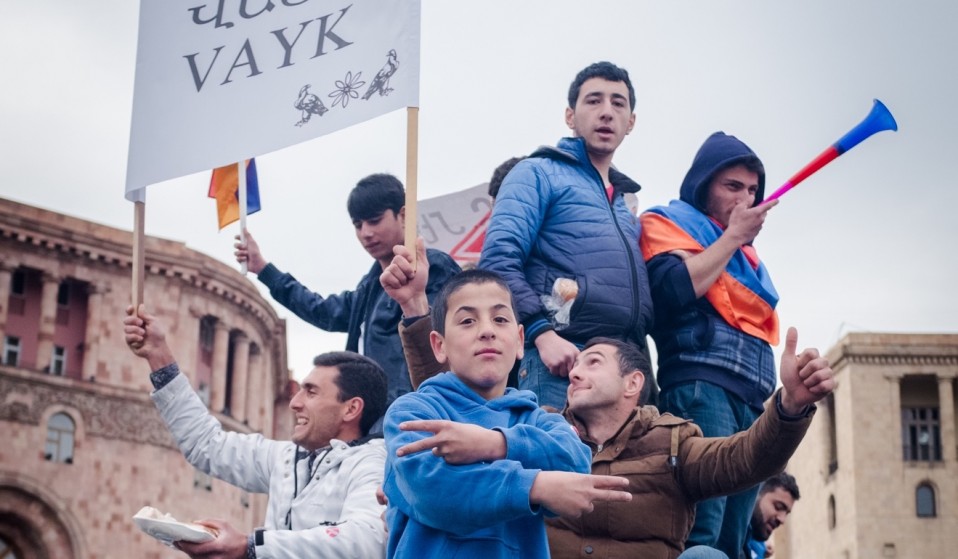 On April 17 this year, Serzh Sargsyan was declared prime minister of Armenia. He was given the role just one day after stepping down as president – a position which he had held in the country for the maximum limit of 10 years.

The switch in job titles prompted mass demonstrations in the capital of Yerevan. The protests – which were sparked by the leader of the opposition party, Nikol Pashinyan – saw Armenians unite against the pro-Putin Sargsyan through peaceful marches, street parties and civil disobedience.

From April 17 to April 23, Yerevan was soundtracked by a continual cacophony of drawling vuvuzelas and blaring car hooters. Protesters, many of whom were in their late teens and early 20s, danced in the streets while calling for Sargsyan’s retirement. “This is the sound of revolution!” yelled Hrach, a student and protestor. 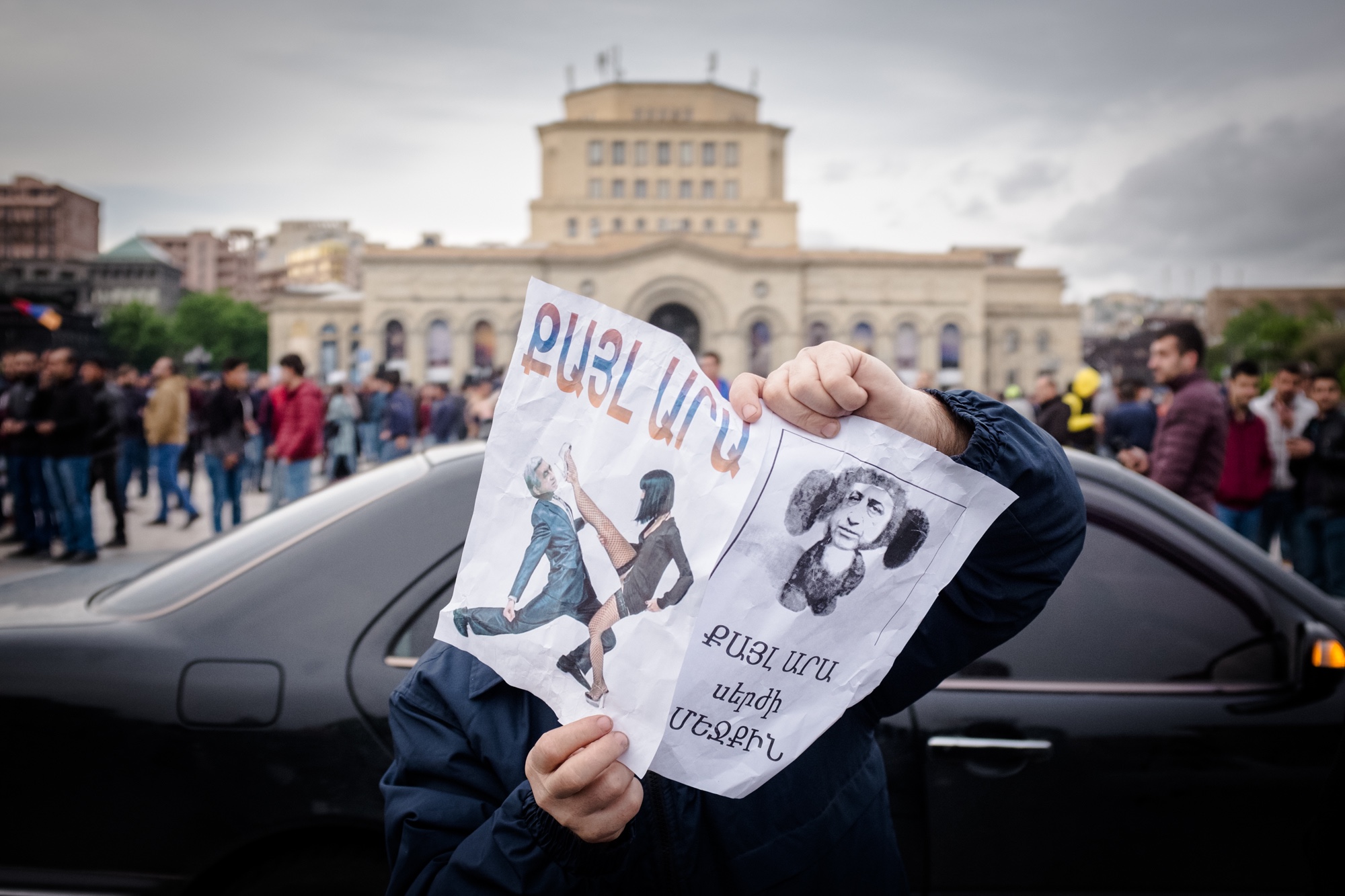 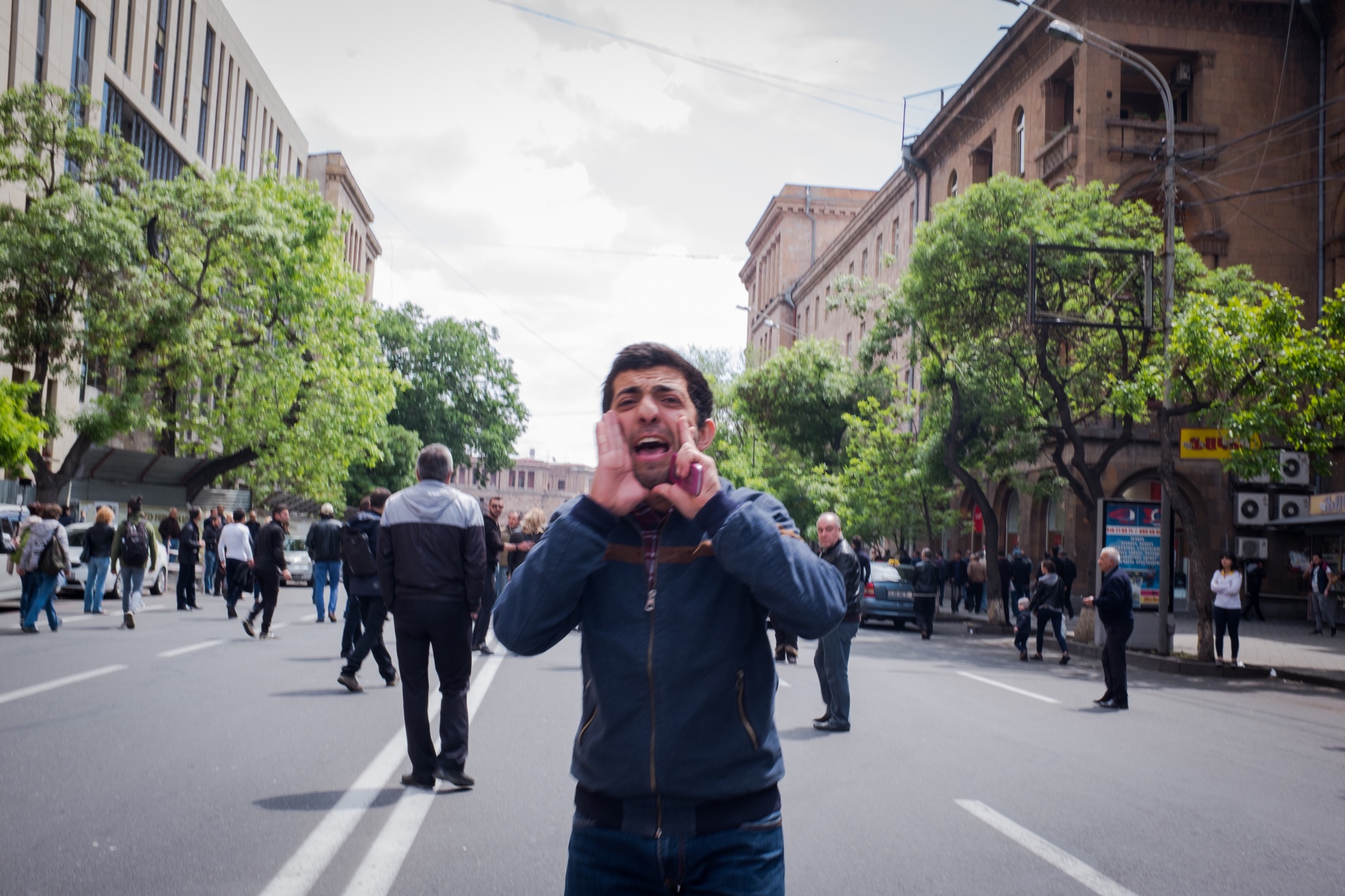 If the sound of revolution emulated a city in post-World Cup victory ecstasy, the sights resembled a flash mob. Protesters perpetually walked back and forth on pedestrian crossings to disrupt traffic – turning Yerevan into a gridlocked maze of marching, dancing and singing.

The demonstrations have proven – at least for the time being – to be a success. On April 23, Sargasyan stepped down from the role. “Nikol Pashinyan was right. I was wrong,” he said in the statement. “The struggle in the streets is against my tenure. I’m fulfilling your demand.”

“The dictatorship is gone!” Gagik Baghramyan, a businessman from Yerevan, told Huck as the news broke. “This is a day that every Armenian will remember for the rest of their lives.” 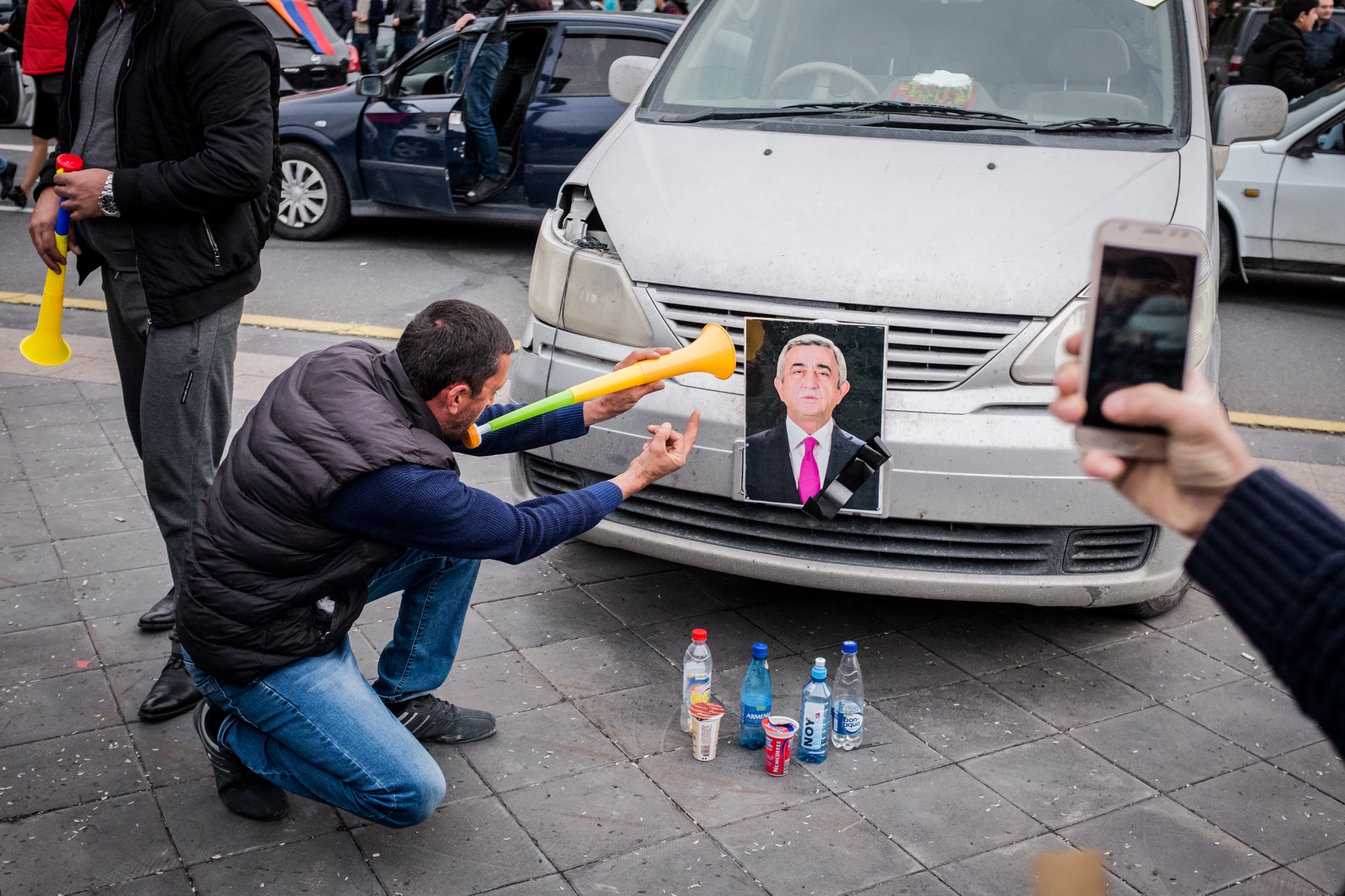 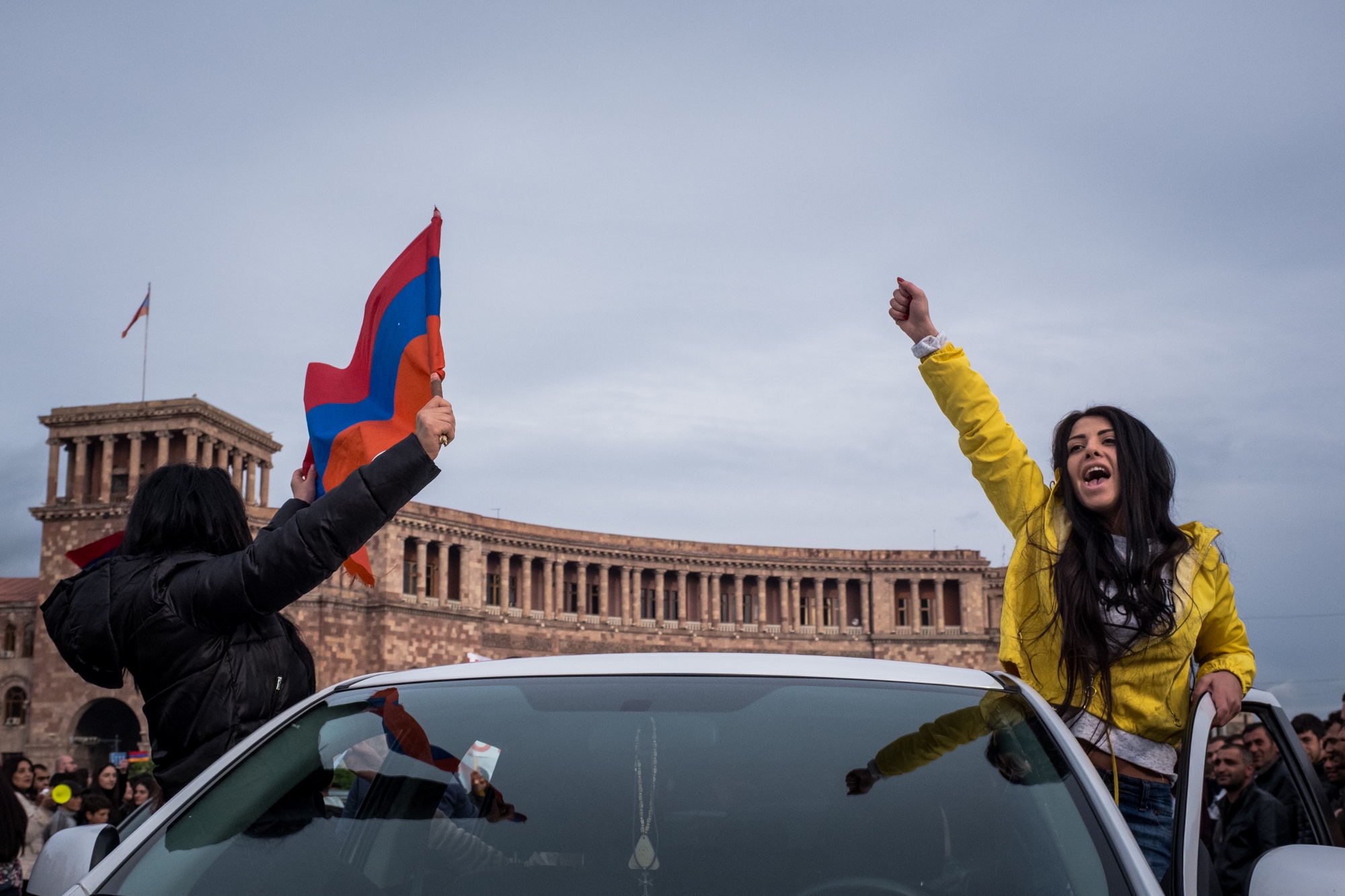 With the announcement of Armenia’s next prime minister on May 8, it’s likely that Nikol Pashinyan – the leader of the colourful and effective protests – will become prime minister. If this happens, the peaceful demonstrations will have resulted in a revolution in the true sense of the word.

“There is still a lot to do – but the most important step has already been made,” added Baghramyan. “We won – with our unity and our open hands raised above our heads. Love won! Kindness won!” 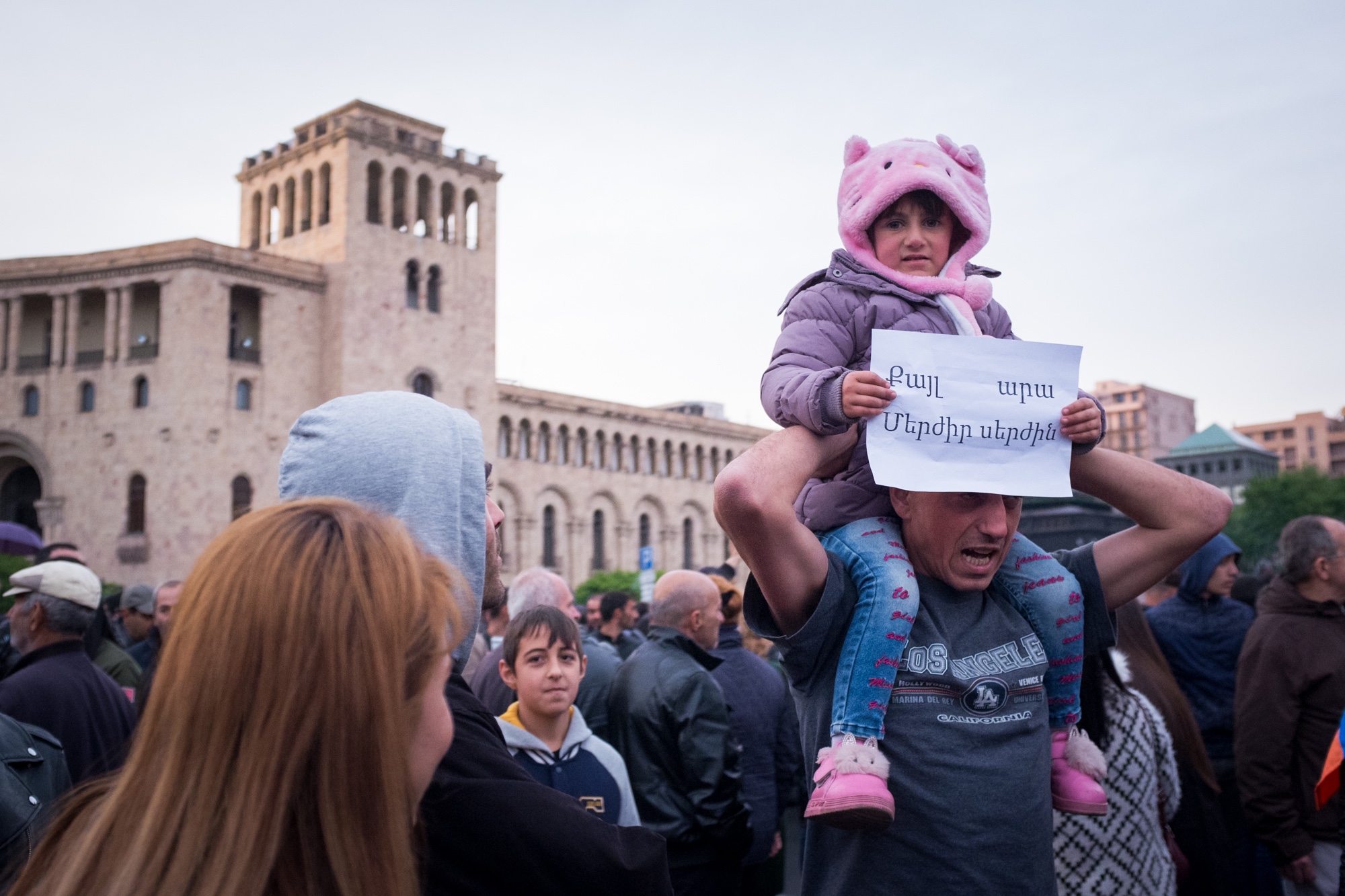 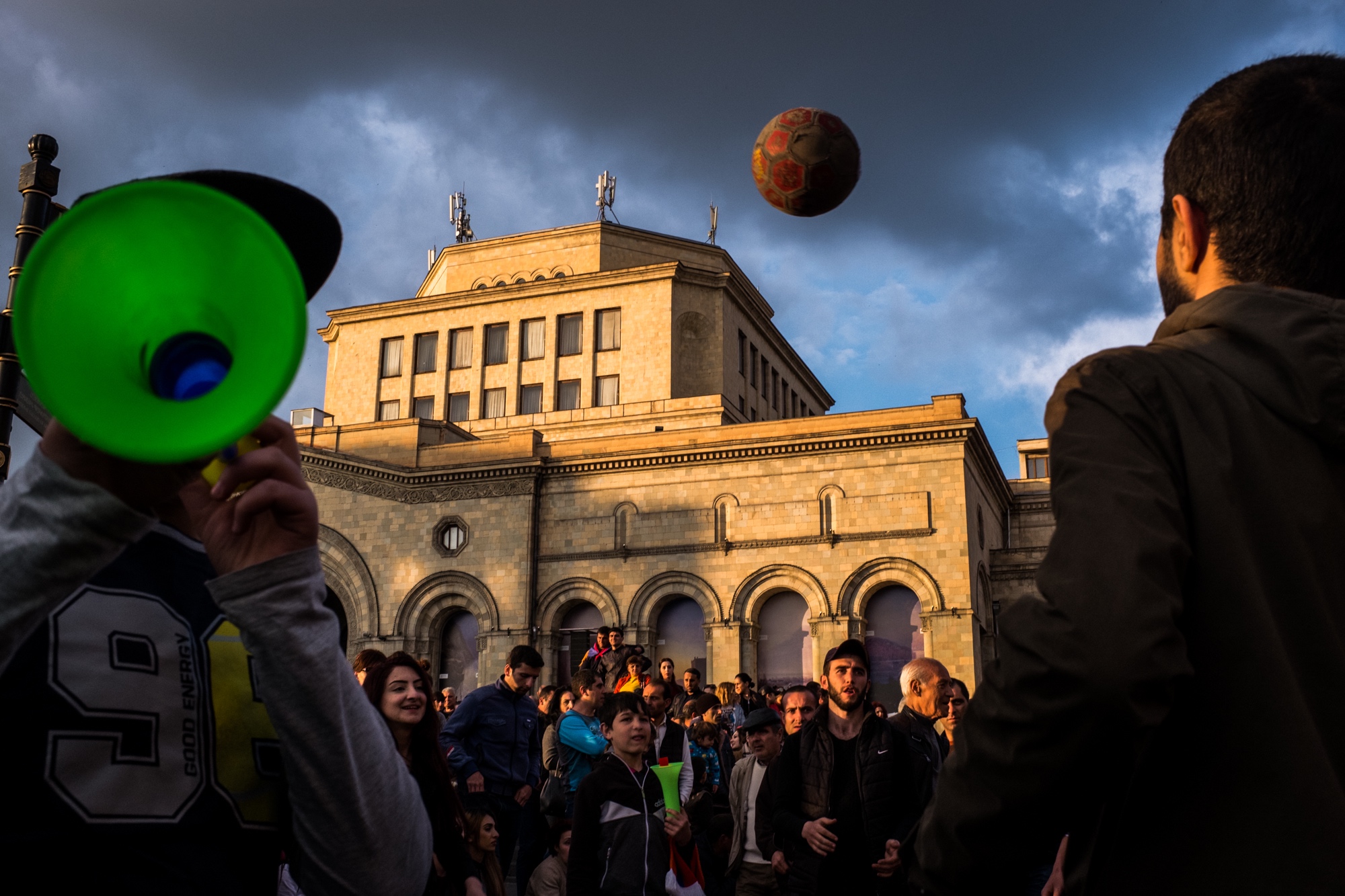 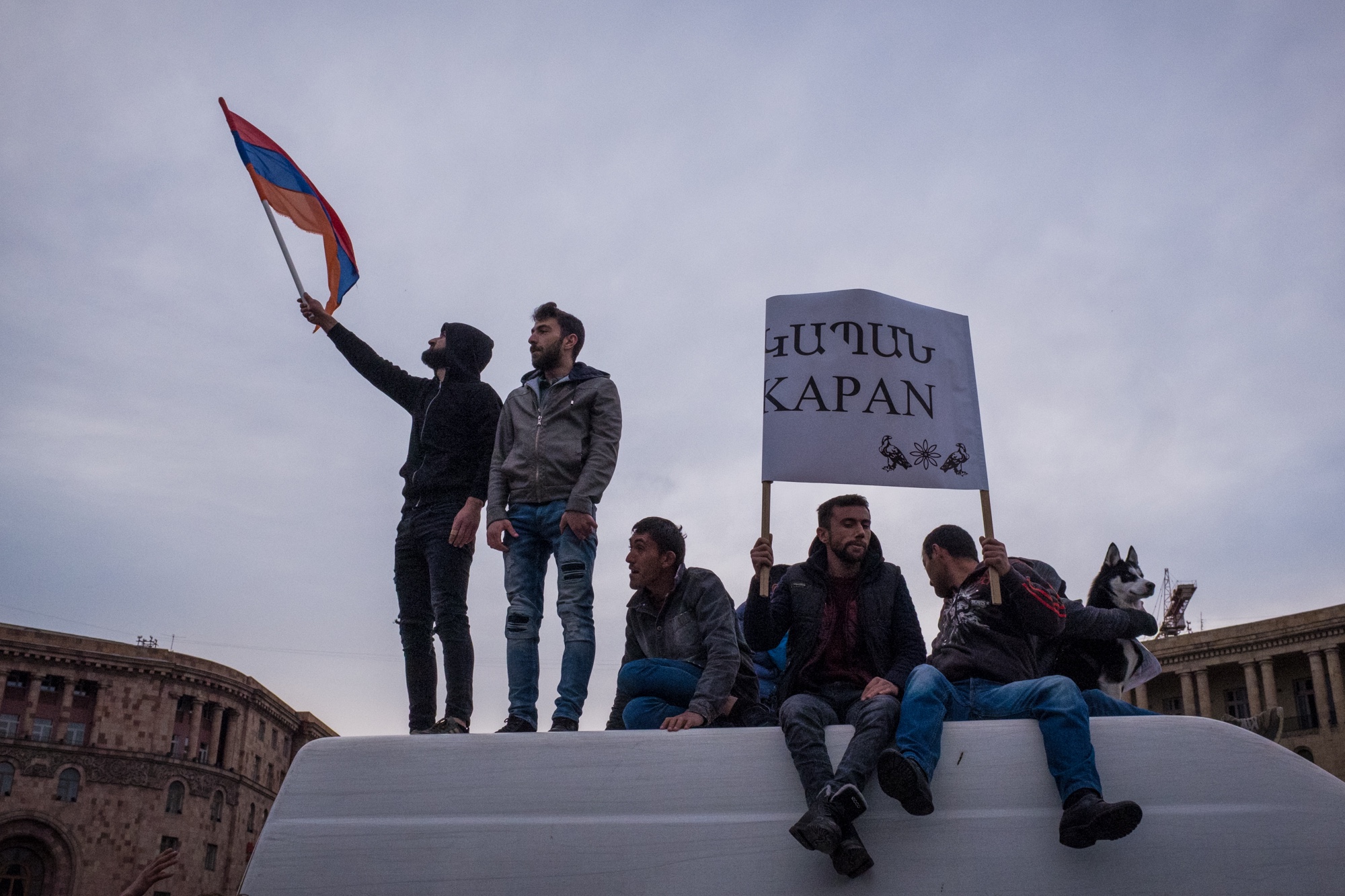 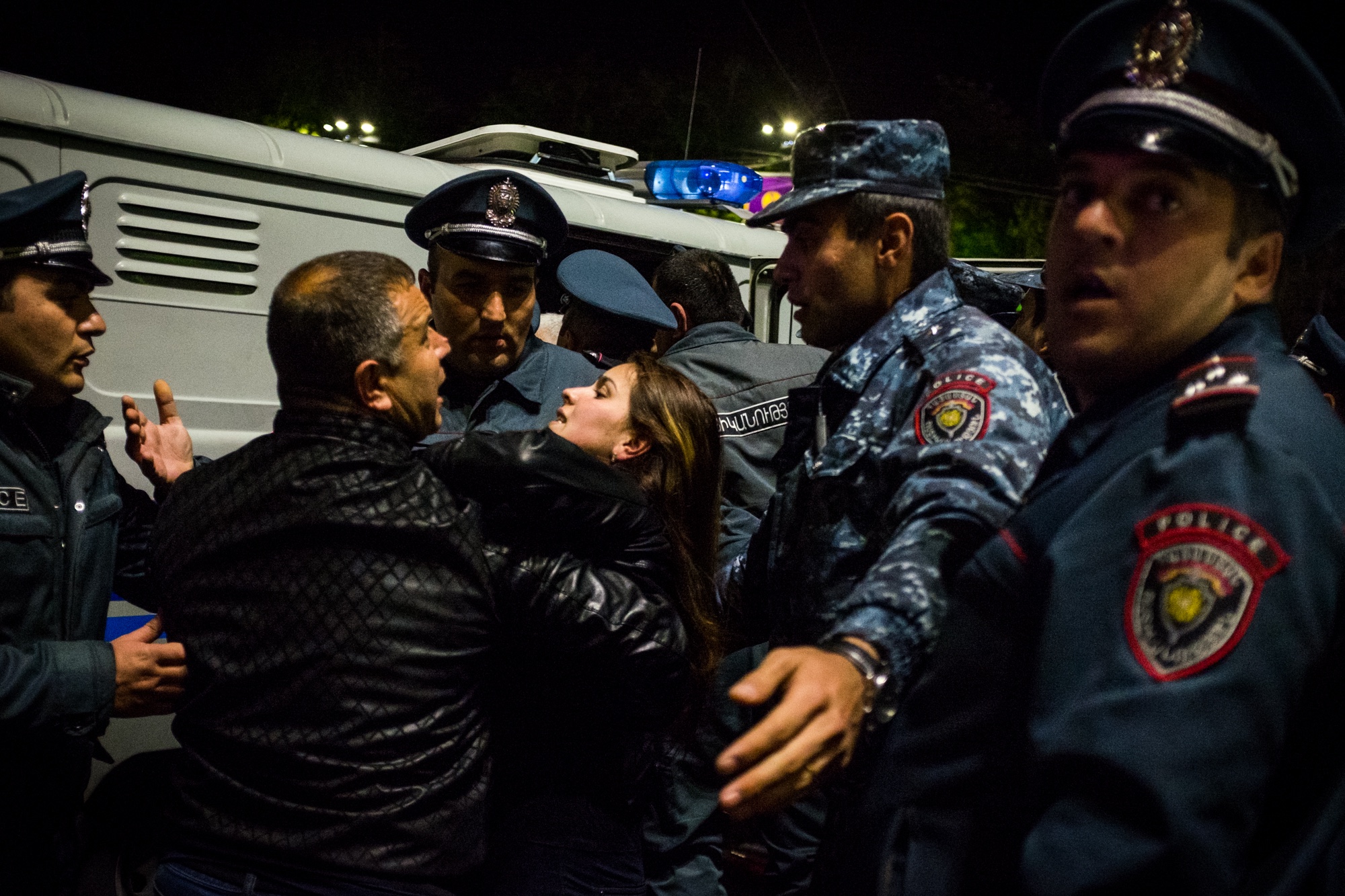 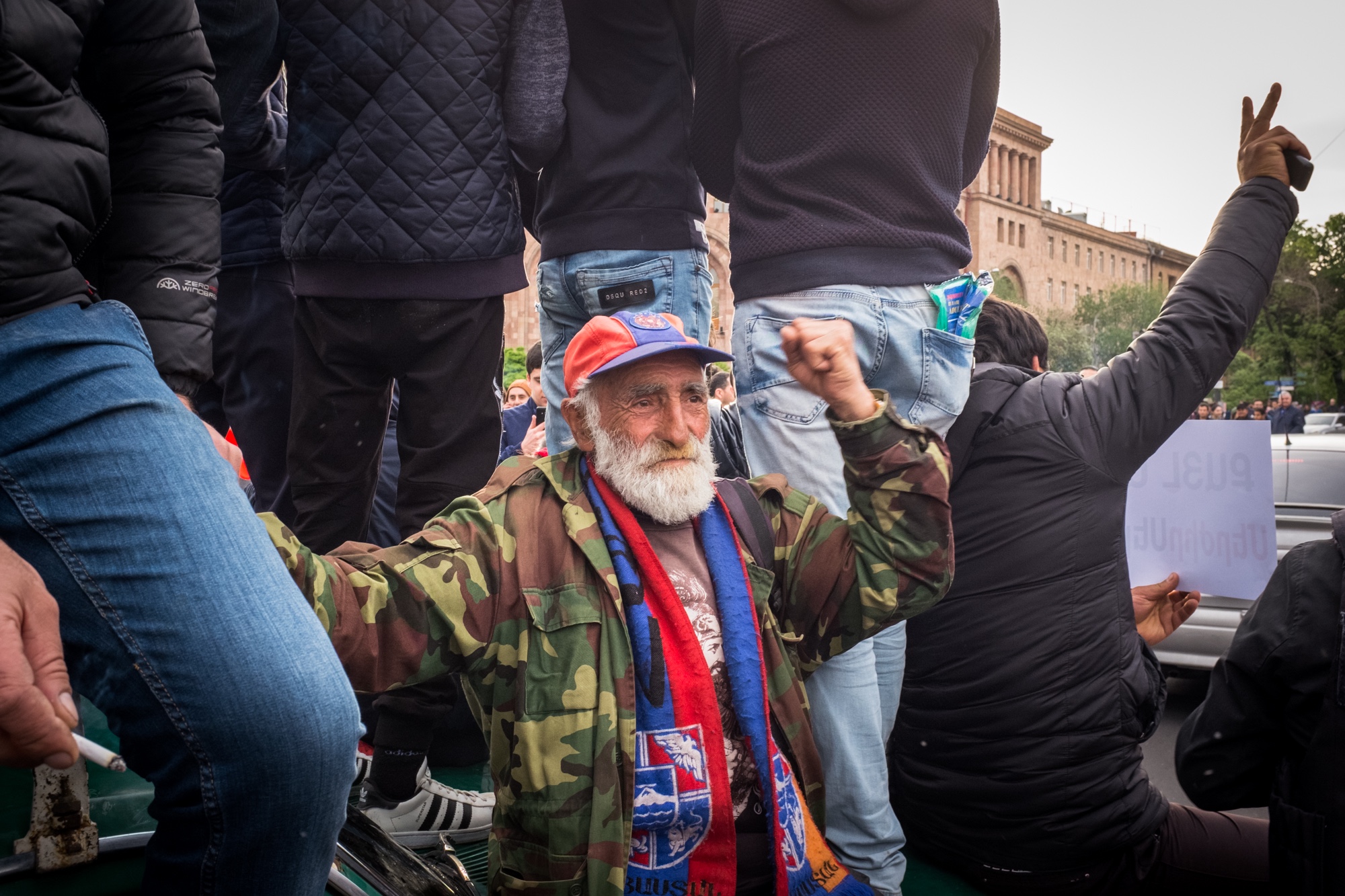 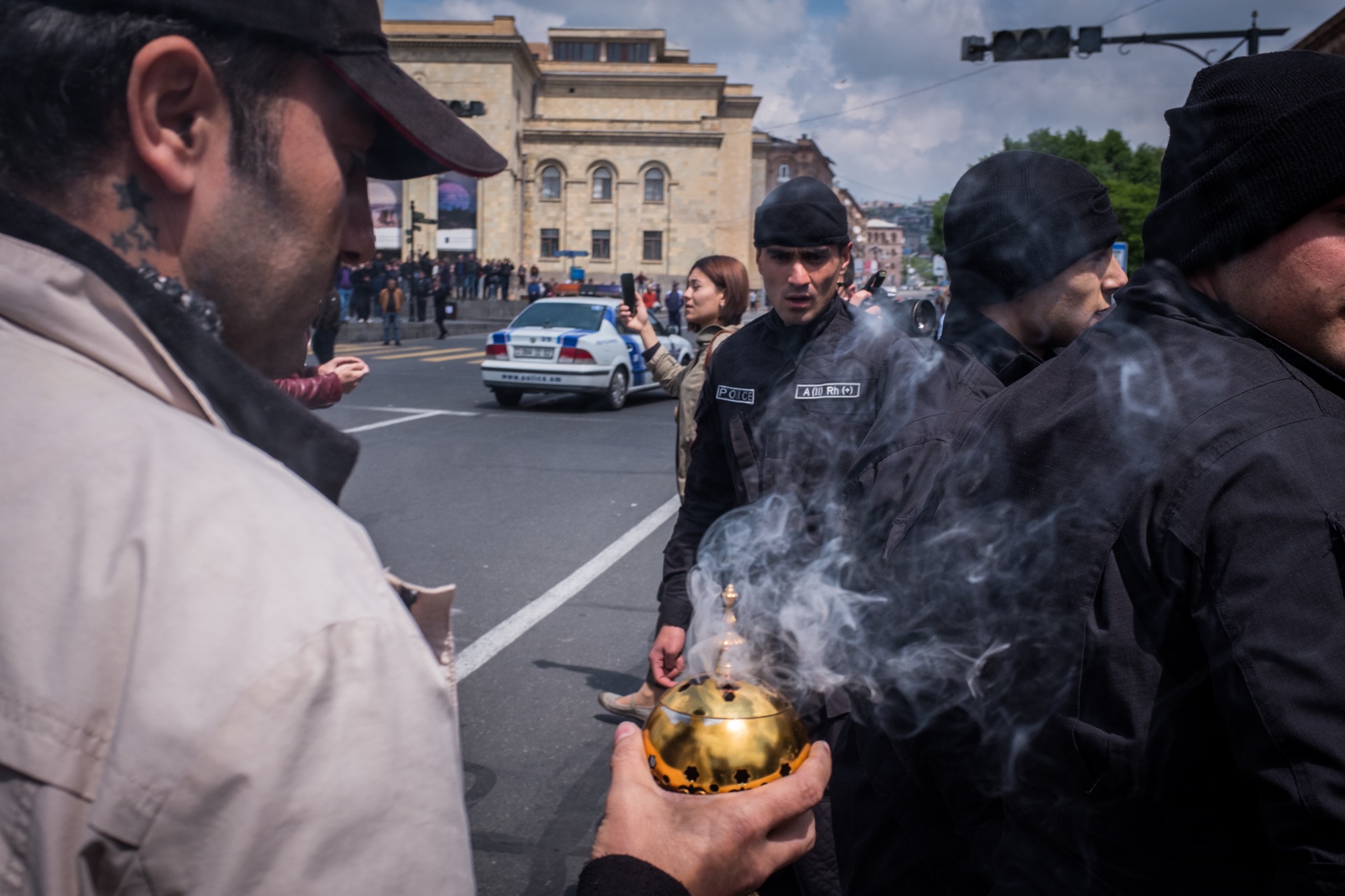 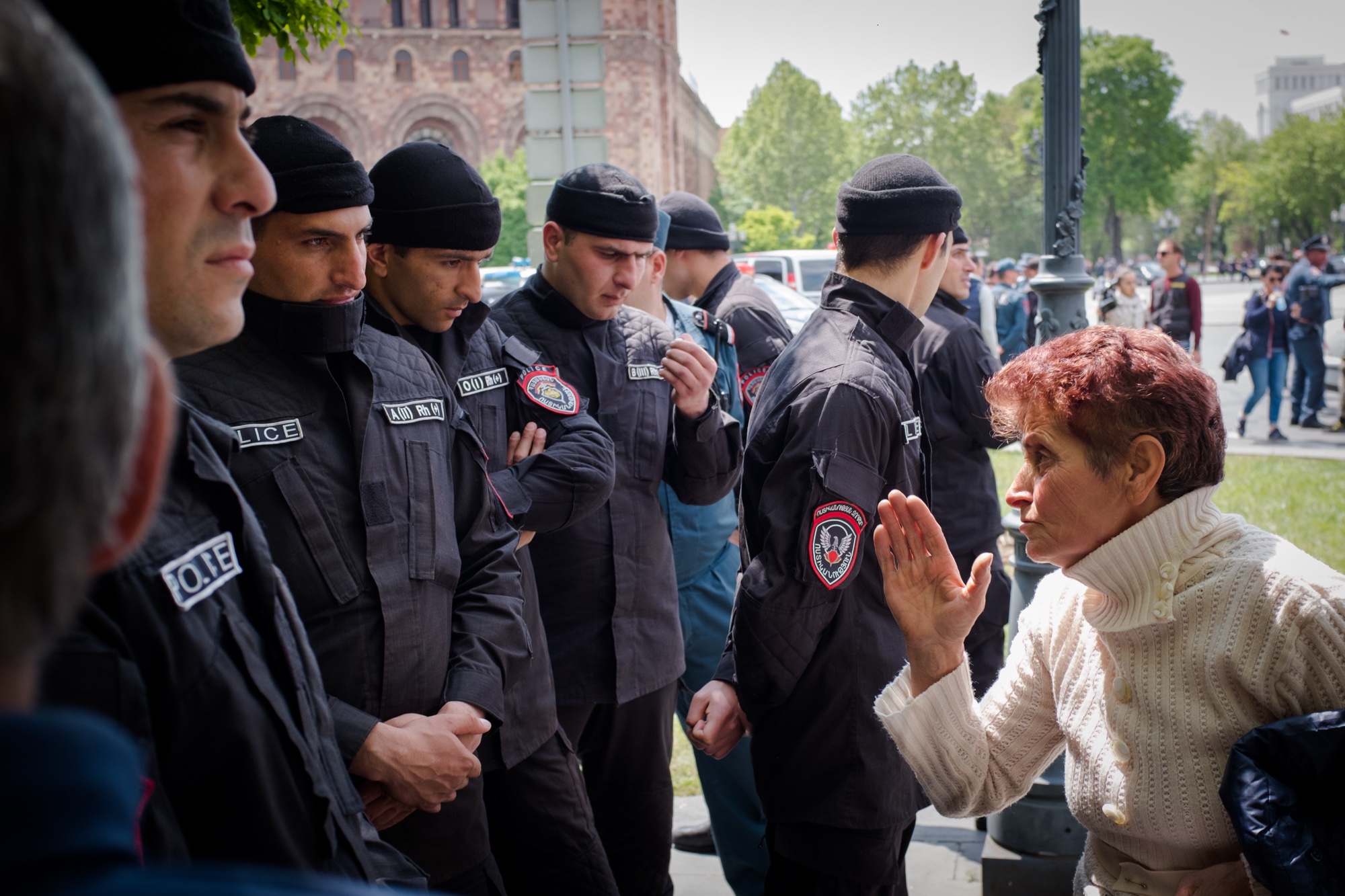 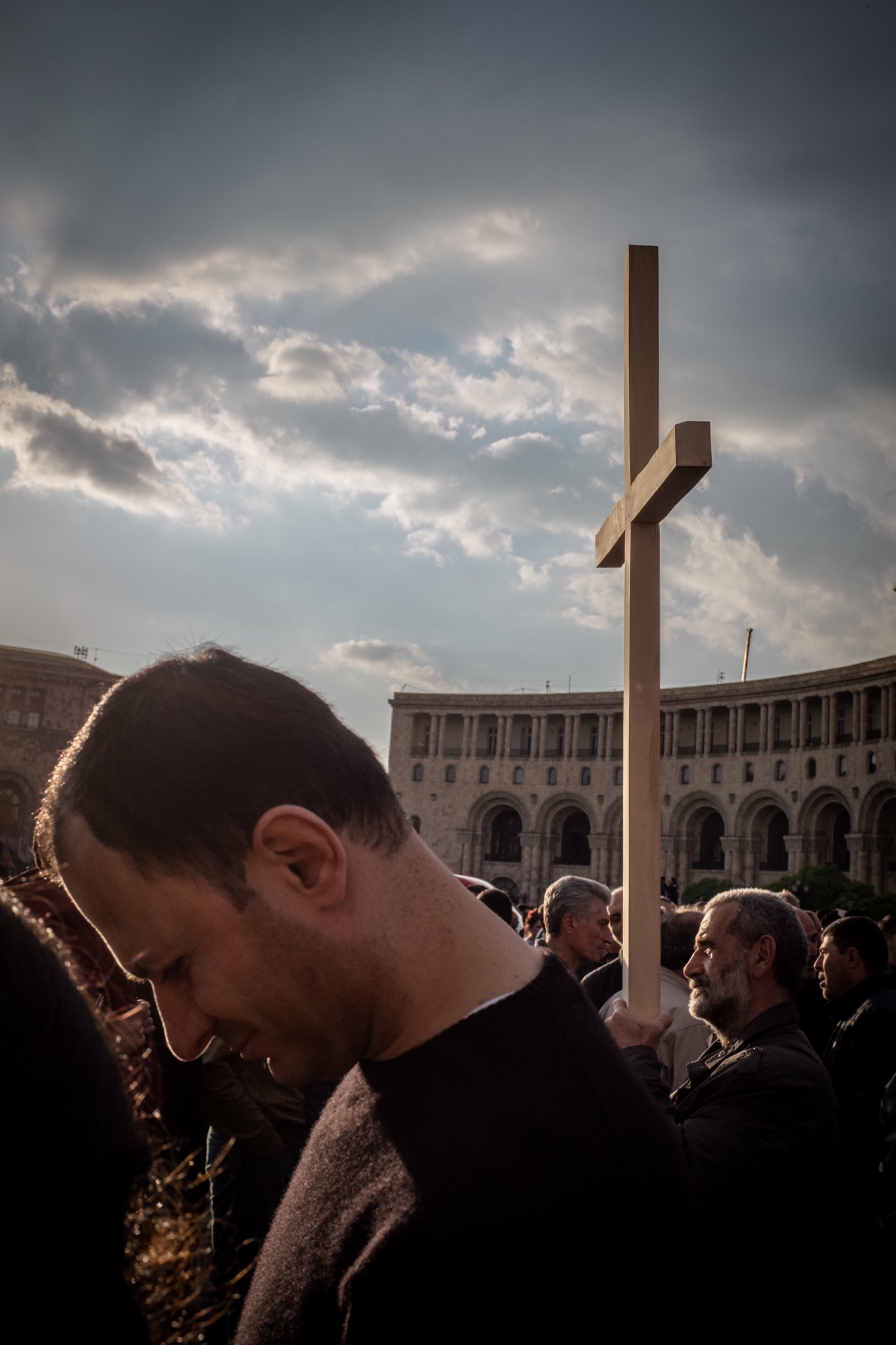 Linkedin
RELATED ARTICLES
OTHER ARTICLES
A group of young Palestinians have found temporary freedom in the act of parkour, reimagining wreckage and ruins as a series of high-octane playgrounds.
The idea that a younger generation is abandoning work has become a popular narrative online, but it doesn’t necessarily reflect reality.
Thousands of protestors gathered in Westminster to express their sadness and fury at the fatal police shooting of a young Black man in Brixton.
Financial turmoil is pushing people who work in the sex industry into more dangerous and desperate situations as a means of survival.
The workforce is now gearing up for industrial action after receiving a measly pay rise, reports Ella Glover.
Photographer David Corio’s archive offers a glimpse inside a revolutionary era of music and nightlife.