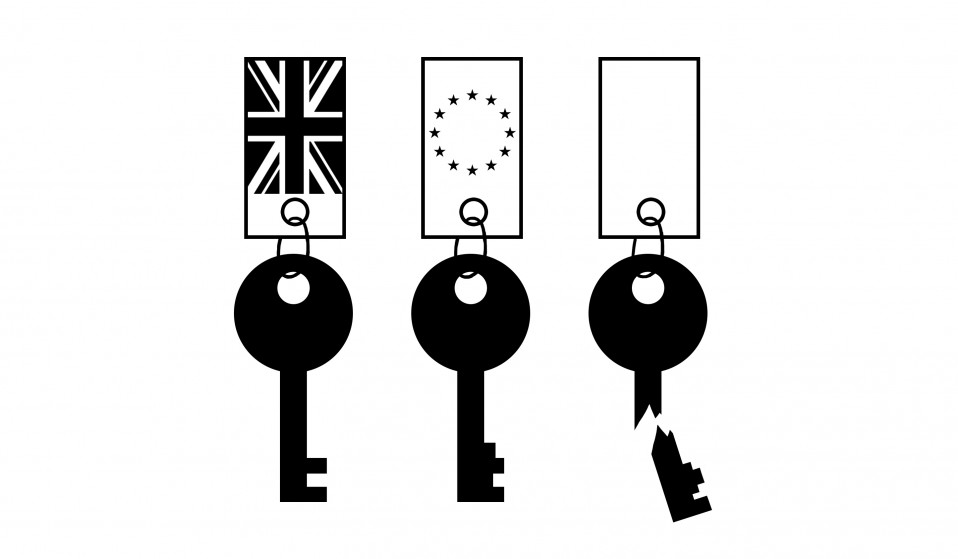 As Britain gears up for 'the biggest decision of a lifetime', a sizeable number of citizens are being denied their right to have a say on their own future within (or without) the European Union. Huck meets those silenced on the sidelines, the day before the referendum.

As Britain gears up for 'the biggest decision of a lifetime', a sizeable number of citizens are being denied their right to have a say on their own future within (or without) the European Union. Huck meets those silenced on the sidelines, the day before the referendum.

This Thursday will see Britain head to the polls to vote on the country’s continued membership of the European Union, in a vote touted by British politicians on both sides as ‘the biggest decision of a lifetime’.

The outcome is likely to impact everything from grocery shopping to rights at work, freedom of movement and, according to David Cameron, an impending World War Three. For once the electorate seems to agree on the urgency of this referendum – we’ve seen a surge in voter registration which led to an unprecedented deadline extension. It’s just one indicator of how the debate has motivated and mobilised a population.

Yet away from voter registration drives and attempts to get out the vote are an often neglected section of the population who won’t be able to have their say on Thursday. Around 2 million adults of voting age are consistently absent from the UK’s electoral register. Who are they? And how do they feel about missing out on ‘the vote of a lifetime’?

For some, their exclusion comes down to the UK’s voter registration system, and the obligation it places on voters to list their address on the publicly available electoral register. Darren is currently homeless, ‘sofa surfing’ between different family members and temporary accommodation. It’s precarious, and he has no fixed address.

He points out that the turnover in homeless units is so high that it can be impossible for those staying in them to provide an address for a polling card to be sent to. “People go from hostel to hostel; lots of  people are homeless because of poor relationships with family members, and some of them occasionally offend so that they can survive,” he says. “Those people don’t have a safe environment for post to go to.”

Even those who do have family members they can stay with can struggle to register an address; if a host is claiming benefits or contracted to a lease, they can be reluctant for temporary visitors to register or receive post at their address. Although it is possible for those without a permanent address to register, the requirement to prove a ‘local connection’ can be impossible for people moving between various temporary shelters, often in different localities to any family.

Darren also points out that having a publicly listed address is a risk some homeless people aren’t willing to take, with many finding themselves homeless because of arrest warrants and large sums of debt. The electoral register is accessible by both the police and debt collection agencies.

There are other reasons, too, why some are reluctant to list an address publicly. Cheryl was abused by a husband “physically, financially, and emotionally” over a number of years, leaving in a hurry one night for the police station where she was given emergency accommodation. She left with no belongings, least of all official documentation and ID required to register as a voter.

Despite being able to collect these at a later date – something not all women escaping a violent partner are able to do – she still faced many challenges to safely registering as a voter. “There’s an option to go on a ‘closed register’ where your address is not made public, but nobody could tell me who had access to it or where the information went.”

Indeed, the first time Cheryl enquired about the closed register, her local registration office weren’t familiar with the term. When she finally did speak to someone knowledgeable, all they could advise was that there was “limited access”. Unsurprisingly this didn’t fill her with confidence.

“This referendum feels a lot more focused on exclusion than anything else. It’s telling that despite all I’ve done in my seven years here, I don’t get to have a voice.”

In order to register on the closed register, Cheryl had to provide evidence of a need to be anonymous in the form of police reports and counter-signatories who could validate her experience. For her, this was a traumatic process of reliving the past she was trying to escape. “I feel strongly about voting; if you don’t vote, you don’t get a say,” she says. So in the end, she made a compromise between her safety and reliving her trauma, and the value she placed on casting her ballot. “I just crossed my fingers and hoped for the best. I don’t want to let my past dictate my future.”

It’s not just the registration system that sees certain parts of the population blocked from the voting process, though. Rules about eligibility for this referendum dictate that, amongst others, EU migrants and those serving sentences in prisons are banned from voting.

Alva Traebert moved to the UK from Germany almost seven years ago and feels strongly that being denied a vote speaks volumes about the view of immigrants in the UK. “I’ve lived, worked, studied and been on the board of a charity here,” she says. “I hear about the concerns people have about EU citizens taking jobs from British people, and I’m reminded that I do a lot of precarious work on zero hours contracts and a freelance basis.” And yet she won’t be able to have her say on the immigration debate that has dominated this referendum by casting a vote on 23 June. “This referendum feels a lot more focused on exclusion than anything else. It’s telling that despite all I’ve done in my seven years here, I don’t get to have a voice.”

The issue of prisoner voting is also a thorny one in this referendum, not least because the European Court of Human Rights have ruled on multiple occasions that denying prisoners a vote is a breach of their human rights. David Cameron, though, has enforced a blanket ban, famously saying that the thought of prisoners voting makes him feel “physically sick”. Billy, who recently left prison, finds this offensive and at odds with the principles of rehabilitation the government supposedly support.

“I think it would make me come out a better person. Being in custody is all about getting ready to reintegrate back into the community, and voting is a major part of being a member of a community.” He describes lively political debates among prisoners frustrated at their lack of democratic voice, noting that issues directly affecting them – criminal justice, prison services and support for ex-offenders – are all up for debate in any vote or referendum.

On Thursday, then, while millions around the UK have their say on the country’s future in the EU – a membership with impacts as far reaching as immigration, welfare, trade and the economy – a sizable group of citizens will find themselves without a say. It just so happens that they might also be those most in need of having their perspective heard. As Billy says, “I’d like to vote because I want to have a voice. I’ve got opinions about how different people are treated differently, and how some people don’t have the same rights as others.”

Some names have been changed to protect identities.

Linkedin
RELATED ARTICLES
OTHER ARTICLES
A new photo series documents tribes preserving the environment through simple, sustainable practices in central Asia.
After voting to strike across England, prison teachers explain why they’ve been pushed to a breaking point.
We catch up with the singer in her London studio to connect the dots between music, painting and her relationship with the city.
Photographer Ira Lapu documents the lives of ordinary Ukrainians living amid a brutal conflict.
The Egyptian government are continuing the repressive mistreatment of environmental campaigners.
Whether it was seacoalers in Northumberland or the miners’ strike, the photographer was always fully immersed in the story he sought to capture.