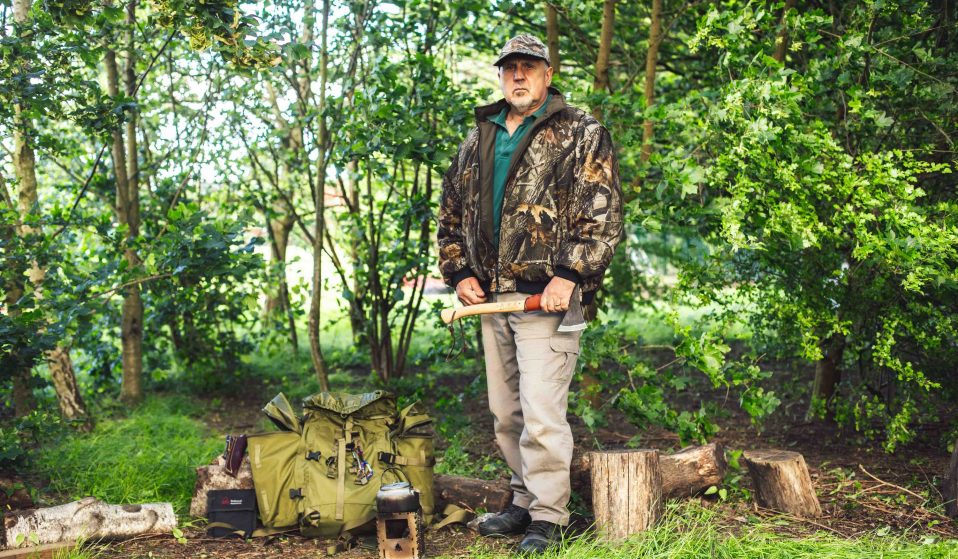 UK survivalist Steve Hart has spent 40 years preparing for every potential disaster the human race might face. So how does he fare in a pandemic?

UK survivalist Steve Hart has spent 40 years preparing for every potential disaster the human race might face. So how does he fare in a pandemic?

How can you prepare for a global pandemic? Maybe you could panic buy enough pasta to build your own mountain? Or hoard enough toilet paper to clean the arses of an army?

For some people, preparing for a disaster – or ‘prepping’, as it’s more commonly known – is simply a pragmatic part of everyday life. Rather than storming the shops and clearing the aisles, preppers have been ahead of the curve for years, actively getting ready for every potential emergency the human race might face.

With the coronavirus crisis still ongoing, we caught up with Steve Hart, the prepper behind the largest survivalism website in the UK, to find out the best (and most conscientious) ways of surviving it.

Hi Steve. How long have you been a prepper?
Steve Hart: I’ve been prepping in a semi-serious way for about 10 years, but generally about 40 years. It started for me when I was hiking around Australia. I had a sort of emergency situation there, and it brought home to me how underprepared I was.

What happened in Australia?
Steve Hart: Well, it was me versus a snake. Basically, it’s not a wise idea to go trekking through a rainforest in flip flops, because after half an hour you’re pulling off leeches from between your toes. If you haven’t got anything like salt or fire, you’ve gotta prise the buggers off, and then you’re gonna get an infection. Anyway, it wasn’t the leeches that got me: it was Mr Snake. It snowballed into quite a dangerous situation that needed some serious attention.

Since then, I’ve been prepping on and off, but more seriously in the last 10 years. Since I’ve had my website I’ve realised there’s a huge community of preppers out there. It’s quite an underground movement, but with the latest pandemic it has become a bit more mainstream. Preppers have gone from tin hat-wearing loonies to visionaries. We’ve got a slightly better reputation now. It’s only the Americans that taint the reputation anyway. 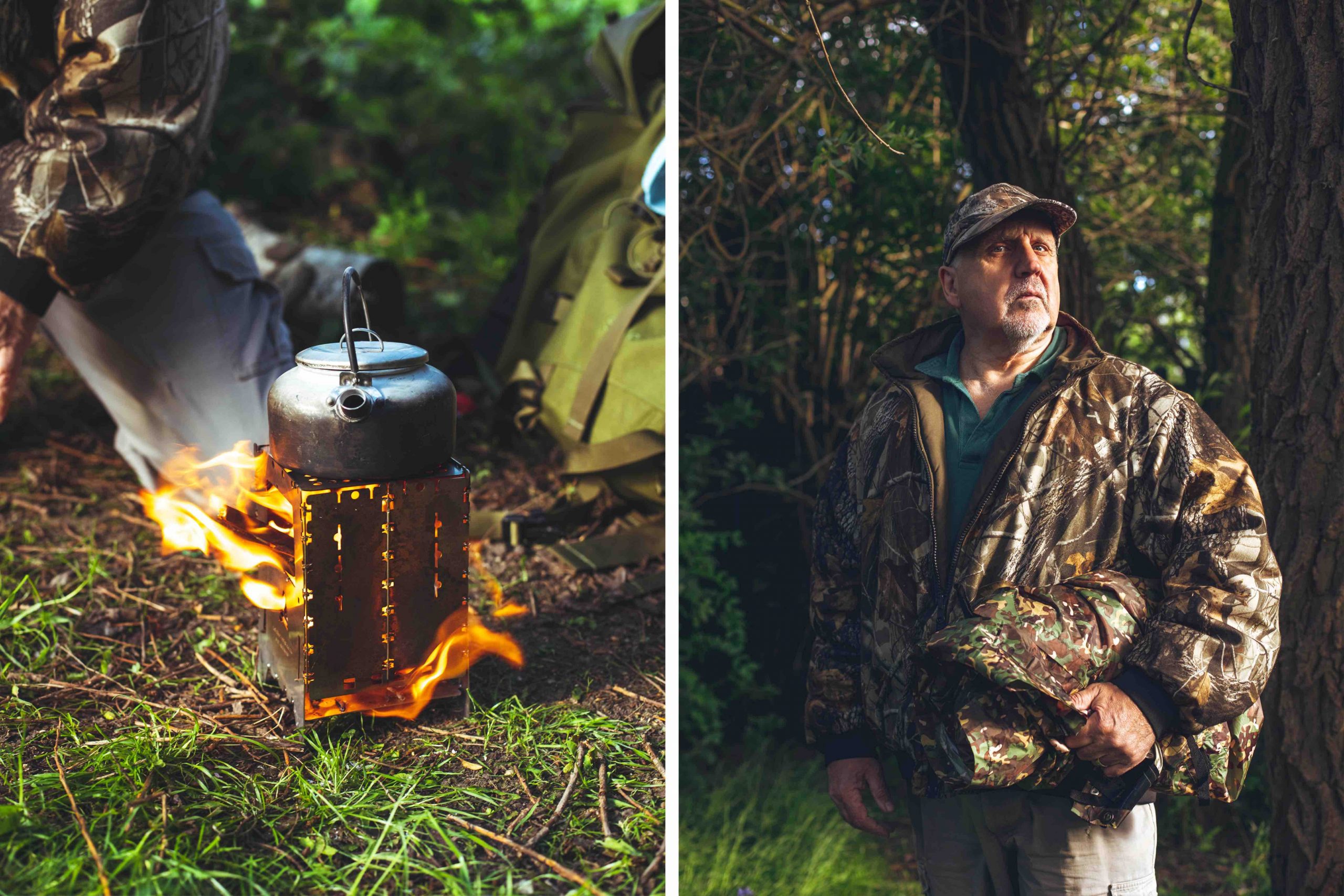 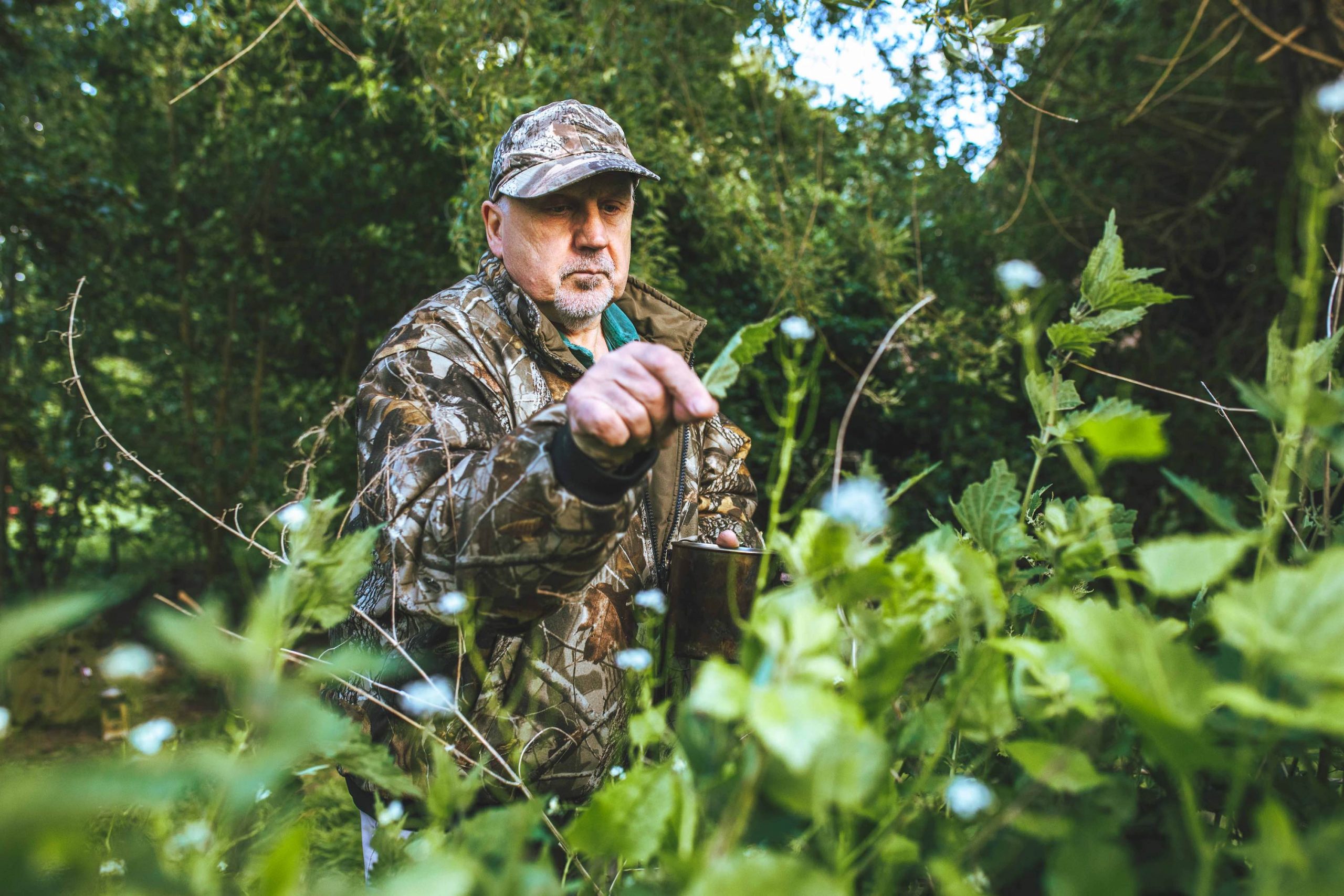 How do they do that?
Steve Hart: You’ve only got to look at any of the doomsday prepper type programs that are shown on the TV: you’ve got your so-called average American prepper, who gauges their preparedness by how many AK-47s and ammo they’ve got. Over here it’s a lot more sensible and realistic, and I think a lot more understated.

The thing is, prepping isn’t just about hoarding things and wearing tin hats and worrying about the Martians landing. For me, it’s a massive hobby; and a very enjoyable one. My website encapsulates prepping, bushcraft and survival because all three of them go together.

How has being a prepper helped you in a global pandemic?
Steve Hart: This current virus hasn’t really affected me. I wasn’t prepping for a pandemic, but I already had a two-month store of food, for example, that can keep me and my wife going happily. It’s nothing fantastic, it’s all the stuff you can get from the supermarket. I replace it on a rolling basis so that it stays fresh, and if I’m down the supermarket and they’re doing cans of beans buy one get one free I’ll grab one and put it in my little store… It’s not really rocket science, It’s just common sense.

What are your thoughts on all of the crazy hoarding that took place – the panic buying of toilet roll and paste – when all of this kicked off?
Steve Hart: It was uneducated and an overreaction, it was monkey see monkey do. I’d say people stocked up on the wrong things and I think understocked as well: what are you going to do with 300 packets of pasta and one tin of beans? And this crap about everybody fighting for toilet paper, it was absolute lunacy.

I’m not saying I’ve got piles of toilet roll, but I do have bath towels. One bath towel will make about 20 ‘dooey rags’, and you can just wipe your arse on them! Put them in a bag, when the bag’s finished put them in boiling water, then use them again. It’s an unlimited supply of toilet paper. 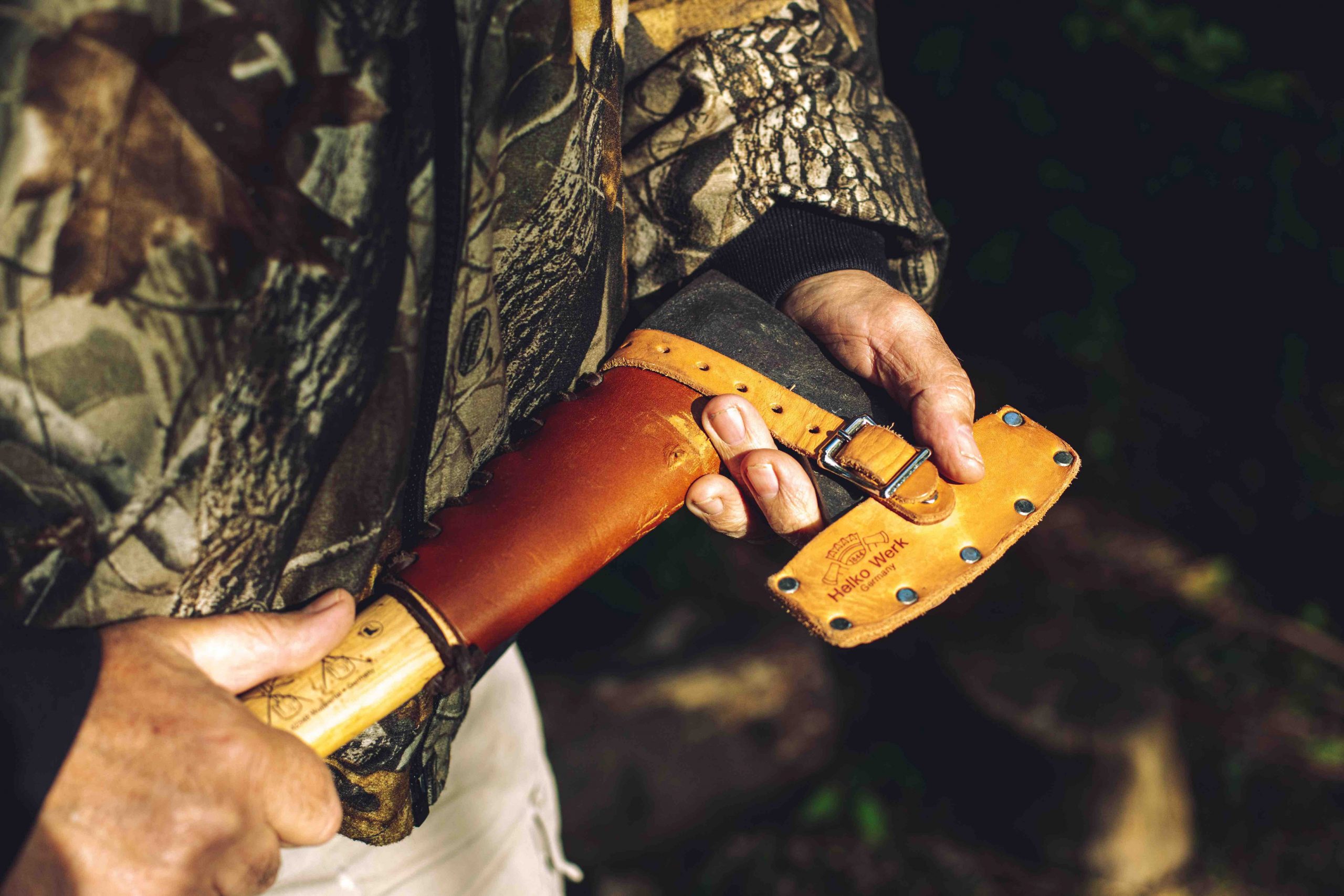 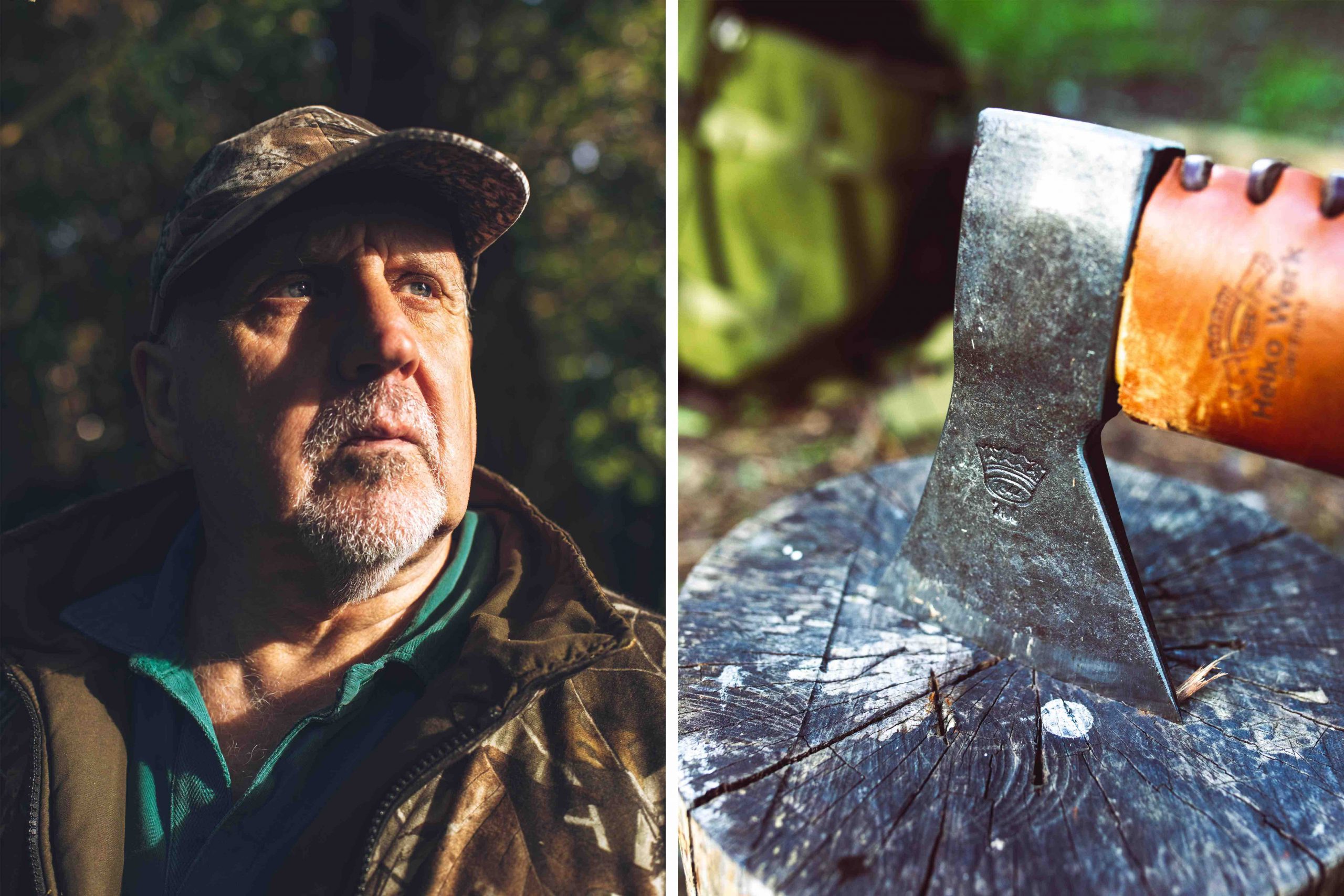 What are some of the more catastrophic situations you’ve prepped for and how have you done it?
Steve Hart: Well the biggest one would be total financial collapse or the electricity grid going down. Next is obviously nuclear problems, but I can’t see that happening. I’ve got a nuclear suit for me and my wife just in case though. But the virus thing has sort of come up the list.

Okay, let’s say electricity disappears tomorrow. Talk me through what would happen, what would you do?
Steve Hart: Well we’d go back to the dark ages. We’d lose transportation, food distribution and supplies, fuel, communications – everything. If that were to happen you’ve got a situation where you’ve got no means of heat, so in the winter you’re gonna have a vast majority of people literally freezing to death because they can’t heat their home. You can’t keep food fresh because you can’t cool or freeze it, so you’re going to start to get problems with hunger and problems with food supply you’re going to get starvation. That is the only scenario where you would get people on the streets trying to steal other people’s supplies, it would possibly become a free for all in that situation.

It becomes really dangerous when you’re forced to leave your home. As soon as you leave your home you become a refugee, so you can only have what you can carry and what’s on your back, which has to be your whole survival kit. It’s known as the ‘Bug Out’ bag. You really have to go and experience what five days living off the land is like to understand that it’s bloody awful and really difficult.

What are the essential items you’d have in your Bug Out bag to survive the apocalypse?
Steve Hart: Well definitely a tarp for shelter, to keep warm and dry. Another would be a bushcraft knife. I think a sleeping bag is important but some people would disagree with that. Sleep is an important thing and if you’re not fully functioning in the head that’s when mistakes come. Absolutely essential is water filtration, so that you don’t have to carry gallons of water that’s going to run out anyway. A survival book that covers all edible plants. You’d also need your means of procuring food like an air rifle, traps and fishing kit. Obviously a medical kit as well. 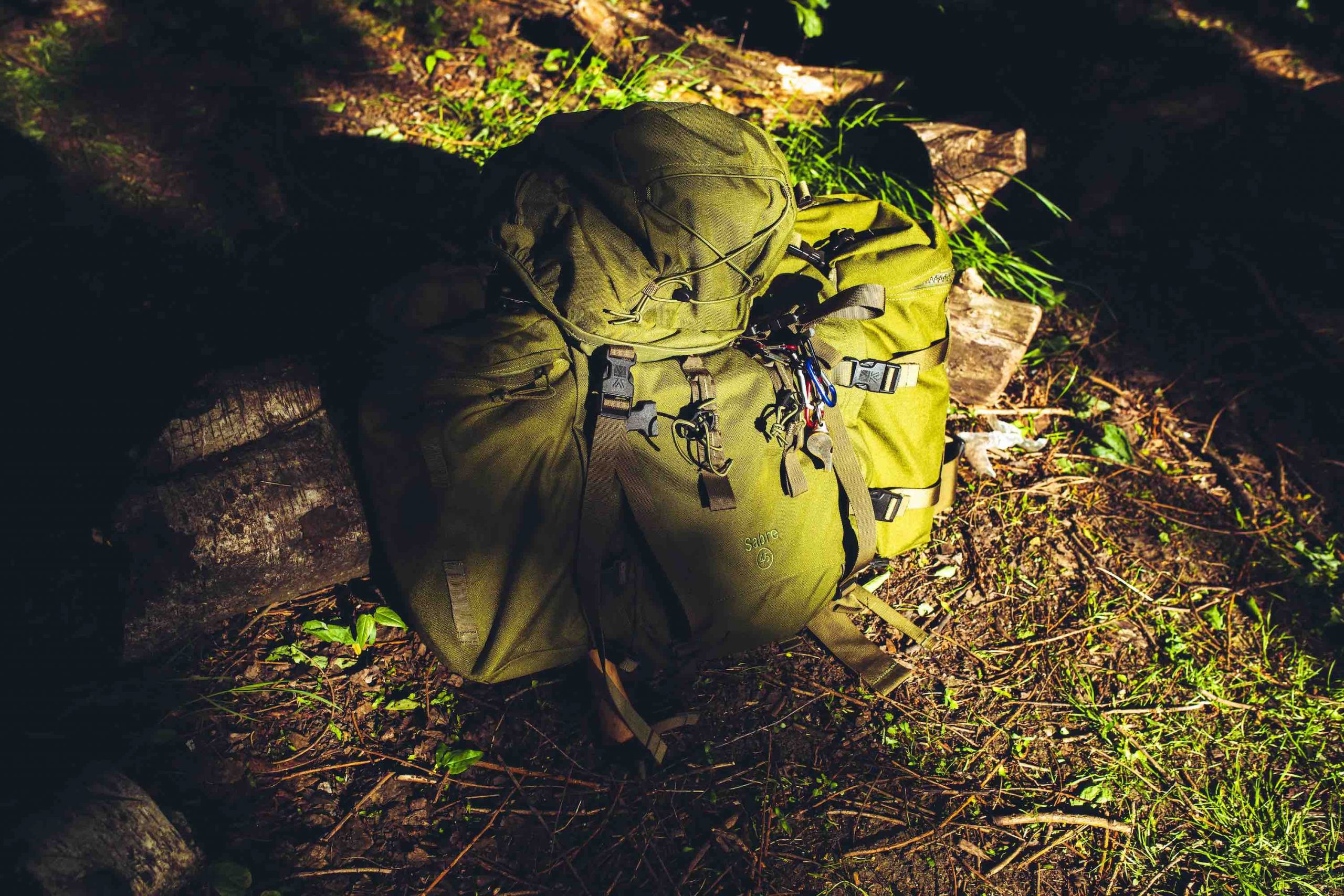 Sounds like you’re going to need a pretty big bag.
Steve Hart: My bag weighs about 30 pounds which is enough for me, I can walk about five miles in that but wouldn’t want to go much further. Some people have these bags that weigh 80 or 90 pounds and they’ve never had it on their back. Unless you train a few times a week with that weight on your back you won’t be able to walk 10 steps, let alone 10 miles.

What advice would you give to people in prepping for a potentially disastrous situation?
Steve Hart: Stay in your home for as long as possible. Don’t make yourself homeless and vulnerable for no reason. Always stop and think first, and if you have to leave then already have preconceived areas of where you’re going to. Find yourself a location that’s out of the area and within walking distance of your home, then lay low and keep below the radar. If the grid goes down, death rates could rise exponentially and within a month half the population could be gone. Now, if you’re able to live off the land, under the radar, and just sit and watch, when you want to go back home there’ll be a fraction of the people – there should be more resources and it should be easier to survive back where you were. That said, there’s no definitive answer, and it completely depends on the particularities of the situation. 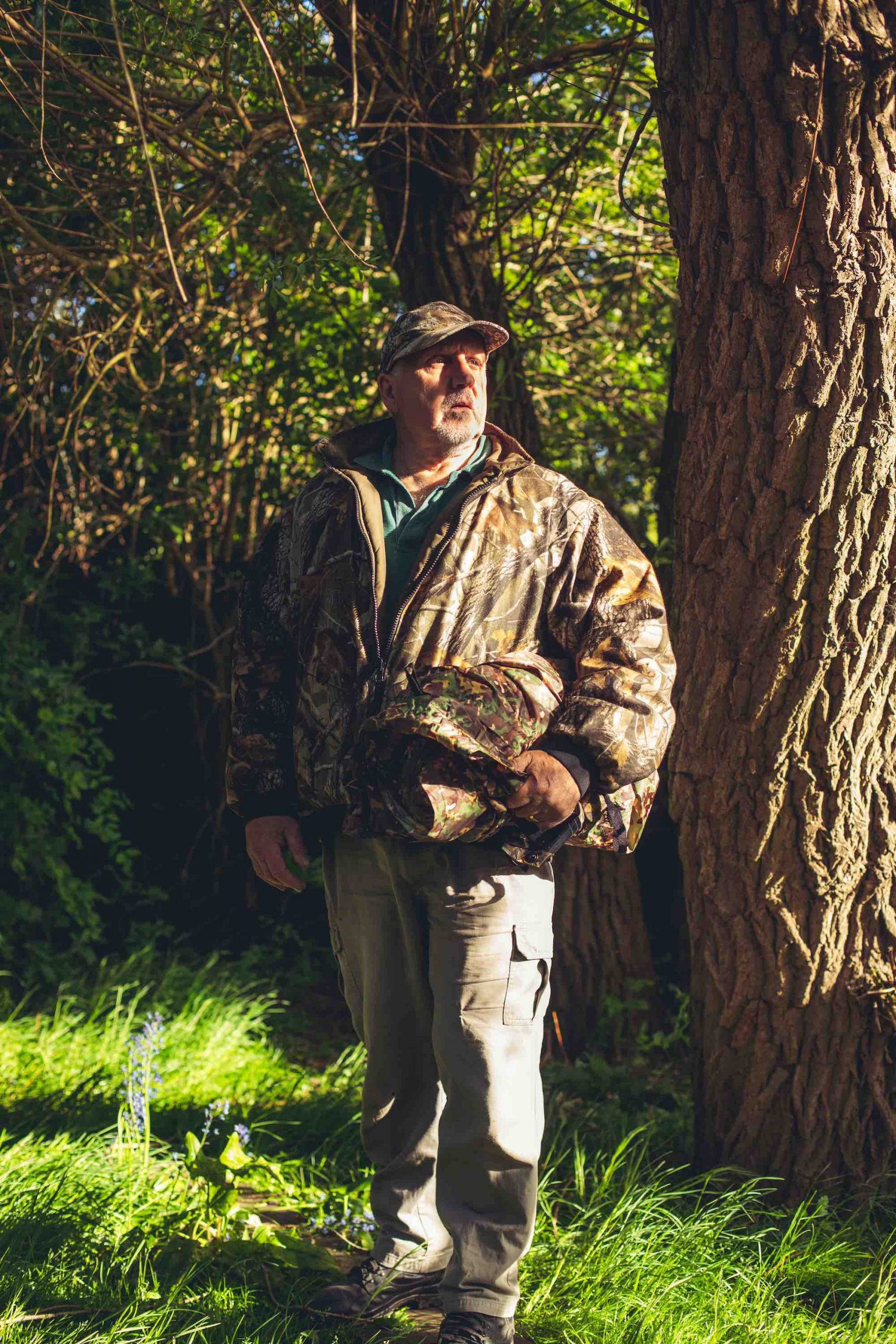 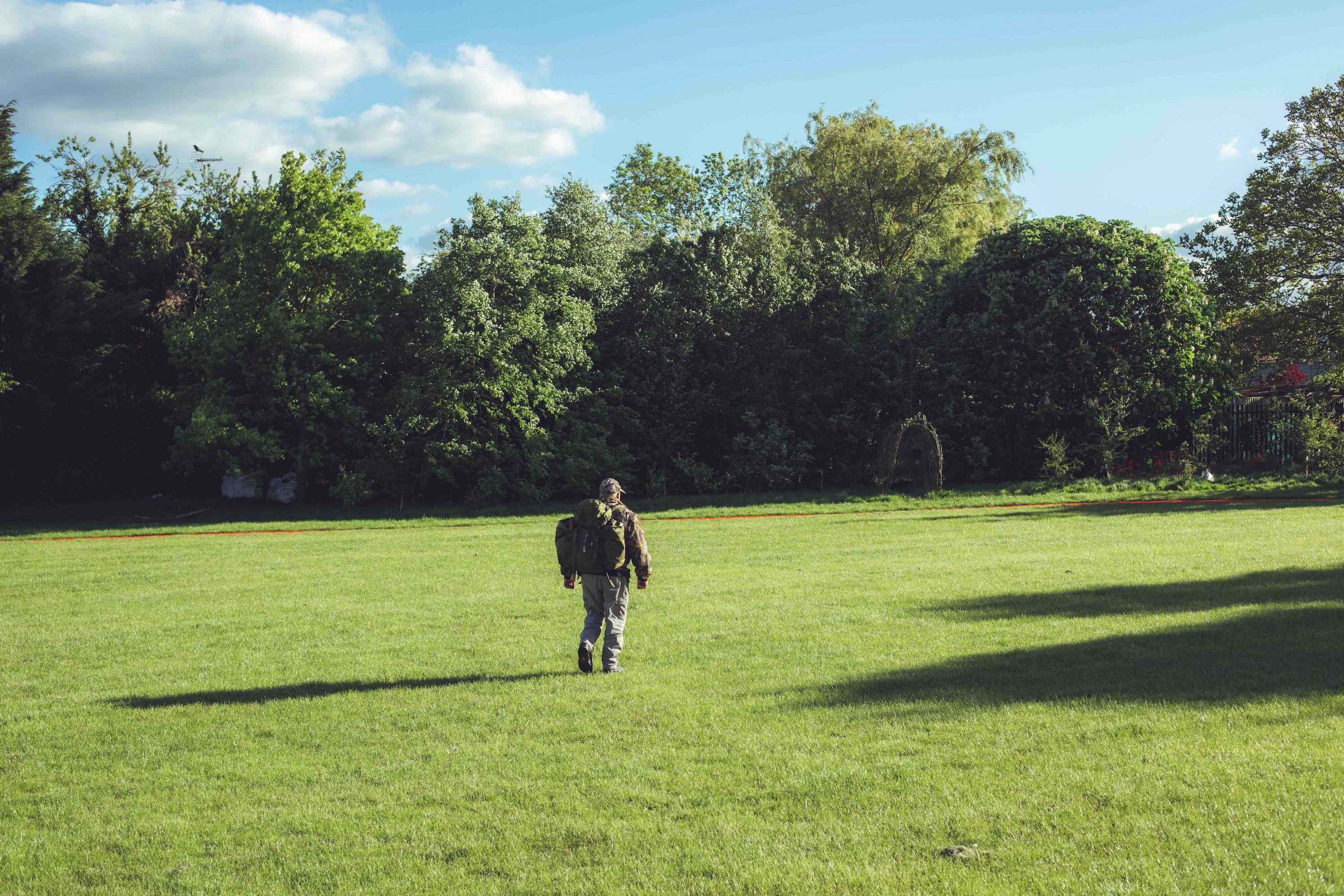 Linkedin
RELATED ARTICLES
OTHER ARTICLES
Cindy Campbell recounts how her brother ushered in a new era of musical culture at a party she held in the Bronx in ‘70s.
Rhiannon Adam spent three months capturing an ageing society wracked by division, isolation, and the aftermath of scandal.
Yesterday thousands gathered outside Buckingham Palace after news of the Queen’s death broke.
Following the announcement of an 80% hike in the energy price cap from 1st October, crowds gathered outside the offices of energy regulator Ofgem to protest and declare their intention to undertake a payment strike.
In his 2008 series, the photographer pictured himself as Angela Davis, Martin Luther King Jr., Malcolm X, and other prominent figures.
Sean Maung’s photos are a love letter to the Black and brown communities that make up New York.