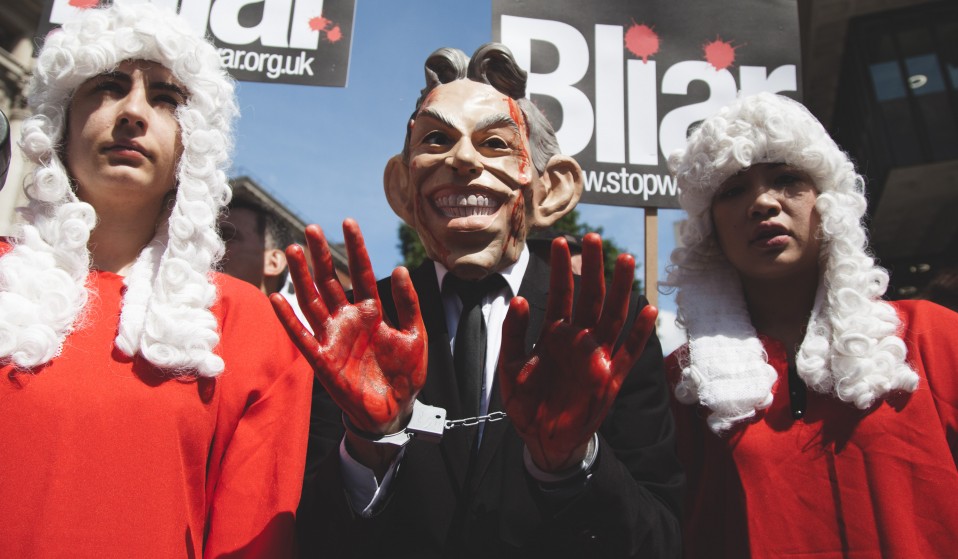 As the Chilcot report was presented in a packed-out Westminster conference suite, protestors outside made it clear that this report is only the beginning for justice and accountability.

As the Chilcot report was presented in a packed-out Westminster conference suite, protestors outside made it clear that this report is only the beginning for justice and accountability.

As I make my way across the battle-worn ground of London’s Parliament Square, the sounds of megaphones and chanting echo all around me. It seems fitting, really, that people are angry. Inside the Queen Elizabeth II Conference Centre, the long-awaited Chilcot enquiry report is to be made public, an investigation into Britain’s role in the Iraq war that’s been seven years in the making. For the families of the loves ones who’ve died, both British and Iraqi, it’s been a long, long wait. 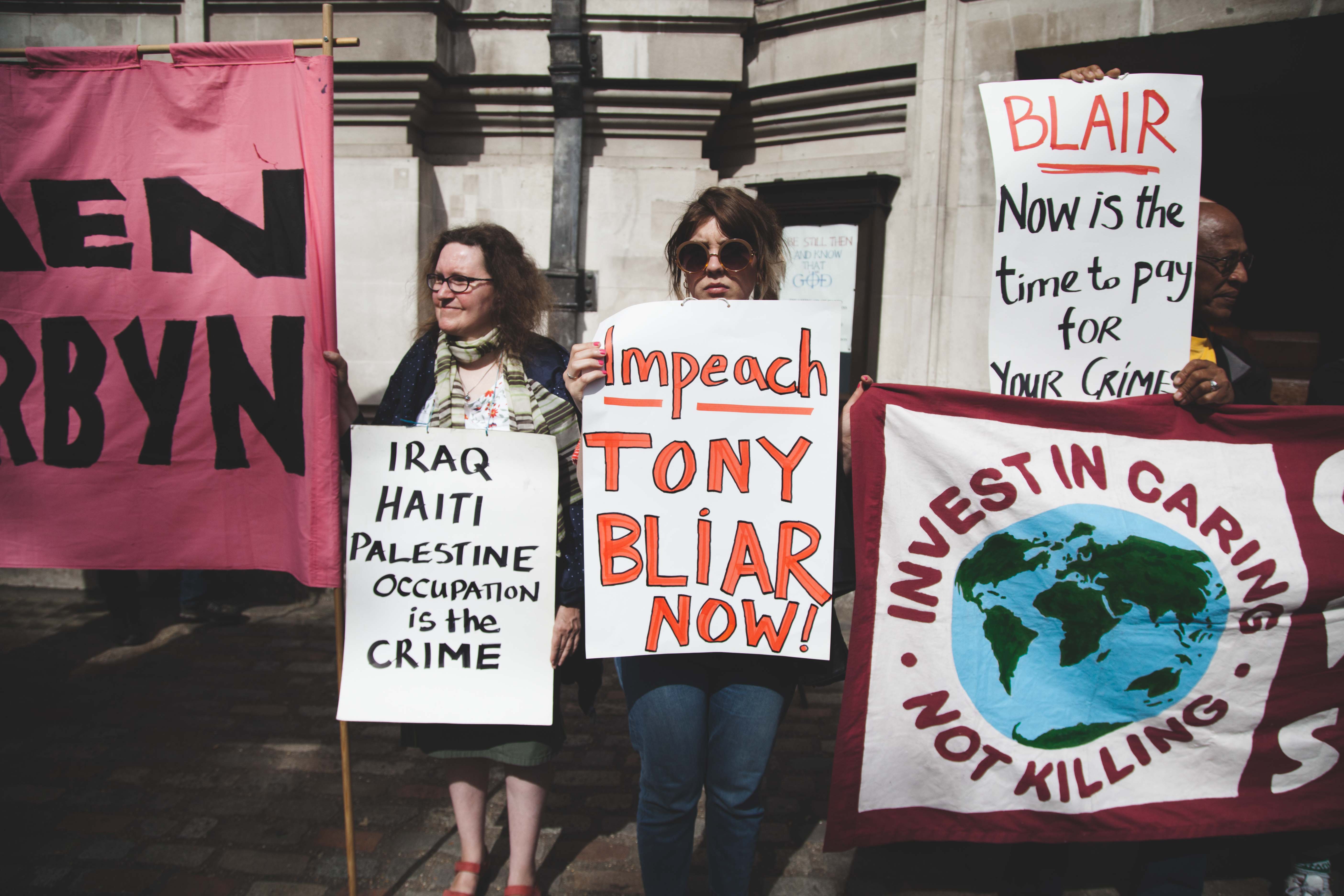 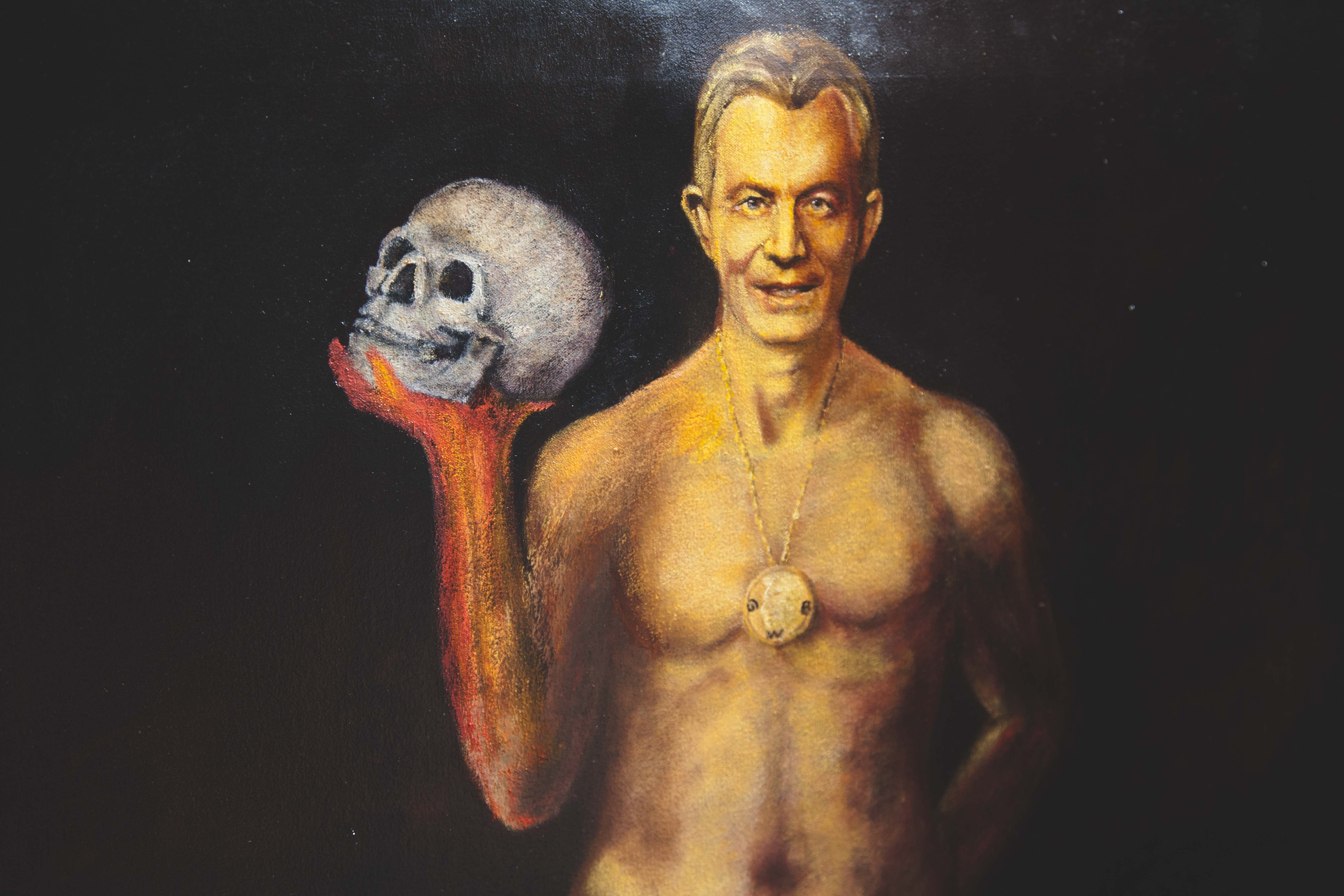 Some protesters stand in Tony Blair masks covered in blood, chucking wads of fake cash at assembled members of the press. In the coming days it’ll be Blair who is rightly scrutinised for his role in the illegal invasion, while the complicit media (both right-wing and otherwise) will probably get off scot-free despite their role in fuelling pro-war sentiments and harassing those who dared to speak out.

Cries of “We need Corbyn” and “Tony Blair! War Criminal!” are called back and forth between the impassioned crowd as a host of speakers make their way up onto a platform. “I’ve just spoken to somebody inside the enquiry”, interrupts Director of the Stop The War Coalition, Lindsey German. “What they tell me is that this is a very damning report of Tony Blair.” 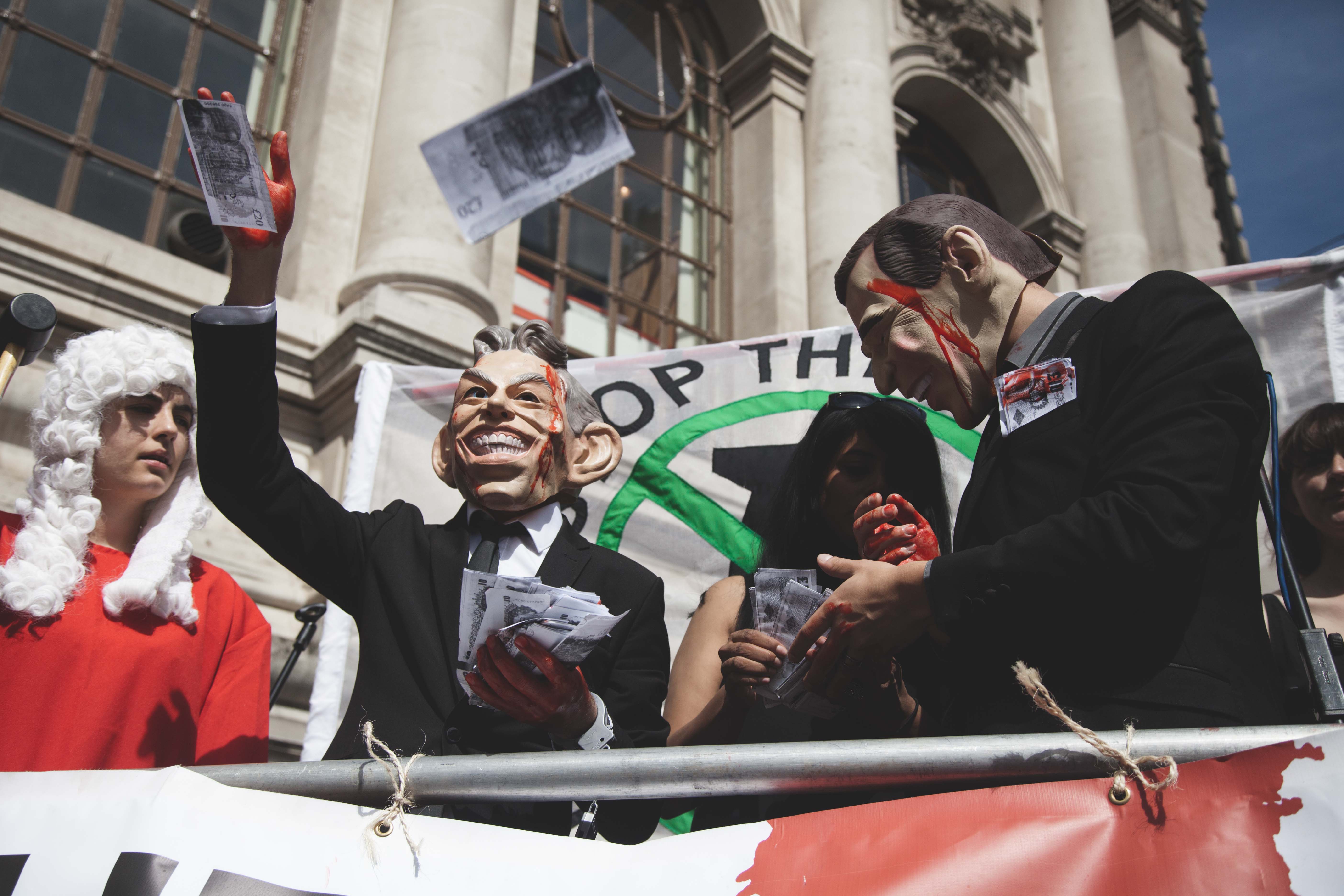 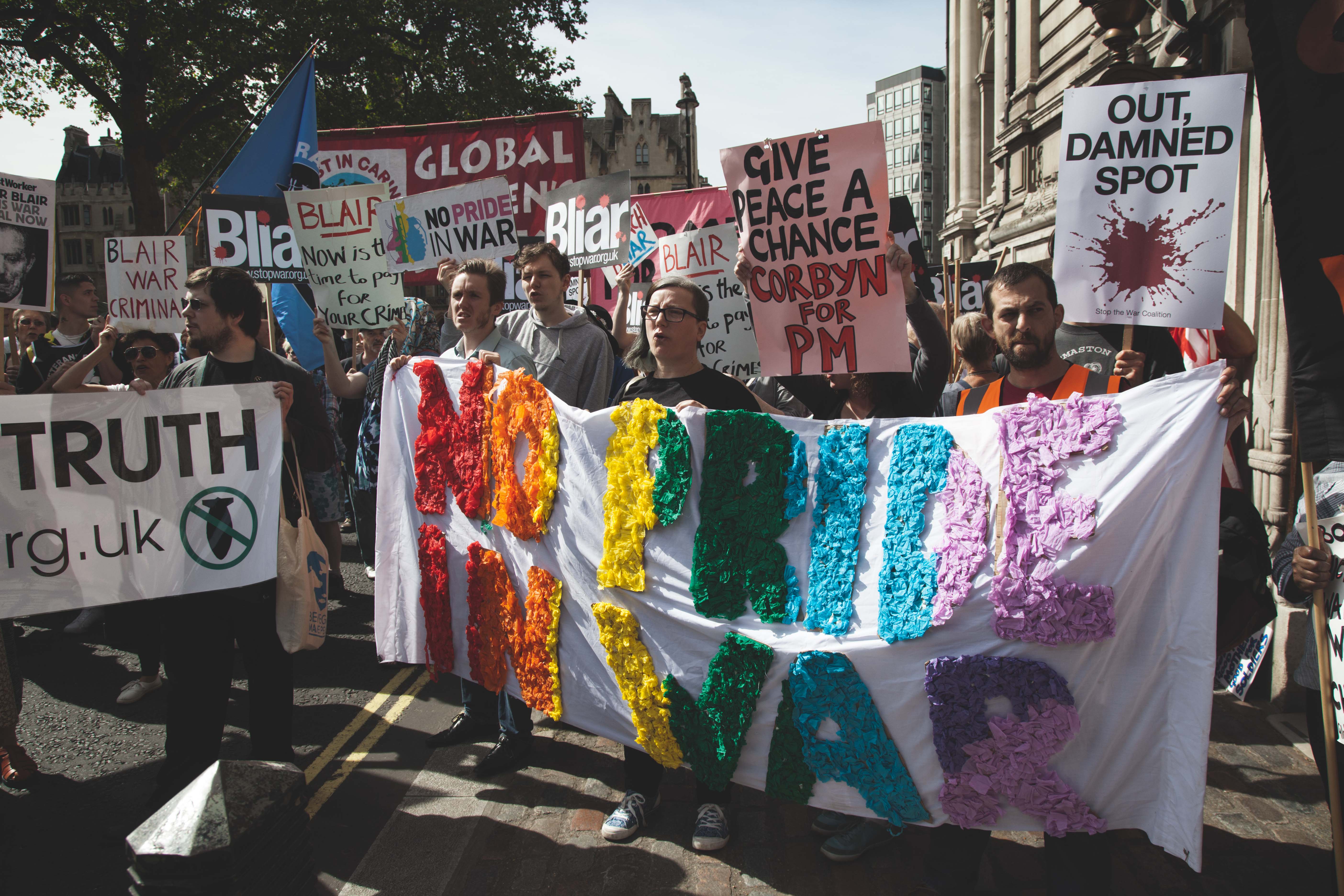 “Hassan Zaid Hamudi, Age 10, Amor Muhammed Hamudi, Age 1…” reads journalist Victoria Britain, listing the names of just some of those who have died as a result of this ill-thought-out conflict. Aside from the 179 British military personnel who were killed in combat, conservative estimates put the Iraq death toll at over 150,000. The conflict has also seen the displacement of three-to-five million Iraqis. The crowd is silent.

Out the corner of  my eye I catch a glimpse of MP George Kerevan as he makes his way down off stage. “People are forgetting that senior members of the military are implicated”, he tells me. “They went into a war which they were not prepared for. They were sent in under a false prognoses, a false truth, but they were also sent there to do their job.” 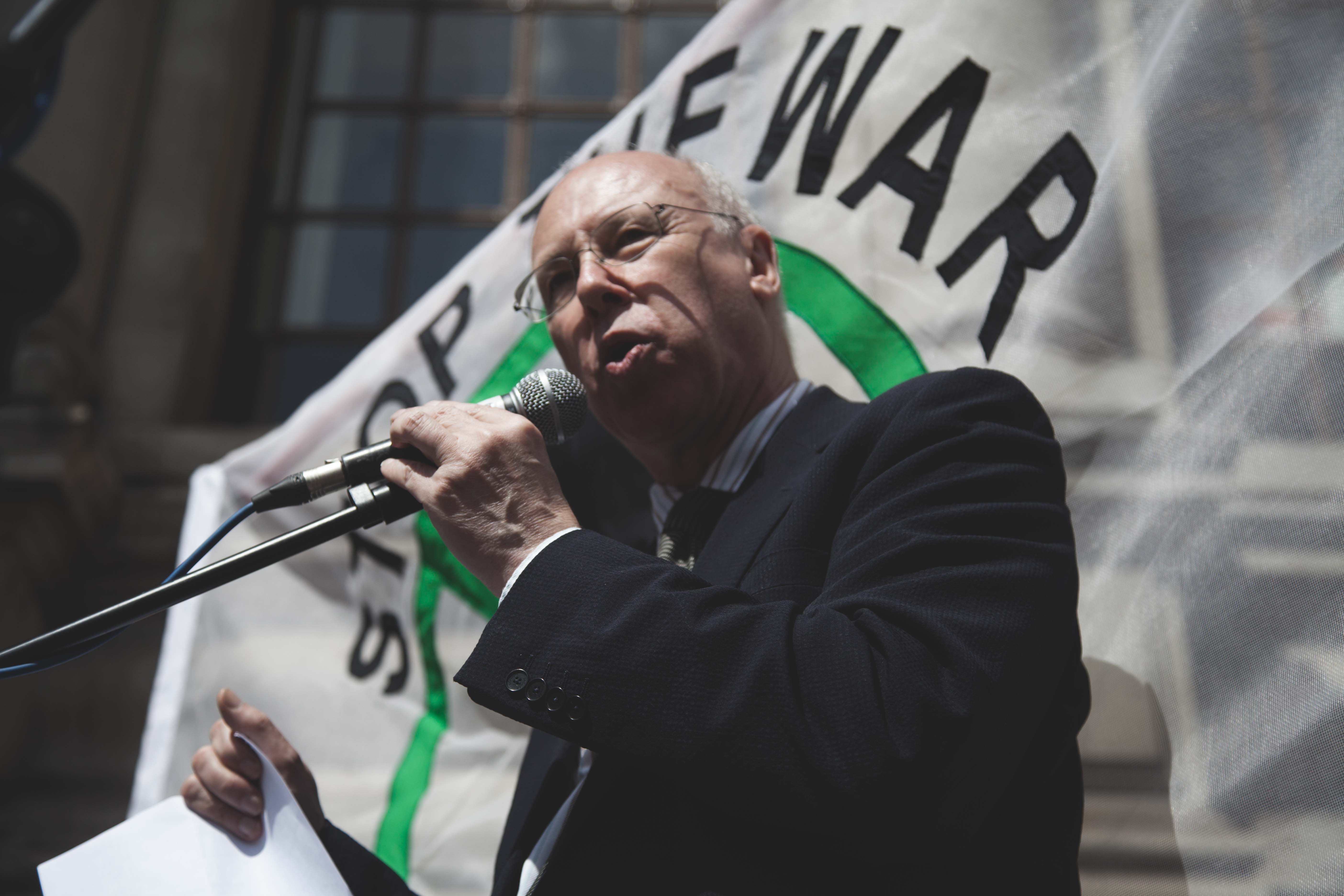 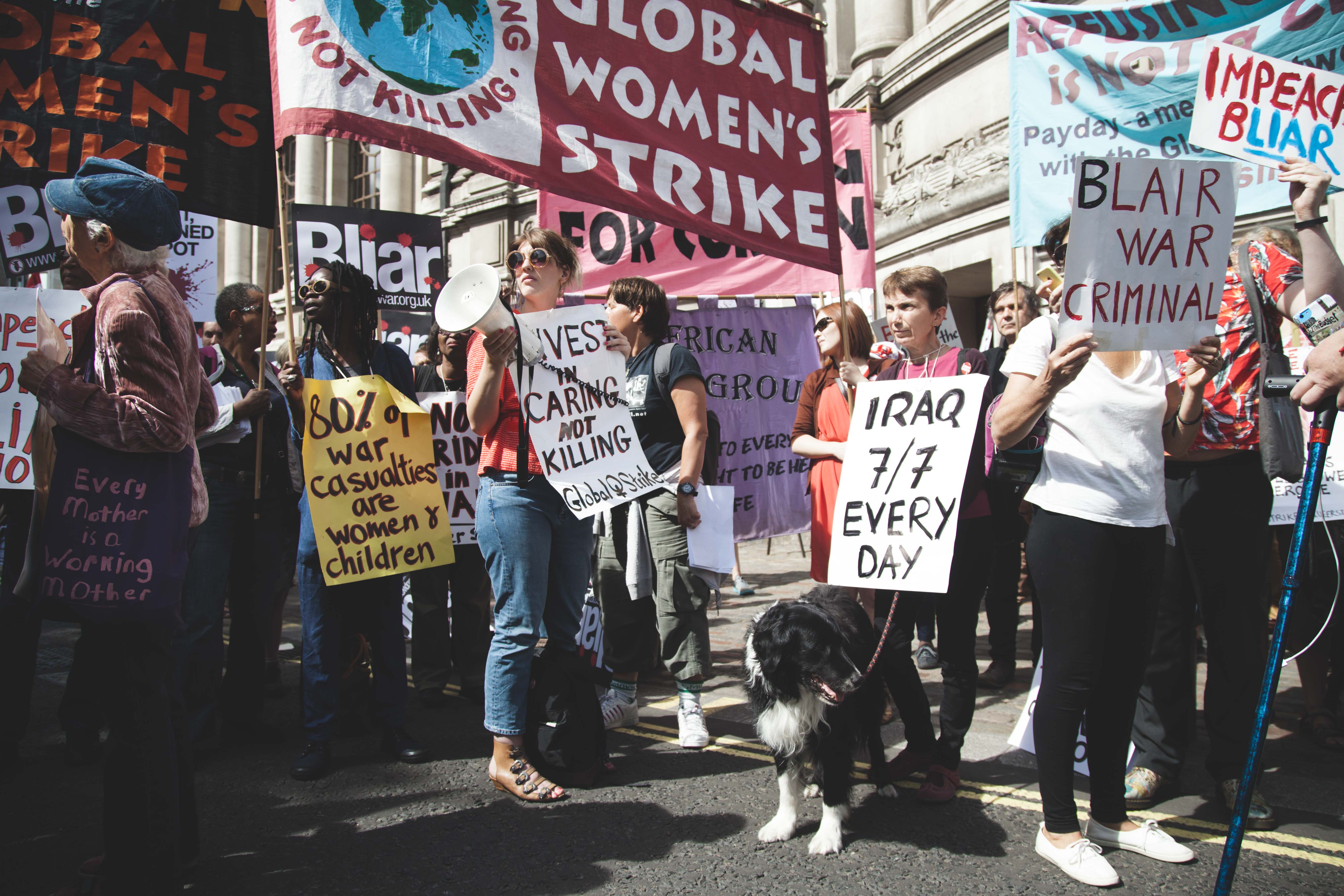 “I ask Blair to look to Iraq, look to Syria, to Lebanon, to Lybia, they’ve all gone to chaos”, complains a frustrated Incasa Oraibi in my direction. Incasa was born in Iraq, but was forced to leave Baghdad in 2006. “This is what you have done. I don’t cry only for my brother, I cry for everyone.” 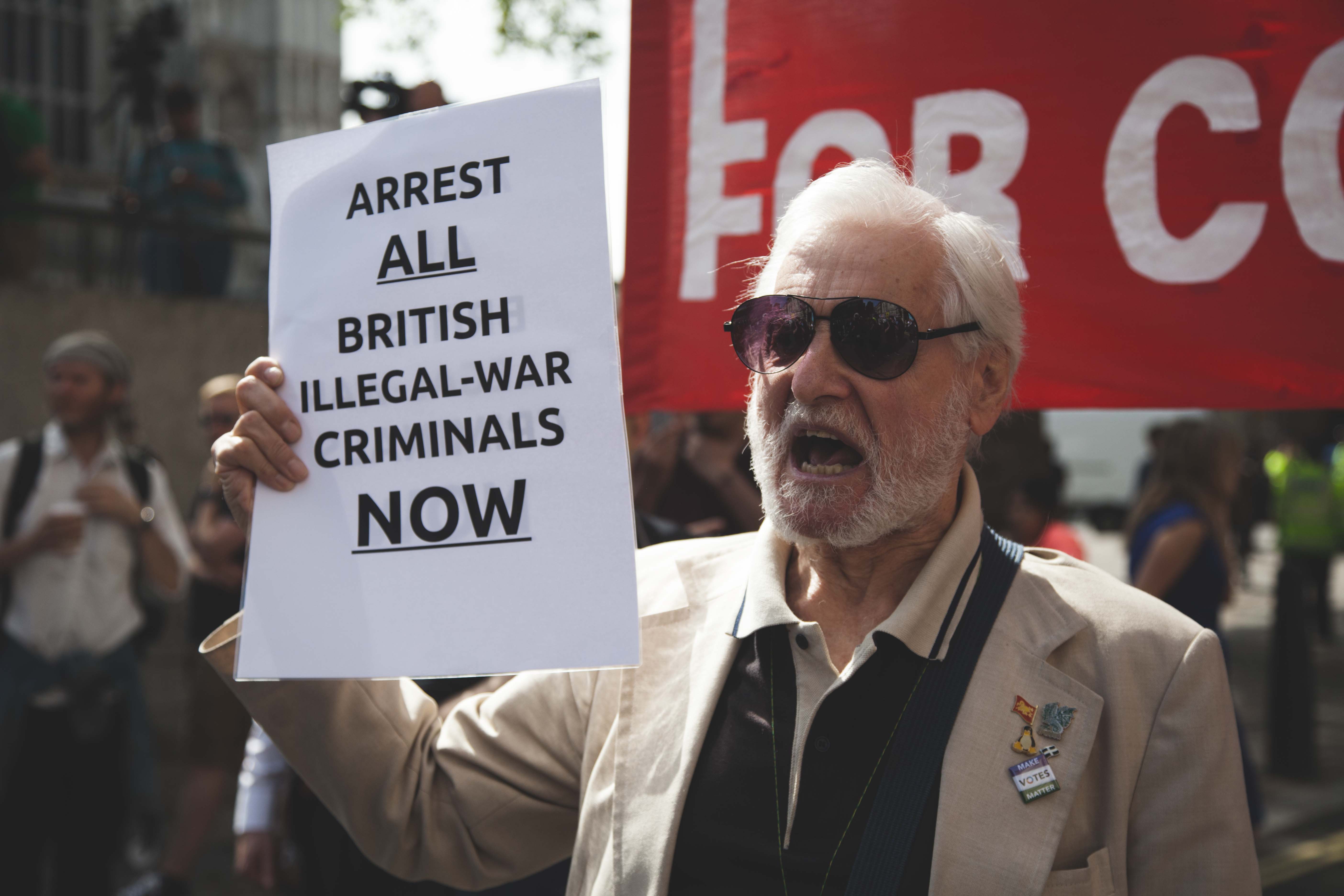 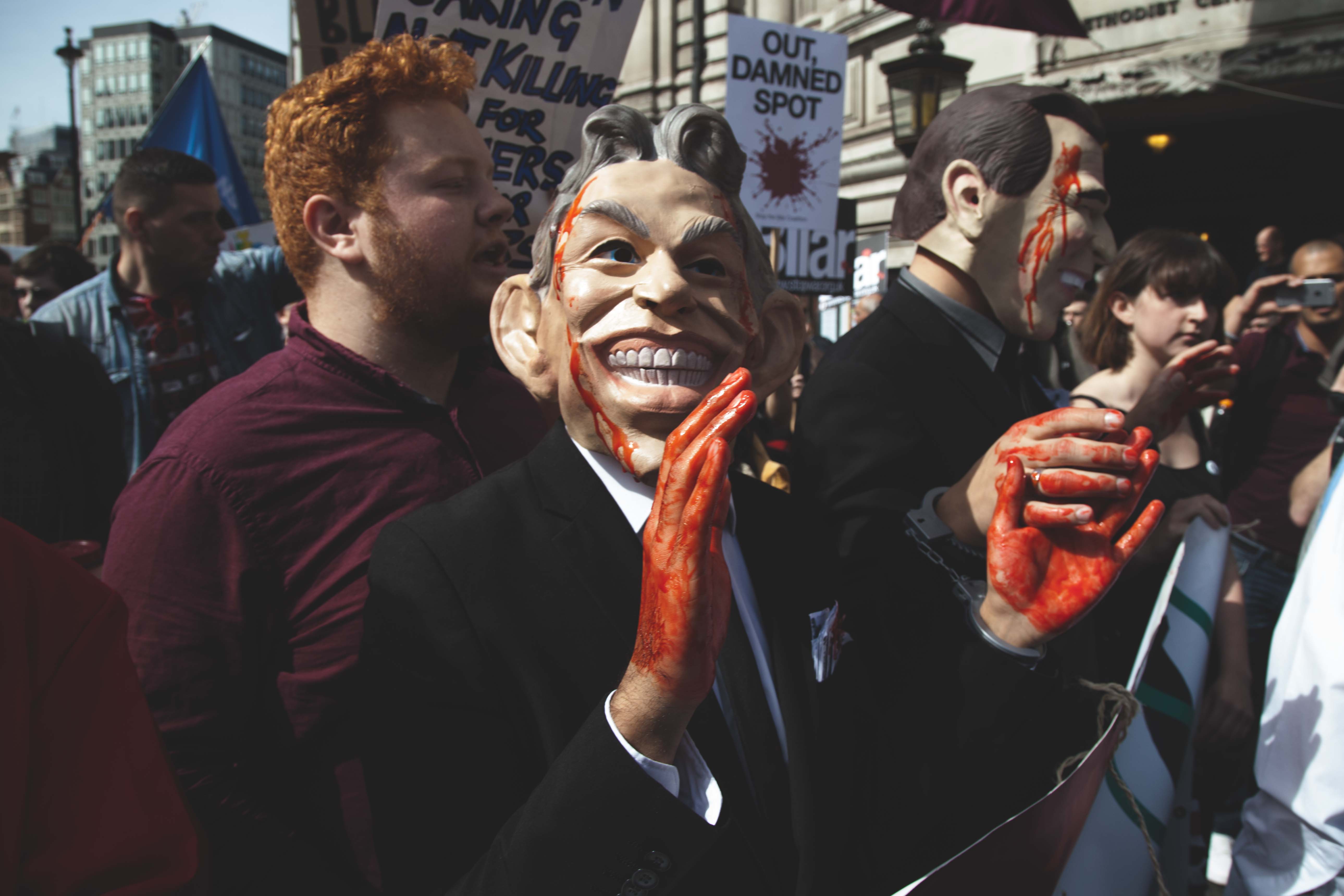 As the Chlicot report is made public, the details beginning to filter through. There are over two million words to get through, but the headlines are clear: blame lies at Blair’s door. Peaceful methods weren’t fully explored, there was no imminent threat from the then Iraqi government, evidence of weapons of mass destruction was just not there. It’ll only be in the coming days, as the report is fully digested, that a fuller picture of this investigation becomes clear. What’s certain is that Tony Blair’s reputation lies in ruins, and calls for him to face trial at the International Criminal Court are only set to get stronger.

Linkedin
RELATED ARTICLES
OTHER ARTICLES
With inflation now at a 40-year-high of 9 per cent, demonstrations organised by TUC took place to demand action from the government.
The singer-songwriter discusses her intimate new project – and the advice she’s picked up across a career as one of rock’s leading voices.
Over a dozen Stop Deportation activists locked themselves to each other outside a detention centre to prevent coaches taking those due to be on the Rwanda deportation flight from leaving.
A new report has found that the majority of Britains approach trans issues with compassion. It’s about time this was reflected by our media landscape.
The author discusses the all-consuming nature of heartbreak, and turning the experience into an incisive exploration of love and loss.
Whether it's partygate, the climate crisis or the spiralling cost of living, the fightback begins on the picket lines writes Tommy Vickerstaff