News & Politics / Reportage / Inside the first radio network made for, and by, refugees 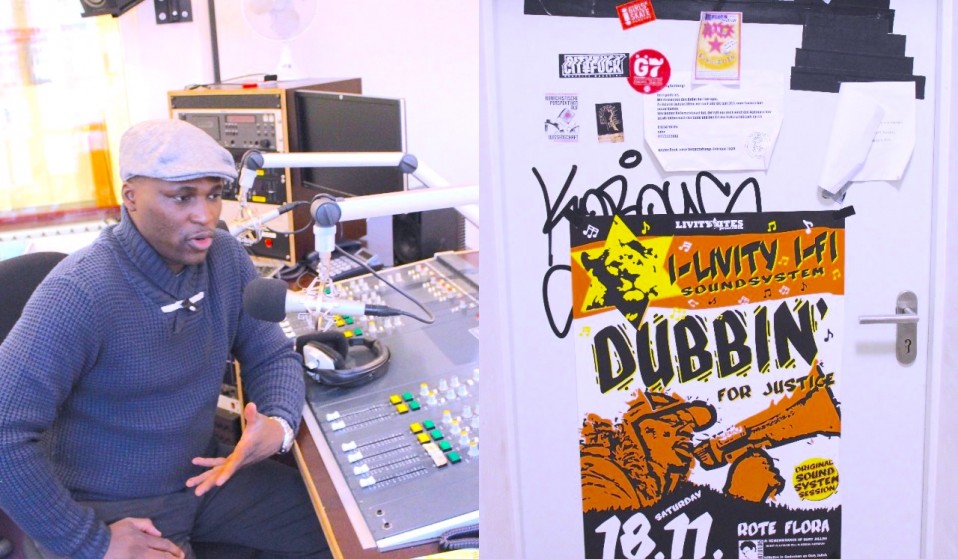 After arriving in Europe in 2014, Larry Macauley has been trying to raise awareness of the struggles faced by migrants – starting up a trailblazing online platform for Germany’s refugee communities.

After arriving in Europe in 2014, Larry Macauley has been trying to raise awareness of the struggles faced by migrants – starting up a trailblazing online platform for Germany’s refugee communities.

Larry Macauley is a busy man. Originally from Nigeria, he arrived on Italian shores in 2014, where he was “shocked” by how few Europeans had any idea about the poor conditions faced by refugees. In an effort to spread their story, he experimented with activist-led street theatre, before channelling his energy into a radio network that would inform Europeans and migrants alike on the rapidly changing developments. Within 18 months, Larry had founded the Refugee Radio Network – the first online media platform made for refugees, by refugees.

Today, Larry arrives 45 minutes late to our interview, apologising and reiterating how busy he is. As we rise through the graffiti-covered walls of RRN’s Hamburg-based building, Larry explains his reasons – telling me that he’s in the middle of organising a conference on migration and media awareness in Hamburg, creating a new reality TV show, and of course, running RRN.

Over the last three years, Larry has been the editor-in-chief and head of production for RRN. Originally just a two-hour show, the station’s growing exposure led to a dramatic increase in phone-ins from refugees all around the world offering updates on their situations. RRN quickly expanded, and Larry began travelling around Europe giving workshops on radio production and inviting refugees to make content about their situations.

While primarily a media platform for refugees, RRN is also a political force in Hamburg, Germany and wider Europe. Larry recollects how, frustrated by the lack of migrant input in the political debate and decision-making process over migrant-related issues, RRN began crashing politician’s meetings with slogans and chants. “They were like ‘huh? Can they do this?’” he remembers.

Although in the last three years there has been some progress in migrant and minority representation in the conversation over refugee integration in Europe, there is still a long way to go. Larry notes that the mainstream media has increasingly been propagating a negative narrative of refugees – which has made the role of RRN even more important. “We started fighting [the media] hard,” he says. “We started fighting the political class hard here, the political structures.”

Across Europe, xenophobia is rising – and last month in the German elections, the AFD became the first far-right party to enter the Bundestag in 60 years. “Another can of worms has opened up, which is this xenophobic attitude, this nationalistic thing biting into European society,” Larry adds. 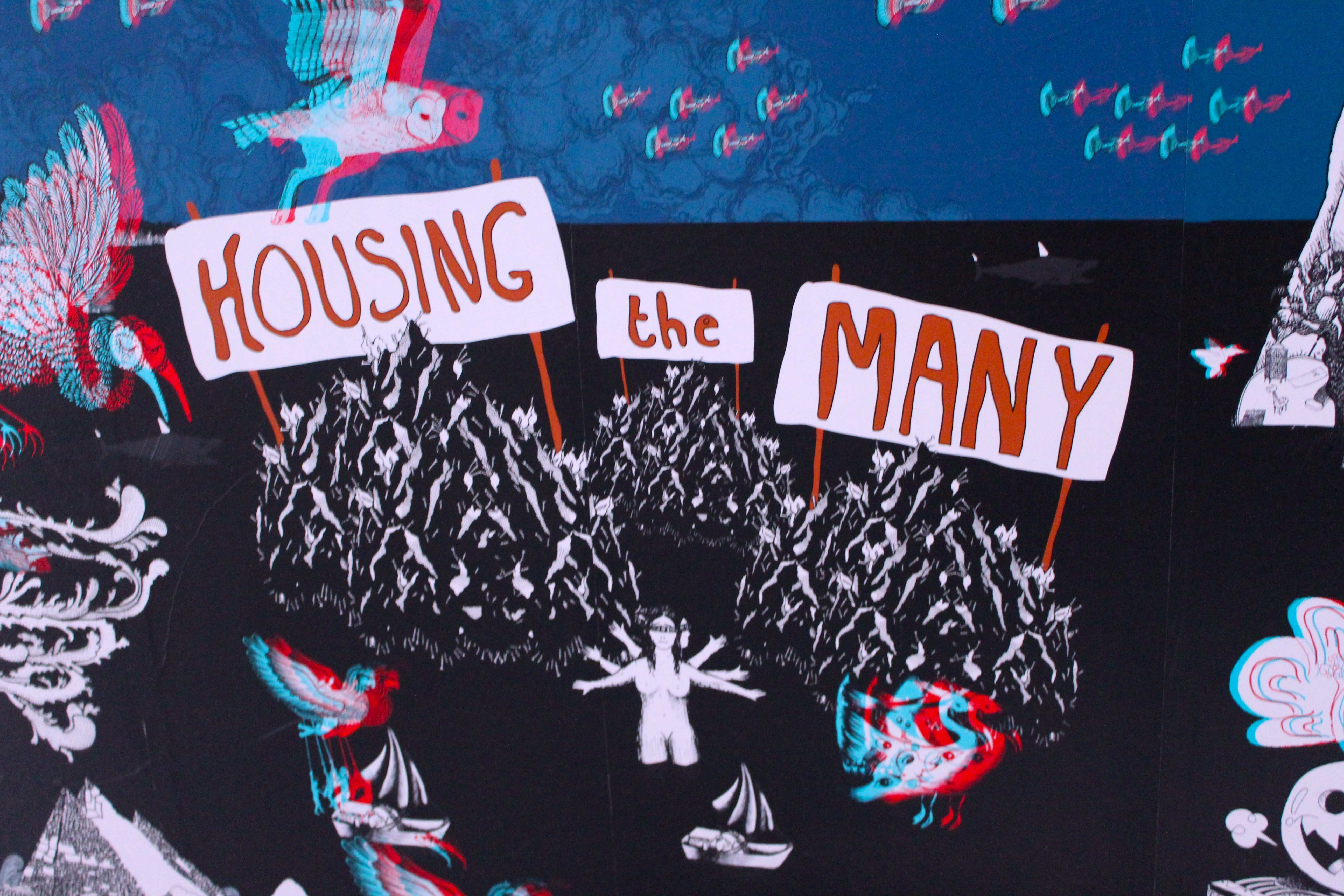 Politicians, he says, are partly to blame for the rise of the far-right. Larry explains that he has seen migrants and refugees become pawns in a political game and that “people have died as a result of these kinds of xenophobic talks by politicians.” For him, the best way of responding is to “isolate and contain them.”

When it comes to the future, Larry is not positive. He believes that the problem lies in the failure of world powers to deal with the root causes of migration. He also worries about tensions in Nigeria: of a rising radicalism and a growing number of young people without money and prospects. “We have 60 million youths in my country alone, an army of the oppressed, young people who don’t have jobs… those youths now are hungry.” He takes a pause, before warning: “the chaos is coming, really.”

Chaos aside, Larry and the RRN are doing what they can to offer an alternative narrative to the one often associated with refugees in Europe. It’s political rather than charitable, encouraging people to reclaim agency, represent their community and – of course – play great music.

As a consequence, RRN has been hugely successful at highlighting the real and varied conditions which refugees – whether they be Afghani, Syrian, Eritrean or Nigerian – are facing in countries across Europe. Larry, in particular, promises to keep busy, and tells me that he will keep doing what he can to encourage refugees to be “active, visible, and to develop themselves in these new societies.”

Linkedin
RELATED ARTICLES
OTHER ARTICLES
Ahead of the policing bill reaching its final stages in the Lords, protestors came together to rally against the legislation.
As the role of the nuclear family is increasingly called into question, people are finding new ways to exist outside heterosexist norms.
In 1984, Martin Shakeshaft set out to document the miner’s strike as it really happened, using his photography as a tool for activism.
Photographer Alice Mann reflects on capturing the camaraderie and discipline it takes to succeed in a highly-competitive sport.
Jermain Cikic reflects on his experience of visiting the island of Samos, Greece, in the summer of 2021.
While the popular news aggregation service has been kicked off Twitter, its demise does not spell the end of digestible misinformation.