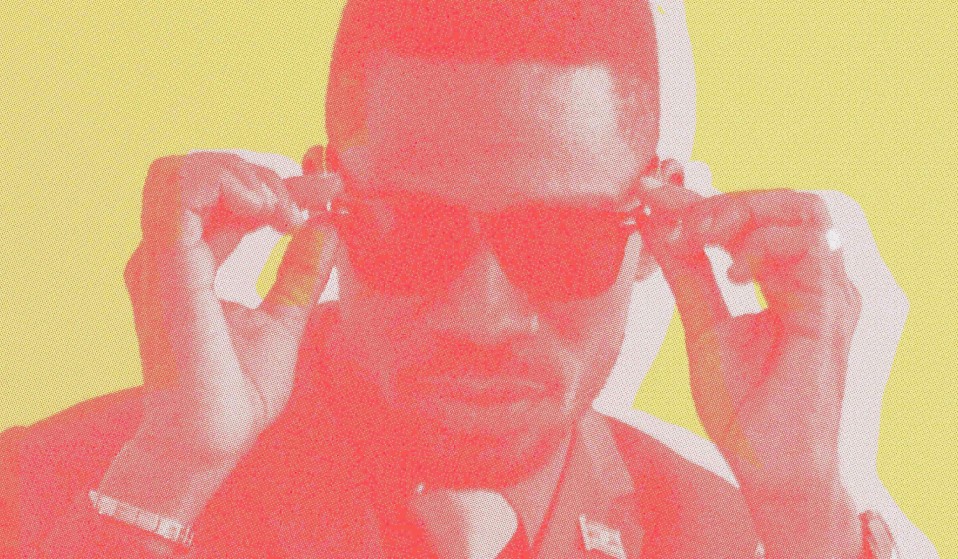 Bobi Wine spent more than a decade singing about social justice issues in his native Uganda. This year, the ‘Ghetto President’ was elected to parliament, and now he’s trying to change the system from the inside.

Bobi Wine spent more than a decade singing about social justice issues in his native Uganda. This year, the ‘Ghetto President’ was elected to parliament, and now he’s trying to change the system from the inside.

Bobi Wine has shaved off his dreadlocks. Now that he’s transitioned to politics, the reggae singer wears a suit regularly. He might be unrecognisable to a younger version of himself, but he insists his job is the same as it always was: “sensitising my people and opening their eyes.”

The 35-year-old musician, whose real name is Robert Kyagulanyi, has been singing reggae and pop songs for over a decade – often with pointed barbs about the injustices and corruption in Uganda. This year, the self-styled “Ghetto President” ran for parliament and was elected overwhelmingly, with 78 per cent of the vote.

“I used to despise politics, because our politics has been marred by lies, corruption and changing faces,” he says in his mostly empty office across the street from Uganda’s brutalist parliament building. “I hated it with a passion. But as I grew up I realised that to change it I had to get involved in it and give it a real meaning that I thought it deserved.”

Many of Bobi Wine’s songs confront social issues faced by the urban poor, such as unemployment, corruption and lack of opportunity. His material comes from his time growing up in the Kamwokya slum in Kampala, Uganda’s frenzied capital. “The rampant abuse of human rights, it does not affect you as a kid but when you grow up you find yourself in the corner as well,” he says. “The police brutality becomes a reality to you, the hunger becomes a reality to you, the unemployment and poverty become a reality to you.”

Uganda is one of the world’s youngest countries, with roughly 80 per cent of the population under 35. But its current president, Yoweri Museveni, is 72 years old, and has been in power since 1986. While originally a pan-Africanist revolutionary, Museveni has crept towards authoritarianism over the last 30 years and the advocacy group Freedom House currently rates the country as “not free.” Museveni looks keen to run for office again in 2021, despite the barrier of a constitutional age limit which his supporters are trying to amend.

“The biggest problem is that our government is more concerned with staying in power rather than fixing the society,” Wine says. “He [Museveni] locks out anybody who tries to come and play a political part.” 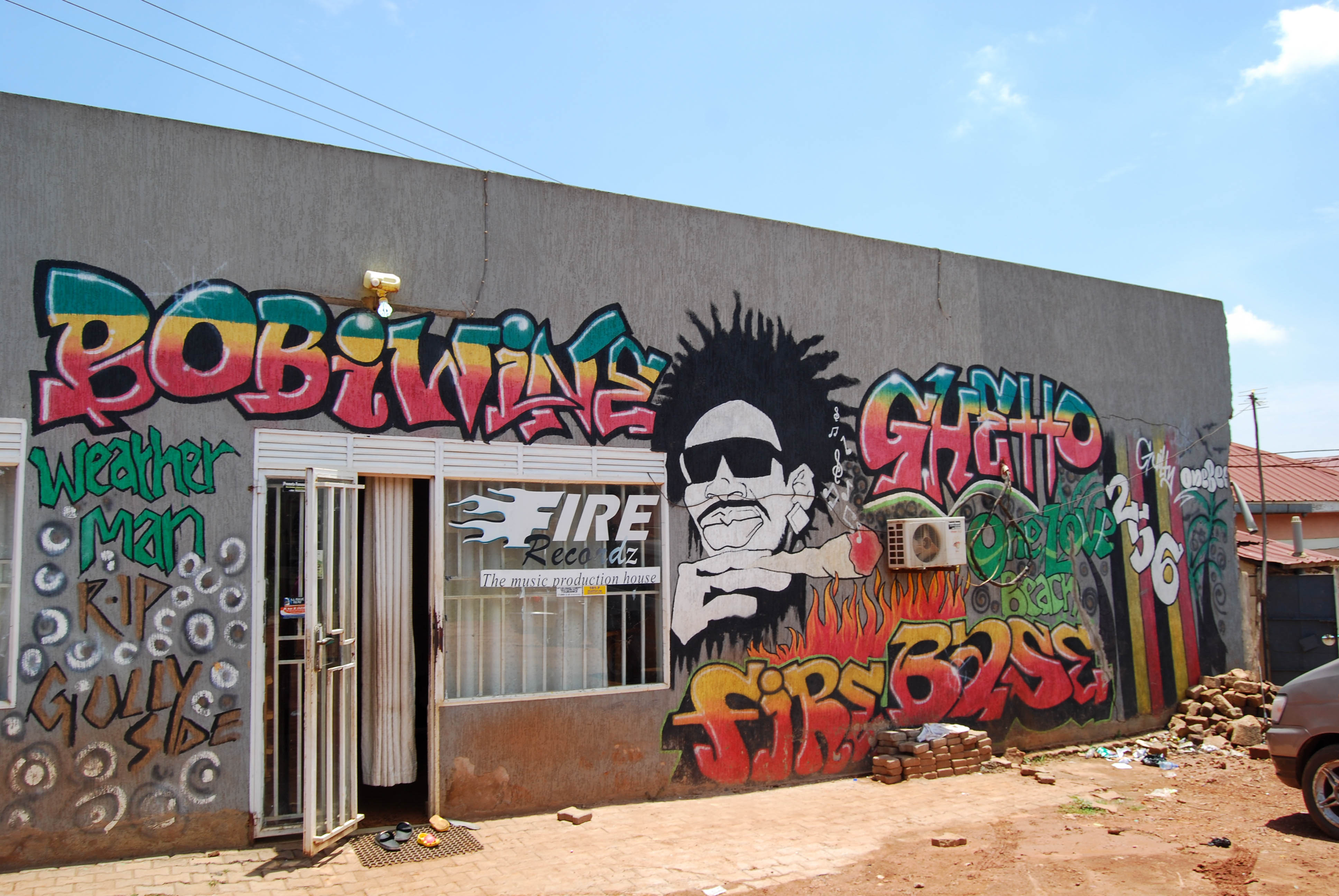 The president has taken note of the challenge. After Wine’s election, Museveni confronted him in a newspaper op-ed, noting that former dictator Idi Amin and other troubled figures from the country’s past were relatively young at key moments in their stories. “Belonging to the biological category of youth did not help them to solve the problems of the country,” he wrote.

Wine responded in kind, with a public letter accusing the president of being out of touch and responding “to challenges of the 21st century using the approaches of the 20th century.”

By running for parliament, Wine has become a national political figure, despite his lack of affiliation with any political party. But he has also made himself vulnerable to new criticism. Now, he is just one of 427 members of parliament, and as an independent has little leverage to shape the ruling National Resistance Movement party, which Museveni controls through an effective patronage network. Wine’s supporters may be disappointed if he fails to make an impact, which seems likely.

At the least, however, he has succeeded in giving a megaphone to his protests. “I’ve been doing my job even way before, trying to communicate through my music, through my radio talk shows, even casual conversations,” he says. “By going to parliament I was looking for a more formal platform to communicate these issues.”

“If I manage to sensitize and open the eyes of one Ugandan, it’s a big success.”

Despite his message of equality, Wine has been accused of promoting violence against LGBTQ people. In 2014, he was denied a visa to tour in the UK following an outcry from activists over song lyrics such as “Burn all the batty man / All Ugandans get behind me and fight the batty man.”

Homophobia is common in Uganda, which previously faced international scrutiny for an anti-gay law that, in an early draft, included the death penalty for certain acts (the law was overturned by the high court in 2014). Bobi Wine has since maintained that he opposes homosexuality, but has made pains to not be defined by the issue. “I would rather dwell on the most important issues, the issues that will bring people together,” he says. “We are faced with a life presidency right now and I would rather put my energy on that.”

Since he announced his interest in politics, rumours have circulated that Wine’s ultimate goal is the presidency. In public, he has perfected the politician’s art of waving the question away. “I like to cross bridges when I come to them,” he says.

Meanwhile, he’s still making music, while also studying law and running a farm of his expansive estate outside of Kampala. During the campaign he released a song called “Uganda,” which he calls a “revolutional anthem” and serves as a sort of theme song for his time in parliament. “We are the leaders of the future and the future is today,” he sings in the chorus. “If we only come together we can change our destiny.”

Linkedin
RELATED ARTICLES
OTHER ARTICLES
Finland-born photographer Sirkka-Liisa Konttinen looks back on her decades-long documentation of life in Northern England.
For decades, an area of East London has served as a community hub for Vietnamese people looking for a taste of home.
With inflation now at a 40-year-high of 9 per cent, demonstrations organised by TUC took place to demand action from the government.
Curator Antoine de Beaupré discusses his immense record collection and what it tells us about the intersection of music, photography, art, and commerce.
LGBTQ+ students are keeping the spirit of the original Pride alive by fighting for liberation for everyone, not just their community.
Whether it's partygate, the climate crisis or the spiralling cost of living, the fightback begins on the picket lines writes Tommy Vickerstaff