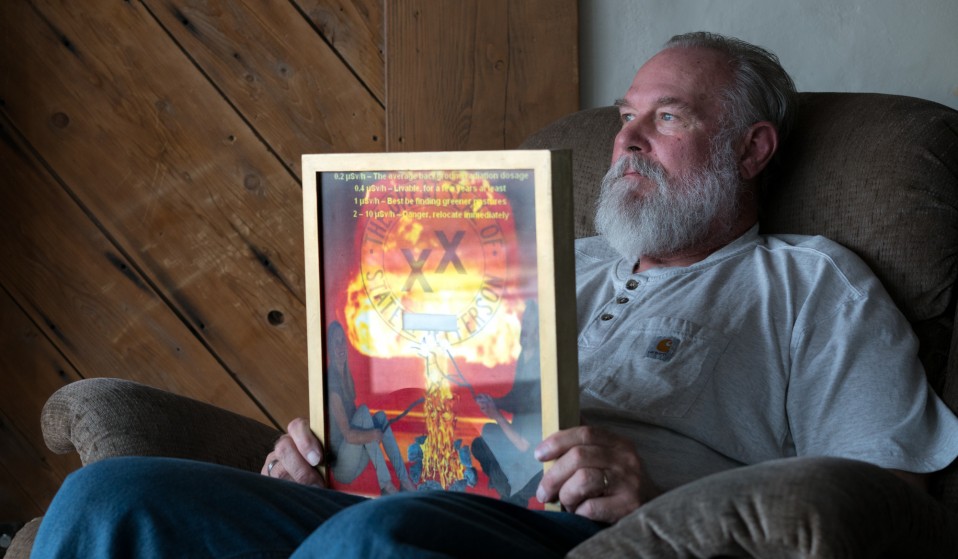 Roused by Brexit and the rise of Trump, these Northern Californians are attempting to break away from their liberal homeland and do things their own way.

Roused by Brexit and the rise of Trump, these Northern Californians are attempting to break away from their liberal homeland and do things their own way.

It’s a slow day at Quigley’s General Store in Klamath River, California. The picked over mini-mart lies on a remote stretch of Highway 96 – a road located just 30 miles south of the Oregon state line, and a full day’s drive away from the palm trees and traffic jams of LA. Nearby, nestled between forests of evergreen pine and fir, a local town hall flies a green flag emblazoned with two crosses and a gold mining pan.

Quigley’s mini-mart is decorated with stickers of this same insignia, which apparently represents the “Great Seal of State of Jefferson” – an imagined 51st state made up of deeply red rural counties in Northern California and Southern Oregon. Founded back in 1941, the ‘state’ was formed after less populated rural counties began to feel distanced from their more liberal state representatives. Now, 76 years later – roused by the rise of Trump and the UK’s Brexit result – a surge of new support could make this imagined state more of a reality.

“I don’t want to sound like a complete hick, but guns is a big [issue] for me… we don’t need gun control out here as much,” says Garrett Rider, a resident of  Klamath River and an employee at the Quigley’s mini-mart. “I’m an anarchist at heart. I’m independent and believe everyone should take care of themselves. That’s pretty much how I think about The State of Jefferson.” 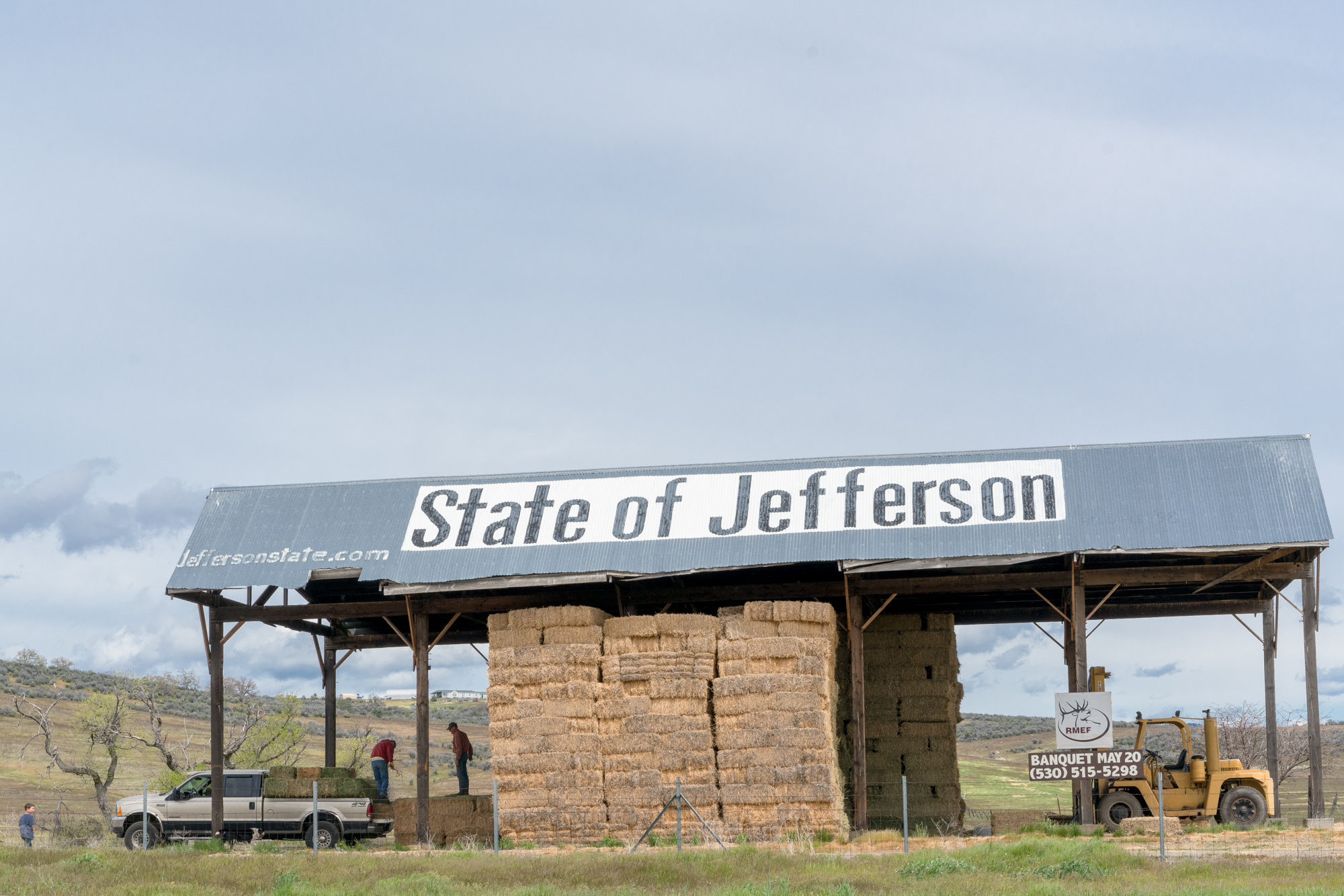 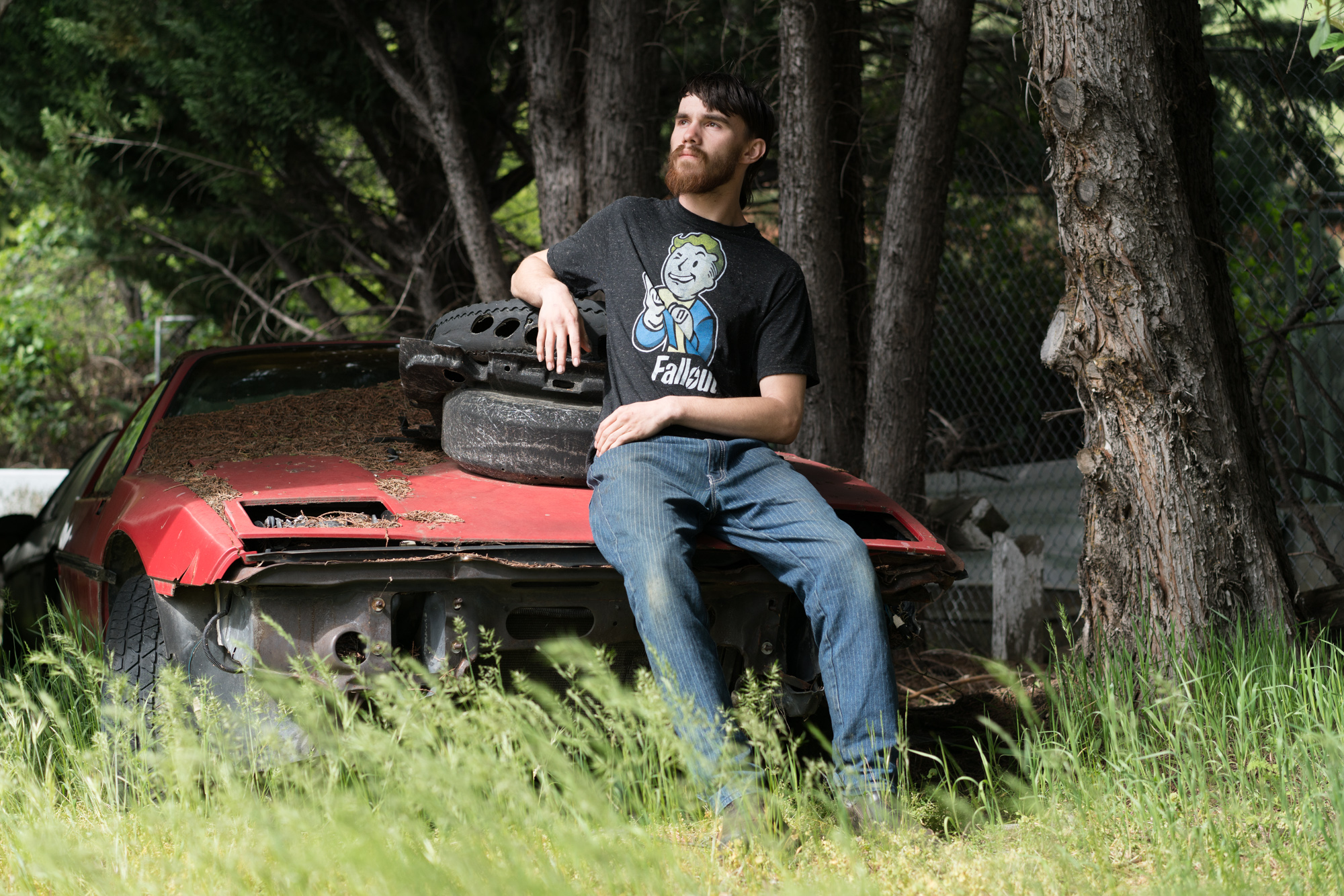 Another resident, George Webb, has similar notions. Wary of authority, he built his family’s home in a converted barn without permission, in what he calls a “protest against the government.” It currently stands outside of Yreka, the imagined capital of Jefferson.

“I think the light went on for me with the State of Jefferson in 2010,” he explains. “I started looking at the history and everything, and it was just the answer to my whole life’s woes, where I felt like the government was taking over everyone’s lives.”

He continues: “Our state is completely and totally out of control. Billions of dollars in debt, and they keep legislating against the will of those of us who need to be allowed to work. Now we are able to concentrate way more on our local state battle.”

Webb’s reference to being “allowed to work” is a shot at the state and federal environmental regulations that many here believe were harbingers of their economic doom. Siskiyou County, for example, was once a bastion of logging, salmon fishing, and gold mining – today, its unemployment rate is 9.2 per cent (the statewide rate is 5.2 per cent). 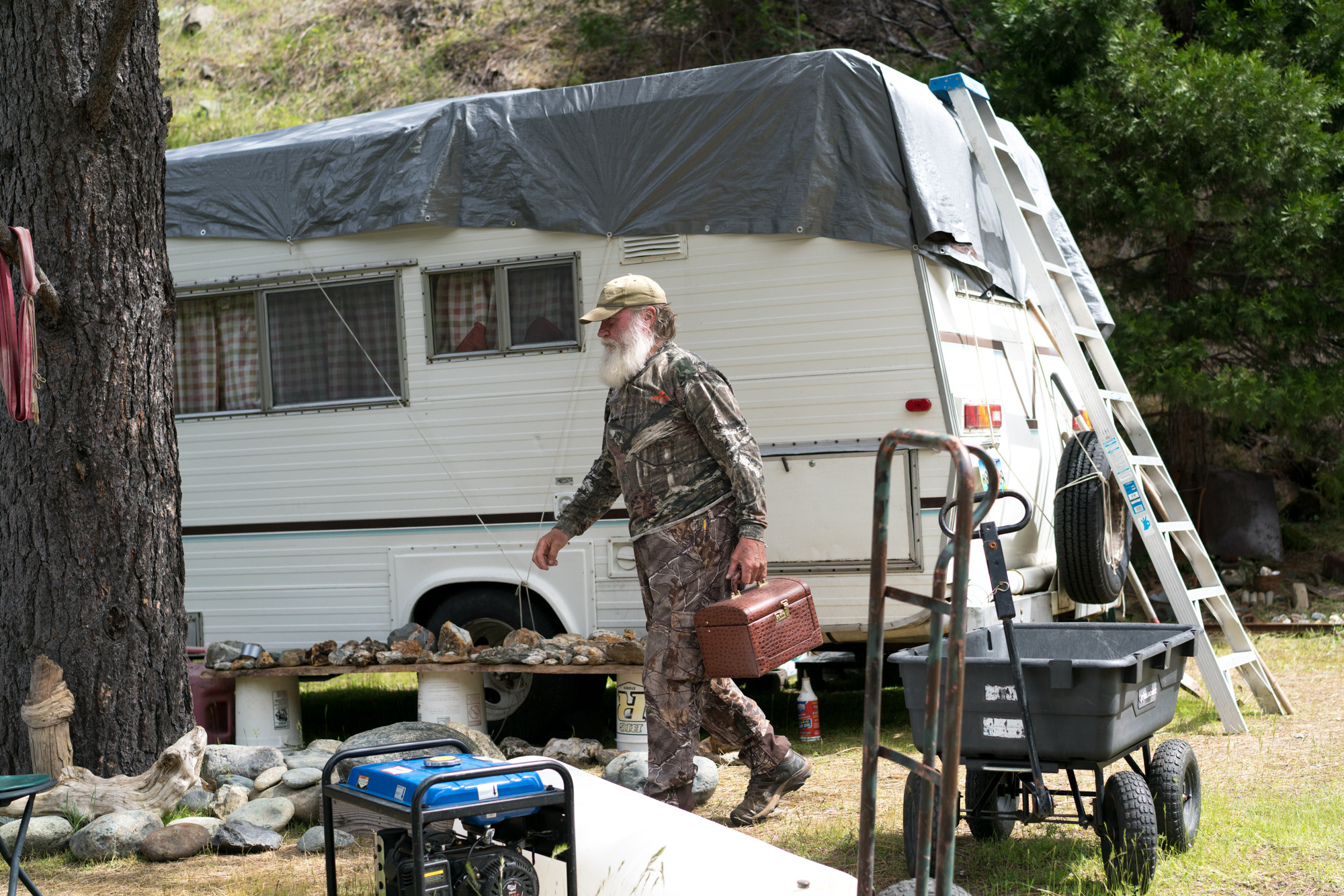 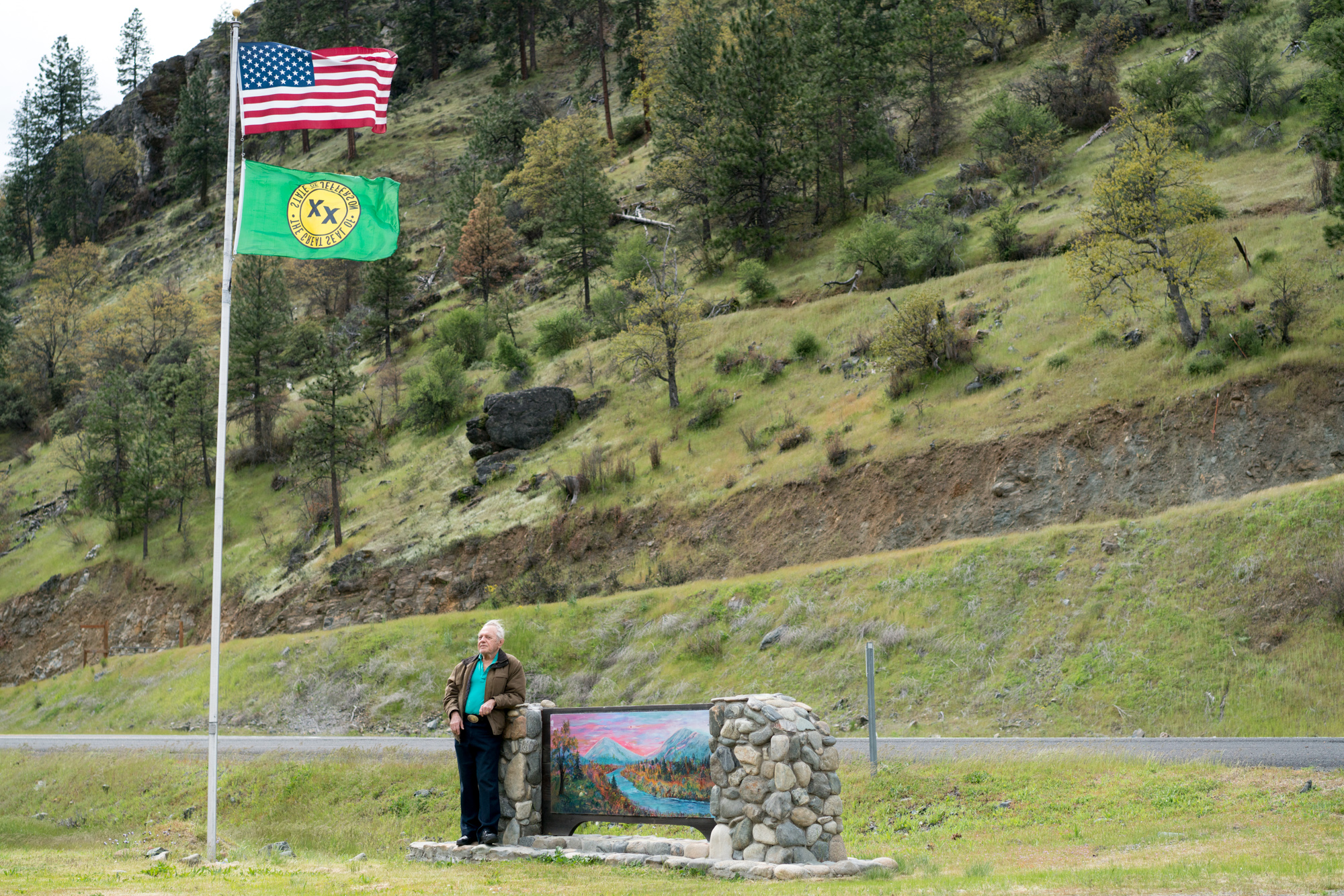 Down on the banks of the Klamath River, itinerant gold miner and bluegrass musician Jim Dwyer also has a few thoughts on the subject. He lives in an RV and pans for gold by hand. “I’m an Oregonian, and a Jeffersonian,” he says. “I’ve always lived on the state line. When I grew up in Klamath Falls you had to do more than one thing to make a living. You couldn’t just be a logger or miner or mill worker… you had do a little gold panning, and get $25 or $30 on a Saturday. When a mill would close and people got laid off, a few of us would jump in a pickup and go out in the woods, hunt mushrooms, and get gold. That’s what the State of Jefferson is about.”

Cutting regulations is a dream for a small-time right-wing prospector like Jim, but there are other ways the hypothetical state could earn its keep. Ben and Katie Yuma of Medford, Oregon are libertarian-leaning marijuana growers at the forefront of the fledgeling industry, and have recently built a licensed operation named Jefferson State Farms in their backyard. They don’t agree with every conservative Republican stance, but would still like to see it happen.

“Every grower we know is on board with the Jefferson movement,” Katie says. “It might mean we can only sell our product in the new state, but it might also keep a lot of competition out.”

“Most of all people feel not represented, and in Jefferson our votes would count,” Ben adds. “I think legal marijuana would be highly supported in the new state, because being rural we don’t have a lot of revenue. I’ve read that we’re taking in more in many small towns than we’re providing for – so having something to add to the economy would be huge. How could anybody not favour that? The risk is people living on government assistance, and whether we’d still be able to provide for them.” 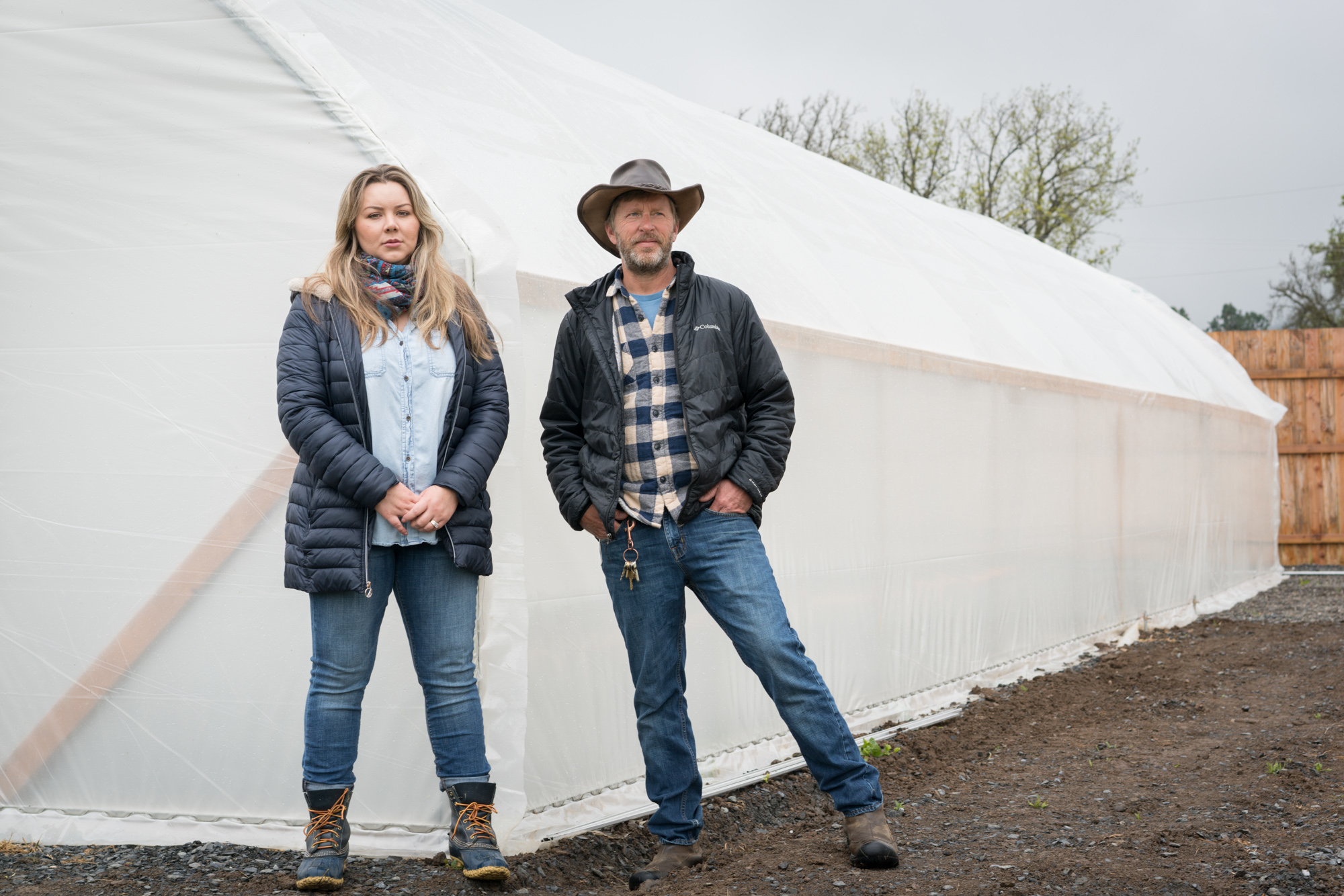 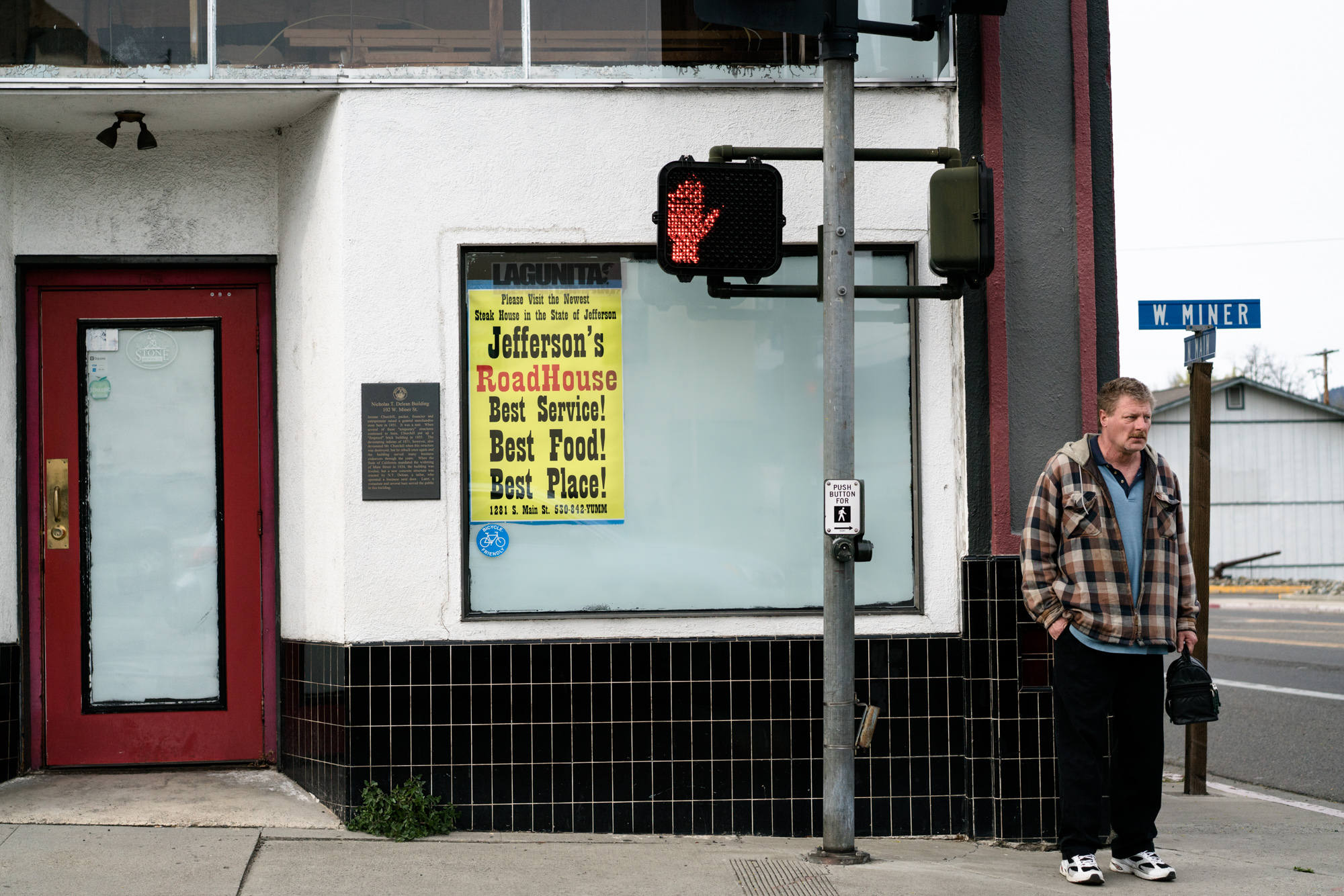 And many government funded services would be thrown into disarray should Jefferson supporters get their way – including healthcare, prisons, state taxes, roads, schools, and welfare. However, Mark Baird, a rancher and retired airline pilot from outside of Yreka, seems unphased by the challenge. Currently leading the charge for the state of Jefferson, he took steps to sue Sacramento this May for “dilution of vote”. According to him, California has far too few political representatives for its population.

“When you look at the representative ratios in California, we see that 51 per cent of state level representation is from a line at north LA County south to the Mexican border – so literally one-third of California can pass any law they want any time they want, and it will pass, no matter what anyone else wants,” he says. “That’s not good.”

Mark has an upbeat manner, and quickly cites West Virginia’s secession in 1861, and more recently, Neil Gorsuch’s appointment to the Supreme Court by Donald Trump, as reasons for optimism. “They all hate us,” he continues. “Democrats and Republicans. They hate us because we want to do something and the status quo hates change. They don’t want to see what we propose happen, which is returning power to the people.”

The cost for improving that ratio of representation through secession would be steep. Marty Walters is a Democrat running in next year’s primaries who hopes to challenge Republican incumbent Doug LaMalfa in California’s 1st congressional district. “We’d immediately become the poorest state, below Mississippi in terms of economics and demographics which would be a huge impact to a number of folks who rely on government programs for supplementing healthcare,” she says. “We get more benefit from California than we pay into it. (But) I think carving out those counties, that’s a tough thing to think about.”

Linkedin
RELATED ARTICLES
OTHER ARTICLES
Cindy Campbell recounts how her brother ushered in a new era of musical culture at a party she held in the Bronx in ‘70s.
From bleeding noses to crowd surfing, three image-makers reflect on capturing the scene in all its wild glory.
As the Scottish government announces a rent freeze, an activist with Living Rent who fought and won shares how they did it, and what must come next.
By turning a real-life crisis into daytime television fodder, TV bosses have once again shown themselves to be completely out of touch with audiences.
A group of young Palestinians have found temporary freedom in the act of parkour, reimagining wreckage and ruins as a series of high-octane playgrounds.
With skyrocketing rents, packed out viewings, bidding wars and more, renting in London has never been harder.