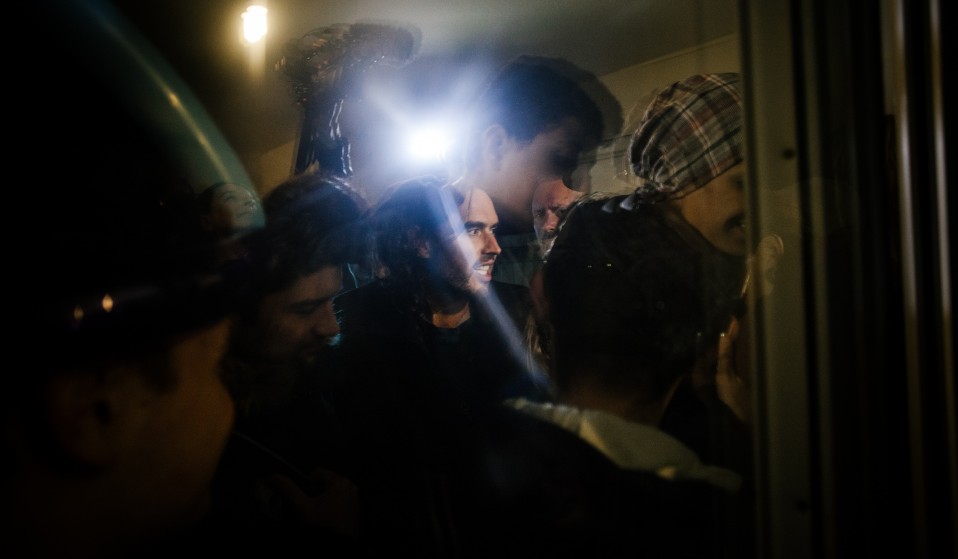 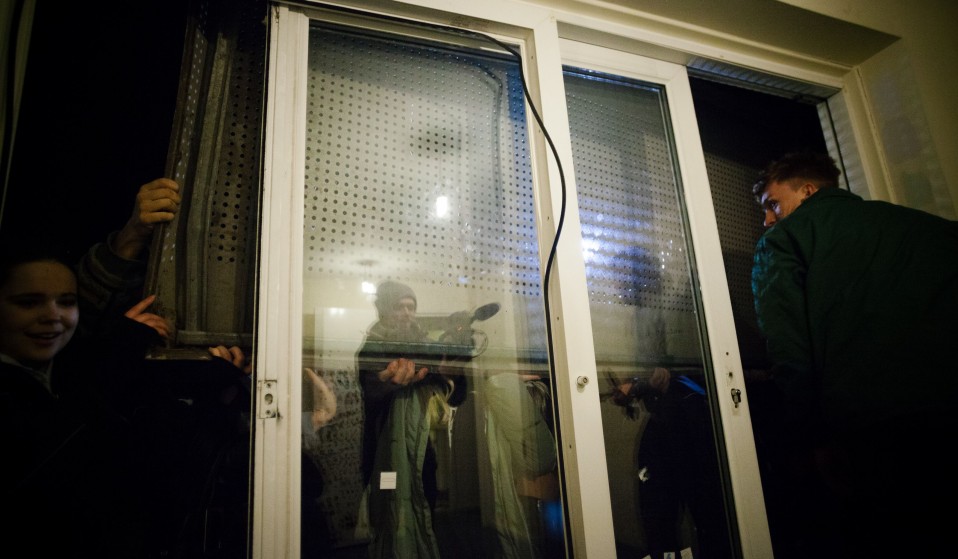 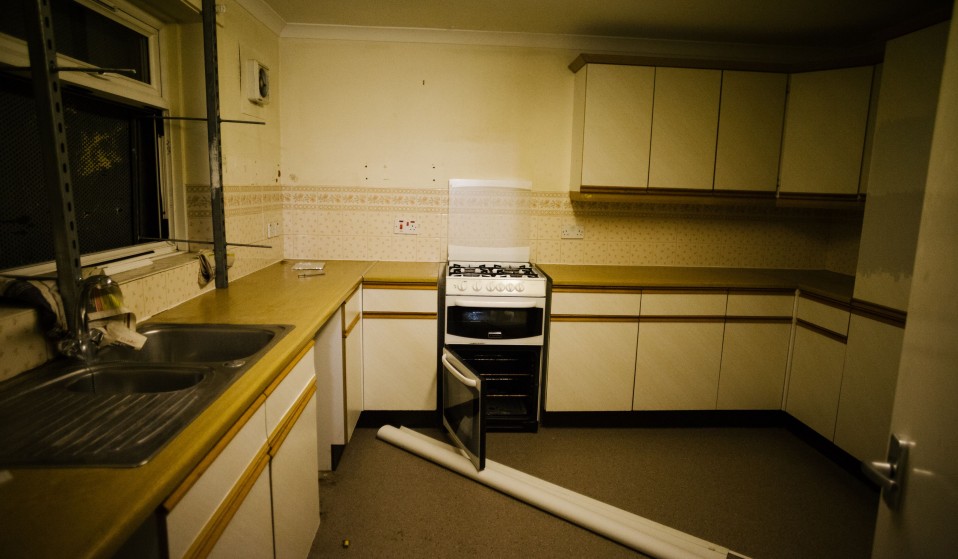 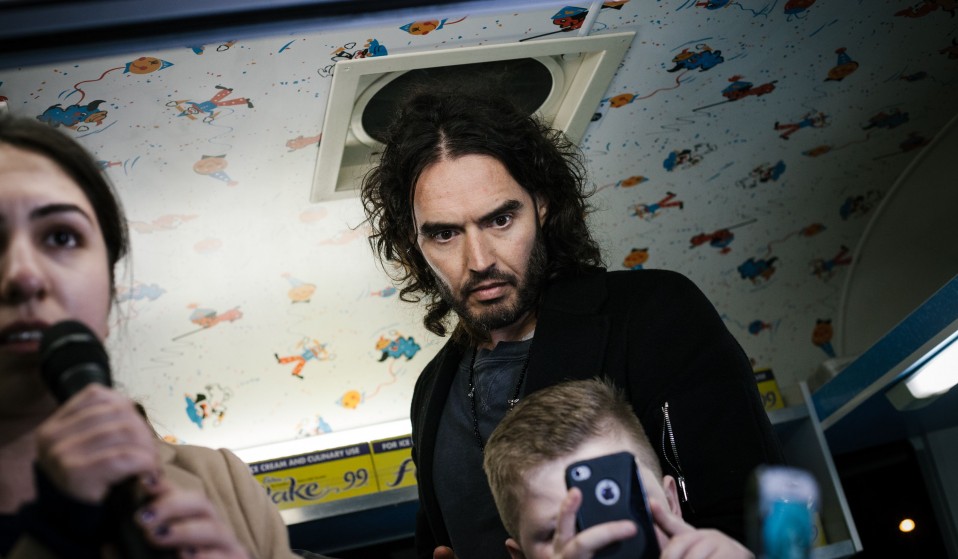 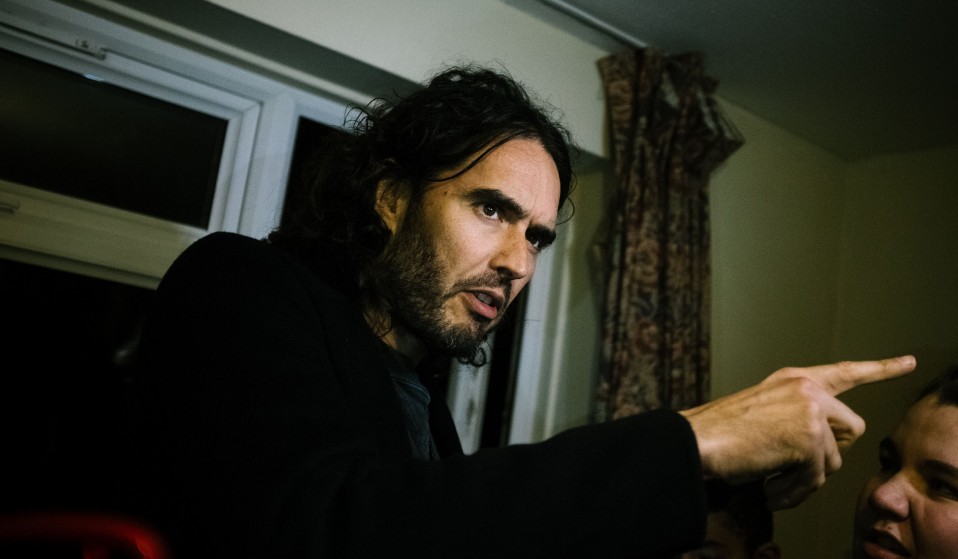 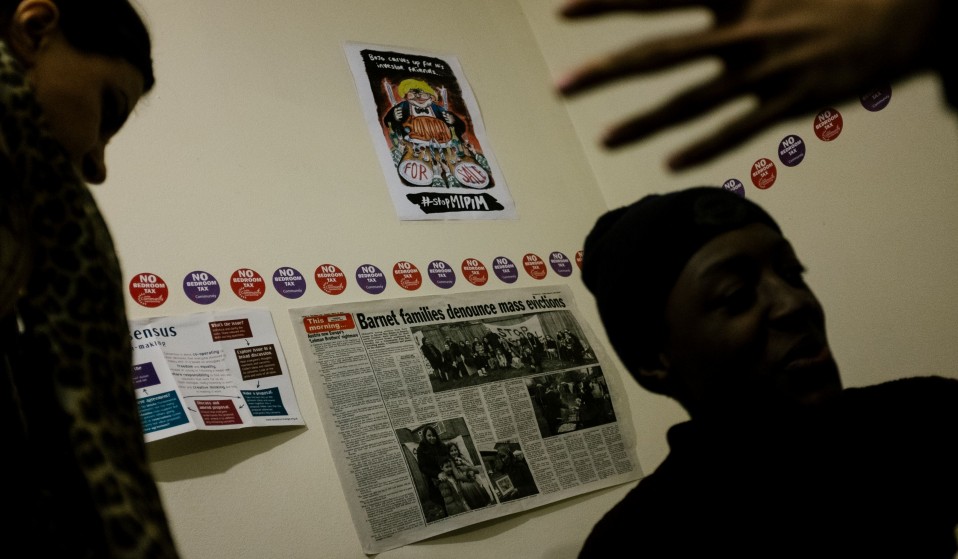 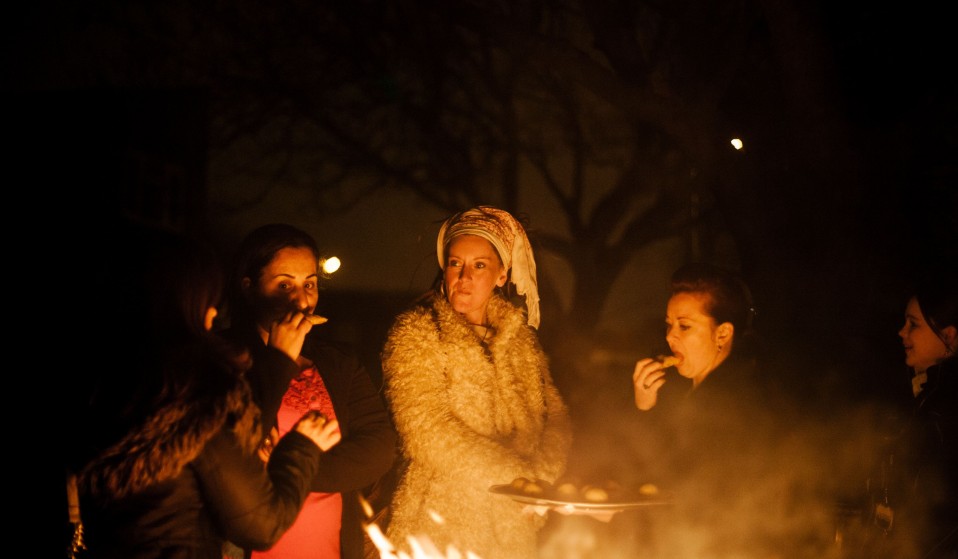 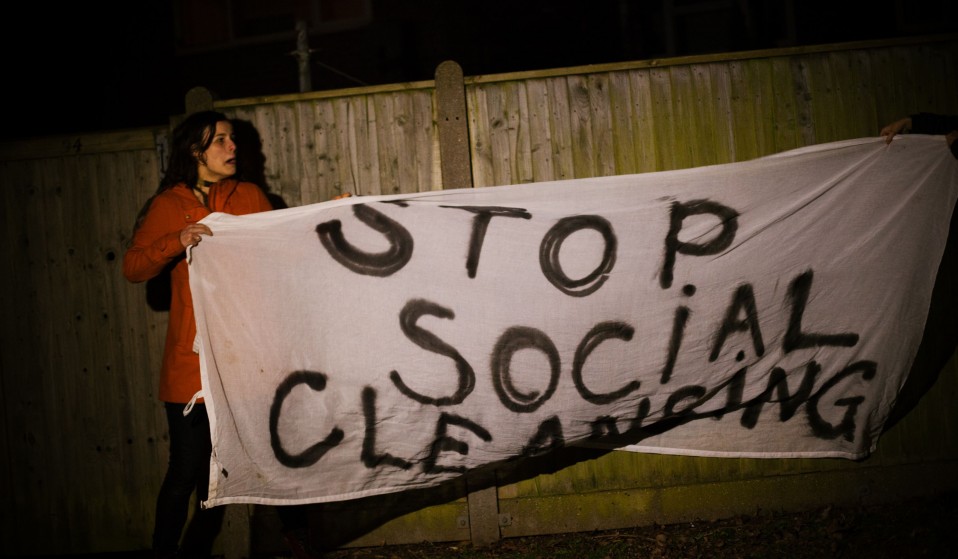 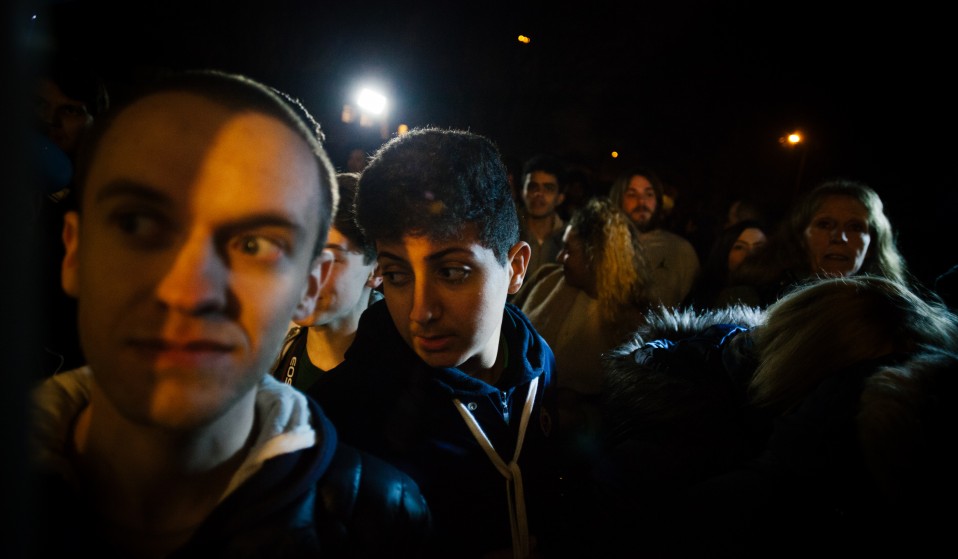 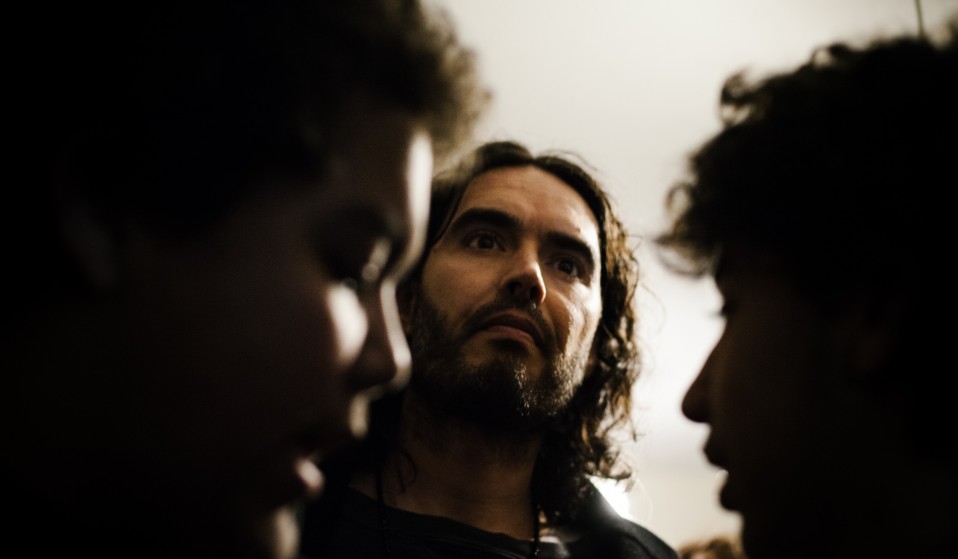 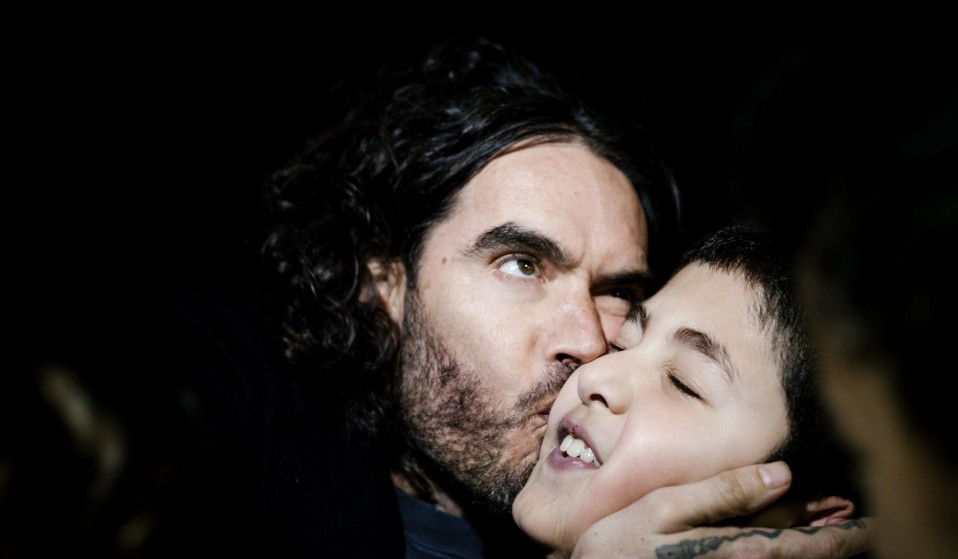 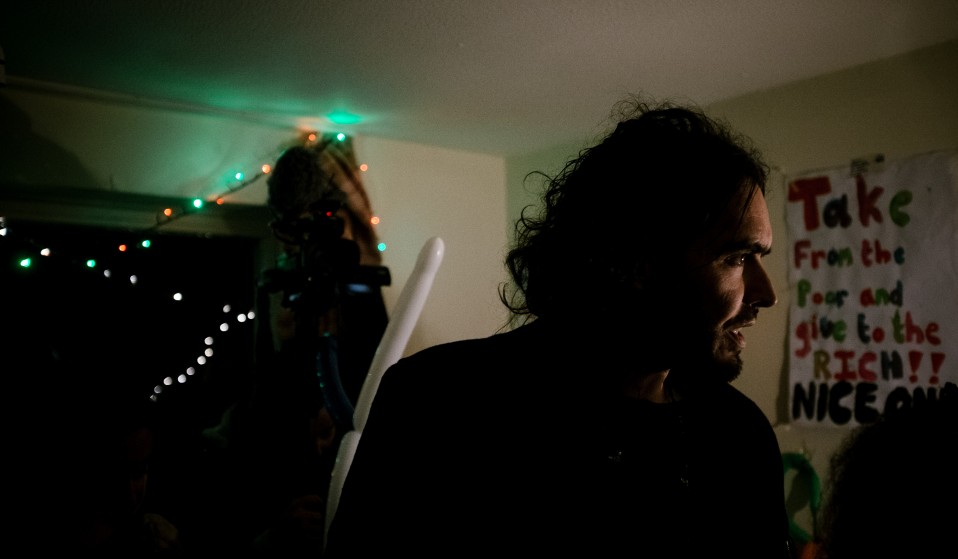 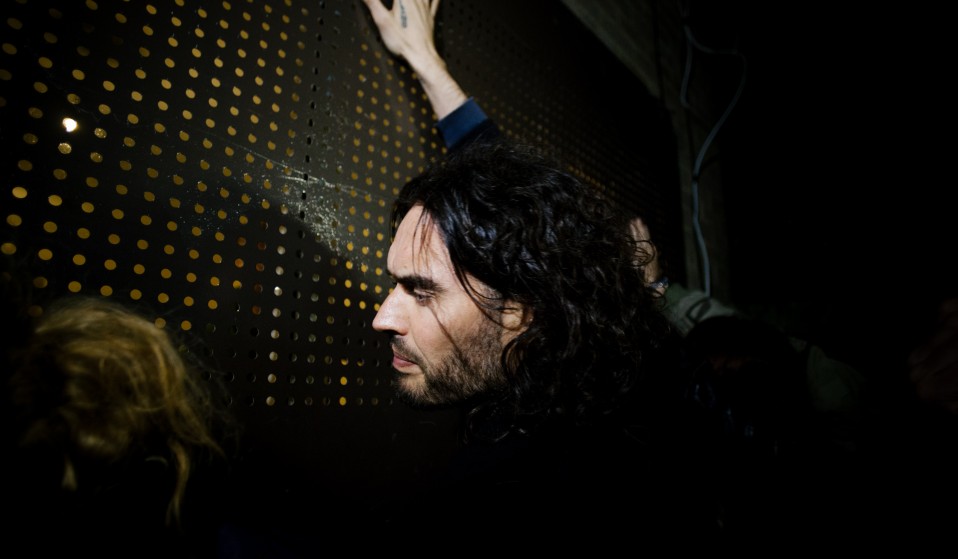 The merry tinkle of an ice cream van is echoing around the Sweets Way estate in North London. Following the jingle through the eerily dark estate – emptied of all but a few of its residents to make way for a luxury housing development – the van emerges out of the night, illuminated by firelight. On a small patch of grass, a buzzing crowd huddles around the fires, taking advantage of the free ice cream (and sprinkling of surrealness), courtesy of Russell Brand.

The Sweets Way Resists campaign organised this sleepover protest on March 17 to challenge property developer Annington’s decision to demolish their former homes and build a new luxury development. Twenty percent of the new homes proposed by Annington have been advertised as affordable, but with “affordable” now classed as 40-80% of market price, residents – most of whom have already been evicted – are under little illusion they could afford to return if the plan goes ahead. To challenge the proposed development, which is fully supported by Barnet Council, residents have occupied 60 Sweets Way and turned it into a centre of resistance to call on the council to repopulate the estate.

As the comedian-turned-revolutionary arrives, he’s immediately swamped by teenage girls who stop him to take selfies and elder residents who shake his hand to thank him for coming. Brand seems totally at ease amid the madness. Illuminated messiah-like in a pool of light from the TV cameras, he floats through the darkness as the excited crowd jostle to keep up.

“We’re here to fight against the ongoing social cleansing of London,” Brand announces from the ice cream van’s serving hatch. “I’m happy to be involved in this campaign because the problem of housing across London is reaching a crisis point. We’re talking about divided communities and communities without a voice, which makes it easier for this corporate creep to take place. It’s not only people losing their homes, it’s people losing their work.” 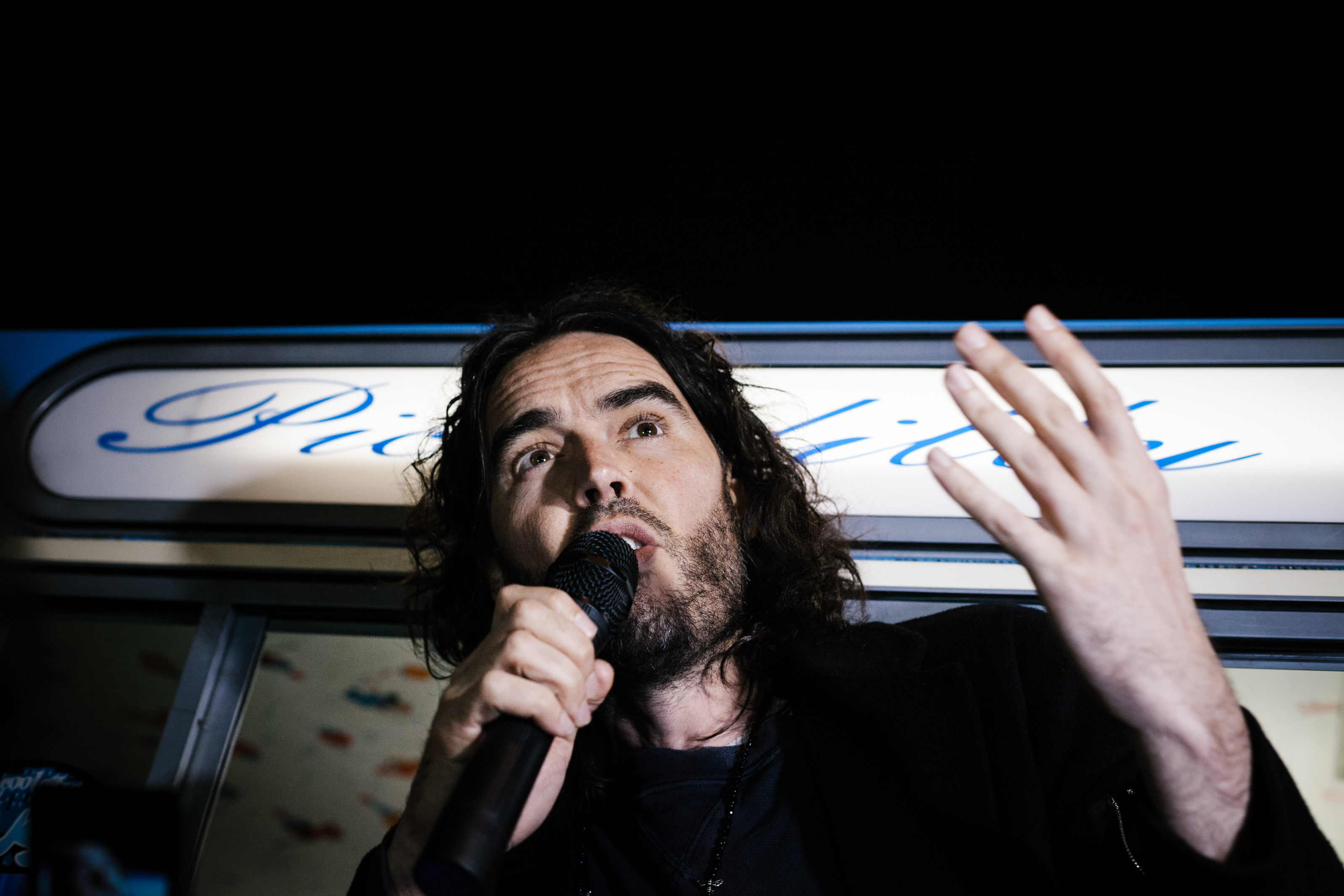 Once Janette Evans from Barnet Housing Action, Jasmin Stone from Focus E15 Mums in Newham and two young residents from the estate have spoken their piece, Brand steps down from the van and is immediately mobbed again. He pushes his way through the meleé and enters the occupied house through the back garden. The resident manning the gate holds strong against the surge of people who try to follow him inside, before reminding the crestfallen crowd, “This is a movement about housing, not just about Mr Russell Brand.”

True, but without Brand few would know Sweets Way even existed. In the downstairs kitchen, Janette explains that everything was kept so quiet that local activists only caught wind of the eviction by chance, through Twitter. “It just seemed to happen overnight,” Janette explains. “The day that we first came here there were belongings strewn everywhere, all over the estate: clothes, toys, furniture. You could see people couldn’t physically take this stuff with them. The process wasn’t explained to them properly. They were given repossession orders and a lot of people seemed to think they had to leave straight away but the orders give you 28 days to leave the property. They weren’t told about the crisis fund that was available to pay for their storage, about removal costs.”

As prices continue to skyrocket and wages for most have stagnated, Barnet has emerged as one of the key battlegrounds in the UK’s increasingly bitter housing crisis, with similar struggles underway on three other estates in the borough. Most residents had already been dispersed across London and further afield before they held a meeting with the few remaining on the estate and decided to occupy one of the abandoned houses to call attention to their situation – hoping to emulate successful battles on the Carpenters estate in Newham and New Era estate in Hoxton. They were supported by the Radical Housing Network and the Focus E15 Mums, but it was Brand’s involvement that allowed the story to break beyond the small circle of local activists.

Upstairs in one of the empty bedrooms Brand is sitting on the floor with three young kids from the estate to deliver what even he admits is quite a surreal press conference. “It’s like John Lennon’s bed-in,” he jokes, before adopting a pretty terrible mock-Liverpudlian accent. “We’re just going to sit here, we just want peace, what’s wrong with that? What’s so strange about peace? It’s just me and Yoko and all these young girls and we’ll sit here till peace comes, but there’s no shut up, eh kids. What we’re gonna do is…”

Like moths around a lightbulb, a German camera crew jostles with other journalists and kids from the estate snapping away on their mobile phones to hear what Brand has to say. Critics have delighted at pulling holes in his rambling tome Revolution, but in the flesh Brand has a remarkable ability to engage people around complex political ideas – a dying art in an age of bland politicians. He flies through capitalism, rainbow coalitions, collectivised economies, Marx (when prompted) and Maslow’s Pyramid of Needs, with all except the youngest in the room following intently, eager to hear more. Once it’s over, he heads downstairs to stage a symbolic break-in, entering another newly occupied property on the estate for the cameras. 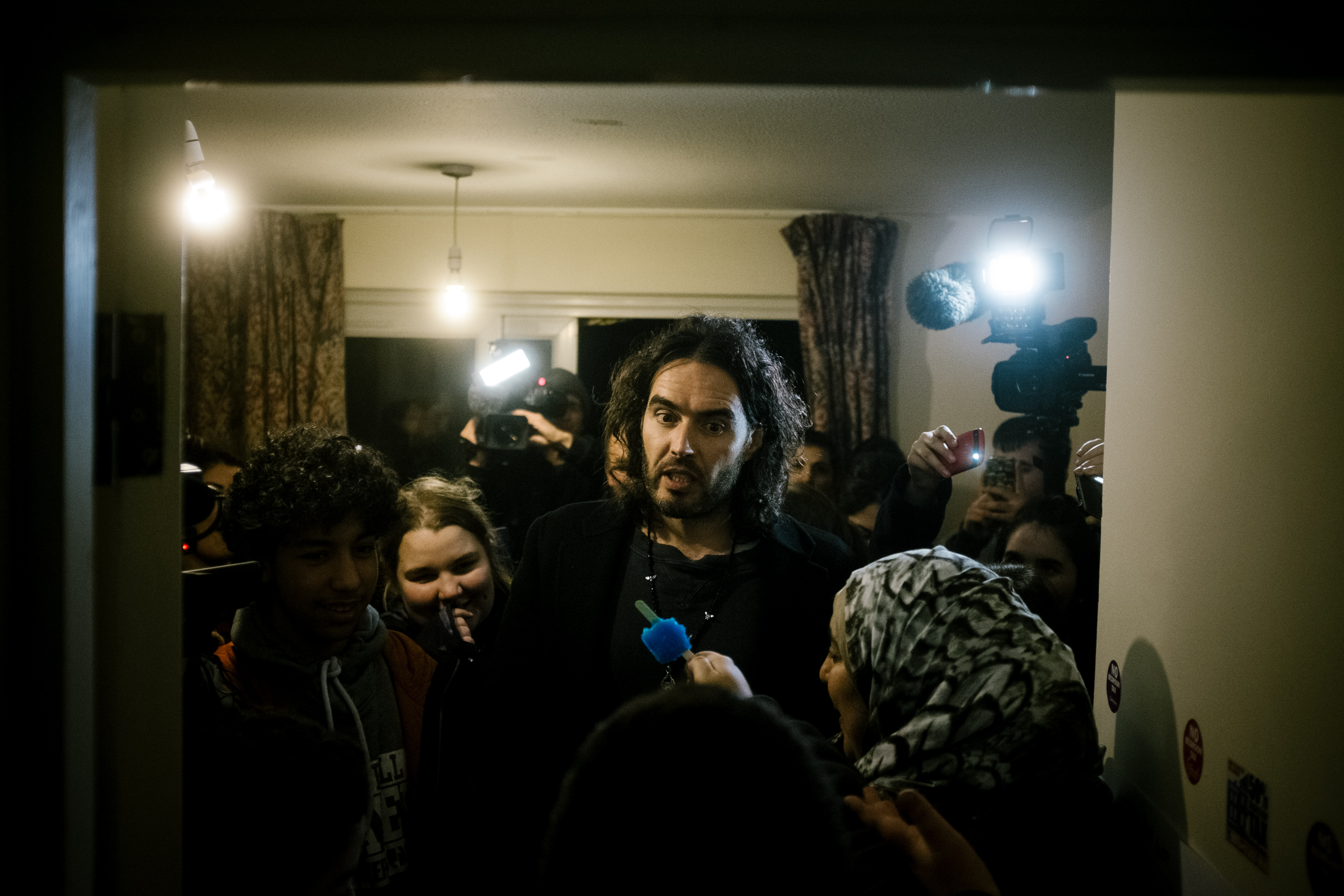 As the room empties, following Brand’s travelling circus onwards, a 14-year-old resident recalls how his family have been moved to Ponders End, in the opposite corner of North London. “We were evicted on the 16th of February and my Dad is now in a depression hospital due to the housing situation,” he says, explaining that their new house had no shower and broken locks that allowed anyone to wander inside. “We have to catch three busses to get to school. We don’t have internet in our house so I have to do my homework in school and by the time I leave it’s dark. I get tired so I don’t eat and I go straight to sleep and wake up at five o’clock in the morning for the two-hour journey to school.”

Juggling work, looking after two children alone and dealing with the council is taking its toll on his mother, but the Sweets Way campaign is helping to hold the family together. “Just seeing other people with relatively similar problems makes you realise that you’re not the only one going through it – other people could be going through even more stressful times,” he says. “[I try to keep] it at the back of my head so it doesn’t affect me but [one day] it got to a point where it just developed and I couldn’t hold it inside, so I missed maths and went to the toilet crying for an hour. It’s unfair what they’re doing. They’re treating us like furniture, moving us around wherever they want.”

His words resonate above Brand’s presence, offering a stark reminder that the housing crisis is very real for an increasing number of London families.

Find out more about Sweets Way Resists and support their fight by signing the Change.org petition to repopulate the estate.

Linkedin
RELATED ARTICLES
OTHER ARTICLES
As rent prices in London continue to surge, people are packing up and moving on. What's the future of the city?
Residents of London's New Era estate have been threatened with eviction if they can't meet more than a threefold hike in rent.
When a group of single mums occupied an empty council estate near the Olympic Village, they made the UK housing crisis impossible to ignore. But what’s driving Londoners out of their homes?