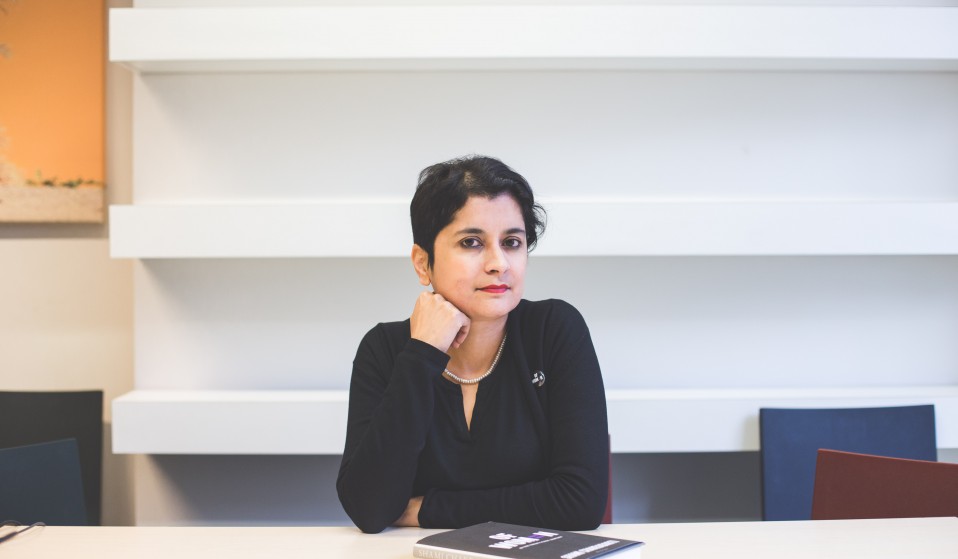 The Shadow Attorney General shares her thoughts on ageing, abuse, and the toxic misogyny that’s still haunting the corridors of Parliament.

As she gears up for the release of her latest book, Of Women: In The 21st Century, the Shadow Attorney General shares her thoughts on ageing, abuse, and the toxic misogyny that’s still haunting the corridors of Parliament.

It’s been a tough couple of years for Shami Chakrabarti. After becoming a Labour peer in 2016, the Shadow Attorney General has been at the receiving end of some intense scrutiny. There’s the controversy surrounding her peerage, which came just a month after she published a report on anti-Semitism and racism in the party. Then there are her calls for the end of selective education, while her son was sent to a £19,000-a-year private school. Despite spending 15 years at human rights organisation Liberty as a fierce, formidable campaigner, her reputation has been on shaky ground.

She’s got no intention of leaving it there, though. In a move that will no doubt appease many liberal supporters, Shami has now decided to dive into fourth-wave feminism; releasing her second book, Of Women: In The 21st Century, this week. It’s a powerful polemic, and arguably a pretty safe bet – feminism is everywhere, and there’s definitely no shortage of books on the subject. So what does she want to bring to the discussion? And why now?

“It was the right time personally, professionally, and politically,” she tells me, as we settle into a sparse meeting room at publisher Penguin’s Strand office. “I am 48, and at a certain stage of my life where I think you reflect on things that perhaps you had a different view on when you were younger.”

While age is no doubt part of it, the timing – particularly given the current news cycle – can’t be ignored. Women’s voices are now louder than ever. The Harvey Weinstein scandal, which broke earlier this month, seems to have had a domino effect: prompting women from TV, fashion and journalism to finally speak out about the sexual abuse culture that still haunts their industries.

That disturbing culture permeates through the corridors of power, too. Just this year, a survey revealed that two out of five female councillors had endured sexist comments from within their own parties. In the House of Commons, women are still barked and jeered at, and there are also darker stories of abuse coming to the forefront. Diane Abbott – who receives racist and sexist abuse “on a daily basis”– also spoke out earlier this year about the shocking, backward misogyny facing women MPs. (Shami describes Abbott as her “best friend,” adding affectionately: “she’s the kind of person you want to go through life with.”)

Since entering party politics full time, Shami has been forced to witness this toxic misogyny firsthand. “I have heard stories of various kinds of abuse of power in politics,” she tells me. “But what I’ve seen more than sexual harassment – which I’m sure has happened in that very macho environment – but what I’ve certainly seen is profound bullying [based on gender].”

“I can remember when I’ve been lobbying MPs and asking them to rebel against this measure or that measure, I can remember them telling what they’ve been subjected to in terms of being up against walls and shouted at…” she remembers. “…Conduct that is not acceptable and would not be acceptable in any place of work, and certainly not in the palace of Westminster. There has no doubt been a macho culture.” 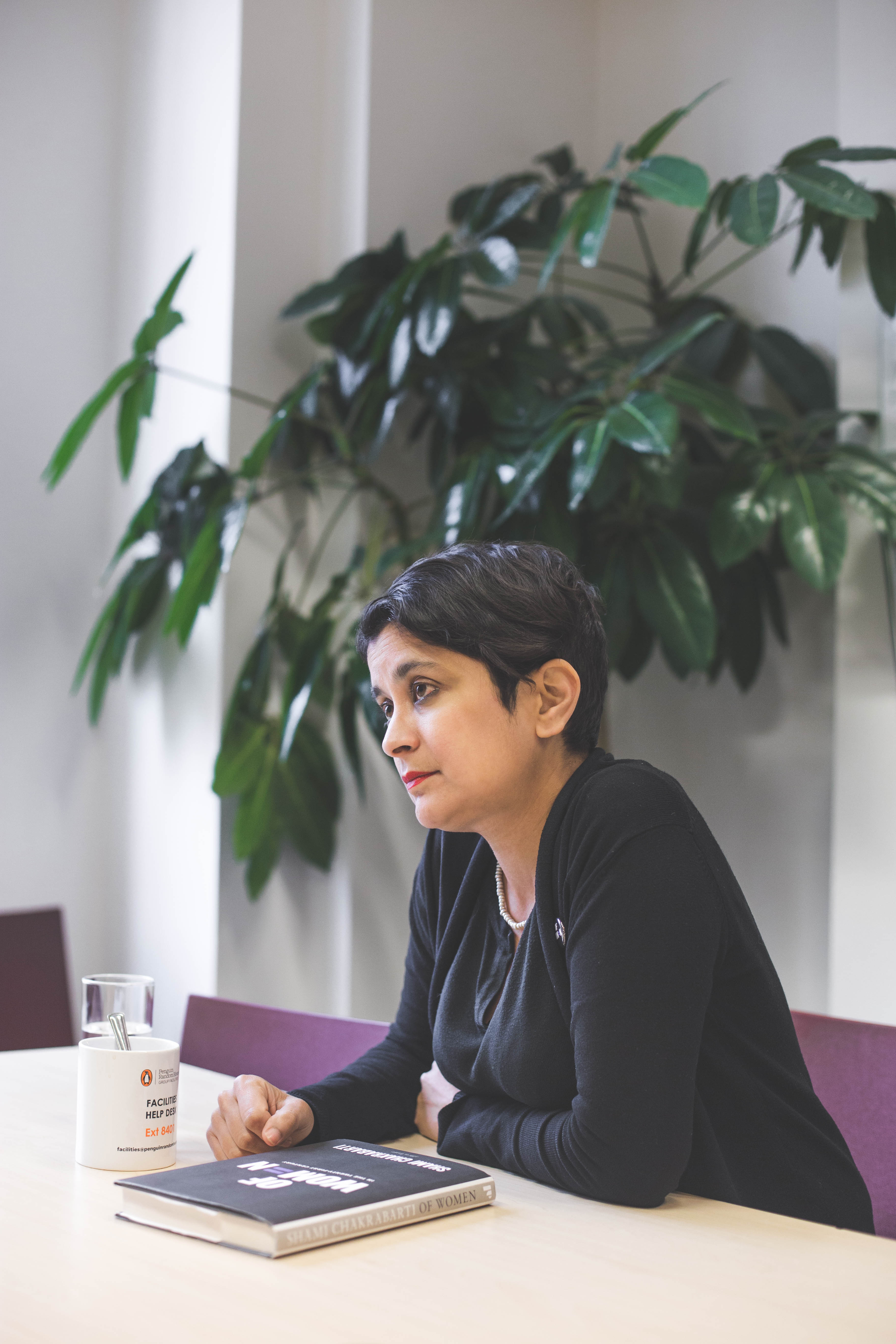 In an effort to stand out from the glut of feminist books on the market, Of Women aims to offer practical solutions. As well as weaving through some of the most pressing issues of the day (healthcare, education, online abuse), Shami uses her political expertise to discuss what steps need to be taken to fix them. Admittedly, much of the book isn’t groundbreaking – there’s talk of degendering toys and introducing quotas – but for those new to the cause, it acts as an informative and impassioned primer.

A child of Bengali immigrants (her university-educated mother was forced out of a career due to lack of affordable childcare), Shami was brought up in Harrow on the outskirts of London. She then went to a comprehensive girls school, before gaining a place at the London School of Economics, where she studied law.

After that, Shami went on to become the director of Liberty in 2003 – an organisation which campaigns for fundamental human rights and freedoms in the UK. She kept the post for 13 years, working through the war on terror, and through a period of increasingly authoritarian government policy. At the time, she was effective, bold and inspirational – an “anarchist in a wig”, according to Loaded, and “the most dangerous woman in Britain,” according to The Sun. (When reminded of the latter accolade, Shami smirks: “Look at me. Really?… I dined out on that for years.”)

Although these titles may have lost their stick in recent years, Shami’s craving for justice is still as strong as ever – it’s just that now, in middle-age, her tactics have changed. “I think being middle-aged kind of suits me. I’m a bit less insecure, but not complacent, and impatient for change,” she says. “When you’re in your teens or in your 20s, even your early 30s, you’re still up and coming. So sometimes you think – particularly with injustice and inequality – things will just naturally change… I don’t think time does it by itself.”

Her new strategy for change has led her to politics, where she now sits as Shadow Attorney General in Jeremy Corbyn’s Labour party. She says the transition has been “tough”, but that the career switch was ultimately “worth it.”

“I really worry about people being put off, and women in particular being put off, by scrutiny and hostility,” she says, cautiously. “I would like to say that it’s worth it, and the antidote to mockery, scrutiny, hostility is solidarity. And that’s the flip side – having the opportunity to try and make a difference.”

Her dedication to making that difference is made clear throughout the interview. She expresses a calm but forceful anger when discussing Tory policies, lamenting the loss of maintenance grants and cuts to social care, and shows an acute awareness of how austerity has affected women – particularly those who are BAME and working class. 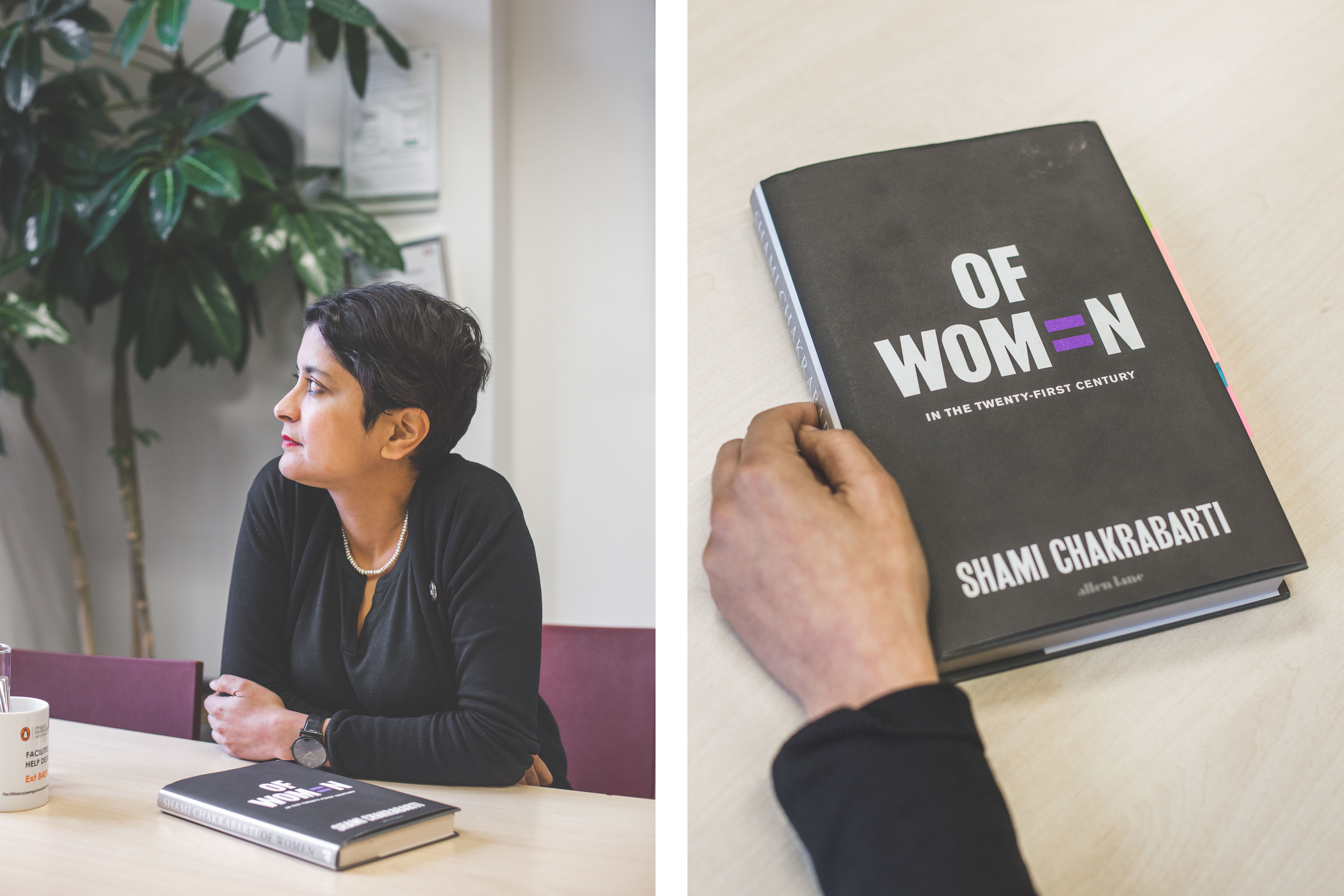 I bring up Theresa May’s recent race report, which revealed that BAME women suffer from the worst life chances in Britain. “My concern is that Mrs May and others in her party may have the right instincts… but then what are [they] going to do about it?”

Does she think it was just for show?

“I’m not saying it’s for show – I’m just saying it doesn’t go far enough,” Shami says, carefully. “I want to know what Mrs May is going to do about it. My fear is that what’s required is too bitter a pill for too many people in her party, because it is about taxing about the super rich, and it is about investing in people’s life chances and in universal childcare.”

While it can be easy to get despondent about the future of women’s rights, Shami is ultimately optimistic. Change is more likely than ever, she says – as long we keep as politically engaged as possible. She urges young women to sign up to a political party, join a trade union, and even become candidates themselves. “It’s about being more vocal,” she says, “being less content to take second best or third best, and really demanding more of the employer, the education institution, the government, the colleagues.”

As the interview comes to a close, I ask her about the lessons she’s learnt – and what wisdom she feels she can impart to the next generation of women. She pauses. “It’s worth taking risks,” she says, with a smile. “It’s worth getting stuck in. I would say that my personal motto is ‘anyone’s equal, no one’s superior.’ It is possible to be confident without being arrogant.”

“Be more confident. Be more adventurous. Take that risk. There will be people who will come out and support.”

Of Women is published on October 26 by Penguin.

Linkedin
RELATED ARTICLES
OTHER ARTICLES
Author Edward Banches dicusses his new book, which examines the hard rock and metal scenes in five African countries: Botswana, Togo, South Africa, Kenya and Ghana.
Activists and campaigners are fighting back against new laws that would seriously undermine the ability to take industrial action, calling it an attack on fundamental workers' rights.
Photographer Becky Tyrell went down to the fading banger and stock raceway to meet a community desperate to keep it alive.
Following the release of his debut single, Deyaz talks battling addiction, dealing with his struggles through music, and building a budding music career from his living room.
A new film from Berghaus traces the story of Adam Raja, who left behind a turbulent upbringing to discover the healing power of climbing.
Social prescribing connects people with non-medical support to improve their health and wellbeing – but some experts worry it’s just a stick plaster solution.