News & Politics / Reportage / Stepping into the absurd: I spent a week at the Republican National Convention 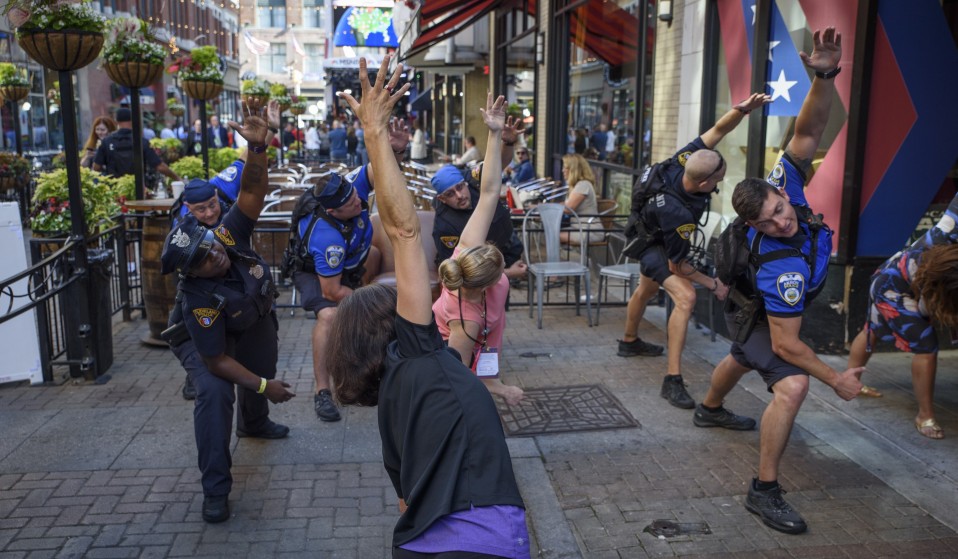 Last week in Cleveland, Ohio played host to the Republican National Convention, where Trump secured his nomination as the GOP candidate for President in 2016. James Joiner isn't a political journalist, but he headed into the convention - the most absurd for a generation - to see what Trump had in store.

Last week in Cleveland, Ohio played host to the Republican National Convention, where Donald Trump secured his nomination as the GOP candidate for President in 2016. James Joiner isn't a political journalist, but he headed into the convention - the most absurd for a generation - to see what Trump had in store.

Even an LSD-and-speed besotted Hunter S. Thompson on a bad trip couldn’t have scripted this year’s Republican National Convention. Unraveling all last week in Cleveland, Ohio, billionaire businessman and potentially compulsive liar Donald Trump accepted the conservative party’s nomination as their presidential candidate amongst what amounted to a gathering of America’s lunatic fringe politicians and D-list celebrities. 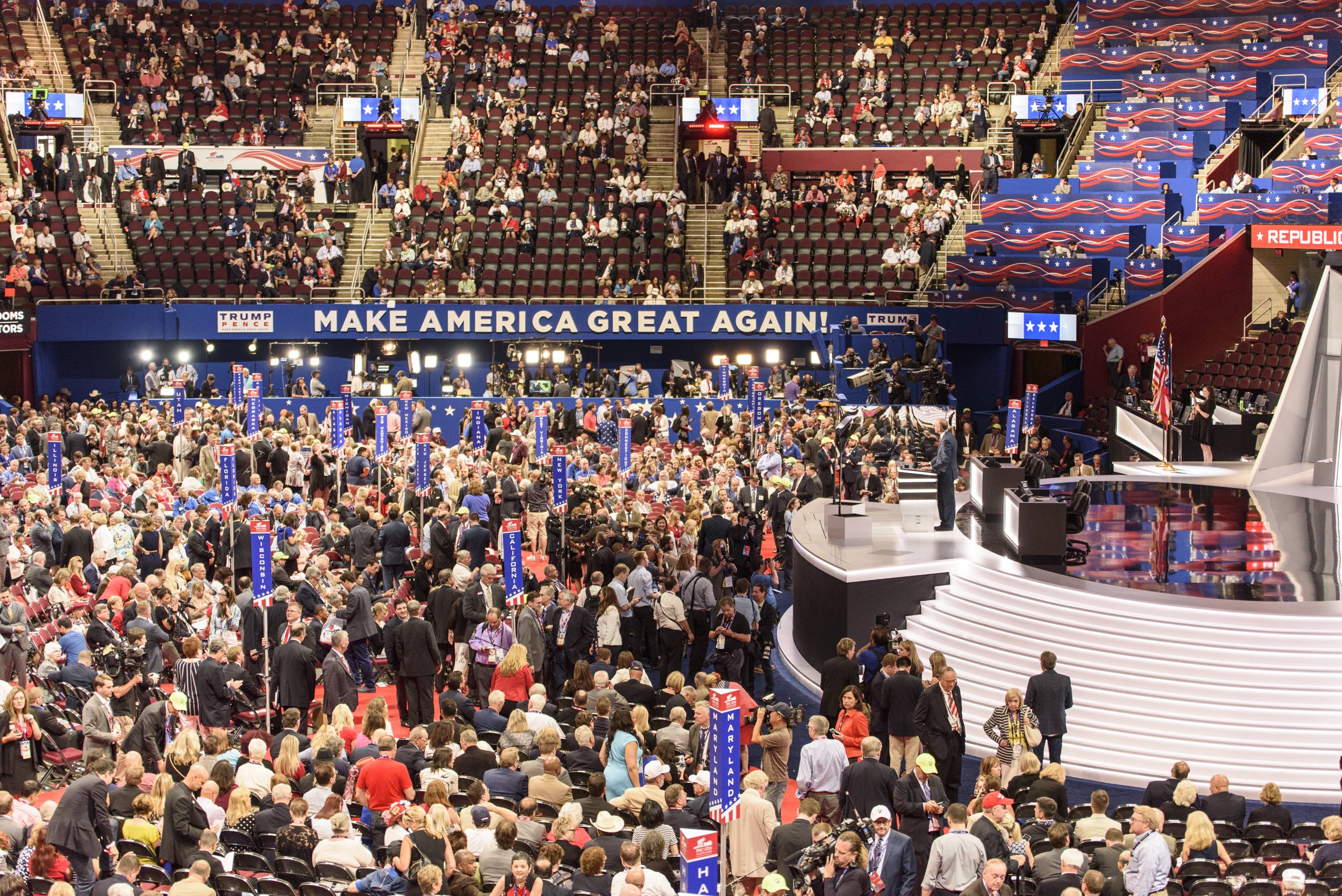 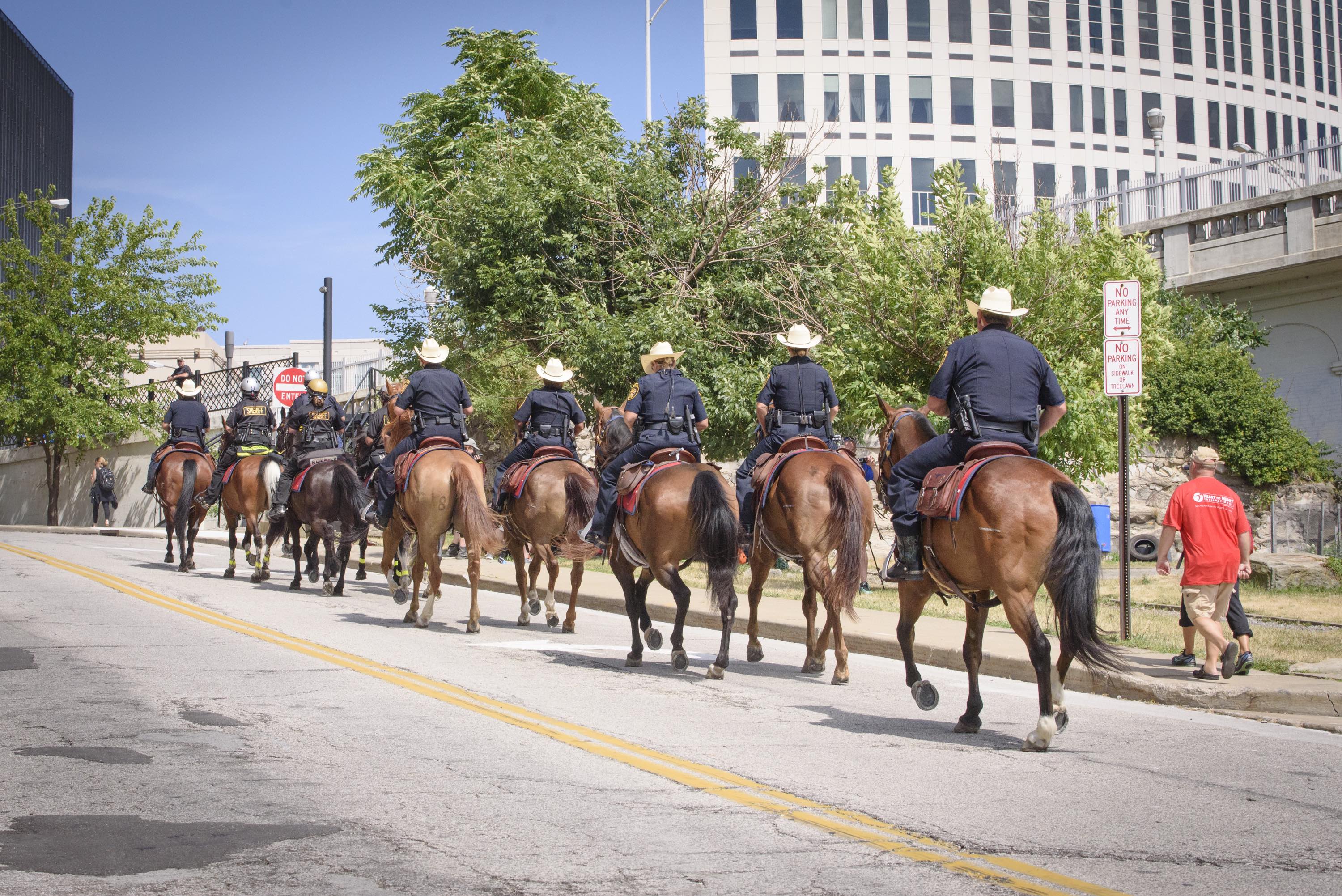 Inside a security perimeter behind a labyrinth of chain link fences, concrete barriers, snipers, and law enforcement of all kinds from all over the country, Trump, his family, and his cohort fear-mongered their way through poorly-researched, often just plain false indictments of the state of the nation, promising to oust immigrants, derail cop killers, and make America Great Again, even as teenage girls in matching “Red, White, and Better Than You” outfits skipped merrily about.

If there were one overarching theme to the event, it was that these are the final desperate throes of the ruling class of old white men seeking to restore their racist, homophobic, misogynistic legacy. 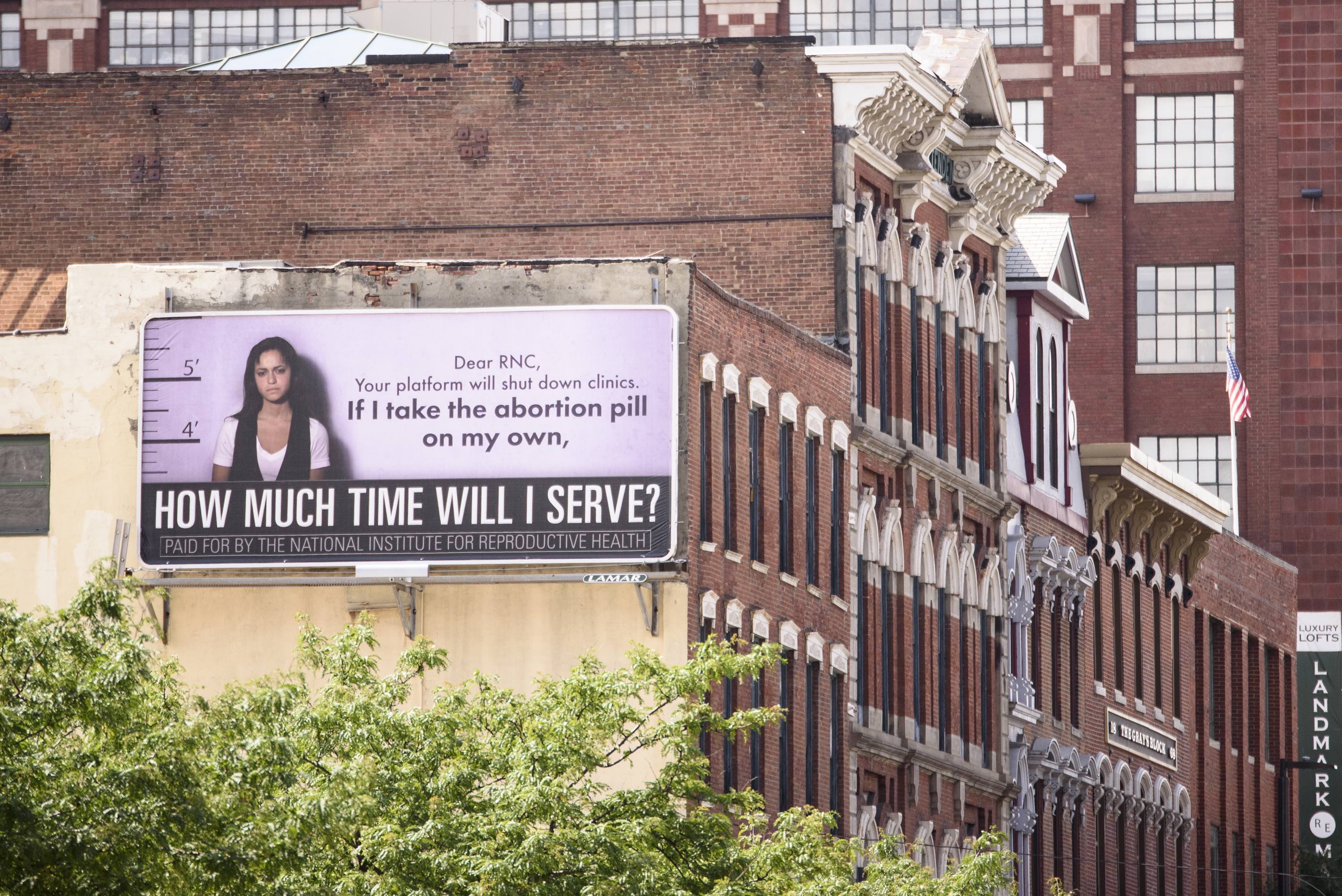 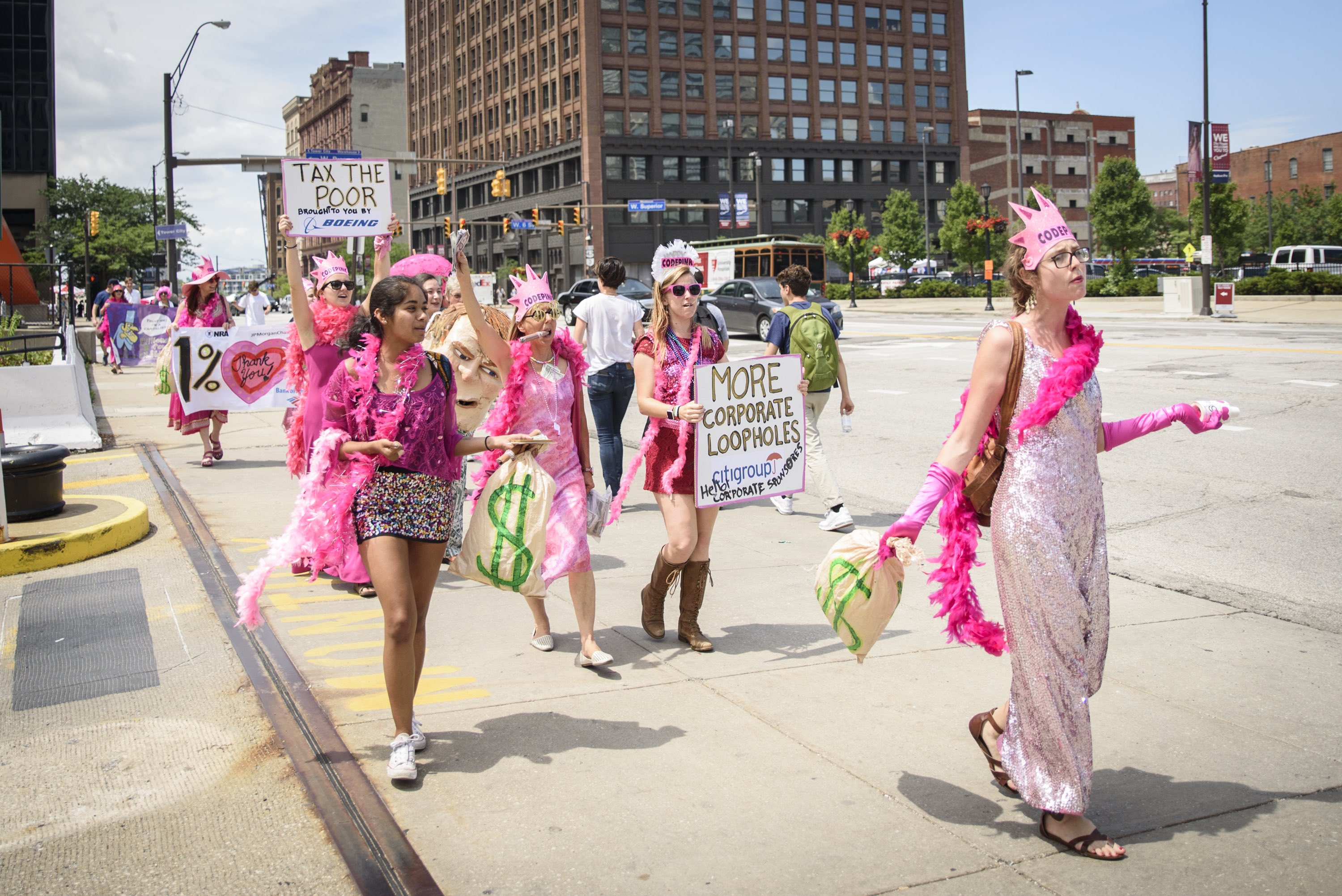 Trump’s is a potential administration so deranged that even other members of the far-right avoided the convention like the plague: no former presidents, no John McCain, no Clint Eastwood, not even Ohio Governor John Kasich. Arizona Senator Jeff Flake told the Associated Press he had to stay home and “mow his lawn.” Even the most noteworthy attendee, Texas senator and former 2016 presidential hopeful Ted Cruz, couldn’t bring himself to endorse Trump, leaving the gathered masses spitting in fury as he left the stage. 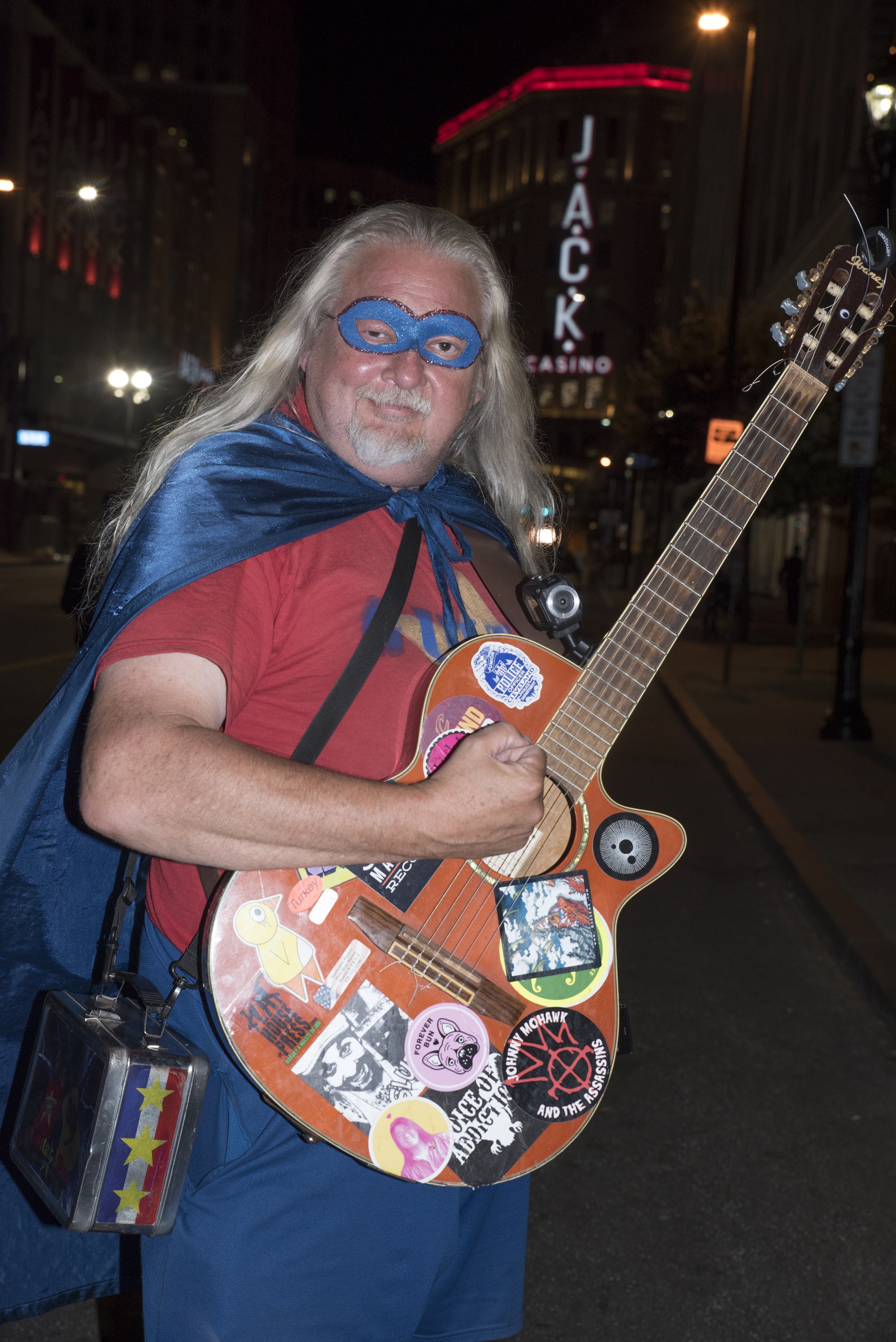 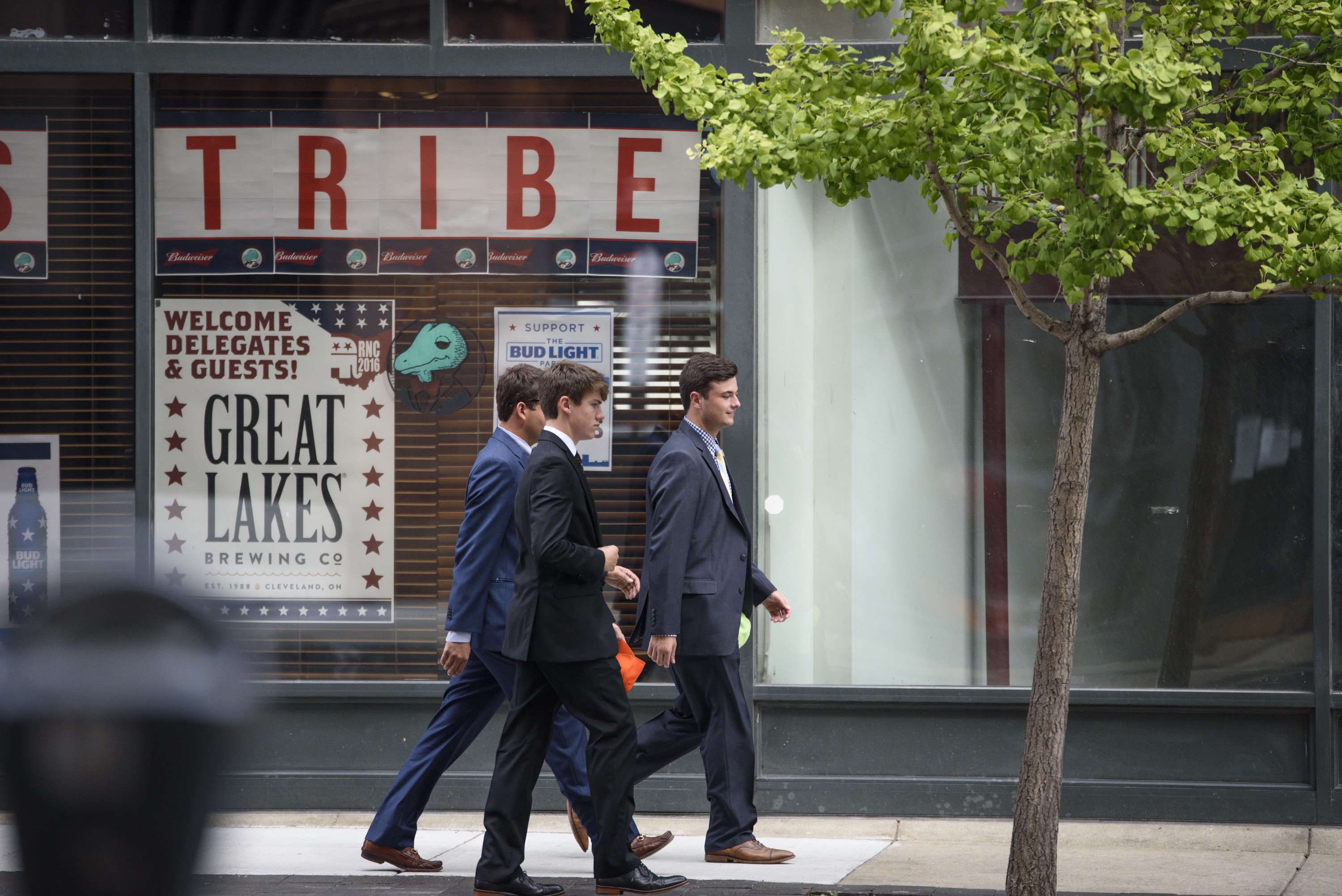 Outside the perimeter, thousands of journalists milled about, desperately seeking protestors or unrest to beam out to their waiting audiences. They didn’t find much. Occasionally a rare open-carrying redneck would parade around, gun prominently displayed, to bask in their attention.

Small pockets of religious extremist types stalked around, grungy and hairy, waving signs condemning gays to death or predicting the end being nigh, again. On Wednesday, a group of anarchists sent out an alert that they’d be burning an American flag at precisely 4 pm by the arena’s entrance, but so many reporters and police were waiting they had to postpone. 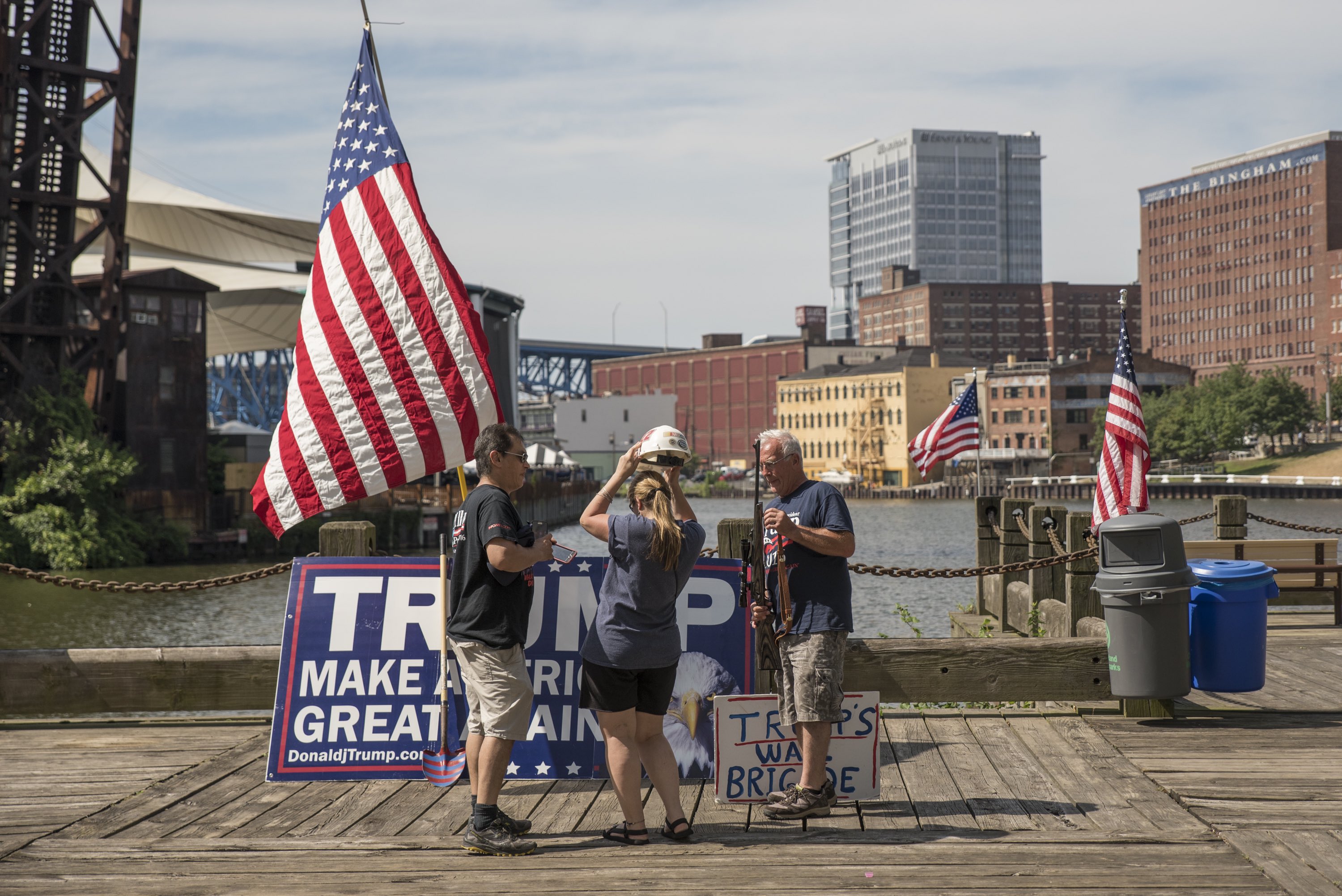 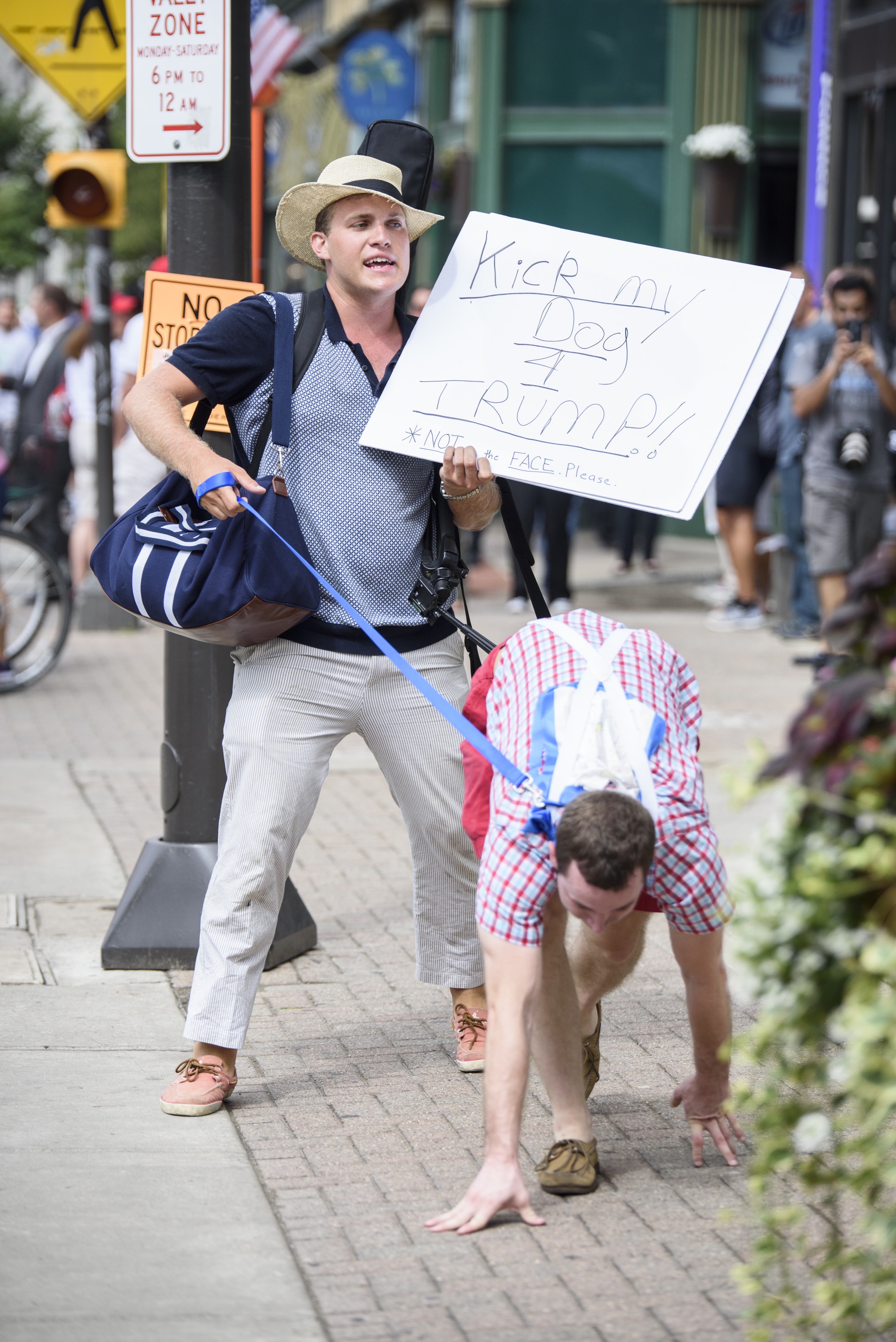 Vendors hawking anti-Clinton and pro-Trump swag lined the streets, though passersby generally ignored them. Hardly the circus anyone was expecting after the violence and protesting that erupted at Trump’s campaign stops. Maybe it was the stifling heat and oppressive humidity, but a sense of underwhelming acceptance hung in the air, a thick layer of apathy that was hard to shake.

Even back inside the perimeter, where delegates and party VIPs swayed to the sounds of Neil Diamond cover bands, the music was halted and food and drink vendors were forced to shut down so as to drive an audience in to listen to yet another speaker seethe and rail and yowl about how far America has fallen and how Trump, a reality show star whose businesses are as likely to go bankrupt as they are stay afloat and who has proven to have zero attachment to the truth, is the only possible saviour. 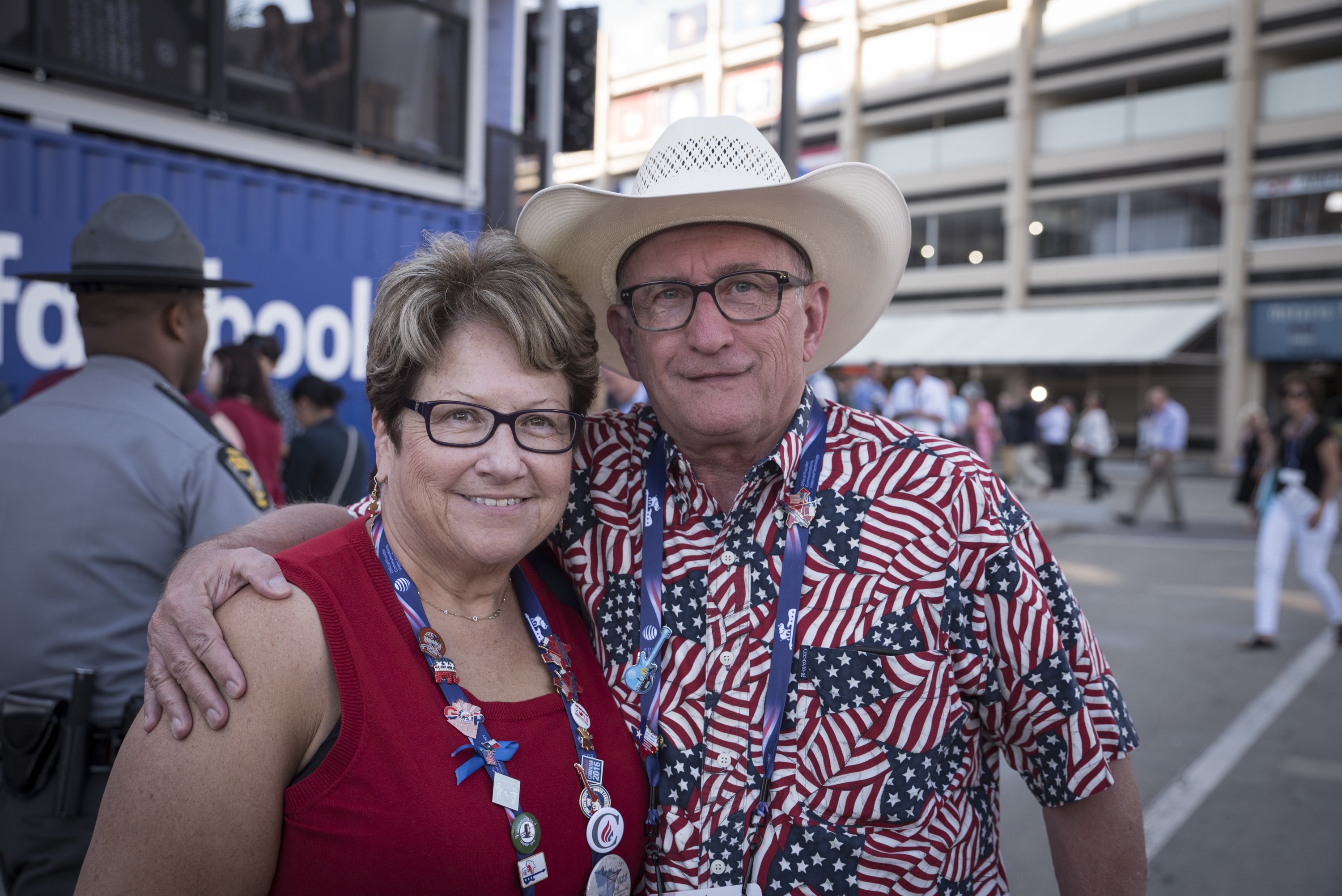 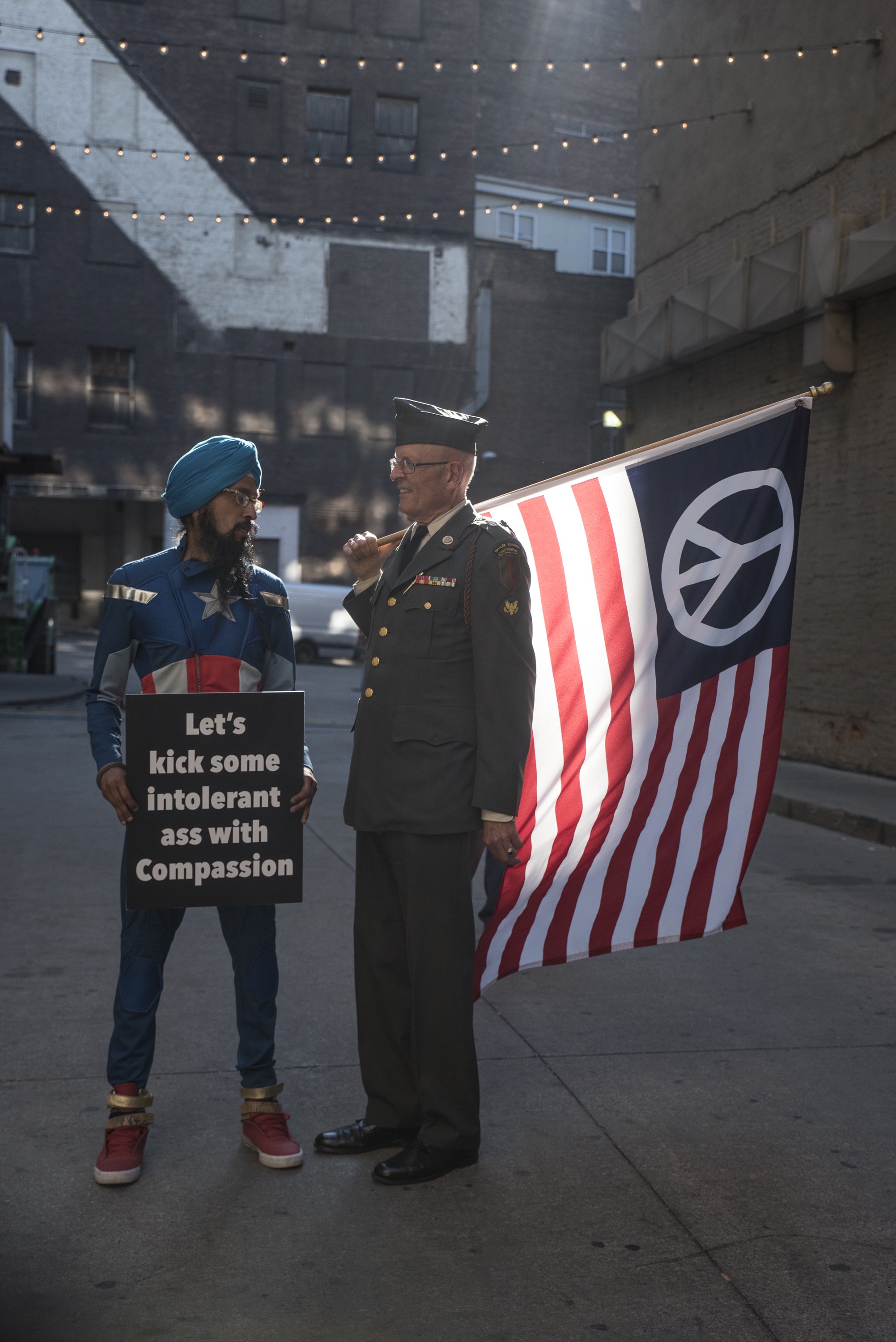 By the second day even the journalists – there must have been two or three reporters to every other attendee – could barely contain their listlessness, not even managing to get all that excited when Trump’s wife plagiarised her speech from Michelle Obama.

Watching the RNC unfold, it’s clear that if Trump manages to win the presidency it won’t be because he’s the best candidate, or because he represents the American people the best. 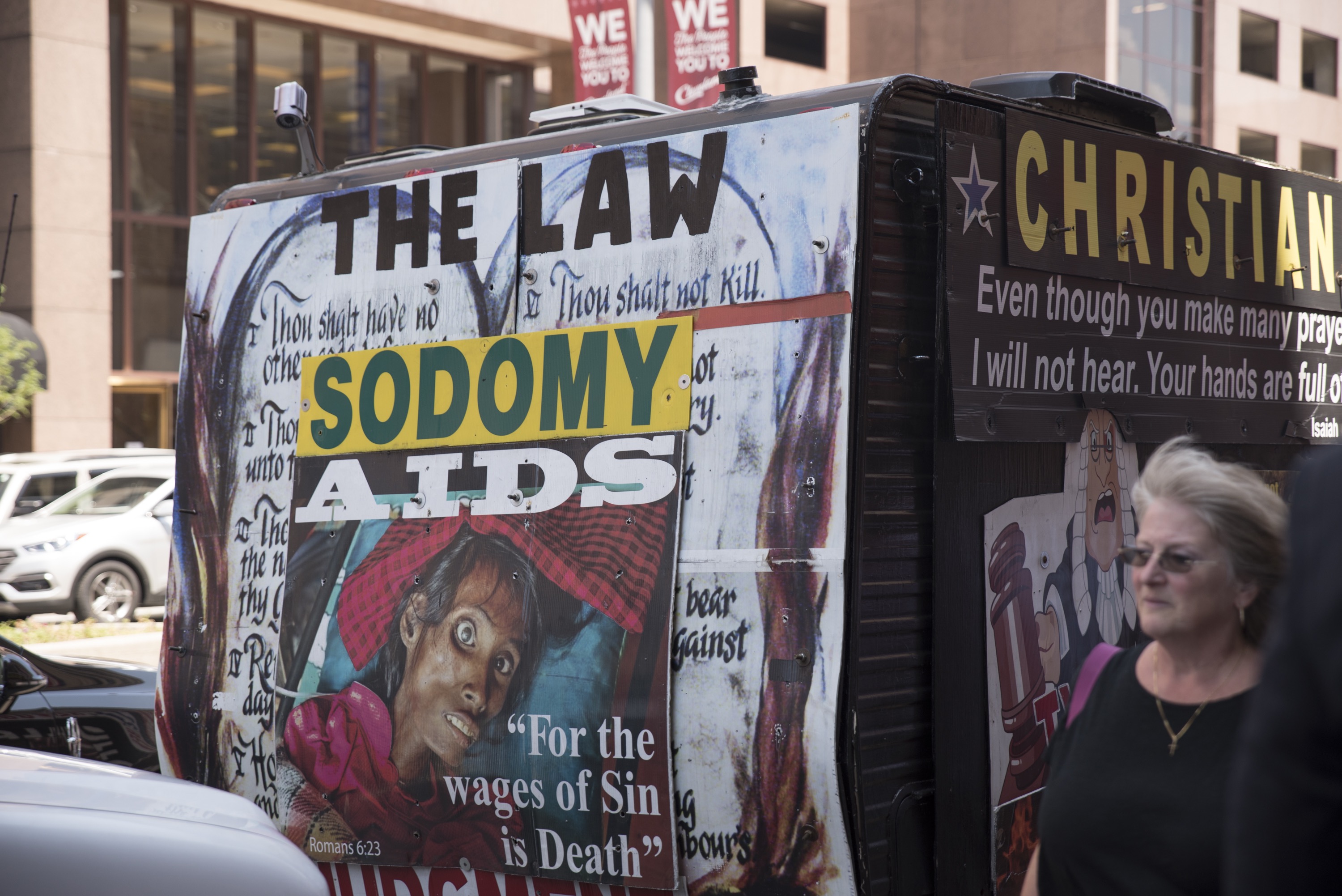 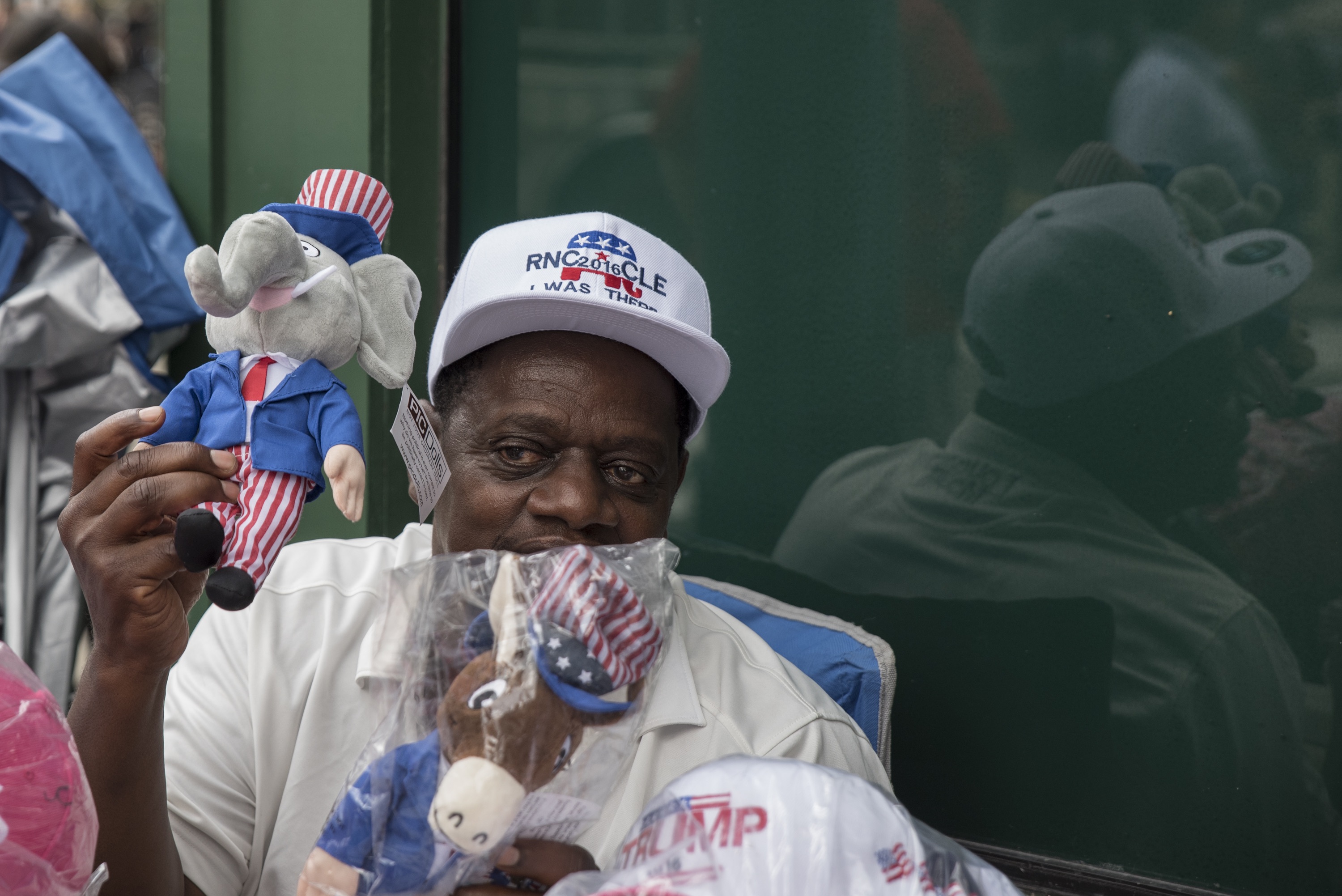 It’ll be because we the people were too apathetic, too numbed by the constant barrage of left and right wing propaganda and media sensationalism to give a shit enough to look up from Facebook and vote against him and his pasty, vitriolic supporters.

Then I reckon it’ll be a few years down the road before we manage to look up and see that we’d been browbeaten into an Archie Bunker fever dream of white supremacy, women-in-the-kitchen, and authoritarian dystopia. Here’s hoping it won’t be too late.

Linkedin
RELATED ARTICLES
OTHER ARTICLES
Students are being left to languish in unsafe housing, in some cases leading to serious health complications.
The author discusses her new memoir, which offers a sobering reflection on the racism and otherness she’s experienced along with a joyful celebration of her culinary heritage.
A series of photos by the late Jerry Dantzic taken in 1957 show a tender side to the iconic Jazz musician.
The government’s brutal crackdown on NGOs has left victims of rape without anywhere to seek help. And now, as the country plays a key role is Russia’s war, things are only getting worse.
Photographer Bud Glick recounts documenting everyday life in the area, and what it taught him about the Chinese immigrant experience.
Ahead of the release of his new album, the producer reflects on his battle with drug use, getting into painting and what Madonna taught him.