News & Politics / Reportage / How streetwear is uniting the community in Charlottesville 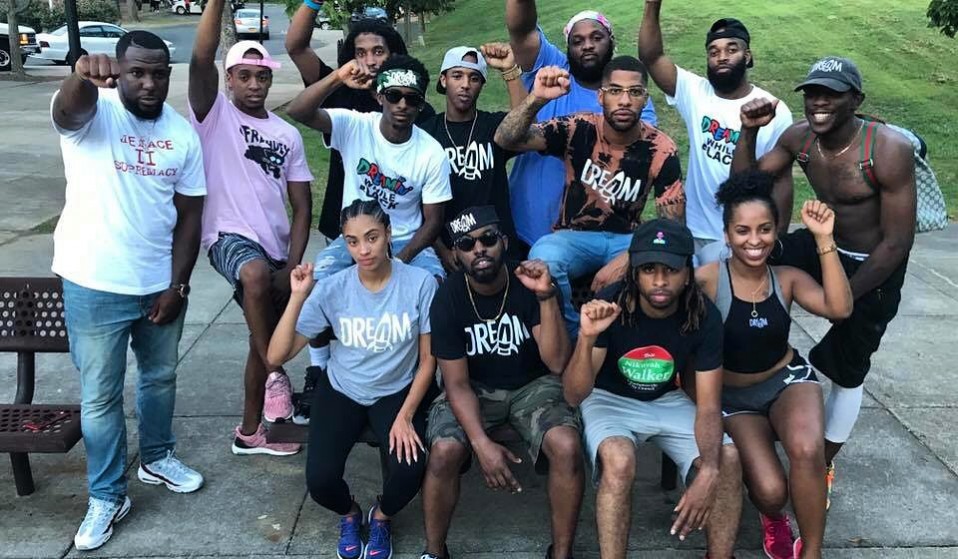 Last weekend’s tragic events will not deter Robert Gray and Will Isabelle – the owners of two Charlottesville-based streetwear companies – from fighting back.

Last weekend’s tragic events will not deter Robert Gray and Will Isabelle – the owners of two Charlottesville-based streetwear companies – from fighting back.

The timeline of the events in Charlottesville, Virginia has now been widely circulated. On Friday August 11, the so-called ‘alt right’ descended on Charlottesville for a ‘Unite the Right’ rally. They were protesting the removal of a statue of Confederate icon General Robert E Lee, an outright monument to white supremacy. The rally, organised by Jason Kessler and attended by white nationalists, Ku Klux Klan members, and Neo-Nazi groups, was scheduled to take place in the town on Saturday morning. The following 24 hours saw rally goers violently clash with anti fascist counter protesters. In a tragic twist, 32-year-old Heather Heyer was killed and 19 others injured in a terrorist attack which saw 20-year-old Ohio native James Fields – a reported neo-Nazi – ram his car into a group of counter-protesters.

Although Charlottesville identifies as a liberal college town, it unwittingly became a site for Ku Klux Klan rallying after the council voted to change the names of its Jackson Park and Lee Circle, named after Confederate leaders, to Justice Park and Emancipation Circle. But even without the KKK’s intimidation tactics and pageantry, it would be naive to think that the weekend’s events developed spontaneously.

“Obviously we didn’t anticipate things happening to this magnitude, but it’s definitely been blowing in the city for a long time,” says Robert X Gray, educator and CEO of Dreamin Diamonds, a Charlottesville-based socially conscious streetwear brand. “People are tired of racism and white supremacy. It’s time for a change.”

Gray has spent years actively trying to unite his local community, launching book drives, voter registration initiatives, environmental awareness projects and tutoring programs. With the help of Will Isabelle, who runs Charlottesville-based sneaker boutique 89Till VA, he’s also set up the ‘Diamond in the Rough Annual Scholarship Fund’ – a project aimed to help exceptionally gifted high school seniors who will go on to be first generation college students.

Trying to invoke that sense of community spirit with local white nationalists, however, has proved almost impossible. In Virginia, gun control laws allow open carry of a handgun without a permit, with concealed carry legal for all permit holders – a rule that many protesters took full advantage of over the weekend.

“I just want to have a conversation, but they show up with shields, weapons and technical vests,” says Isabelle of the white supremacist marchers. “Some of these people are the same people that protect the country. They have their own army. They move like a military unit. They have a plan, they know what they are gonna do. They destroy, they tear up everything and then they leave.”

It’s this precision that made the rally, and the subsequent terrorist attack, particularly jarring. After all, while gun control may be lax in the state, Charlottesville residents see the city itself as one of the safest in the country. “(It’s) probably one of the only places where you can leave your car door unlocked,” explains Isabelle. “Nothing really happens. To have them descend on our city that we built as a safe haven…” He trails off. 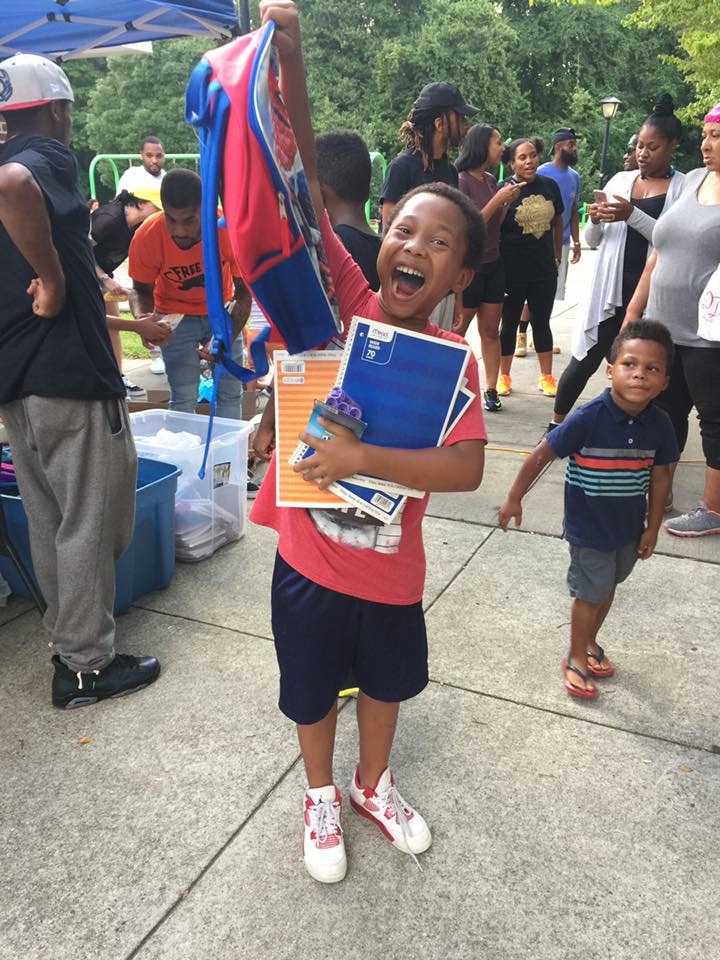 One of Gray and Isabelle’s Back To School drives

“When you drive through the city now the air is different. It’s not necessarily hate, because black people are still getting along with white people. It’s not like we’re walking on the street looking at every white person like ‘you’re to blame.’”

According to Gray, his community is now “on guard and in disbelief.” However, he sees the weekend’s events as an opportunity to educate people about the reality of being black in America. “Not just in Charlottesville,” he says, “but the whole country in general.”

“Justice will have to be done on a lot of levels,” adds Isabelle. “What happened in Charlottesville is just the beginning, because these people will continue to go to different places, doing what they do. We need to feel that our government protects us.”

Unfortunately, a few hours after this statement, Donald Trump gave a press conference in New York to clarify his lack of outright condemnation for the white supremacist organisers. Instead, he shocked reporters and White House staff alike by stating that both sides had “fine people”, and that the counter protest group – which he referred to as the “alt left” – were equally to blame for the violent clash. His words were a terrifying reminder that, in Trump’s America, white supremacist rallying has somehow become state-sanctioned.

In the wake of civil unrest that overwhelmingly affects your peers, public organising can feel difficult, even threatening. But on Saturday, Gray, Isabelle and fellow community organiser Jamar Pierre-Louis held a Back to School Block Party, handing out hundreds of book bags and school supplies for children in their community. The event was attended by Charlottesville Vice Mayor Wes Bellamy.

“People need to know that despite everything that went on in Charlottesville on Saturday, there was a group of young black men that all got together,” says Isabelle. Although they’d been planning the event for a while, amid the chaos of the city it became a safe space for people to be with their families and friends without, as Gray says, “worrying about what was transpiring.” When a state of emergency becomes the status quo, resistance comes in multiple forms, and protest isn’t always the most effective or, especially for black and brown bodies, the safest.

“We try to be proactive,” adds Gray. “I’m about black excellence and destroying white supremacy. Educating yourself, going to school. You don’t have to protest to make a change, and don’t think just because you’re protesting you are making a change.”

“We can go down to the protest and fight the fight that’s been going on for a hundred years, or we can fight the good fight and directly impact the children,” says Isabelle. “The more I think about it, the more I realise that it isn’t the right time for me to get hurt. That’s my main focus – being here another day.”

Linkedin
RELATED ARTICLES
OTHER ARTICLES
Photographer Sean Maung reflects on documenting a small town in Pennsylvania afflicted by high levels of unemployment, poverty, violence, crime, and addiction.
The first-generation graffiti artist reflects on the tagging’s emergence as an art form and the players who pushed the medium forward.
From snake handlers to mardi-gras revellers, Tom “TBow” Bowden’s photos provide a snapshot of the wonderful and weird people who make up America.
After a two-year hiatus and a new album, the Nigerian artist is riding high. Now, he wants to bring his alternative, genre-bending sound to the world.
Activists and campaigners are fighting back against new laws that would seriously undermine the ability to take industrial action, calling it an attack on fundamental workers' rights.
Taking us through one of the most dynamic years in recent history, Laylah Amatullah Barrayn new photo book contains tender yet confrontational portraits.