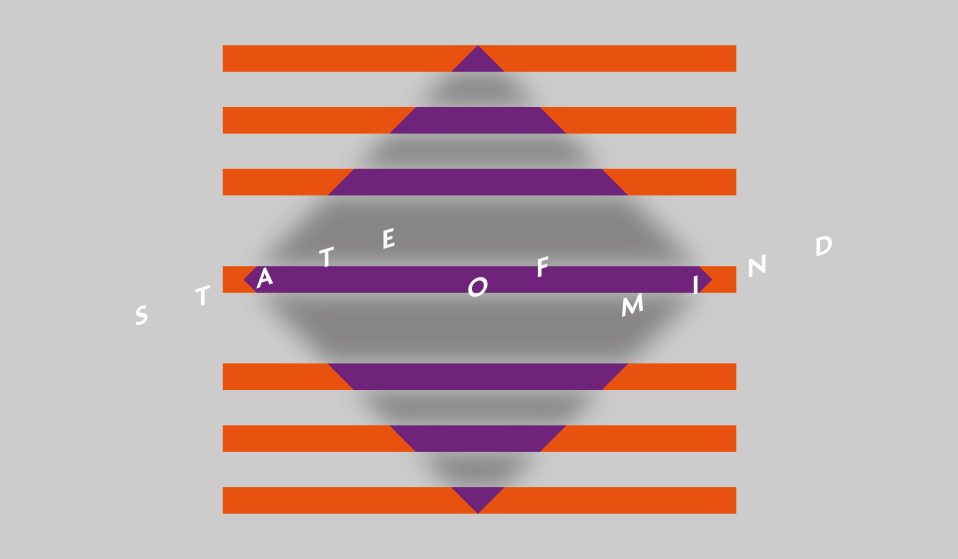 In the first instalment of a new series, Emily Reynolds investigates how the repercussions of lockdown have affected freelance writers.

Huck is exploring the impact that the coronavirus pandemic is having on different communities – and on our mental health. In the first instalment, Emily Reynolds investigates how the repercussions of lockdown have affected freelance writers.

Sanjana Varghese had been working as a freelance journalist in London for around a year when the coronavirus pandemic hit.

As countries around the world went into lockdown, many organisations froze their commissioning budgets, while others halted business entirely. Several of the pieces Varghese had been working on were cut as a result, having a “huge impact” on both her finances and her level of stress. As both a migrant and someone relatively new to freelancing, she was ineligible for support from the British government.

“It was really stressful for a while – and it still is,” she says. “I’m increasingly uncertain that freelancing as we know it now will still exist in the same way in a couple of months. That’s something I spiral about when I’m left without something to do for too long.”

One of the publications Varghese regularly wrote for has already shut down, again leading to increased anxiety about what comes next. “Basically, I try not to look at my emails too much because I’m anxious I’ll get one with, ‘Sorry, we’re shutting down’ in the subject line.”

As a freelance writer, she is far from alone. Many currently working across journalism and publishing are facing similar anxieties when it comes to a shared uncertain future. But as a community used to going it alone, it’s a crisis that predates coronavirus.

In many ways, freelance writers are prepared for periods of isolation. Hours are spent reading, researching or writing alone, while working from home away from the presence of colleagues is an everyday reality. For some it is liberating; for others, the total opposite.

Several of the issues people have faced since being confined to their homes are nothing new to the freelance community. Epson research found that a quarter of freelancers had experienced depression, while almost half admitted to finding the experience lonely. On top of this, the publishing and media industries are also deeply unequal: 51 per cent of journalists and 80 per cent of editors are privately educated. For those without newspaper columns, cushy media jobs, family connections or six-figure book deals, lockdown – and its repercussions – have only heightened such disparity. 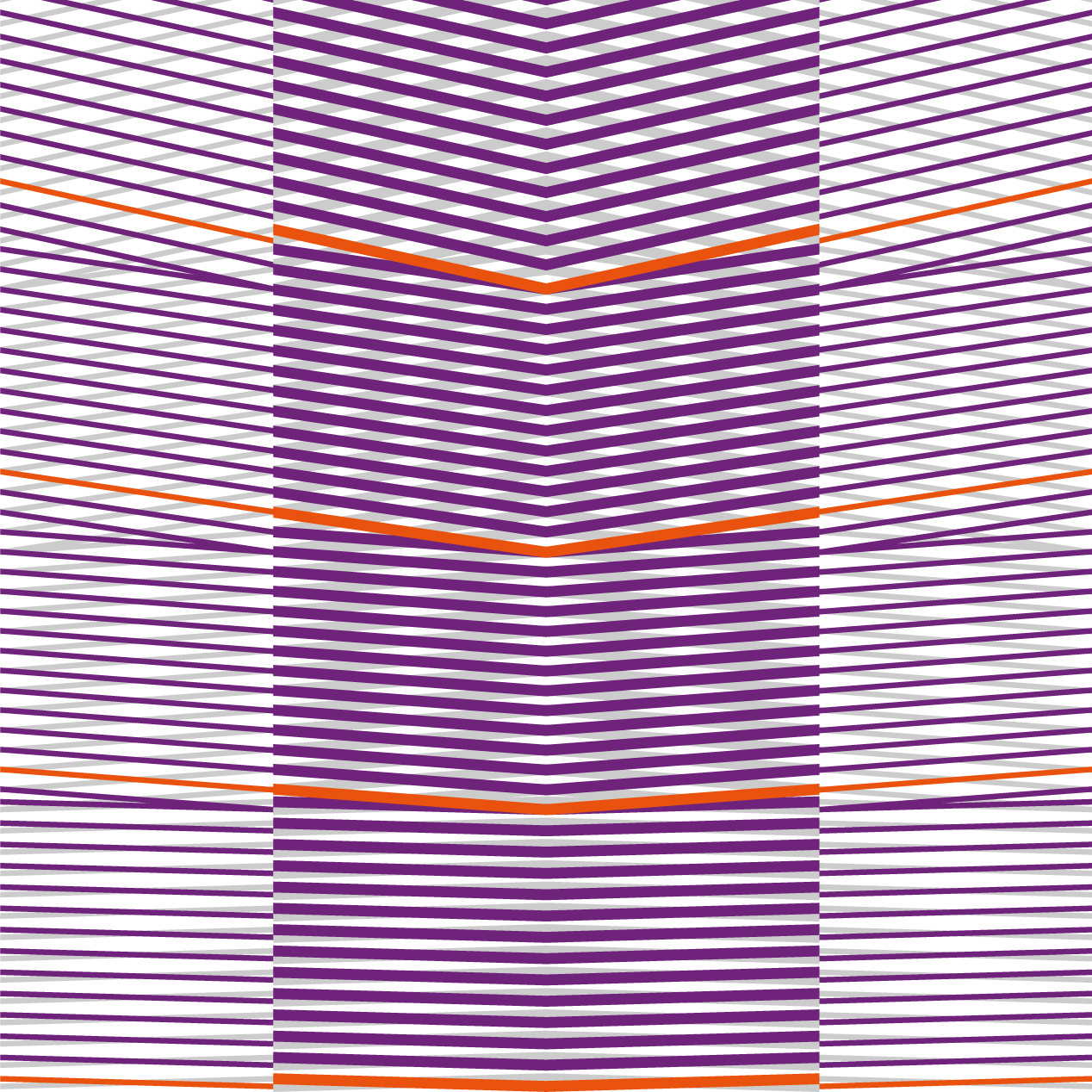 For Livia Francini, stress around deadlines and loss of work has been compounded by concerns for her family in Italy. “You deal with a degree of cognitive dissonance anyway, working in your second language and living in your second country – but it’s all been exacerbated quite badly because I am Italian and living in the United Kingdom,” she says.

Francini’s novel, Shelf Life, has just been released in translation in Italy, where she was supposed to tour over the summer – that tour, which was “a way of going home”, is obviously no longer happening. She also works as a creative writing teacher on various zero-hour contracts and has concerns about those roles too. “Associate lecturers may not be hired anymore, so it could be hard to find those kinds of contracts again. I’ve always thought if money runs out I would do something else – admin, work in a restaurant. But that possibility isn’t there anymore.”

Lola Olufemi, a writer and activist from London, is in a similar position. Like Francini, she’s just released her first book: Feminism, Interrupted. “So many of the ideas in my book are premised on collectivity and the transformation of political and social relationships that feminist thinking and practice offers us,” she says. “The starkest difference for me [since lockdown began] is being unable to think aloud with other people in the same room and to hear in real time people’s thoughts and ideas in relation to the arguments the book puts forward.”

‘Productivity’ is a concept that’s been much debated over the last few months. Given the stress and unfamiliarity of the current global situation, many have found that it has suffered. (Francini has both a deadline for her second novel and a PhD to finish, for example, at the most difficult time you could imagine.) But all of the writers who spoke to Huck reject the idea of productivity at the same time as they acknowledge its loss.

“For me, what is most disconcerting is seeing the gap between what we know is happening on the ground – especially for the most vulnerable, especially for black people in this country – and the way this pandemic is being narrativised as a success,” Olufemi says. “Anything that I have been able to write has been so angry it doesn’t make sense. I’m not interested in productivity as much as I am interested in using writing to make sense of that anger.” 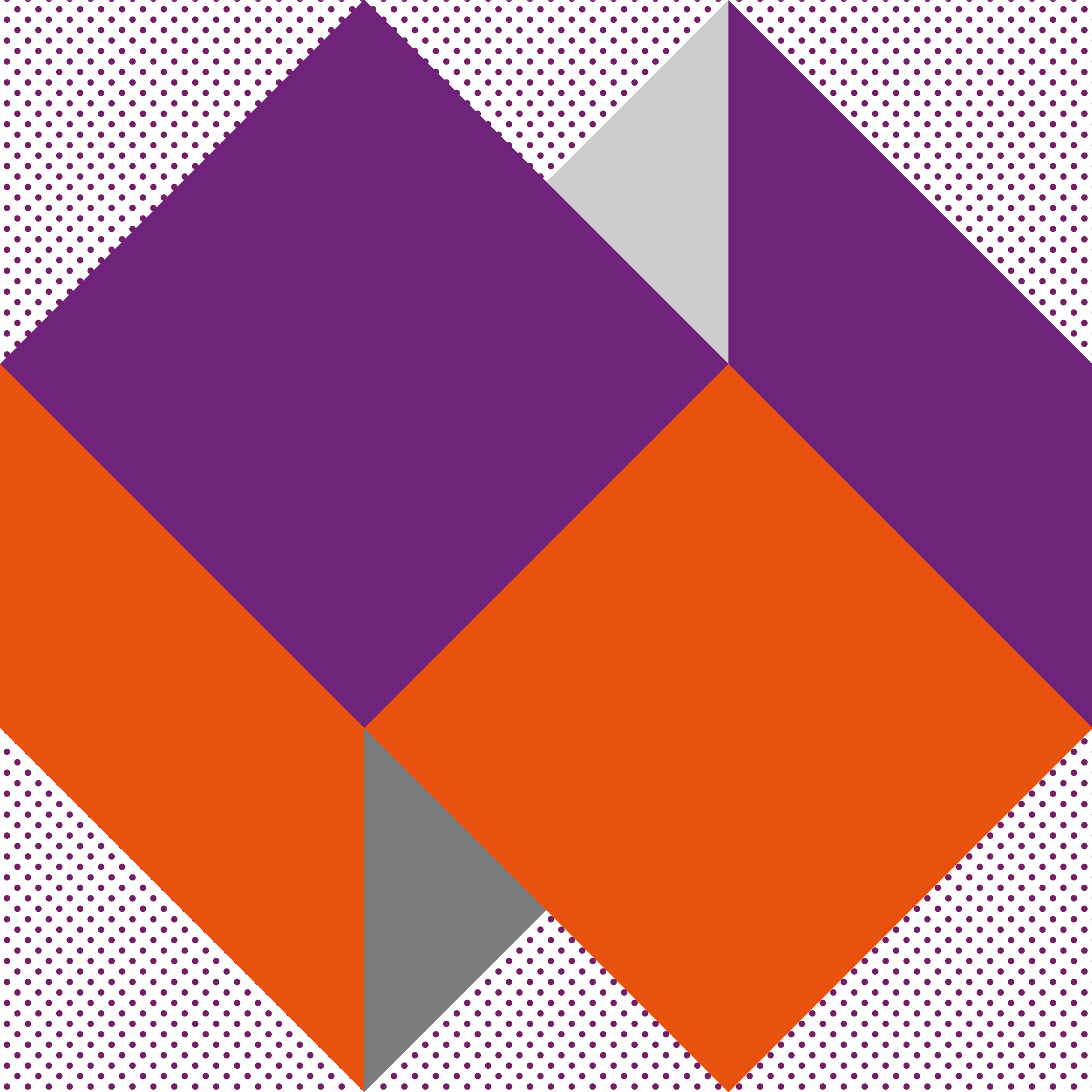 Olivia Sudjic, author of two novels and a book-length essay on anxiety, rejects the idea of productivity altogether. “Some of my friends have been in touch with me to – I guess to compare notes. I think having low expectations of yourself is the only advice I’ve given. To not apply that capitalist way of thinking about our time, to squeeze every last drop of ‘productivity’ from it.”

On Sudjic’s part, the main side-effect of lockdown – aside from anxiety – has been a “level of introspection” that she says isn’t necessarily healthy for her. “The lack of social interaction, and the lack of moments where you become that public self rather than just existing within your private comfort zone, means that when you do have to interact with, let’s say, a stranger, it feels more fraught. It’s much harder.”

The precariousness of the industry also allows very few to make a living entirely from writing: many tutor or teach, work in hospitality or retail, or have ‘regular’ 9-to-5 jobs. For some, this is a merely practical arrangement when writing doesn’t pay enough. For others, it’s a way to manage mental health problems, trauma, disability or caring responsibilities: depression is three times more likely in creative industries, so it’s not an uncommon experience. But with many other industries suffering, too, there’s a knock-on effect.

“I’ve never relied on my writing to earn my living,” says Eli Goldstone, author of Strange Heart Beating. “So having the hospitality industry close down has meant I’m now writing in order to top up my furlough. I’ve always lived with very tight margins, and the fact furlough doesn’t include tips means my income has been cut drastically. I have absolutely no disposable income at all, and no savings.”

“I’m lucky I live with my partner and don’t have to worry that if I miss a payment I’ll be thrown out of my home, which is a massive privilege,” she adds. “But financial instability is a huge trigger for depression and anxiety for me. I can’t imagine that in this situation I could possibly be producing my best work.” Goldstone has recently written about her experiences with depression as they relate to lockdown, describing the parallels between the two experiences: “The guidelines on how to control infection mimic pretty closely the way I behaved for years,” she wrote. “I lived… trapped in my physical environment by decree of my screwed-up brain.”

So what happens next? There’s a very real fear that as the industry continues to suffer – as marketing spend dwindles and media outlets are forced in turn to cut their budgets – writers from marginalised or less privileged backgrounds may be shut out altogether. “It’s depressing that creativity is only afforded to those who have the freedom of financial autonomy, and this situation is a condensed microcosm of that constant truth,” Goldstone says. 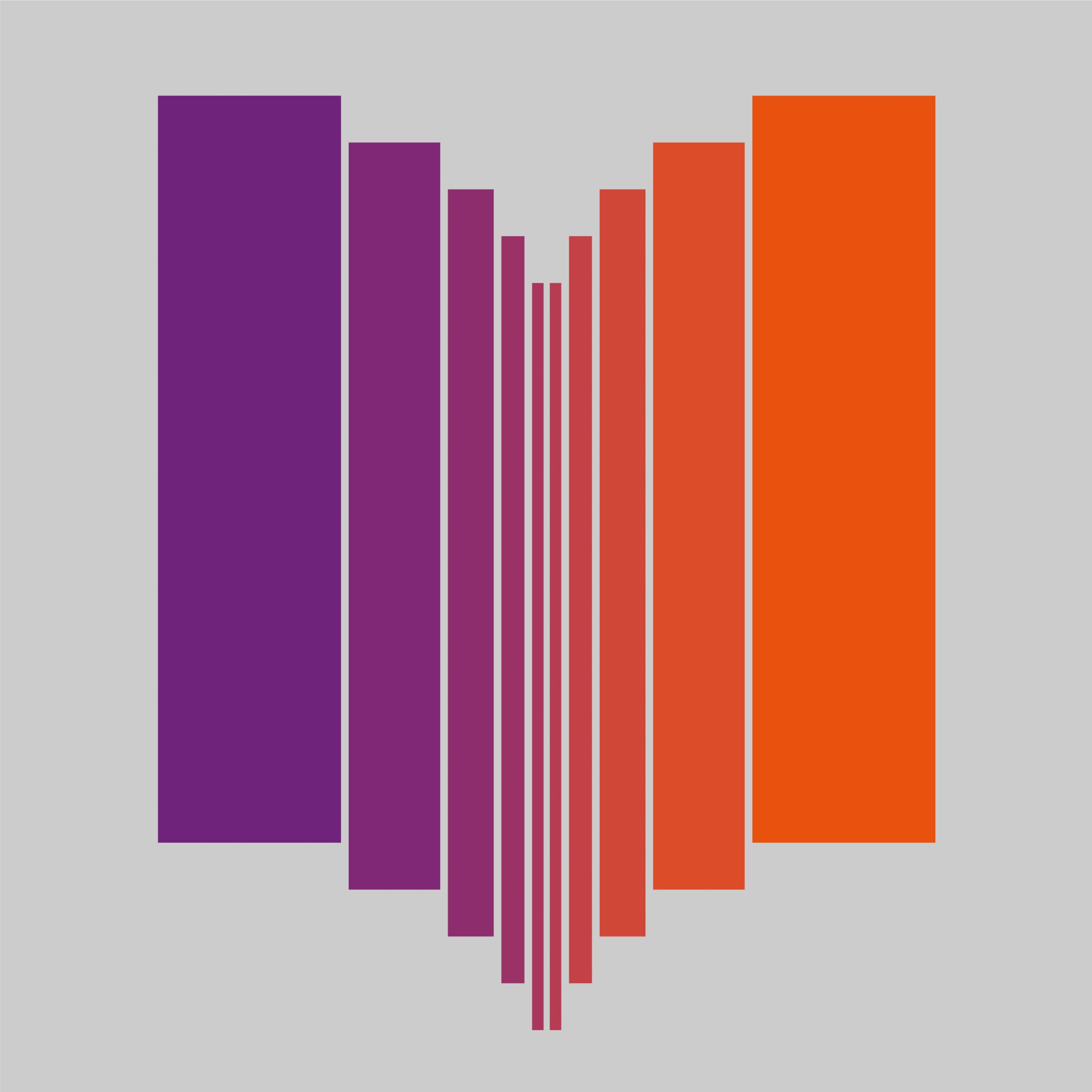 When it comes to the publishing industry specifically, a survey by The Bookseller found that almost 60 per cent of independent publishers feared being ‘wiped out’ by autumn. “I feel there’s going to be much more of a hunger for books, but that it will be the already well-known people who make any money out of it,” Sudjic says. She points to the small presses and independent bookshops that are most at risk: these provide a support network, both personal and professional. “I don’t imagine [the larger publishing houses] are going to be taking more risks at a time like this, either, so I worry it could make an already quite homogenous publishing industry more homogenous.”

Olufemi, similarly, says that she doesn’t have much faith in the “official cultural industry”, given that it’s never been organised in a way that enables working-class people to fully contribute. But she also hopes that the crisis will “usher in and sustain more grassroots networks for working-class and precarious people” in the arts. Collectives like the White Pube are the “politically charged and genuinely more exciting creative environments” that we need, she says.

But away from the possibility of what comes next, there is the graveness of the situation for many currently. Sanjana Varghese’s visa runs out in September. She’s been accepted onto a Masters programme in London – one she’s wanted to do “for about four years” – but with the ongoing situation, she’s having second thoughts.

For those like her – young freelance writers and journalists looking to get their start – it’s an incredibly worrying time. One that threatens to get worse before it gets better. “I think that media, as an industry, has kind of been due for a great reckoning,” Sanjana adds. “It sucks that it’s like this, because the people who are going to feel it the most are the people who are already on the precipice of being phased out.”

“In terms of what the future holds? A part of me has just stopped thinking about it.” 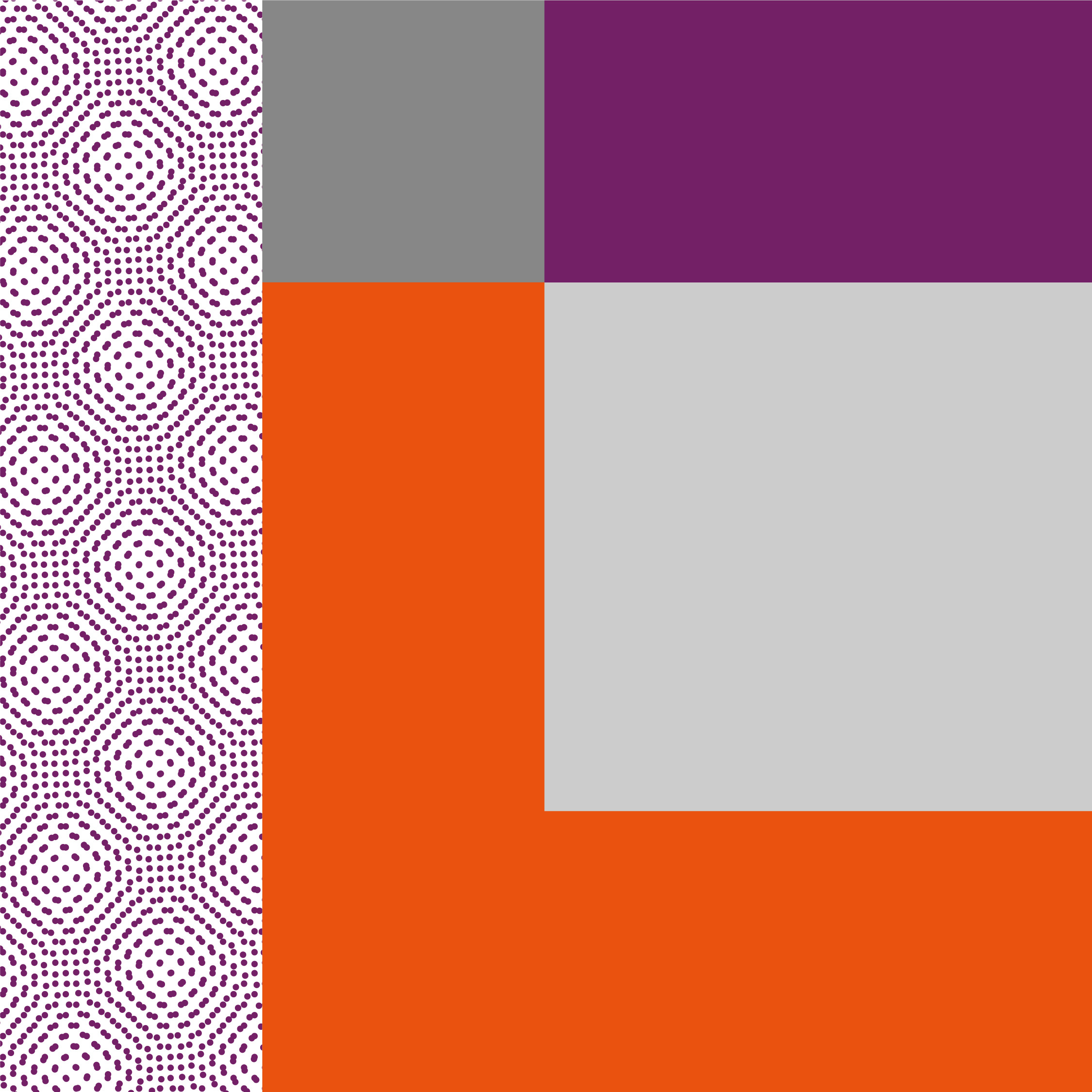 Emily Reynolds is a writer and trustee at the National Survivor Union Network. Apply for their covid-19 fund.

Linkedin
RELATED ARTICLES
OTHER ARTICLES
The author discusses her blistering new novel about history, revolution and queer love.
The photographer recalls working with some of the biggest names in the business – from Salt-N-Pepa to the Sex Pistol – at a time when music magazines played a powerful role in shaping the scene.
The situation in Afghanistan remains dire, with many groups facing persecution at the hands of the Taliban.
Following the release of his newly republished 1991 book, Redheads, the American photographer reflects on his celebration of ginger people and their magnetic power.
A group of Ukrainians living in Poland are helping Ukraine withstand Russia’s brutal invasion by buying supplies and shipping them directly to the war’s frontlines.
Satirical culture in the UK routinely protects the powerful and punches down. It’s time people stopped laughing along, writes Elia Cugini.