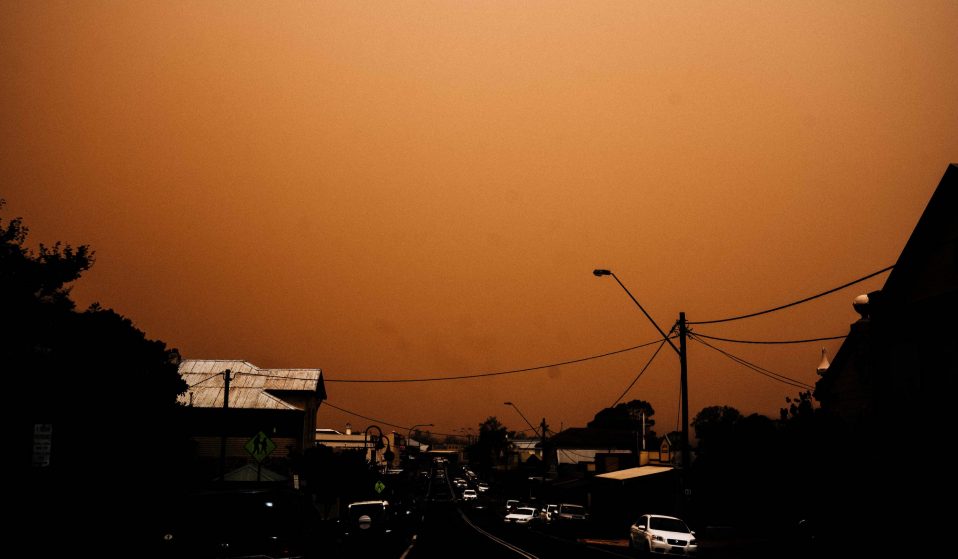 This summer saw one of the most intense and destructive fire seasons in the country’s history. But once the gaze of global news departs, how does the community carry on?

This summer saw one of the most intense and destructive fire seasons in the country’s history. But once the gaze of global news departs, how does the community carry on?

Prior to this Australian summer, my experience of fire went little further than childhood renditions of “London’s Burning”. I grew up in the UK, and since emigrating to Australia over a decade ago, bushfires in the summer have become more and more a fact of life – and they’re getting worse. 25 people died in the fires in New South Wales during the summer just gone, and at least 2,136 homes were lost; a number of my friends’ places among them.

I rang in the New Year sitting alone on the balcony at my mum’s house (which weeks earlier had narrowly avoided a blaze), watching the fire creep towards my friend’s parents home in Cunjurong Point on my phone. Once it covered the street where the beautiful hand-crafted wooden home is situated, I assumed that it had perished.

Wind is the agent of death with bushfires. While a blaze is dangerous enough in itself, high winds simultaneously fuel and direct fires with terrifying speed. Wind is also terribly hard to predict, and was the critical factor that saved my friend’s abode, and doomed Lake Conjola, the neighbouring hamlet whose remains can be seen in the pictures accompanying this story.

In the First World we’re raised to believe in institutions like governments, banks, schools, health and emergency services. But it’s becoming increasingly clear that it’s a blind trust. Bushfires don’t spark up, burn then go out. They burn for weeks – months this summer – with members of the professional and volunteer Rural Fire Service containing the blazes until a string of hot windy days prompts bedlam. Then it’s an exercise in guessing where the fire’s going to threaten most. There are simply not the resources to protect everywhere and everyone. 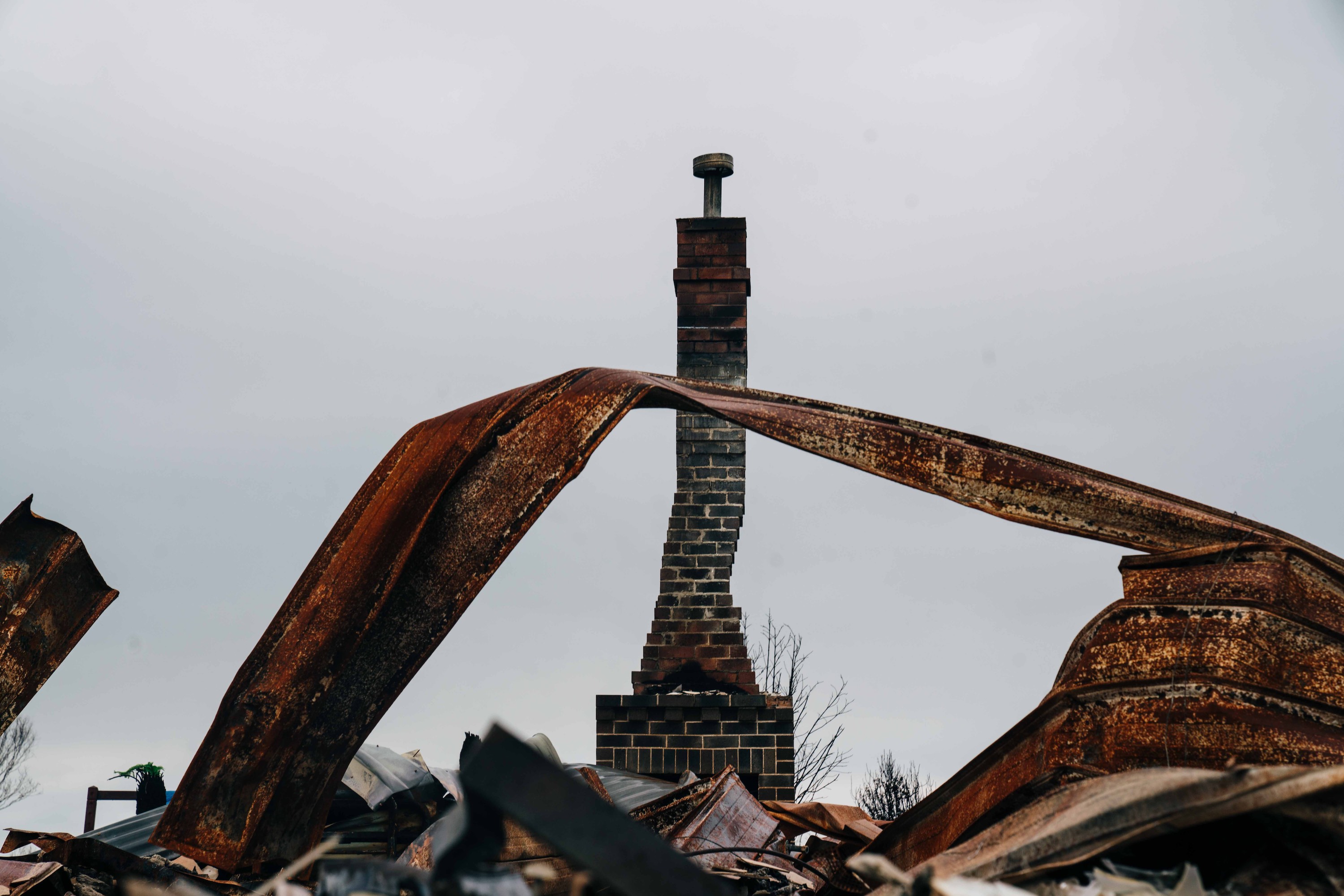 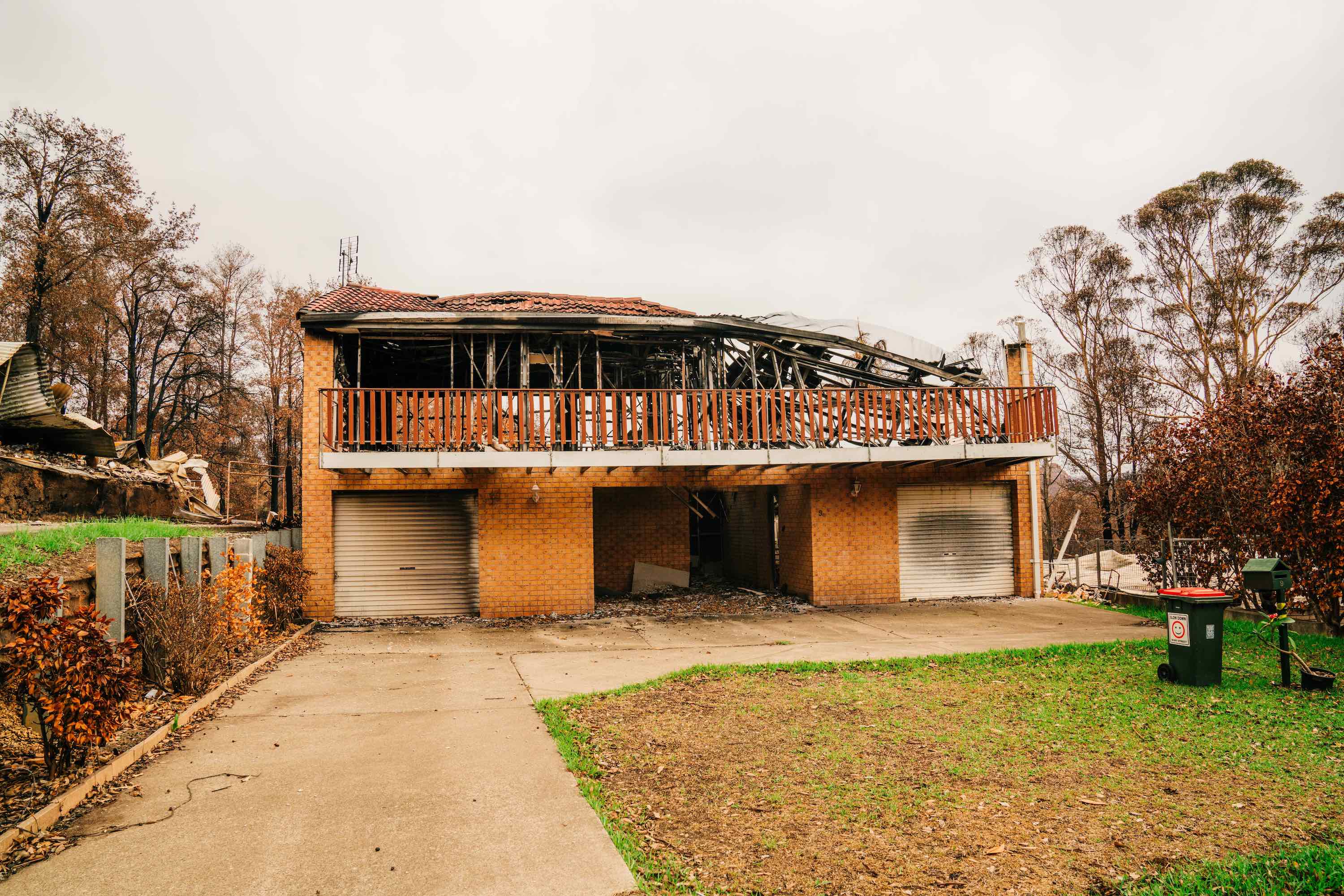 The threat to Manyana and Bendalong, Lake Conjola’s neighbours, was forecast in advance. Locals ran around their leafy paradise with makeshift fire-fighting gear, putting out spot fires and dragging lawnmowers and gas canisters out of sheds and away from houses. But they were supported, by air and on land, by the fire service, and the settlements survived. Conjola wasn’t so prepared, or so lucky.

Lake Conjola’s out of the way, even by the South Coast’s languorous standards. It’s a beautiful village sparsely scattered around a lake and throughout the bush. On New Year’s Eve, there was fire smouldering on the northwestern ridge of Conjola, and one further south. The wind was forecast to blow North West, however, meaning the battle was focussed on the one front. It seemed manageable, but unexpectedly the wind went south and blew hard. The fire from the south joined with the fire from the north, pushing the blaze into the village with little warning.

Walking around Conjola it’s incredible what burnt and what survived. You can literally trace where the fire swept through the settlement, bush by bush, up the garden fence and to the front door. And no one came. The services were stretched, primed for battles elsewhere, and Conjola became the tragedy of the fire season: the worst-case scenario of when forecasts fail.

Like the rest of the world, temperatures in Australia are rising. It’s raining less every summer, and drought-stricken farms and bushfires are becoming normal. Yet our government remains besotted with coal and oil, the filthy jewels in our economic crown. The victims of Lake Conjola are broken, angry, marginalised, but most of all they’re glad to be alive. If there’s one thing we’ve all learned this summer it’s that when fire comes, all you can rely on is yourself and the people around you. 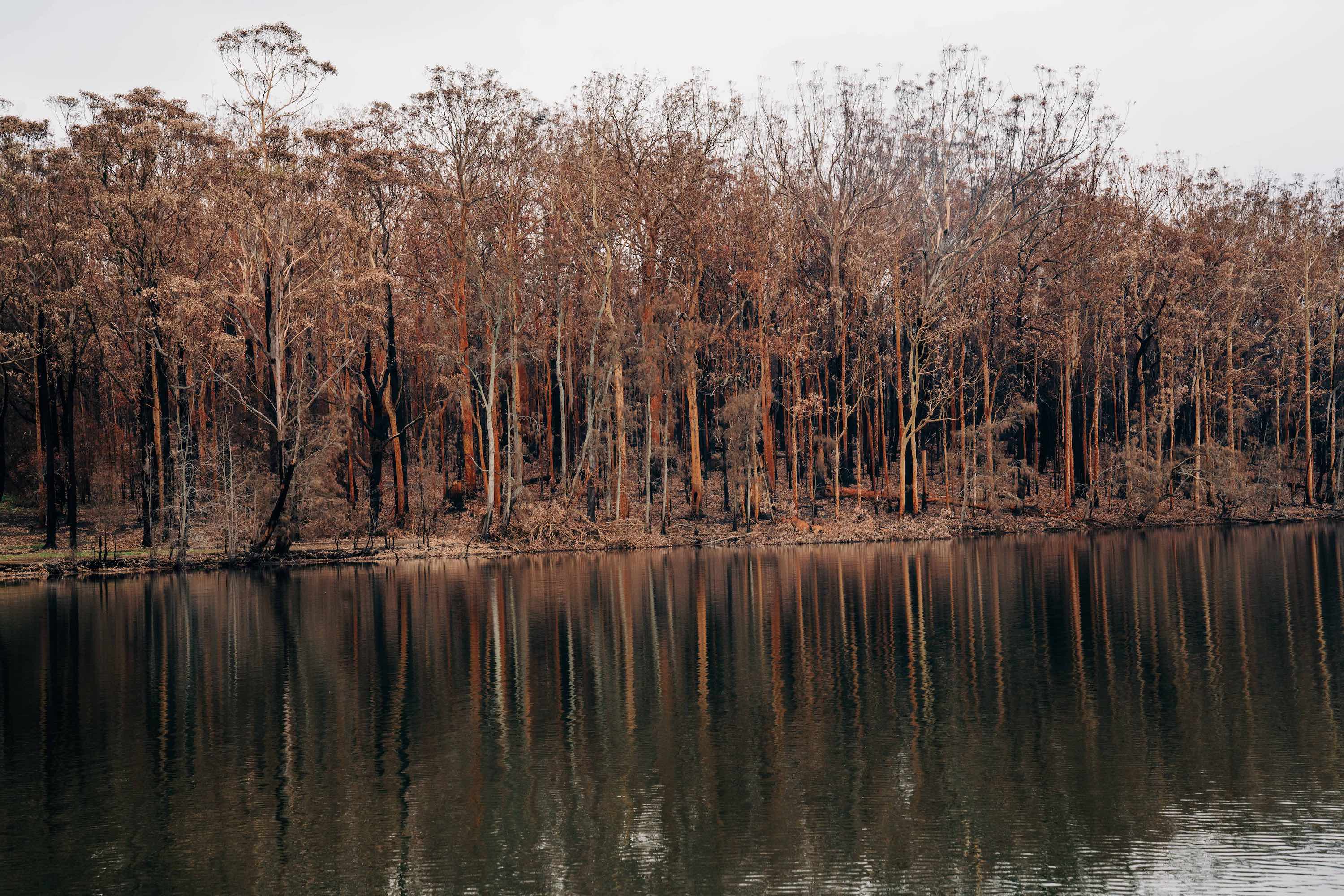 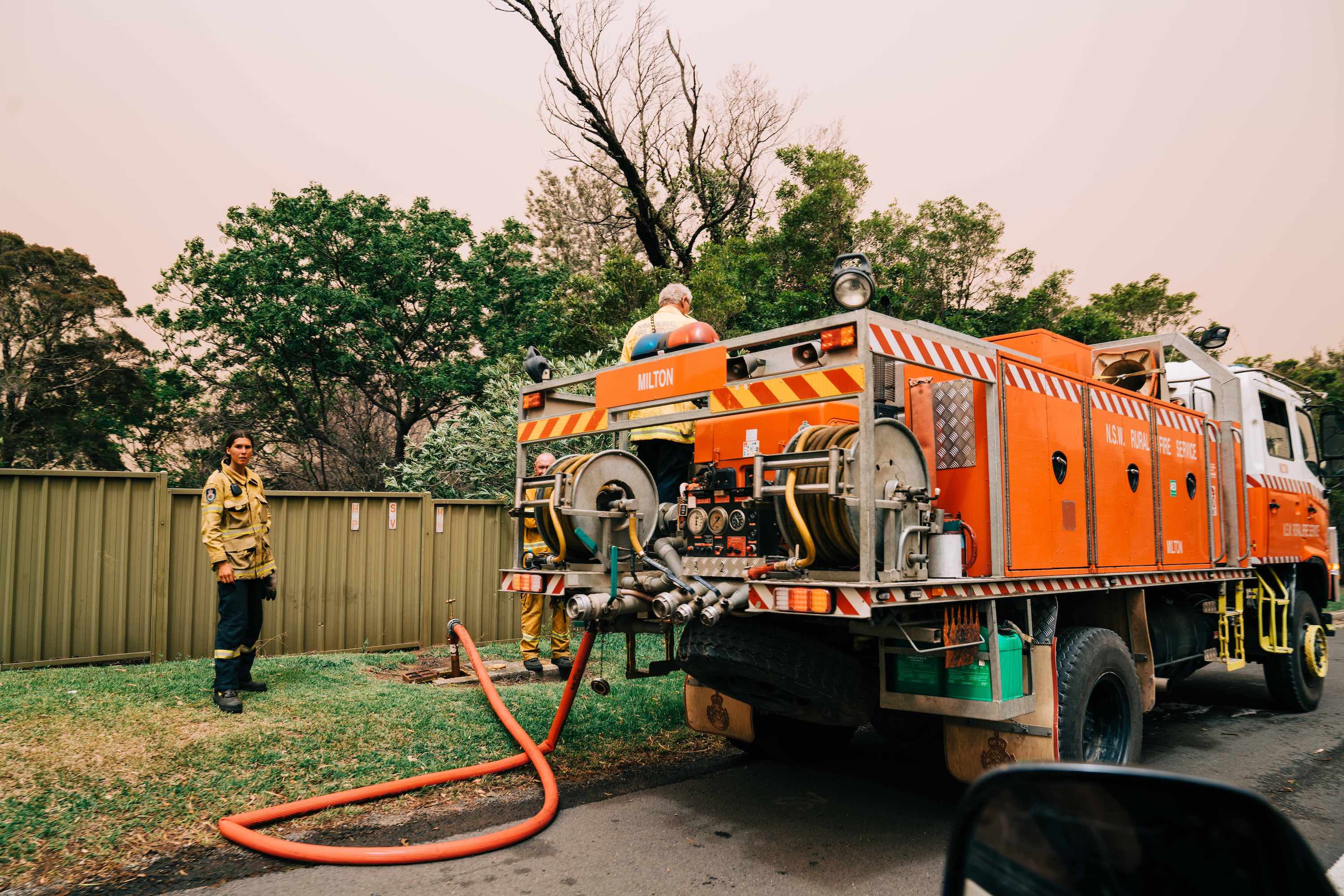 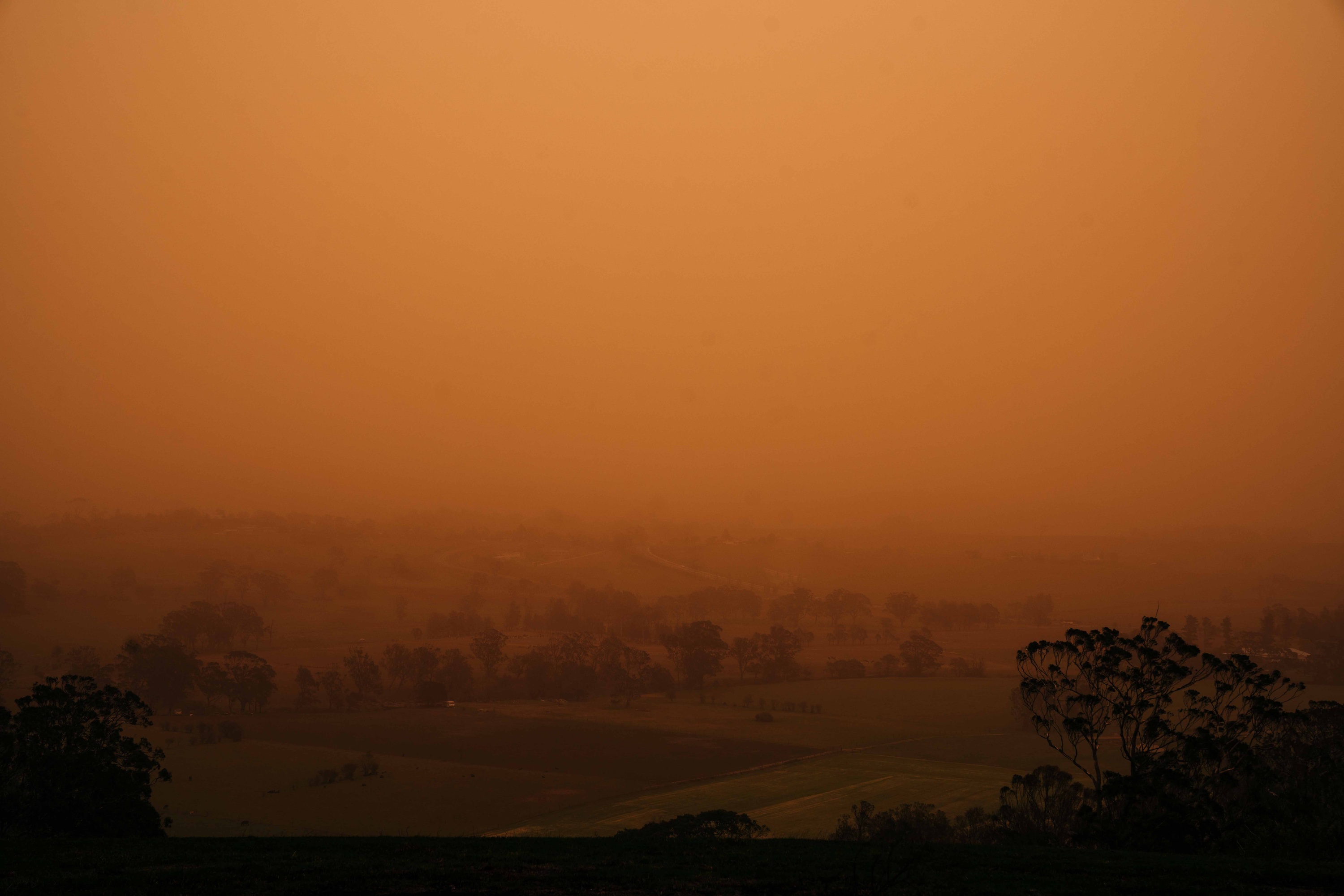 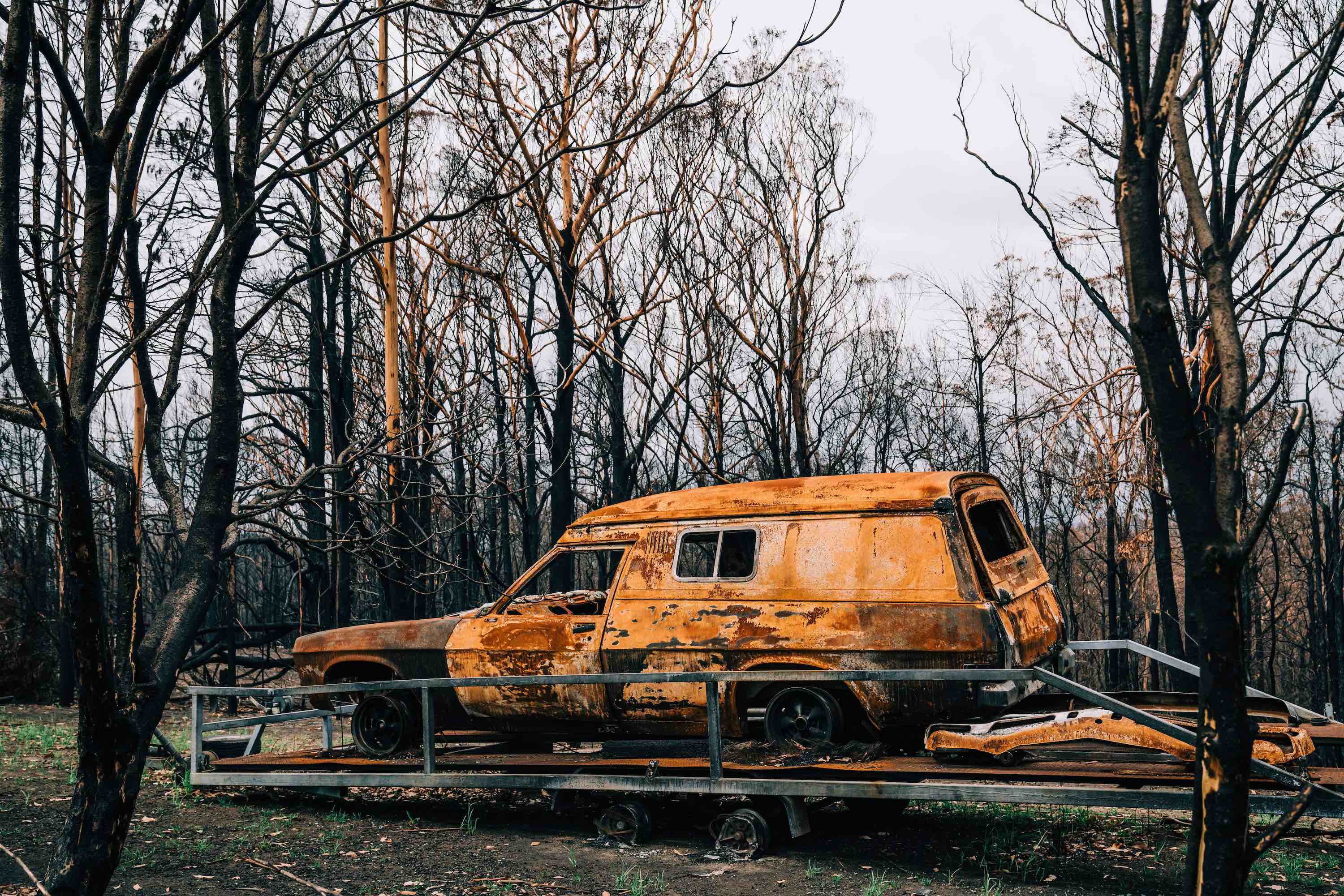 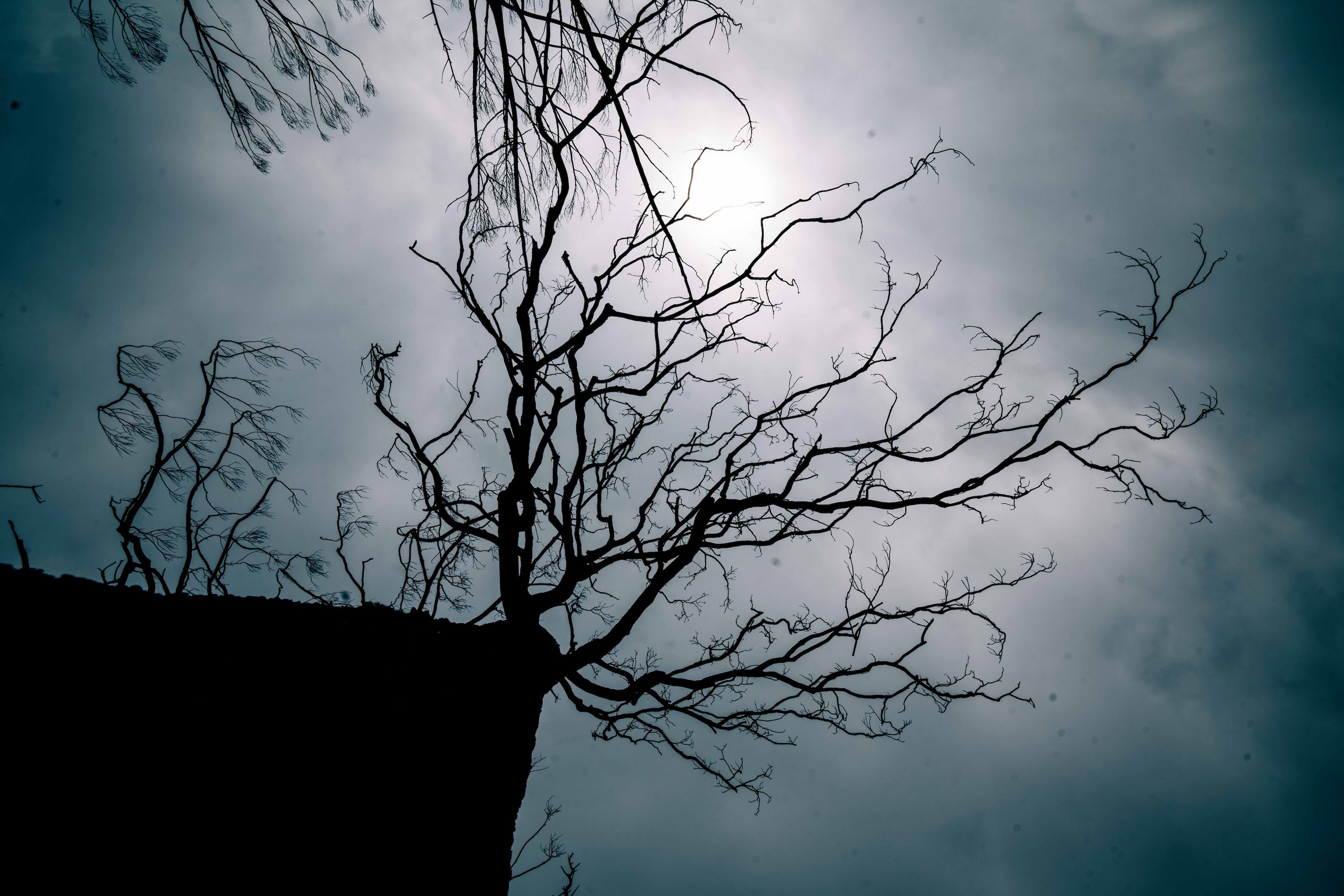 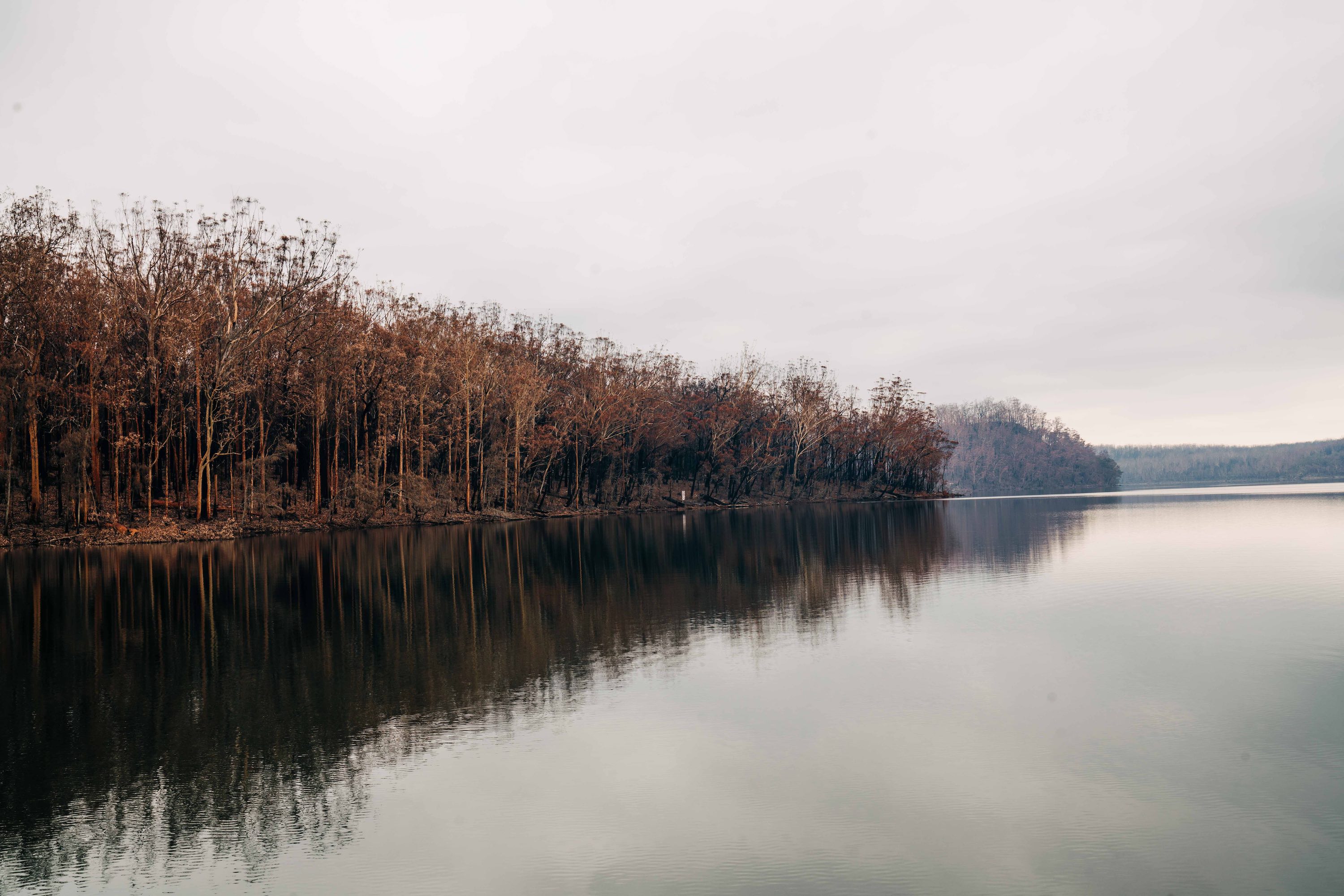 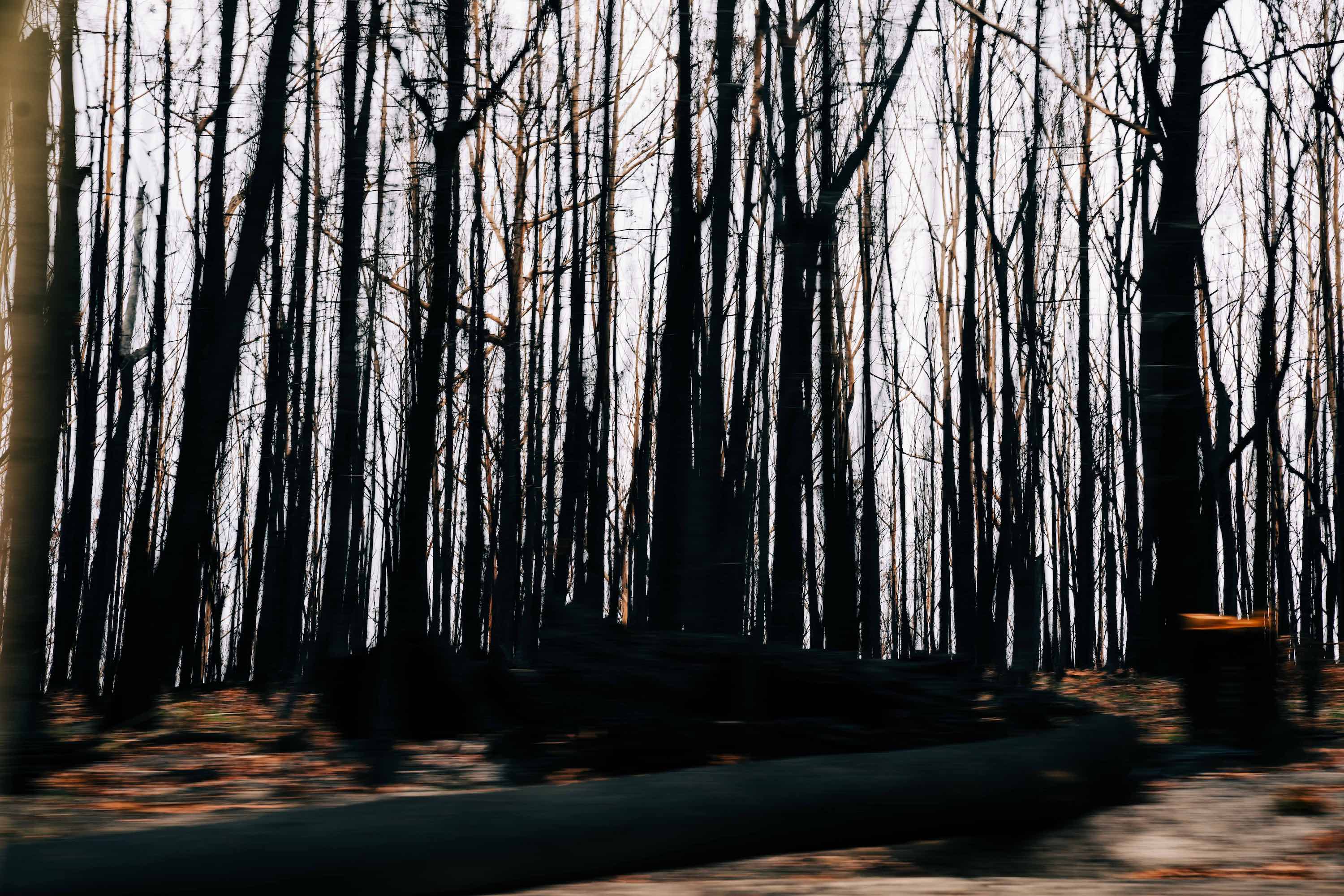 Linkedin
RELATED ARTICLES
OTHER ARTICLES
Photographer Alice Mann reflects on capturing the camaraderie and discipline it takes to succeed in a highly-competitive sport.
Those set to be impacted by the governments ’undemocratic’ bill explain why it risks silencing them.
In 1984, Martin Shakeshaft set out to document the miner’s strike as it really happened, using his photography as a tool for activism.
In the UK, Hongkongers are continuing to stand in solidarity with the pro-democracy movement.
The musician, DJ and founder of Monika Enterprise reflects on a career defined by revolution and rule-breaking.
The internet furore surrounding a certain NY-based furniture designer should make us question whether condemning people in the harshest possible terms harms more than it helps.