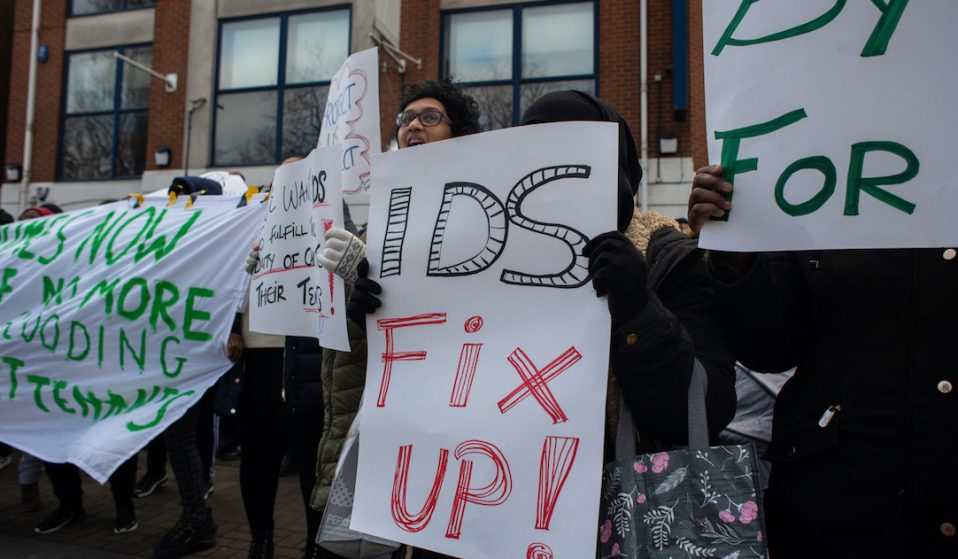 The residents of Evelyn Court estate are putting pressure on housing association bosses to fix their homes.

After years of complaints about mouldy walls, damaged furniture and clothes, the residents of Evelyn Court estate have been pushed to breaking point. Now, they’re putting pressure on housing association bosses to fix their homes.

It’s a cold Wednesday morning in Hackney, and a crowd has gathered outside the offices of the Industrial Dwellings Society (IDS). The crowd is formed of angry residents of nearby Evelyn Court, a large social housing estate managed by IDS, where accommodation standards have become so dire, tenants feel they have no choice but to protest. Chanting, holding up signs and demanding action, this is a community prepared to fight for the simple right to safe and habitable housing.

Niccola Chiles is one of the protest’s organisers and a resident at Evelyn Court since 2019. She’s had ongoing problems with mould which have led to health problems for both her and her six-year-old son. “I got an asthma pump for the first time this year,” she says. “I got really bad coughs due to having to sleep with the windows open. My son gets colds a lot – when he coughs, he gets that wheezing sound. He’s even asked if we can go back to live in our temporary accommodation.” 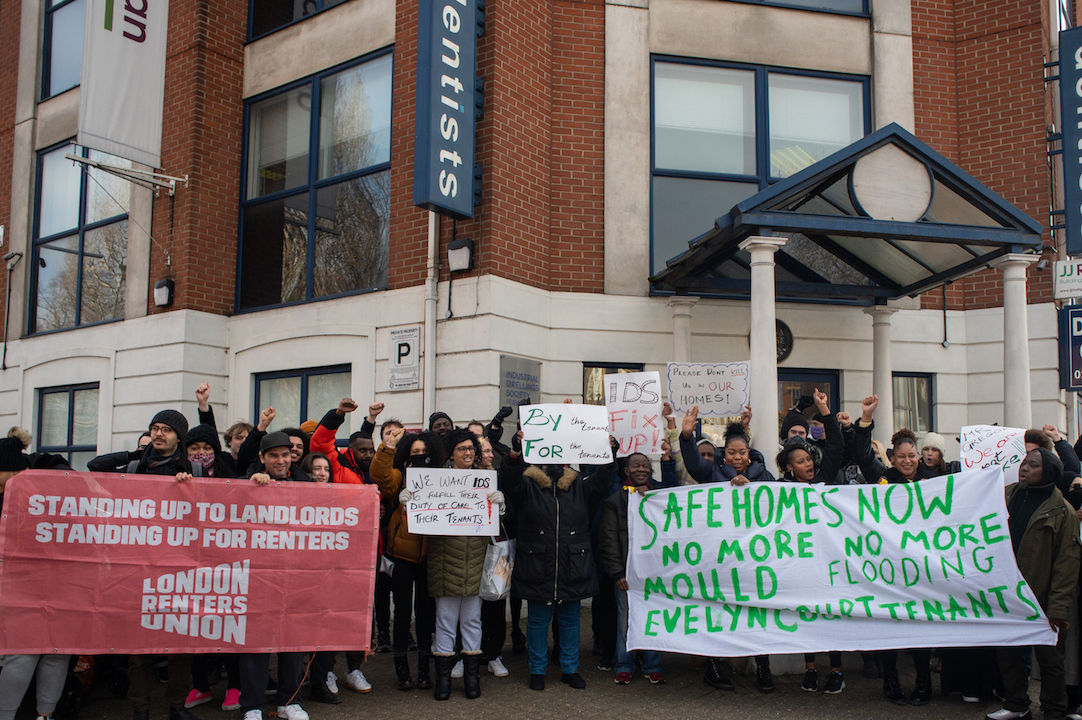 Like many residents, Niccola says she was advised by IDS to keep her windows open to ventilate the flat and prevent the build-up of mould. In winter, this is not only prohibitively expensive, but also a health risk. To look at the several buildings that make up Evelyn Court, it’s striking how many windows are open even on a cold February morning.

As the protest begins, there are united chants of “I believe that we will win!” from the large crowd of residents. Among them is a woman carrying her five-month-old child in a pushchair. English is not her first language, but she’s eager to explain the problems with her housing. “There’s flooding and my floor is damp. They said they’re going to send someone – but no one comes,” she tells me.

Another resident, who wished to remain anonymous has lived at Evelyn Court for 15 years. “They’re treating us like animals,” she says. “I’ve had ample amounts of mould, damp and leaks. The pipes are sweating and the smell is absolutely disgusting. My youngest child is suffering from severe coughing due to the damp.” She shows me the two-bedroom flat she shares with her family. Mould creeps in the corners of the rooms, around the windows and behind the radiators. She always has a pot of white paint on hand so she can cover the mould before guests come over – a tactic deployed by other residents too. “The people who have been here for so many years are being forgotten about, like we’re nothing,” she says. “As long as they get their rent, we don’t matter.” 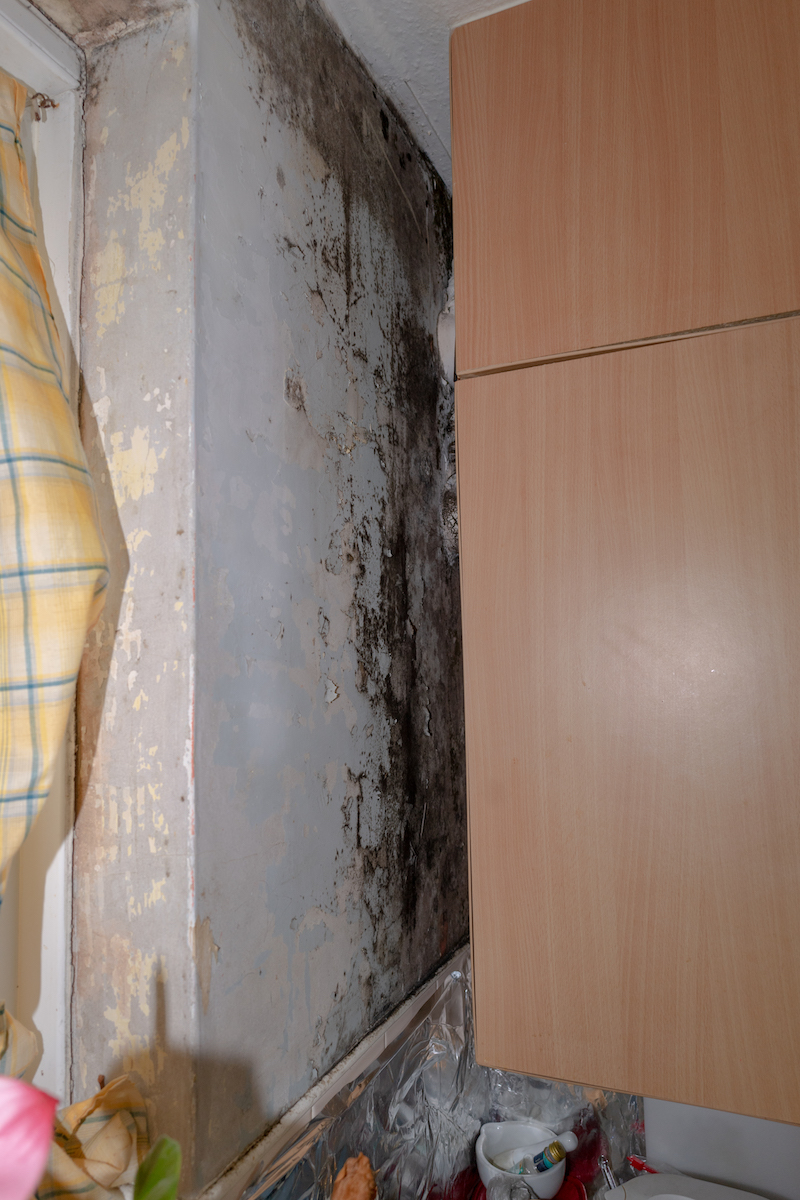 According to the resident, the response from IDS hasn’t just been unhelpful – it’s been hostile and discriminatory. “It was a temporary estate manager,” she says. “She made a racist comment towards me in front of my children.” Almost all of the tenants protesting today are from BME communities who, according to government statistics, are more likely to be living in social housing in London than people from a white British background.

“I started to speak to the other residents, and that opened a big can of worms,” says Jennifer, another resident. Like all the tenants protesting today, she’s a member of the London Renters Union who have been fundamental in organising the action and putting pressure on IDS. “I didn’t know there were a lot of people suffering like that. I think a lot of tenants wanted to do something but didn’t know how.” Jennifer’s flat has had problems for years, from damp, to leaks, to wastewater backing up through her plugholes. When she raised these issues with IDS, she says she received no response.

“I’d been phoning and phoning, sending emails and emails. When I said I would stop paying my rent, they sent somebody out.” But Jennifer says even this was unhelpful. “They said to me, keep the windows open. And if you’ve got any furniture against the wall, move it to the centre of the room. I said – ‘do you live like that?’” 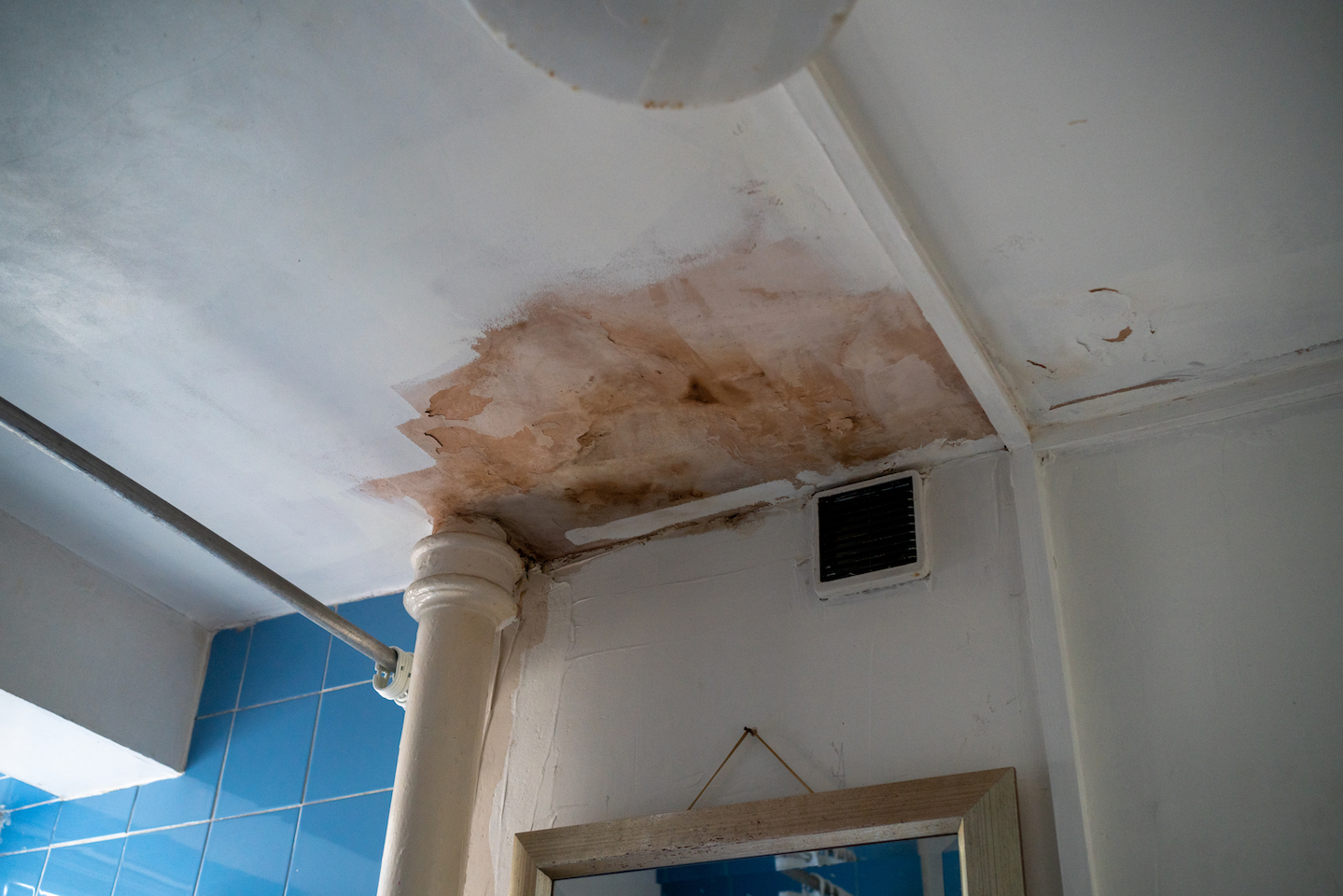 The inside of Jennifer’s flat 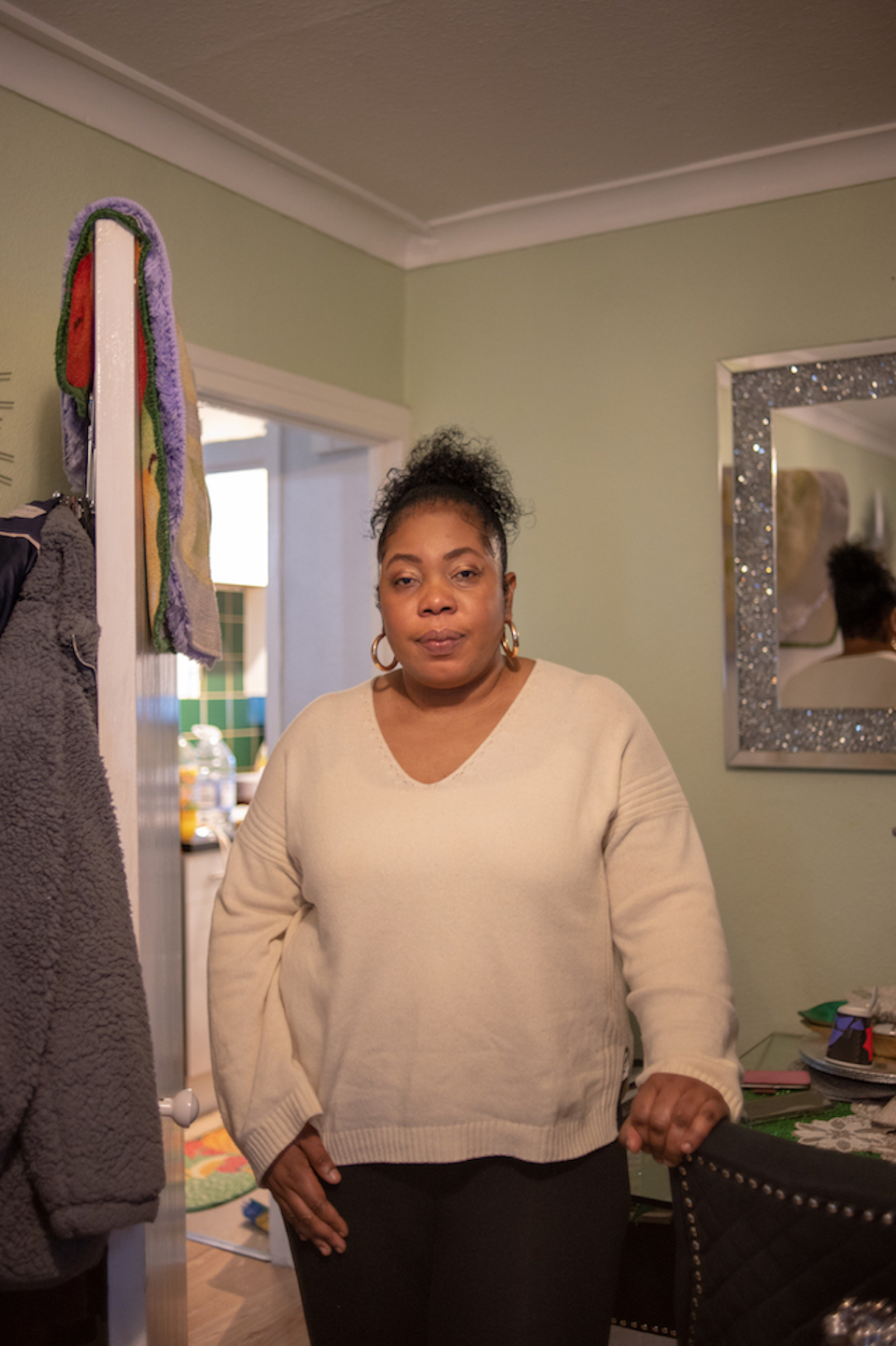 Another Evelyn Court Resident, Romaine, in her flat

Evelyn Court is symbolic of a wider problem. Across the UK, a dearth of social housing has left thousands of people on waiting lists living in cramped, unsafe or unsuitable accommodation for years. Being allocated a council flat should be the solution to people’s housing problems – not the start of another crisis.

According to the government’s English Housing Survey, in the year 2020 – 2021, one in eight homes in the social sector were considered ‘non-decent’, meaning they didn’t meet the statutory minimum standard for housing. Among the reported problems, serious mould and damp were among the most prevalent. Additionally, in 2019, reporting by Shelter revealed that 48 per cent of social tenants felt ignored after reporting poor or unsafe conditions to their housing association or council. This chimes with the experience of those at Evelyn Court, who feel their reports of disrepair have been brushed aside, even when they have concerned the wellbeing of their children. 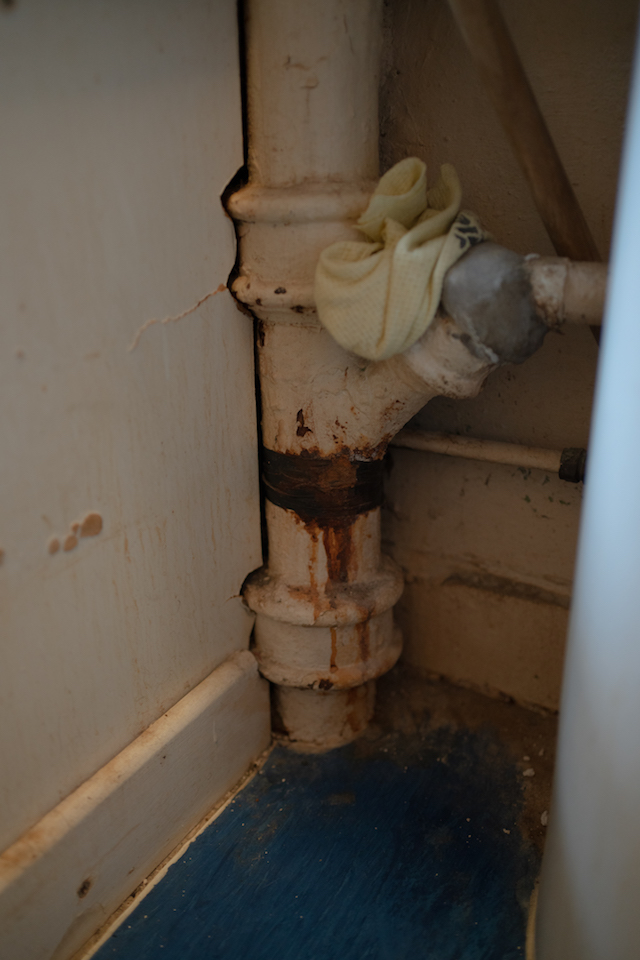 Inside of a flat belonging to Evelyn Court resident 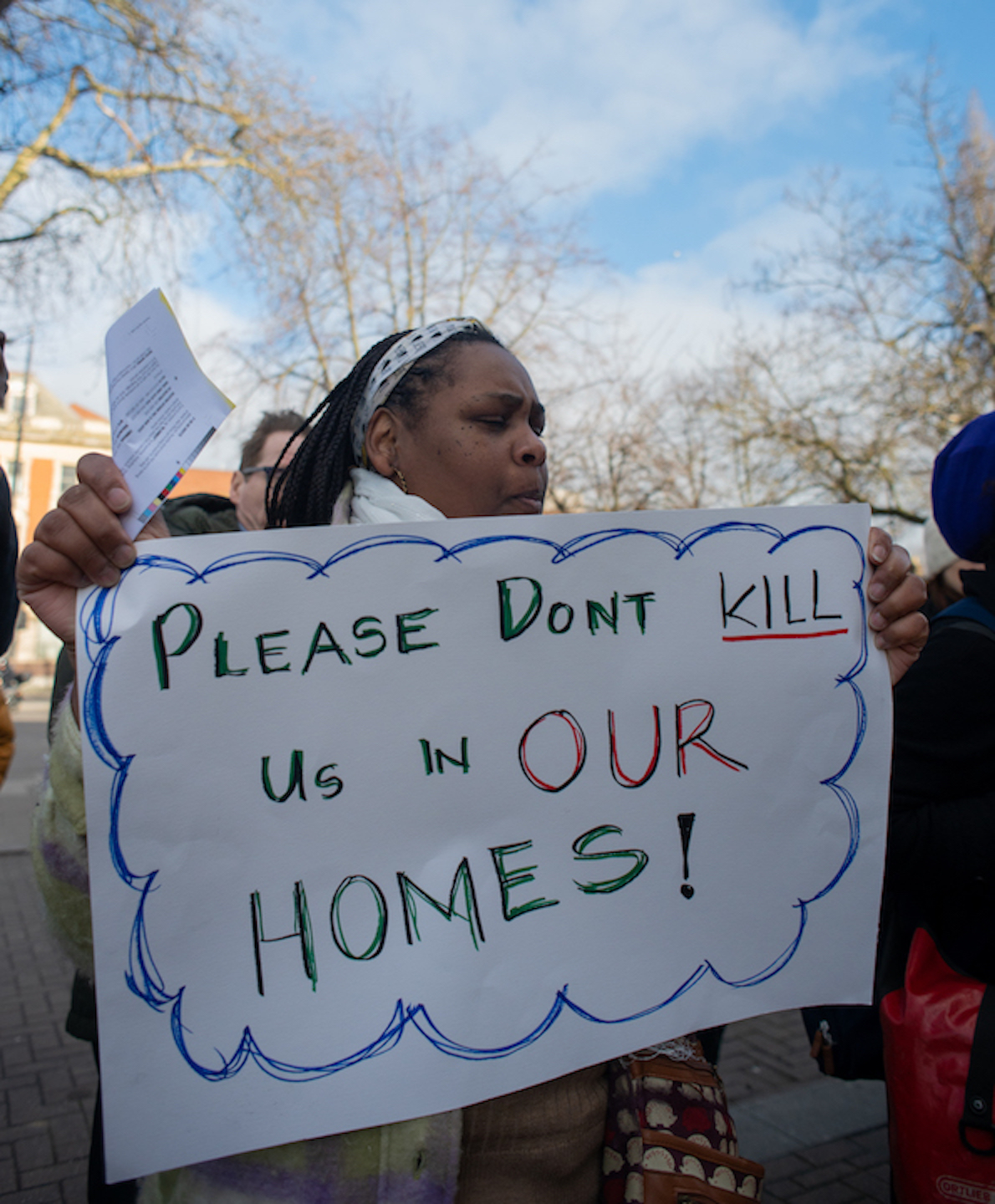 At least for Evelyn Court, there is optimism. Following the protest outside the IDS office, three tenants are permitted to enter the building and deliver a petition signed by 120 residents. Niccola is among them, eventually leaving the building to cheers from other tenants and a smile on her face. She’s been able to speak to managers who have promised to take action on the disrepair and meet with her again in six weeks’ time.

“We have a big fight on our hands,” Niccola says. “We wanted a commitment from them to come to the estate and they’ve agreed to that. And when they come, we’ll ask for more commitment. But I’m not letting my guard down. I want to be able to close my windows in the winter and know that I’m safe.”

While this is a positive result, it’s concerning that it’s taken drastic action to see even a hint of progress. Without the community spirit that thrives at Evelyn Court, it’s possible that no action would have been taken at all. This points to a larger issue of housing associations and councils failing to maintain the accommodation they provide, often without consequence. But it also suggests a bigger problem still – that accommodation offered to vulnerable people can be inadequate at the point of access. Evelyn Court is a collection of old buildings with significant structural issues, including bad plumbing and poor ventilation, leading to inevitable problems no matter what action tenants take. 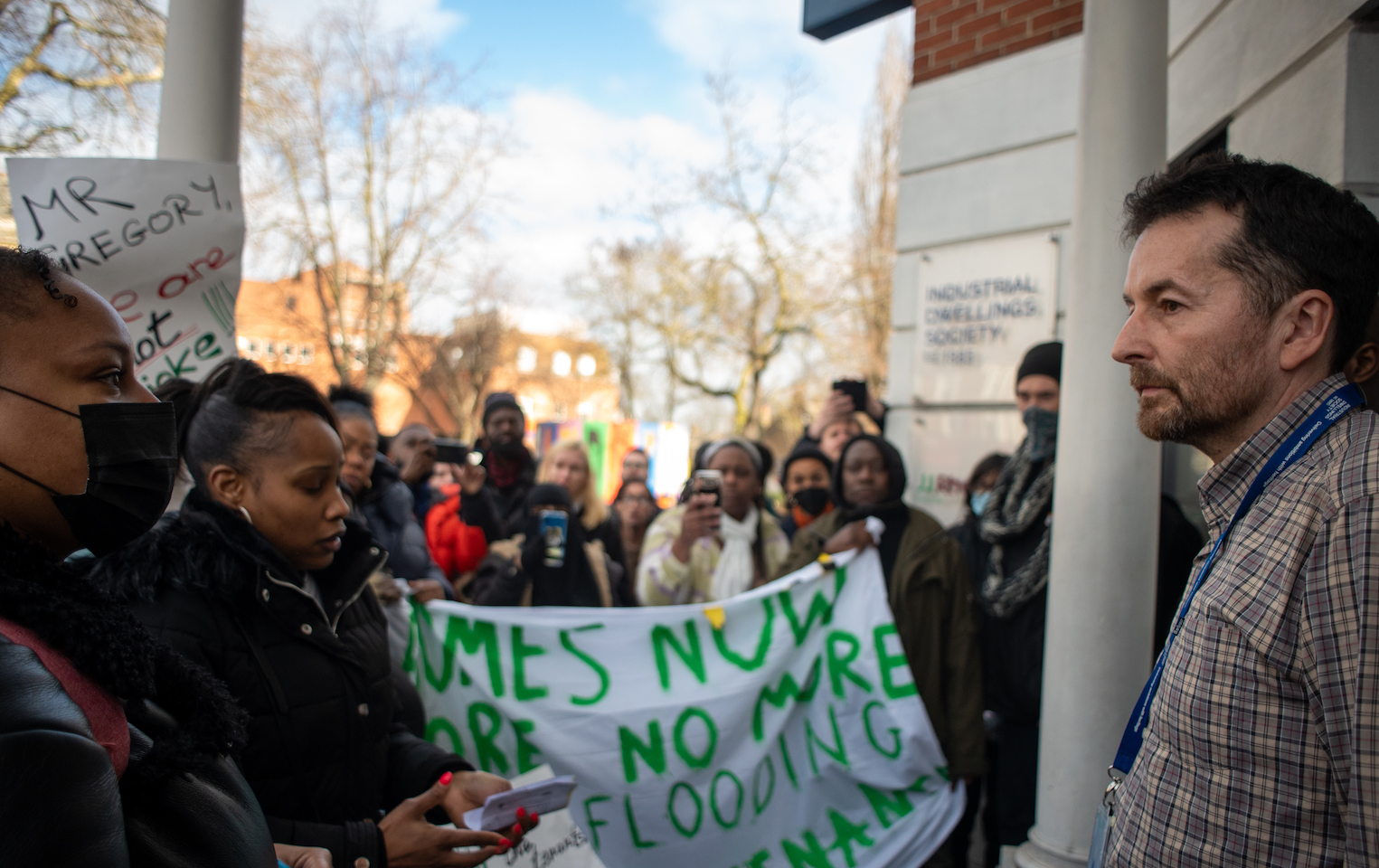 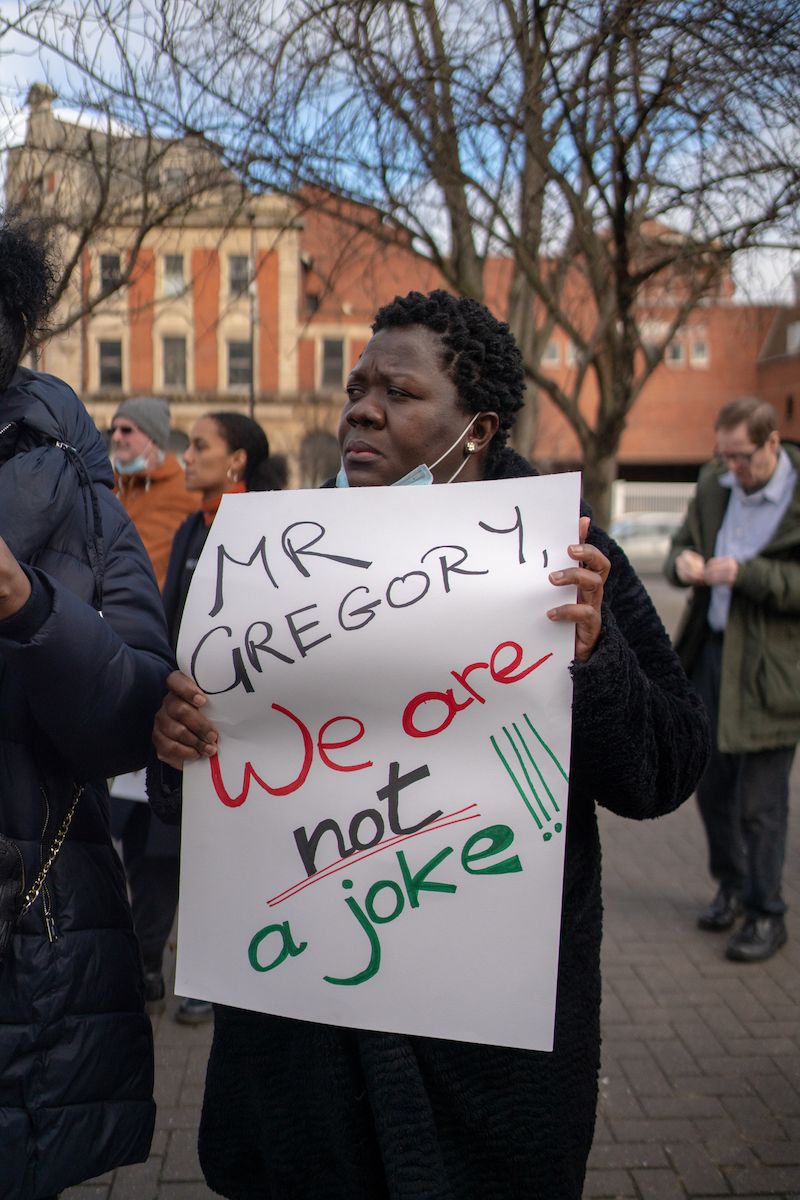 As Niccola puts it: “If you believe that all these problems are happening because the flat is old, then the flat should be condemned. No one should be living in it.” But as it stands, accommodation that is already in decline is offered as a housing solution to people who may not know about these issues before they move in.

This is a problem that housing charities know all too well. Osama Bhutta, Director of Campaigns at Shelter, said: “No one should feel fobbed off when they complain about poor conditions in their home. It’s nearly five years on from the horrors of Grenfell. The government promised once-in-a-lifetime reforms to better regulate social housing, it must bring these forward this year so social landlords are held to account.” 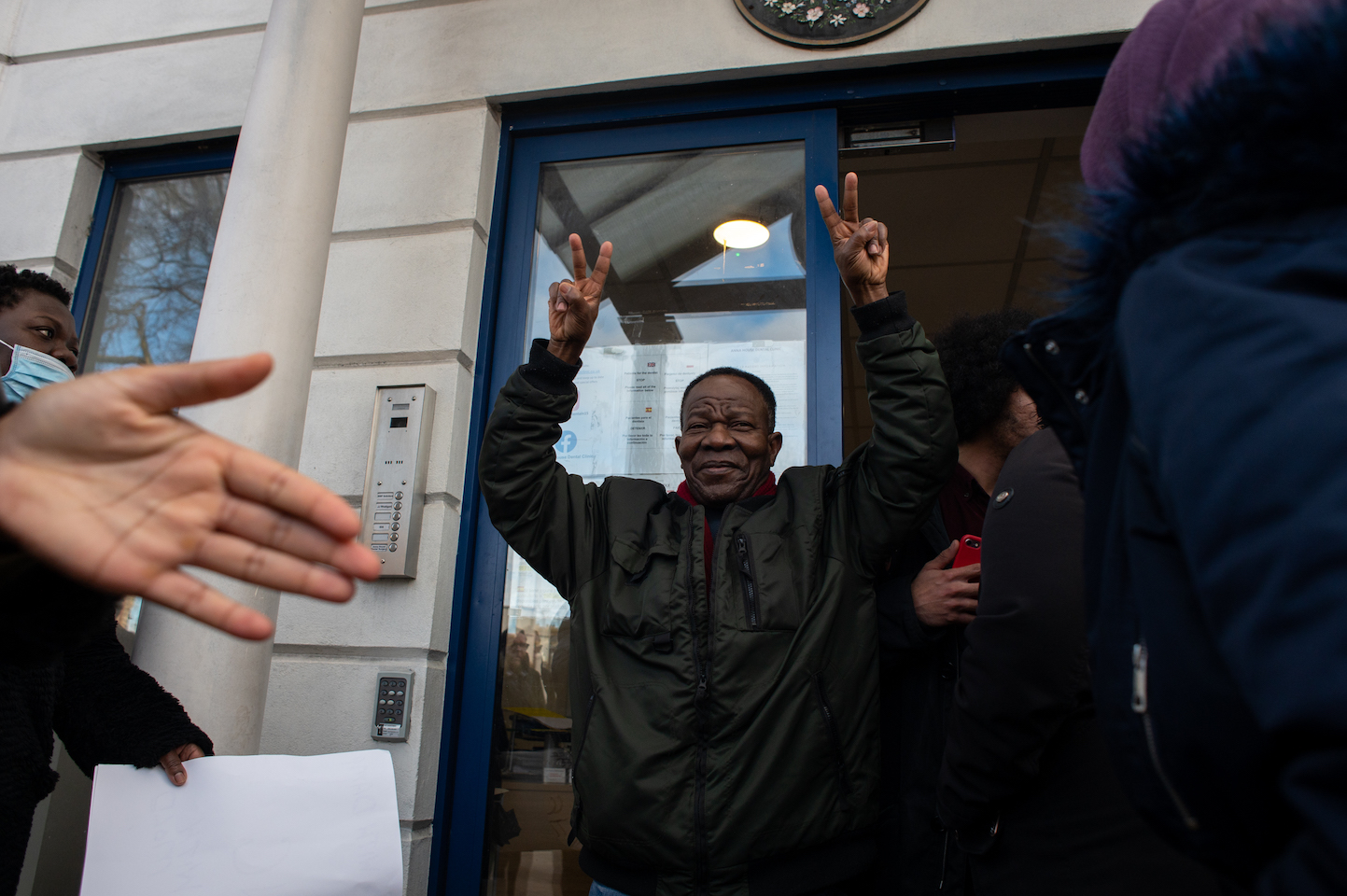 As part of a statement regarding the protest at their head office, the Industrial Dwellings Society said: “This morning we met with some of the residents of the estate and received their petition. We listened to their concerns, assured them we will take them seriously, will investigate and respond to each and every one. We will work through their points and draw up an action plan, making sure residents are completely satisfied with the outcomes… The damp and mould issue is mainly due to the age and construction of the estate.”

Evelyn Court is just one housing estate, but it represents the failures of our housing system. It also represents something else: the power that communities wield when they unite. These tenants may have a monumental fight on their hands, but while they stand in solidarity, it’s a fight they are determined to win.

Linkedin
RELATED ARTICLES
OTHER ARTICLES
A new law change is enabling Britain’s donor-conceived children to know the truth about their origins – but campaigners say the fertility industry must do more to protect people.
After building his reputation covering the US civil rights movement in the 1960s, the photographer went on to produce some of the most enduring images of the past century.
Following the release of his debut single, Deyaz talks battling addiction, dealing with his struggles through music, and building a budding music career from his living room.
Tristan O’Neill’s shots of dancers caught in moments of reverie at the height of rave’s golden age are a testament to the UK’s legendary club culture.
After blocking the Scottish government’s gender recognition reform bill, Westminster is now devising further changes to the law to make it harder for trans people to self-identify.
Photographer Becky Tyrell went down to the fading banger and stock raceway to meet a community desperate to keep it alive.