News & Politics / Reportage / The rise of the European ayahuasca retreat 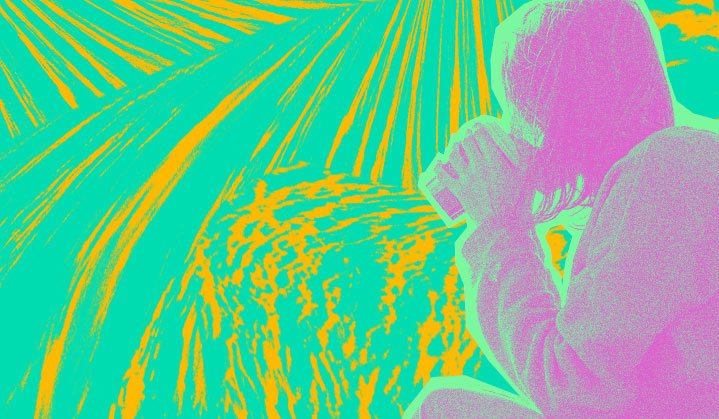 Ayahuasca is widely credited with transcendental psychological healing powers, and its popularity in Europe is growing. But is this really a good thing?

Ayahuasca is widely credited with transcendental psychological healing powers, and its popularity in Europe is growing. But is this really a good thing?

Ayahuasca, the dimension-blasting psychoactive substance derived from the Amazonian vine, has for centuries been ingested ceremonially by indigenous tribespeople – and in more recent years, backpacking tourists seeking out its mind-melting properties. But a global boom in psychedelic tourism has fuelled an explosion in ayahuasca retreats in Europe too, creating a teeming, unregulated market catering to would-be trippers on this side of the globe.

Ayahuasca – which contains the psychoactive substance DMT – is widely credited with transcendental psychological healing powers, the effects of which are often equated with doing years of therapy in one sitting. For Britons, an experience which once racked up thousands in pounds and airmiles, can now be done on a shoe-string. But with increased supply comes issues, too.

Dabblers have journeyed to Holland to merrily trip on shrooms for decades, but ayahuasca is a somewhat different beast. In Peru and other parts of South America, the sacred plant is imbibed in rituals led by shamans. The consciousness-wrenching, soul-shaking hallucinogen – that can literally remap neural pathways in the brain – is treated as a medicine; not a recreational drug. Many of those seeking it out in Europe are eager to preserve the spiritual elements that infuse traditional ceremonies held deep in the rainforest.

“At first I didn’t know how I felt about some European person, who doesn’t have a connection to the plant, using it without any real acknowledgement of where it had come from,” says Courtney, 25. She was reassured by one European retreat’s website, however, which claimed that despite being of American origin, the shaman leading the ceremonies had lived and practised with the Yawanawa tribe in Peru for nine years. “They didn’t seem like a bunch of cowboys. It seemed like they knew what they were talking about,” she says. For a three day retreat that included two ayahuasca ceremonies, she paid £500.

She had been interested in trying out ayahuasca for about five years, but had assumed she would have to go to South America to try it first – a far more onerous financial and organisational undertaking. She ended up trying it for the first time in Spain, near Valencia, in a small self-sustaining commune where phones were powered off and the strictures of time didn’t exist. She found the experience so transformative that when we spoke, she had already booked another, longer retreat.

The popularity of ayahuasca tourism is driven by a complex patchwork of reasons – attributed cohesively to a “global awakening” by one retreat-owner I spoke to. But not least is the thirst for enlightenment. “It seemed like a way to gain a better knowledge of myself and maybe some answers to metaphysical questions like who am I? What are we? What’s our purpose? Is there a God? Things like that,” says Matyáš Hromádka, 30, who attended a ceremony run by the Sinchi Runa retreat in Portugal, with his wife. They enjoyed it so much they returned to volunteer at three more ceremonies.

During his time there, Hromádka noticed two main motivational drivers for attendees. The first group was tempted by similar reasons to him: mind and horizon-broadening purposes. The second was dealing with mental health issues or past traumas. This is a split that Boris, who runs the APL Ayahuasca retreats in Spain and Portugal, can substantiate with data he collects from participants. He says one of the main reasons people attend are mental health issues. “They’re trying to work through this with psychiatrists and other professionals but they’re not getting the results that they’re looking for,” he says.

“I wanted to rewire my brain chemistry, in terms of my reactions to things and how I feel about myself, and the way I frame my identity,” adds Courtney. “I’ve experienced a lot of different types of trauma and I know I can still feel very connected to that trauma. I wanted to detach from it and not let it shape me, in terms of anxiety and depression and post-traumatic stress disorder. I just wanted to let go of all that.”

Past attendees say that ayahuasca forces a reckoning with your subconscious of almost violent potency. “For about 10 years now, I’ve experienced a lot of grief, quite a lot of people who have passed away in my life,” says Lauran Jenkins, 26, another past attendee of the Sinchi Runa retreat. “I’d just pushed that to one side, but it all came out. Every single person in my life who had passed away, I spent time with. It was almost like a cinema, and my life was projecting in front of me.”

Both Jenkins and Courtney contrasted it to the slow burn effect that can be achieved through multiple therapy sessions. “It’s almost as if there was no opening conversation with ayahuasca,” says Jenkins. “It was just straight in there. Deal with it. This is what you have to deal with and you have to do it now.”

The potential therapeutic applications of ayahuasca has been less researched than some other psychedelics, but studies suggest that it might be able to help with depression and post-traumatic stress disorder. The World Ayahuasca Conference that took place last year was milling with scientists and policy advisors, keen to learn more about potential applications of the substance.

Confronting the dankest, most submerged parts of one’s subconscious doesn’t make for an easy ride, however. On the first night of Lauran’s two-day retreat, she drank two “egg cups” of “dark, horrendous looking liquid”. “I honestly thought I’d made the biggest mistake of my life,” she says. “My face and my body were melting and I wanted it to stop but it just got stronger. At one point, I was sick in a bucket, and it was like I was in an arena with horrible, nasty looking faces laughing at me while I was being sick.”

Experiences like this are common, but despite this, demand has surged in the past five years. “When I started, there were four or five centres,” says René, who runs the Acsauhaya retreat in the Netherlands. “Two years ago, there were maybe 200.” This is in the Netherlands alone; Spain and Portugal are also hotspots for ayahuasca retreats.

In the UK and France, ayahuasca is totally illegal, but in Spain and Portugal it straddles a legal grey area. One retreat in Portugal claims to grow the plants to make ayahuasca itself; others claim that there are ways to import the component parts legally.

The rapidly growing number of retreats means there are lots of variation in terms of what’s on offer. “The European way is generally closer to the Brazilian type of ayahuasca use,” says Boris, “so that’s why a lot of people are doing ceremonies during the daytime, playing music through speakers, and mixing it with other blends.” In more traditional retreats like his, ayahuasca ceremonies are strictly held at night and the music is live. To attendees, it often feels like the cadence perfectly harmonises with whatever emotions they’re experiencing at that moment.

The desire for authenticity has created another issue for some European retreats. “Nowadays, everybody’s a shaman,” says René, whose centre has a team who seeks out experienced shamans interested in coming to Europe. Due to the relative poverty of Peru, many are keen to inflate their credentials.

Standards in how the plant is administered, and the type of support on offer varies widely. Across Europe, some emerging practices are increasingly risky. ‘Warrior retreats’, so named for the militaristic ferocity with which the body is pelted with substances, have sprung up. “In three days, they’re using everything they can,” says Boris. “They have ayahuasca ceremonies, they have DMT smoking, san pedro…”

This might be considered symptomatic of a booming, unregulated market in powerful, mind-altering drugs. But if administered in the correct (i.e. traditional) manner, the rate of fatality for ayahuasca appears to be extremely low. There have been a handful of deaths in recent years associated with the plant in South America, but in most cases, there have been complicating factors. For example, the 19-year-old Briton who died in Colombia in 2014 also had hyoscine (an anti-vomiting medicine) in his bloodstream.

But because of these fatalities, the law has recently changed in Holland, making it more difficult for ayahuasca retreats to operate there. The Sacred Voyage, a long-standing psychedelic retreat, made the decision this year to stop administering the plant after over a decade.

What is continuing to spur demand though, is that ayahuasca seems to work for some people. Courtney notes a new-found feeling of confidence in social settings and less concern about the judgments of others since returning from the retreat. The internet is populated with similarly glowing recommendations, and a limited amount of scientific studies back them up. Past attendees I spoke to were eager for others to experience the same consciousness-realigning experience they did – particularly as, in the UK, NHS waiting lists stretch into years for even the most serious mental health issues, while private sessions can easily cost upwards of £50 a pop. The chance to skip that, and supercharge your subconscious for the cost of Ryanair flight and a few hundred quid? It’s not hard to see the appeal.

Linkedin
RELATED ARTICLES
OTHER ARTICLES
Hackney Bumps is a DIY sanctuary in the heart of East London, home to a thriving diverse community of skateboarders – and beyond.
The demonstration took place this week over plans to slash £50m from arts bodies in London.
Meg Handler’s photos capture diverse groups of New Yorkers coming together for the collective cause of civil rights.
Ireland’s national sports are modernising. At the forefront of this movement is Na Gaeil Aeracha, the country’s first ever queer GAA club.
Recent research is highlighting the drug’s enormous potential for treating substance abuse.
A new documentary tells the story of an unassuming cul-de-sac of 13 timber framed houses built by Fusions Jameen – London's first Black housing co-op.