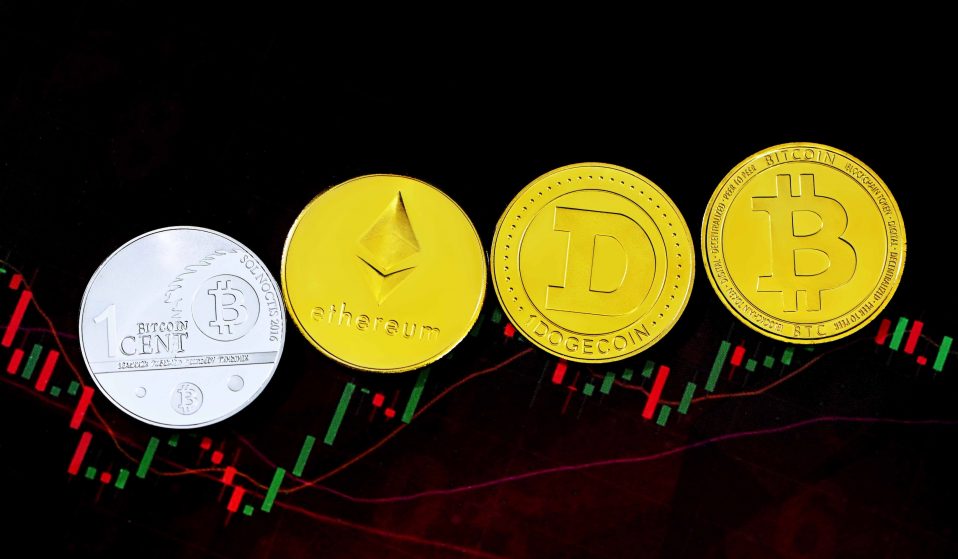 FinTok influencers say they want to help their peers, but are they just perpetuating a broken capitalist system?

On ‘FinTok’, teenagers who’ve hit the crypto jackpot say they want to help their peers do the same – but are they simply perpetuating a broken capitalist system?

Callum Carver is swapping uni for cryptocurrency. The UK-based 18-year-old, whose confident demeanour and authoritative tone is at odds with his boyish face, has already disavowed the dreaded ‘9-to-5’ path that his peers are gravitating towards. Instead, for the past ten months, he’s been slowly building wealth through investments – and teaching others how to do the same.

His journey started with a book titled Rich Dad, Poor Dad by Robert Kiyosaki and Sharon Lechter. After reading the 1997 bestseller about the importance of entrepreneurship and “financial intelligence”, Callum started researching crypto and building his investment portfolio from the savings he had. “If I hadn’t read that book, I have no idea where I’d be right now. Probably at uni,” he laughs.

An avid reader, Callum has a whole series on his TikTok dedicated to Robert Greene’s bestseller, The 48 Laws of Power, whose teachings on manipulation have earned it the nickname of the “Psychopath’s Bible”. Callum created his TikTok account in January of this year to share how this book changed his life, as well as investment strategies, explainers on the world of finance, and general advice on cultivating a so-called ‘growth’ mindset. Ten months later, he has amassed over 270,000 followers on the platform, where he’s dubbed himself ‘The Money Man’.

Callum is one of many teenagers who’ve built large platforms by distilling complex financial advice into 60-second videos. Under hashtags like #teenentrepreneur (163.2 million views), #makemoneyasateenager (40.2 million views), and #teeninvesting (2.8 million views), flourishes a special kind of financial influencer (or ‘finfluencer’): a fresh-faced teen revealing the best stocks to invest in and predicting which cryptocurrencies are likely to increase or decrease in value. Video titles range from “The exact steps to be able to invest $1,000 a month as a teenager”, to “How to start earning money day trading crypto as a teen”, to “I’m going to show you step by step how you can invest £300 a month at 18 and at 50 pull out 1.7 million.”

It’s clear that there is an appetite for this kind of content. A survey conducted in April by investment bank Piper Sandler found that almost one in ten US teenagers claimed to have traded in cryptocurrency. The “meme stock” phenomenon, including the January 2021 GameStop trading frenzy, appears to have had a significant impact: a recent survey by Wells Fargo showed that 45 per cent of teens said the GameStop saga got them interested in finance.

This side of TikTok that uncritically praises and encourages participation in the world of finance is at odds with the socialist ideals often ascribed to Gen Z. In fact, a July 2021 survey by the Institute of Economic Affairs found that 67 per cent of young Britons want to live under a socialist economic system, having become disillusioned with the promises of our current system as wages, opportunities for social mobility, and the chances of ever getting on the property ladder keep decreasing. But on FinTok, teens worship at the altar of the free market and enthusiastically embrace the “hustle”.

There’s a widespread assumption on this side of TikTok: money is only a matter of attitude and discipline, wealth simply a question of identifying the right opportunities. This rise-and-grind mentality is a source of pride for many of those teenagers. “I want to inspire kids to chase their dreams in life because I believe genuinely anything is possible with consistency and hard work,” says Aaron, 18, known to his 39,000 followers as @thatkidcrypto.

For Serafino, 18, known on TikTok as @realtalkstocks, the hustle started early. “I’ve pretty much always wanted to build businesses,” he recalls. “I’d have lemonade stands, set them up myself and then hire my friends to help me out, and I also started a clothing brand in eighth grade.” Investing was the obvious next step for him, he says.

Now, Serafino boasts over 100,000 followers, posting in-depth informational videos about NFTs, Forex trading, and even tax write-offs. He has over $11,000 in crypto wallets, but that’s not the full extent of his assets. A finance major at Florida Gulf Coast University, he juggles multiple streams of income alongside his trading activities, including two clothing brands, a partnership with Twitch to organise live streams, and a social media management agency.

Serafino started building his wealth at a young age, albeit not immediately with crypto trading, which is only accessible to over 18s in the majority of countries. Abdi Orr and Brendan Jensen, the two 17-year-old co-founders of the platform CryptoTitans – which promises “4-5 figure turns” for teens through crypto investments on both Instagram and TikTok – are an exception. They started getting involved in crypto when they were just 15, although by no clever strategy of their own.

They just happen to live in Australia, a country where apps without parental controls – like Coinspot – are allowed to operate. Abdi believes those platforms should be available everywhere. “Why limit teens to a part-time job and decrease options for them to make an income?” he asks. “Limiting kids to one path is destroying their dream.” For Abdi, a 9 to 5 is a soul-crushing prospect, but not an inescapable one.

Individualistic notions of self-advancement, such as the ones promoted by teenage crypto influencers, promise freedom – from the system, from the dependence on the next pay cheque – to those who subscribe to it. But ultimately, those notions simply reiterate the idea that an individual’s intrinsic value is tied to their productivity, and that whether one ends up in abject poverty or unbridled wealth is just a matter of personal choice. This obscures the real mechanisms by which wealth accumulates in the hands of only a few, and eschews the concept of collective responsibility for urgent issues – not to mention climate breakdown, which crypto has a role in fuelling.

Indeed, these teens’ content is symptomatic of a potentially toxic obsession with the “hustle” and a simplistic view of the many predictors of financial freedom. But they don’t see it that way, maintaining that they just want to ‘help’. “A lot of people are buying crypto without actually understanding any of the technology behind it, and that’s not good,” Serafino says. “What I do on my platform is to try to teach people as much as I can about it, not just telling them what to buy.”

The sheer amount of information on crypto that circulates online can be disorienting. On top of this, “There are a lot of pure scams and it’s easy to make a good marketing pitch to someone who really has no clue about crypto or how money works in general,” Aaron says.

Often, young people will hear about massive returns on investment, and believe it’s the norm rather than an exception. “I think our generation has been sort of wired to want things instantly, but you have to be able to walk before you run,” says Callum. “It’s important to learn the basics of financial literacy before you just delve into what is essentially gambling.” But given TikTok’s reputation for hosting videos which promote volatile cryptocurrency investment, bad advice can be hard to avoid.

Despite FinTok being a murky world, the popularity of Callum and his peers’ platform continues to soar, pointing to the prevalence of ‘hustle culture’ even among a “socially conscious” generation. Regardless of how solid the financial advice these accounts are offering may be, all promote the misguided belief that capitalism is the path to security and freedom.

Linkedin
RELATED ARTICLES
OTHER ARTICLES
The revered showbiz chronicler recalls his journalistic beginnings, documenting subcultural scraps in the ’80s.
Over the weekend, London locals came together to resist a pre-planned police raid targeting delivery drivers.
The photographer recalls working with some of the biggest names in the business – from Salt-N-Pepa to the Sex Pistol – at a time when music magazines played a powerful role in shaping the scene.
Following the release of his newly republished 1991 book, Redheads, the American photographer reflects on his celebration of ginger people and their magnetic power.
In the last of our dispatches from OFFF Barcelona, Rufus Deuchler and Vincent Gault discuss the future of creative process.
The group’s leader and cofounder Randy Savvy talks nurturing the next generation of riders and keeping Black cowboy culture alive.