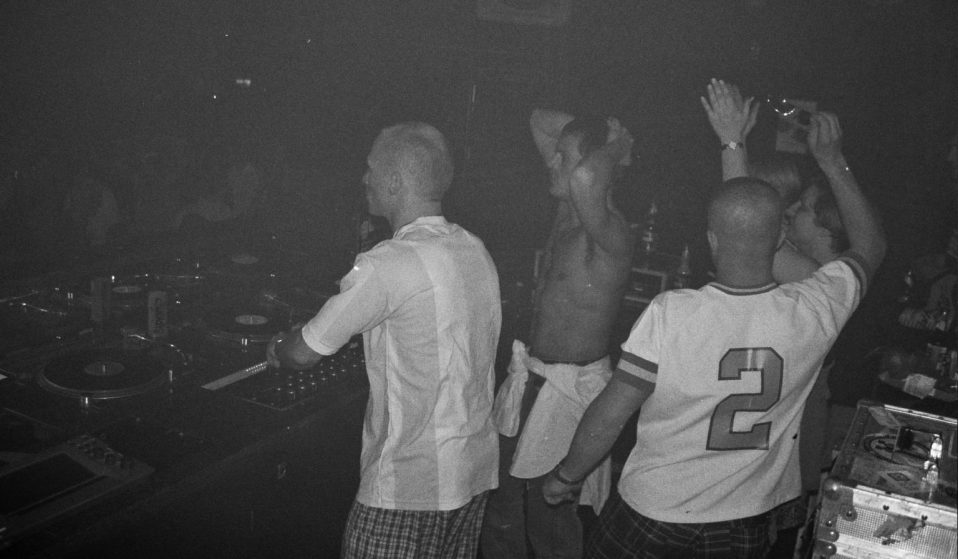 While E&C has played a pivotal role in London’s dance music and club scene, its contribution is often overlooked. Why?

While E&C has played a pivotal role in London’s dance music and club scene, its contribution is often overlooked. However, in the face of sweeping redevelopment, figures from its past and present are shining a light on the area’s story.

DJ and curator Shannen SP has been the host of Hyperdub’s monthly club night for the past two and a half years. Since forming in 2004, the London-based electronic label has grown into a celebrated lynchpin of the British underground scene, with Shannen’s events – titled Zerø, and based out of Elephant and Castle’s Corsica Studios – developing into one of the city’s most prominent nights in tandem.

Despite its popularity, however, what comes next for Zerø is far from certain. In December 2018, the Mayor of London approved plans to bulldoze the shopping centre that Corsica is attached to, which will see it replaced with almost 1,000 homes and a new university campus for London College of Communication. It’s the latest in a long line of sweeping changes to the area, which threate the future local residents – particularly the area’s Latin community. For Shannen, who’s seen the area transform in real time, it’s a worry.  “It’s like… anti-social housing prices,” she says.

While Elephant and Castle’s role in London’s dance music and club scene has been an integral one over the years, it remains under the radar. In response, Peak Gallery – a space situated inside the shopping centre – has launched Peak Times, an ongoing project dedicated to documenting and celebrating its contribution over the years, shining a light on a story that’s remained largely untold. For all of the seminal venues, events and labels that have come to call it home, it comes at a time of great uncertainty.

One of the most pivotal members of the E&C family is Ministry of Sound, an institution celebrating global dance and house music. In 1991, having spent most of the ’80s operating out of New York, DJ and Ministry founder Justin Berkmann returned to London (the place he was born) to seek out a venue capable of hosting a new kind of party.

“I effectively did the London black cab Knowledge,” he says. “I just drove around in a car looking at all of the streets, and the one area that kept on coming back as an obvious location – that was just sitting there in the middle of London without anyone really knowing about it – was Elephant and Castle.”

All of what Berkmann had experienced in New York (“edge, danger”), E&C had in abundance. Crucially, though, it was still central enough for the less intrepid explorers of the clubbing scene. Even though it was “slap bang right next to everything”, it felt as if the area had been looked over; forgotten about. It was perfect.

“When we finally found Gaunt Street and looked at the map of London, it was like, ‘This makes so much sense.’ It seemed all roads lead to Elephant and Castle. If you look at the map it looks a bit like a map of France, everything leads to Paris. In London, it all leads to Elephant.”

Ministry’s opening in 1991 coincided with the abrupt end of what Berkmann refers to as the Second Summer of Love: a period of inner-city partying quashed by the 1994 Criminal Justice and Public Order Act – legislation designed to shut down the underground rave movement in the UK. Berkmann saw Ministry as providing a much-needed alternative to a scene which was on its last legs. 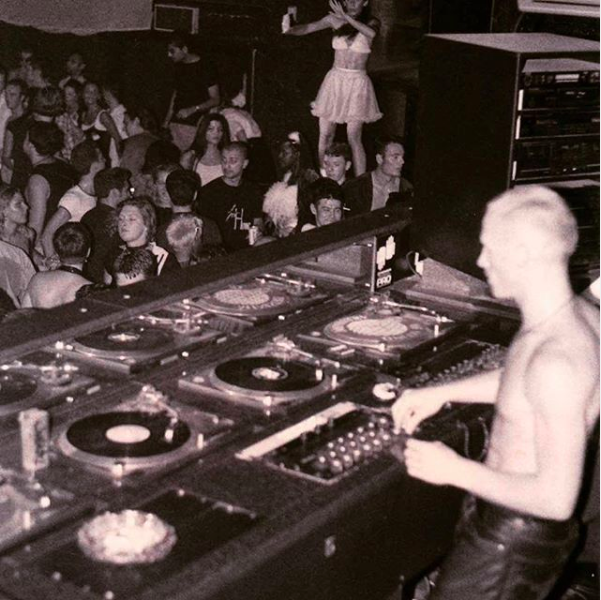 “For me, ’89 was the Summer of Fear. It became scary going to these big raves and they were starting to get really criminally run. I personally wanted somewhere that you could, go in town, without having to drive halfway across the country to go to an amazing event. Ministry, for me, was a necessity.”

Upon its arrival, Ministry ushered in a new moment in clubbing in a neglected area of London. The fact that E&C was such uncharted territory – in terms of the rave scene – gave people a sense of freedom, enabling them to lose their inhibitions away from prying eyes.

“We had everyone there from all levels of society, from every race, creed, sexuality – you name it. It was a complete spread,” Berkmann remembers.

“That mix was really what made it work. Stick all these people together, get them all off their head and then play really good music – without any cameras, so that they don’t have to share the moment, or feel that they’re under any obligation to do anything – they can let themselves go.”

A similar ethos of freedom and self-expression, along with a desire to simply have a good time, was shared by South London art collective !Wowow! A group of artists, fashion designers, writers and musicians, their early parties and exhibitions were central to the ‘art squat’ movement of the early 2000s in south east London: a catalyst to acts such as Florence and the Machine and Fat White Family.

Producer Isabella Summers (Isa Machine of Florence and the Machine) was a “Child of !Wowow!” and spent a large chunk of her early years DJing and producing music in the clubs and squats of E&C. One of these was Corsica Studios – back then, just a semi-legal DIY venue.

“Corsica Studios was just fake it till you make it for me,” Summers says. “I’d take a bag of MF Doom records or whatever that I’d bought in [record store] Mr. Bongo. Then I’d go to the [charity shop] Sue Ryder and get random horror film soundtracks and spoken word records and just hope for the best. I feel like the things I’m doing now are so far removed from those times. I’d love to go back to that. I owe a lot to those times.” 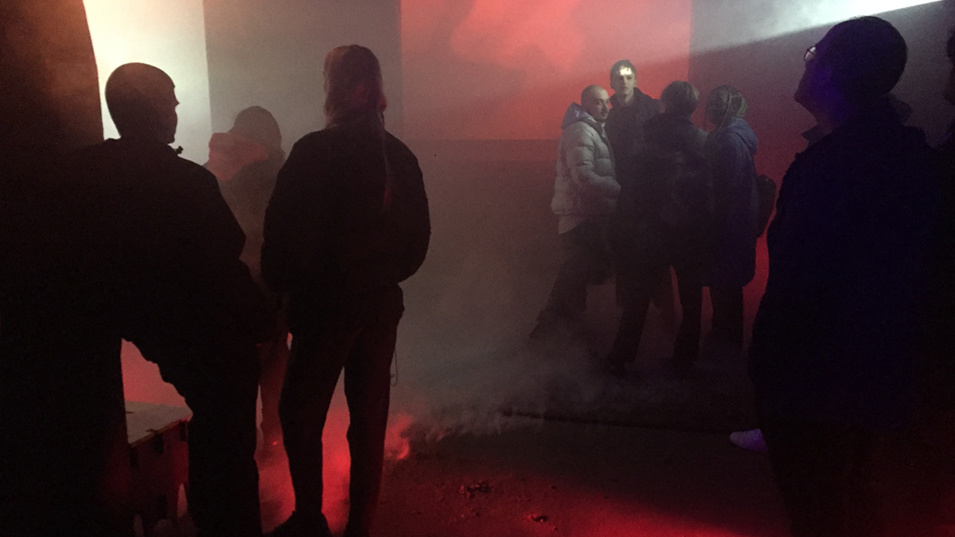 !Wowow!’s parties began in squats in Peckham and Camberwell, but eventually snaked their way up the Walworth Road to E&C. As the collective began to garner attention from the press, the partying become heavier, with the collective eventually moving into the now notorious Toilet Factory. As a new generation of !Wowow! members began to join, the events grew increasingly raucous: some original members left to pursue artistic careers elsewhere; others fell further down the rabbit hole of excess.

“You had to gear yourself up to go there, because you knew you weren’t going to leave for three days,” Summers remembers. “Nearly everyone who has come out of that has ended up doing something really interesting and being successful in their own right.”

“It was about being free, it wasn’t about money, it was more about being creative. I don’t think it was about drugs either. It was about the Studio 54 element of how much glitter you could put on, [the] costumes, and how we could make something out of nothing. That’s what I remember it to be – a lot of fun.”

Upon it’s launch, Hyperdub was, in many ways, an evolvement from !Wowow!’s full-throttle hedonism. The label founded Zerø at Corsica Studios in early 2017, going on to showcase a program of cutting edge DJs and producers, coupled with some of the most interesting names in contemporary art.

“Corsica has an amazing sound system,” Shannen says. “We’d done nights with them before and the staff there are incredibly helpful – and really open to doing quite a weird night. They are really hands-on with helping us set up the installations and they have all the facilities for us to do them: there’s always an installation and there’s always music in the second room – we consider them to be equally important.”

Zerø has now become a south London staple, but – as when Ministry was founded – E&C’s location makes it accessible to a much larger audience. “Elephant & Castle is really accessible. I think if we did the night in Peckham it would be slightly more difficult,” Shannen notes. “A lot of my friends were all living around South East [London] and it’s gotten so expensive here that most have moved north now. Just being next to a tube station is really helpful for people to just pop in also for people that are working in different parts of London.” 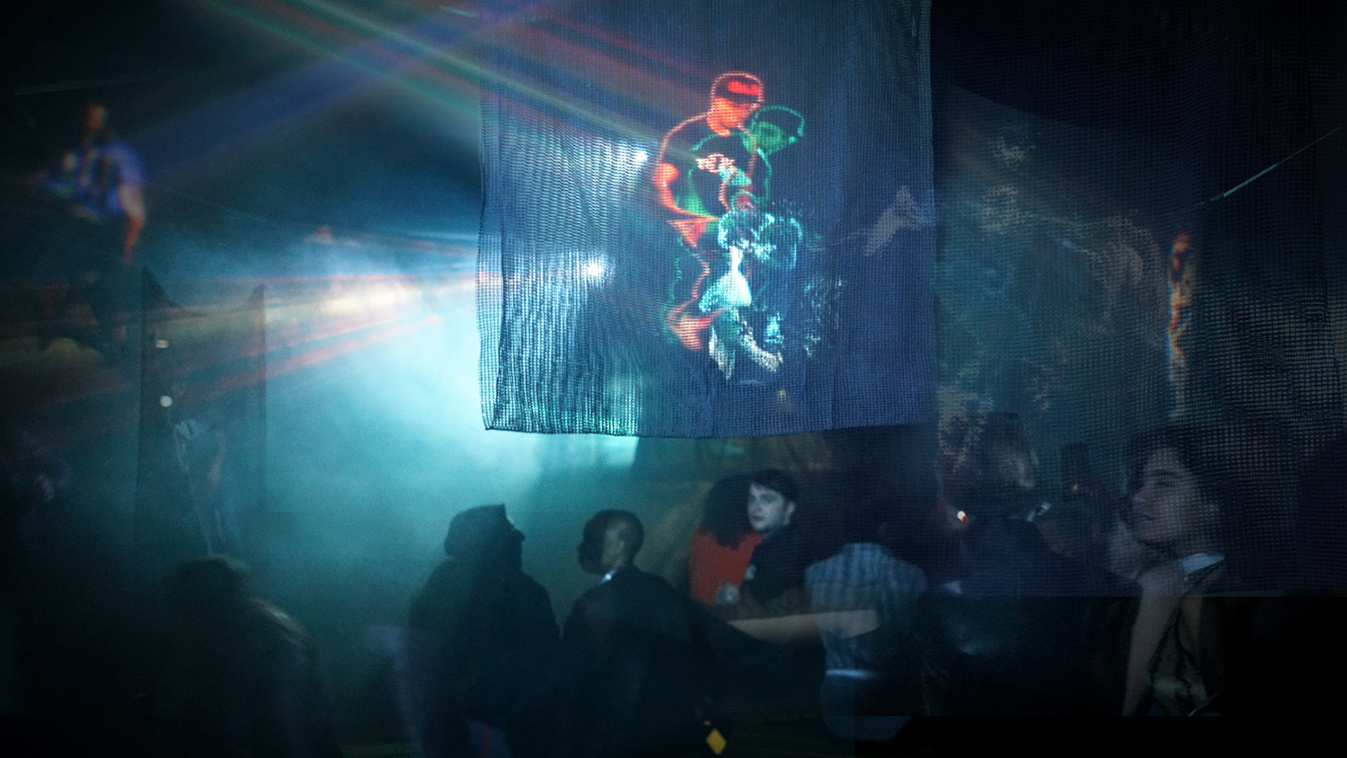 In Shannen’s mind, Corsica is a “Hyperdub venue” through and through. While she doesn’t know for sure how the club will be affected by the redevelopment, she’s adamant that as long as Corsica is standing, that’s where Zerø will remain. Rightly so, she’s keen to draw attention to the plight of the venues (many of which are staples for the local Latin community) at threat.

“No one seems to be sure what is happening with Corsica, but I have heard that the Latin bars and clubs and restaurants around that area are definitely going to go. I think in terms of clubbing and socialising here, the most important demographic to think about is the Latin community.”

“There are so many bars, so many restaurants. There’s a pool hall above Corsica Studios called La Bola Ocho. Sometimes we’ve gone up there after Zerø has ended, just for a drink with some of the artists. These are the places that should be at the forefront of this conversation.”

E&C’s subcultural history is rich, and the party scene it’s established over the years – while largely undocumented – remains a key part of London’s culture. As the threat of it disappearing forever looms closer, remembering its contribution is as important as ever.

Though the movements that have sprung up over the years have been different in their approaches and philosophies, one key parallel has made itself obvious: namely, when young people are faced with adversity, they will always find a way to party. In turn, E&C has always provided them with the perfect platform to do just that.

“The club scene back then came out of the fact that people were putting on parties wherever they could. They were illegal – let’s face it,” Berkmann says. “Before I left for New York in the early ’80s people were breaking into or renting a warehouse on the proviso they were doing a video shoot, then they’d take the electricity from the street light or something and run the party until the police came.”

“Maybe now with austerity people might do that again, because there’s no cops left to come and stop them. Who knows, maybe that’s the way to go. All I can say is… it’s a hell of a lot of fun doing it.” 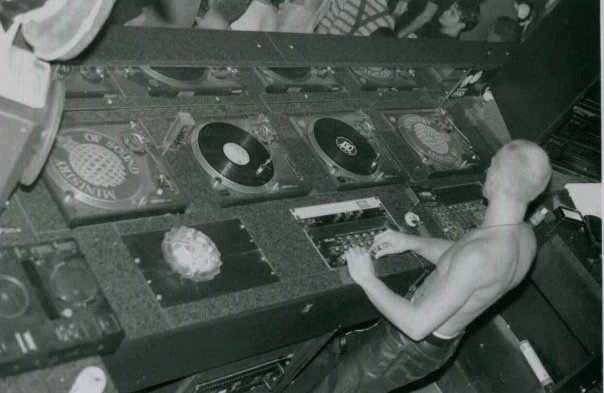 Linkedin
RELATED ARTICLES
OTHER ARTICLES
Over the weekend, London locals came together to resist a pre-planned police raid targeting delivery drivers.
While protests over abortion rights rage in the US, access to abortion services is still almost nonexistent in parts of the UK.
Following the release of his latest album God Don’t Make Mistakes, the rapper talks horror villains, police brutality and being unafraid to show his vulnerable side.
Photographer Phyllis Christopher recalls capturing sex and protest at a time when the city had become a haven for the queer community.
A group of Ukrainians living in Poland are helping Ukraine withstand Russia’s brutal invasion by buying supplies and shipping them directly to the war’s frontlines.
Following the release of his newly republished 1991 book, Redheads, the American photographer reflects on his celebration of ginger people and their magnetic power.