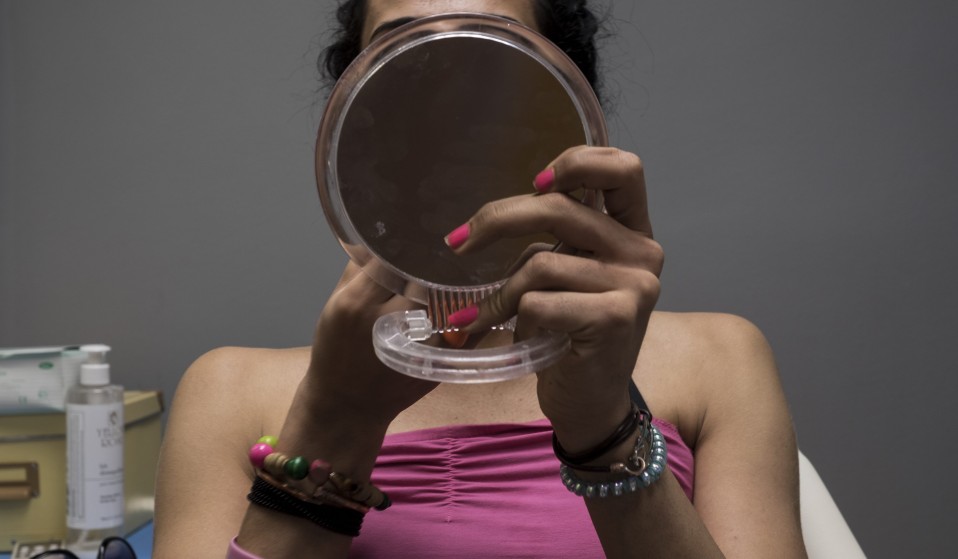 Photojournalist Fahrinisa Campana heads to Athens to meet the LGBT+ refugees who are trying to make ends meet – and find acceptance – in a deeply conservative Greek society.

Photojournalist Fahrinisa Campana heads to Athens to meet the LGBT+ refugees who are trying to make ends meet – and find acceptance – in a deeply conservative Greek society.

As the afternoon light pierces through the blinds and into the gloomy darkness of the bedroom, Y., a 28-year-old transgender refugee from Morocco, sits on a bed playing games on her friend’s phone. The others watch TV, smoking cigarettes relentlessly.

Y., whose name has been withheld for safety reasons, looks almost angelic. But there’s a heaviness to the atmosphere – a feeling that has as much to do with the light that struggles to enter the dark room as with the fact that only a few days earlier, Y. broke her phone in an argument with her Greek boyfriend. To make matters worse, she’s misplaced her house keys, and the cash card – which she receives from the United Nations High Commissioner for Refugees (UNHCR) on the first day of every month – isn’t working. She’s down to her last few euros and getting desperate.

Unable to call anyone, check her social media, or even get into her own house, Y. sits in silence sulking for most of the day. Everything her friends said, though not directed at her, only seems to increase her frustration. Finally, she leaves the room. 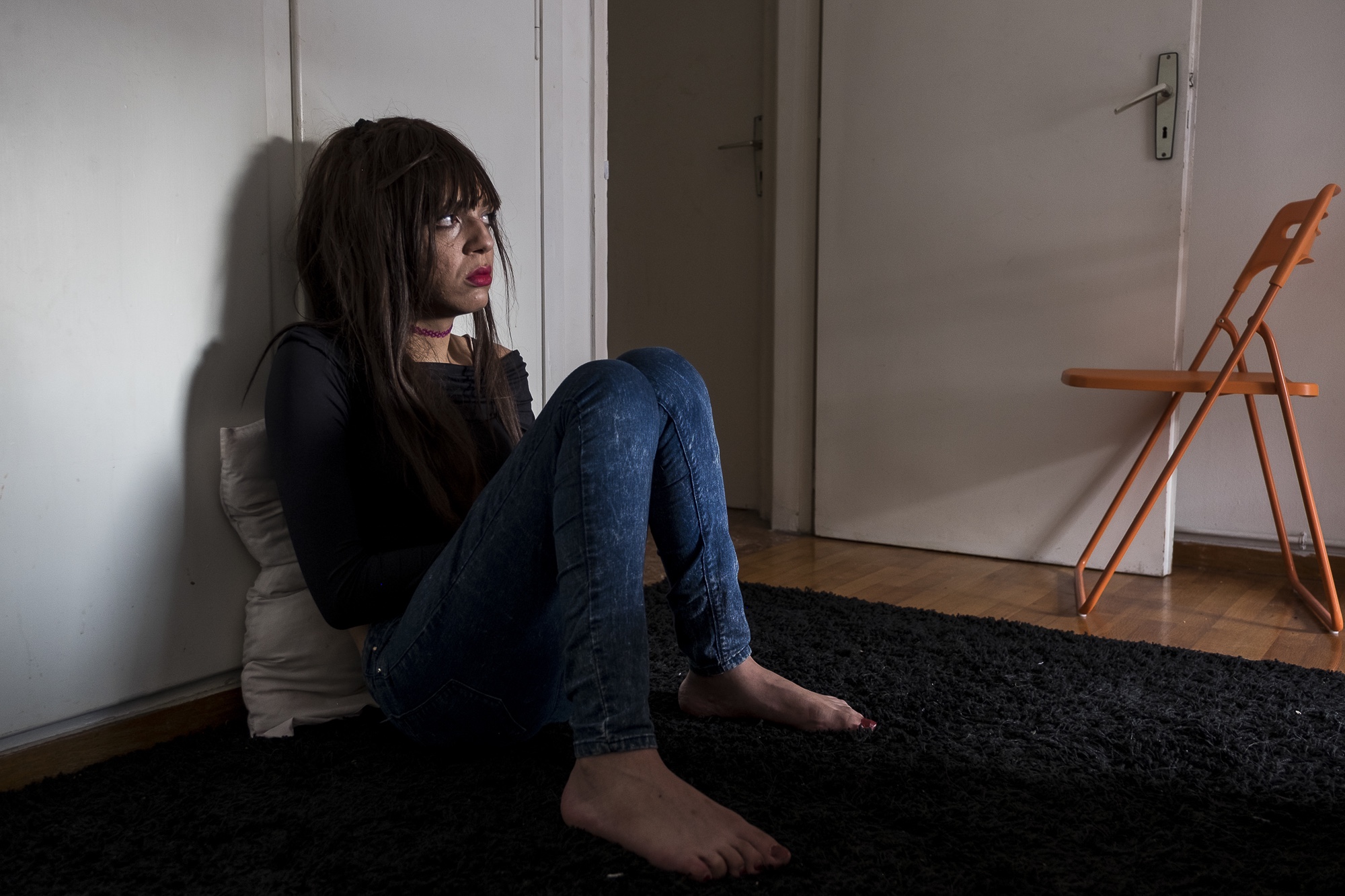 Y., 28, a transgender woman from Morocco relaxes with friends at their apartment in Athens, Greece. September 1, 2017

She’s been staying at M.’s house, a transgender refugee from Tunisia, for days, eating all her meals there and wearing her clothing and wigs. At least she has M., she says. If it weren’t for M., and the small, but tight-knit trans refugee community in Athens, she would be totally alone – a sentiment which has been echoed by others in the community as well.

Since 2015, more than one million refugees and migrants from the Middle East and North Africa have arrived in Europe fleeing war, persecution, and economic devastation. Most entered the region through Greece and Italy, before continuing their journey onwards to central and northern Europe within days or weeks of their arrival. Greece’s crippling economic crisis, the lack of jobs, and the poor camp conditions refugees are made to endure have left few refugees wanting to build a new life in the country.

In March 2016, however, following the EU-Turkey deal and the closure of the Macedonian border in the north of Greece, the land route through the Balkans that hundreds of thousands had traversed to central Europe became permanently sealed. According to the UNHCR, currently some 50,000 refugees and migrants are now stranded in Greece, their patience wearing thin and their vulnerability increasing. 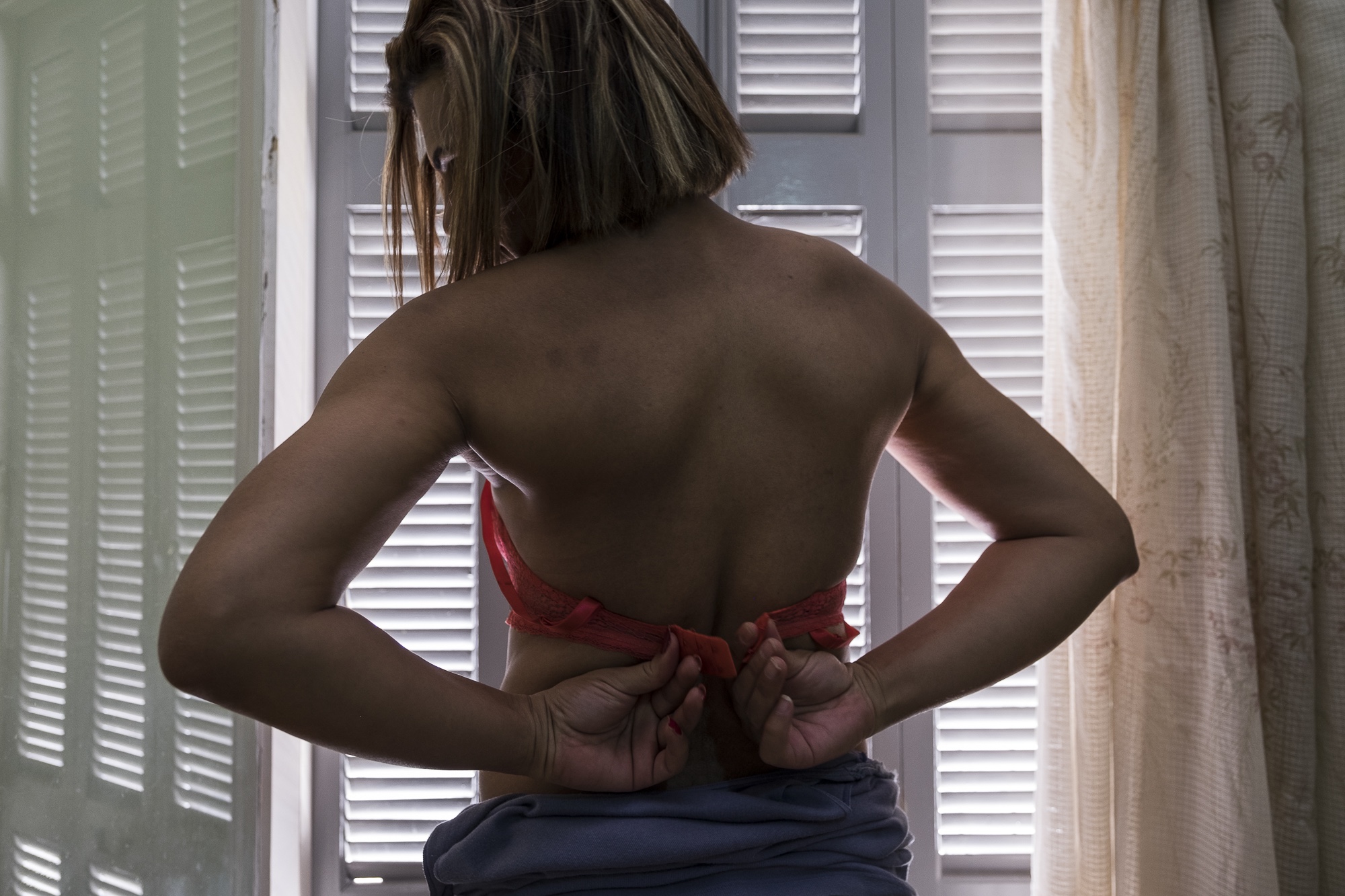 T., 40, a transgender woman from Iraq dresses at her apartment in Athens, Greece. September 7, 2017

Among this 50,000 are a number of refugees who also belong to the LGBTQ+ community – individuals who have fled their home countries not because of war, but also to escape persecution due to their sexual orientation or gender identity.  In many countries throughout the Middle East and North Africa, they face the threat of prison, torture, rape, and, in many cases, death.

But, for transgender refugees now living in Greece, their arrival to what is often a very conservative society has not been what they’ve expected either. Though they no longer face the threat of torture or death, they are still being ostracised from society.

“Being a refugee is incredibly isolating,” Moira Lavelle, a founding member of LGBTQI+ Refugees Welcome in Greece, an organisation based in Athens, tells Huck. “This is especially true if you are an LGBT refugee whose home community has rejected you, other refugees have rejected you, and the large part of European society rejects you.” 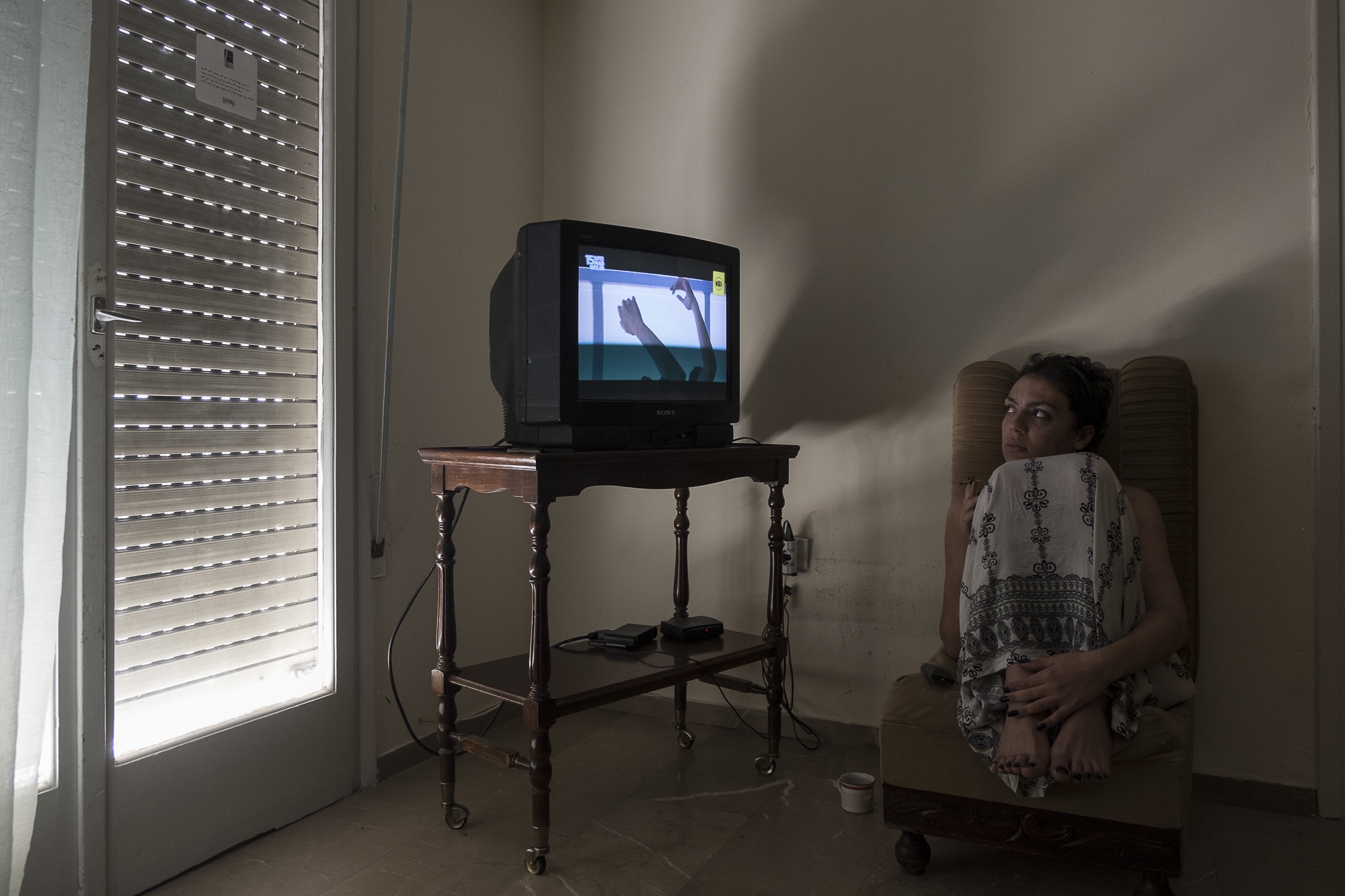 Y., 28, a transgender woman from Morocco watches TV while relaxing at her apartment in Athens, Greece. July 13, 2017

When Y. was still just a teenager, she realised she was trans and immediately started hormone replacement therapy with the support of her mother. Starting her transition at such an early age meant that she never developed strong masculine facial features and was not easily recognisable as a trans individual. Still, those who knew her from a young age knew she was born a male, and although her mother and two younger brothers accepted her for who she was, others have struggled.

Knowing how trans people are treated in her country, Y. did not wait to be attacked before leaving her home city of Marrakech. Instead, she bounced around from city to city for several years working as an escort to support herself (her ID cards and passport still had her gender marked as male, and her photo of her boyish appearance from her teenage years, so she had difficulty finding any other job). Eventually, Y. made the decision to leave Morocco altogether.

In the fall of 2016, taking her few belongings and enough money to pay a smuggler to take her Europe, to safety and a better life, she left her homeland and her family behind forever. Now, after being in Europe for one and a half years, Y. still does not feel fully accepted. “I have no one,” she says while smoking a cigarette on M.’s balcony in central Athens, and watching the street below. It is not the welcome that she was expecting from Europe. “Nobody here cares about us.” 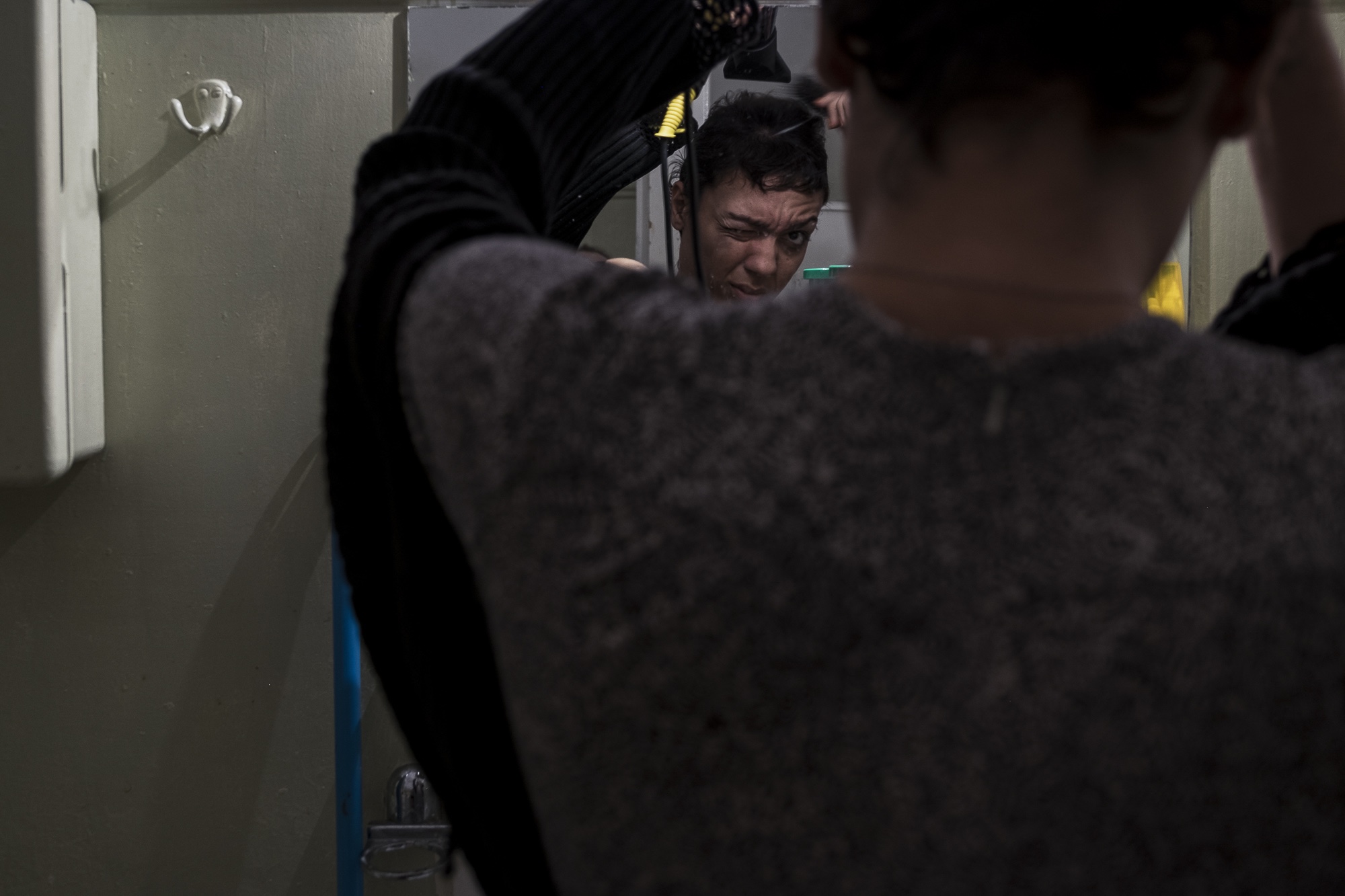 Y., 28, a transgender woman from Morocco straightens her hair at a friend’s apartment in Athens, Greece. August 6, 2017 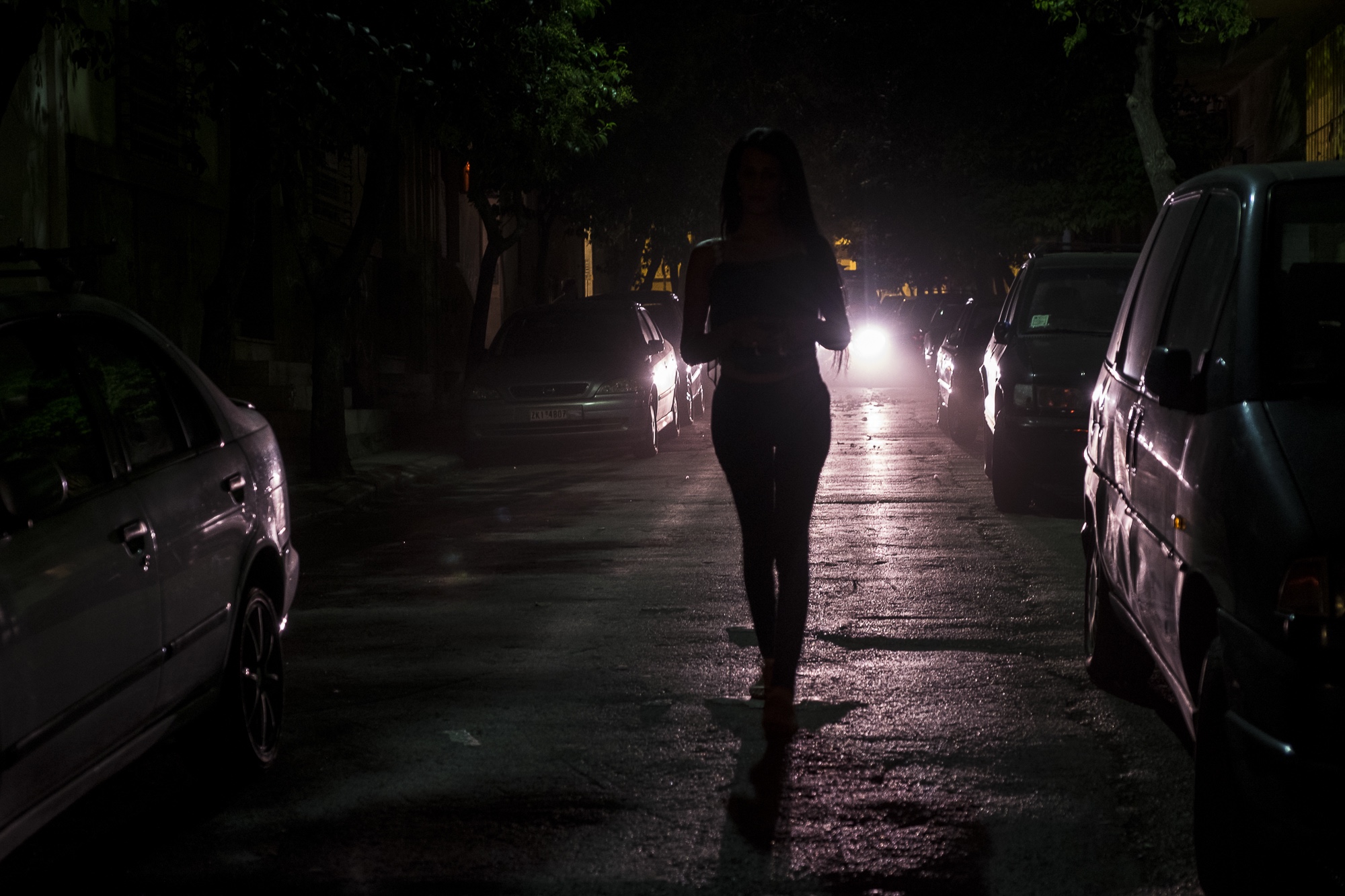 A., 24, a trans woman from the Middle East (who asked not to have her nationality revealed for security reasons), walks down the street on her way to meet some friends at a bar in Athens, Greece. August 6, 2017. 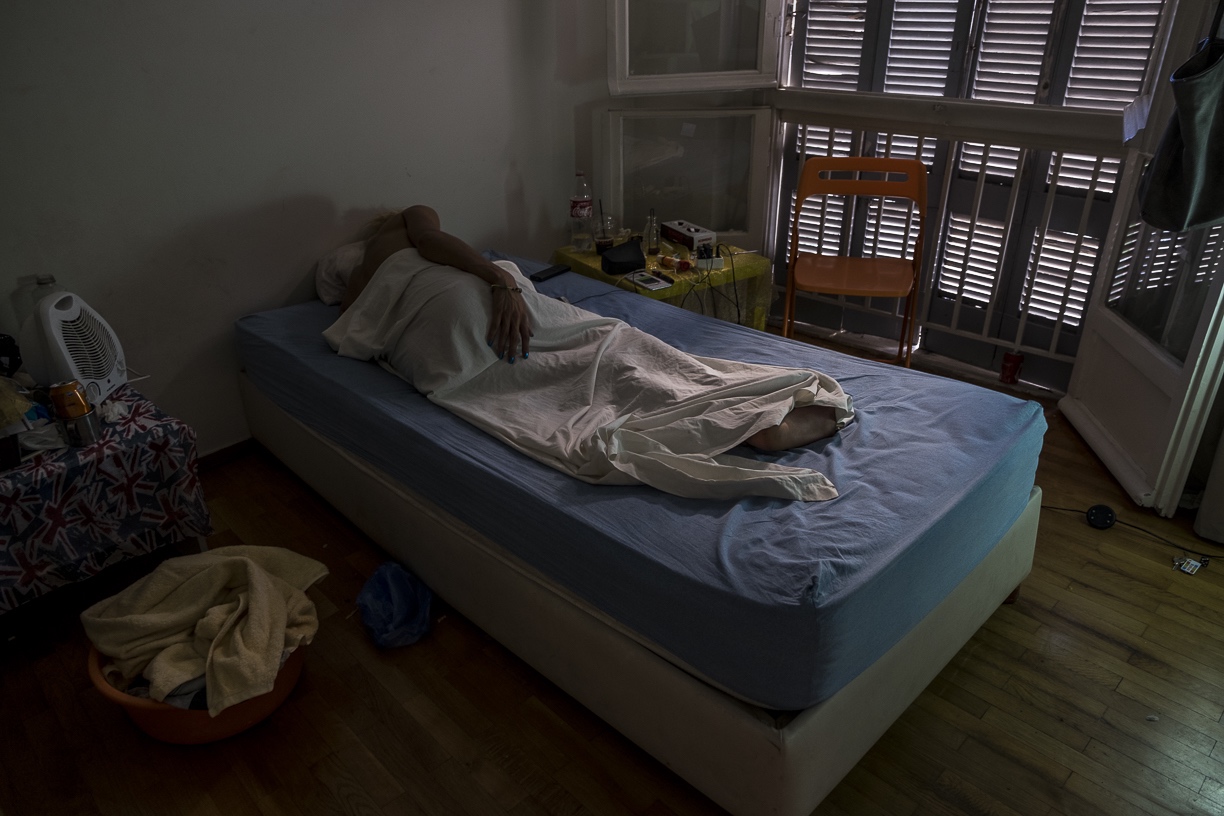 M., a transgender woman from Tunisia, takes a nap at her apartment in Athens, Greece. September 4, 2017 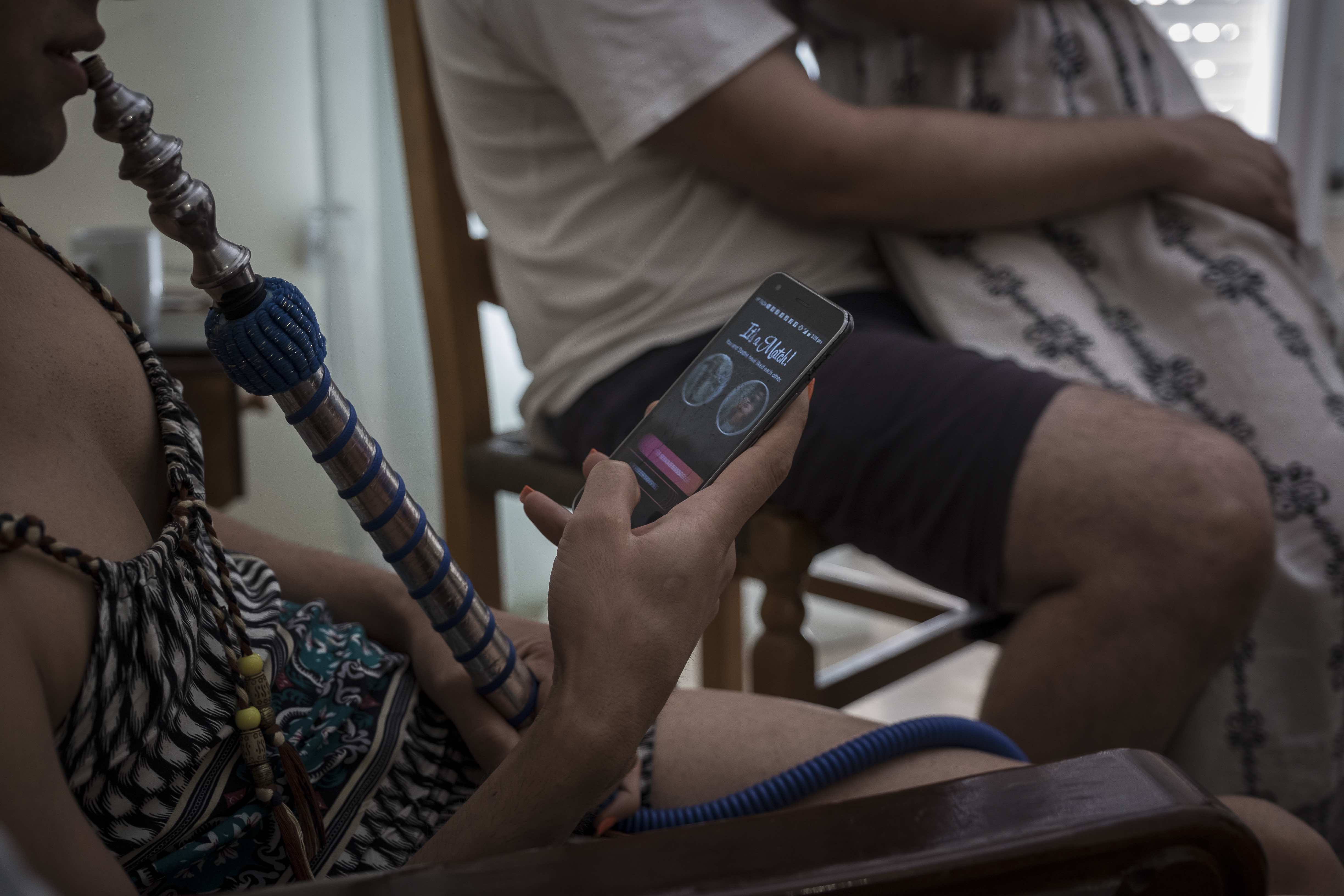 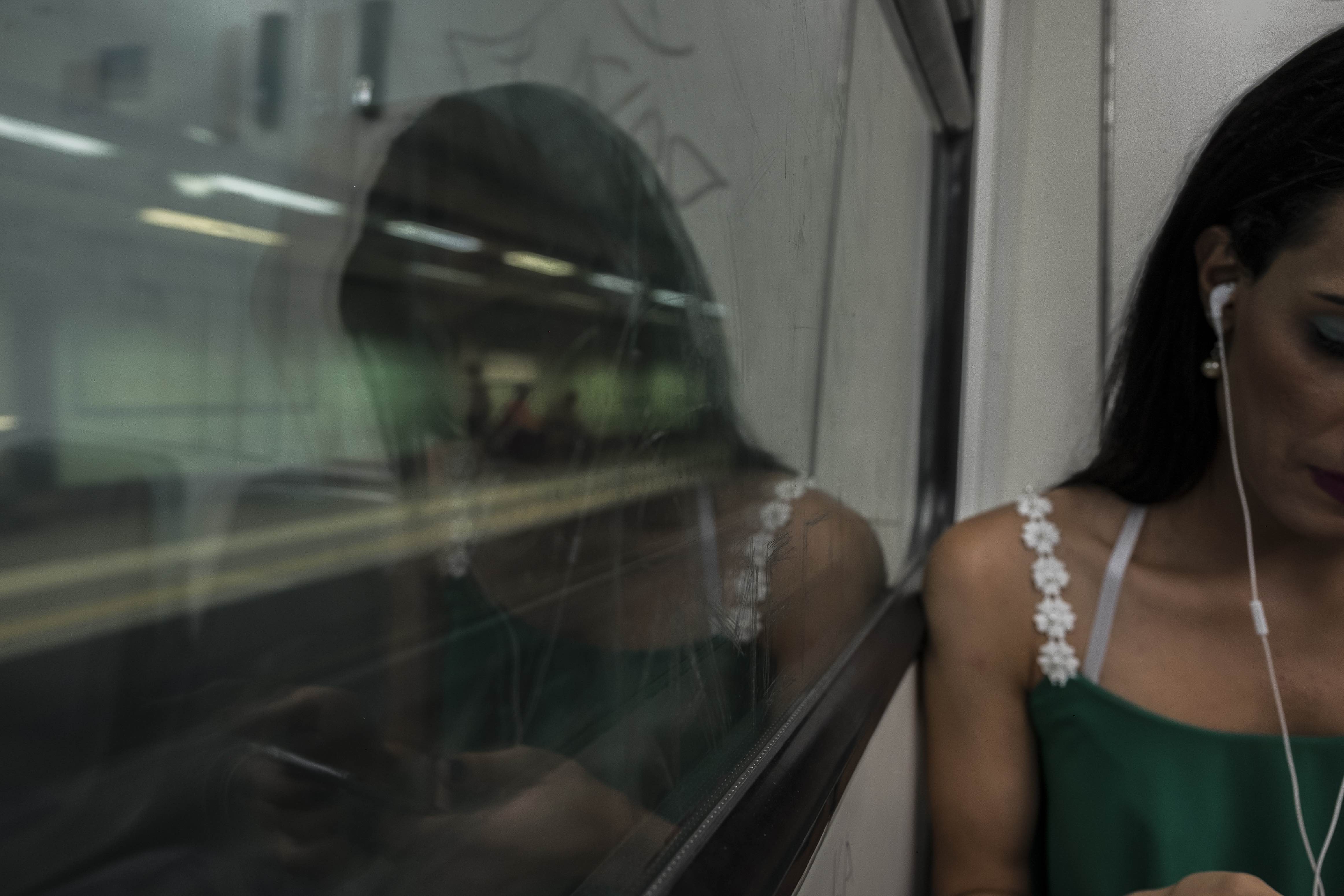 A., 24, a trans woman from the Middle East (who asked not to have her nationality revealed for security reasons), rides the metro on her way to meet some friends at a bar in Athens, Greece. August 6, 2017 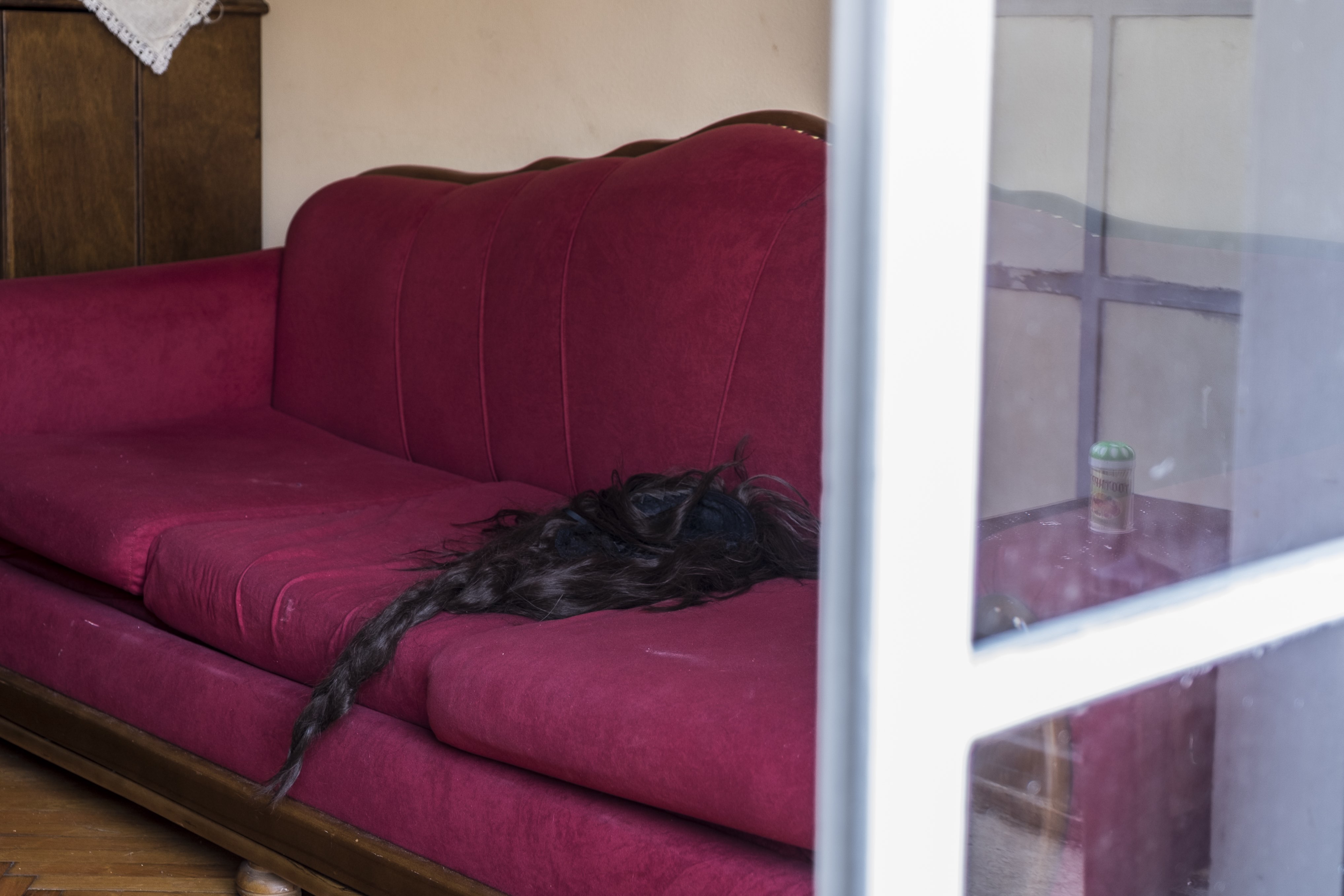 Linkedin
RELATED ARTICLES
OTHER ARTICLES
In his 2008 series, the photographer pictured himself as Angela Davis, Martin Luther King Jr., Malcolm X, and other prominent figures.
With skyrocketing rents, packed out viewings, bidding wars and more, renting in London has never been harder.
Financial turmoil is pushing people who work in the sex industry into more dangerous and desperate situations as a means of survival.
The idea that a younger generation is abandoning work has become a popular narrative online, but it doesn’t necessarily reflect reality.
Sean Maung’s photos are a love letter to the Black and brown communities that make up New York.
Cindy Campbell recounts how her brother ushered in a new era of musical culture at a party she held in the Bronx in ‘70s.