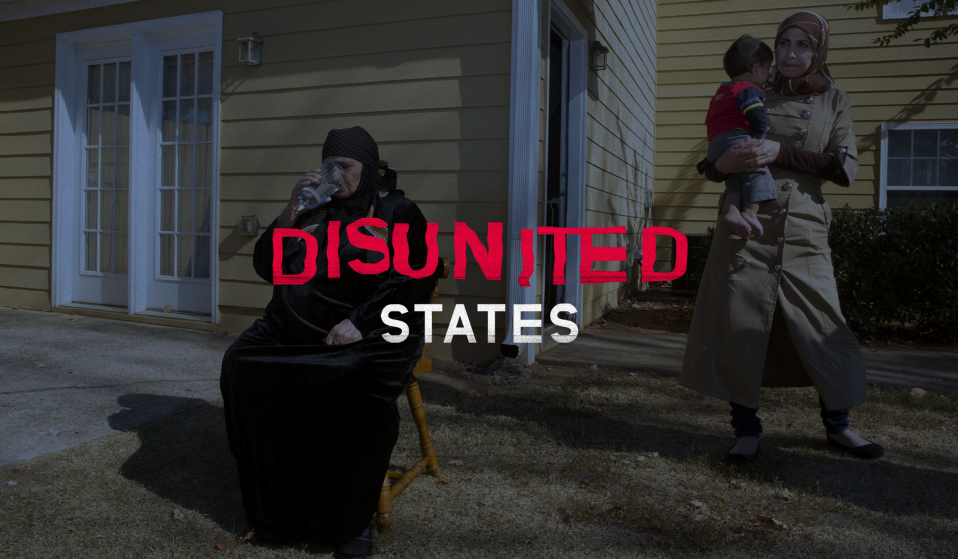 There's much to fear in Trump's America, and for nobody is this truer than Muslim refugees. In the small town of Clarkston, Georgia, live the Dallou family, who arrived here seeking refuge from violence in Syria.

There's much to fear in Trump's America, and for nobody is this truer than Muslim refugees. In the small town of Clarkston, Georgia, live the Dallou family, who arrived here seeking refuge from violence in Syria. They remain positive about the future.

Just a short half hour drive down the highway from downtown Atlanta is the small town of Clarkston, Georgia. Despite having a population of just 7,500, Clarkston and the neighbouring area of Stone Mountain have taken in high numbers of refugees, although not as some reports have suggested, more than NYC and LA combined.

When I heard that Trump had been elected as President, many people’s first thoughts were with Muslim refugees: Donald’s rhetoric was designed to stir up hate towards Muslims and all those seeking refuge in the US – for people who tick both boxes, the outlook is troubling.

Standing outside a yellow wooden house in this cosy community are Ibrahim Dallou, his wife Sanaa, and grandmother Aesheh. They’ve kindly invited me to their home and welcomed me with open arms to talk about what lies ahead. As I make my up the path towards their house, Ibrahim is crouching down over the path, a look of deep concentration on his face. Stepping closer I realise he’s picking up a caterpillar, Sanaa and their youngest child watching from the side. 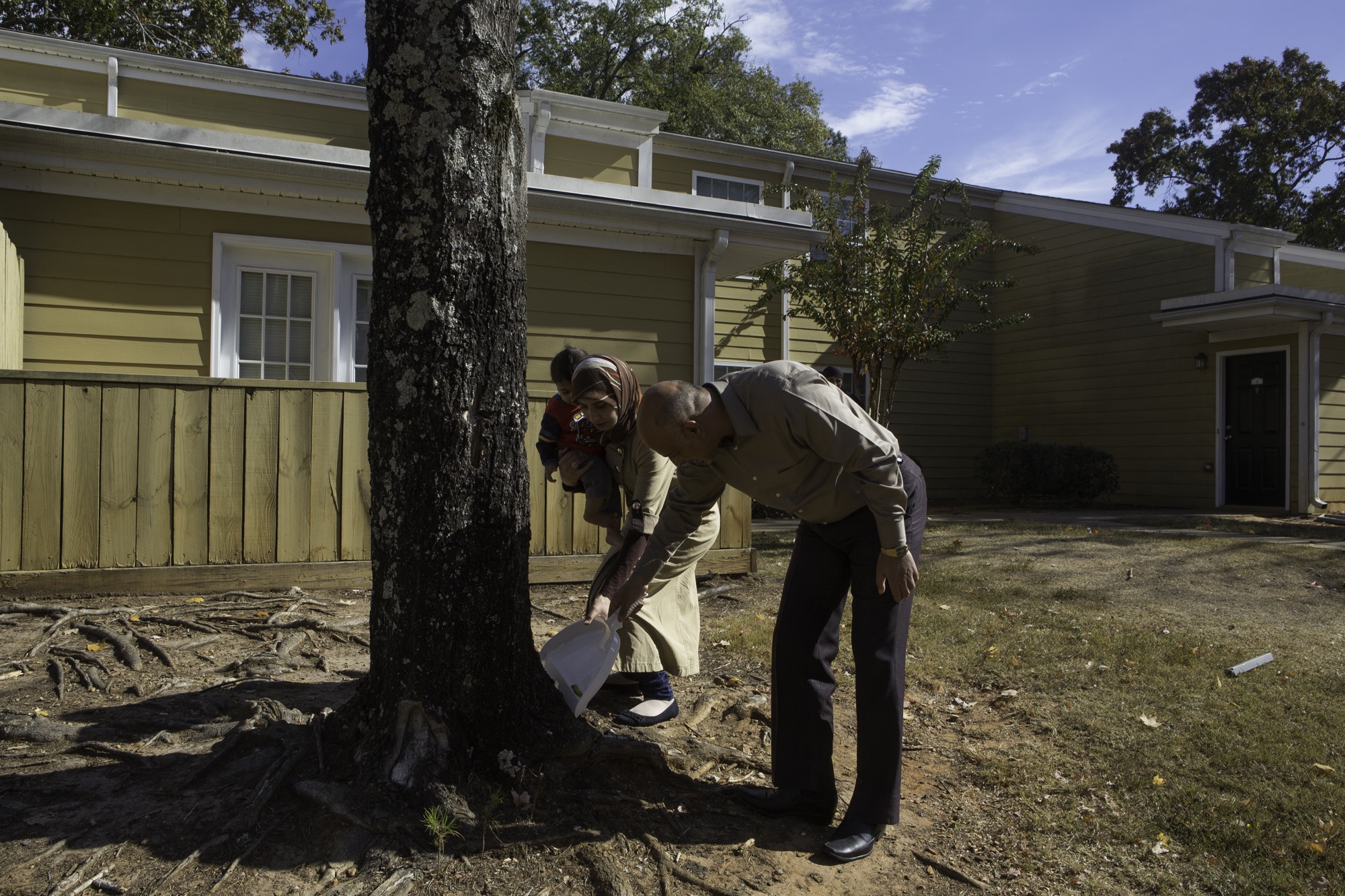 When they realise I’ve arrived, they usher me in warmly, a tray of all-American soda is placed in front of me as I take a seat. Mona Megahed, a volunteer with Georgians for Syrian Refugees, joins us too. She’s here to translate.

Back in Syria, Ibrahim was an Arabic teacher, he and his family lived an ordinary, regular life. “When the protests started against the government back at home, and they started to assassinate people, we were forced to escape to Jordan,” he says, speaking matter of factly while glancing occasionally towards his wife.

“We left because of the extreme violence,” Sanaa continues, “rockets would fall before our eyes.” She looks towards Aesheh, her mother, and tells me that she was at home when one hit. “We waited for two years in Syria, watching the fighting, hearing the sound of guns, but then something happened.”

Sanaa was at the family home with her parents, siblings and children. Soldiers from the regime appeared at their door, forcing their way into the house to search for guns and weapons. They were petrified. 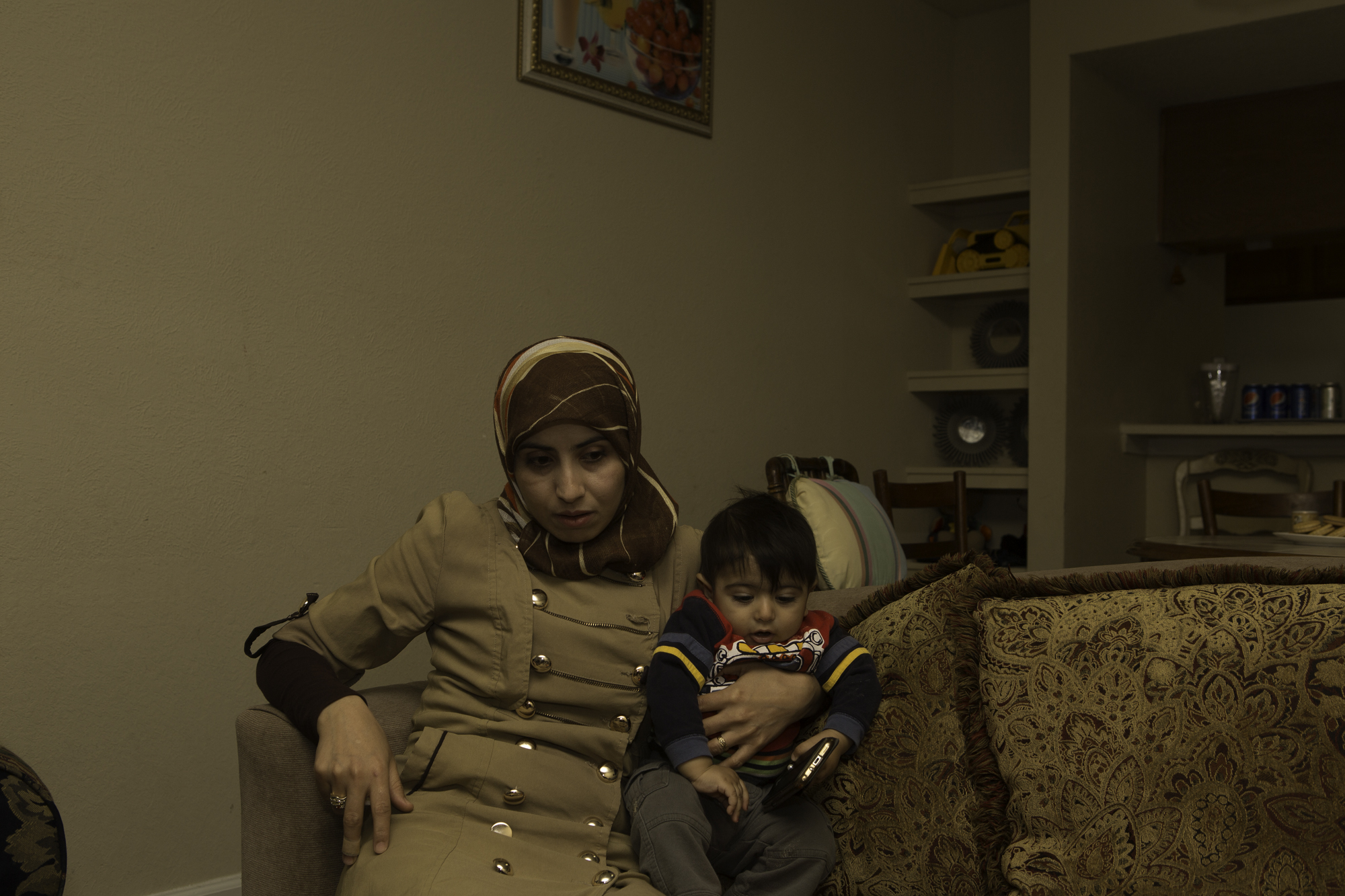 “They took my younger brothers, blindfolded them, and tied their hands behind their backs. The soldiers asked them questions about whether they were part of the opposition, beating my brothers with the butts of their shotguns every time they would answer,” Sanaa looks visibly pained as she remembers.

She and her children watched this unfold – they were taken to another room, and made to listen to the wailing and the screaming. Boys over 18 were told it was time for conscription, the names of family members and their details were demanded by the violent intruders in her home.

“We lived it for two years,” she says, visibly pained, “but we just couldn’t take it anymore. My sister-in-law was one of those killed. She died, and left five kids behind.”

With little choice left, it was time to leave. They jumped in the car and made their way to Jordan to seek refuge.

“In Jordan we stayed for a little over three years”, Ibrahim tells me, jumping in as Sanaa plays with her wide-eyed son. “Life in Jordan was difficult for us.”

The other kids are at school when we meet, but it was their now eight-year-old son who they worried about most throughout their time in Jordan. The family arrived when he was five, and having been diagnosed with autism shortly before being forced to flee, it quickly transpired that the Jordanian authorities weren’t able to provide the support he so desperately needed.

They went to various organisations to see if anyone would help him, but nobody volunteered. 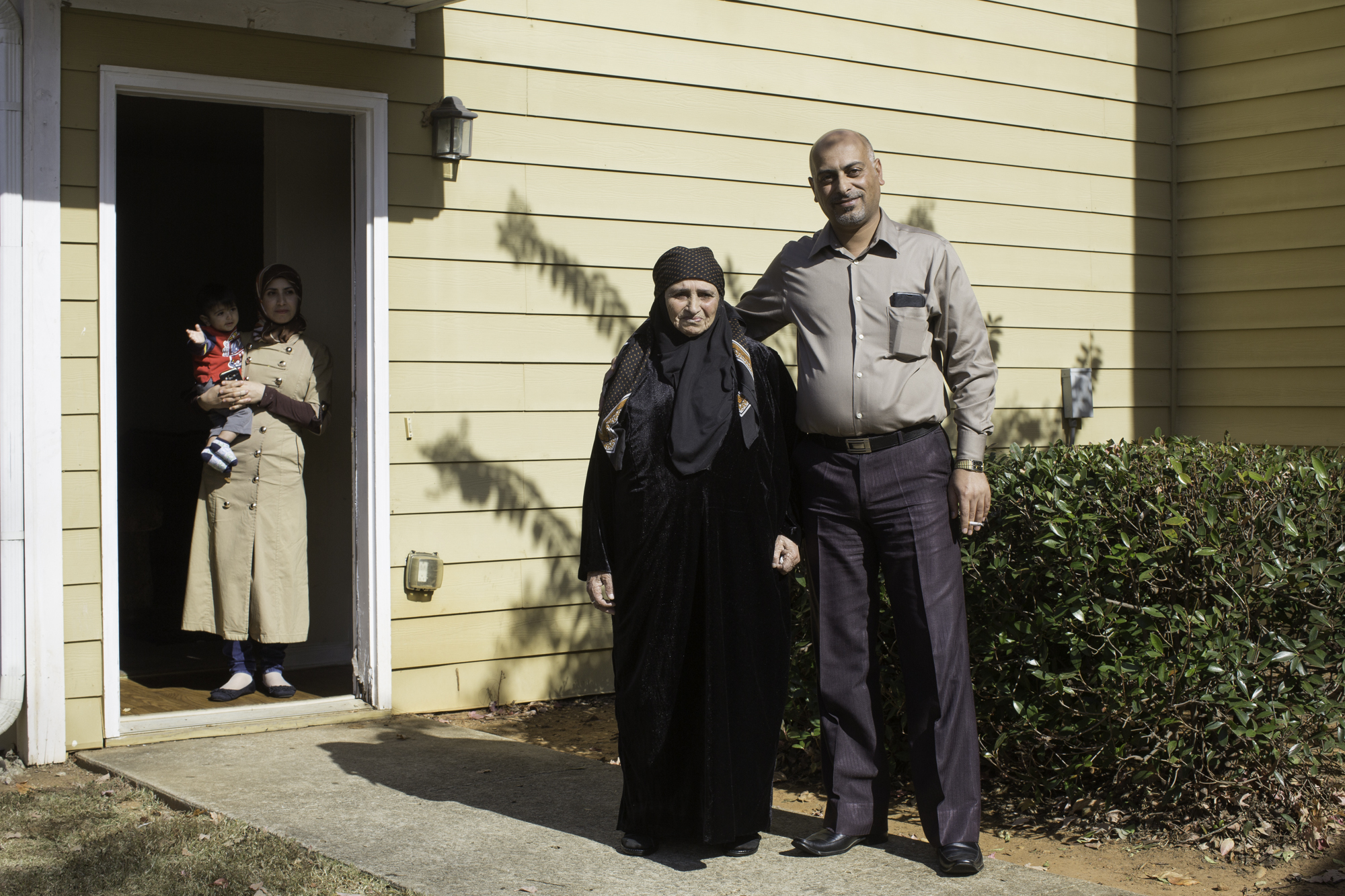 “The Jordanian government put restrictions on refugees that prevented us from working,” Ibrahim sighs. “Jordan in and of itself isn’t a wealthy country, it was hard for them to accommodate this number of Syrian refugees.” It was the United Nations who organised their move to America, a process that took years to complete.

Ibrahim and Sanaa are by now more conformable in my presence, I pull out a pack of M&Ms for the toddler but Sanaa laughs and ushers them away.

They seem calm, relaxed and happy in their community, despite the political climate. Many people feel uneasy about a Trump Presidency, but arguably those with most to fear are Muslims and refugees; and this family are both.

I ask how they’re settling in.

“When we came here life was more comfortable,” responds Ibrahim. “There are laws and regulations that exist. We are allowed to work, to resume our regular lives, to seek help for our son, our kids go to school.”

“In my experience the American people are nice, are kind, are friendly towards refugees.”

Ibrahim’s experience is reassuring, but reports of hate crime across the country since Trump’s election are not.

Sanaa talks of going to the hospital, to school, the farmer’s market, and of smiling faces and welcoming greetings whenever she visits. It’s a relief to hear, but in Clarkston, with its immigrant community this is what you might expect. I can’t help but utter the words, “Donald Trump”.

Ibrahim looks at me, and much to my surprise he smiles. “I feel like it was a publicity stunt. I feel like once Trump is in office what he says won’t be acted upon, because in America there is law and order above all else.” It’s an optimistic outlook, one that not everyone shares.

Just this weekend Trump reaffirmed his commitment to attacks on immigration: the wall with Mexico is still in the pipeline (although it might now be a fence), deportations could soon get underway. He’s appointed, well, Steven Bannon, the a white nationalist former head of far-right Trump cheerleader Breitbart News.

For the first time since I arrived Aesheh, the grandmother, leans in to talk, looking at me briefly before speaking. “If Trump stands by what he’s said, and this happens, the American people will also be hit,” she tells me. 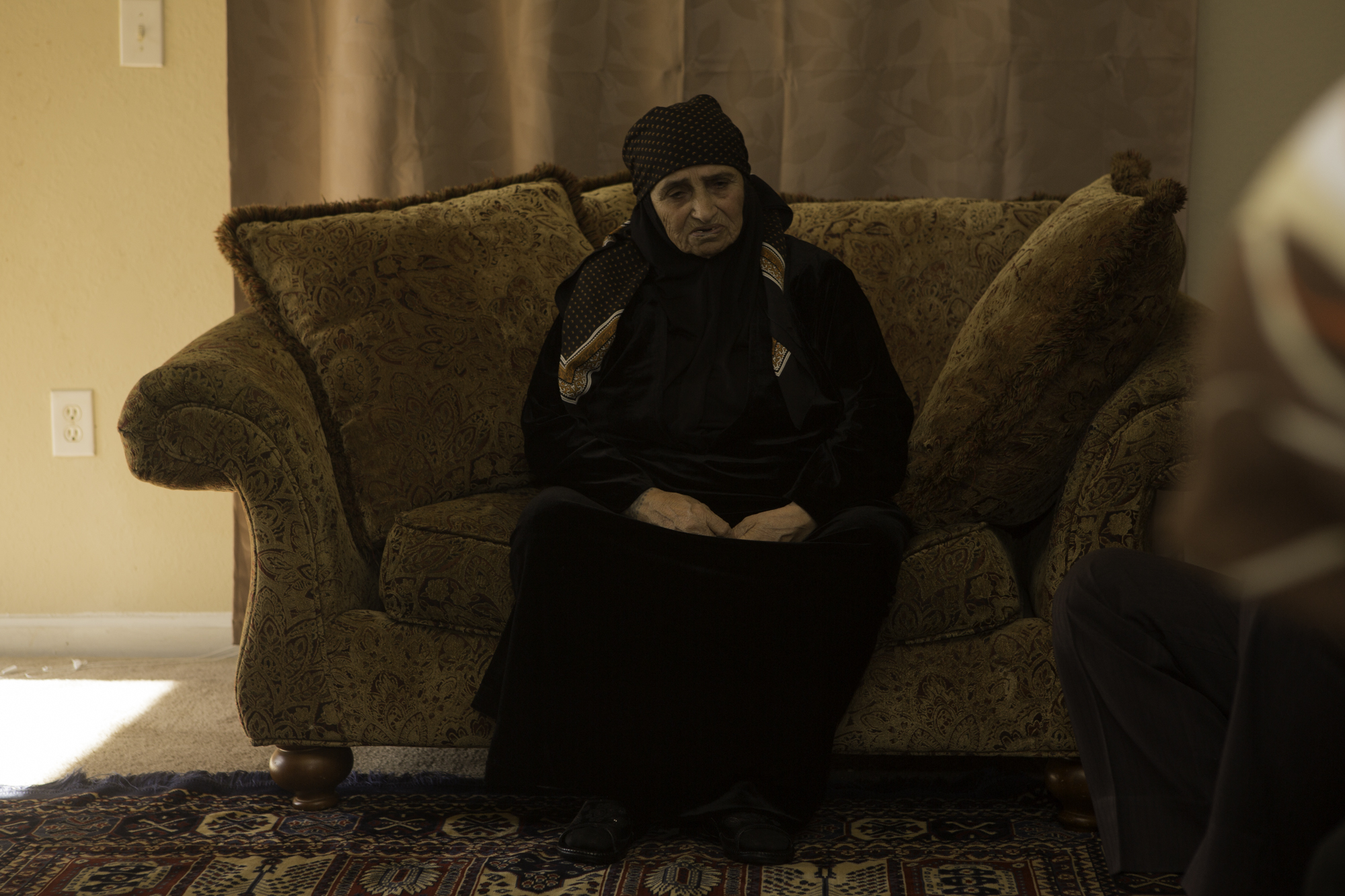 “If Trump is able to get away with what he said during the campaign, he will create divisions among Americans based on race, religion, class, culture. Rather than advancing America, it will go back.” For a moment we all sit in silence, Aeshah, buoyed on by her new audience, continues.

“If this happens, we’re going to be hit, but so will everyone else. This is why I feel so strongly that the American people won’t allow Trump’s plans to happen. We don’t want America to go back to the times when there was such hate.” I sit, listening carefully as she talks of Americans growing up with values, being non-violent.

“Perhaps people voted for Trump because there was no alternative,” she suggests. “The Democrats were in power for eight years, and during that time there were problems here, especially with politics abroad.”

“Even those who voted for him didn’t necessarily agree with everything he said.”

It’s an optimistic outlook, one that will be partially confirmed later that day when I head out into the red heartlands of Southern Georgia to hear from Republican voters first-hand. But at the same time it doesn’t entirely resonate: Trump was unwavering in his preaching of hate. 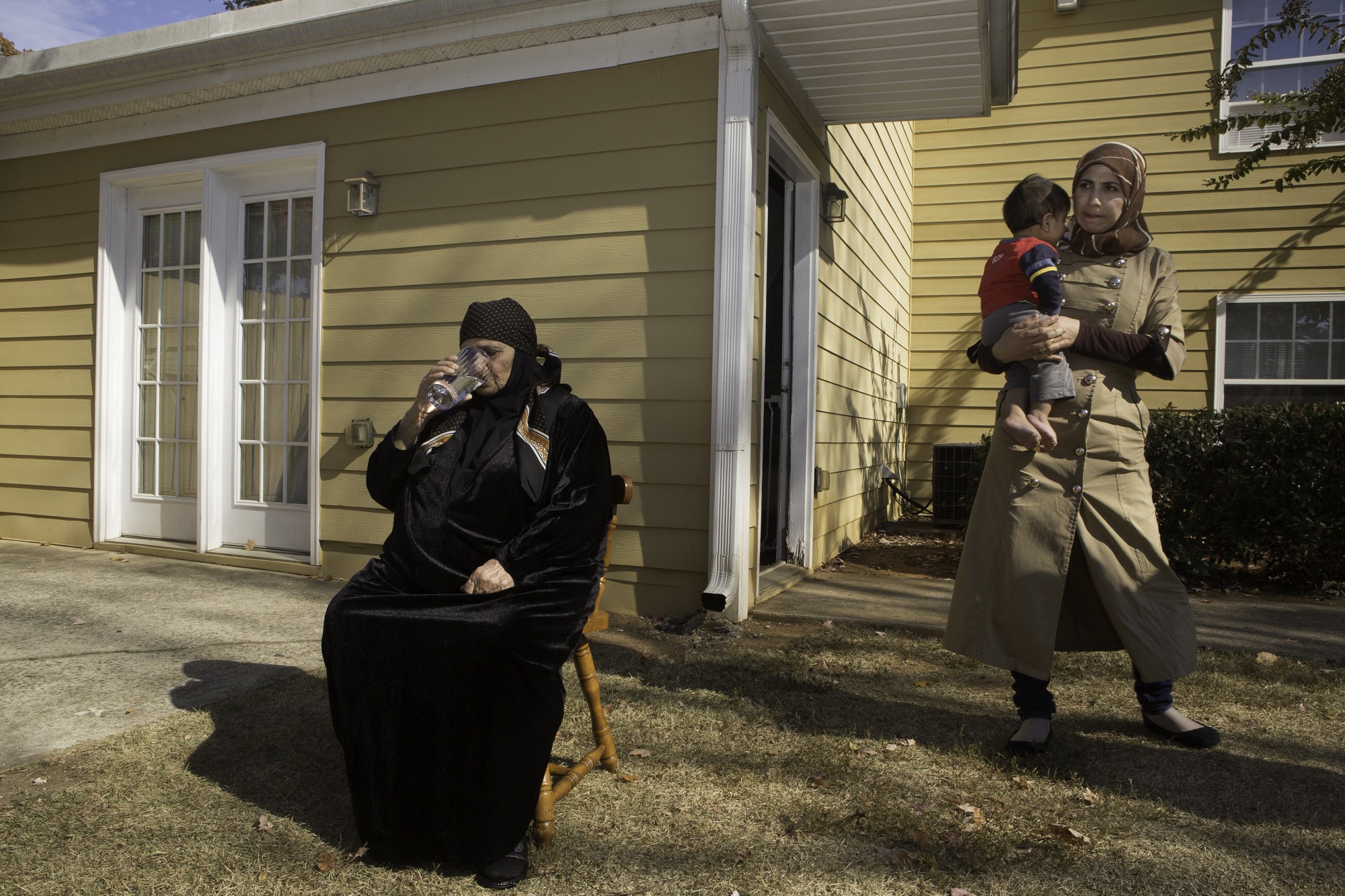 Sanaa jumps in, noting that I’m sat, looking torn. “We knew that coming here was the future that our son needs when we were in Jordan: he’ll get support, he’ll get education, he’ll do better in life.”

Sanaa says that she’s hopeful. They’ve had a lot of help here from their community since arriving, the children get education in public school, they have food stamps to eat, medicaid for health, unlike in Jordan here they can work.

“Right now there are no limits,” she reflects, as I start to pack up my things to leave. “When you’ve been through what we have, there’s no point worrying too much about what might be, what’s in the future – it’s about embracing and living in the now.”

“Right now America offers us a future,” she smiles warmly. “That’s how I see it. I have to.”

“I have such high hopes for the American people,” Ibrahim states firmly, as we shake hands goodbye.  “They won’t let these backward ideas come to fruition.”

As I jump in the car destined for the heart of Trump’s America, I hope with all my heart that he’s right.

Linkedin
RELATED ARTICLES
OTHER ARTICLES
Photojournalist Fiora Garenzi spoke with people still living in Eastern Ukraine, an area which seen some of the heaviest fighting since the war began.
With the UK now set to run out of vaccines, people working in the sex industry – particularly outside of major cities – have been left especially vulnerable, reports Brit Dawson.
Yesterday, rail workers came together to protest poor pay, working conditions and job cuts in their latest round of strikes.
A series of photos by the late Jerry Dantzic taken in 1957 show a tender side to the iconic Jazz musician.
Steel City is often overlooked when it comes to the country's cultural radar despite its role in shaping electronic music.
The author discusses her new memoir, which offers a sobering reflection on the racism and otherness she’s experienced along with a joyful celebration of her culinary heritage.