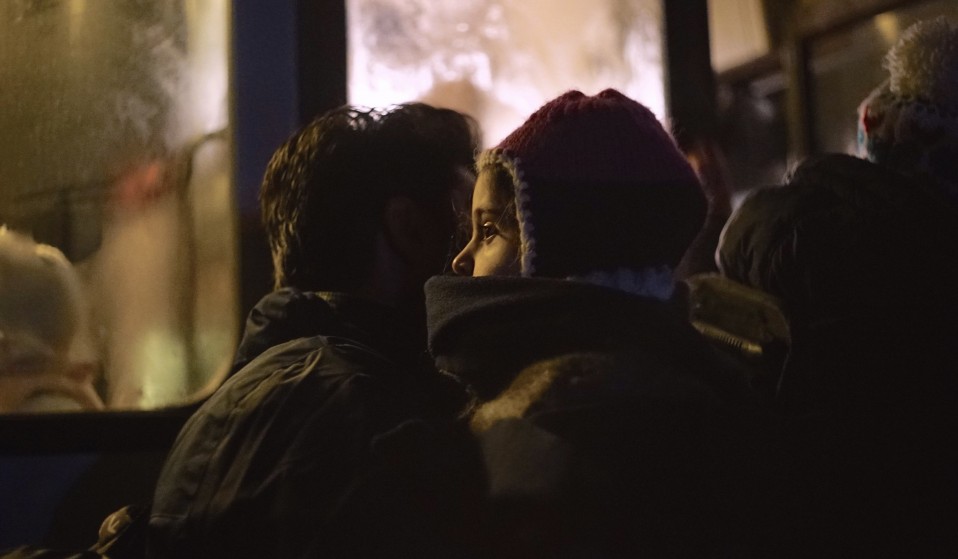 Turkish authorities are illegaly forcing refugees back to Syria.

New research by Amnesty International finds Turkish authorities are forcing Syrian refugees back to the war-torn country, breaking EU and international law. With a new EU agreement to see refugees arriving in Greece returned to Turkey set to take effect as early as next week, it's time for action.

As the deadly war in Syria continues to rage on, with hundreds of thousands dead and counting, the humanitarian crisis facing refugees in Europe shows no signs of abating.

For the millions of Syrian being driven from their homes, desperately seeking safety, crossing the border into Turkey is hoped to finally see them find sanctuary. But large-scale forced returns of refugees from Turkey to war-torn Syria expose the fatal flaws in a refugee deal signed between Turkey and the European Union earlier this month, Amnesty International revealed today.

New research carried out in Turkey’s southern border provinces suggests that Turkish authorities have been rounding up and expelling groups of around 100 Syrian men, women and children to Syria on a near-daily basis since mid-January. “These returns have been regular, as much as daily, and have been going on for weeks,” Andrew Gardner, Amnesty’s Turkey Researcher told Huck from Istanbul. “If you out that together that’s thousands of men, women and children.”

Over three days last week, Amnesty researchers gathered multiple testimonies of large-scale returns from Hatay province, confirming a practice that is “an open secret” in the region. Any forced returns to Syria are illegal under Turkish, EU and international law.

The publication of the findings comes a day after reports of Turkish border forces shooting refugees dead as they flee the conflict in Syria.

“In their desperation to seal their borders, EU leaders have wilfully ignored the simplest of facts”, said John Dalhuisen, Amnesty International’s Director for Europe and Central Asia. “Turkey is not a safe country for Syrian refugees and is getting less safe by the day.”

“The large-scale returns of Syrian refugees we have documented highlight the fatal flaws in the EU-Turkey deal. It is a deal that can only be implemented with the hardest of hearts and a blithe disregard for international law.”

The EU-Turkey deal paves the way for the immediate return to Turkey of Syrian refugees arriving on the Greek islands, on the grounds that it is safe country of asylum. EU officials have expressed the hope that returns could start as soon as Monday 4 April. Amnesty suggests that it’s “highly likely” that Turkey has returned several thousand refugees to Syria in the last seven to nine weeks alone.

“If the agreement proceeds as planned, there is a very real risk that some of those the EU sends back to Turkey will suffer the same fate,” John Dalhuisen continued.

Researchers on the ground have uncovered shocking stories, including one case in which three young children were forced back into Syria without their parents, another forced return was of a eight months pregnant woman.

“We’ve heard that 150 people have been sent back in the last 24 hours”, Gardner explained, having just returned from the border. “Another 500 people were sent back earlier this week, including a mother, forced to leave her breastfeeding child in Turkey.”

“These are appalling cases.”

Amnesty’s recent research also shows that the Turkish authorities have scaled back the registration of Syrian refugees in the southern border provinces – meaning access to basic services is unavailable.According to Syrian refugees in the border province of Hatay, some people attempting to register have been detained and forced back into Syria, together with refugees found without their registration documents.

There are currently around 200,000 displaced people within 20km of Turkey’s border. According to humanitarian aid groups as well as camp residents, conditions in camps close to the border are abysmal, without clean water or sanitation. Andrew Gardner explained to Huck that despite multiple attempts, Turkish officials have continually refused to meet with Amnesty.

“When we released a report in December that showed these forced returns were taking place, the Turkish authorities denied it was happening.”

“It’s clear that Turkey isn’t safe for refugees to go back to”, continued Gardner.  “It’s becoming increasingly unsafe. The implementation of this illegal deal can’t go ahead in these circumstances – it would be completely immoral.”

Linkedin
RELATED ARTICLES
OTHER ARTICLES
Protestors gathered outside Downing Street following the latest atrocities committed by Israel against Palestinians living in the besieged strip.
One year on from the fall of Afghanistan to the Taliban, Tiara Ataii speaks to those who have been forced to make the treacherous journey to Europe for safety, and the barriers and horrors they have faced.
An abortion storyteller talks about the termination of her pregnancy and the harassment she’s received for sharing her story online.
In the latest instalment of Photographers in Conversation, the creator talks portraiture, platforms and taking inspiration from Little Simz.
Danny Burrows discusses his new series of images documenting an pacifist anabaptist community who lead an alternative way of life.
Susan Pektaş’s new photo series delves into multiple cultural layers of the region with a touch of personal mysticism.