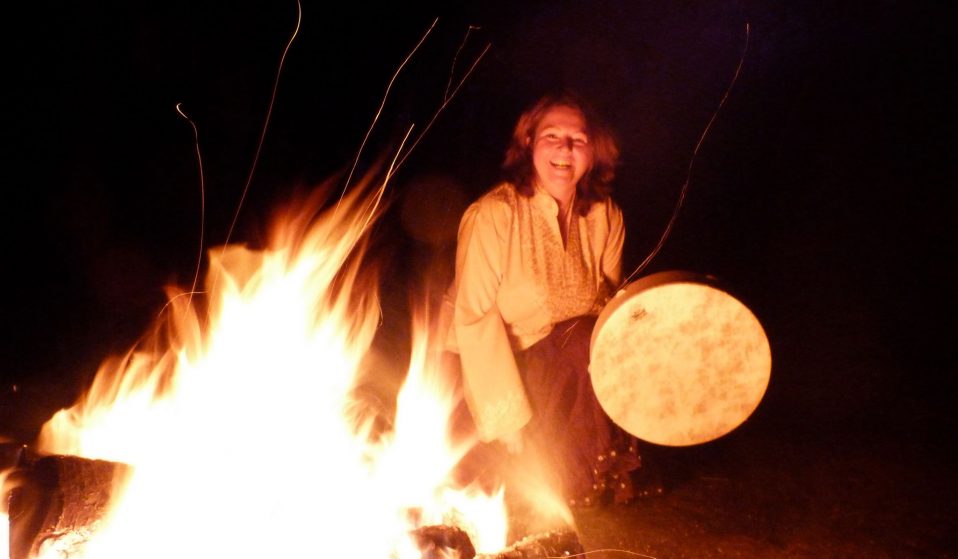 Scotland's shamanic community claims that human mistreatment of the planet caused the pandemic, and some say they have the power to heal the virus.

Scotland's shamanic community claims that human mistreatment of the planet caused the pandemic, and some say they have the power to heal the virus.

Jae was coughing dark specks of blood. He had been symptomatic of coronavirus for twelve days. “I was gasping for air. My lips were blue,” he says. The 29-year-old tarot card reader made repeated calls to the emergency services, but says he was told to stay quarantined at his flat in Cowdenbeath unless his situation deteriorated further.

At a loss, Jae contacted his friend, Susan Galloway, a shamanic practitioner who lives in neighbouring Kinross, asking her to send some “light” his way. Instead, Susan said she would perform a “distance healing” on him. “I was at a point where anything is better than sitting here coughing up my lungs,” recalls Jae.

“Get yourself comfortable,” typed Susan to Jae over Facebook messenger. “I am going to start the healing ceremony.” She says she opened a sacred space, in an attempt to remove the virus from his body, with the help of her trusted spirit guides.

As Susan began to journey into the spirit world, with the help of her drum and rattle, Jae, ten miles down the road, slipped into a trance. “I could hear her all around me and inside my body,” he remembers. “I knew that what I was hearing was beyond my physical being.”

Susan says she “created a channel” to release the virus from Jae’s chest. Thankfully, he felt no discomfort or pain during the process: “It made me take a deep breath, the deepest breath I could possibly take for what felt like five minutes,” he says. “It felt so fresh, so clean, so pure.”

Since lockdown, Susan has been forced to ‘heal’ her clients virtually, but the ritual she performed on Jae is one steeped in history. “Shamanism covers a whole spectrum of beliefs,” explains Ronald Hutton, a historian specialising in British folklore, contemporary Paganism and witchcraft. “To some, the definitive characteristic is that shamans exert control over the spirits with whom they work, while to others it is the ability to undertake a personal journey into an alternative reality and accomplish tasks there,” writes Hutton in his book, Shamans: Siberian Spirituality and the Western Imagination. 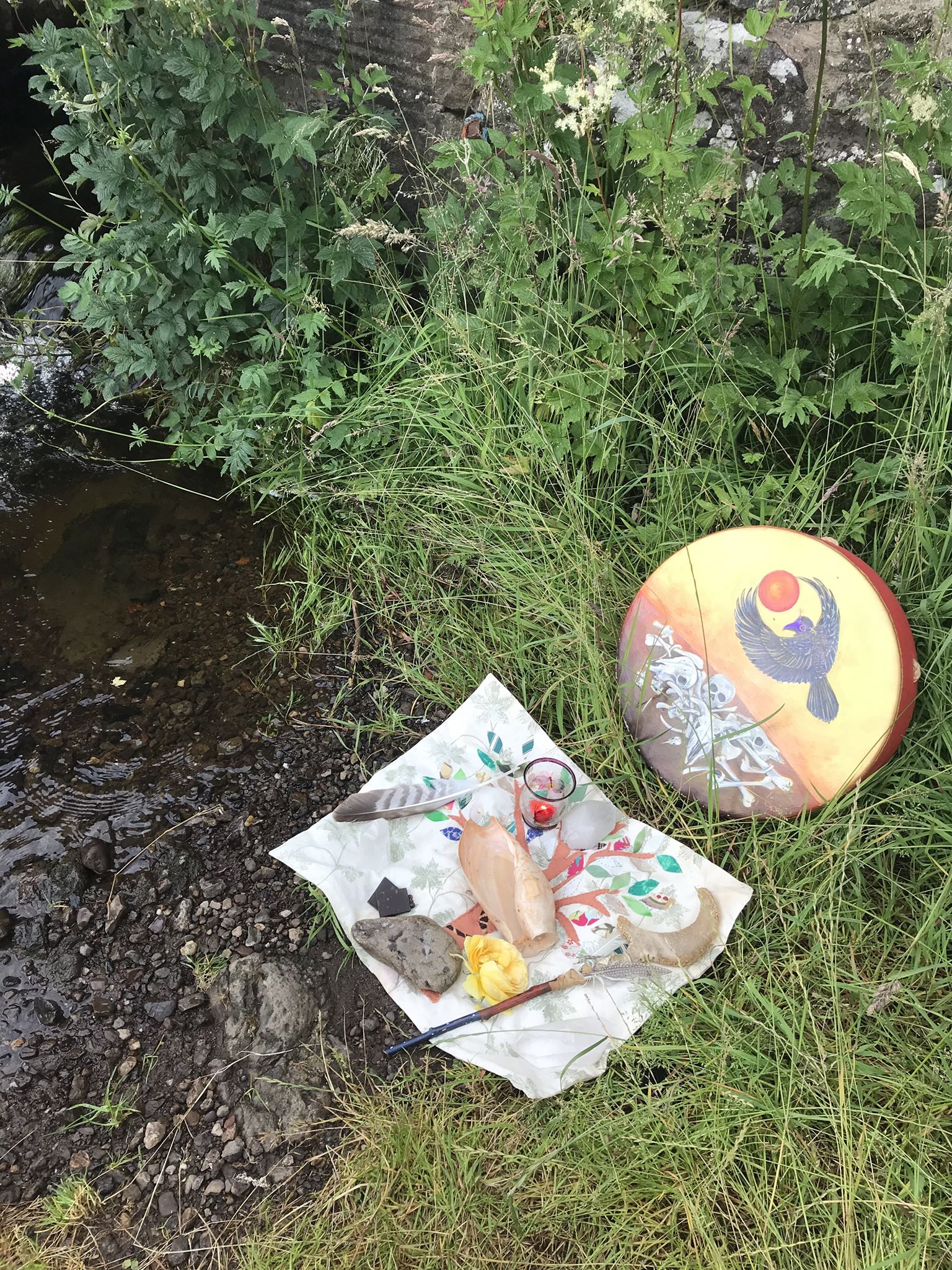 Hutton says that Celtic shamanism practiced today is “a wholly legitimate reimagination of medieval beliefs” once held in the British Isles. Practitioners like Susan make extensive use of percussion instruments to access the spiritual plane, where they work with spirit guides and ‘power animals’, or ‘spirit animal’ which will supposedly lend its wisdom and power to try to heal people

It is unclear exactly how many practitioners there are in Scotland. Fotoula Adrimi, a Shamanic practitioner and co-director of Glasgow’s ISIS School of Holistic Health, thinks there are “a couple of thousand, or even more.”

Most Scottish adherents of shamanism prefer the label ‘shamanic practitioner’ to ‘shaman’, believing the latter to be more appropriate for indigenous spiritualists of South America and Asia. A small number of them practice full-time, charging clients for services such as ‘soul retrieval’, ‘extraction’ and ‘de-possession’. They also earn a living by teaching others how to ‘journey’ to meet their own spirit guides, organising workshops, and medicine walks.

Susan works Monday to Wednesday at a university offering professional coaching and leadership courses. Her shaman side-business has taken a knock due to COVID-19 restrictions. “My work is usually face-to-face, however, there has been some distant work and I’ve been using the time to connect more deeply with myself,” she says.

Others shamans have reduced their activity or moved their business online. Usually, clients would visit Fotoula, a former urban planner with Glasgow City Council, from Singapore and the United States. Since then, she has been forced to help clients access the primeval power of the spirit world through drum circles on Zoom.

In May, she organised a virtual event to help around 20 people, mostly Scottish women, connect with their power animals. “In shamanism, there is an unlimited life force in the universe. This manifests in a different way for each person,” she explained to a captive audience. 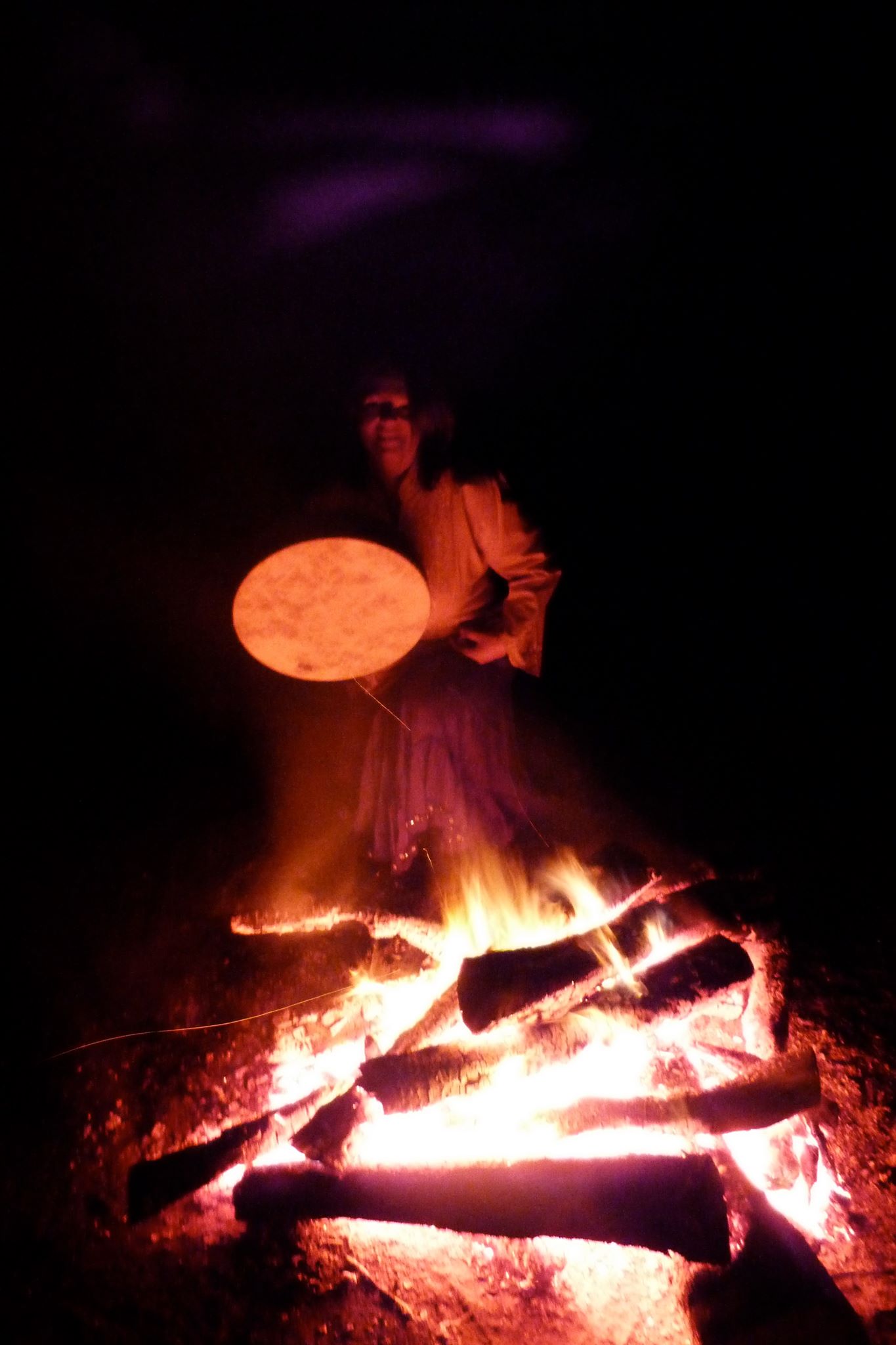 As they adapt to the current circumstances, many shamanic practitioners maintain that COVID-19 is Mother Nature’s way of rebalancing the planet. “In shamanism, we try to take a bigger perspective,” says Fotoula. “The sickness that we are experiencing is part of a bigger sickness facing the human tribe. We are sick because we are not in living harmony.  We are creating sickness around the Earth by polluting it and not being kind to each other.”

Like Foutala, Maggie Rice – a practitioner from Falkirk who goes by the moniker ‘Bluebird’ – blames the current pandemic on deforestation and wider environmental degradation. “We are taking away the lungs of the Earth and now we are suffering lung problems,” she says. “As we poison and pollute the waters we are poisoning and polluting our blood systems. The Earth is a living being and this pandemic is its message,” she says.

There is some weight to the shamanic claim that human mistreatment of the planet led to the outbreak of the pandemic. Summarising a United Nations report on preventing the next pandemic, the organisation’s executive director, Inger Andersen, said: “The science is clear that if we keep exploiting wildlife and destroying our ecosystems, then we can expect to see a steady stream of these diseases jumping from animals to humans in the years ahead.”

Susan believes that society is too quick to challenge shamanism’s “ancient wisdom” and says that its methods could be used alongside contemporary medicine to engender a more holistic healthcare approach. “The same people who dismiss it use medicines derived from plants where the scientists were advised by Peruvian shamans. Shamanism itself is the earliest form of spirituality, with the evidence going back over 40,000 years,” she says.

Jae agrees that the wider public would benefit from “old forms of healing” and the “shamanic way”. He says he would not have undergone his brain surgery in 2018 and instead opted for shamanic healing had he known it was possible to, as he describes it, “energetically enter someone’s body and remove a dark mass”.

But Fotoula is adamant that shamanic healing should not replace the medical profession altogether. “I tell people to go to the hospital. I think it would be incredibly irresponsible to tell them not to go,” she says. “Even shamans fall ill. We are all healers.”

Linkedin
RELATED ARTICLES
OTHER ARTICLES
A new exhibition brings together 150 works by twelve photographers, offering mesmerising and intimate depictions of life.
The photographer reflects on a decade which saw the rise of MTV and the flourishing of new genres.
A campaign led by ex-torture survivors and refugee organisations has left the Tories with no planes left to carry out their callous scheme.
Shaunak Sen discusses his documentary chronicling an ad hoc hospital’s efforts to protect the city’s birds of prey.
The hate Just Stop Oil faced after throwing soup over a Van Gough painting has been immense. Here, they explain why it won’t deter them.
SOAS Detainee Support detail the appalling conditions they witnessed at the dangerously overcrowded immigration centre in Kent.