News & Politics / Why incel ideology is spreading through UK universities 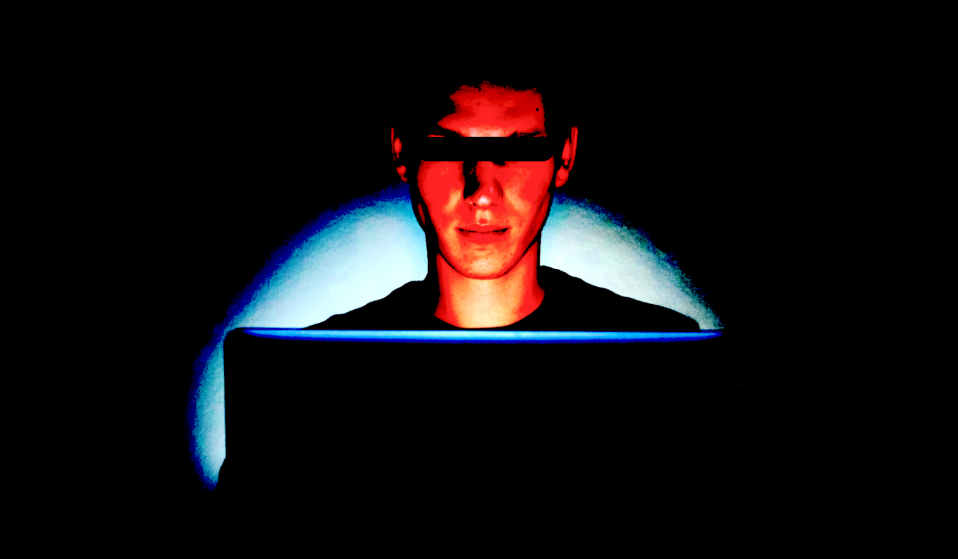 Incel ideology is on the rise among young men in the UK, and universities’ failure to tackle misogyny could be fuelling its spread.

Incel ideology is on the rise among young men in the UK, and the prevalence of hook-up culture among students coupled with universities’ failure to tackle misogyny could be fuelling its spread.

Tom* is a 24-year-old mature student at a UK university who identifies as an incel. “I really got into the incel community online at university over lockdown in 2020 when I was at my rock bottom,” he explains. “I didn’t have any friends to call or check up on me, and my uni room began to feel like solitary confinement. But finding communities of people who felt the same way as me was my lifeline.”

Incel (a portmanteau of the terms ‘involuntary’ and ‘celibate’) communities are predominantly filled with young men who have been unable to have the romantic or sexual experiences they desire. But far from being communities of support, these online spaces function as echo chambers for men to vocalise their hatred of women and society.

The incel movement has once again been thrust to the forefront of cultural discussion following the mass shooting carried out by a Plymouth man who was avidly involved in incel communities. (It’s worth noting that not all of the incel subculture is violent: Tom, for example, claims: “I would never want to hurt anyone; I stay away from any discussions of violence.”)

Tom is just one example of the growing number of young men who appear to have become more heavily involved in the incel movement while at university. “A lot of young men at university turn to this movement as they forget how much growing up the people our age have to do,” he says.

In the US, the most notorious incel university student, Eliot Rodger, killed six people in an attack motivated by his hatred of women who’d rejected him near the campus of University of California, Santa Barbara. According to his 107,000-word manifesto, Rodger had planned on targeting the “hottest sorority”. A year later, Chris Harper-Mercer fatally shot eight people at Umpqua Community College, citing Rodger as an inspiration in a series of writings that detailed his frustrations as a virgin and his animosity towards Black men. The incel movement has not yet been linked to any physical acts of violence on a UK university campus.

In a paper titled “An Exploration of the Involuntary Celibate (Incel) Subculture Online”, it is suggested that the microcosm of dating, drinking, and young adulthood in universities only exacerbates the loneliness that attracts some young men to the movement. “Members of online incel groups engage in rhetoric that may reflect normative anxieties among young men transitioning into adulthood,” the paper’s authors suggest. They propose that while a lot of young adults at university are beginning to look at settling down and forming long-term romantic relationships, incels feel excluded from being able to do so.

On top of this, at university, meeting a wide variety of potential sexual partners is arguably easier than ever before, whether it’s through dating apps, clubs, societies and courses. Indeed, many students have their first sexual experiences at universities. Because of seemingly easy access to intimacy, this may leave young men who struggle to find romantic or sexual partners feeling all the more lonely and frustrated.

“I feel anger a lot of the time at hookup culture and society in general,” says Tom. “When in-person events at uni started up again, it only confirmed a lot of my worries. I would put myself out there and get blanked… It’s dehumanising.” For Tom, lockdown, which saw many students forced into isolation, intensified his resentment towards women, and he’s certainly not the only young man to display these types of views. In fact, a 2020 survey found that half of young men in the UK now believe that feminism has “gone too far”.

Another possible explanation behind the prevalence of misogyny and the creep of incel beliefs in universities lies in the substantial mishandling of abuse reports. Lucy*, made a complaint to the University of Sussex, where she is a student, after discovering that some members of the men’s rugby team had created a group chat in which they made comments about wanting to sexually assault women who had rejected their advances.

“Although I’m not sure what online subcultures they may have been a part of, the messages clearly showed that they felt entitled to sex and seemed very angry towards the women who’d rejected them,” she tells Huck.

“When I initially approached the Student Union advice team, I was given completely false information regarding my right to appeal should I disagree with the outcome. They eventually apologised, but I had to find the information myself from the Sussex SU’s website… It seems that the university doesn’t take misogyny as seriously as it would appear on their website.”

The University of Sussex has previously been condemned for their handling of sexual and domestic violence. This includes an incident in which a lecturer convicted of battering his student girlfriend remained employed at the University. In another instance, the University took well over a year to finalise a rape investigation, despite obtaining a written confession from the perpetrator over email.

In response, a University of Sussex spokesperson said: “We have zero tolerance for any form of violence, abuse or misconduct and will always take seriously any report made to us. Our new Report and Support tool is designed to remove any barriers to people coming forward and we are strongly encouraging our community to use it, anonymously if they prefer.”

Rachel*, age 22, is a recent University of Oxford graduate, who says there was a group of young men who identified as incels in her college and would deploy much of the same terminology associated with the movement (such as ‘blackpilling’, ‘Chads’ and ‘Staceys’, and ‘lay down and rot’). Rachel learned that this group would meet up in person to debate different “problems”, such as the “behaviour” of girls in their year group. “The more they were made fun of, the more confident they were in their beliefs, and they became more insular,” she says.

One ‘debate’ took the form of a discussion about who was the “biggest slut in the year”, in which Rachel and a friend were named. Like Lucy, Rachel says that when she tried to inform her university about this, the reporting process failed her. “Because of the collegiate system at Oxford, you’re meant to report things to your college before the university if it involves another member of the college you’re in,” she explains.

“However, my college didn’t have a formalised reporting process – so I was told nothing could be done about this group’s behaviour several months after I brought it to staff because I hadn’t gone through the right procedure. I never bothered escalating it to university level because I knew I wouldn’t have my college’s support in that.” (The University of Oxford didn’t respond to Huck’s request for comment).

Earlier this year, in the wake of the Plymouth shooting, it was reported that the government now expects teachers to tackle the risks of incel culture in sex education at schools. A spokesperson for the government noted that “schools, universities and local authorities also have a statutory duty to protect students from radicalisation and extremist influences”. But how universities will educate students about the incel movement is yet to be known.

Objectifying women and removing them of their agency have long been aspects of our cultural malaise that urgently need addressing. Unfortunately, the prevalence of hookup culture at university means that some young men perceive sex as a ‘right’ they are owed. While incels perpetuate violence and the sexual exploitation of women to an extreme, it’s important to interrogate where these beliefs stem from and to intervene as early as possible. Otherwise, without intervention and education, we risk normalising misogyny.

Linkedin
RELATED ARTICLES
OTHER ARTICLES
Jeffrey Henson Scales intimate portraits and protest images of the BPP and its leaders offer a rare insight into organisation at a time of societal upheaval.
After fleeing the war in Ukraine, people are finding it impossible to secure affordable and decent housing in the UK.
David 'Dee' Delgado’s photo project is about honouring and uplifting the city of his youth, and a world rapidly disappearing under the relentless onslaught of gentrification.
The pro skateboarder withdrew from the 2020 Olympic Games so he could come out as trans. Now, he’s hoping to encourage others to live as their authentic selves – within the sport and beyond.
The first-generation graffiti artist reflects on the tagging’s emergence as an art form and the players who pushed the medium forward.
Zsófia Sivák’s ongoing project documents the country’s tavern culture, preserving a once defining part of rural life.