News & Politics / Why more young people are ditching their smartphones 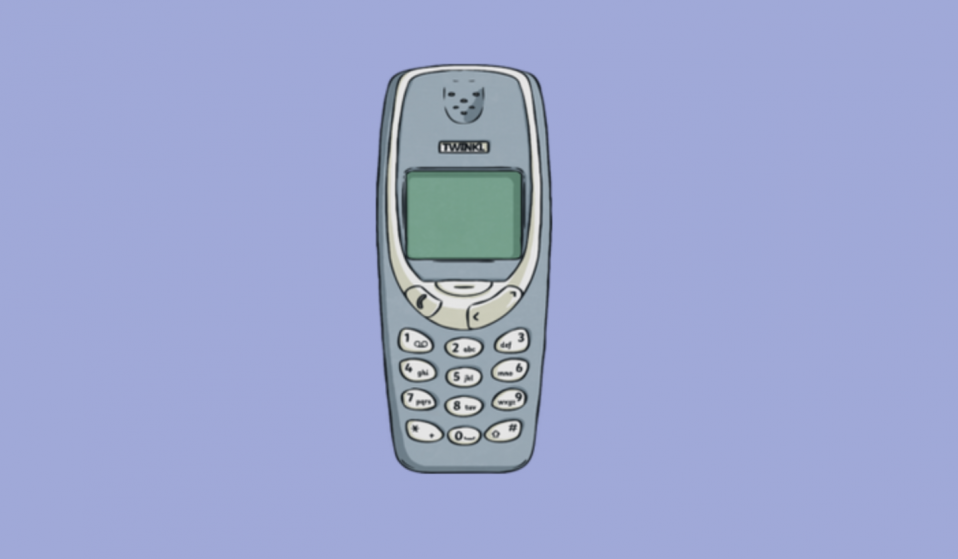 Growing numbers of Gen Zers are shunning their devices and embracing a way of life that they say is improving their mental health. But how easy is it really to kick the habit?

As Covid-19 causes people to become increasingly glued to their devices, growing numbers of Gen Zers are shunning their phones and embracing a way of life that they say is improving their mental health. But how easy is it really to kick the habit?

Eden’s smartphone broke in January 2020. While most young people in his situation would have swiftly ordered a replacement with guaranteed next-day delivery, 22-year-old Eden was in no rush to get a new phone. “I had been getting fed up with how much time I’d been wasting on it so when it broke, I didn’t get a new phone for about a month,” he tells me. “In this time, I noticed a massive improvement in my mood and freedom to think.”

He ultimately ran into difficulties when it came to trying to contact people on the go, forcing him to reconsider his phoneless lifestyle. But when he decided to finally get a phone again, he didn’t repurchase a smartphone – instead, he opted for a Nokia 130. “I also deleted most social media accounts, except for Facebook – which I use on my laptop – because it’s useful to message people and check certain pages I follow,” he says. “But I don’t crave it, or scroll aimlessly anymore.”

Eden isn’t alone in grappling with the insatiable urge to constantly scroll and consume content. Gen Z has an average weekly screentime of 29 hours, 29 minutes a week, with 48 per cent saying social media makes them feel “sad, anxious, or depressed.” Particularly during the pandemic, many found themselves slowly eroding their mental health by compulsively watching the world descend into crisis – also known as ‘doomscrolling’. With this in mind, it’s understandable that young people like Eden are quitting smartphones for good.

Jade, 23, also recently made the switch to a brick phone. “It was a ‘fuck it’ moment,” she explains. “I’d thought about making the change for years, and – embarrassingly – one night I was reading 2000s manga at 1 am, saw all the characters using flip phones, and decided to just get one. I could work out the logistics later.”

She began using a spare Nokia she owned before purchasing a Motorola V3. “I had my iPhone XR hanging around, but used it only if absolutely necessary,” she continues. “I’ve since sold the iPhone, so technically I am now 100 per cent smartphone free.”

Like Eden and Jade, Mateo, 23, also uses a brick. While he does have a smartphone, he says he always leaves it at home and only uses it for “WhatsApp and maybe to flick through the news.” Mateo’s main phone, which he’s had since the end of 2019, is a Nokia. “Not the original one,” he adds. “It’s got snake two on it.”

Eden, Jade, and Mateo may be outliers within their generation – 95 per cent of Gen Z currently own a smartphone – but they’re part of a rapidly growing movement towards a society that is much less ‘online.’ In 2018, brick phone sales rose by five per cent – the first rise in years. The “burner phone challenge,” where users attempt to live without social media for a week, is currently garnering millions of views on TikTok. Writing for Wired last month, journalist Hussein Kesvani predicted that in years to come, “we will see more people leave public platforms entirely, sticking instead to small communities and friendship groups on more private platforms”. Eden, Jade, and Mateo are potentially ahead of the curve with their pared-down approach to social media.

“As a consequence of the pandemic, many of us will spend more time using our online social networks,” says Dr. Daria Kuss, associate professor at Nottingham Trent University, an expert on the psychological effects of internet and technology use. “Our online social networks and smartphones have become a window to the world in a time of significant restrictions of our everyday freedoms.” As studies show that there’s a correlation between high screen times and depression and anxiety, it’s no surprise that as lockdown lifts, many of us are now reevaluating our relationships with our phones.

Eden certainly feels as though he’s made the right decision to ditch his smartphone. “Initially, it was to stop wasting time on social media, but after my phone broke I realised that it was affecting my mental state a lot more than I was aware of,” he says. Eden also found that there’s another bonus to using a brick: “I save a lot of money too. My phone cost £12 on eBay and I’m on pay-as-you-go for 1p a minute and 1p a text.”

Mateo says he kicked his smartphone habit to reduce the number of distractions in his life. “Now, when I’m waiting for something or walking, I’ve got so much time to think. It’s helped me be more comfortable with my own thoughts,” he says. “And I didn’t realise that that’s actually something you’ve got to train yourself to do.” Eden feels similarly: “I actually enjoy the moments now where I have nothing to do and just think, rather than worry about everything going on online.”

Dr Kuss agrees that switching to a brick phone could improve your mental health. “Brick or burner phones have significantly reduced functionalities in comparison to smartphones and will therefore only engage users for limited time periods, primarily for goal-oriented tasks, such as making phone calls and writing simple messages,” she says. “This frees up extra time to spend with family and friends, and engaging in recreational activities, which boosts mental health and wellbeing.”

But naturally, there are drawbacks to being without a smartphone in 2021. It’s hard to tear yourself away from addictive apps, but it’s even harder to navigate the 21st century without constant access to things like Google Maps, Uber, or WhatsApp. Arguably things are even more difficult now due to the pandemic, with smartphones required to do anything from order a pint to ‘check in’ to a venue. But how complicated is it really to switch to a brick?

Eden says that it’s sometimes a struggle to be out and about without maps, but adds that at least his sense of direction has improved drastically. (There is a whole body of evidence to suggest that humans can lose their natural navigation skills if they aren’t used enough). Both Eden and Mateo admit that the only real drawback, for them, is not being able to take photos as easily.

Jade acknowledges that having a phone might become more of an issue post-lockdown, particularly with regards to personal safety once nightclubs open up again. But in the meantime, things are mostly fine. “Most of the awkwardness of losing instant connectivity can be sidestepped, though, with a little bit of planning. For example, if I only take my flip phone to the pub, I ask my friends to buy my drinks for me on the app if they can,” she says.

Overall, it appears as though switching over to a brick phone is a lot less hassle than most people would assume. Little inconveniences like having to order drinks on a friend’s phone or going without Google Maps are apparently small fry compared to the mental health benefits of switching to a burner. Eden, Jade, and Mateo unanimously agree that they feel much better – Eden, in particular, says he feels “a million times better” – having left smartphones behind.

“At first it can be a bit scary in the open world without the crutch of constant connectivity,  but you get used to it in the end,” Jade says. “And besides, you never know if you’ll like it unless you try it.”

Linkedin
RELATED ARTICLES
OTHER ARTICLES
Alternating between colour and black-and-white, the photographer chronicled sexual liberation, economic crises and the repercussions of the war in Vietnam.
A new exhibition is marking the photographer’s 100th birthday with a look back at his extraordinary career.
As the cost of living crisis bites, letting go of treats to keep us going is proving difficult – but we should’t just blame ourselves for our financial worries.
Meg Handler’s photos capture diverse groups of New Yorkers coming together for the collective cause of civil rights.
The photographer describes taking inspiration from Magnum photographers to craft an intimate and revealing portrait of the city.
Jack Lueders-Booth reflects on capturing the community that lived and worked along the city’s busiest railway route during the 1980s.