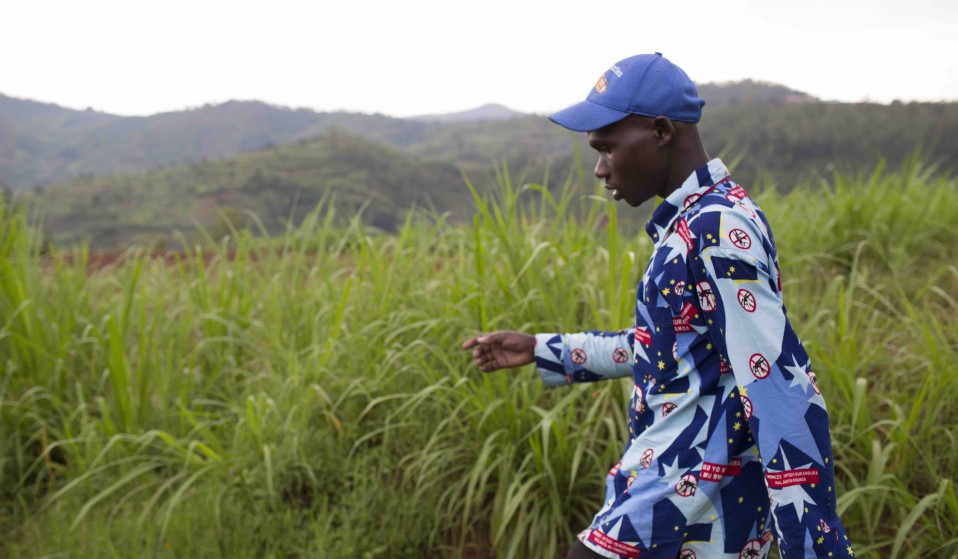 Rwanda’s health system overcame an AIDS epidemic after the 1994 genocide to become a shining example of success for developing countries worldwide.

After near total destruction during the 1994 genocide, Rwanda’s health system overcame an AIDS epidemic to become a shining example of success for developing countries across the globe.

Amid the patchwork of small landholdings that cover Rwanda’s famed rolling hills, life takes on its own pace. Outside the village of Mushishivo, Theoniste Rubarura is making his rounds, walking from hut to hut to check in on his patients. He’s wearing the distinctive anti-mosquito uniform of Community Health Workers, the backbone of Rwanda’s health system in rural areas.

Rwanda’s 1994 genocide, when a million people were killed in a hundred days, still casts a shadow over the country. When the Hutu majority tried to wipe out the Tutsi minority, the violence unleashed left Rwanda in ruins and it became the poorest country in the world. Rape was used as a weapon of war, which contributed to an AIDS epidemic which posed major challenges as the country tried to rebuild. But over the intervening decades Rwanda has risen like a phoenix from the flames, achieving the greatest progress on the United Nation’s Human Development Index.

The health system has become a shining emblem of its recovery, achieving near universal coverage and treatment rates for diseases such as tuberculosis and AIDS that put wealthy countries of the West to shame – and all this in a nation that, despite huge progress, remains one of the poorest in the world. Fifteen years ago, the AIDS epidemic was a major destabiliser, but when the international community stepped up and released huge funds through the Global Fund and PEPFAR, Rwanda used the help to build infrastructure and expertise – allowing it to double life expectancy since 1994.

Theoniste was elected by his village to become one of 45,000 volunteers trained to provide essential health services, such as Directly Observed Treatment (DOT) for TB and HIV, malaria and diarrhoea treatment, and maternal and newborn care. “I wanted to save lives in the village,” he explains. His patients are covered by the Mutuelles de Sante health insurance scheme, which has helped achieve near-universal coverage and includes the poorest section of Rwanda’s population free of charge. 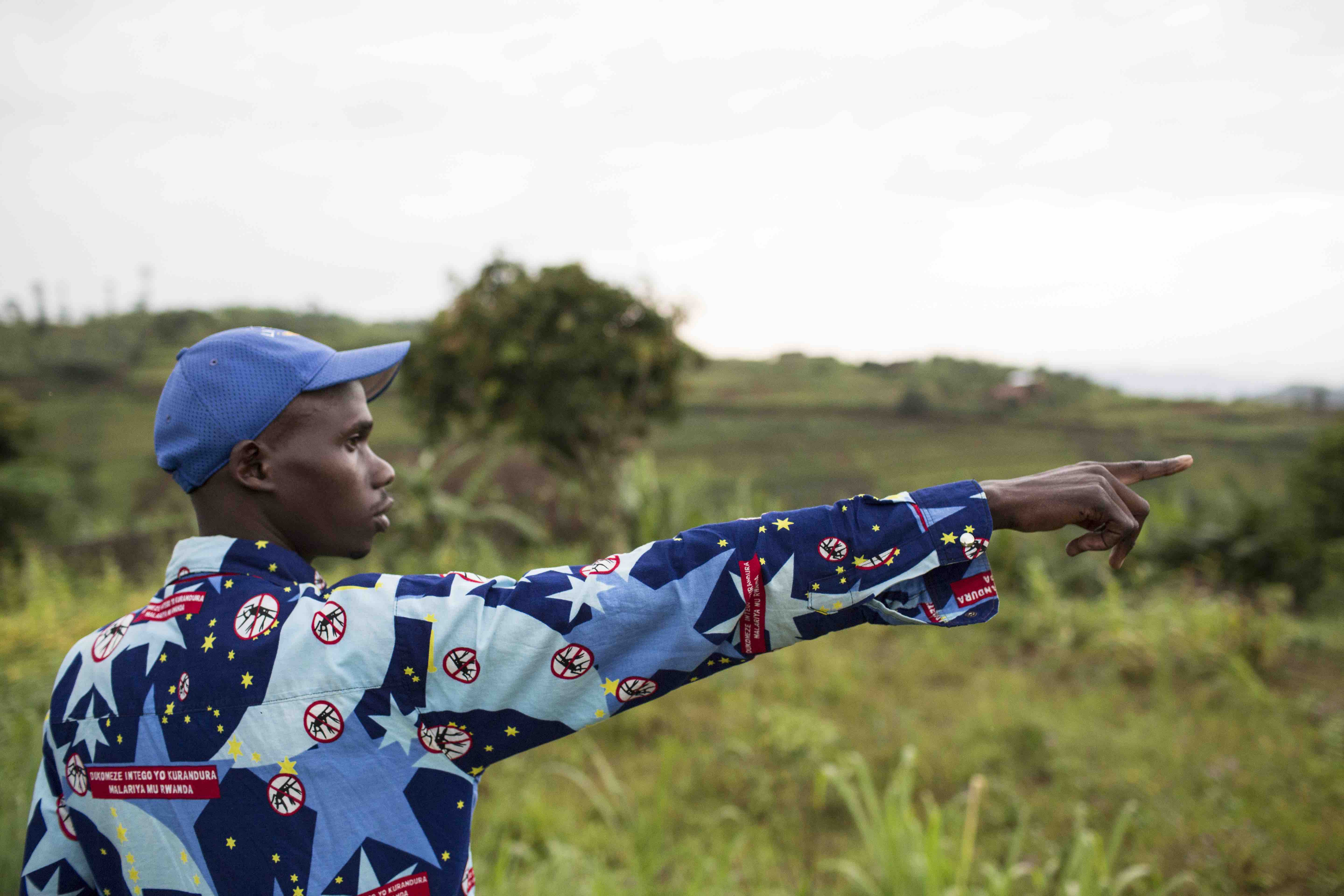 Theoniste takes two hours out of his daily work as a farmer to attend to the health of his community. First on his list is Ernestine Ituze, 19, who he diagnosed with TB six months ago. “When I found out, I was worried because it’s a dreadful disease,” she explains, from the doorstep of her family’s hut. During her illness, Theoniste visited her daily to ensure she took her medication but now returns once a week to monitor her family’s health, hygiene and important preventative measures like the use of mosquito nets. Ernestine’s recovery is just one many positive memories he’s experienced as a CHW, Theoniste explains, although helping ensure mothers deliver safely gives him the most pride. 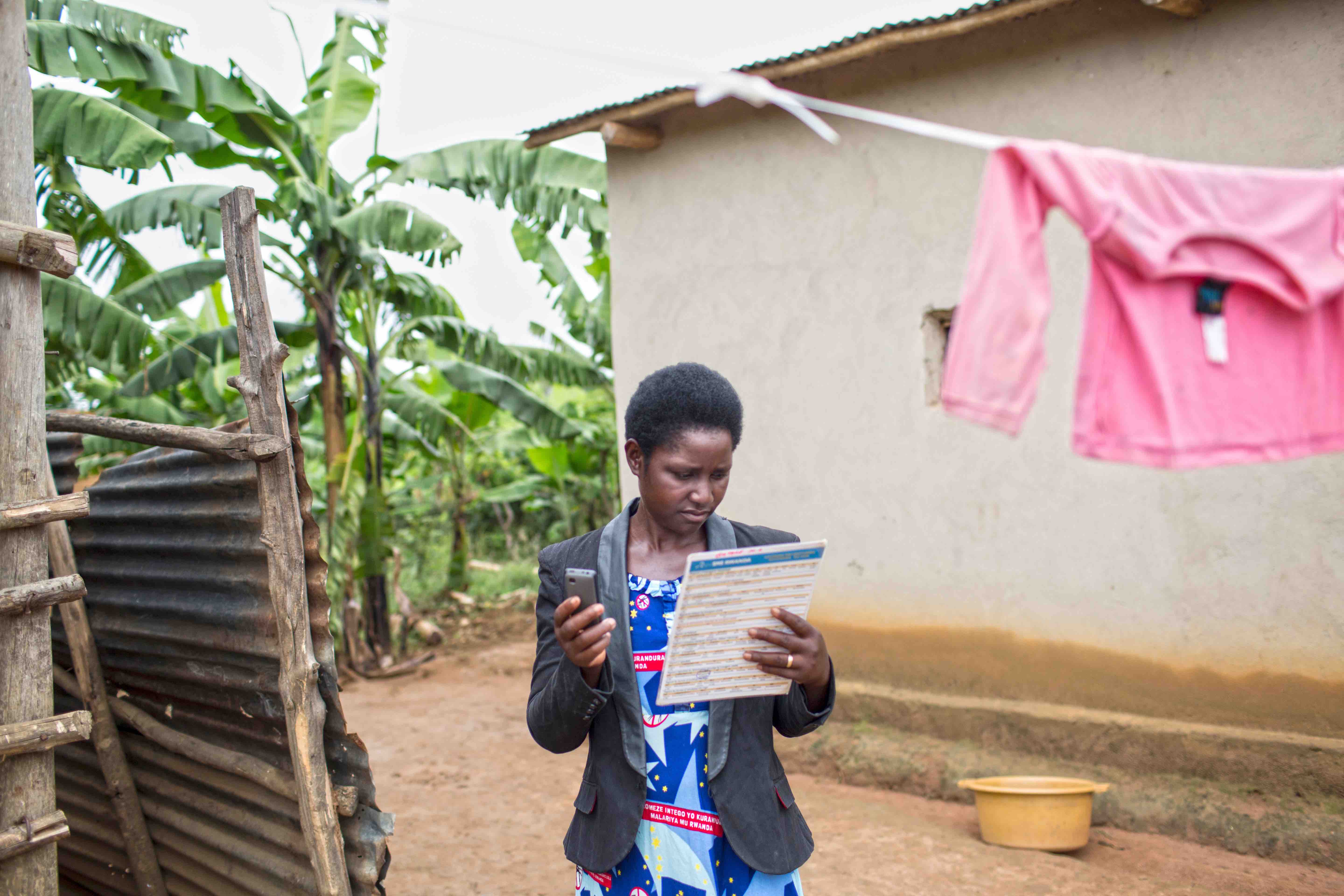 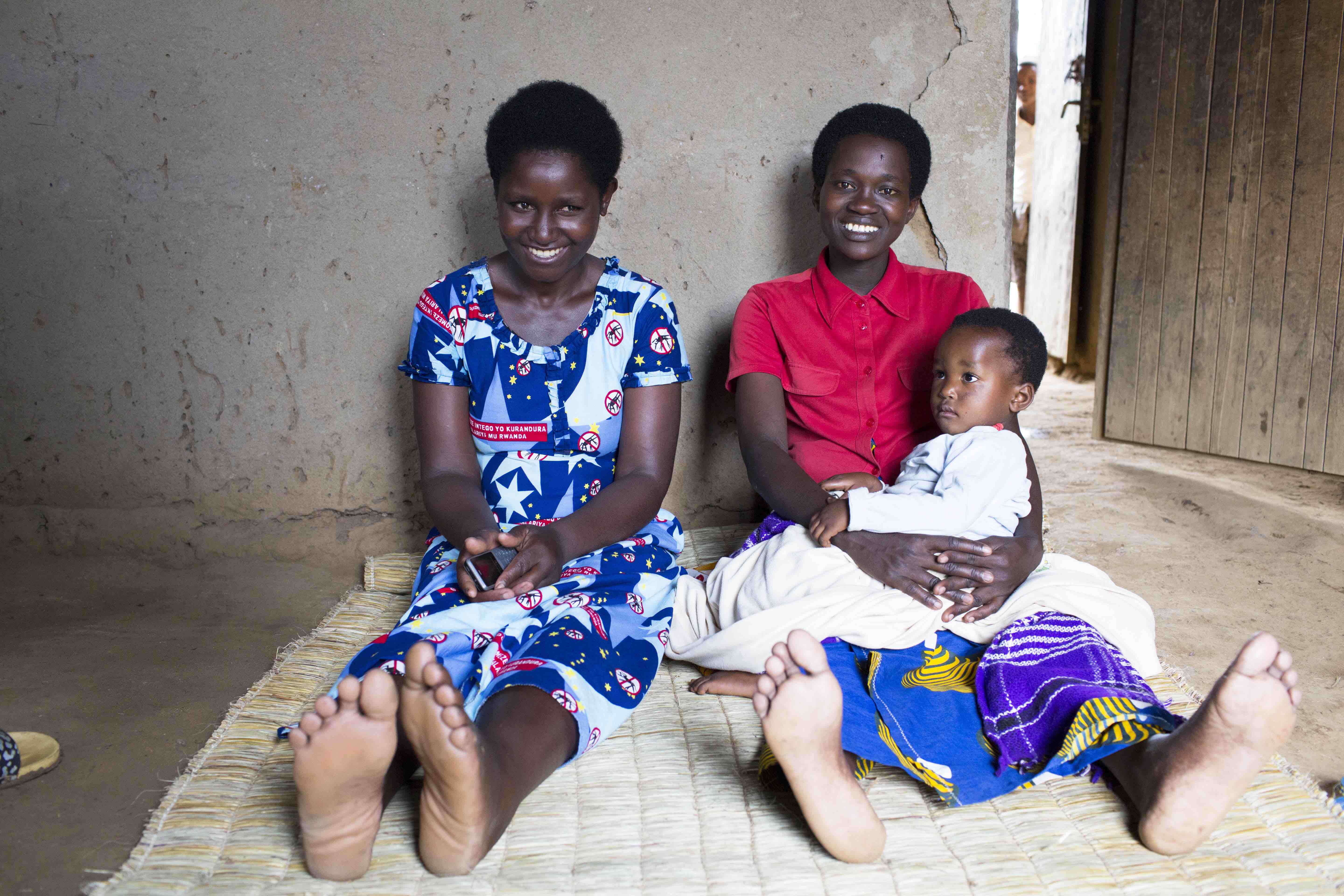 Liberata with one of her patients

At this level, Rwanda’s health network is built on grassroots connection between villagers, but each Community Health Worker is aided by technology, such as Rapid SMS, a low-tech, open-source system for maternal care that runs through text messages and has helped Rwanda reduce child mortality from 300 per 1,000 births down in 1994 to 42 today.

The Partners in Health-supported Butaro hospital, constructed from volcanic rock near the Congolese border, gives an idea of the future for Rwanda’s health system – and the huge obstacles that continue to stand in the way of progress. As it frees itself from diseases associated with extreme poverty, such as AIDS, TB and Malaria, Rwanda is building the capacity to face new challenges, more common in affluent societies, like cancer care, which is being led by Butaro. 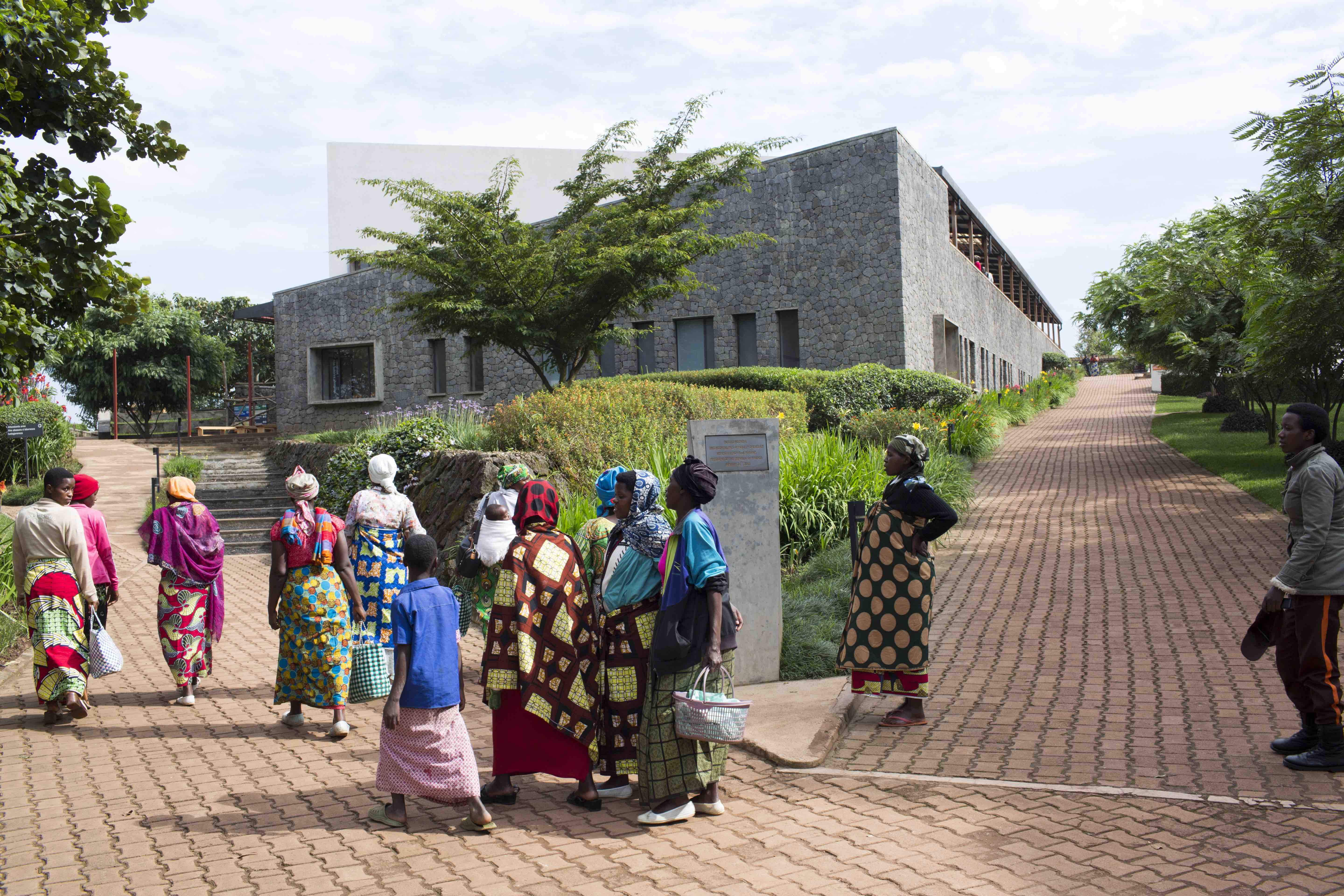 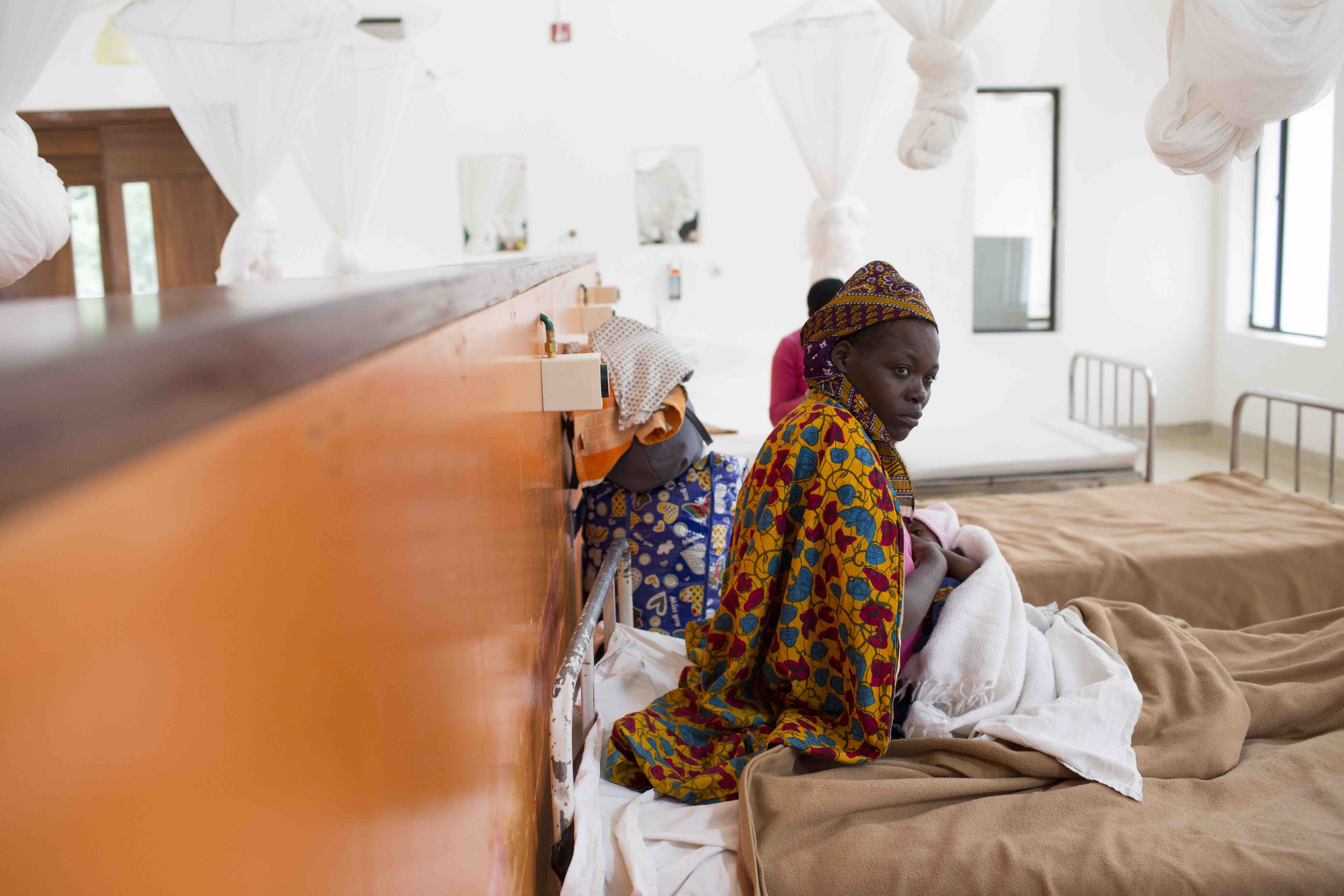 A new mother at Butaro hospital

Back in the capital, Minister of Health Dr. Agnes Binagwaho speaks frankly about the challenges posed by falling funding from the government and foreign donors over coming years. A trained paediatrician, she’s become a minor celebrity in development circles for the huge transformation she’s overseen in Rwanda, but is under no illusions about the struggle that lies in store.

“[We have been able to progress so far since the genocide] because of good governance, inclusive policies that leave nobody out and making sure people get a fair share of what resources we have,” Dr Agnes explains. “The challenge for my generation is to create the environment that will create greater opportunities for the next generation.”

To maintain its impressive progress, Rwanda will need further support in both funding and expertise from foreign aid organisations like Partners in Health, but also continued hard work, care and creative thinking from Minister Binagwaho all the way down to the grassroots and Community Health Workers like Theoniste. As he shakes hands and parts company with Ernestine to disappear once more into the thick vegetation that covers the hills around Mushishivo, it looks like Rwandans’ health is in good hands.

Linkedin
RELATED ARTICLES
OTHER ARTICLES
After blocking the Scottish government’s gender recognition reform bill, Westminster is now devising further changes to the law to make it harder for trans people to self-identify.
Theo McInnes’s photos of the annual event provide an intriguing snapshot of contemporary Britain.
Following the release of his debut single, Deyaz talks battling addiction, dealing with his struggles through music, and building a budding music career from his living room.
Photographer Becky Tyrell went down to the fading banger and stock raceway to meet a community desperate to keep it alive.
Tristan O’Neill’s shots of dancers caught in moments of reverie at the height of rave’s golden age are a testament to the UK’s legendary club culture.
A new film from Berghaus traces the story of Adam Raja, who left behind a turbulent upbringing to discover the healing power of climbing.