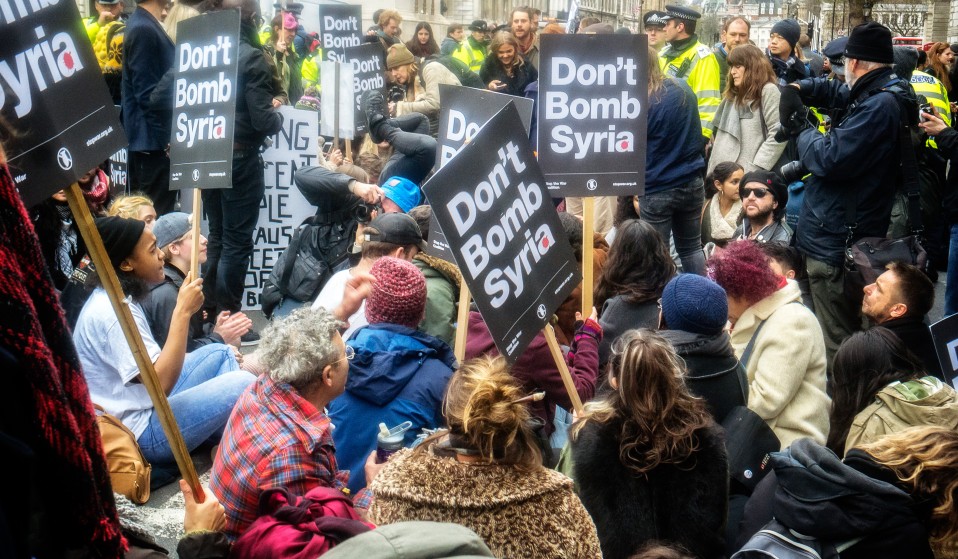 A children's safeguarding board warns parents that distrust of governments and the media could lead to extremism.

A London children's safeguarding board has warned parents that distrust of government policy and the mainstream media could lead to potential extremism.

Every young person likes to imagine their life journey is unique, but teenagers have been cycling through similar personal evolutions since the term “teenager” was coined in the 1950s. You will dye your hair, you will throw a fit at your loved ones, you will question authority and anything that seems like imitating your parents ideas or life choices will be avoided like the plague. It’s a familiar routine: youth in revolt.

But now, in a climate of state-driven hysteria when it comes to home-grown extremism, it could also be a sign that you’re about to pilfer the family kitchen knives and shack up with ISIS.

That’s according to the Camden Safeguarding Children Board in London, who have released a guide advising parents on how to spot the warning signs that their children are potential extremists. Many of the supposed ‘signs’ seem to indirectly criminalise regular, sulky teenage clichés, defined by the board as behavioural changes, transformations in social life and dress sense, along with a loss of interest in “previous activities and friendships.”

But while they admit that there isn’t anything necessarily worrying about the above, they argue that in conjunction with other, more dramatic changes, it should be a cause for concern. With an Orwellian overtone, these include “showing a mistrust of mainstream media reports and belief in conspiracy theories”, and “appearing angry about government policies, especially foreign policy.”

Framing anti-government rhetoric and suspicion of mainstream media as somehow synonymous with extremism follows a series of loaded terms to have found themselves folded into the British media narrative of late. Whether it’s the seemingly obligatory prefacing Labour leader Jeremy Corbyn’s name with the terms like ‘far-left extremist’, or David Cameron referring to those opposed to Syrian airstrikes as “terrorist sympathisers”, language from media and government seems to be increasingly policing the limits of acceptable political dissent. It’s a sign that government-backed schemes are very interested in targeting young Brits for suspicion, particularly the young Islamic population.

The £40m Prevent project has come under fire for its methods of weeding out extremism, including questionnaires asking children aged 9-11 in participating schools to agree or disagree with a series of incendiary statements. They included, “It is better to be a dead hero than live impassively,” and, “If a student was making fun of my race or religion I would try to make them stop, even if it meant hurting them.” A primary school in Walthamstow recently released to a parent the names of seven children determined to be ‘at risk’ as a result of the questionnaire, following a freedom of information request.

One of the biggest concerns over the reaction to the Paris attacks is that the western world is directly playing into the hands of Islamic State by promoting division, suspicion and violent retaliation. Informing parents that there is something wrong, even dangerous, about the young expressing distrust or frustration sets a worrying precedent. One that will only continue to fuel disenfranchisement, while delivering yet another punch in the gut to the angry, the vulnerable, and those that feel completely unrepresented by those with the most power.

Linkedin
RELATED ARTICLES
OTHER ARTICLES
Photographer Bud Glick recounts documenting everyday life in the area, and what it taught him about the Chinese immigrant experience.
One year on from the fall of Afghanistan to the Taliban, Tiara Ataii speaks to those who have been forced to make the treacherous journey to Europe for safety, and the barriers and horrors they have faced.
With the UK now set to run out of vaccines, people working in the sex industry – particularly outside of major cities – have been left especially vulnerable, reports Brit Dawson.
With the virus now a global health emergency, we must take steps to fight misinformation and demand a swift UK-wide vaccine roll out, writes Phil Samba.
To mark the premiere of his new documentary on surfing giant Gerry Lopez, the filmmaker and former pro skateboarder sits down to share his unique brand of wisdom.
A new series of photos by Johny Pitts shines a light on communities and subcultures that have all too often been overlooked.