News & Politics / Reportage / Young people in Caracas on their hopes, dreams and fears 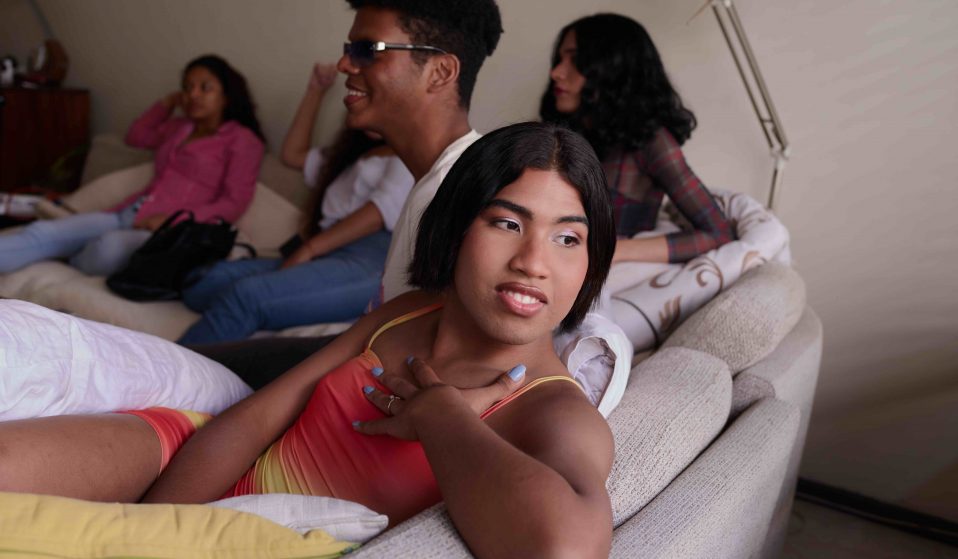 As the Venezuelan capital undergoes a cultural rebirth, we speak to some of the characters at the forefront of its nightlife.

As the Venezuelan capital undergoes a cultural rebirth, we speak to some of the characters at the forefront of its nightlife.

Venezuela’s recent history is characterised by crisis. In the past few years, Venezuelans have experienced a nationwide blackout, economic freefall, an unsuccessful coup-d’etat by opposition leaders and, of course, a global pandemic.

The Covid-19 pandemic in particular helped instigate a surreal revamp in a country historically committed to socialism. The Venezuelan government reversed many of its radical economic policies, opting instead for unregulated capitalism to try and fix the country’s woes.

As a part of this shift, the US dollar has become a staple of the local economy – a 180 switch, given it was illegal just a few years before. The ‘dollarisation’ of the capital city of Caracas has created a degree of relief and opportunity, although nobody knows how long it will last.

In this period, Caracas’ underground nightlife scene has found itself re-earthed. Previously, nighttime scenes were extremely exclusive – an homage to the antiquated Caracas where the wealthy enclaves hosted parties and opened high-end nightclubs in true Miami fashion. But now, a new generation of artists are reclaiming space, defining a new style of rumba – ‘party’ – on the west side of the city. It’s queer, diverse and proudly DIY, led by a new generation of Venezuelans looking to shape the city’s culture in their image.

Young people who grew up during the revolution are looking to redefine what it means to be Venezuelan – not in relation to the self-proclaimed ‘golden era’ of the 1960’s where Caracas was coined the cosmopolitan city of Latin America, nor to the political polarisation that has defined its recent history. Rather, they are defining it based on their experience, their visions, and platforming voices that have long been in the margins.

In the following testaments, Huck hears from some of them directly, learning about their work, their struggles, and what they believe the future holds for their city, and country. 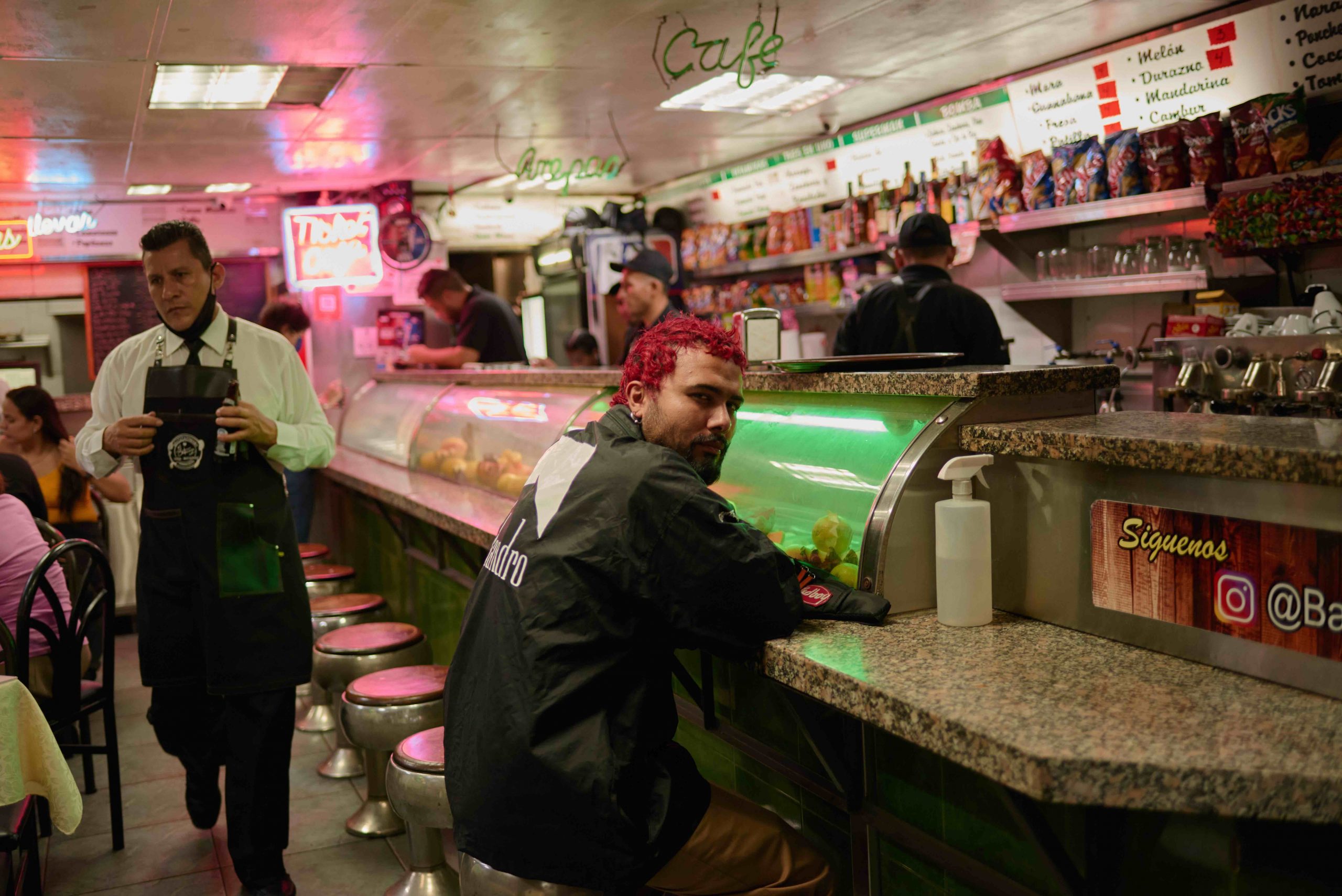 “I want to tell the contemporary history of Venezuela, from the ’50s to the early 2000s. I want to talk about all that in fashion. In my work, I want to [draw upon] modernist buildings that are in disrepair – exploring all the promise that there was in the ’50s, when we became one of the places that was more advanced, culturally.

“Subcultures have always existed, because there are people who are so excluded from the system that they have to create their own meaning. We need to create a narrative that gives meaning to life. If the hegemonic narrative excludes you, you have to generate your own narrative where what you are has value.

“To me, it seems Venezuela is in a transitional moment… the world will end up knowing a lot of things about the country that it didn’t know before. That there is a whole cultural movement that has its own music, its own style, and represents the country. This movement is not just talking about crisis… we are recognising ourselves.” 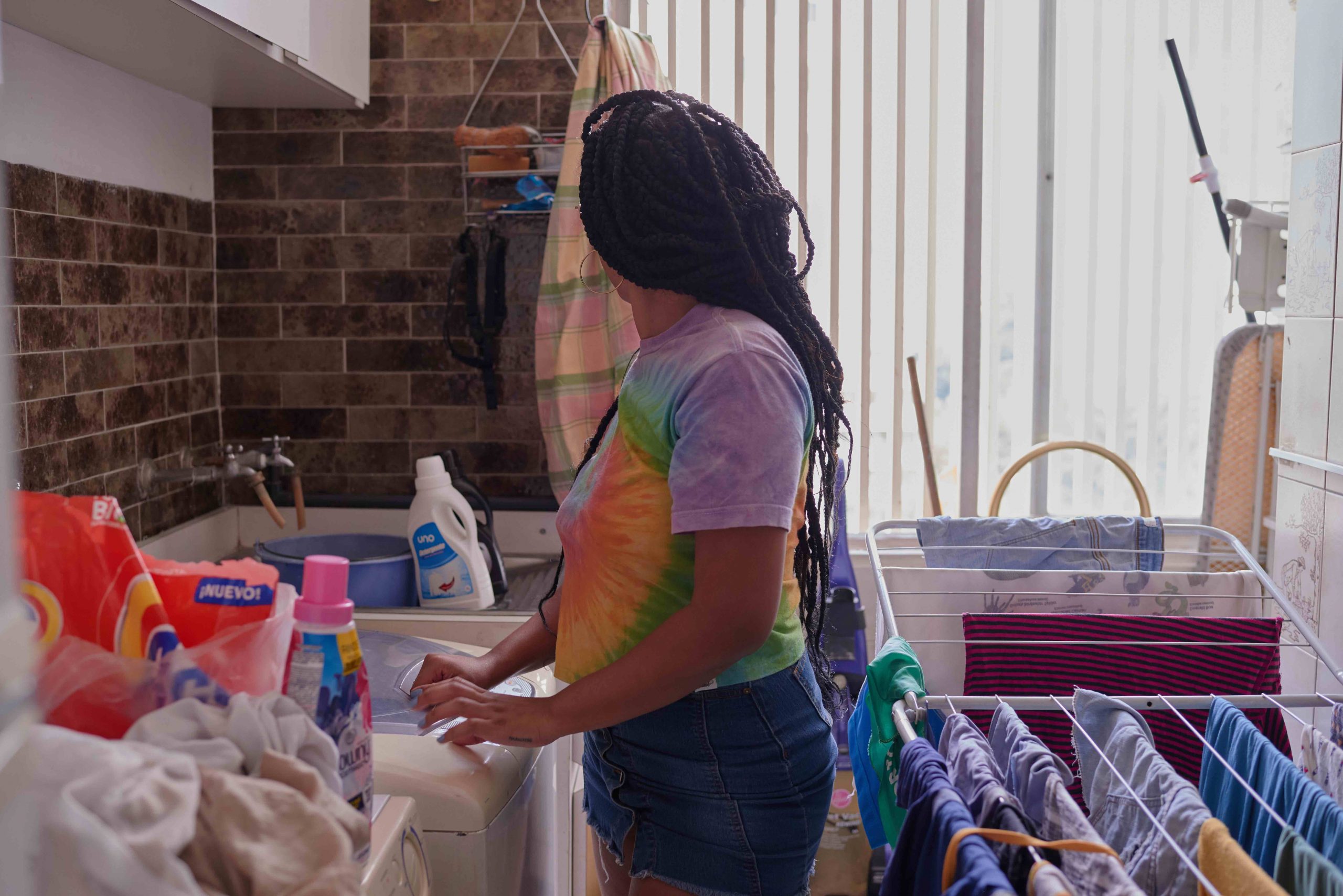 Andrea Paola, 27, activist and mother at ‘House of Chiquis’, a chosen family of queer and trans people in Caracas

“I’m a girl who is lucky enough to have an apartment and an extra big couch. I have lived alone in Caracas for a long time – I know what the context is to get a house. A lack of [permanent shelter] comes from poverty, from being a queer person, from being a person of colour. There is a situation of vulnerability that I am fully aware of. So I have decided to open the doors of my house, both literally and figuratively, to care for those who need it.

“I think, in a way, that this pandemic helped Caracas. People were very confined to their homes for a long time. But now that the city is opening up again, it’s a different world, and also a different country, to the one we had two years ago. There are possibilities, people are open to new things. I think that right now we are in a moment of transition. I think that there will be new definitions of what a Caracas identity means.” 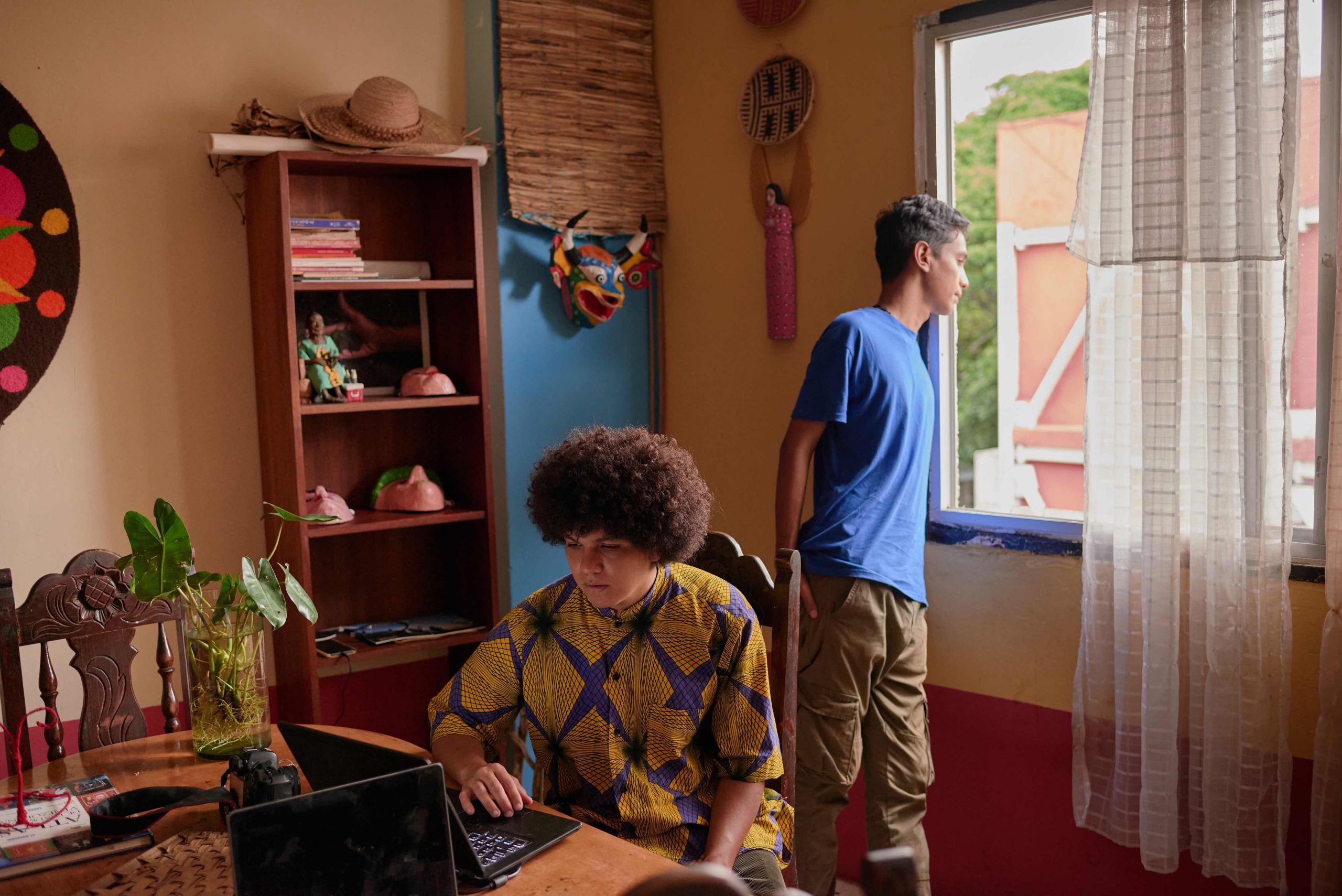 “I wanted to know a little more about my identity. This led me to investigate. What are the values ​​that represent us as Venezuelans? What are our codes? What is our knowledge? Who are we – what is the story we want to tell?

“I believe the new generations will create their own traditions. They are communicating that knowledge. We as artists have the need, or the responsibility, to talk about what is happening, to communicate this new Venezuela.” (Gabriel)

“Venezuelan [artists] need to create not so much as from abstraction, or from what they think, feel and like. But rather a place of, ‘How can I make my environment better? How do I make it grow?’ This is more than just a question of taste, or pleasure. 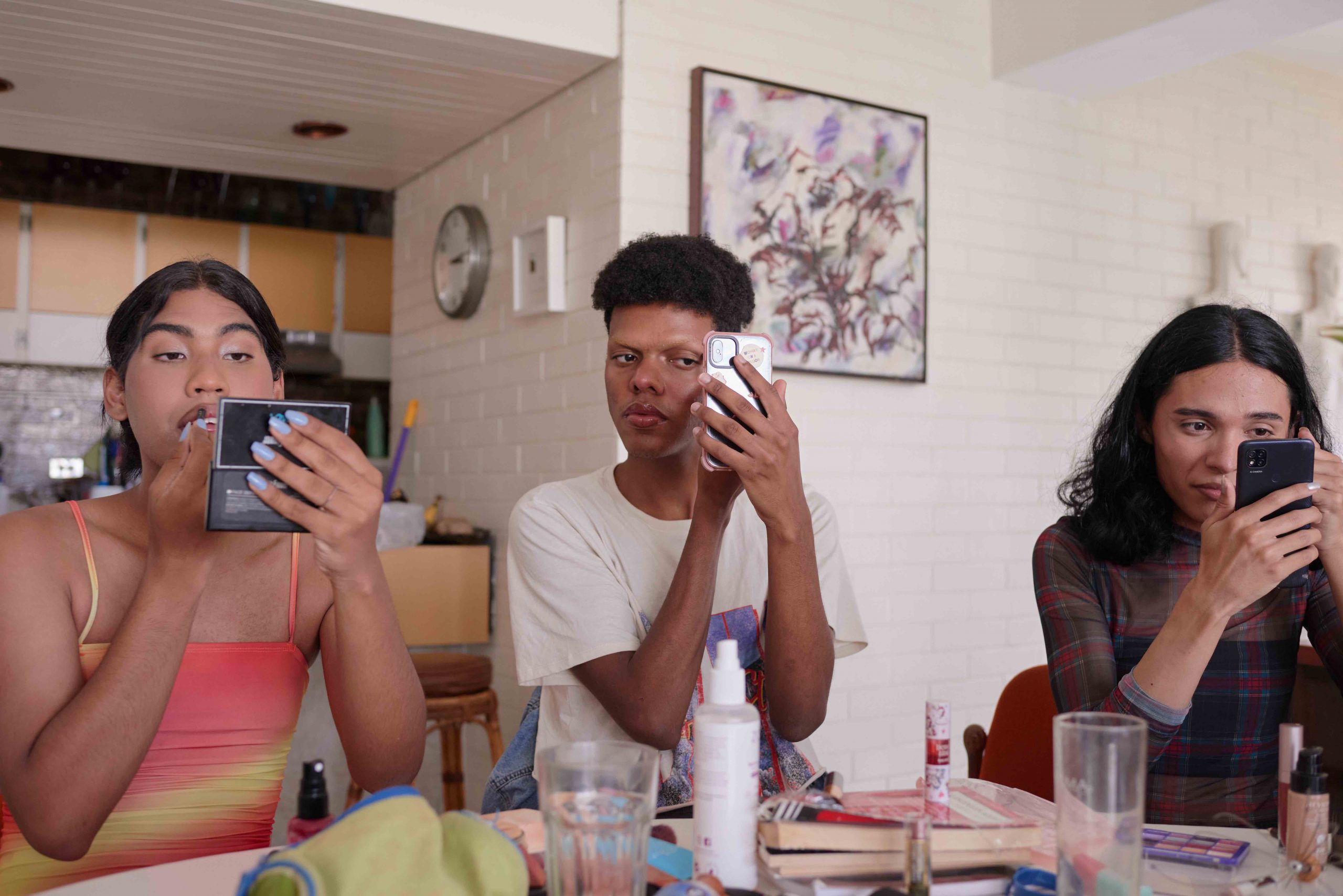 “The Caracas movement has incorporated a lot of trans women. But we need trans people making decisions, not just using them as fronts. Little by little, we are going to define what visibility really means.

“Being trans is an aspect of me that has carried me. But it’s not all that I am, or all that I want to be. It is part of my life, but it is not what I wear here on my forehead. I am 100 per cent proud to be trans, but I need people to recognise me beyond it. I’m a graphic designer, I’m a model, I speak English, I’m a creative director. I am all of these things.” 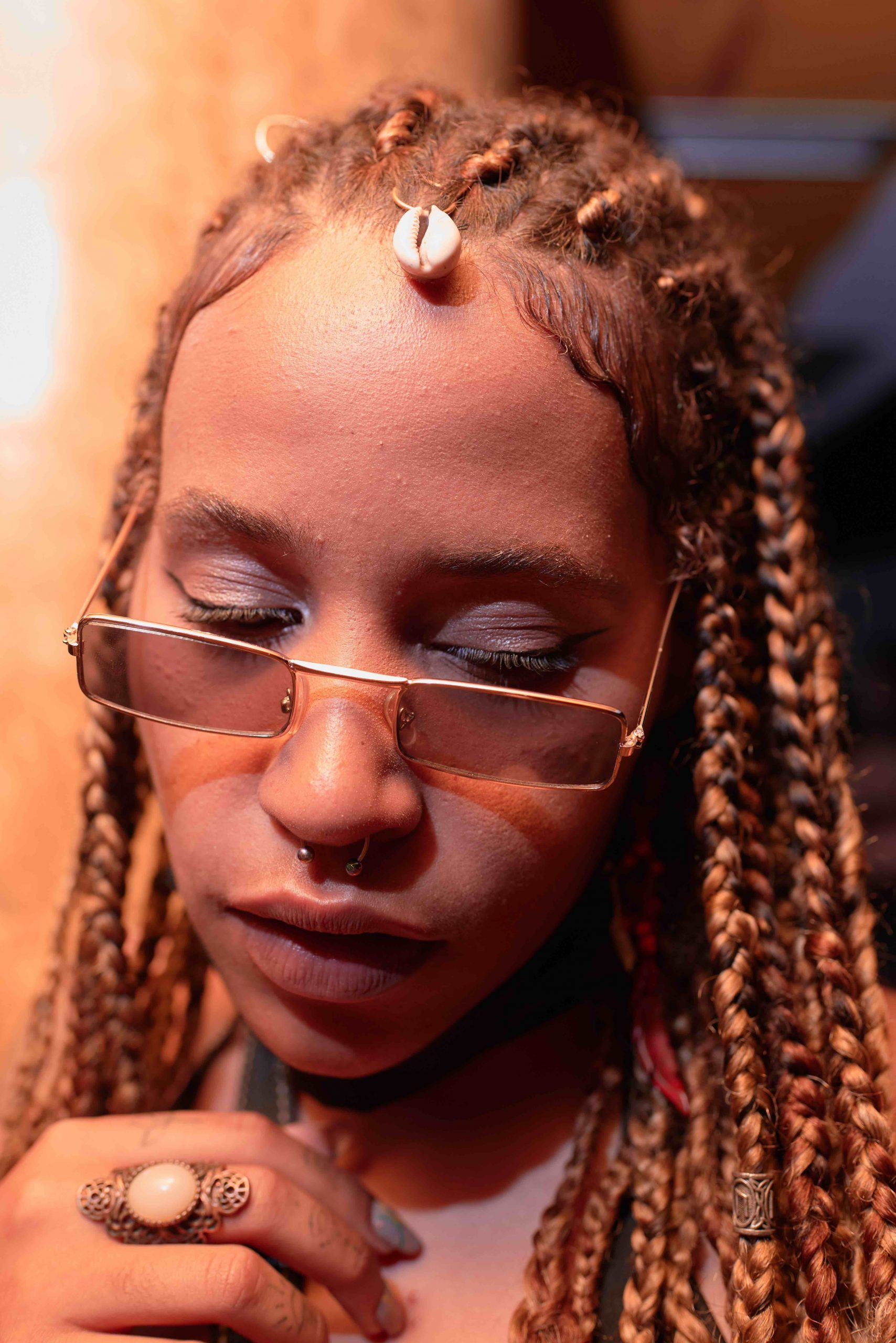 “I learned to braid my own hair when services became too expensive here. It was something my family enjoyed a lot and in fact it was like something that united us a lot in this environment. When I started, it was almost like my hands already had memory of what to do, even though I had never done it myself before.

“With each person whom I have the honour of combing, it goes beyond simply being a hairstyle. It’s a story of pain, a history of suffering, of struggle, of resistance, that has been part of the history of our ancestors and that we are still dealing with – and with many of the freedoms that we are fighting to obtain.

“It’s incredible how everyone in Caracas is doing work related to their identity – based on memories, based on stories, based on the family tree, based on what one lives constantly. To me it really is a beautiful thing. The way the culture is moving right now is amazing.” 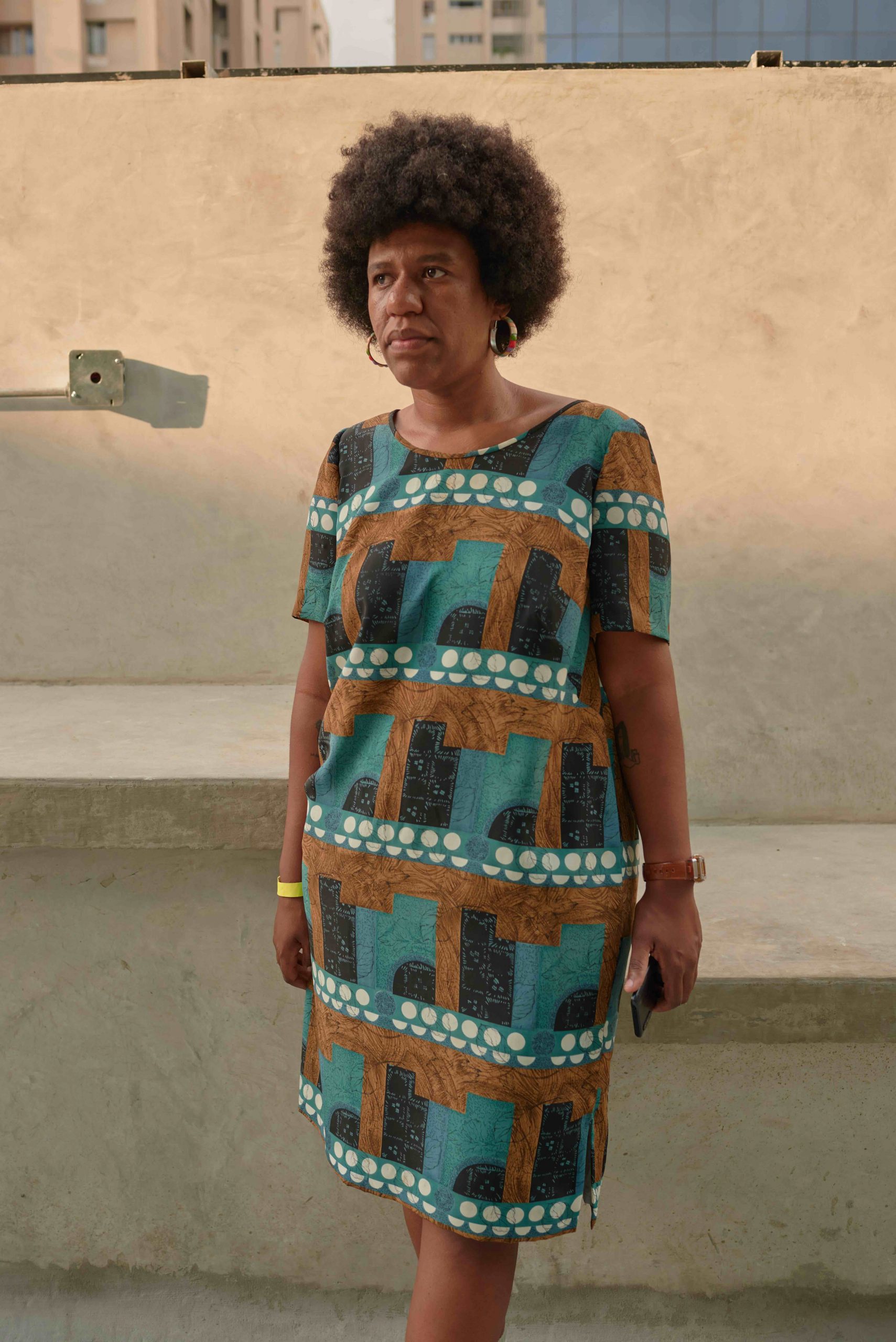 “I would define the Caracas culture as volatile. It has changed a lot. We are creating in different spaces, and sometimes we don’t recognise each others’ efforts or see them fully. There are so many [creative collectives and groups]: Esta Jevi, Makina Crea, Chacao, Ciudad Lab…and they are all necessary.

“We are all aware that there are cultural movements in different parts of the city. From San Agustín to Catia, La Pastora, El Hatillo. From the East [upper-class enclaves] to the West [popular, working-class neighbourhoods]. We are all doing things and many people – no matter where they are from – are becoming a part of it. We are breaking down those barriers. That is why it is very beautiful.

“I would like even more people to integrate and see a cultural movement that is even more diverse, that respects what each person is. One that includes, and does not exclude. That is what I would like to see.”

See more of Lexi Parra’s work on her official website.

Linkedin
RELATED ARTICLES
OTHER ARTICLES
A series of photos by the late Jerry Dantzic taken in 1957 show a tender side to the iconic Jazz musician.
In the latest instalment of Photographers in Conversation, the creator talks portraiture, platforms and taking inspiration from Little Simz.
Students are being left to languish in unsafe housing, in some cases leading to serious health complications.
Photojournalist Fiora Garenzi spoke with people still living in Eastern Ukraine, an area which seen some of the heaviest fighting since the war began.
With the virus now a global health emergency, we must take steps to fight misinformation and demand a swift UK-wide vaccine roll out, writes Phil Samba.
The author discusses her new memoir, which offers a sobering reflection on the racism and otherness she’s experienced along with a joyful celebration of her culinary heritage.