News & Politics / Sally Rooney’s solidarity with Palestine should be celebrated 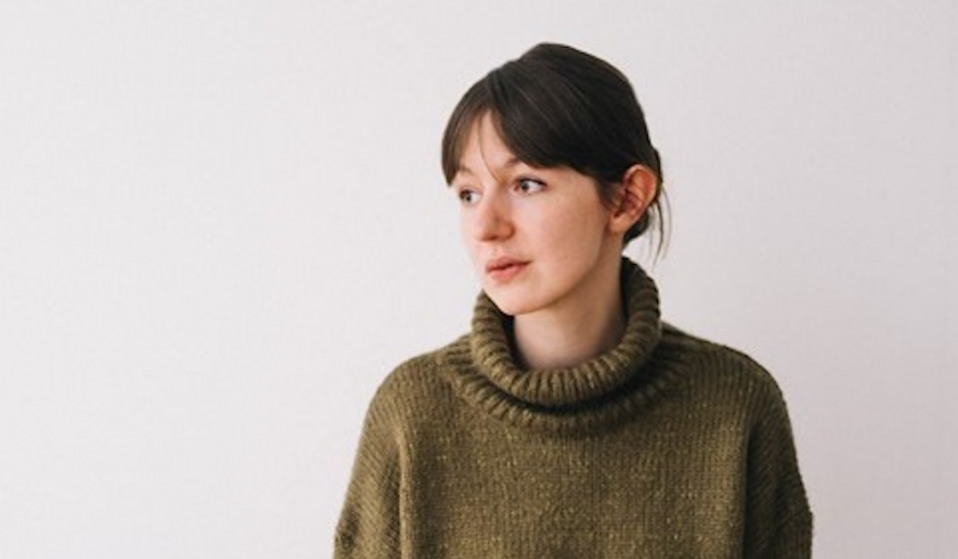 By falsely equating the boycott of one Israeli publishing house with an outright ban on the entire Hebrew language, Rooney’s critics sought to twist her principled support for Palestinian rights into an accusation of anti-Jewish bigotry, writes Aron Keller.

By falsely equating the boycott of one Israeli publishing house with an outright ban on the entire Hebrew language, Rooney’s critics sought to twist her principled support for Palestinian rights into an accusation of anti-Jewish bigotry, writes Aron Keller.

Sally Rooney’s latest novel is told in large part through an exchange of emails between the book’s two central characters: an acclaimed author, Alice, and her literary-editor best friend, Eileen. In one of these emails, Eileen complains to Alice about feeling increasingly alienated from cultural discourse and politically disempowered. “The mistake,” muses Eileen, “is that we thought we mattered”.

As yesterday’s melodrama over the translation rights for Beautiful World Where Are You makes clear, the issue of ‘not mattering’ in the realm of culture and politics is not one that should trouble the book’s author.

The controversy appears to have been triggered by an article for Jewish news website, The Forward, which claimed Rooney had turned down an offer by an Israeli publisher to sell the Hebrew translation rights for her book. Commenting on the news, journalist Ben Judah suggested that Rooney’s withholding of these rights amounted to boycotting “the Hebrew language – spoken by millions of Jews worldwide and Israelis of all stripes”. If true, this would indeed be a questionable tactic of resistance.

This line – suggesting Rooney was boycotting the Hebrew language itself and by extension, an entire religion – was predictably parroted by much of the right-wing press in their coverage of the story. The Daily Mail accused Rooney of “refusing to allow her new book to be published in Hebrew”, The Times reported (since amended) that she had “banned Hebrew translation” while the Telegraph quoted the Israeli publishing house in question, Modan, who claimed that Rooney “does not approve translation into Hebrew”.

None of these reports bothered to corroborate the claims made by the Forward article or wait for additional context that might shed light on the situation. The complacency with which prominent journalists recycled this disingenuous framing serves as another stark reminder of how quickly basic journalistic standards evaporate where left-wingers with anti-imperialist sympathies are concerned.

Will there be an apology to Sally Rooney from those who defamed her yesterday?

No. Because the story about her refusing to publish in Hebrew was a deliberate distortion designed to paint support for Palestinian human rights as antisemitic.

That’s how it works.

When Rooney’s statement surfaced via her agent the next morning, it became immediately clear that her position in relation to the issue had been grossly misrepresented. Far from enacting a boycott of the Hebrew language, Rooney clarified that she was in fact “very proud” to have had her previous novels translated into Hebrew. Her decision in this instance not to to sell those translation rights to an Israeli publisher which publishes books for the country’s Ministry of Defence is born of her commitment to the Boycott, Divestment, Sanctions movement (BDS) – a non-violent resistance tactic endorsed by Palestinian civil society to pressure Israel into complying with international law. The government is currently attempting to ban universities and local councils from organising BDS.

By falsely equating the boycott of one Israeli publishing house with an outright ban on the entire Hebrew language, Rooney’s critics sought to twist her principled support for Palestinian rights into an accusation of anti-Jewish bigotry.

Given the reputational risks that often accompany publicly supporting Palestine, Rooney’s refusal to modulate her position in the face of immense pressure is eminently laudable, and should be regarded as an exemplar for dealing with specious accusations of this nature. Not only does her statement reaffirm support for Palestine and BDS, it crucially shifts the focus from the confected outrage over her book’s translation rights to the very real violence and dispossession Palestinians face on a daily basis.

Referenced within the statement are two recent groundbreaking reports by leading NGOs in the region, Human Rights Watch and B’Tselem, both of which concluded by way of rigorous research that Israel’s regime of separate and unequal legal systems in the territories it occupies amounts to crimes against humanity, including that of apartheid.

On Monday evening (11 October), as the words ‘Sally Rooney’ and ‘Hebrew’ began trending on Twitter, reports surfaced that a prominent Palestinian activist, Mohammed Khatib, had been violently arrested alongside two left-wing Israelis for helping Palestinian farmers harvest olives on their own land. The harvest season in Palestine-Israel, which began last week, often sees Jewish settlers burning and vandalising Palestinian olive trees. In the West Bank village of Beita, up to seven Palestinians have been killed by the Israeli army in the last month while trying to access land for harvesting olives that are a primary source of their livelihood.

Israeli law dictates that the Jewish activists arrested alongside Mohammed Khatib must be brought before a judge within 24 hours, while Khatib could remain in custody for up to 96 hours without a court hearing. In a heartening gesture of solidarity, Jewish activists refused an offer to be released on bail, choosing to remain in custody with Khatib. While they were eventually brought before a civilian court, Mohammed was taken to a military tribunal.

Cynical attacks like those directed against Rooney are designed to divert our collective gaze from this violent reality. The false allegations levelled against her and others who dare to condemn the treatment of Palestinians like Mohamed Khatib are intended to ensure that the perpetrators can go about their business with impunity.

Campaigners for Palestinian justice should take comfort from the knowledge that such tactics reflect a growing sense of desperation on the part of Israel’s defenders, as public sympathy for its actions rapidly erodes. Yet as Sally Rooney’s courageous solidarity reminds us, the most effective strategy for countering an opponent’s lies is to relentlessly redirect attention towards the brutal truth they wish to conceal.

Linkedin
RELATED ARTICLES
OTHER ARTICLES
As the Scottish government announces a rent freeze, an activist with Living Rent who fought and won shares how they did it, and what must come next.
Thousands attended the annual event this year to wheelie through the city and call for ‘knives down, bikes up’.
A 37-year-old woman shares how her abortion led her to become a clinic worker, and the abuse she’s received in that role.
The idea that a younger generation is abandoning work has become a popular narrative online, but it doesn’t necessarily reflect reality.
Yesterday thousands gathered outside Buckingham Palace after news of the Queen’s death broke.
Ahead of the release of their first collaborative album, the producer and rapper talk psychedelics and the state of UK hip hop.