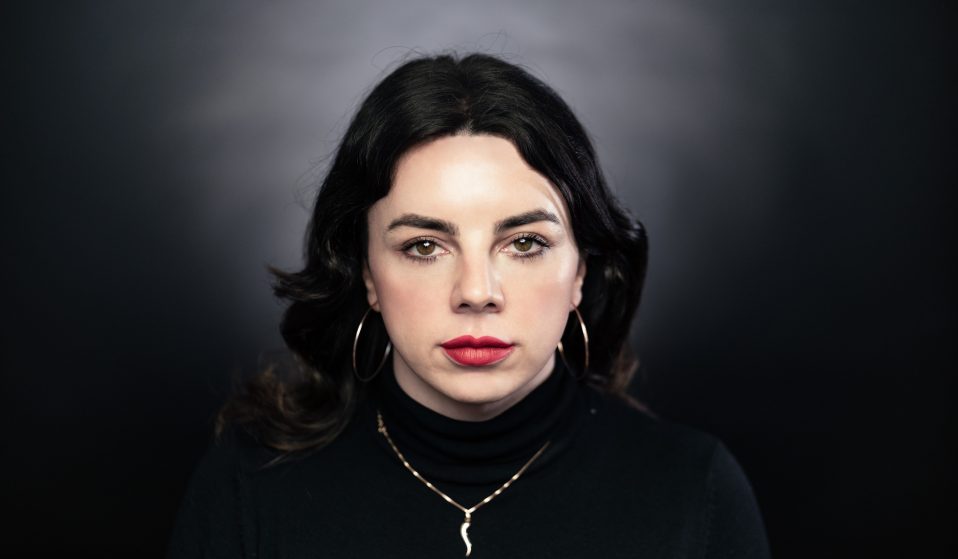 Ahead of the release of her new book, the author talks to writer Robin Craig about how trans healthcare must change, sex worker solidarity and what it will take to achieve trans liberation.

Ahead of the release of her new book, the author talks to writer Robin Craig about how transgender healthcare must change, sex worker solidarity and what it will take to achieve trans liberation.

Trans people make up less than one per cent of the UK’s population, but trans lives are increasingly presented as controversial culture war topics to ‘debate’. Over the past five years, public discussions around trans rights have been dominated by a media frenzy that rarely includes trans people in the conversation. Trans people are reduced to a talking point, a debate, or an ‘issue’.

In a landmark book, The Transgender Issue: An Argument for Justice (Allen Lane), author Shon Faye unpicks how this public discourse shapes and impacts trans peoples’ lives, covering a range of topics from representation of trans people in the media to trans survival in the prison system. The result is a book that is incisive and illuminating in addressing myriad aspects of trans life in the UK, without ever being dogmatic.

Huck spoke to Faye about how the conversation needs to change, what trans liberation means and the power of solidarity in liberating us all.

Your book is called The Transgender Issue. What made you choose this title?

I chose it because it was a phrase that really irritated me. It was one of the first things I knew about the book: it hasn’t changed since the first proposal I wrote in December 2018. I started to notice that people tend to discuss ‘the transgender issue’ and I’d just think, ‘that’s my fucking life!’. It epitomised everything I hated about the discourse I had been forced to participate in as a trans writer, which positions transness as this chin-stroking, conceptual problem by people who aren’t affected by actual trans issues.

Nevertheless, I thought it would be recognisable. I thought if I was going to write for a majority cisgender audience, who want to pick up a book and learn more about a ‘debate’ that they don’t understand, it’s best to use the phrase they are accustomed to hearing. Public discourse is dominated by cisgender people and what they mean by ‘the transgender issue’ is never actual issues facing trans people – they just mean their own anxieties. I thought it was interesting to take that from them and flip it back and say ‘well, actually, these are the issues trans people are facing’. It’s kind of a Trojan horse title.

How do you think the UK currently compares to other countries in terms of trans rights?

Part of the reason I use the phrase trans liberation, rather than trans rights, is because in Britain we have pretty good civil rights. You can’t be fired or denied a  service for being trans, you can legally change your gender, we have technically free healthcare. Our statutory rights are better than a lot of places.

However, discussing Britain in terms of trans rights is very different from discussing Britain in terms of trans liberation. What happens in Britain is that because these rights exist, it gives people license to assume that everything’s fine when, actually, it’s far from fine. It doesn’t matter if gender reassignment is a protected characteristic under the Equality Act if we’ve completely decimated legal aid and there’s no way a trans person can take an employer to tribunal, for example.

It’s like the idea of gay marriage as the end of homophobia: you can get married, but can you walk down the street hand in hand without being harassed? Probably not in all places. We do compare favourably to many other countries in terms of trans rights, but the surrounding cultural perspectives and power dynamics that can alienate people from those rights are very, very powerful.

A chapter in your book is dedicated to the decriminalisation of sex work as a core issue for the trans liberation movement. Why do you consider sex workers’ rights crucial to trans liberation?

I included a chapter on sex work because I thought it was bizarre that, every time I saw people talk about core trans issues, nobody mentioned sex work. The majority of trans women in my life have done some form of sex work to fund their transitions; the occupation that the most trans people have done is probably sex work. Right now, we can see many trans people freaking out over OnlyFans disappearing because it was how they were funding essential healthcare like transition-related surgeries.

It also felt odd to me that in Britain, we haven’t discussed the inherent connection between the feminist division over trans people and the feminist division over sex work. Any time trans people or sex workers speak, and these are often overlapping groups, they’re accused of being privileged and their voices redundant. Both trans people and sex workers are seen as part of a powerful lobby, yet their voices are never heard. So I saw the same skewing of the trans “debate” as I did with sex work, especially after I read Revolting Prostitutes.

In the book, you write that trans liberation cannot be left to charities and NGOs such as Stonewall. Why do you think this is?

I worked for Stonewall for four years. I think it’s done a lot in terms of its work with schools and youth groups, and I consider the work I did with the organisation valuable. In Britain as it currently stands, Stonewall is an important vessel to advocate for a lot of social improvements.

However, Stonewall has a lot of inherent problems, especially from the positions of trans liberation. Its presumption is often that prejudices like transphobia are bequeathed to us from a previous generation, and all we have to do is make a few changes and they’ll disappear. My analysis, in contrast, is that transphobia is a direct product of capitalism, racism, and state power.

In order to be viable, Stonewall has to cooperate with oppressive institutions and corporations, such as the Home Office and BAE Systems, that are antithetical to trans liberation. There is also the problem that Stonewall has never really sought to progress trans staff in its organisation into leadership roles. Even if you were to look at Stonewall through a liberal lens, it’s still entirely run by cisgender people.

I think it can’t be up to charities and NGOs to liberate trans people because they’re deliberately designed to plug gaps in social welfare. If we had a fully-funded welfare state, a proper trade union movement and workers’ rights, we wouldn’t have to be doing education sessions to make fundamentally oppressive institutions better.

You discuss how most of UK trans healthcare still relies on a psychiatric model, which has historically understood trans identity as a mental illness. In addition to this, wait times to access NHS Gender Identity Clinics (where hormones are usually first prescribed) are frequently years long, a situation that has only been exacerbated by the pandemic. How do you think UK trans healthcare needs to change?

For adults, trans healthcare should be on demand. You should be able to walk into a clinic, say you’re trans, get a blood test to check everything’s okay and then be given hormones that day. That’s what it should be for any adult. It’s insane to me that we don’t have informed consent clinics like the USA where, provided you have capacity to consent, you can get hormones. There should be no psychiatric model.

In terms of trans healthcare for children, the one thing that gender-critical feminists and I agree on is that GIDS [Gender Identity Development Service, the UK clinic for young people questioning their gender identity] is not fit for purpose. The service does not work, the people who work there pathologise children with bizarre ideas about attachment disorders in order to diagnose whether the child is trans. Ultimately you can’t diagnose transness, all you can go on is someone’s word.

I think it would be much healthier if we had an affirmative gender service that offered potentially trans children hormone blockers to grant them more time to decide on transition, alongside elective therapy where they could discuss any doubts or issues. Trans healthcare needs to change for both adults and children.

Why do you think solidarity between trans and LGBQ+ people is important for trans liberation?

So for me, I love the meme that’s like “I’m a woman of faggot experience”, because in my personal experience of transness, before I ever decided to transition to become a woman, I was marked as an incorrect kind of boy. A lot of cisgender gay men and lesbians are also seen as performing their genders ‘wrong’. To society at large, all LGBTQ+ people perform gender incorrectly and are punished for it in similar ways.

We all have shared experiences in terms of who abuses us and what their reasons are: oppressors don’t care about the distinctions between LGBTQ+ people. My formative experiences as a teenager were similar to the experiences of cisgender gay men I know, while a lot of my experiences now are similar to cisgender lesbians, because we’re all seen as doing gender wrong.

There’s also no time for us to not be in coalition. I think there’s a false optimism sometimes. With the climate crisis raging, we might be heading for societal collapse and we could really revert in a lot of ways, in terms of both trans and gay rights. There’s too much oppression and too little time for us to be fighting each other.

The Transgender Issue: An Argument for Justice is out 2 September 2021 on Allen Lane.

Linkedin
RELATED ARTICLES
OTHER ARTICLES
Proposals to introduce a minimum GCSE threshold for student loans will disproportionately affect those from marginalised backgrounds.
In the latest instalment of Photographers in Conversation, the chronicler of raves, protests and beyond explains why he’s drawn to such specifically visceral environments.
Photographer Bruce Gilden discusses his series documenting the overlooked factory workers, labourers and other people residing on the margins of English society.
For decades, an area of East London has served as a community hub for Vietnamese people looking for a taste of home.
In the wake of the decision by the supreme court to overturn Roe v Wade, thousands of protestors filled the streets to express their rage and anguish.
Thomas Hoepker‘s images taken during a road trip across America provide a searing social commentary about a divided country.