News & Politics / Should the left embrace the idea of heroism? 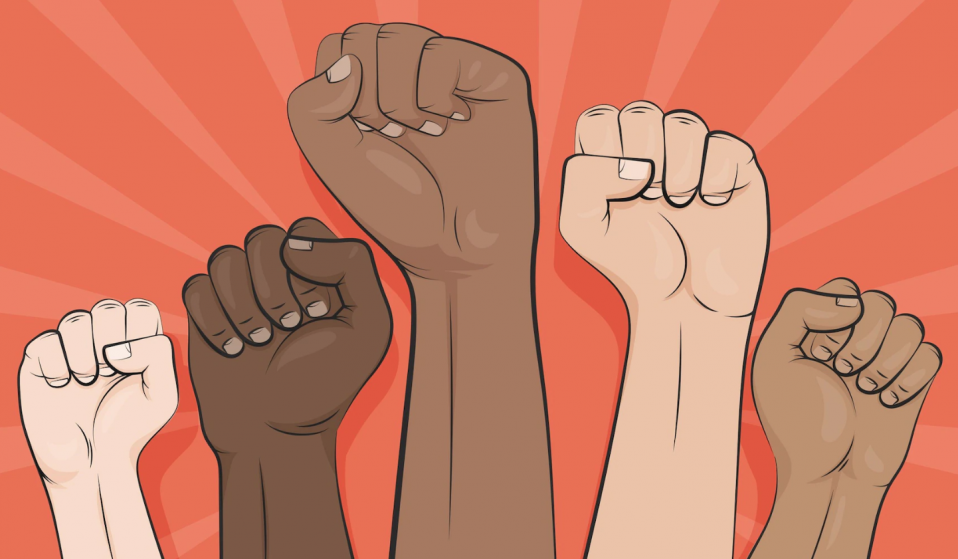 The editors of a new collection of essays explain why now is the time to redefine our understanding of heroes and heroism.

The idea of the hero has long been viewed with suspicion. Now, the editors of a new collection of essays are asking: what if we recovered heroism from the hands of the fascists and right-wing populists?

Amid Russia’s invasion of Ukraine, leadership and the role of the hero are more pertinent than ever. Given the different versions of leadership and heroism offered by Vladimir Putin, embodying the strong man view of history, and Volodymyr Zelensky, previously a sheepish everyman who has seemingly been transformed by recent events, what does heroism mean to us, and how should we aspire to be heroic?

For a long time, the left has viewed heroes and heroism with suspicion. This is for a host of reasons – World War II perhaps, or postmodernism, or punk – the ancient art of glorifying a single human being, or ‘putting someone up on a pedestal’ has become synonymous with a proscribed desire to rate, categorise and rank.

In practice, of course, this new decorum has arisen at the same time as inequality between individuals has deepened. Meanwhile, a new kind of mythic figure has thrived as never before. In the bleak dreamscape of 21st century capitalism, ‘icons’, ‘influencers’ and ‘curators’ are perfectly acceptable. Similarly, ‘celebrities’ and ‘celebrity culture’ (in sport, art, fashion and politics) are part of the lifeblood of an increasingly depraved system.

Quasi-authoritarian leaders like Trump, Orbán, Modi and Bolsonaro (and, lower down the food chain, desperate end- of-the-pier turns like Johnson and Farage) have dominated later neoliberalism, for all their bogus claims about being figureheads of a popular backlash against the status quo.

In this context, is there any room at all for the old-fangled, moth-eaten figure of the hero – or at least the related, but not necessarily insuperable, concept of heroism?

The contemporary left’s misgivings about heroism are understandable. An outlook that prizes equality and distrusts meritocracy might wonder what it has to learn from heroism. Yet such scepticism is as much a symptom of political defeat as it is sound egalitarian sense. 50 years ago, we had heroes like Marx, Engels, Trotsky and Mao, or perhaps Cleaver, Castro, Guevara and possibly even Baader. There was a verifiable roll-call of revolutionary virility, figures the left could call ‘heroes’.

These figures have fallen out of fashion, though, as armed revolution has declined, and the idea of heroism itself is often seen as a destructive concept by the left these days, representing macho posturing rather than creative invention or genuine compassion. Ideas and practices such as individual personality cults and exceptionalism have become the province of the right, with their embracing of populism and simple narratives of heroes and villains.

Having lost external signifiers of heroism, such as iconic left-wing leaders, the next step was to do away with its driving forces. Inspiration and the appeal to raw feeling became seen as toxic, tied up in immorality; the left began to focus on appeals to reason and structure, rather than mass appeal and the cult of personality. Instead, new and ever more exacting standards of perfect(ly moral) behaviour were required for a person to be worthy of admiration.

With this, the progressive left started judging individuals in a pedantic and negative way, ignoring the true possibility of redemption following weakness and struggle. As such, we lost sight of the ways in which we can all strive to be heroic, to become our better selves, even after periods of difficulty and weakness, and to inspire this in each other.

That said, as the essays we put together in The Repeater Book of Heroism all in some way show, a hero is, in spite of everything, something to be, something to want to be, and that the left can and should reclaim that aspiration. While acknowledging the validity of some circumspection to the idea, we must now, in our changing world, have the courage and the intelligence to try to recover more powerful, more subtle, more loving forms of heroism, or else surrender this ground forever to the right.

As such, we believe that recovering the heroic is a vital precondition of collective action – and therefore also socialism, or whatever term you want to apply to the radical dream of an alternative to our present system which enslaves individuals.

A fierce, even absurd (but never excessive) belief in the extraordinary capabilities of another human being presents an important moment, an opportunity for growth and optimism. Heroism can be found in the unlikeliest and most egoless of lives, often by those who simply existed in and of themselves, without a thought for greatness or glory.

It is possible – and vital – to hold a dual reality in our minds: that our fellow humans may be flawed in many ways, but that the possibility of heroism is always within reach for even the most conflicted and compromised of individuals.

Sneering at ‘cancel culture’ has become one of the favourite forms of attack for the right over the last few years – a way of trying to undermine legitimate forms of censure, criticism and debate that it does not like. Nevertheless, the highly politicised culture of the 21st century has fed the left’s tendency towards judging individuals with a complex set of shifting ideological criteria. It can leave little room for the possibility that someone who has once done or said something ethically dubious might still be capable of being – in a significant sense – a hero. Redemption can come to us all.

This attempt to recover heroism from the jaws of our enemies on the right, the populists and the fascists, is at the heart of this project. Your heroes do let you down. They have to, because they are human. But this should inspire us to be braver ourselves. The flawed, human side of heroism invites each new generation to find new ways to be inspirational and compassionate, and to lead one another forward towards a better future.

Linkedin
OTHER ARTICLES
Photographer Bud Glick recounts documenting everyday life in the area, and what it taught him about the Chinese immigrant experience.
The author discusses her new memoir, which offers a sobering reflection on the racism and otherness she’s experienced along with a joyful celebration of her culinary heritage.
Yesterday, rail workers came together to protest poor pay, working conditions and job cuts in their latest round of strikes.
Last week, Tower Hamlets council removed its nudity-restricting licensing conditions in a huge win for London’s kink community.
From the chip shops, to the bingo parlors and burlesque dancers, photographer Mike Coles remembers capturing scenes of holidaymakers by the English coast.
Students are being left to languish in unsafe housing, in some cases leading to serious health complications.