News & Politics / Siân Berry: ‘The war on drugs is a war of racial prejudice‘ 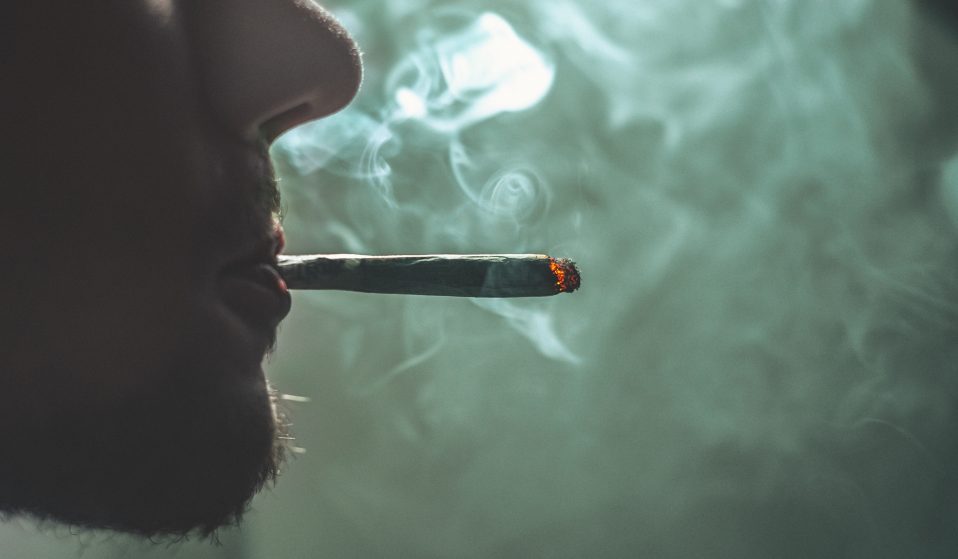 With drug-related deaths at a high in London and Black people still being unfairly targeted by drug policing, co-leader of the Green Party Siân Berry makes the case for urgent decriminalisation.

With drug-related deaths at a high in London and Black people still being unfairly targeted by drug policing, co-leader of the Green Party and Mayor of London candidate Siân Berry makes the case for urgent decriminalisation.

London has a strong reputation as a forward-facing city, with progressive values and ideas. But on drugs policy, we are regressive and conservative, even by the standards of other regions of the UK.

Of all the drugs deaths in England and Wales in 2019, 493 of them were in London — a number which is, jointly with 2018, the highest in 20 years. Yet we are seeing the police in London continue to use the most draconian enforcement tactics, and this year’s Conservative candidate for Mayor is still pushing the outdated idea that getting tougher on policing is the solution to problematic drug use.

The fact is, if you were trying to devise policy deliberately designed to ruin, shorten and even end lives, you would struggle to come up with anything more effective than the ‘war on drugs’ that has dominated recent decades of drugs policy in the UK. And the shocking new death rates just confirm it.

Harsh enforcement on drugs creates other problems too, intersecting and overlapping with wider issues of racialised policing. Before lockdown, this was already a problem. According to Release, Black people were more than eight times more likely to be stopped and searched than white people in 2016/17. This is despite the fact that the ‘find’ rate of drugs was lower among Black people than white people.

The Independent Office of Police Conduct (IOPC) was prompted to carry out its first-ever thematic review of London police complaints in 2020 in response to the concerns raised by data like this. It looked in-depth at several cases where Black men were targeted unfairly and uncovered examples such as Black boys with money being suspected of dealing, and two Black men fist-bumping being accused of exchanging drugs. In two of the five cases, the IOPC looked at the sole grounds given for the stop was the smell of cannabis. The war on drugs isn’t just a war on public health – it’s a war of racial prejudice.

The current Mayor has allowed the police to brush away this recommendation. In my role on the London Assembly in the Police and Crime Committee, I have seen both the Deputy Mayor for policing and the Deputy Commissioner of the Met trying to claim that the problem with disproportionality in stops related to cannabis was simply one of record keeping. In other words, that officers were simply not recording all the other ways they were suspicious of the Black men who complained.

It is really worrying to see how the police have pushed back on the IOPC over this, and how the Mayor’s team have let them, especially as recommendation one from their report was about police officer lack of understanding about the impact of disproportionality. This lack of understanding seems to extend right to the top.

As Mayor, I’d do this job properly – both as a leader and the person tasked with holding the Metropolitan Police Service to account. It’s clear the Met needs to get on with this, stop wasting officer time, and learn from mistakes that have so alienated communities of colour in the city. I’d push its leadership to fix stop and search immediately so that no-one is stopped simply on suspicion of possession, and particularly not from a smell.

The war on drugs has gone on longer than my entire lifetime, and well past its sell-by date. We can take a new approach.

A couple of years ago, the Green Party adopted the most ambitious and progressive drugs policy of any major party in the UK, with a pledge to decriminalise all drugs. Why would we do this? Because it gets good results. Portugal decriminalised personal possession of all drugs in 2001. Since then, drug use is at a lower level than the European average, HIV infection rates have collapsed, and deaths from drug use have fallen too. Portugal is not alone. Around 25 other countries have turned their backs on prohibition.

This year marks the half-century of the Misuse of Drugs Act (1971), a piece of legislation which sought to stamp out drug use through brutish and moralistic force – bringing in a regime of prohibition, policing and punishment. After 50 failing years of the war on drugs, it’s time for a fresh start.

Linkedin
RELATED ARTICLES
OTHER ARTICLES
The government’s failure to take long Covid seriously has led to the formation of a group campaigning for the thousands of forgotten victims of the illness.
To mark the anniversary of the mass trespass of Kinder Scout, a group of hikers came together with the intent of creating a new, fully inclusive culture for rural spaces.
Our new magazine is here, starring the inimitable Mitski. Order your copy now and join us on a trip around the world.
In the last of our dispatches from OFFF Barcelona, Rufus Deuchler and Vincent Gault discuss the future of creative process.
A group of Ukrainians living in Poland are helping Ukraine withstand Russia’s brutal invasion by buying supplies and shipping them directly to the war’s frontlines.
Over the weekend, London locals came together to resist a pre-planned police raid targeting delivery drivers.